What Bothers You About Your Car? 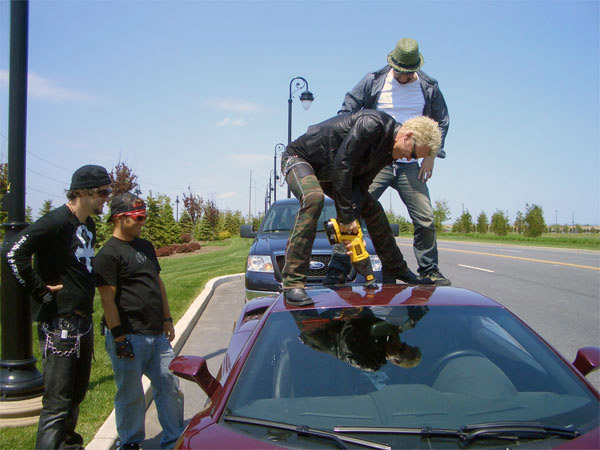 I am no engineer but I know a few things about functional design. Since I have a degree in Architecture (and too many engineering courses) there was always one underlying theme when designing buildings; design for how people will use the space. Sounds simple enough but if you actually think about every aspect of utilizing the building for its purposes, examine all of the data and then delve into advanced concepts like sociology, you’ll find out how people, the climate and unforeseeable circumstances can be outside the norm causing the design to fail. Much of a good design is a result of simplicity and common sense to cover every possible angle that can be imagined.

So when a car company designs a product, you’d think they have obsessed over all the details during that lengthy design cycle. During the final stages they would run it by QA engineers and focus groups to thoroughly test it out in real world conditions to find what consumers might encounter. We are talking millions of dollars because Toyota for example claims to spend $1-million a day on R&D. That is in the neighborhood of $210-million per year if you consider business days less the holidays. 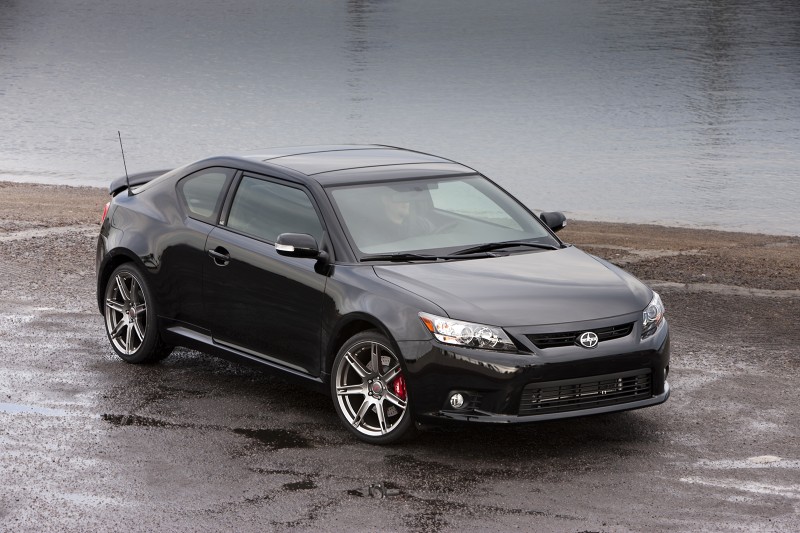 Even though I test around 25-30 new press cars per year, some design flaws and blatant oversights leave all kinds questions remaining. Once in a while, I can’t wait to slip back into the comfort of my 10-year old BMW 740i after some less-than-pleasant week-long experiences with brand new cars. The 7 isn’t immune to design flaws either but most of them surround the use of weird alloys or dissimilar metals causing corrosion. Without getting too much off topic, aside from that there really isn’t much to beef about with this car.

With all of the advancements in auto design today there are still so many issues that need to be addressed. Number one for me is the fact that the dash lights are illuminated while the day-time running lights (DRLs) are on.  Why? Because people in modern cars are running around city streets without their headlights, side markers or tail lights on. I can’t explain why 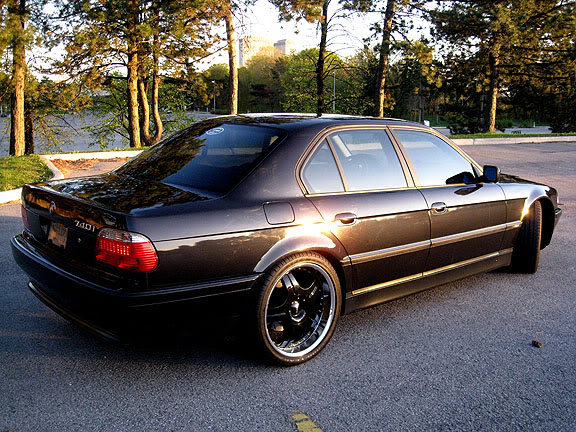 they do it (or why they have a license either) but I see it all the time, people motoring about using their DRLs to light the way. Newsflash: other motorists can’t see you.

Don’t get me started on tire pressure monitoring systems. This "mandatory" piece of equipment is important to both safety and to the environment … but not all of them work properly. I can’t count how many new cars I’ve hopped in, where they were malfunctioning because the tires were checked to be fine. Oh and when you go to upgrade the wheels or possibly get a winter wheel and tire package on your fancy new car, enjoy the extra $300 or more extra TPMS sensors tacked on. Skip the extra expense and you have a glaring warning light on the dash.

Fuel filler doors are also kinda sketch. Since I drive so many press cars (and own five) it is always mega fun when I forget which side of the car the fuel door is on. New cars at least have an arrow in the gas gauge pointing to the correct side but the old school way was to get out of the car to look. I miss the old GM days when they hit it behind the flip down license plate. But seriously, why no standardization? Personally, I prefer it on our passenger side because opening the door to slide yourself out at the pumps is often impossible with displays, concrete bollards and crates of random merchandise in the way. And to prevent all of traffic jams at the gas station, how about making the lanes all one way?

How about those obnoxious tilt steering releases on the bottom of certain columns? Many of them stick out but they really should be flush because I don’t know how many times I’ve slid in or out of a new car and cranked the side of my kneecap on those – it really ouches. It is simple, make it flush or on the side of the column so I’ll never have to worry about it. 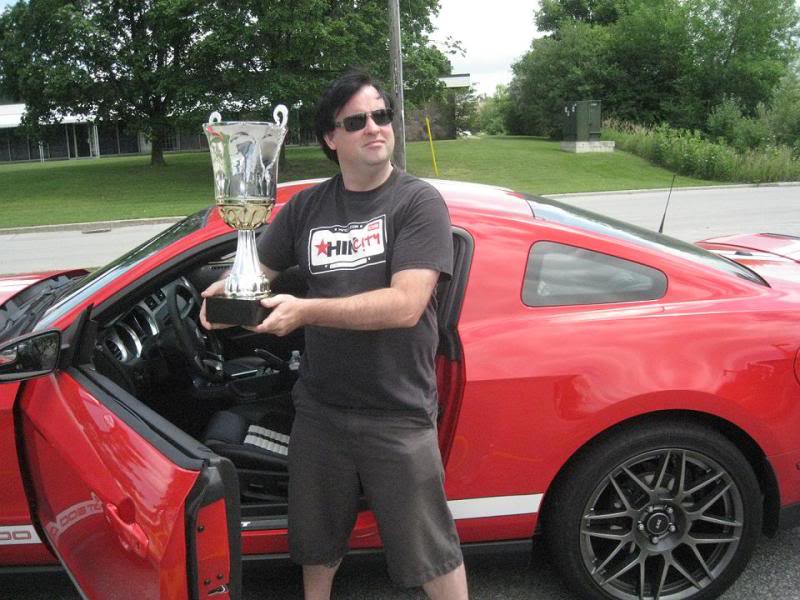 Audio systems that do not follow the conventional standards of single and double DIN can be a pain. We’ve seen everything from ovals to hexagon-shaped OEM stereo systems and can only come up with one reason; they never want you to upgrade. The problem with wacky OEM stereo formats and all kinds of integration with navi and climate control is that your ability to personalize you car goes out the window, which isn’t fair. The issue is so widespread it has sparked a whole industry to get factory items and steering wheel controls to play nice with upgrades. Whomever designs an iPad app that runs all of the climate controls and buttons it replaces in the dash is going to be a billionaire.

Anything embedded in the windshield should be banned! If you have an antenna in your field of view it can be annoying but it’s the defrosters that are posing a real headache. Once only found on lux 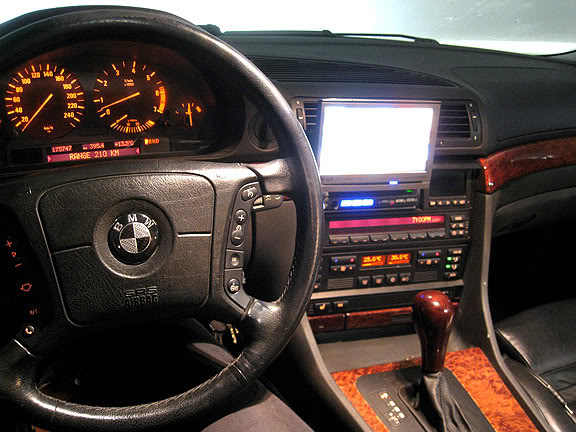 ury cars, the front defroster located down by the wipers helped keep them clear of snow and ice. These days they are more common but one luxury car manufacturer has decided to take it to extremes and embedded thin gauge defrosters all over the front windshield! I’m not going to mention which vehicle because you may not notice yet but once you do, that is all you will focus on. It took me one day to zero in on these vertical bars while driving a $110,000 press vehicle and for the rest of the week, I couldn’t stop staring at them instead of the road.

Noisy engines and gear boxes. There might be a million reasons why a new car might sound like a tank but I’d expect that to be on the more inexpensive models. Some drivers of sport compacts want that audible connection to their car but not when you own a luxury car or a family car, you want that to be smooth and quiet. I’ve tested new V8-powered luxury cars that sound like diesels and there really is no excuse for that. Sure you might have insulated the cabin from all that racket but do you really want other motorists to hear an engine or drivetrain that sounds like its broken?

I just can’t resist taking a stab at Electric Assist Steering as well. SUVS, sedans and kiddie haulers alright, we get it but the electric steering has no place on sports cars and sedans. We’ve found that around the twisty stuff some systems out there can’t respond fast enough to quick changing directions and sudden movements. We’ve auto-crossed a couple cars with electric steering and it really threw off our game with a delay that caused a few milliseconds of ultra hard steering response. 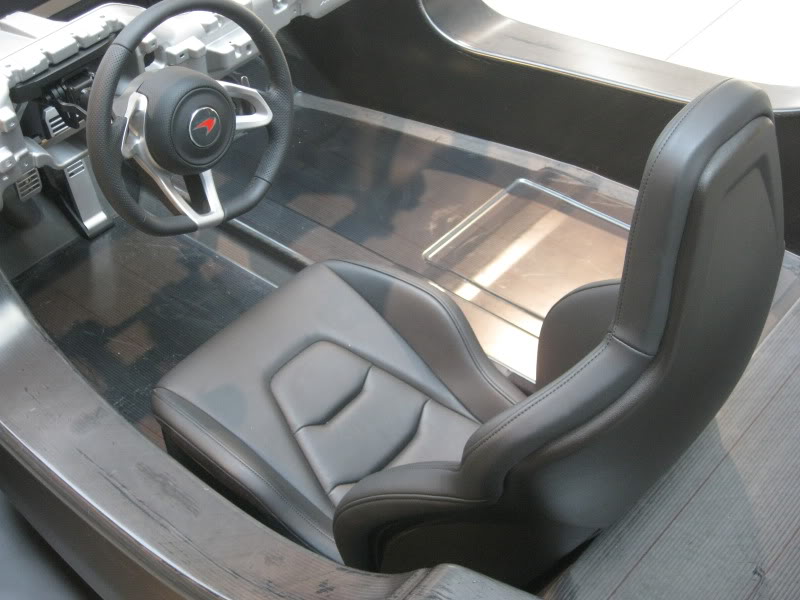 I could go on but I won’t. The engineers and product managers really need to do their homework. We are living in an era when supercomputing is affordable, CNC-machines do everything to exact tolerances and focus groups around the world can be accessed via the internet in an instant. Some of my favorite cars of all time were designed in an era when none of that existed, which only leaves us asking; what is the excuse for cars of today?