To Infiniti and Beyond: Daren Singh's 2012 Infiniti G37 Coupe 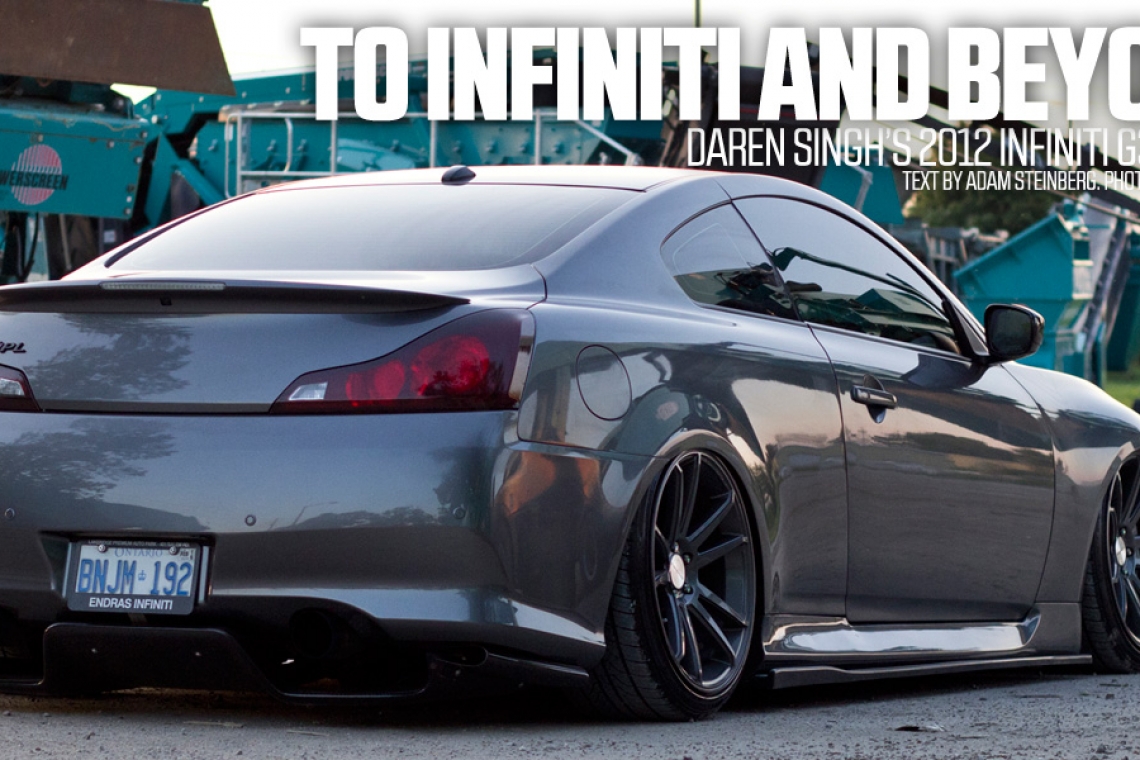 As the story so often goes, Singh’s passion for sports cars and high-horsepower engines comes from the time he spent as a young child in the garage with his father.

“My dad would show me things on the car and how to fix it,” recalls Singh. “I took his knowledge and put it towards my car.”

This originally translated into a 1998 Infiniti QX4, but eventually Singh began looking for a new challenge and a pristine show car. After hours of research he finally made the move on a 2012 Infiniti G37 Coupe, fresh off the lot. Sometimes though, the knowledge you’ve gained isn’t enough to realize your dream, and that’s where Team Mayzn comes into play.

“In 2013 I joined Team Mayzn (an elite show car team), and with the help of Jagraj Grewal and his team at Co-Up Auto Body, they took my vision and completed it,” says Singh.

What exactly was this vision? 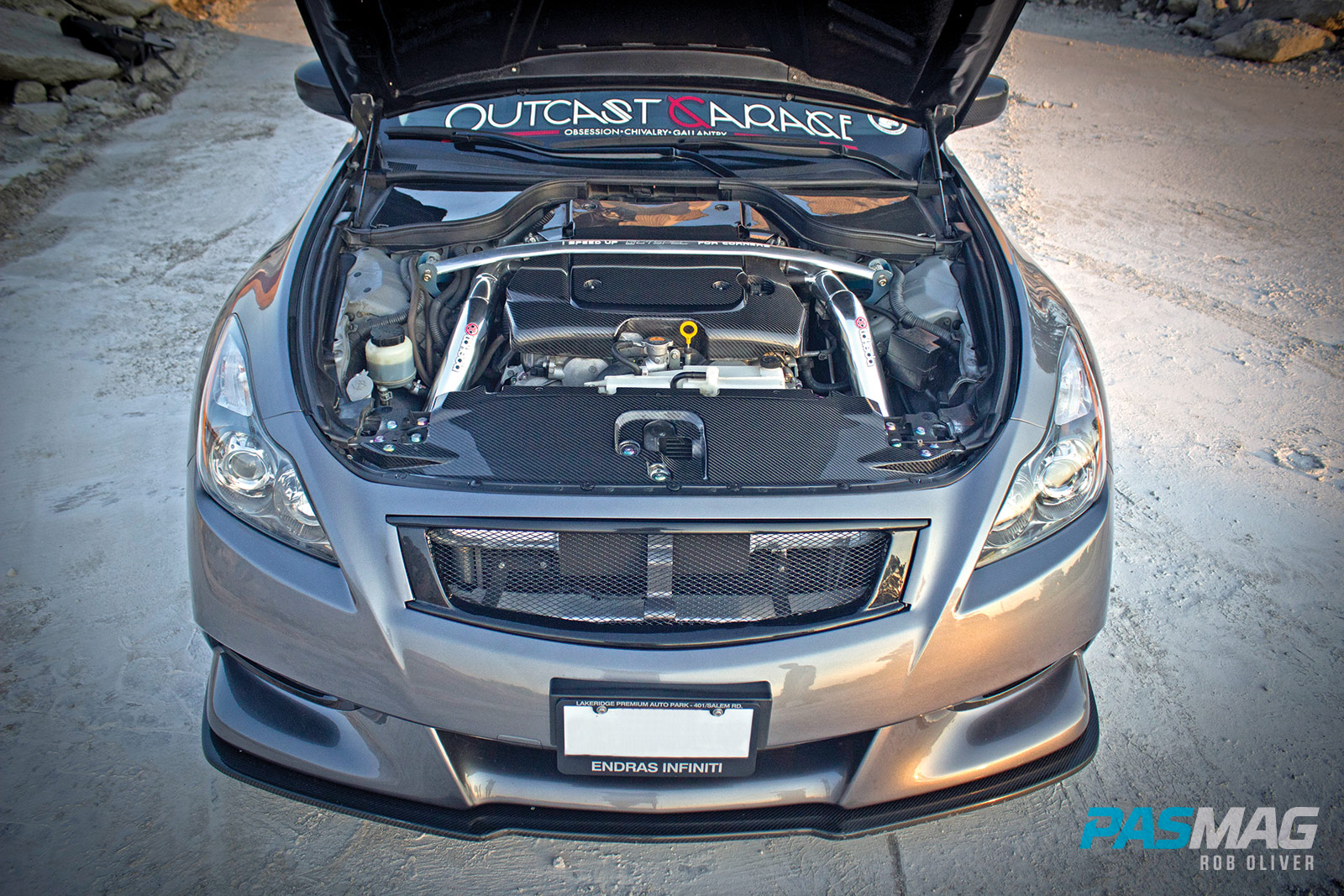 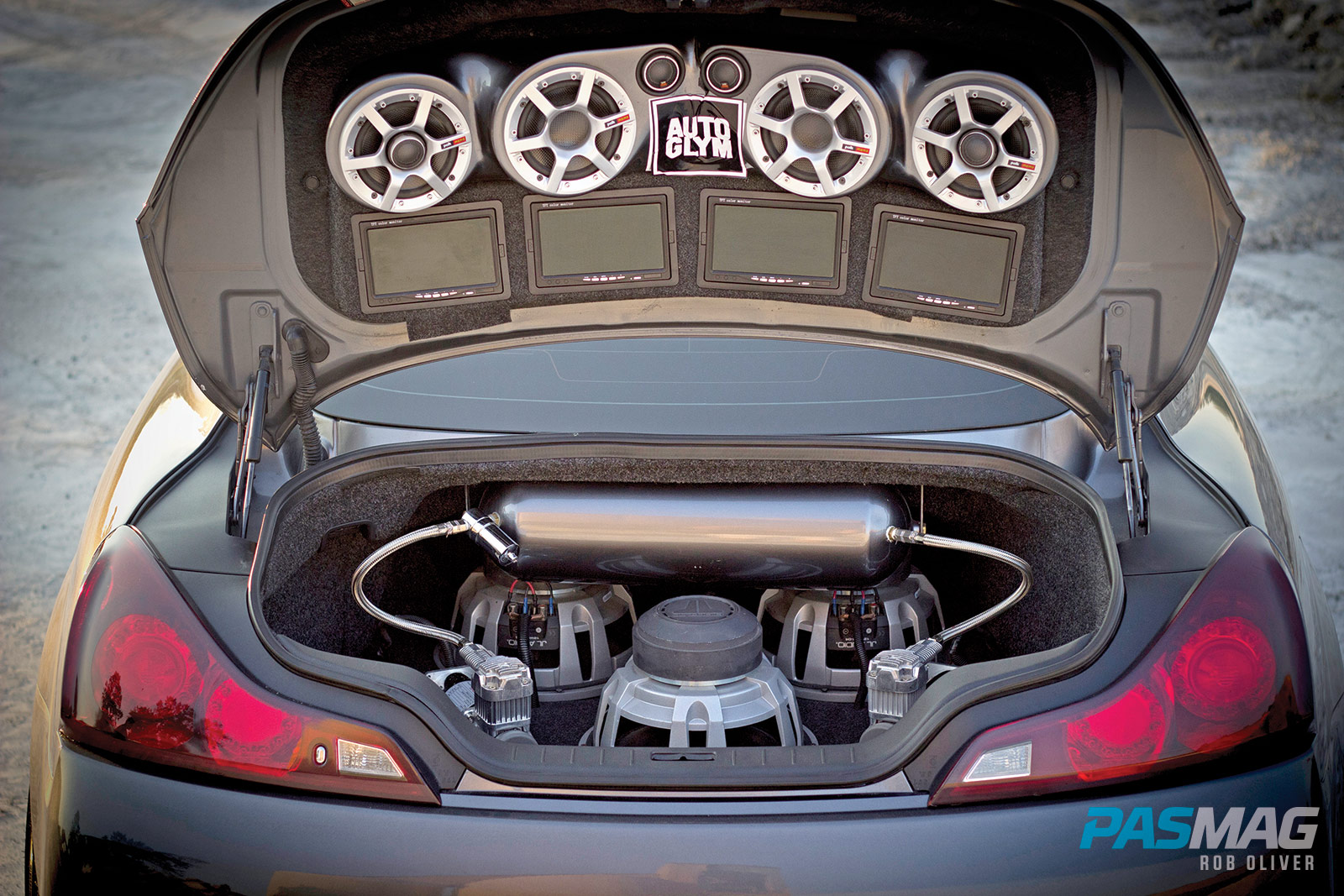 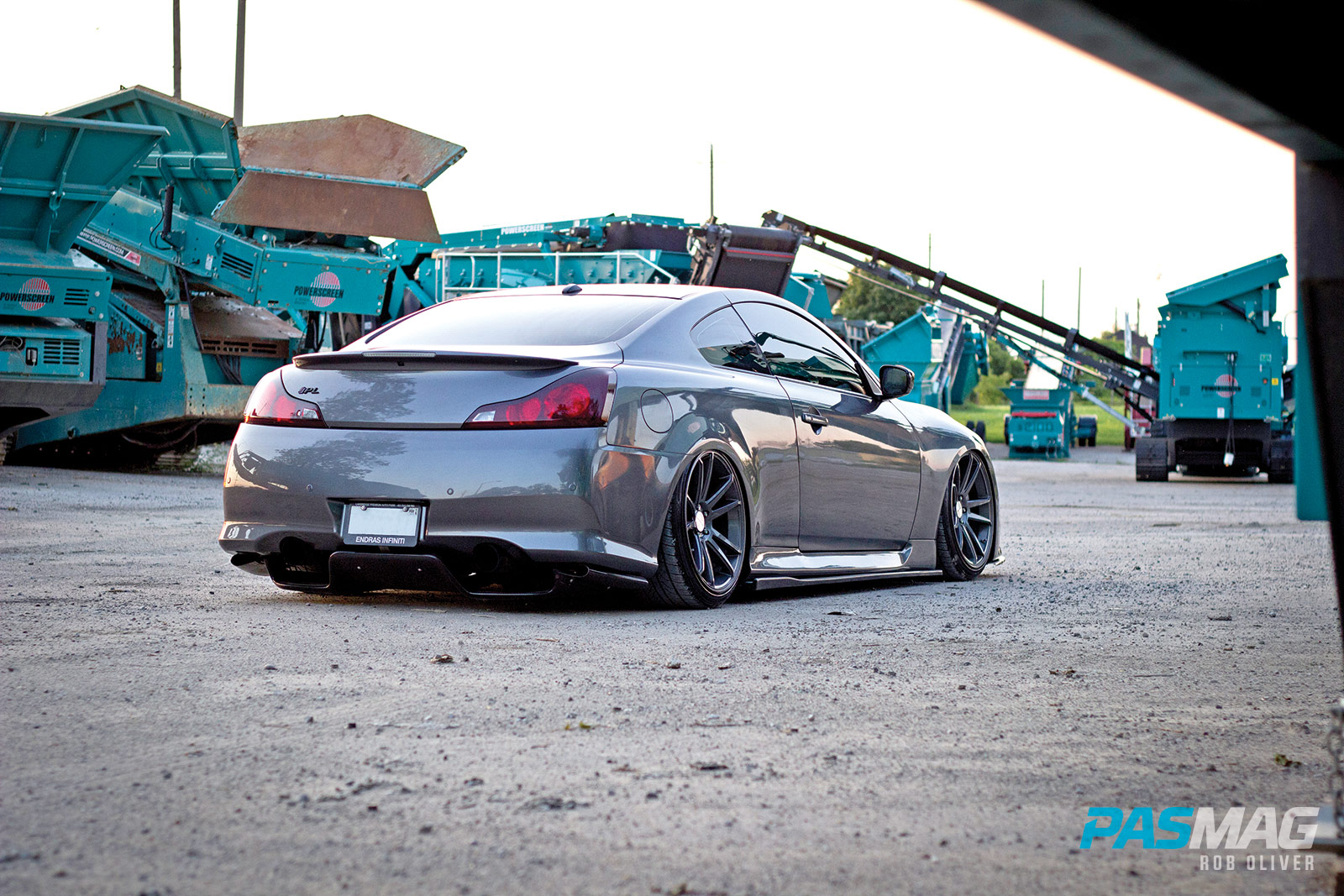 Before we get into the engine and suspension, his audio and multimedia setup demands attention. It starts with four 6.5-inch Polk Audio speakers enclosed in a fiberglass pod, which is then matched by Focal three-ways and complemented by JL Audio subwoofers and Kicker amplifiers. Finally, the pièce de résistance: four seven-inch LED LCD screens mounted on the trunk lid and hooked up to a secondary DVD player.

All of this is rolling on Concavo wheels and Nankang NS2 tires. The G37 is custom-painted in gunmetal and red pearl with metal flakes and a matching IPL body kit.

The work has not been in vain, as the car has claimed over a dozen awards and counting. Four years of building and $19,500 later, it’s fair to say this G37 Coupe has met its match with Singh and his team.

“With the intention of building a full show car, I can proudly say I have achieved my goal,” he concludes. 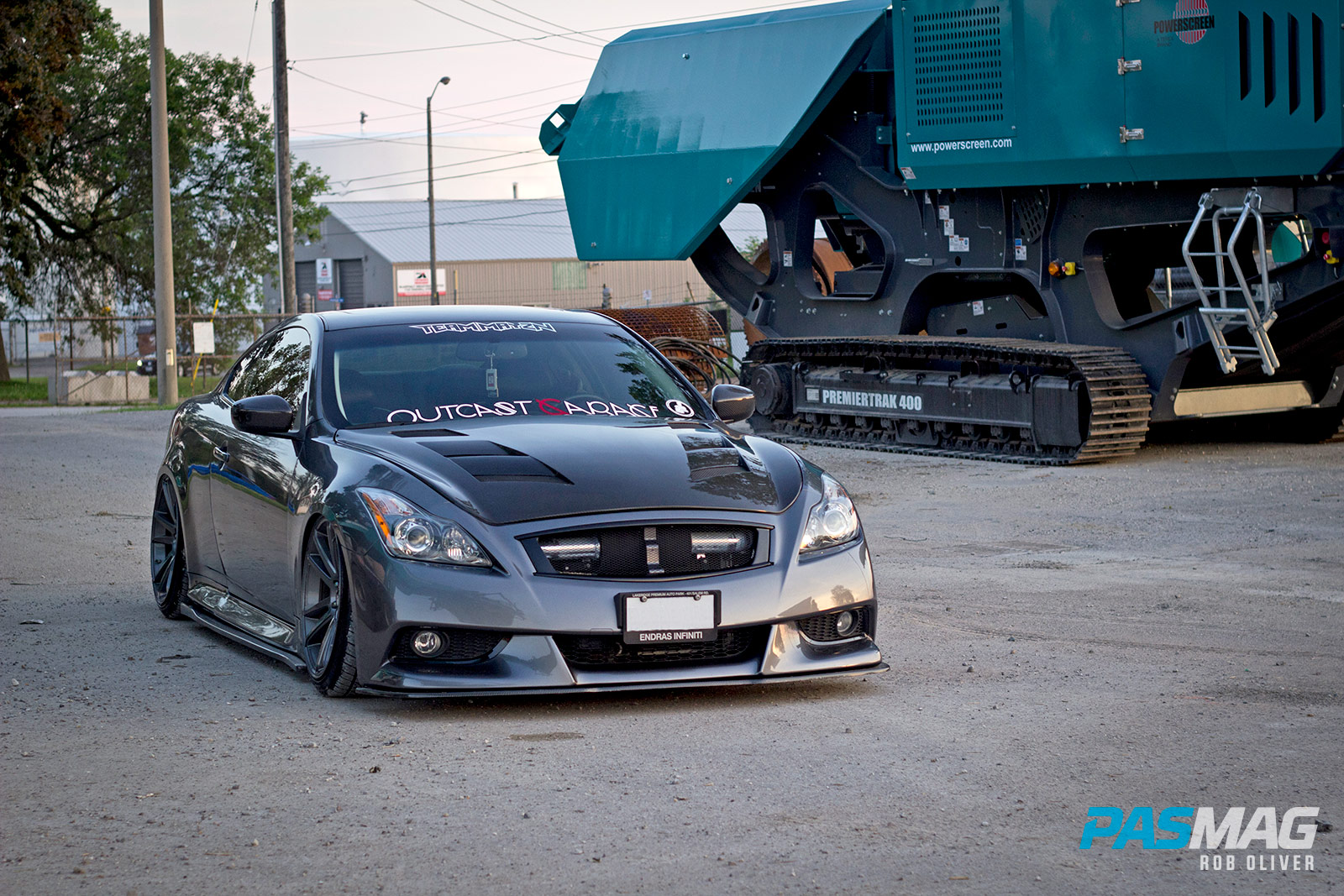 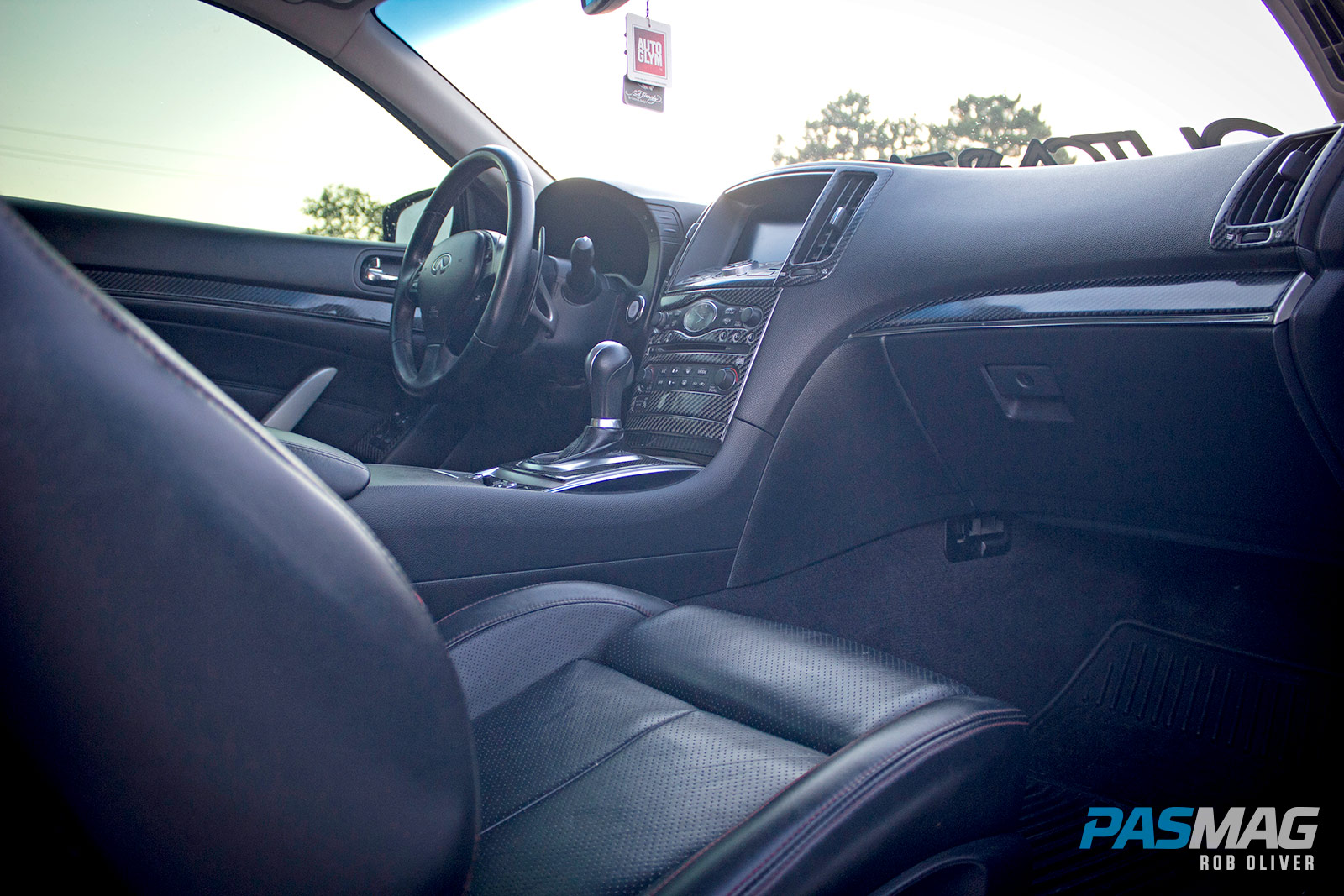 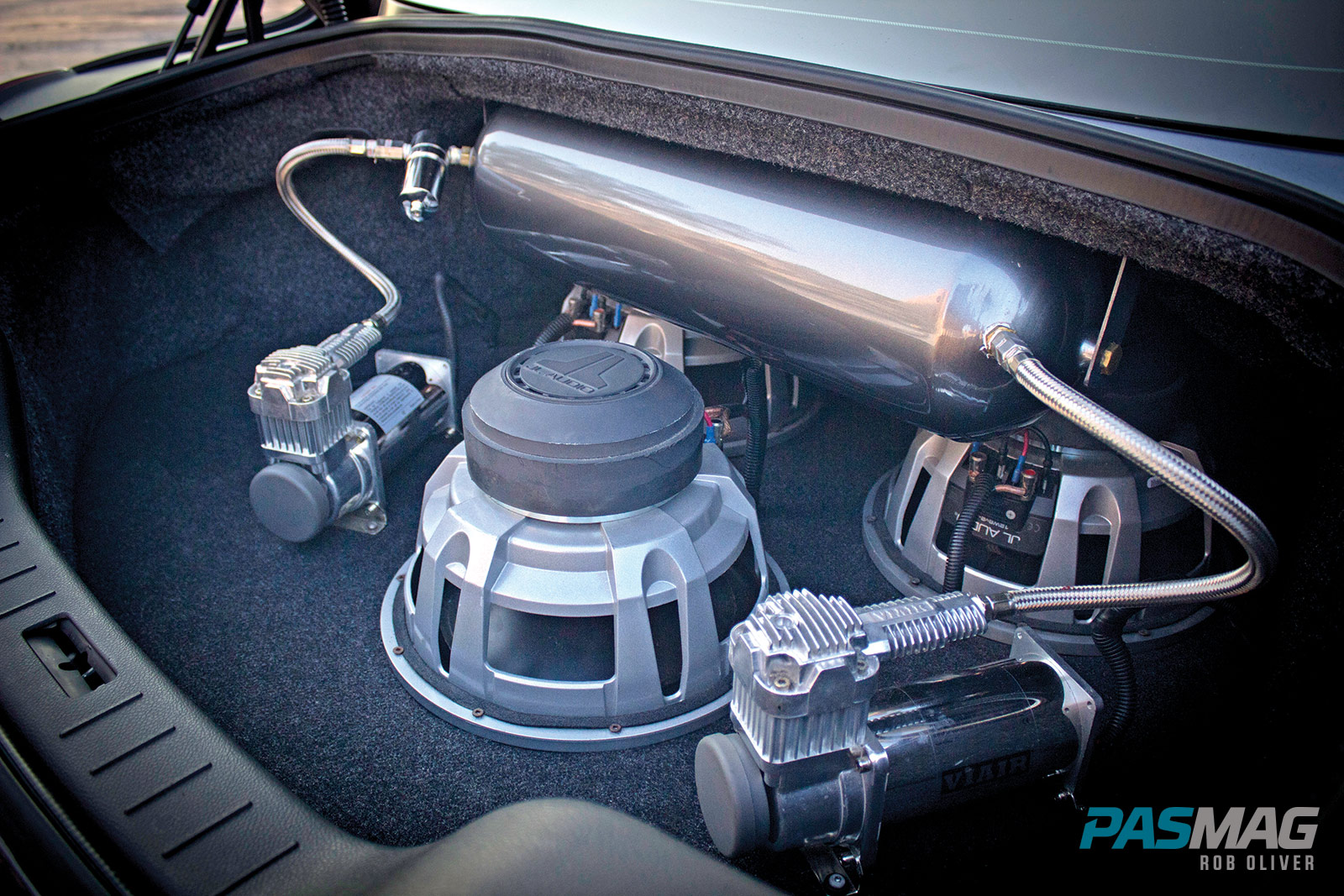 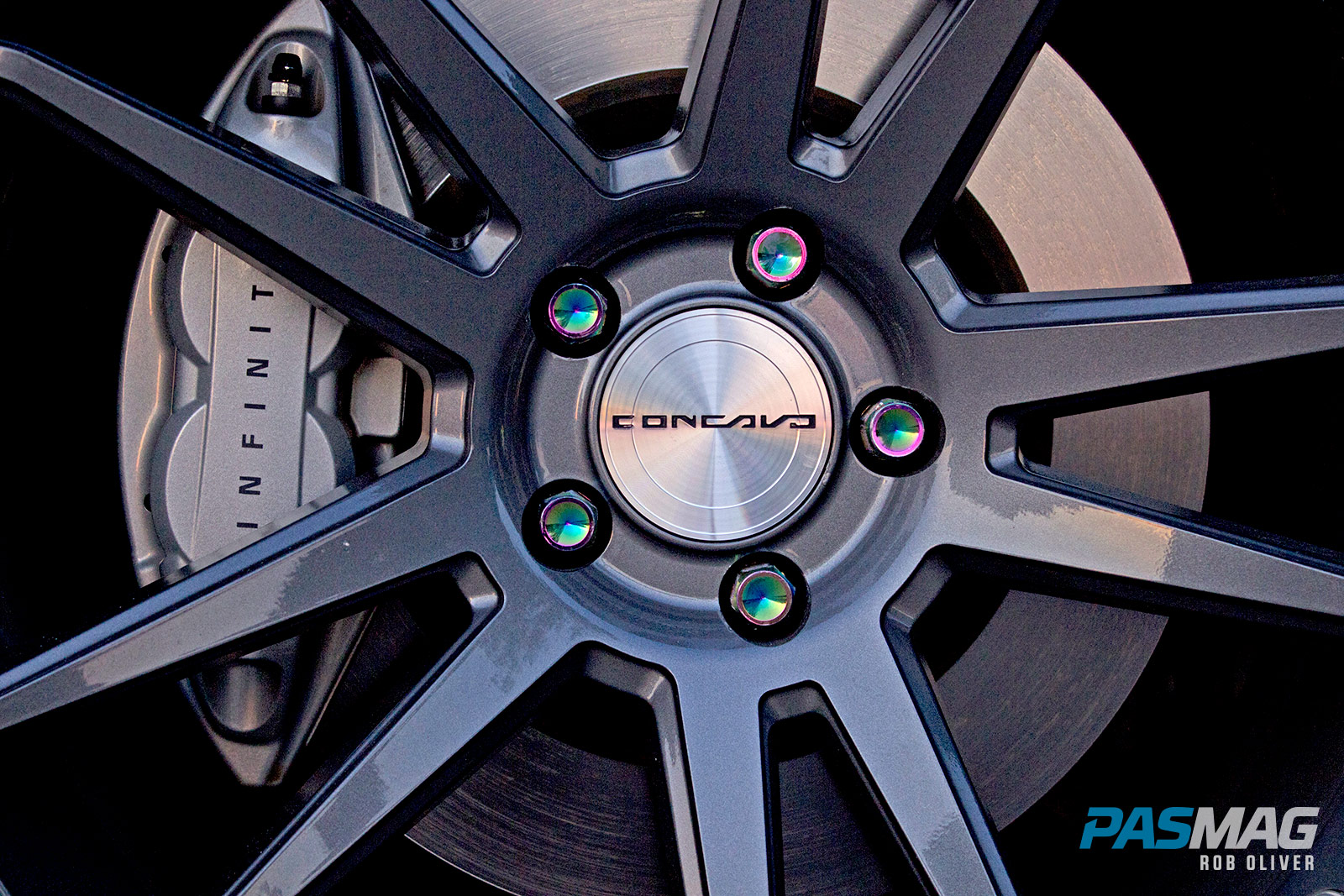 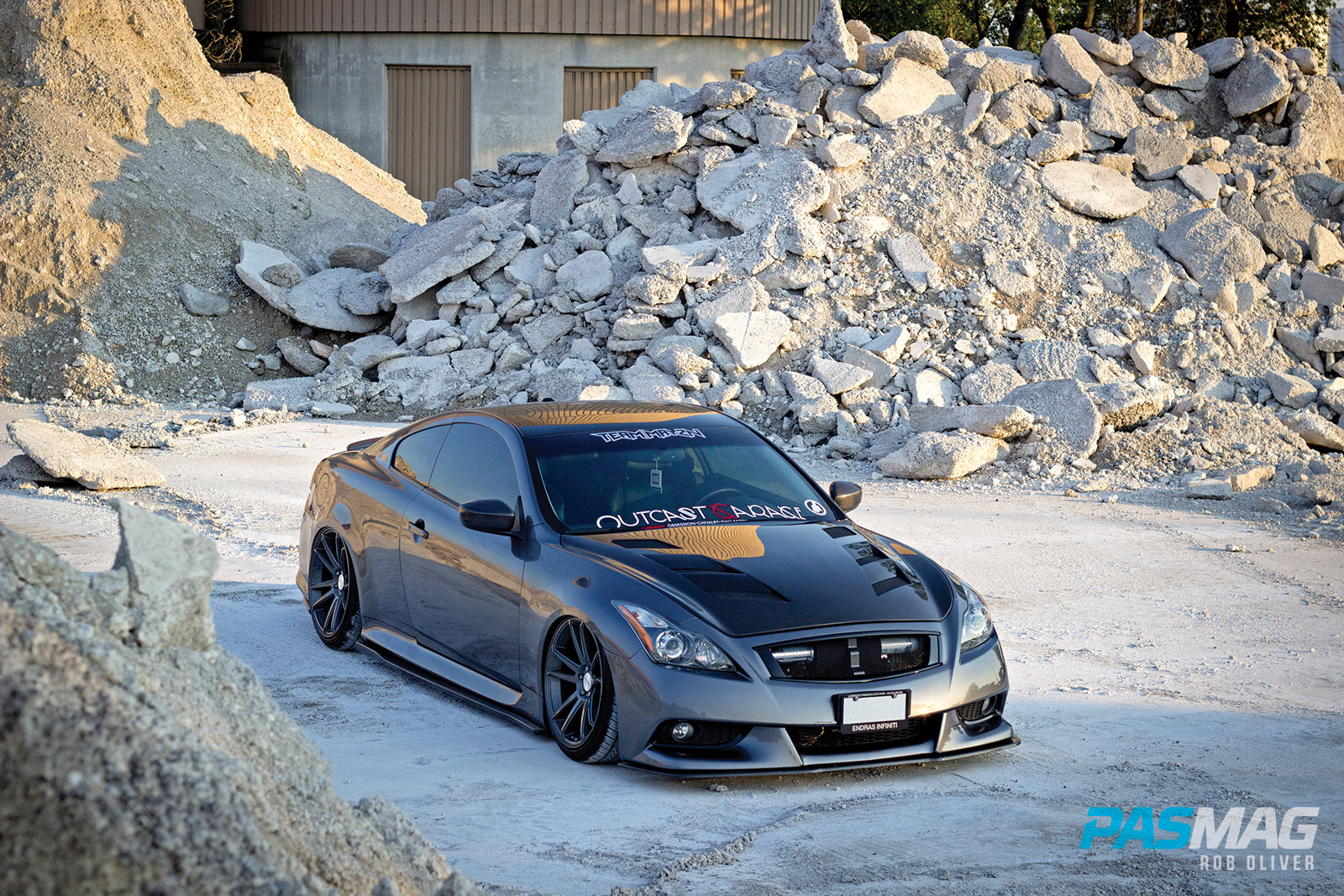 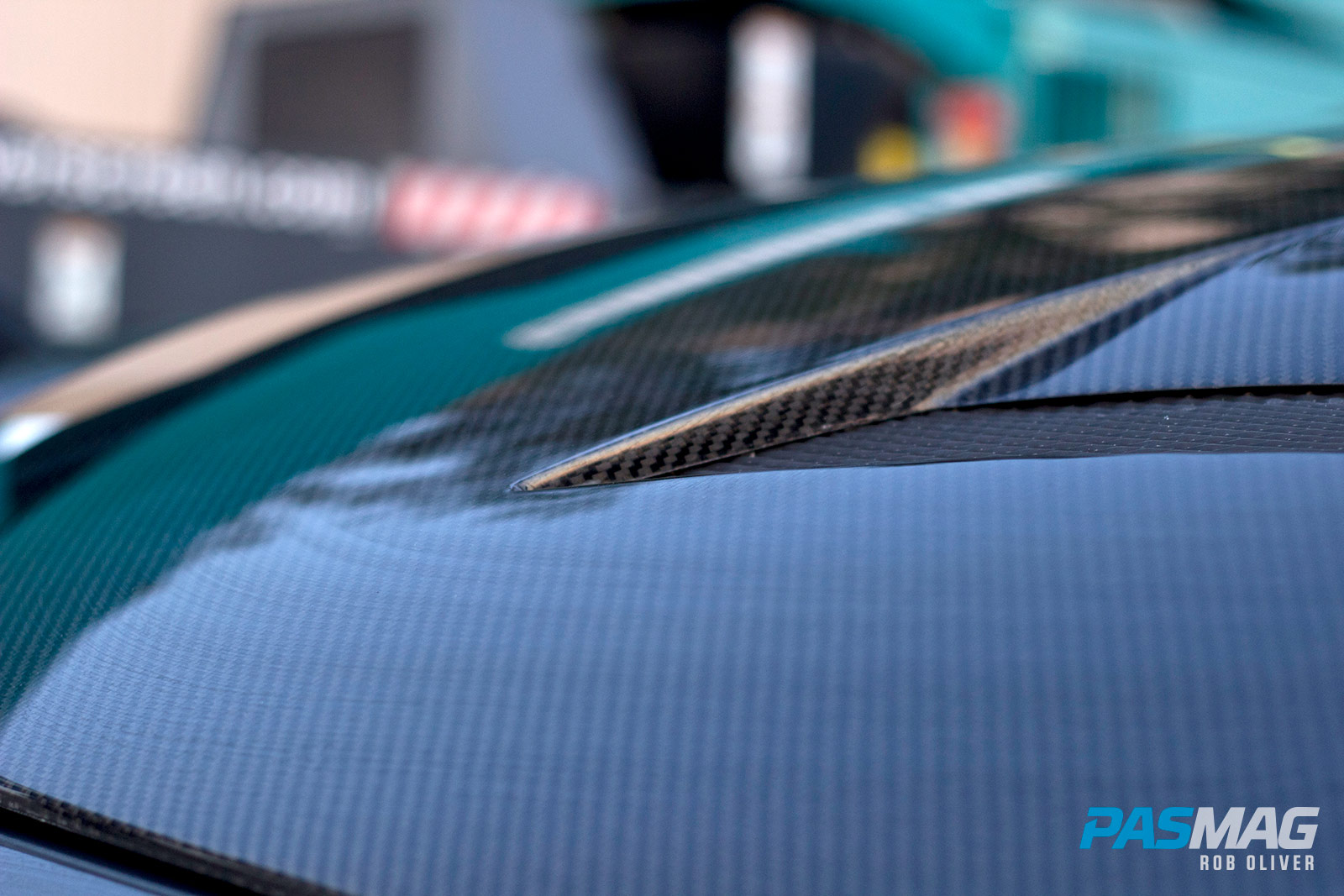