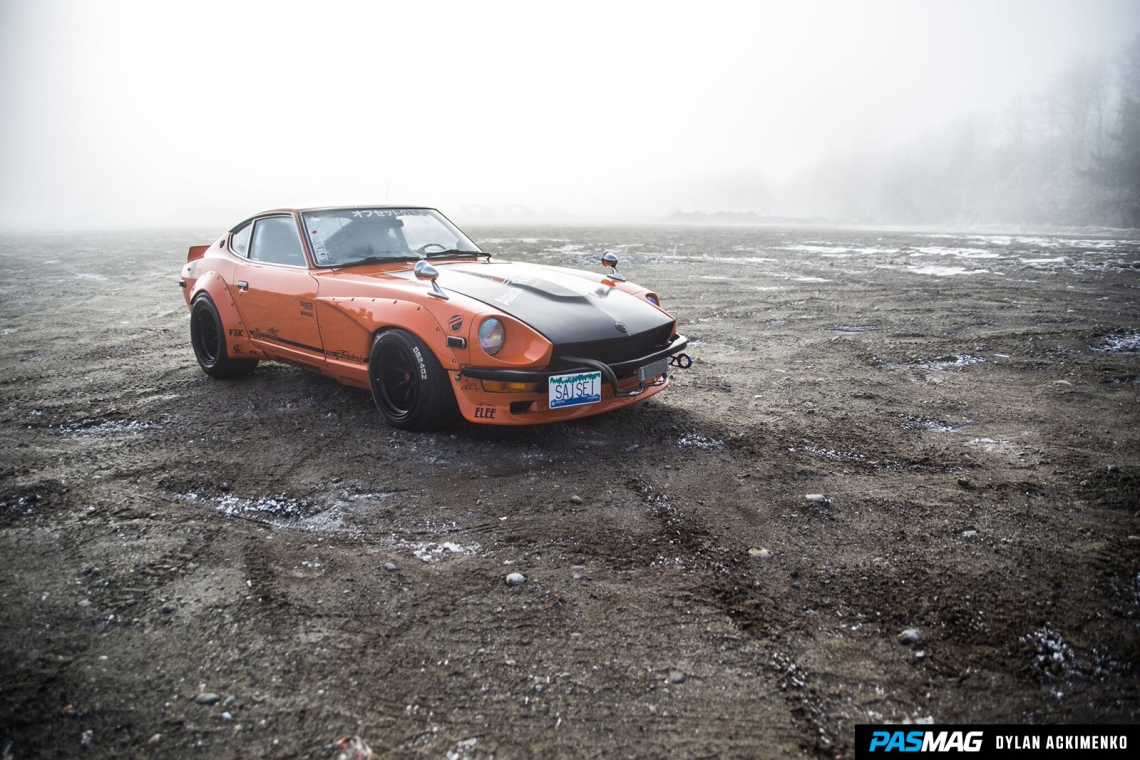 Forty-three years later and looking better than ever. Brinkworth’s personal 1973 240Z has been restored where needed, left where appropriate and updated in great taste. Best of all, she’s a rescue.

Brinkworth’s high school friend, Jason Nakano, used to drive around in the car over 20 years ago when they were about 16 years old. A few years later and that whole “adult” thing happened and priorities shifted. The 240Z was a joyriding car and there’s just wasn’t that much time for joyriding anymore, so she sat, rotting away in Nakano’s yard.

After dropping more than enough hints that he would gladly take it off his friend’s hands, Brinkworth finally received the call that the car could totally be his, with one condition: that he make it something special. We think he did a pretty good job. 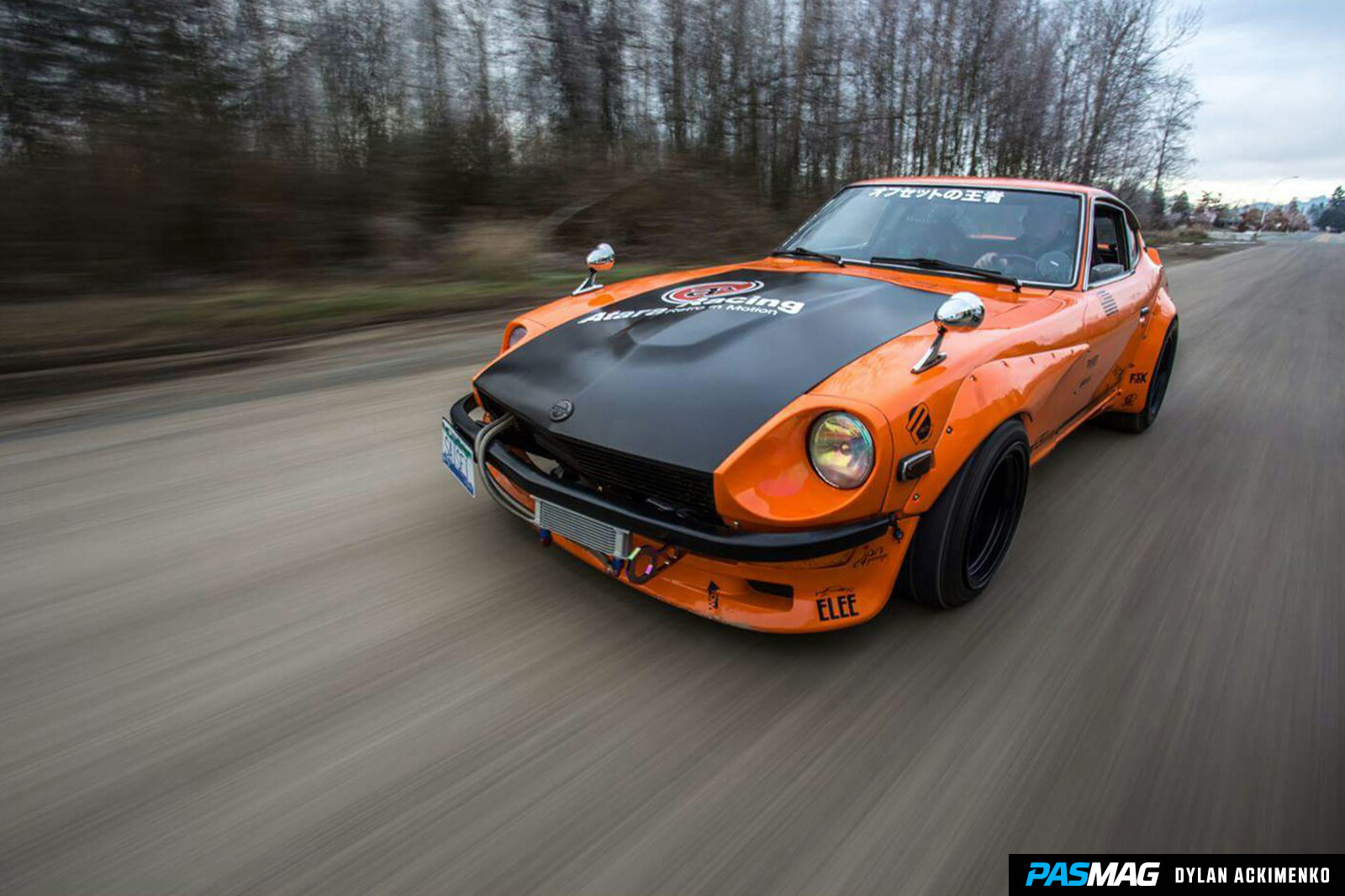 The Datsun was blasted down to the metal and completely restored. There’s absolutely no rust or rotting happening there anymore. The engine was bored out from a 2.8L to a 3.0L and mated with a Kameari header for that signature inline-six wail, which is made even more throaty by the addition of a 3.5-inch exhaust system.

The largest difference to the car has to be the exterior, with the bodyline-chasing D-Brinkworth fender flares being the largest contrasting feature. Everything is painted in a Porsche shade of Orange, with the satin black hood being the exception. Some Atara Racing Pisang wheels were sourced in 15x10.5 sizing to fill that new fender gap. Yokohama AVIDs are stretched up front, while some snug-fitting Nitto NT555s take up the rear.

While some may get mad about someone chopping up an old Z and giving it some wider hips, we feel like this case is justified in everyone’s eyes. This car was either going to be left to die or become something special under the care of Brinkworth. We think that it’s living the happiest years of it’s life now. 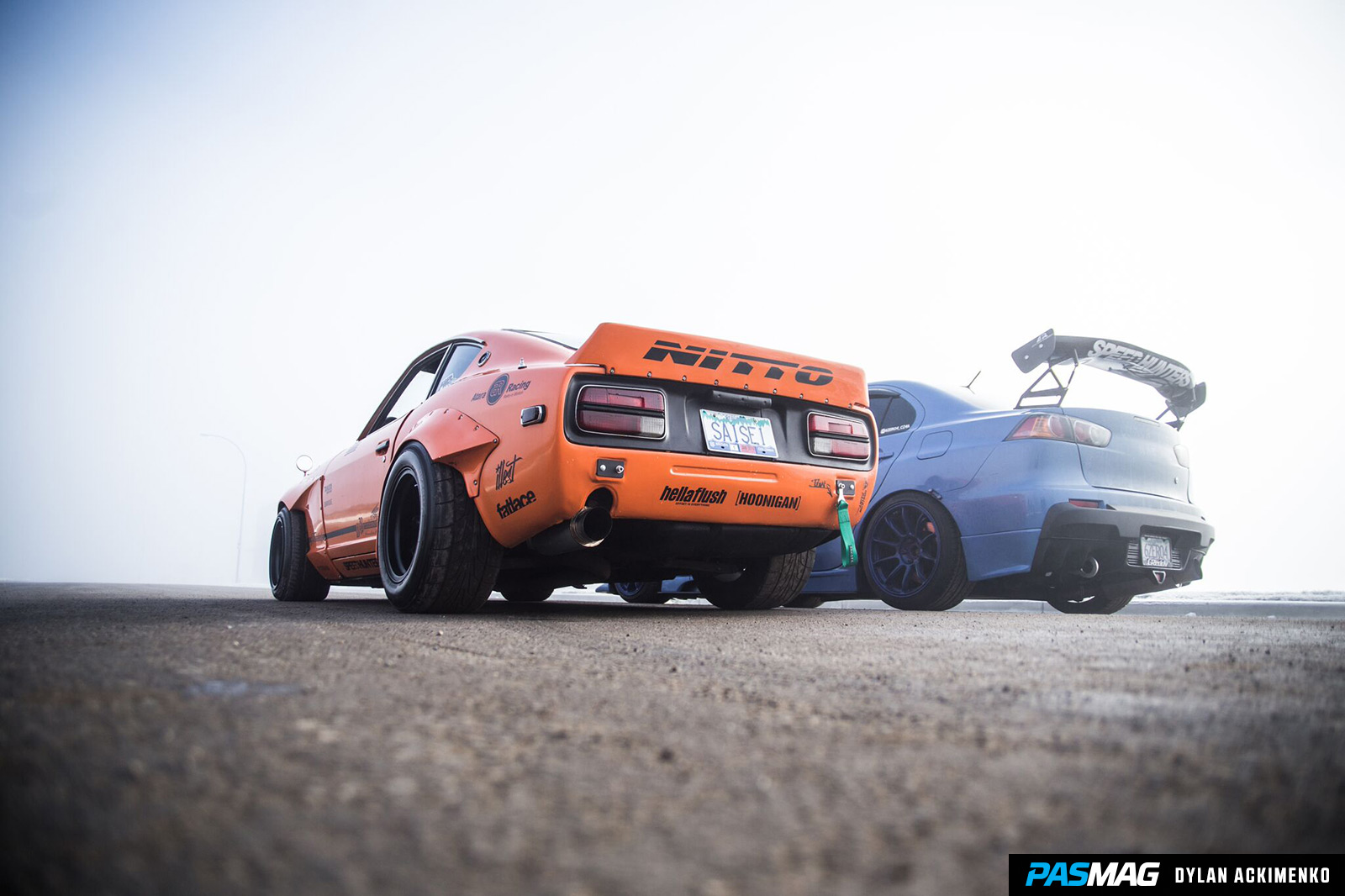