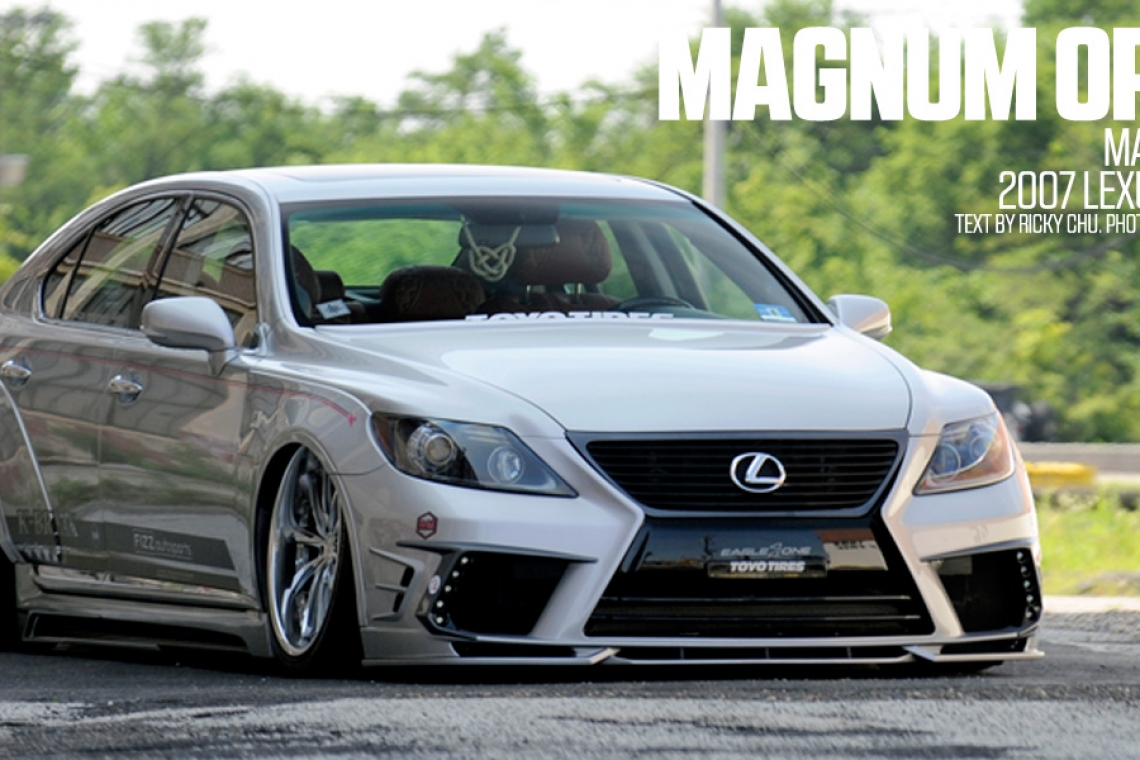 Mark Yuen is going out with a bang!

We all have to start from somewhere, and for most of us, it isn't the top. We struggle and train ourselves in order to advance to the level where we want to be at. And even through all that, there's no guarantee that we'll actually make it. Then there are guys like Mark Yuen of Medford, New Jersey, to whom things just seem to come easy. The car-building gene is coded in his DNA. The vision, the knowhow and the execution are all flowing through Mark’s veins like they’re part of his soul. As for us normies, we can just sit back and enjoy the end products of his hard work. Okay, well, maybe it’s not so easy for him.

Let's flash back to when Mark constructed his first project car, a 1995 Acura Legend coupe. It was just at the kickoff of the import scene and there weren’t a lot of aftermarket parts available, especially for a Legend, so close to everything had to be custom crafted. From there, it would take two hands to count the number of project cars that Mark has tallied up in his 15 year reign, and most of them are not your typical run of the mill builds. All were assembled with JDM-inspired battle gear and each one unique in their own respect. From big sedans like an Infiniti M45 converted to Nissan Cedric/Gloria specs to a Lexus IS300 sport sedan that received a full Toyota Altezza workover. Just to keep things interesting, Mark even had a chance to throw in a sport crossover Vertex-outfitted Lexus RX330 grocery-getter (sort of) into the mix. His wife had to be turning every head in supermarket parking lots while she was dodging shopping carts and bad drivers.

Now we get to his recent baby, a VIP-style Lexus LS460 that is as wide as it is low, and a production on Mark’s resume that has been 15 years in the making. Mark’s goal behind this build was to set his LS460 apart from all other VIP cars out in the show scene. Did Mark set himself up for a mission impossible? We’ll let you be the judge of that. 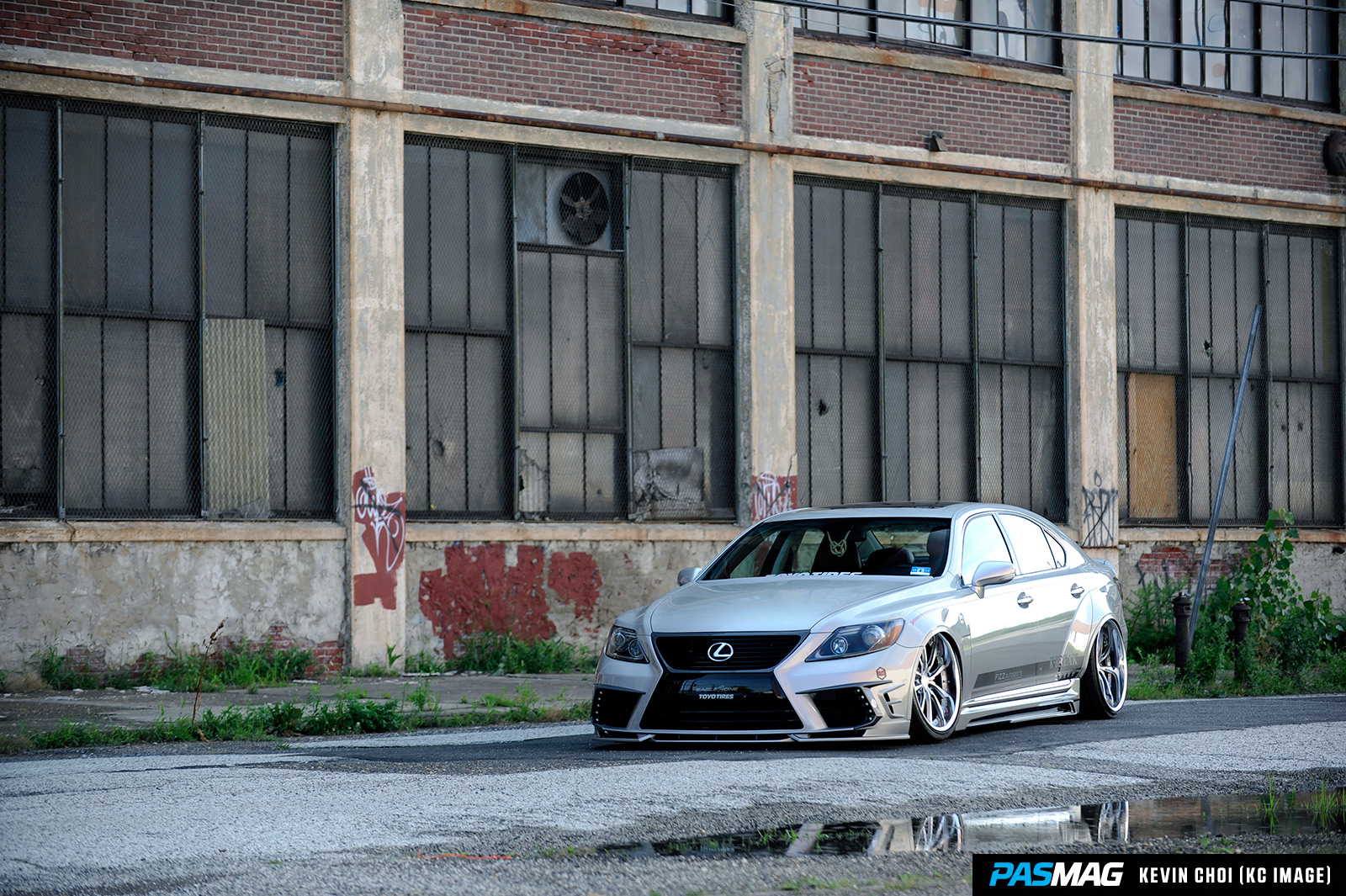 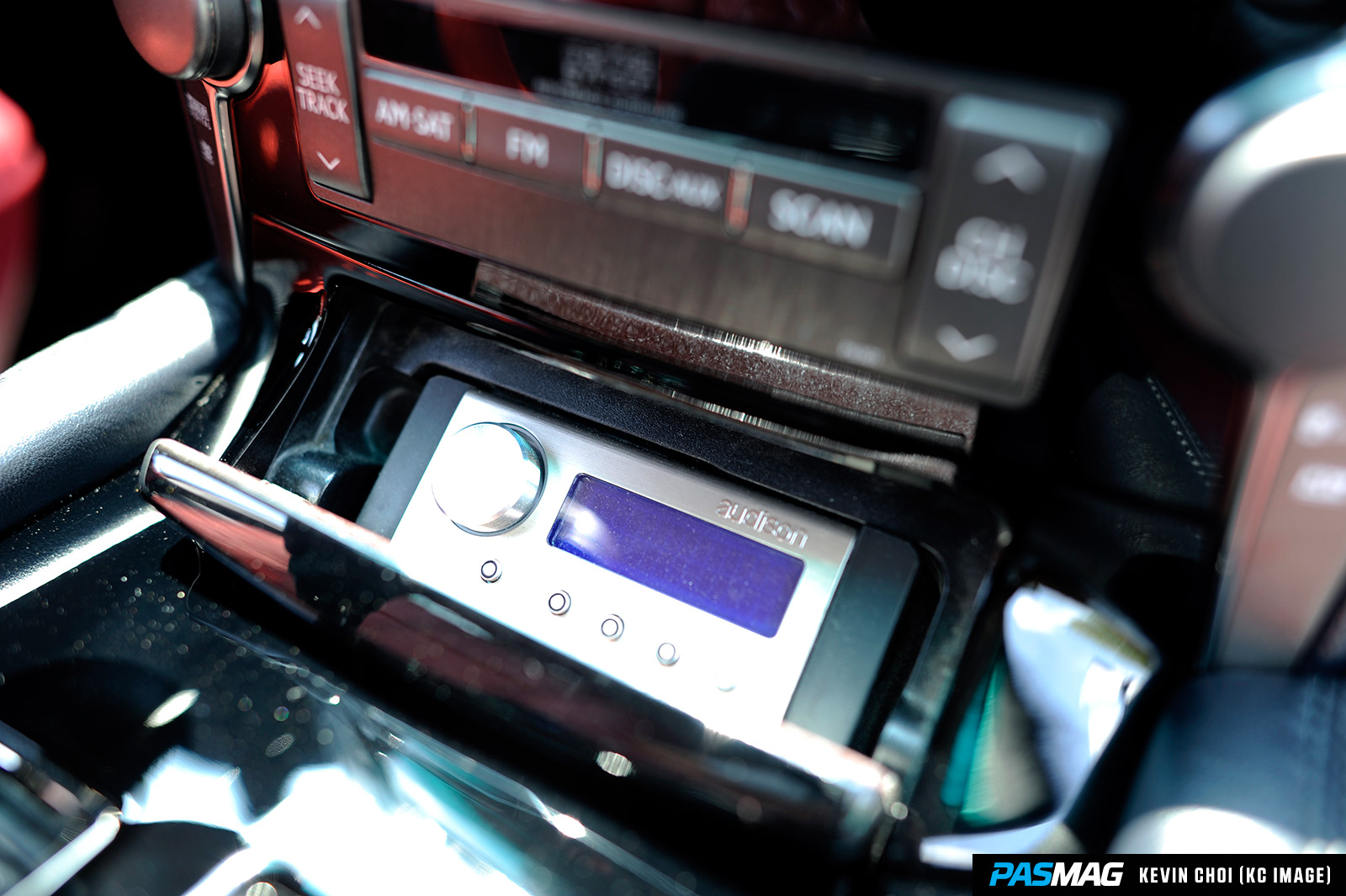 Utilizing his creative mind and with some assistance from his numerous sponsors, Mark was able to put forth the beast that you see before you. Mark knew that just slapping together a few body kit pieces and some rims wouldn’t help the LS460 stand out from the pack. There are too many wannabe VIP cars and self-proclaimed show stoppers out there nowadays. He had to take drastic measures to ensure that the presence of his massive sedan was felt everywhere he went.

The first and most radical step to accomplishing this task was to equip his already sultry Lexus with a K-Break Hyper Zero Customs body kit. Tack on the Fizz Auto sports spoilers and custom molded wide fenders and Mark’s LS460 takes up a damn lot of space. With the price of real estate in New York, it’s a good thing that he lives in Jersey. Each piece of the puzzle fits perfectly, as they were carefully installed and blended to enhance the stock bodylines. From the rear, it looks as if Mark’s LS could take up two full parking spaces on its own. Do you know how many hours women spend at the gym to try to get curves like that? After the bodywork was perfected, Mark had the crew drench his car with a Brilliant Silver BASF paint mixed with special pink pearl flakes. This resulted in a super intense and deep paint job that makes you want to walk up and lick Mark’s car from bumper to bumper, though we highly recommend against it. 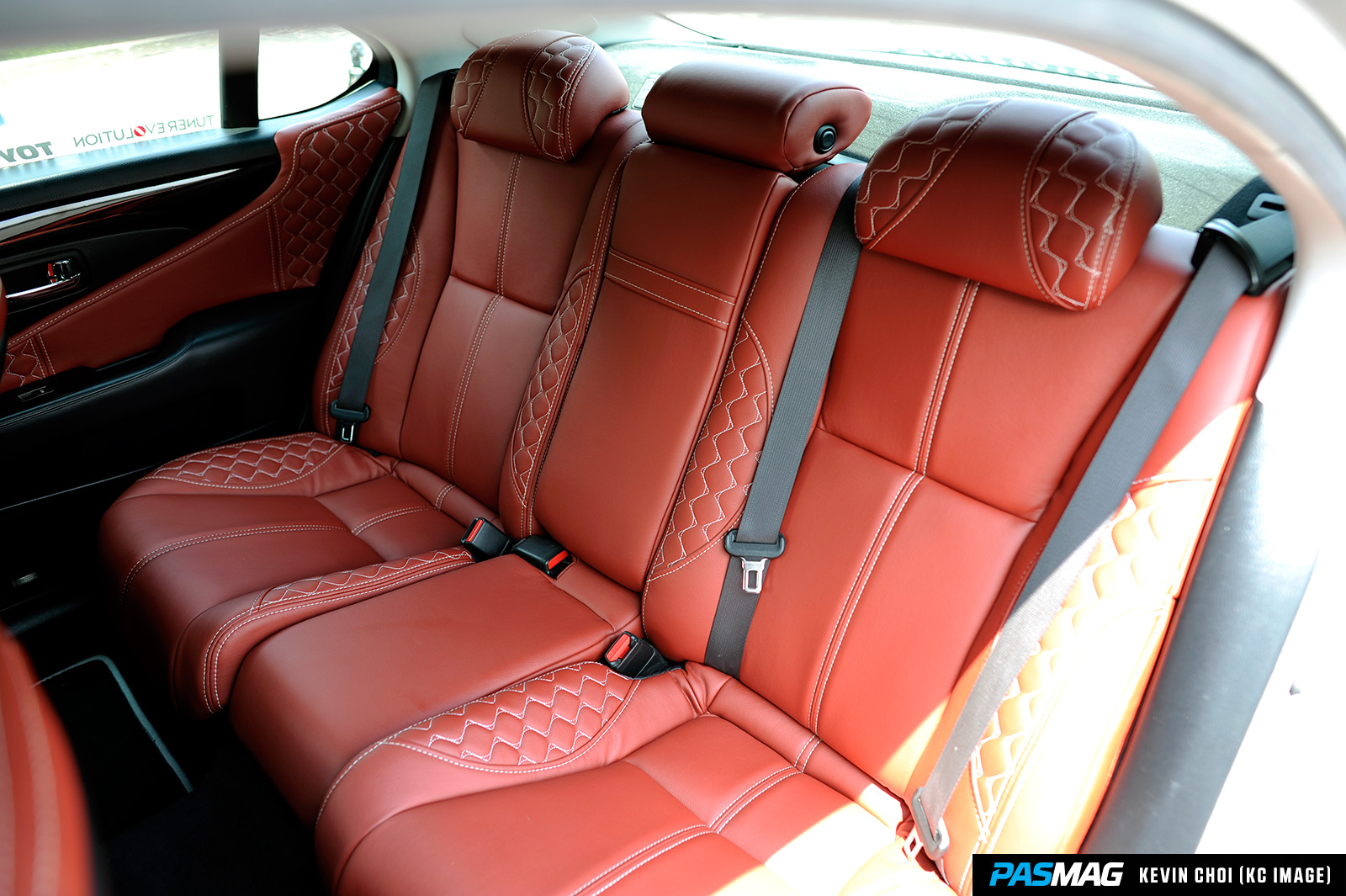 Now, how does one fill such wide expectations? We’re talking about the ginormous gaps in the wheel wells. First order of business was to make sure that the chassis could be on the ground when you want it to be, and then up again when driving through some pothole-riddled roads. An AirREX air suspension system gives Mark full control of that from the driver’s seat whenever he needs to adjust the ride height. He then stuffed some jumbo-sized Leon Hardiritt Jager wheels and Toyo T1-Sport tires in 21-inch form under the fenders. Between the multi-spoke design and fat lips, you’ll see a set of iDeal Japan big brake calipers all around that Mark enlisted to slow down his monstrosity.

VIP is more than just a fat body kit and some curtains. To us, it means rolling in luxury full time, so an elite audio system and a plush interior are must-haves. The trunk of this LS460 is lined with red leather and full Audison audio system, from subwoofers to amplifiers to components. With enough bass to piss off Mark’s neighbors in the next city over, it's toned down a tad to ensure that he doesn’t draw too much attention from the local fuzz. The red leather and Aston Martin diamond stitching carries over into the cabin area, giving the Lexus an even more lavish feel, if that were even possible. If this were a pizza, it would be referred to as “The Works”.

Mark has come a long way since that 1995 Legend and has countless car show trophies and magazine features to show for his dedication. He’s mentored younger car builders and paved the way for the next generation of enthusiasts, showing them that age doesn’t matter. This isn’t a sport; it’s a craft that most fall short of perfecting. Not Mark. Sponsors literally jump at the chance to build a demo vehicle with him because they already know the outcome will be successful. However, at the tender age of 53, Mark is contemplating on retiring from car building altogether, with this LS460 being his magnum opus. This expensive hobby can be both taxing on a person’s bank account as well as their sleep. But when he does finally tap out, at least his parting gift to himself is much nicer than anything we can buy ourselves with what’s left in our depleted retirement accounts.