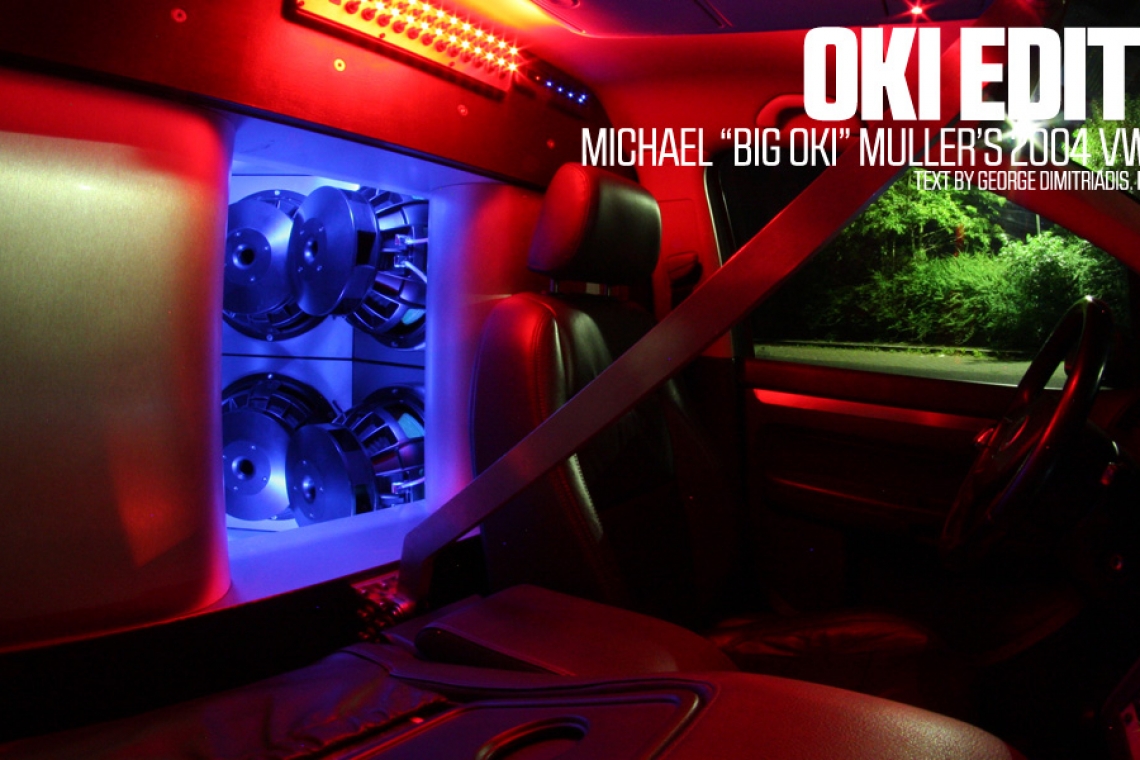 When Michael “Big Oki” Muller sets his mind to building a demo vehicle, you better believe its going to be a one-of-a-kind build. What you see before you is a 2004 VW Touran, which is unlike any Volkswagen you have ever seen before. Let me introduce you to the VW Turann "Oki Edition."

Between the initial build and subsequent rebuilds, you are looking at no less than 1,600 man hours. The single most impressive aspect of this build is the fact that the entire build was done without cutting a single panel or drilling a single hole. The entire build is removable if need be, not that anyone in their right mind would even know where to begin to do so.

When it was initially built in 2007, it was done with the support of ACR, which is a manufacturer and distributor of car audio products in Europe. The list of gear in the vehicle is something that gets me chomping at the bit, so to speak. 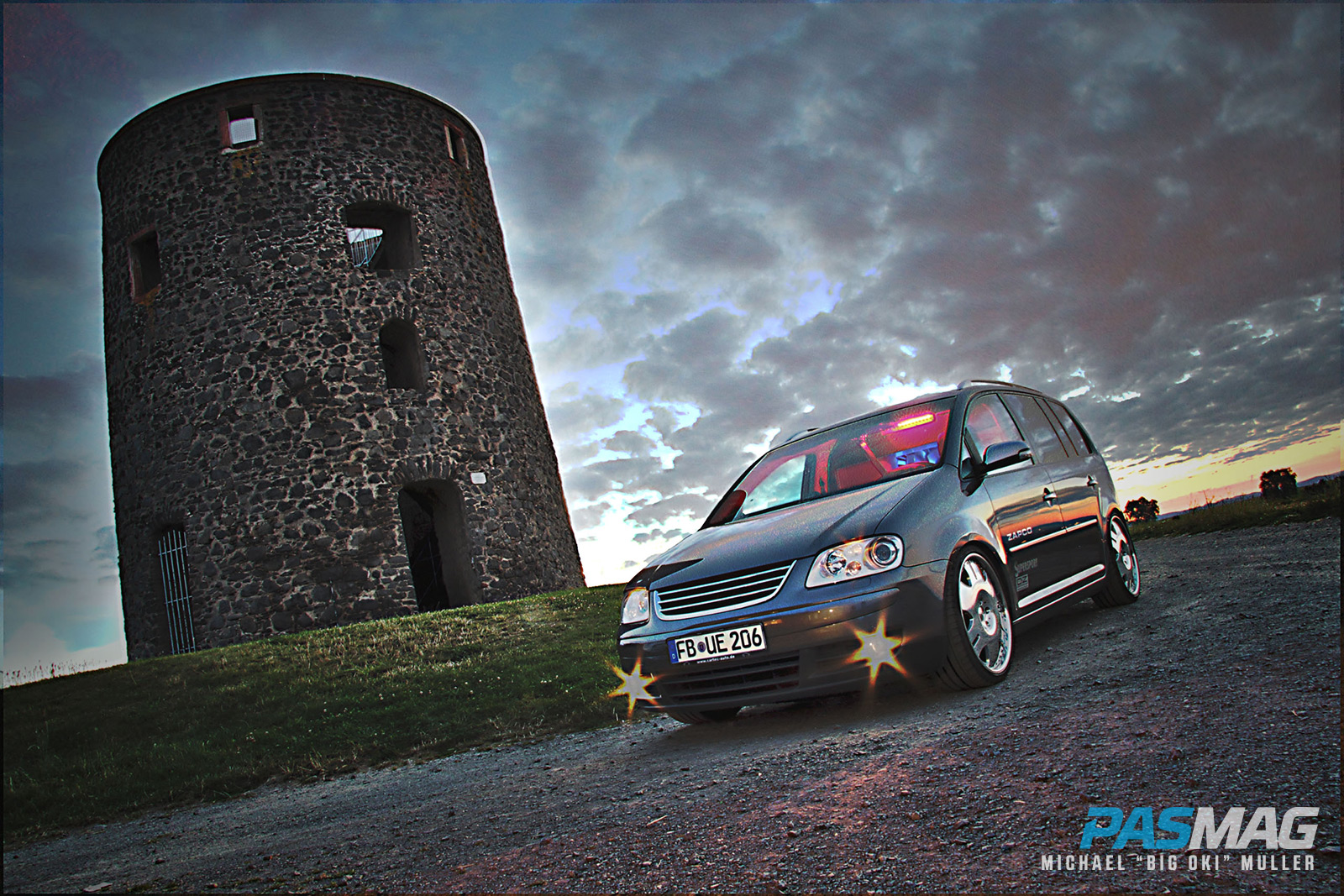 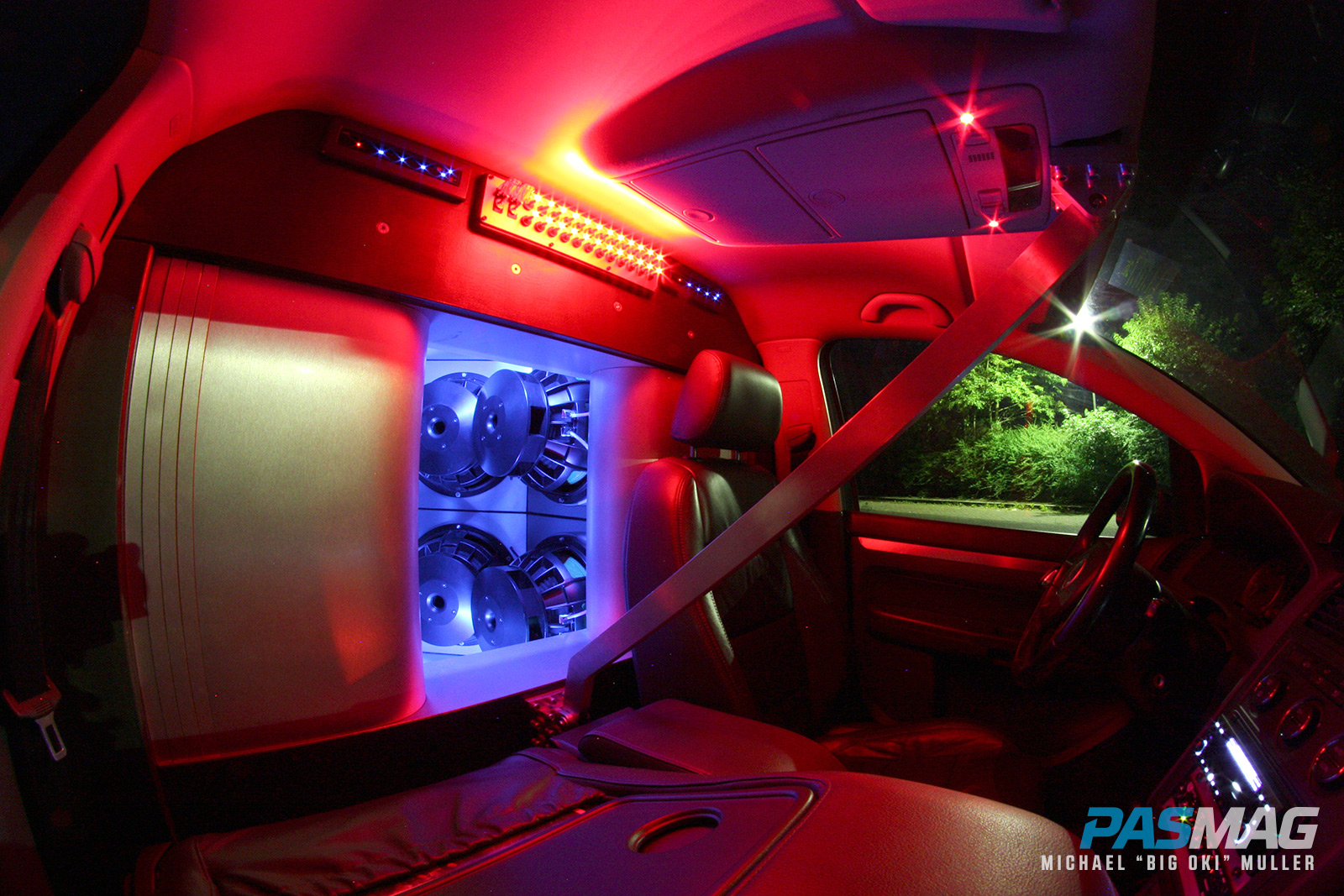 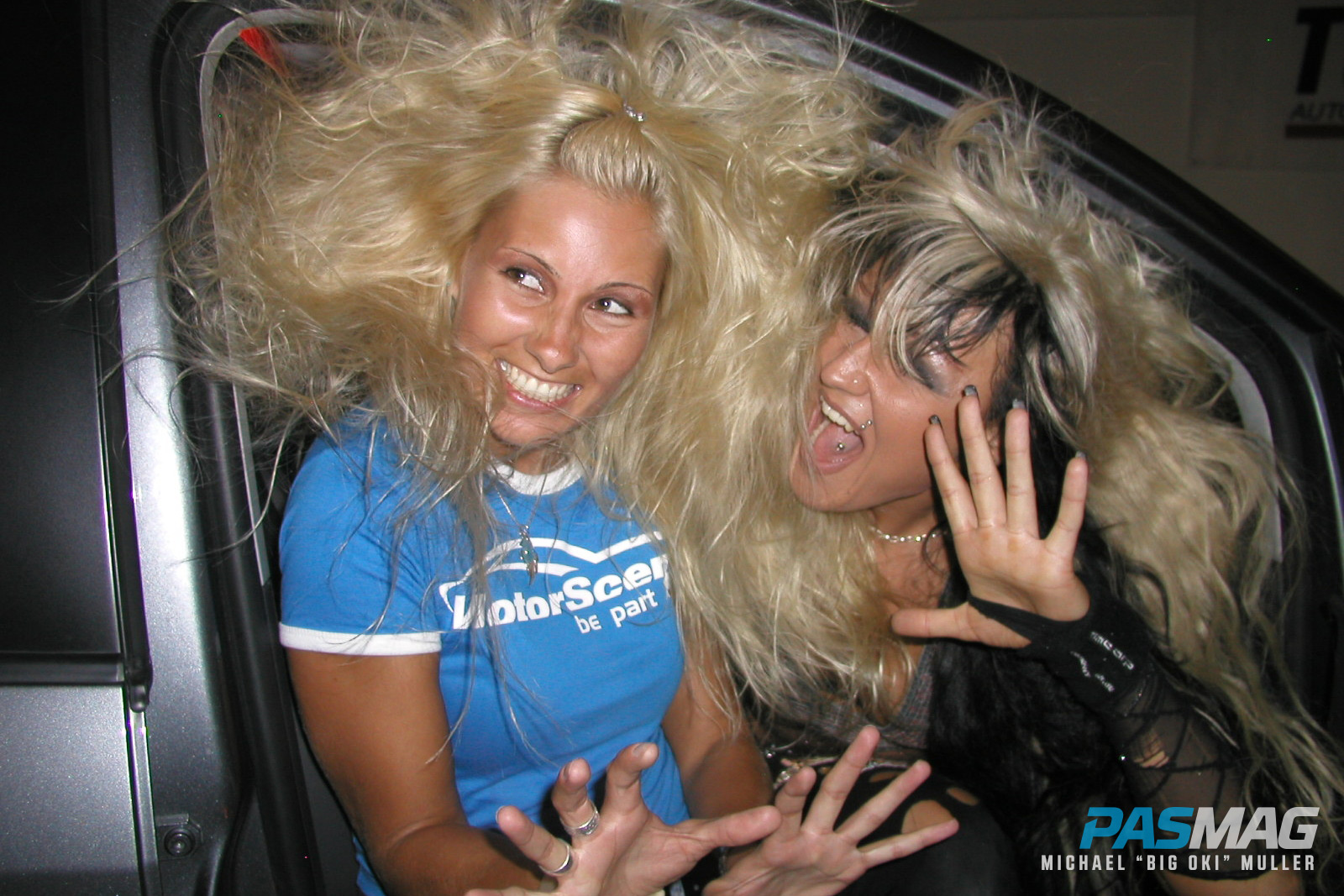 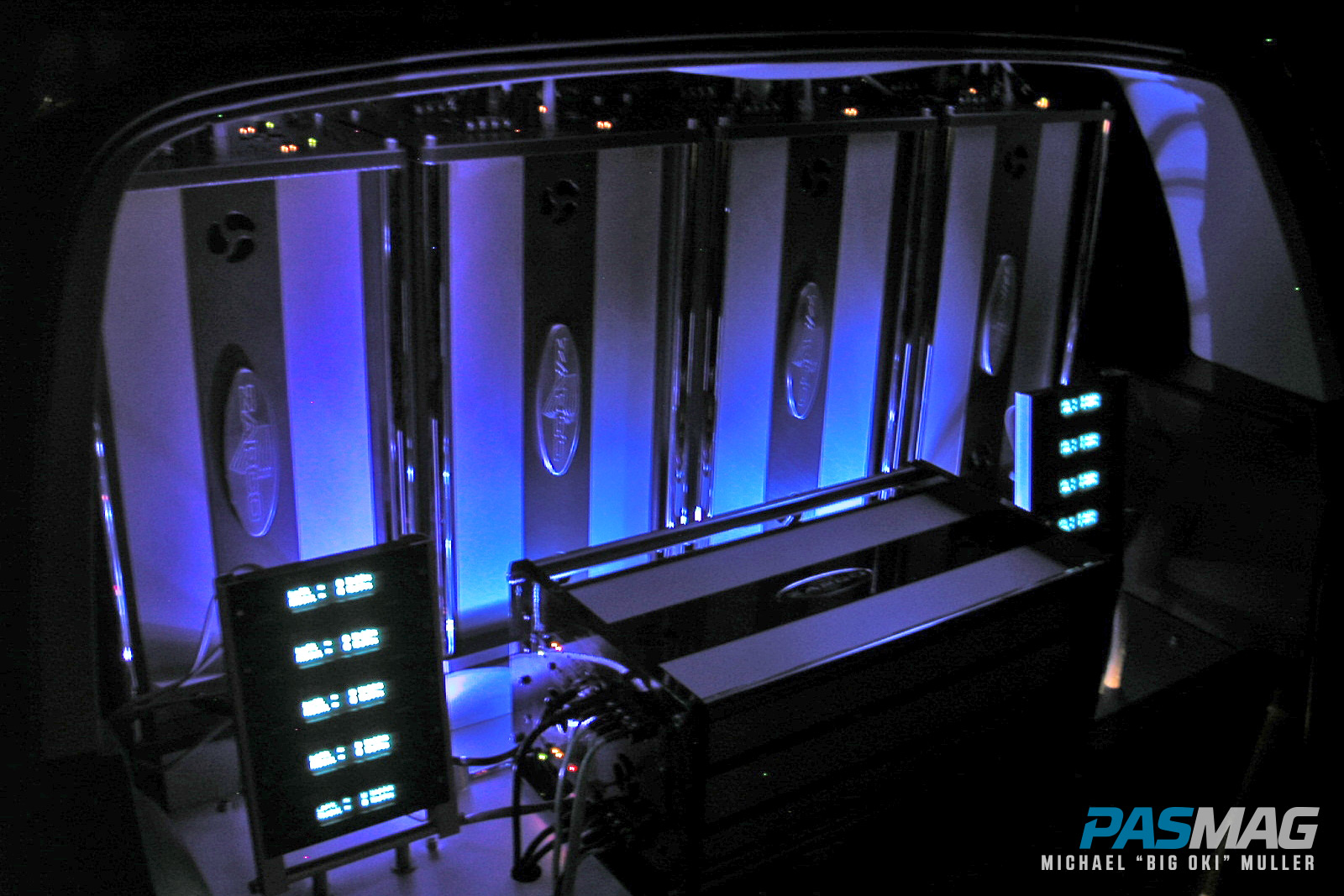 Head unit duties are handled by a Zenec in-dash unit with navigation. A Zapco SX-SL II takes on pre-amp and processing duties, while front stage reproduction is a mix of Radical and Andrian Audio speakers.

The subwoofer stage is a unique one, primarily because Oki’s options involve two di fferent woofer selections. If he is in the mood for optimum musical reproduction, then he utilizes eight 15-inch Emphaser Neo Comp woofers. If he is in the mood for maximum SPL output, then he switches to eight 15-inch Atomic APX woofers. Amplification is a mighty job, so it’s handled by a large quantity of Zapco amplifiers. It’s a combination of Zapco C2K 9.0s and 4KW amplifiers - anywhere from 11 to 19 pieces depending on what woofers and impedance is being run. That’s a lot of power, so to make sure demands are fed, a total of nine Northstar batteries along with a 140-amp high-output alternator were installed. 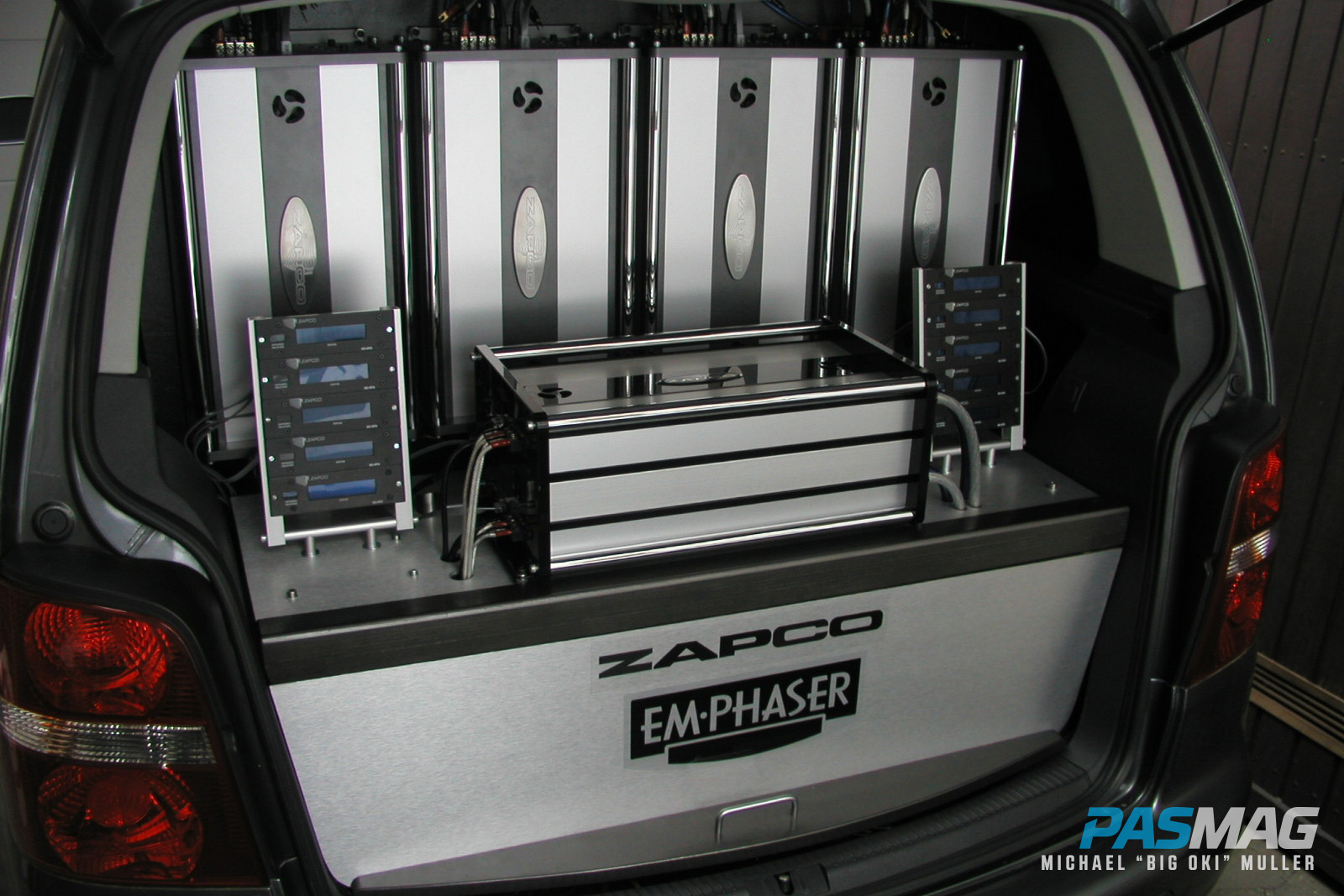 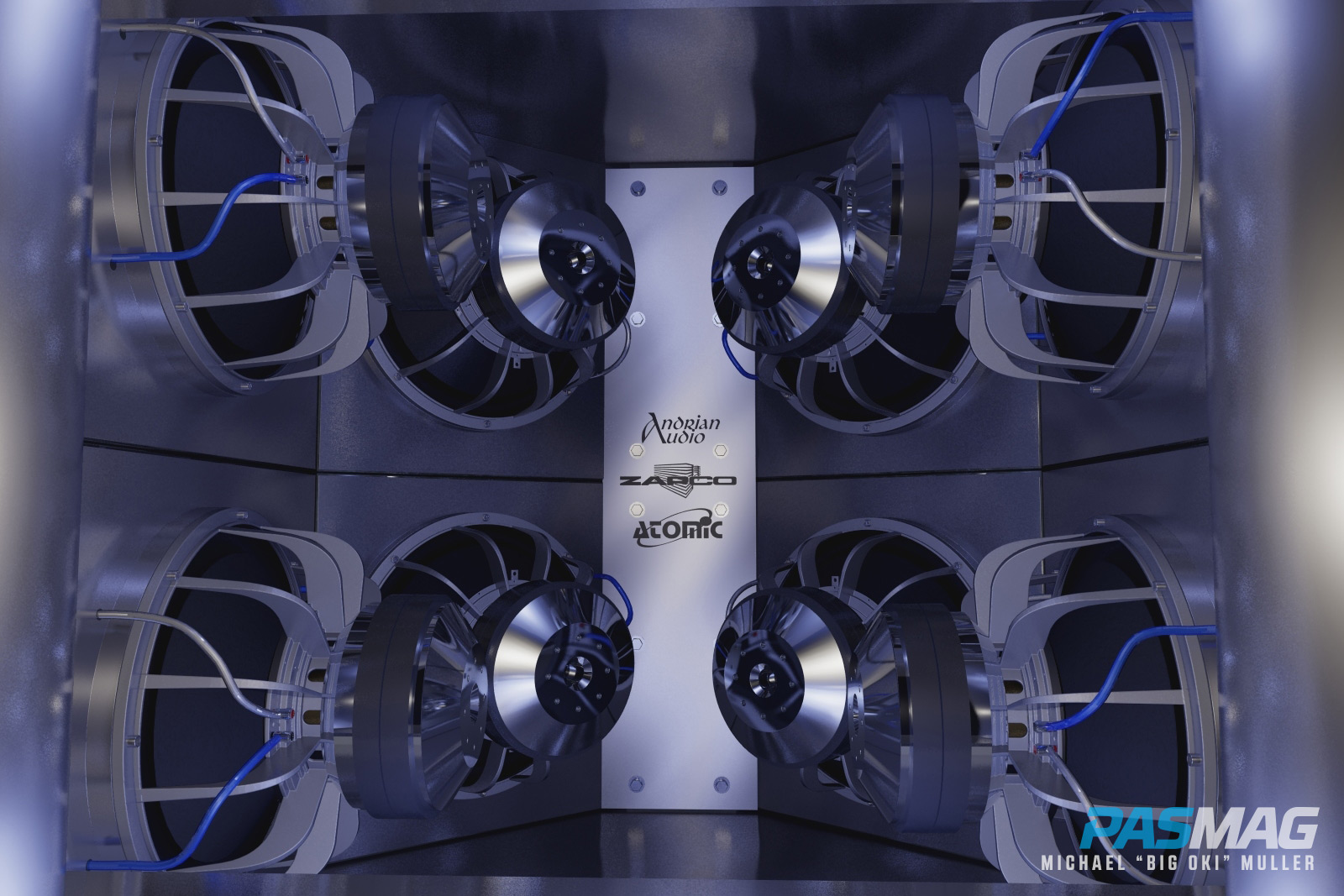 Making sure the vehicle is a well-rounded demo vehicle, Oki opted to add some styling in the form of 20-inch OZ Leonardo wheels and Dunlop rubber. Making sure the vehicle still handled correctly is thanks to a suspension kit from Supersport. After all, this VW has traveled all across Germany, putting on tens of thousands of miles, so it’s important that the added weight does not a ffect the usability of the vehicle.

I’ve had the pleasure of getting a demo of the vehicle, and I have to tell you that words cannot describe not only how surreal it is, but just how vicious it can be. In order to be able to get a full tilt demo, we had to drive 10 minutes out of town and park in the middle of nowhere in order to not have any noise complaints. This vehicle has won numerous championships in Germany’s dB Cup organization, but its single biggest highlight was winning the 2009 Bass Race World Championship in the 159.9 category against the defending champion, Tommy “Kob” McKinney. I remember being there for that win, and let me tell you, it was

Hats o ff to you Oki, your vehicle truly is one-of-a-kind! 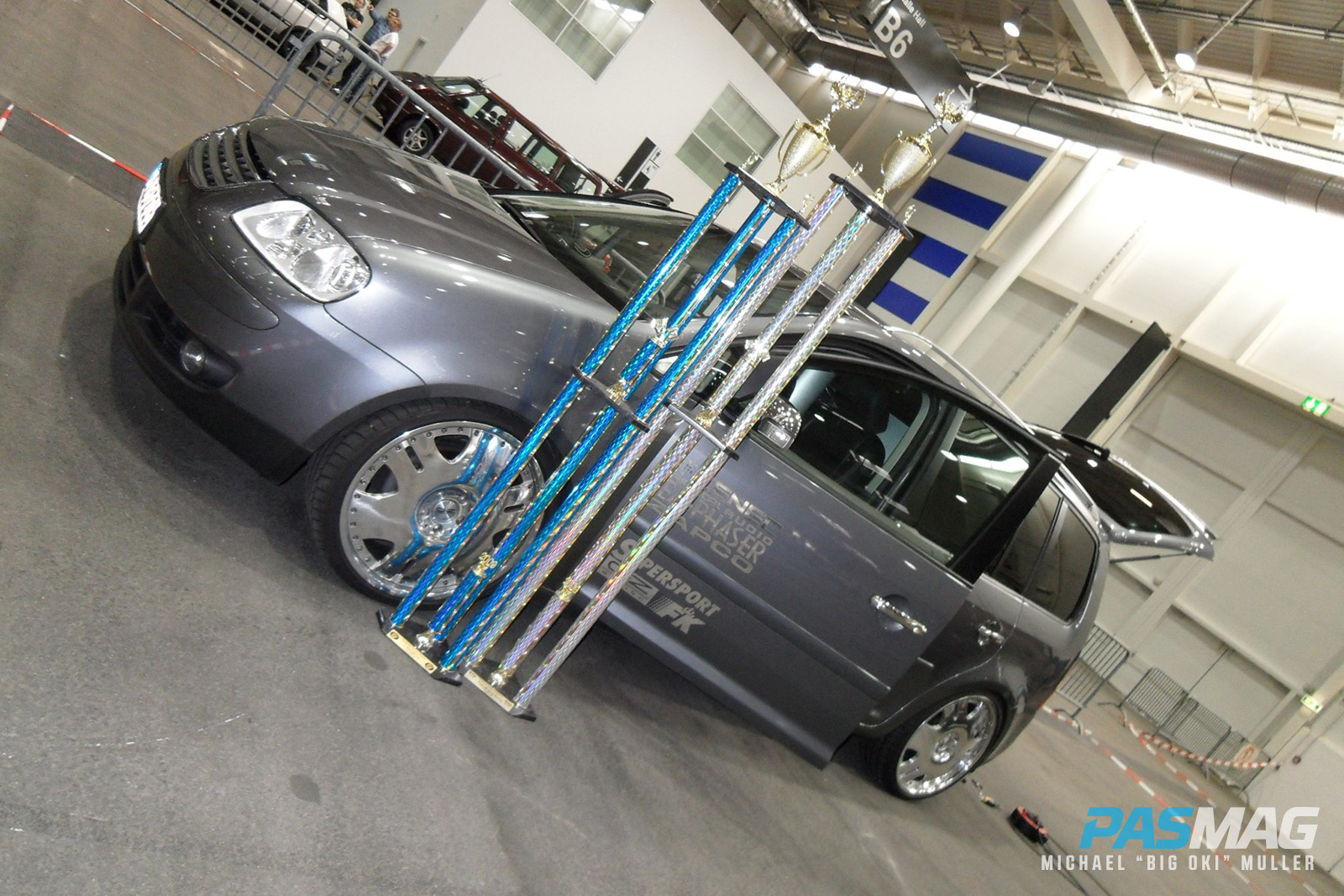 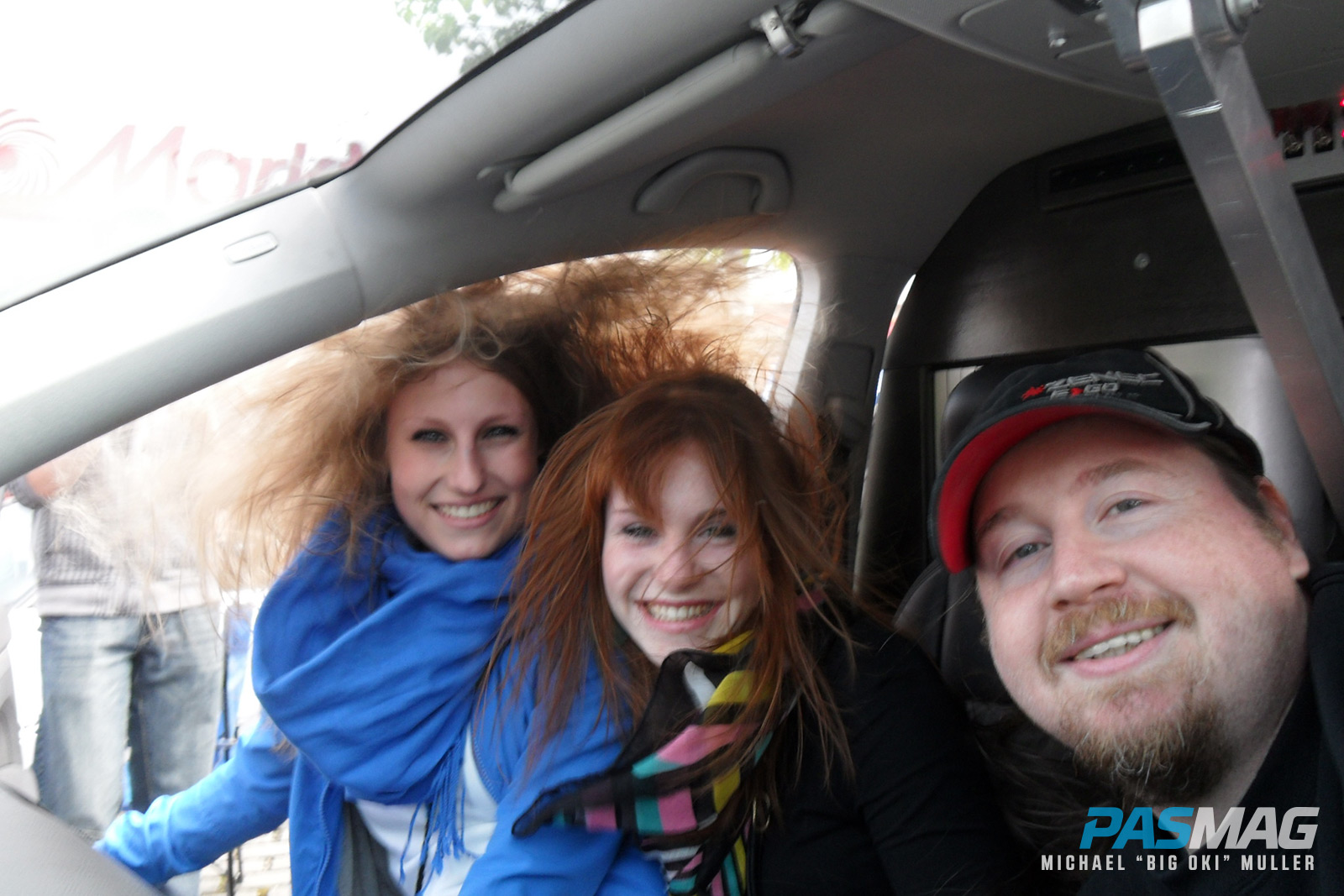 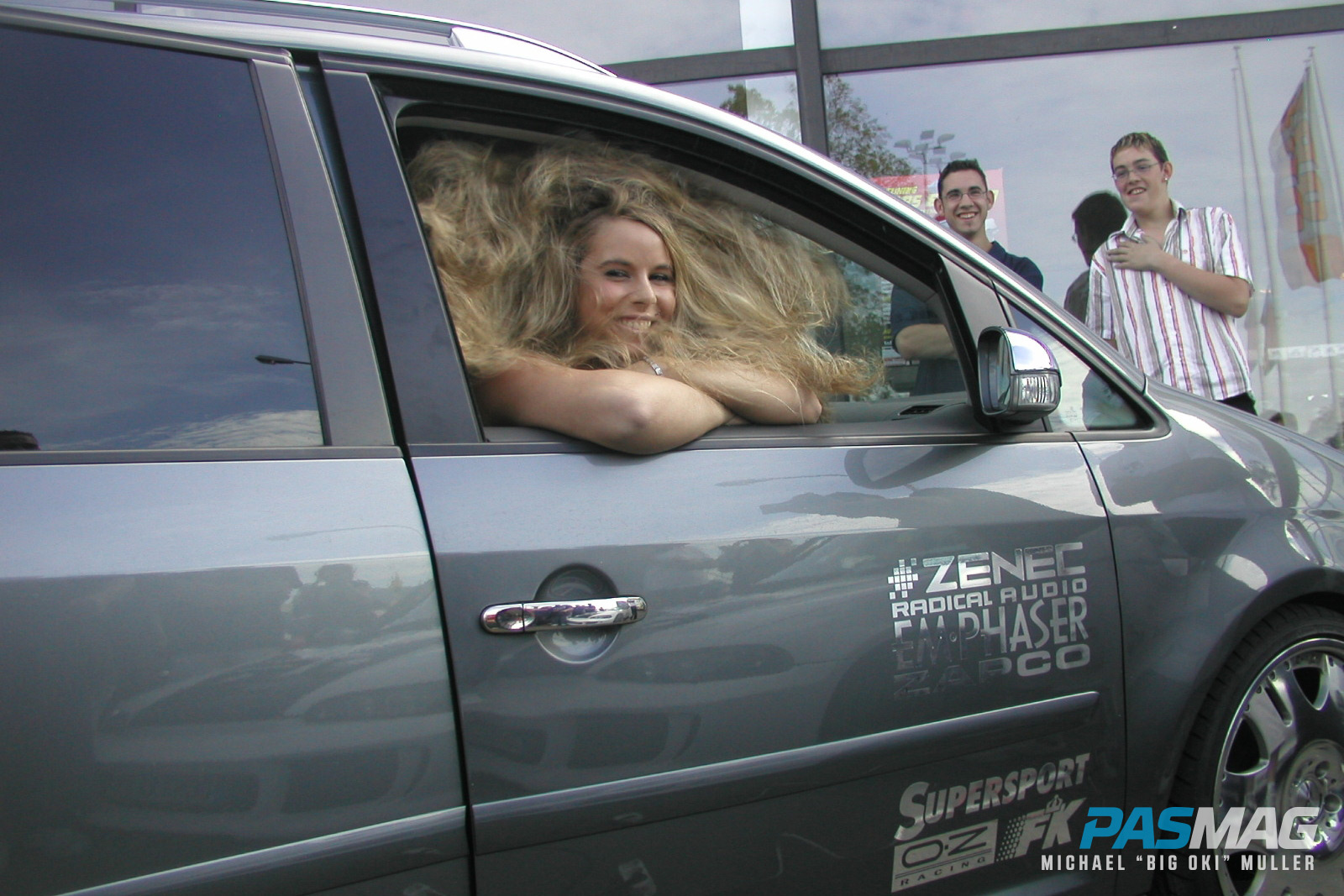 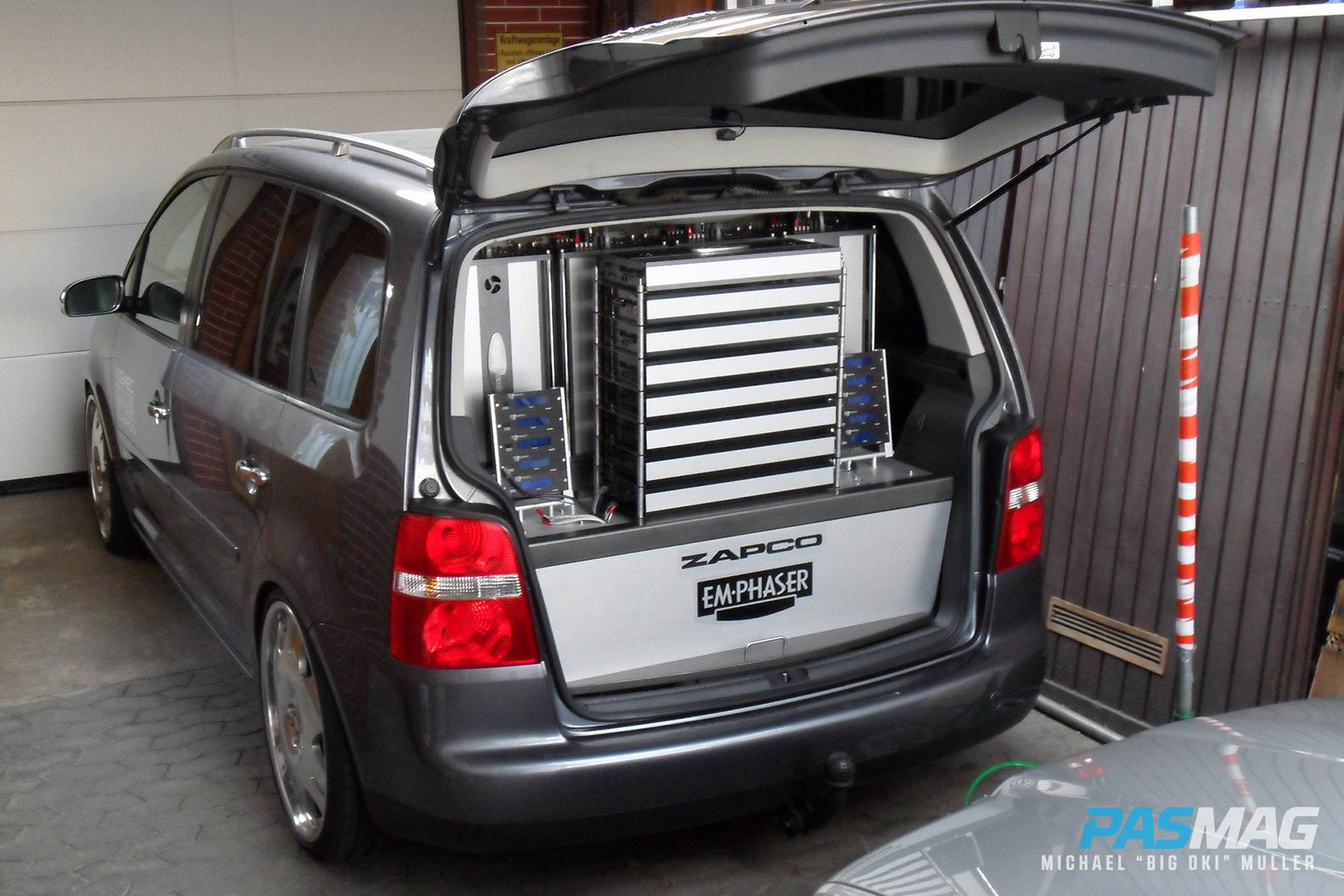 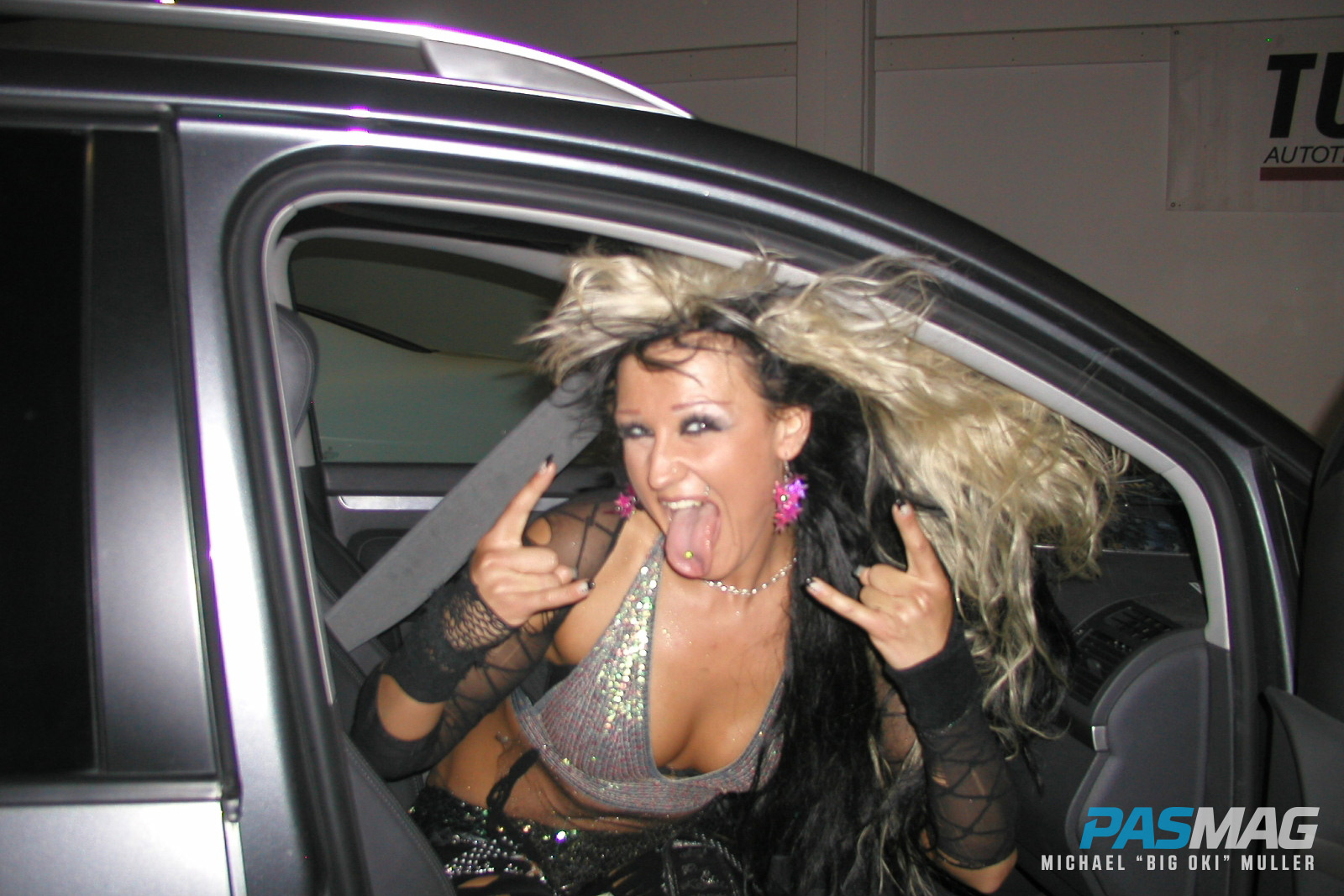 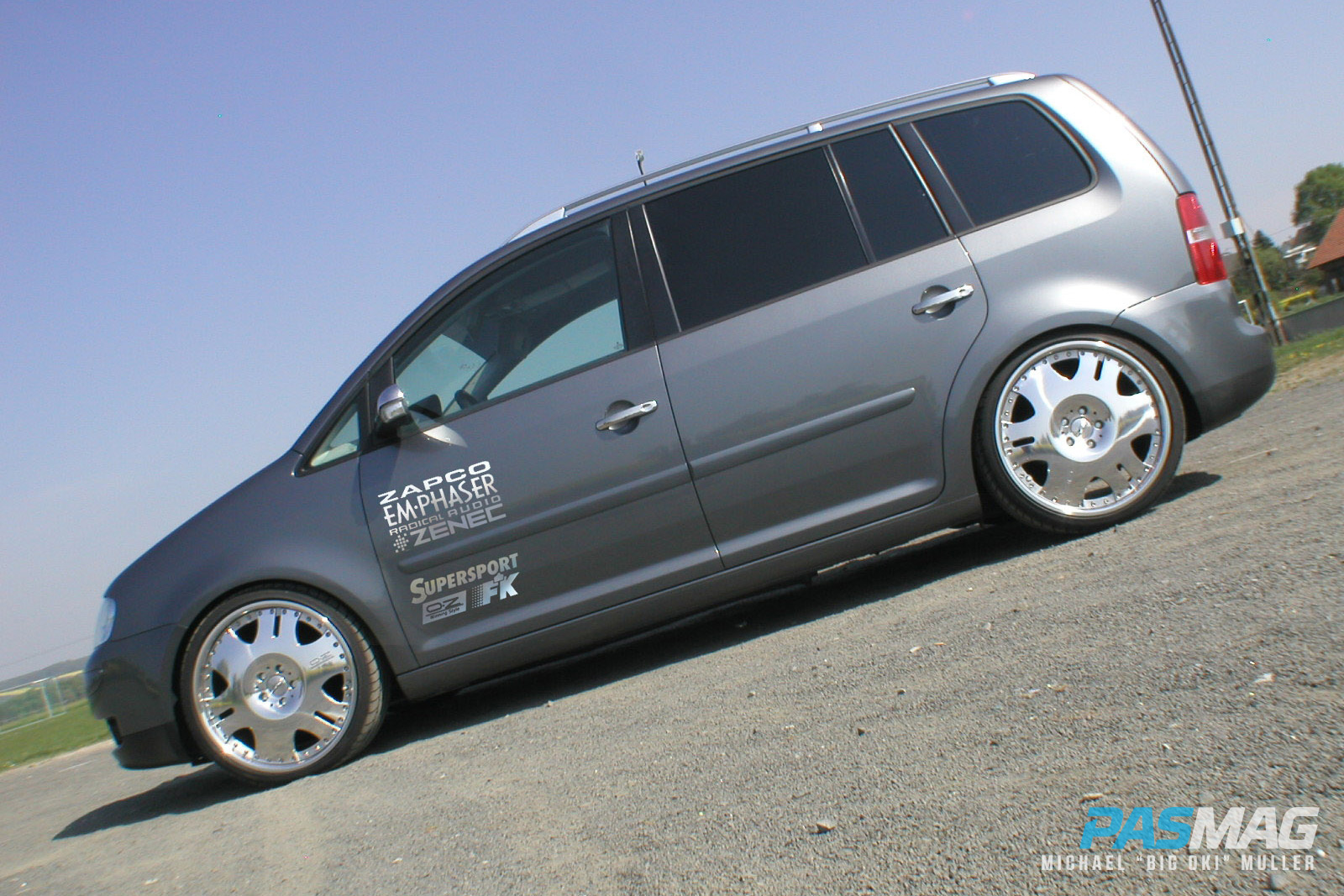