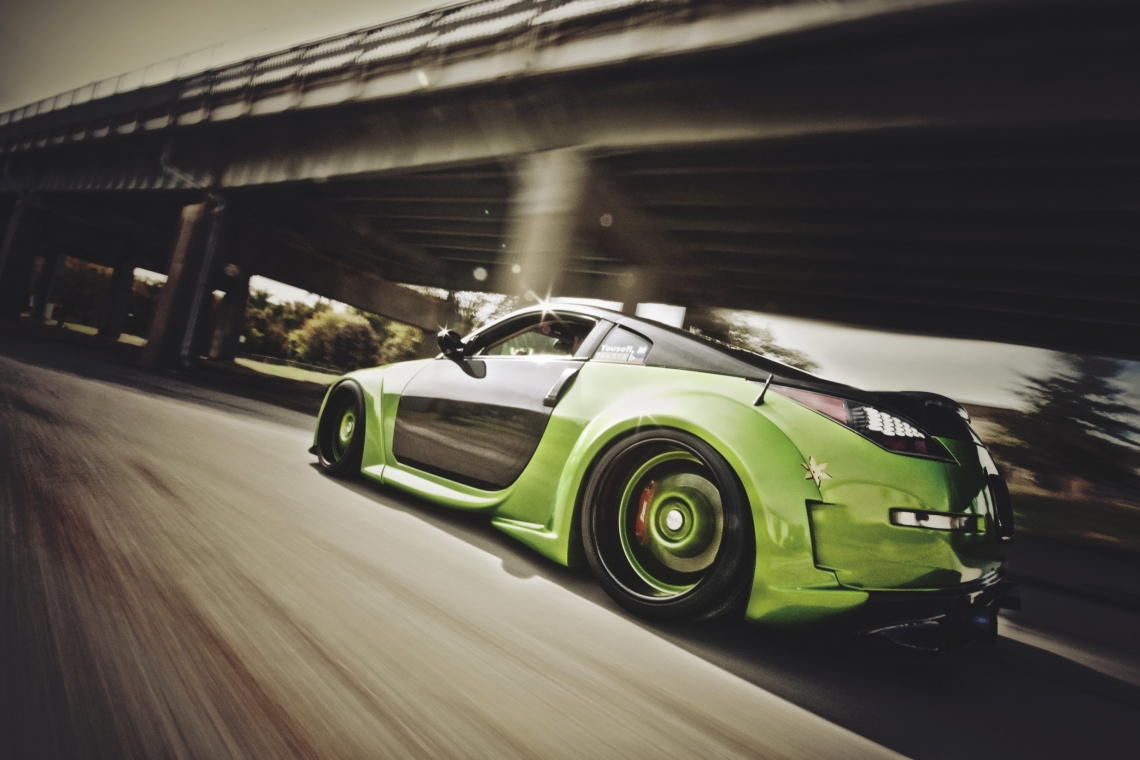 Farhad “Muzzy” Yousefi never imagined he would rebuild his cherished 350Z from the ground up. When he started drifting it in 2007, it looked nothing like what you see here. Much in the same way Dr. Banner bulks up when he gets angry, Yousefi took out his frustration on a bare shell and brought it back meaner and greener than ever. Gamma radiation may have been left out in this tale, but looking through the specifications, nothing else was. Yousefi's ride is known to the local show community as “Hulk Z.” That’s due to the green paint scheme and dramatically restyled front section, swapped from a Honda S2000 and remolded to fit the 350Zs dimensions – it’s the first shocking change. The “plastic H-frame” was eliminated and custom mounts for the polished radiator, intercooler, and reservoir created. It’s hard to imagine that much hardware to co-existing in the nose of a Z, but Yousefi and Josh Croll of Croll’s Customs in Temple, Penn. made it work flawlessly. Beyond OEM quality, this is far superior and complex than assembly-line fitment.

The rest of the body comes from a number of manufacturers. VeilSide took care of the rear bumper and fenders, Mastergrade carbon fiber roof and doors were added and ASUKA carbon fiber spoilers, hatch and Seibon carbon fiber doors were used. K2 Motoring made the distinctive headlamp assemblies and tail lamps, which look remarkably like the eyes of a Transformers movie character. DuPont Snakeskin Green paint provides the perfect hue for jealousy and intimidation.

So, what about “rebuilding from a shell?” Well, Yousefi took his self-installed weekend DIY supercharger project and managed to wreck the Z pretty good. Quoting George W. Bush, Yousefi laughs and says, “When I was young and stupid... I was young and stupid,” remembering the wreck. After watching the Tokyo Drift movie religiously during his “ricer” days, he took the Z out for a spin into a major intersection and decided to do donuts in the middle of it. After a few seconds he hit a storm drain and it whipped his car across a barricade and ripped off the bottom 10 inches. He still had the desire to enter into the show car scene, but not before the painful experience of rebuilding the “bare shell” of the Z.

With his car in the shop for “some major overhauls that I could not handle” and a “large sum of money,” the Z was returned to him a year-and-a-half later as a shell and some nuts and bolts. He doesn’t name names, but we sympathize with his plight. “I lost my car, my outlet, my passion. I was a shell of a man, just like the car. I live by the motto: make your weaknesses your strengths!” Gamma radiation infusion begin immediately.

Scouring junkyards with the help of friends, Yousefi’s monster Z began to take shape. Using Croll Customz and sponsors like Sound of Tristate, JL Audio, JM Paint and TAKATA Racing, more than 2,000 hours of custom work gave this car a second life. The fully-shaved Z33 engine bay is evidence of that.

“I was able to be the first to successfully shave the camber arm bolts on the wheel wells.” Where they went is a highly-classified secret. The Vortech supercharger blows through a Spearco intercooler and past a custom six-line NOS direct-ported nitrous oxide system. Wanting more than just boost, Yousefi installed Jim Wolf Technology cams for boost-friendly valve actuation and the JWT 14-pound flywheel and clutch. Six 440 cc squirters from RC are controlled by the OEM PCM and a Split Second piggyback engine management system. Combined with Top Speed headers and zero-restriction three-inch piping, the VQ35DE puts out 423 rwhp and 340 lb-ft of torque. That’s good enough for a 12.3 @ 127 mph quarter-mile. The cartoon version of the Hulk might be faster, but not by much.

What good would all that power and exterior be without the best comforts installed inside? Yousefi turned to Newcastle Auto Upholstery in Wilmington, DE for suede – and lots of it. The headliner, door panels and a good portion of the dash are covered, complete with criss-cross stitching woven attractively over top. Yousefi also added VeilSide VSD-1 carbon fiber reclining seats and Takata Racing harnesses, We’d like to say the NRG Innovations steering wheel and Blox shift knob round out this tour de force, but we can’t. There’s still much more.

A gold-anodized Cusco six-point cage was fitted and the behind-seat storage shelf deleted along with the rear strut tower brace. The rear body section was reinforced before a fiberglass design was fitted and wrapped with more stitched suede.

Defi gauges mounted in a custom carbon fiber instrument cluster and an iPad mounted directly in front of the passenger are the beginning of the entertainment treatments.

To access the amplifiers, a motorized drawer slides out of the rear bumper behind a carbon-surrounded personalized “Muzzy” license plate.

Two front monitors are Fahrenheit 100 units and the source unit is a Kenwood DDX714 double-display, double-DIN mobile electronics integration unit. It can interface with iPads, iPods, Bluetooth, a Kenwood Navigation system and satellite radio. Oh, and it plays every CD and DVD format known to man too. Kinetix power wire, fuse block, distribution blocks and capacitor all work behind panels to move the juice from an Optima D35 yellow top battery mounted up front to the serious JL Audio hardware in the back. Lastly, Yousefi placed two “custom sneaky” NOS bottles between the seats.

This current build represents “Version 3.0” of Yousefi’s unique Fairlady. His loss “was the passion to drive this build.” He says, “It gave me a blank slate and the possibility to build my vision. I believe the tuner scene provided a great outlet for my pieces of art, molded and fabricated by labor of blood, sweat and tears.”

He’s already garnered a Best of Show award at the OC car show and is already planning new innovations for “Version 4.0” in 2013. While he laments a “lack of craziness” in the cars he sees today, watching inspirational builds is what kept him going during his darkest moments. Hulk-Z is a bright green flash of innovative encouragement to others that even the worst setback can reveal a pot of gold one day. Mission accomplished, preconceived notions demolished, minds blown. 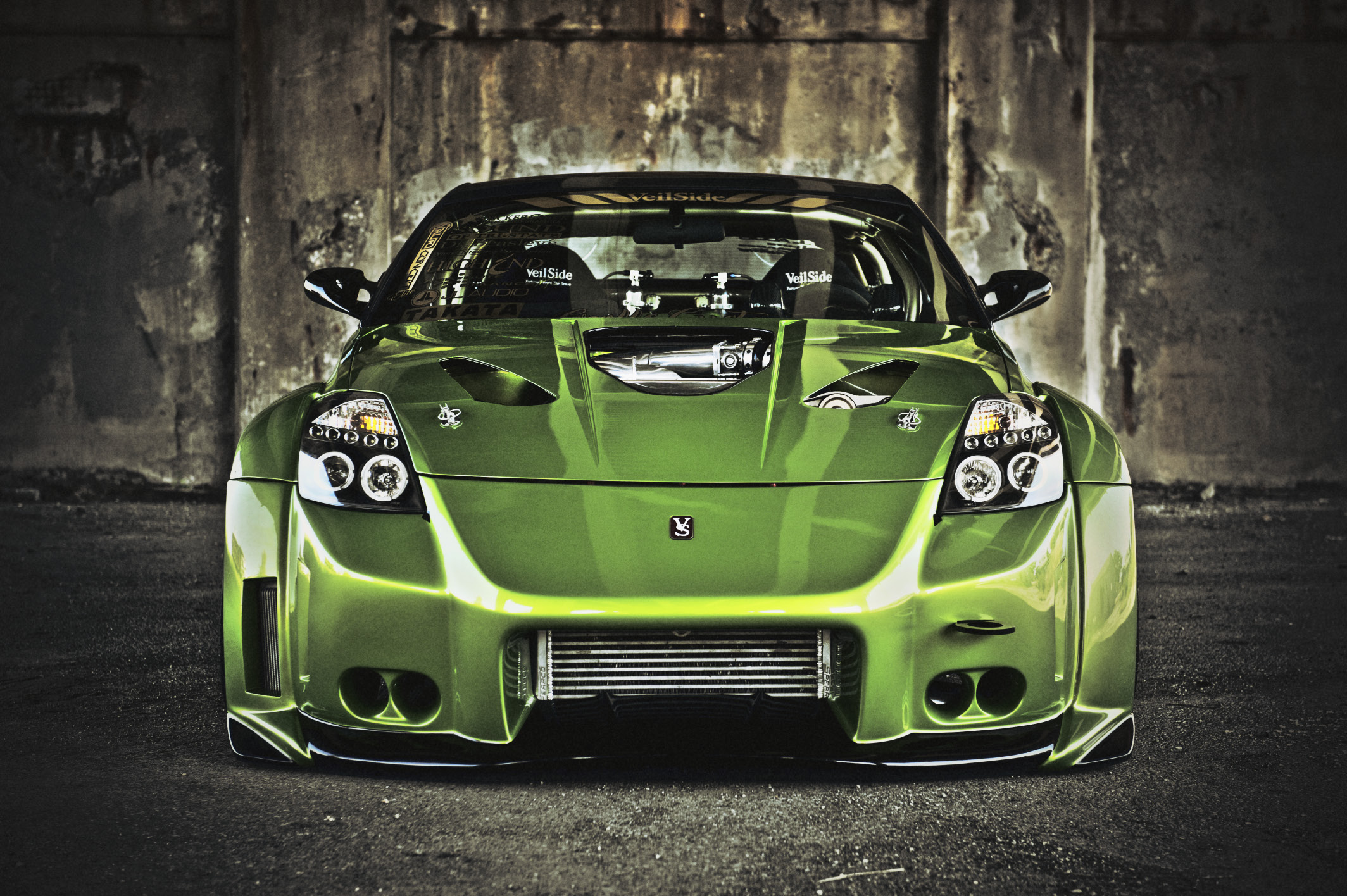 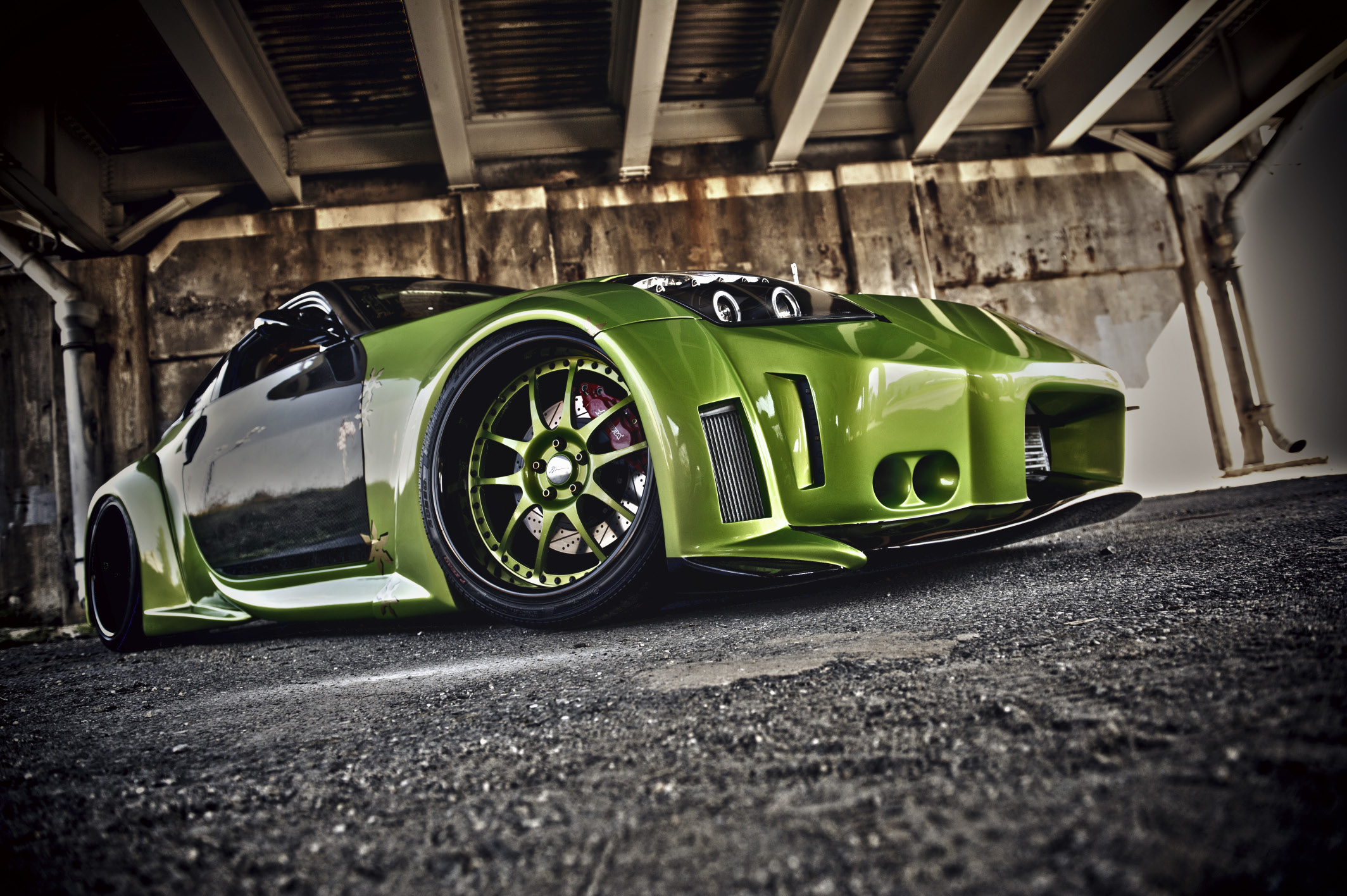 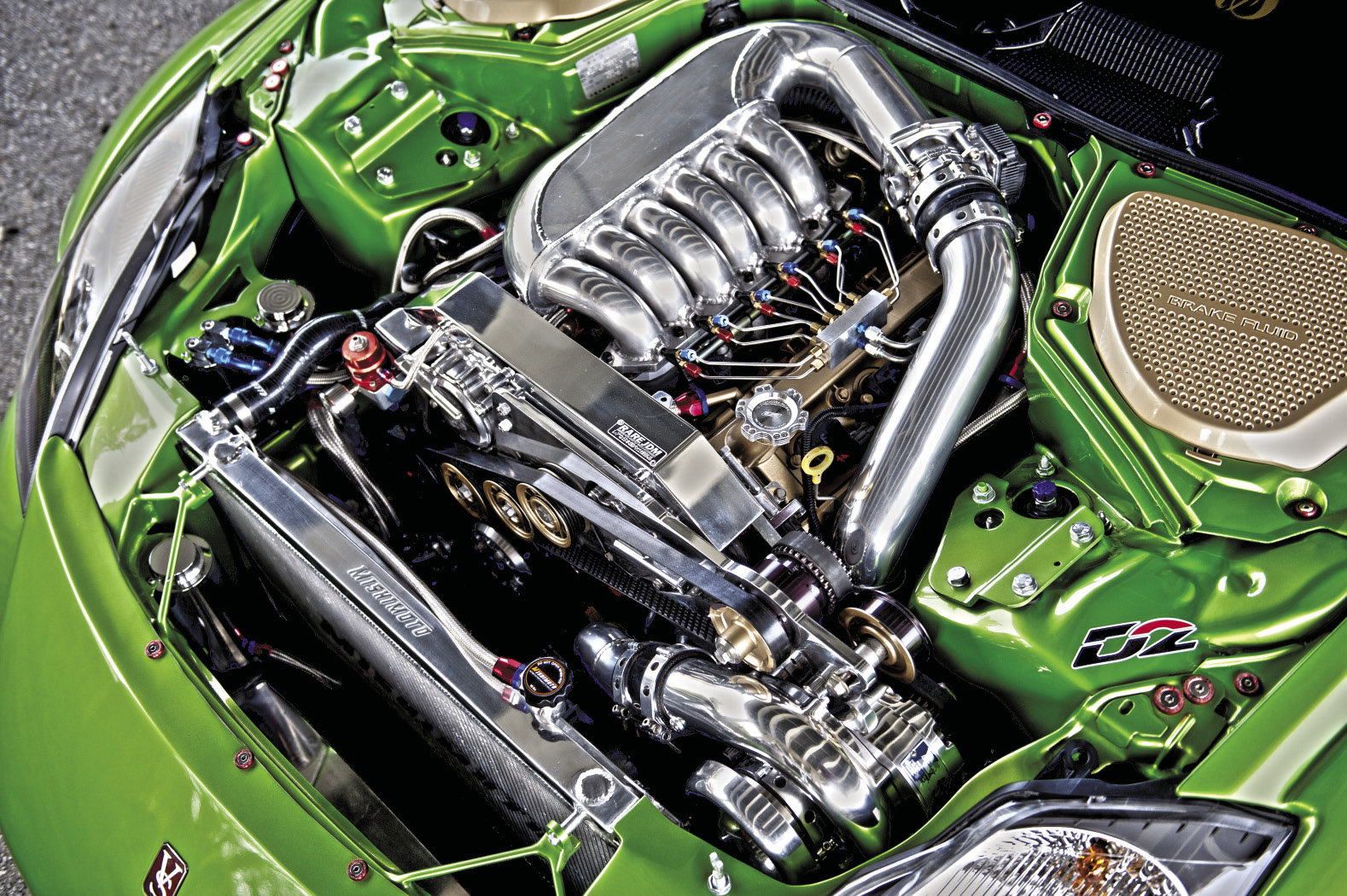 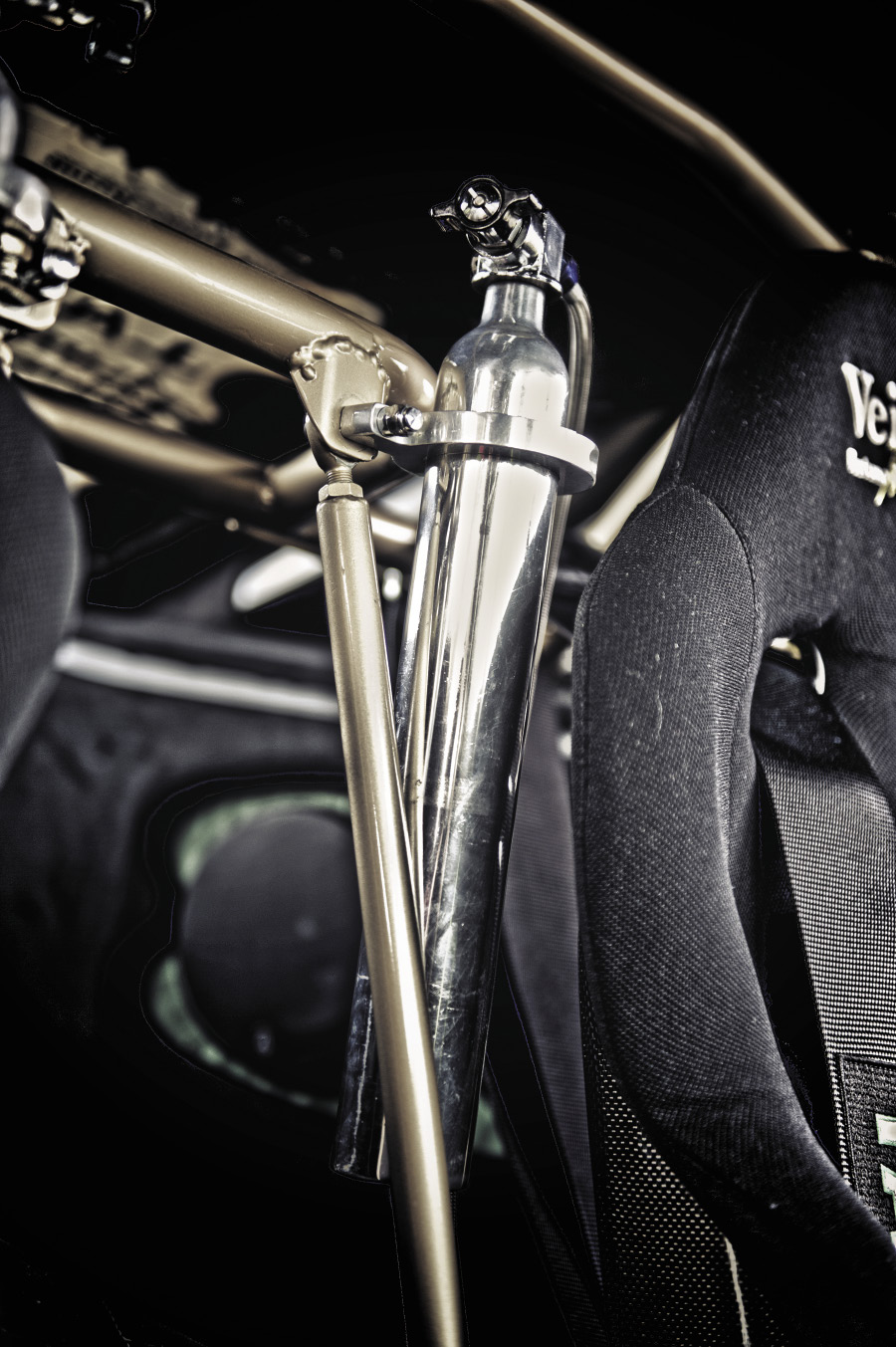 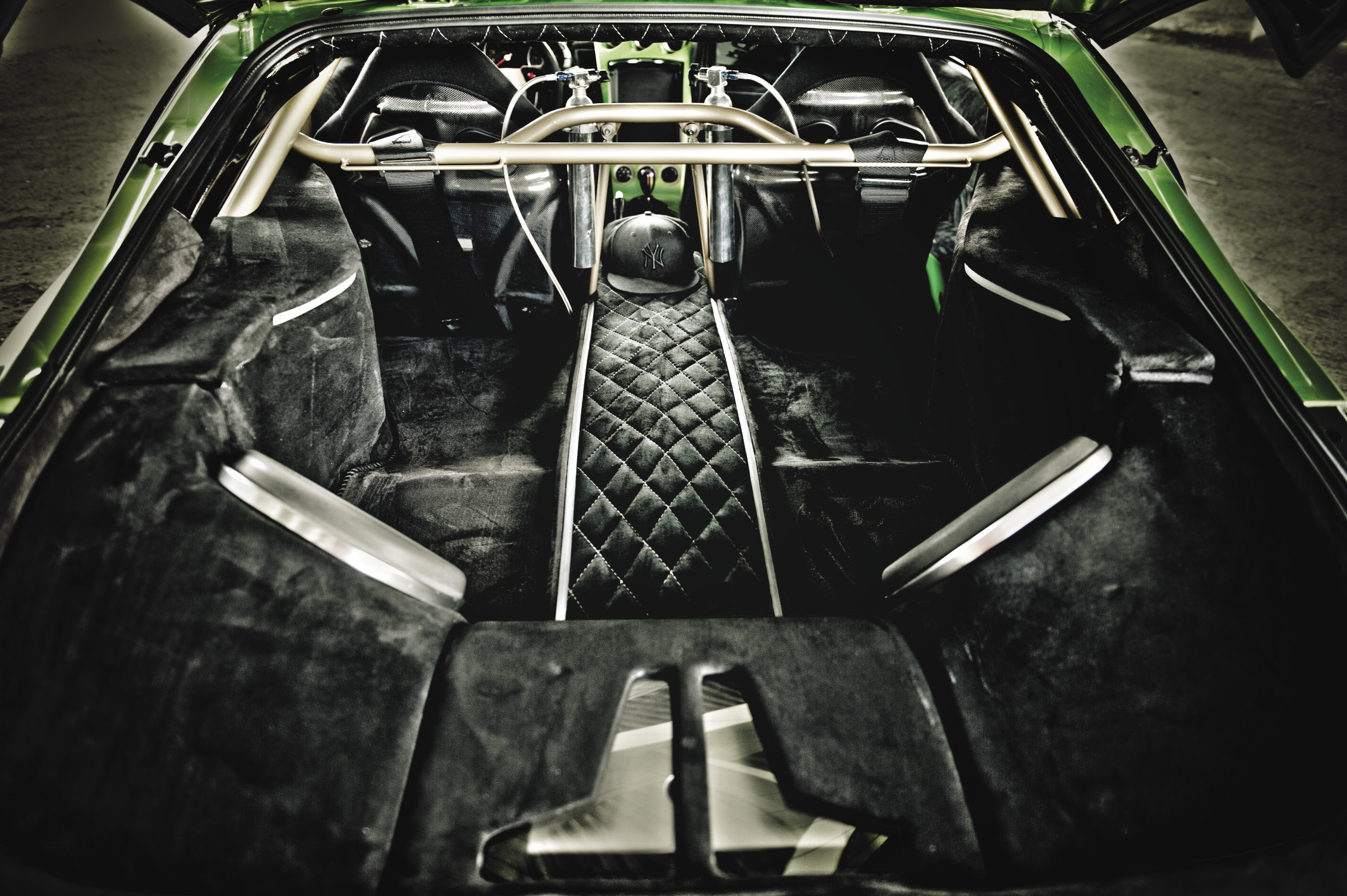 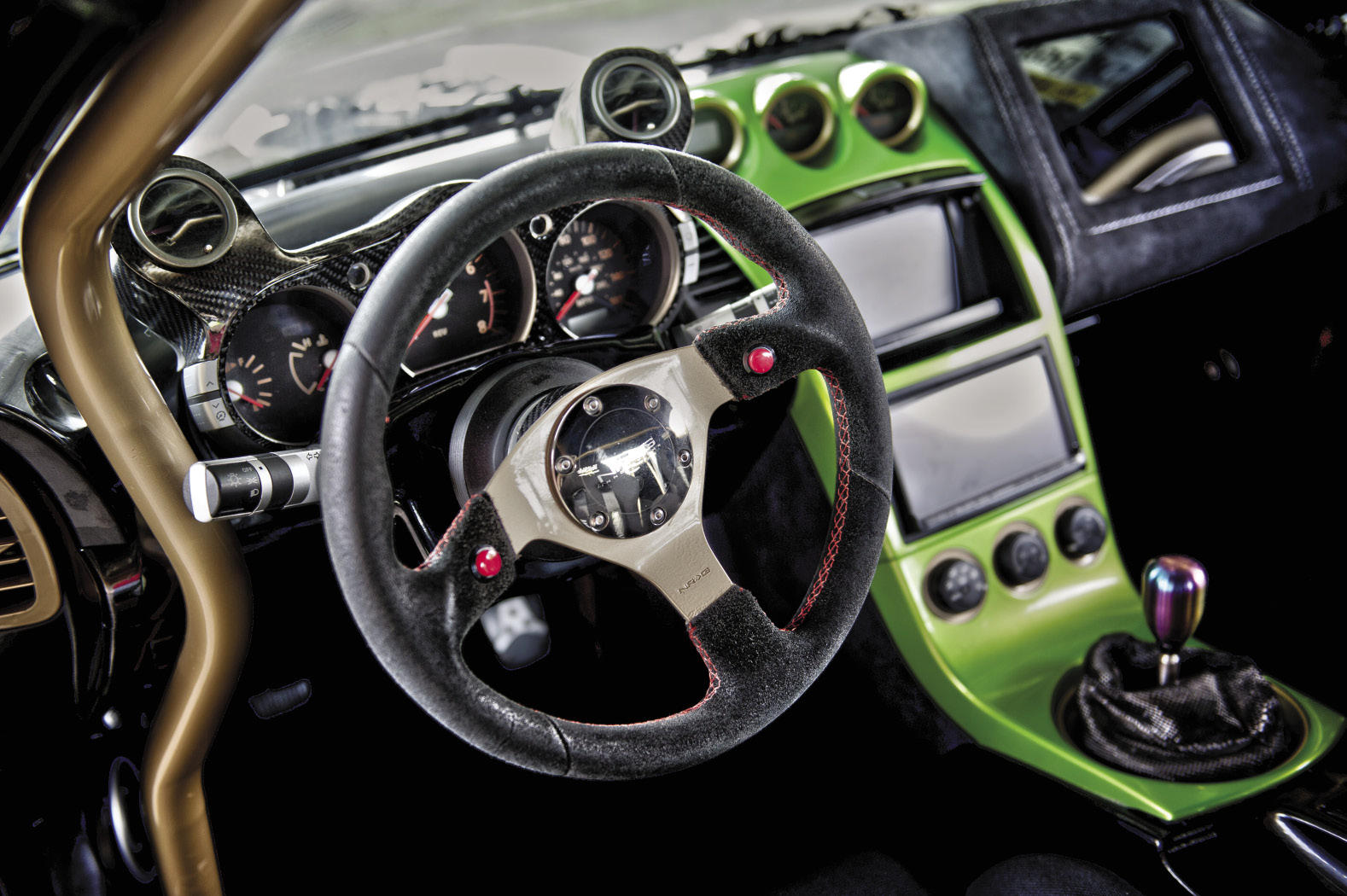 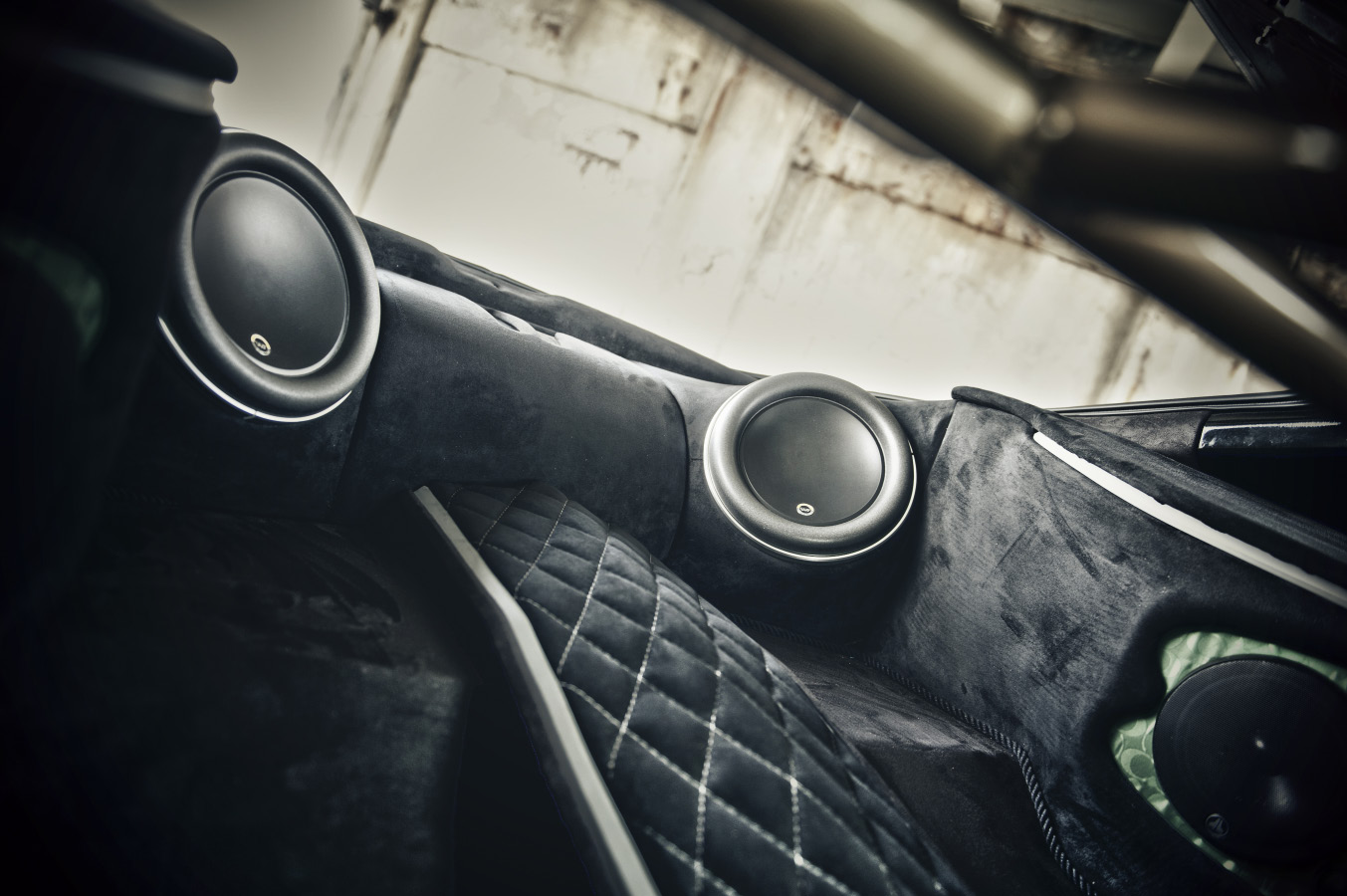