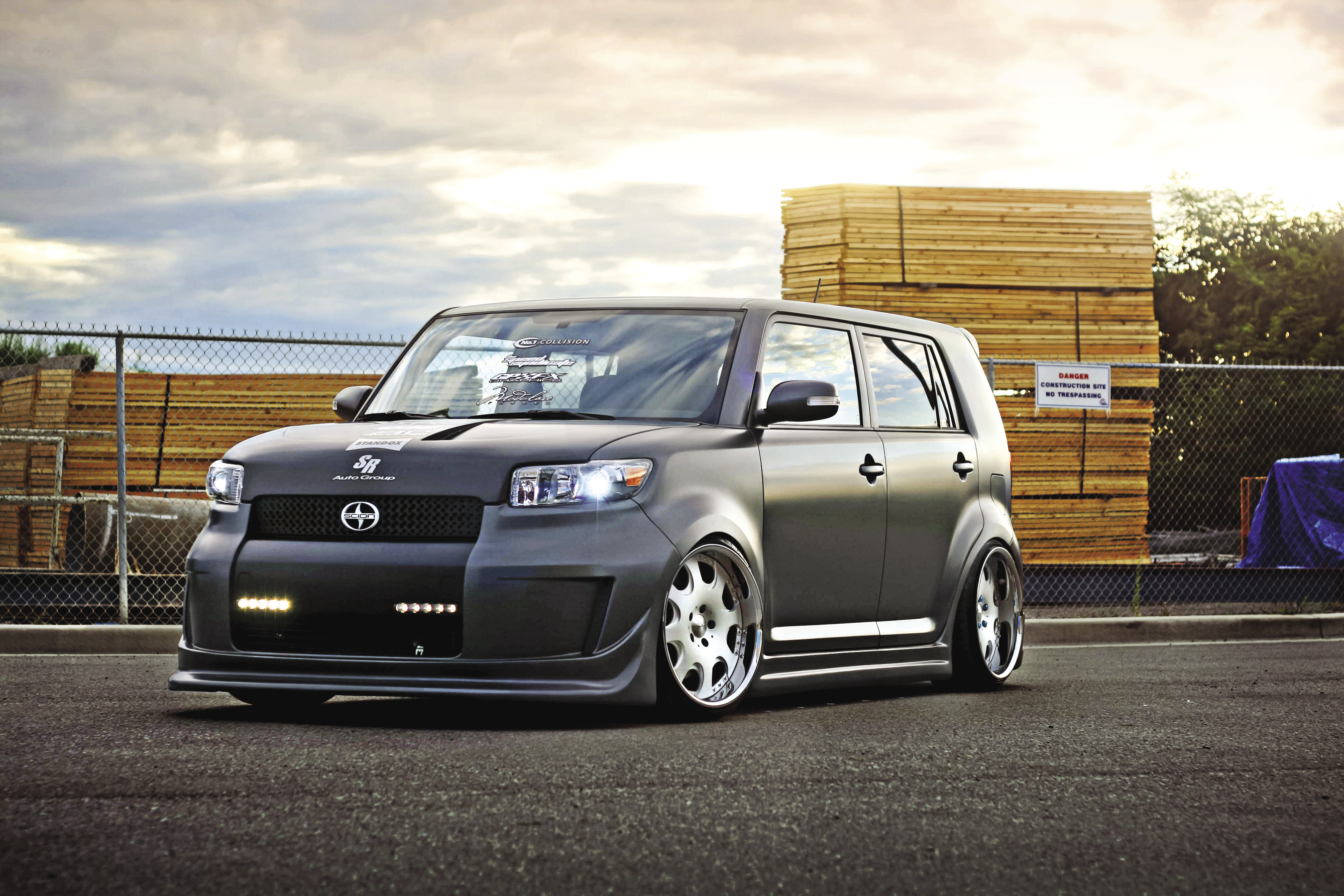 This Scion xB is dubbed the "Anarchy" - a fitting term for a tuner that fights the conventional notion of what a daily driver should look, perform, and sound like. Perhaps it was this spirit that led Richmond, British Columbia-based SR Auto Group to name their 2011 Scion xB something so rebellious. It is a car that definitely doesn't follow the established order - even when it comes to the modifications arena. One look at the SR Auto Anarchy and it’s apparent that the team has accomplished something tremendous with this modification. The car radiates a classy, almost-luxury feel, but the parts don’t define the car like so many other projects. Instead, the upgrades strengthen the character of the car, while not taking away any of its original integrity. 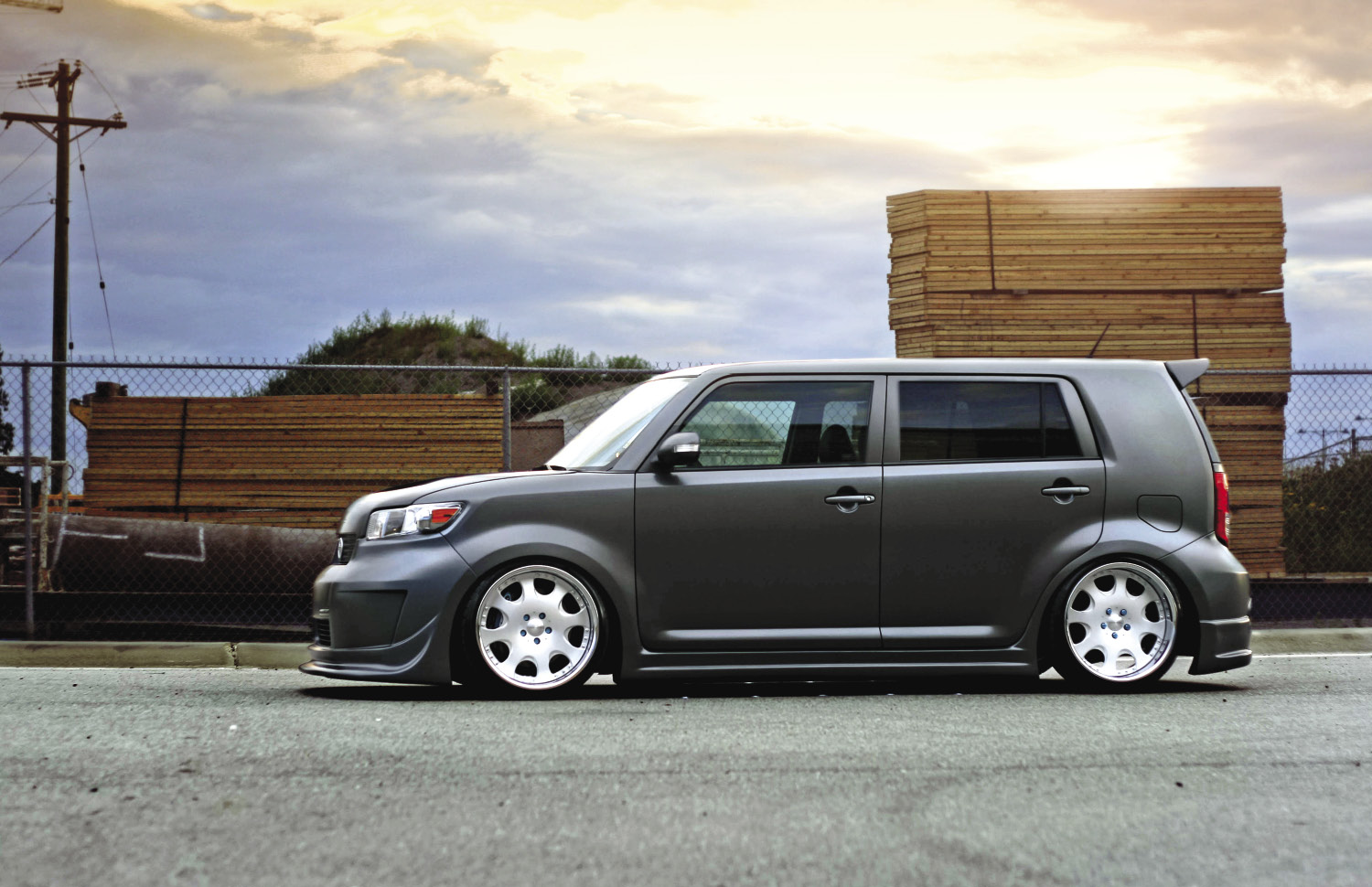 The approach SR Auto took simply enhanced the stock features of the xB, starting with the exterior. Using an AIT Racing DL Style B-Magic body kit, the natural cube look of the xB is emphasized by making the car wider and more box-like. In addition, custom flares and reshaped front and rear fenders give the body harder edges and a more aggressive look. Flush mounted fog lights accompany the Alumina Xenon HID headlights and Monarch puddle lamps in the front bumper to take care of the Anarchy’s lighting system.

A carbon fiber hood, trunk, and spoiler from Seibon provides a nice contrast to the Military Grey paint job done by No.1 Collision. While the darker tone of the carbon fiber makes it stand out, it’s not too in-your-face. The color reminds you of something you would see on a high-end luxury sedan, but at the same time it definitely isn’t a stock paint option. 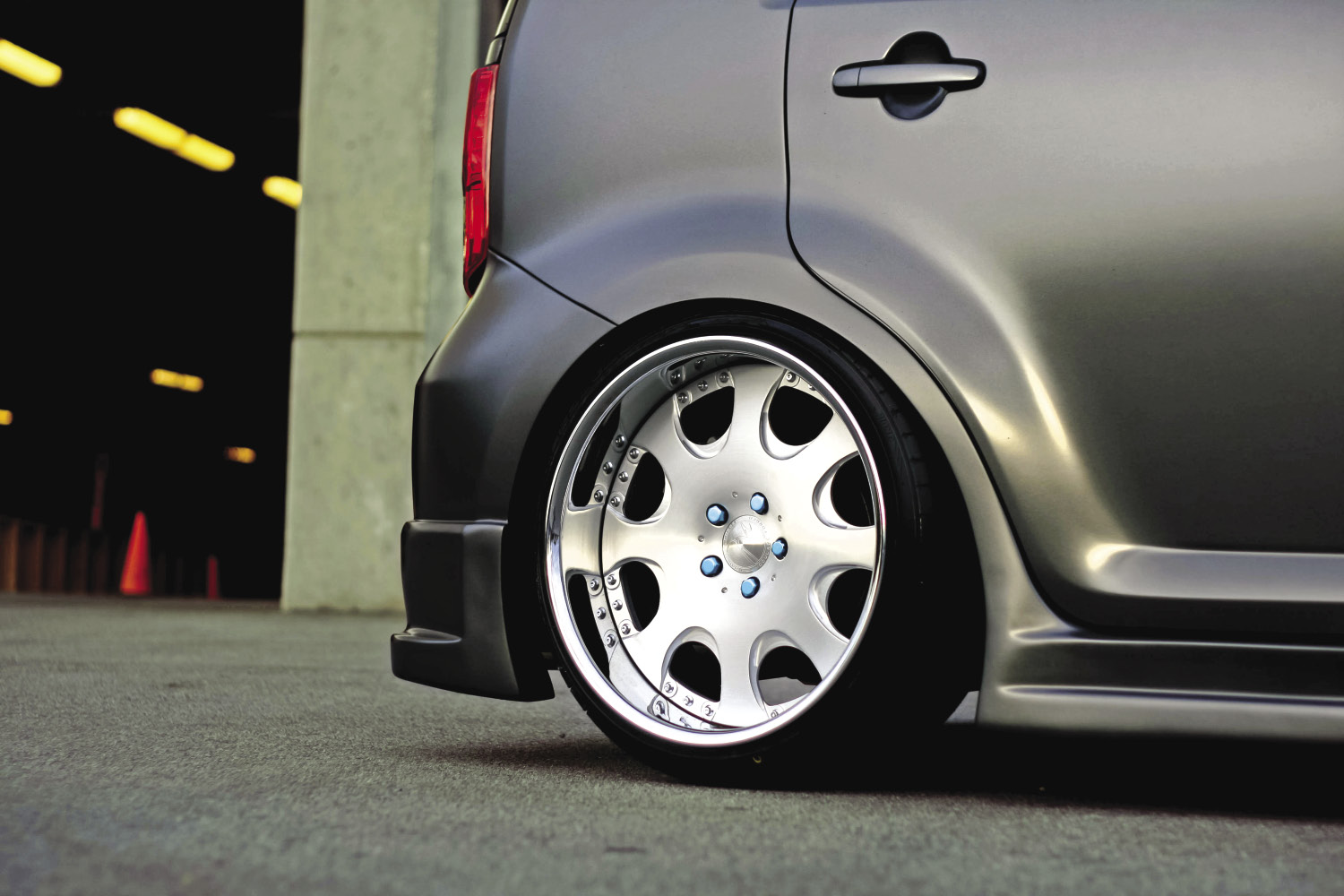 The lug nuts of the Anarchy’s 19” Modulare M23 wheels are hand-painted Eccentric Blue to give the car another great visual cue. Your eye is instantly drawn to the wheels, but not so much that it takes away from the clean aesthetic of the rims. 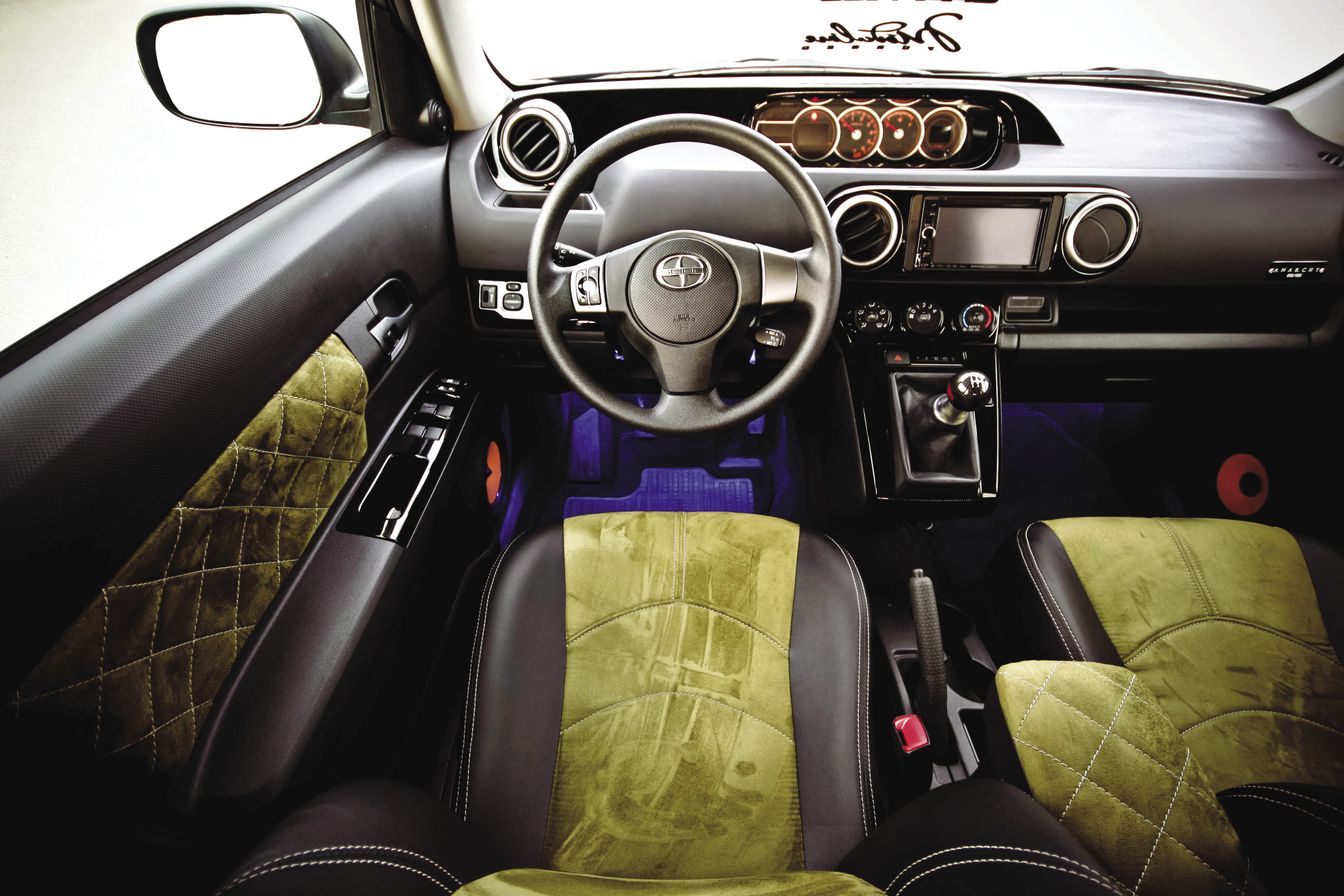 The interior design of the SR Auto Anarchy is the epitome of class and style. Look inside the car and you’ll immediately see the suede and leather upholstery job on the seats and door panels, made possible by Trim Up Interiors. Inspired by the Lamborghini Reventon, the work is more than impressive. Other interior highlights interior include a TRD carbon fiber shift knob and blue LED foot-well lights. 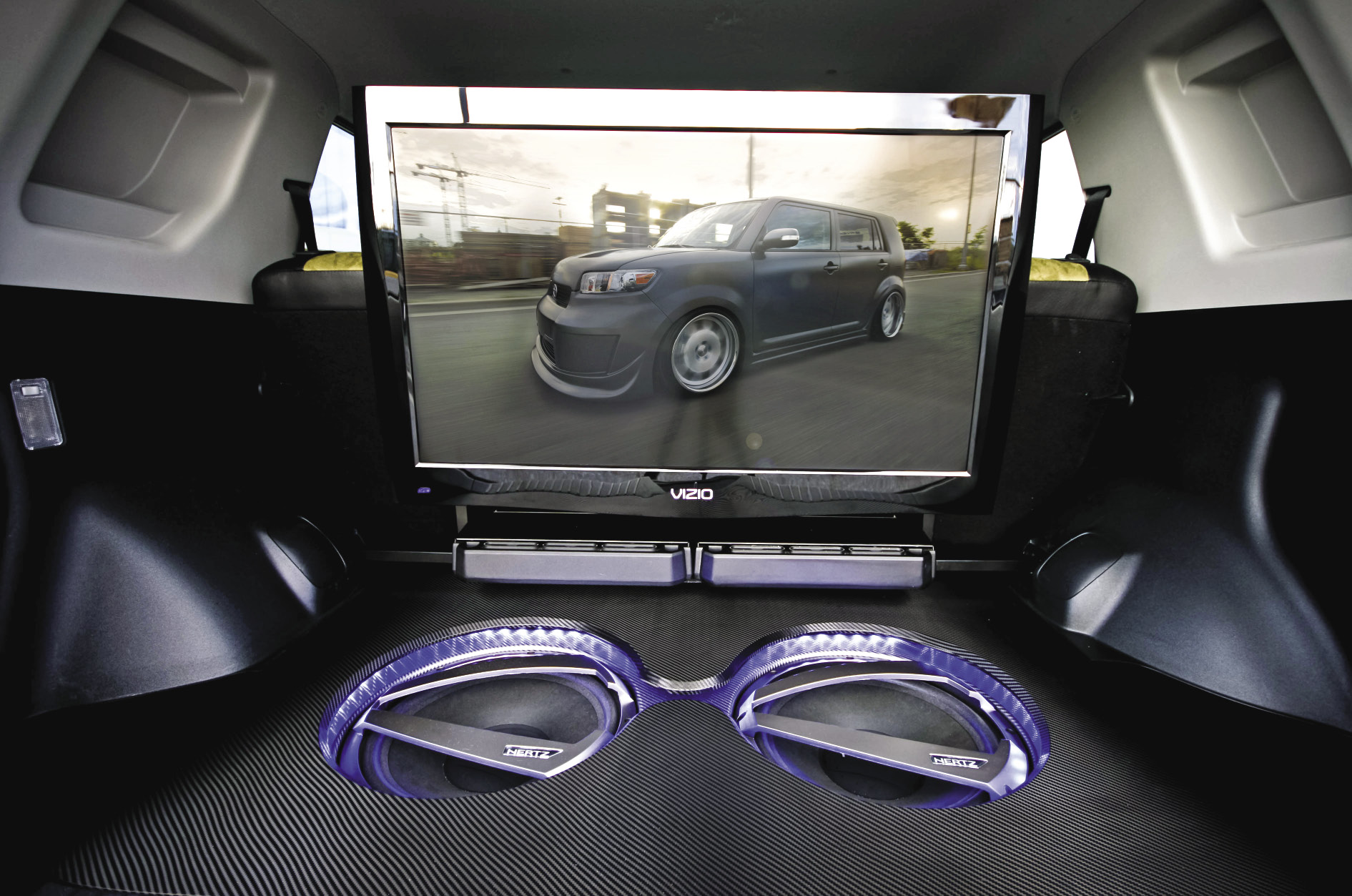 The back of the car houses a 32” Vizio LED Television and a pair of Hertz HX250D subwoofers. The sub enclosures are lit with blue LEDs to match the footwells, giving the front and back a proper feel. 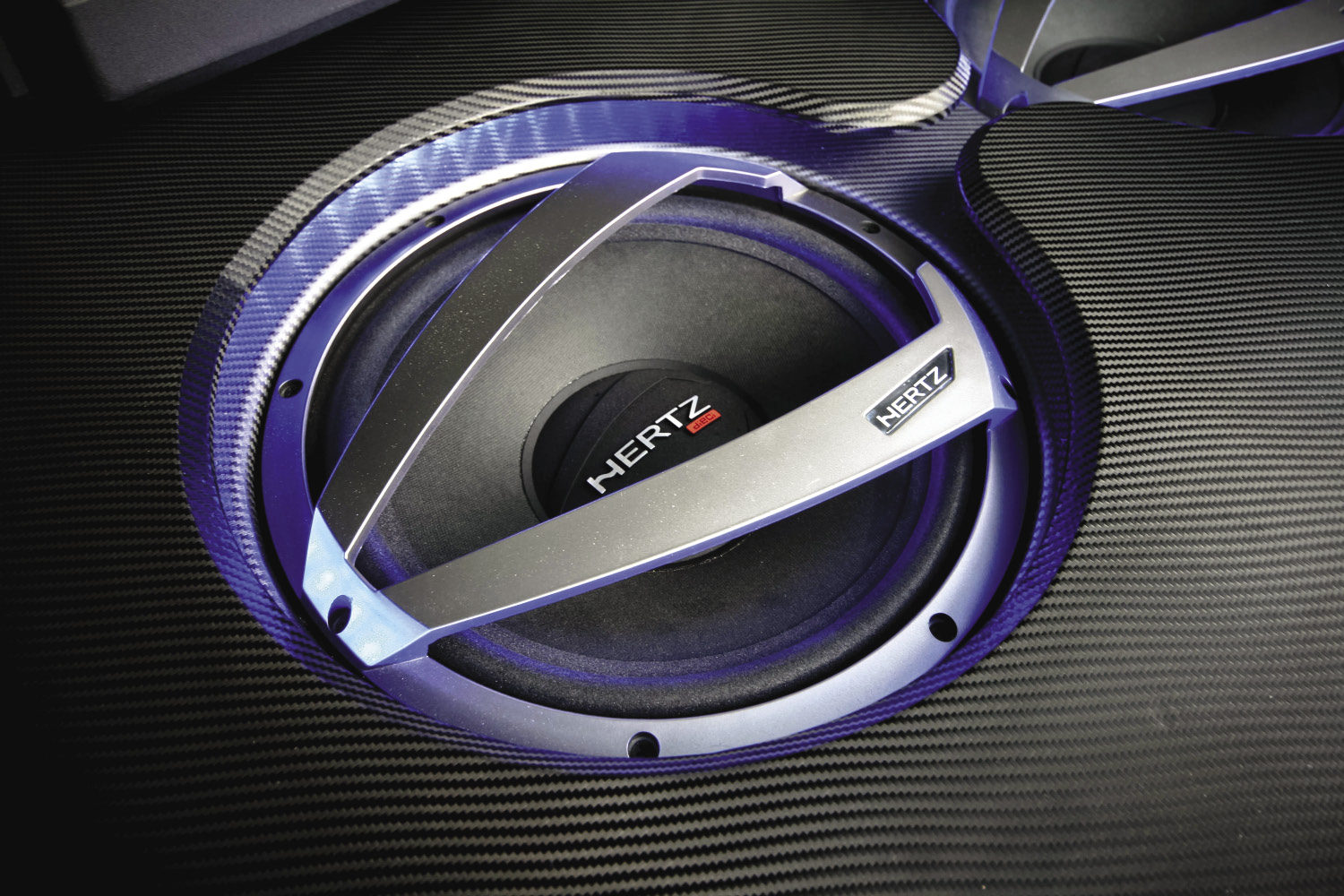 For the rest of the audio modifications on the xB, Hertz ECX 165 speakers are in the front while DCX 165s are used for the rear. A Kenwood KAC-8405 amp delivers the power to the speakers, while a Kenwood KAC-8105D Class D mono amp powers the subwoofers. Finally, a Kenwood DDX-616 head unit acts as master control for this sonic goodness.

As for performance mods, the upgrades start with a Descendant Racing DxBT-2 turbo, and Descendant intercooler and blow-off valve. A new exhaust system was added using Toyota Racing Development (TRD) parts, while engine tuning was taken care of by The Speed Syndicate. BC Racing struts and springs were installed along with a TRD sway bar to give the xB a low stance, and a TRD big brake kit and Nitto N555 tires provide extra stopping power and traction. 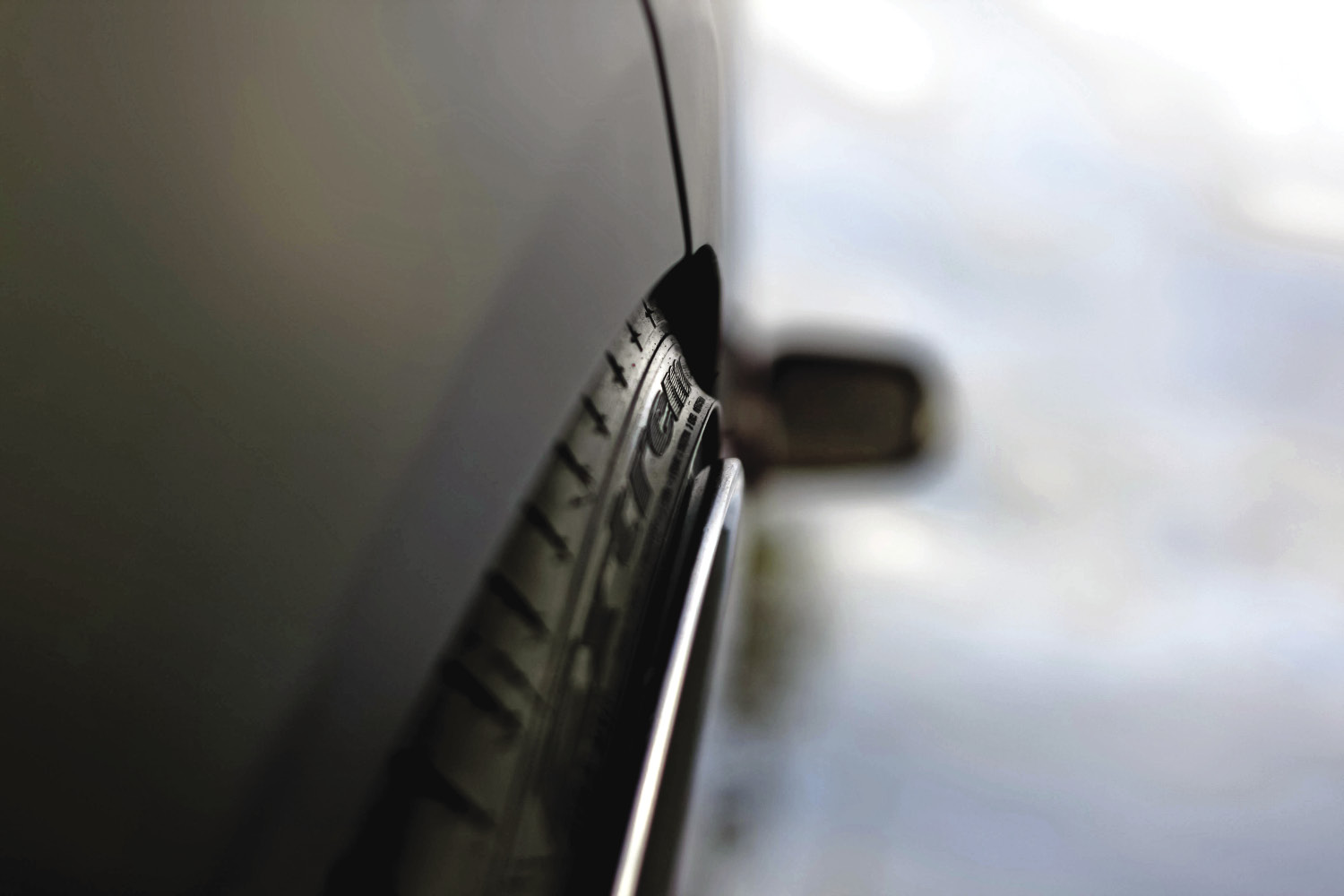 The Anarchy is truly a stunner. SR Auto has managed to take the meek, little Scion xB and turn it into a luxury beast. In recognition for their work, SR Auto was crowned champion of Scion Canada’s Tuner Challenge in 2011. For winning, the team received $5,000 and was sent to SEMA where the Anarchy turned more than a few heads on the show floor. 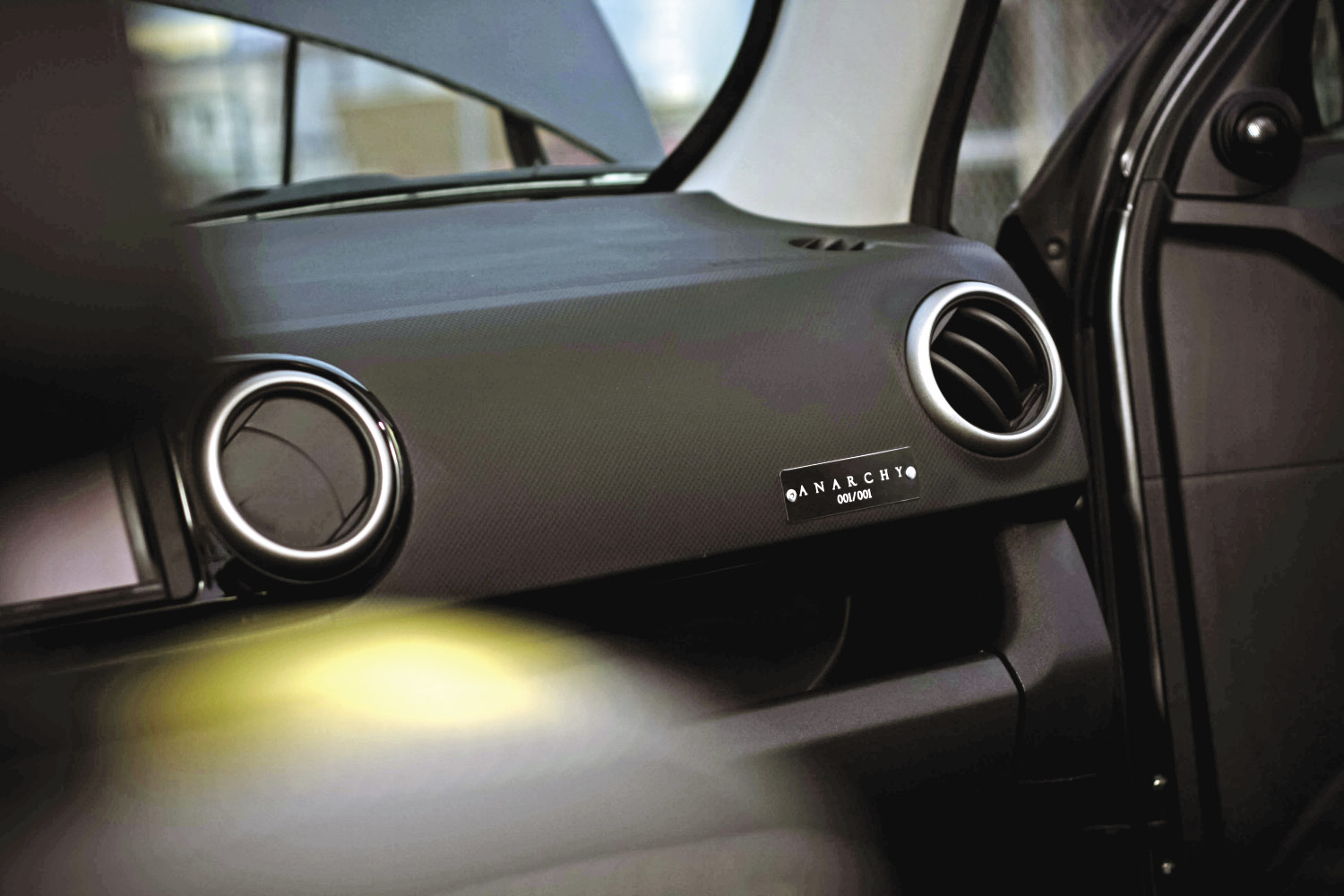