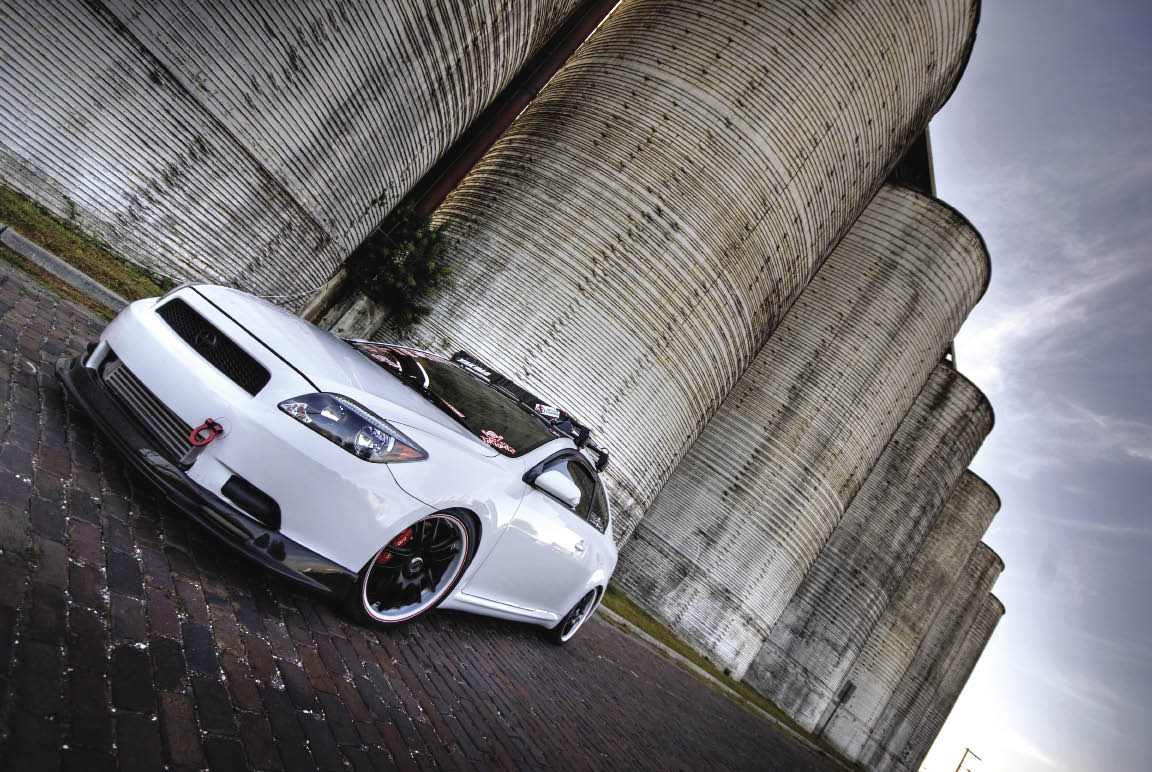 Man, Scion did something right over at their Long Beach headquarters. The company once criticized for its lack of exciting cars since the demise of the Supra, MR2 and Turbo Celica has sure pulled out the creative energy light sabre and then ripped the competition a new one. Sure the Scions aren’t much to get excited about in terms of performance and will never be mentioned in the same sentence along with the legendary Supra. Part of Scion’s appeal is that the brand is a funky blank canvas and tuners have done everything imaginable to them. RWD xB? Seen it. V8 twin-turbo Scion? Seen it. A Time Attack Scion? Hells ya, Chris Rado has clobbered the Unlimited FWD class with it.

And now for something completely different (a la Monty Python) we have a rear-mounted turbo setup on a tC. Designed and built by Squires Turbo Systems (STS), they have entered the wildly popular Scion market and are being embraced by it. Once ridiculed for being too unorthodox, the STS remote turbo systems have distinct advantages of over conventional setups, the majority being heat dissipation. 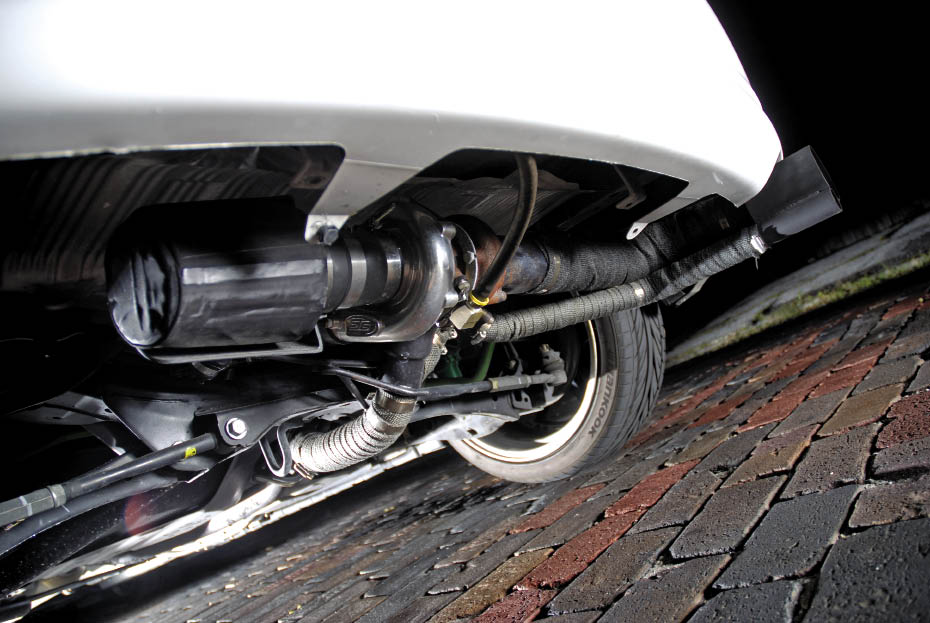 Owner (and PAS Freelance Photographer) Greg Deese of Tampa, FL was researching around the industry to find something a little different than the masses. He came upon the STS brand and thought: “I wonder if they would be interested in making one for the car?” As luck would have it, they were and decided to make his run the first prototype STS Stage III turbo. 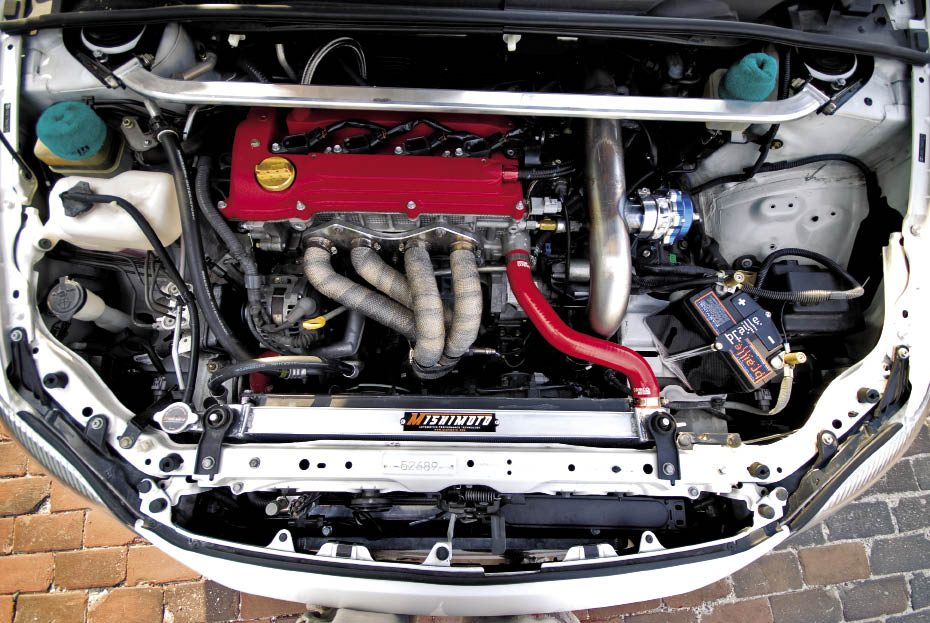 The kit came complete with a TiAL BOV and wastegate, as well as the optional RC Engineering injectors. Exhaust heads out via Megan Racing headers into the STS piping to spool up the rear mounted snail. A Godspeed FMIC was linked up to a network of intercooler piping. To control the new found juice a GReddy PRofec B II boost controller was added in addition to AEM’s venerable FIC controller.

All that jam needed to get under control, especially since the car is front wheel drive. The mushy stock dampers were removed in favor of TEIN Basic coilovers and suspension. Front and rear sway bars by Suspension Techniques eradicate the roll common in the car while GReddy strut bars and a custom C-pillar bar cinch up the chassis. The stopping power was relegated to Wilwood’s Ultra-Lite big brake kit, which shaves off 40-pounds of unsprung mass. In front of the Wilwood 4-pistons are a set of custom painted Volk Racing GT-Vs with ruby red lips. 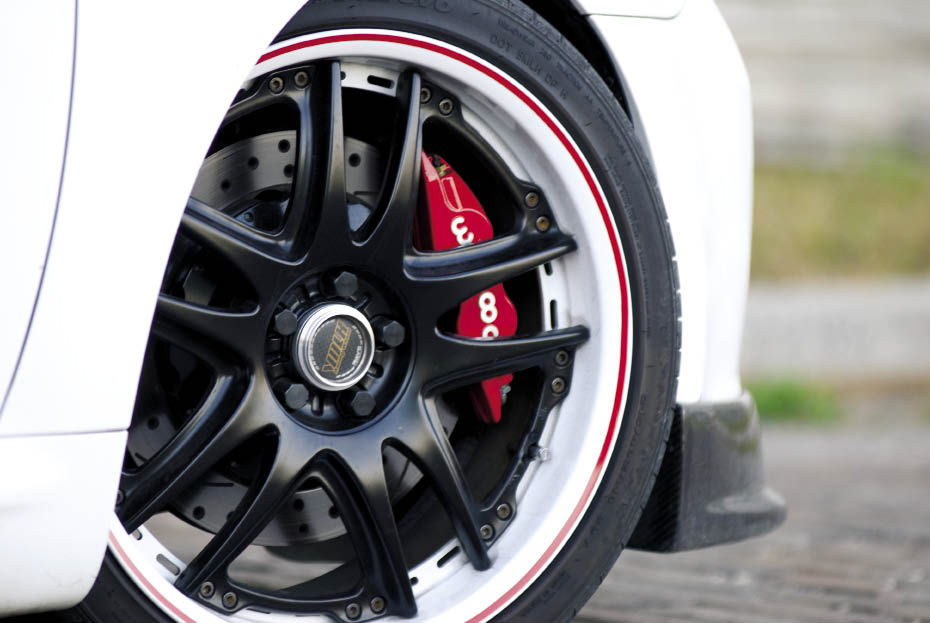 To keep the car planted are a set of Hankook Ventus V112 Evo tires measuring 215/40R18s on all four corners. 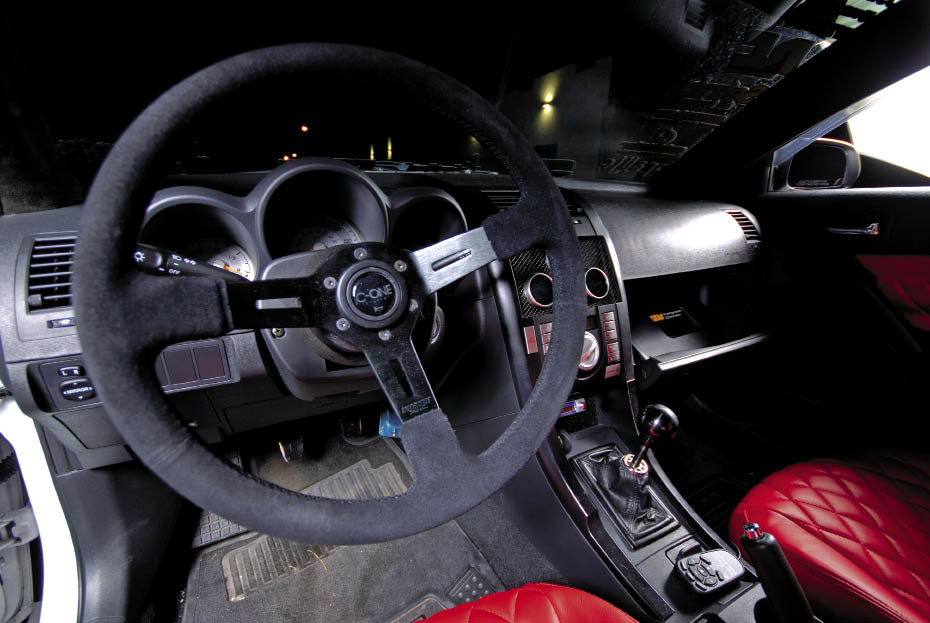 Slip inside the project and you’ll find a place where you can spend a lot of time. The interior has been reupholstered in red leather with the trendy diamond stitch, which carries on to the door panels. A bamboo rear floor is complimented by a black suede headliner and A, B & C pillars. A C1 suede wheel compliments a custom carbon fiber gauge panel filled with AutoMeter Nexxus gauges. Clean, functional, simple. We like it!

And the exterior has the same basic touch, but I guess most of the interesting stuff is underneath the car anyway. The shell is mostly stock with only a carbon fiber front lip, a Yakima bike rack and a custom front tow hook if things get crossed up. A clean car with lots of power, which for some is what it is all about.