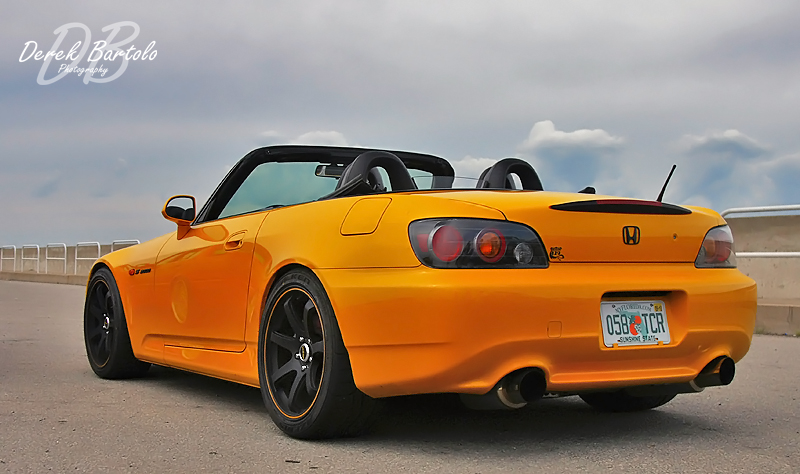 When it comes to making lots of power and a bold statement with your Honda or Acura, you don’t have to look much further than Skunk2. As of the most successful domestic aftermarket performance parts manufacturers, they cut their teeth with the H-badge and have been breaking records ever since they were important. The California-based facility is top notch and they have produced some outstanding Honda / Acura shop cars over the years as well as proving their parts in all kinds of motorsports. Since then they have branched out to other niche products for different platforms but when it comes to a proven stainless exhaust system the Mega Power fits the bill. 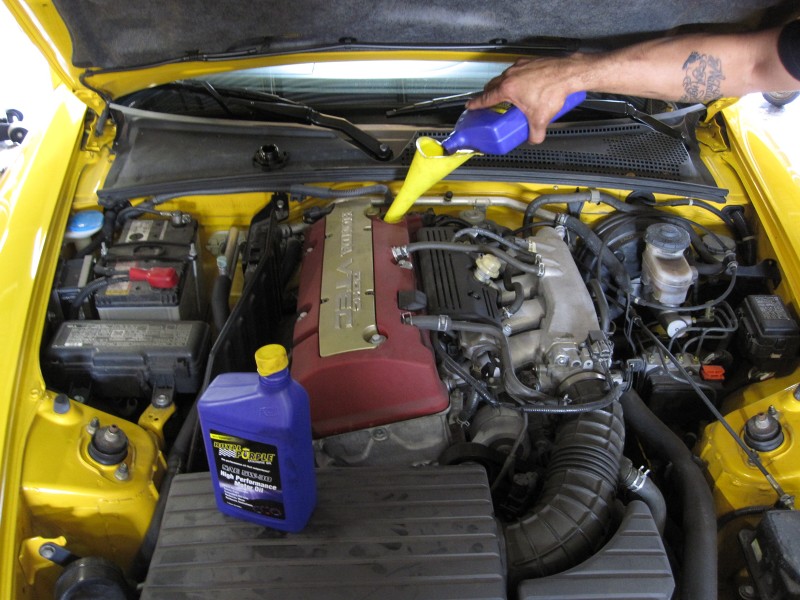 With a stock exhaust system and a catalytic converter, the feisty S2000 still leaves a lot on the table. As the horsepower-per-liter king, the F-series motor could use an open passageway to expel all those high-RPM fumes. A Florida car with only 15,000 miles, this S2K was bound to have the performance of a new car and the baseline dyno backed that up. We stopped at STP Motorsports in Ft. Lauderdale, FL to see what we could extract from the 2.2L mill. With an unknown type of oil in the crankcase, the car put down a decent 213.90whp at full bore and after it cooled down we switched it up with some Royal Purple XPR 5W30 and a Royal Purple filter. While there may be a few factors as to why a car might make extra horsepower on subsequent pulls, a slick synthetic oil is one of them. After the Royal Purple 5W30 XPR was added, the following baseline pull yielded 216.54whp! 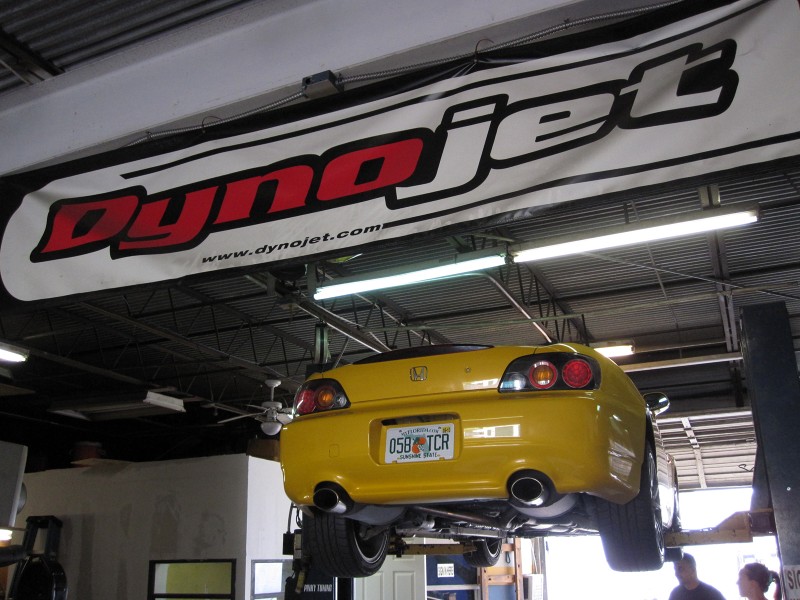 With that out of the way, it was time to install the Skunk2 Mega Power 70mm Dual exhaust. Constructed of durable T-304 stainless steel, the exhaust system retains the dual mufflers with a distinct N1 styling. All of the piping is on-point with accurate CNC mandrel bending and absolutely gorgeous TIG welds and details. The 70mm system flows into a Y-pipe that measures 60mm all designed to maintain equal diameter even though the bends. The system is capped with straight-through high-flow mufflers, which have 100mm outlets and are high-polished with laser etched logos for outstanding looks.  The system also comes standard with a pair of silencers which slip in and bolt-on in seconds. 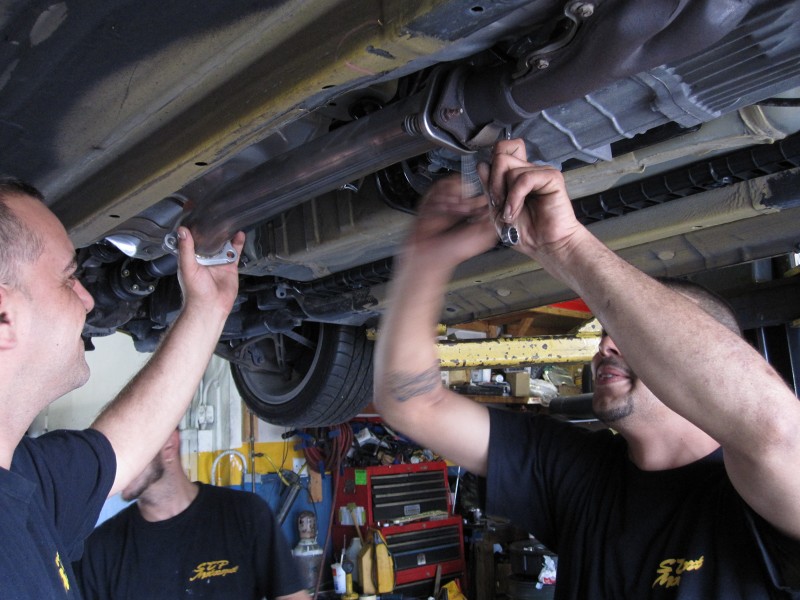 We ordered the system with the Skunk2 test pipe which easily replaces the cat for a few extra ponies on track day. The STP Motorsport technicians bolted everything up and we were ready to see how the Skunk2 Mega Power turned a ho-hum OEM exhaust into something that would turn heads. On the initial start-up we knew the sound would be intense and after the first pull, our expectations were confirmed because it sounded like a competition Honda. The car was strapped in and we did a couple of pulls with the best being 224.78whp! The net gain was over 8whp and 2lb-ft of torque for a decent bump but the driveability was vastly improved. The initial response was significant and the VTEC cross-over was now around 40whp with 25lb-ft in an instant (6000-6500RPM). Overall, the numbers were impressive and Skunk2 Marketing Director, Aaron Bonk said those were some of the highest gains he had seen from this exhaust even though them outside temp was 81°C. 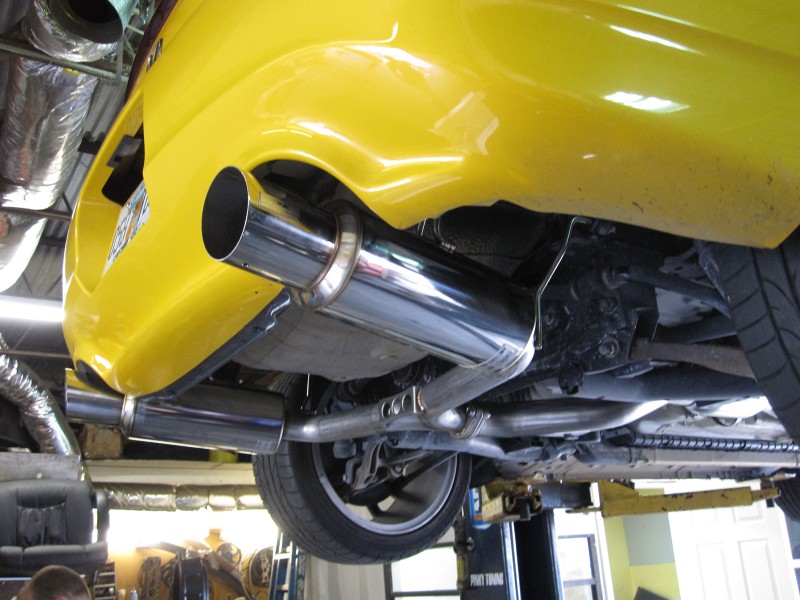 Since we were already strapped in, we decided to see how the silencers affect the performance of the car. After we slipped them in, the car laid down horsepower we expected but not the exact torque figure. The car did lose just over 1whp but the torque went up by 3lb-ft all while making a modest sound that we could live with. 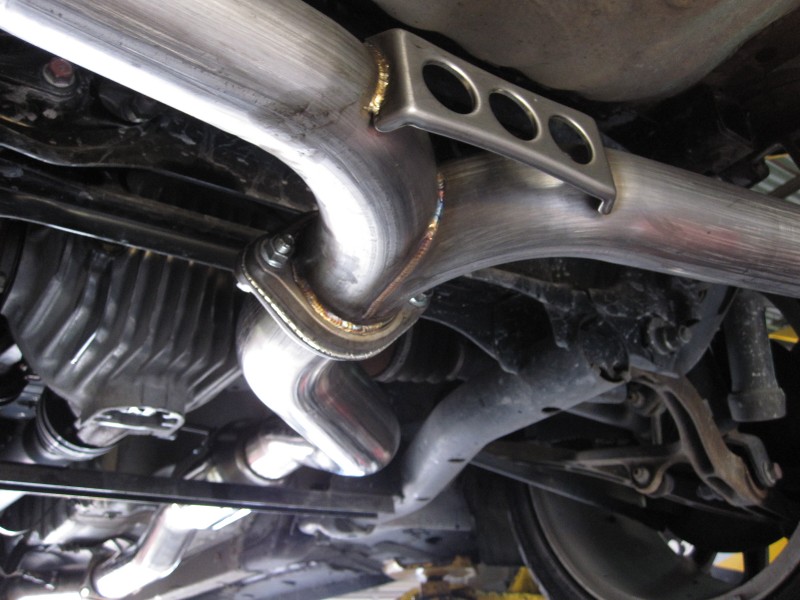 After that we went for some street tests where other motorists were eager to see what was making all that exotic noise. At full song, the exhaust sounds like a bike with the kind of decibels you would expect from Skunk2. The back end of the S2000 looked far more serious with the 110mm tips poking out and got some serious compliments along the 1000 mile journey home. We look forward to the Skunk2 S2000 header prototype, which has been in development for a while but will be worth the wait! 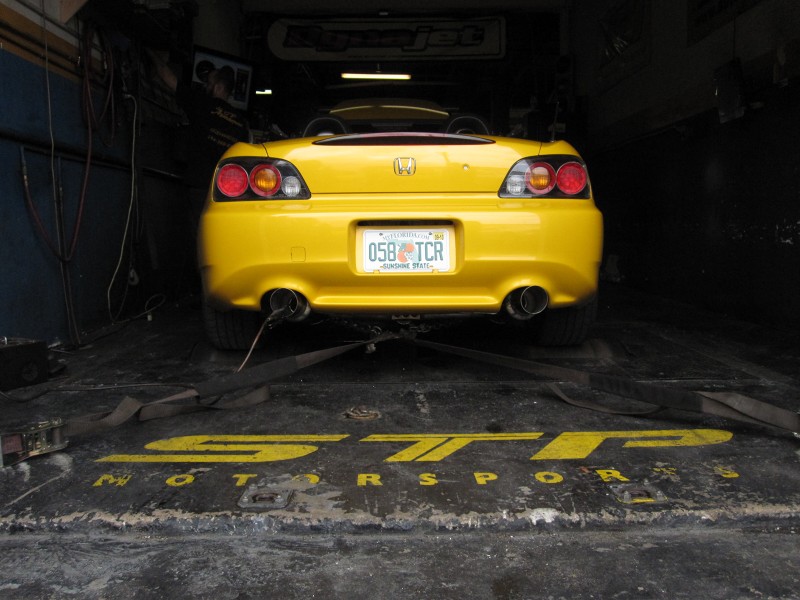 TuneUp: Randi Bentia's Favorite Custom Builds from SEMA 2021
Here are some of my favorite custom builds from the 2021 SEMA Show. What were some of your favorites? Salvage 2 Savage @salvagetosavage C10...

TuneUp: What's Trending, Randi? (Tuning 365 S2E26)
In this episode of PASMAG Tuning 365, Randi Bentia shares some of the posts that have been trending on his feed, including The Missing Piece To...

PASMAG Tuning 365 S2E22: Randi Bentia TuneUp
In this episode of PASMAG Tuning 365, I share some of the posts that have trended on my feed including Yamamoto Katsuya's Figaro2000, Musaic...