Ahead by a Century: The One Hundred Tuning Club 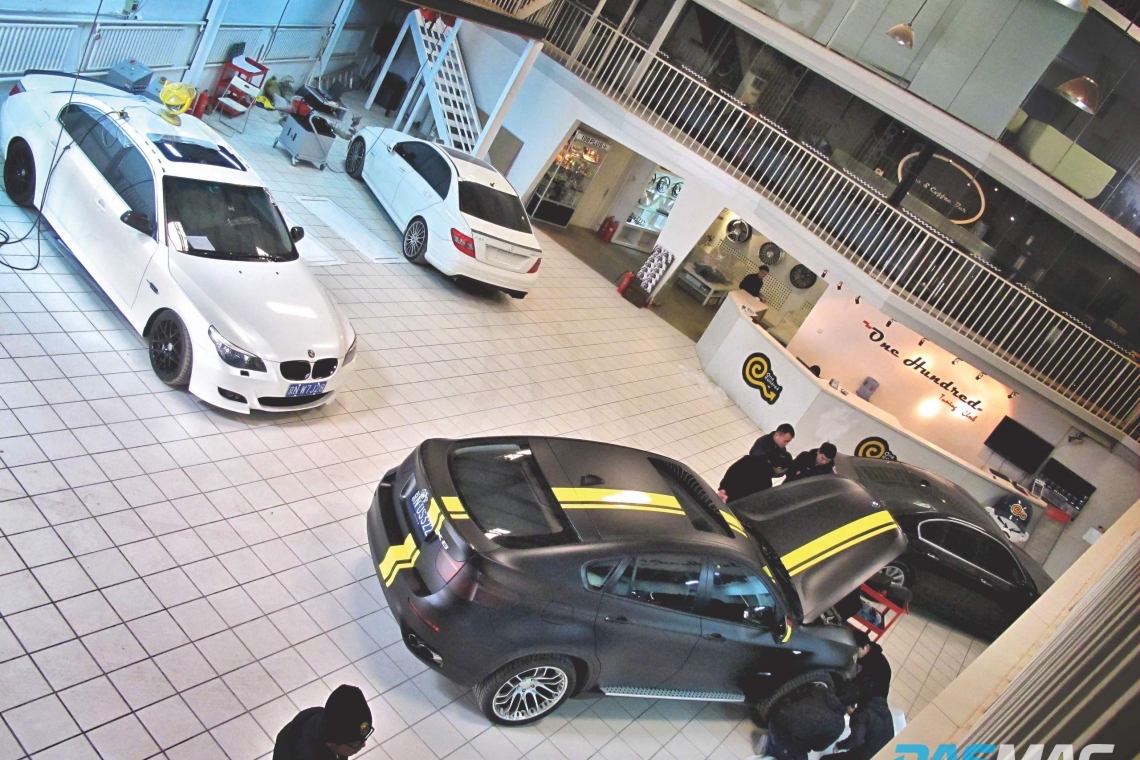 We visited some really cool sites during our visit to Beijing. Not the Great Wall, the Imperial Palace or the Olympic Village and its centerpiece, the Bird’s Nest Stadium, but rather spots for car enthusiasts.

BMWs are easily the most common cars driving in and around Beijing, and the One Hundred Tuning Club is the place to be if you’re a certifiable Bimmerhead. Though this wasn’t immediately apparent when we spotted the Swarovski crystal-encrusted 300C outside of it newest flagship location at the Tuner Tribe (see the Aug./Sept. 16.04 Issue of PASMAG), it was enough to whet our appetites and arrange a visit at one of the outfit’s other locations in Beijing’s Chaoyang District, outside the fifth ring near the Chinese National Film Museum. The exact coordinates are 39° 59' 28.4" N, 116° 30' 57.5" E if you want to see it on a map. For the Tuner Tribe location, search 39° 52' 12.9" N, 116° 29' 57.3" E.

This one-stop, full service tuning shop is one of several locations across mainland China where enthusiasts come to trick out their rides. Founded by Mengzhe Zhang, the One Hundred Tuning Club serves as a meeting place for hundreds of luxury and tuner car enthusiasts from all over. It originally catered to BMW enthusiasts exclusively; however, its doors are now open to fanatics of other high-end makes and models.

Having gained international notoriety for several past builds, including its widebody C74 Mercedes-Benz and the stop-you-in-your-tracks 300C, the One Hundred Club is an authorized dealer for many European tuners such as  ABT Sportline, AC Schnitzer, AF Design, Akrapovic, Brembo, Gruppe M, GT Haus Meisterschaft, Hamann, KW Suspensions, Recaro, Renntech, Techtec, Wald and others.

This multi-level facility used to be jammed most nights of the week with young car-tweaking misfits and socialites where drinks, music and dancing filled the atmosphere long into the morning. The gatherings are fewer and farther between these days, but the One Hundred Club gets by on regular return visits from many of its loyal customers with money to burn.

For more on the One Hundred Tuning Club, visit www.bmw100.com.