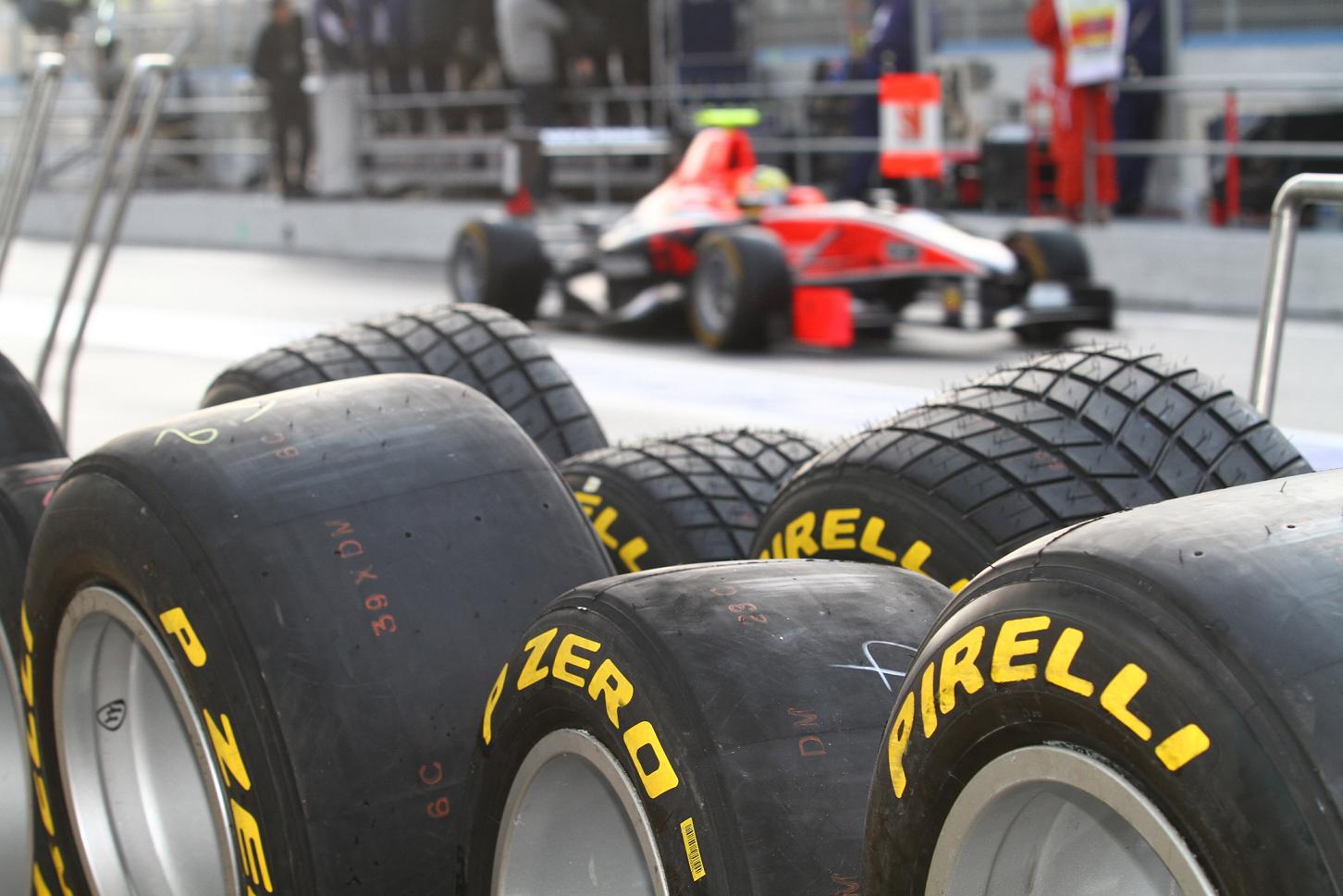 November 20, 2010, ABU DHABI, UNITED ARAB EMIRATES - Paul Hembery, Pirelli's motorsport director: "We've passed our first test with full marks. All the teams have done plenty of laps and everyone has worked very hard. We've focused on the development of the front tire and that has given us the most satisfaction. On Monday, we begin to analyze the data collected over the last two days"

Each team today completed an average of 80 laps for a group total distance of 5500 kilometers on the Yas Marina circuit - adding to the total of 5000 kilometers driven yesterday - to conclude the first official tire test for Pirelli: the exclusive Formula One tire supplier from next year.

A total of 15 drivers were on track today: one per team apart from Force India, McLaren and Sauber, which used two drivers. As was the case yesterday the test started at 0900 and finished at 1700, with hot and dry conditions all day ranging between 73 and 82 degrees Fahrenheit.

Each car had four sets of tires at its disposal, two medium-compound sets and two soft-compound sets, with some cars using parts of their allocations that had been left over from yesterday.

Pirelli's testing program will now continue at the start of December. The next private tests are scheduled to take place in Bahrain from 12-16 December, where Pirelli's engineers will once more try out the various compounds in hot conditions. There will be another private test session in Europe during January, before all the teams reconvene at the beginning of February for the first official test.

"It was hard work, but a very positive and educational experience for us,” commented Paul Hembery, Pirelli's motorsport director. “We know that this was only our first test, but we think that we've passed it with full marks. The comments from the drivers are very encouraging: they especially enjoyed the performance of our front tire, which is an area that we have worked on considerably. This was one of our objectives, and I'm delighted that we have hit our target. Throughout these two days we've tried out the medium and soft compound tires and we've had good results from both of them, particularly in terms of wear rate. During the two days of testing here in Abu Dhabi we've racked up nearly 11,000 kilometers with all the teams: that's more than we have accumulated in three months of private testing. They have also been 11,000 very interesting kilometers, given that we were testing for the first time with the current cars, rather than the 2009-specification Toyota that we have used up to now. Furthermore the teams have begun to test different solutions specifically for 2011, giving them further development directions. We've now collected a huge amount of data and opinions, which we will start to analyze on Monday as we prepare for the next tests in Bahrain at the beginning of December. After then, we will have finalized our product and we can look forward to the next official test with all the teams at the start of February."

The teams were backed up throughout the tests by Pirelli's engineers and technicians. The Italian company put a dedicated engineer at the disposal of each team, in order to collect data and opinions that will be discussed with the teams and drivers. At the end of the day there was a final briefing between the teams and Pirelli to share information and focus more closely on some of the data that had been obtained. Pedro de la Rosa - one of Pirelli's drivers in private testing along with Nick Heidfeld and Romain Grosjean - was also present to support Pirelli's F1 squad. De la Rosa visited all the teams today to get the first impressions from the drivers and their individual opinions.

The drivers testing today, their best times and the laps they completed are listed below: