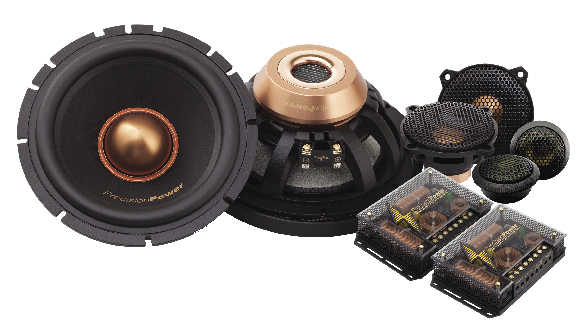 As usual, I connected the system in my listening room, and set the volume to a moderately low level, and let it play for about 12 hours. The next day, I sat down to do my critical listening, and see just how good the latest Precision Power offering was.I have about 20-30 songs that I have heard so many times that I have every note, and nuance memorized. I began with a few old standards that I have literally heard thousands of times. As it turned out, I was in for something of a treat.

Jennifer Warnes – Famous Blue Raincoat. This track begins with an expertly played saxophone, and there are lots of details and subtleties from the piano, guitar and bass. When the vocal  begins, her voice is very full and rich sounding, and does not blend into the musical notes being played. A good system reveals all this detail and the PC3.65C system did really well, with a smooth pleasant and well balanced sound. While it may not have quite as flat a response as some systems, the net effect was a very good sounding, and easy to listen to system. The sound is not as dry and clinical as some high end systems, and has a good sense of “life” and energy that a lot of flat sounding systems lack.

Robbie Robertson – Somewhere Down the Crazy River. Opening with an almost eerie combination of strings and horns, the song quickly develops a very distinct rhythm with a real sense of space and “air” surrounding the entire band. If you listen closely, you can hear drum heads ringing, and you can sense motion. Intelligibility was exceptional, and all the detail in the recording was there for anyone that cares to listen. Again, I was really impressed with the PC3.65C’s overall ability to recreate the recording. I have listened to some name brand bookshelf speakers that didn’t work as well as this car audio system.

I spent a lot of time listening to the Precision Power system, and the more I listened, I continued to be impressed. Timbre and tonal accuracy was generally good, and power handling was also more than adequate even for really enthusiastic listening. During my extended listening session, I only noticed a few times where I thought the upper midrange was perhaps a tiny bit hard sounding, but never to the point of being brittle or strident. Throughout the session I had to keep reminding myself that it was not a set of $800 home speakers.

When you listen to a really wide range of musical types, it’s always nice to find a speaker system that simply sounds good no matter what you play. So, I went through selections of classical, jazz, metal, R&B, country, hard rock, hip hop, and even some bluegrass with nary a problem. Everything I played sounded good, even at drastically different volume levels. I also spent some time listening to the system off-axis, because it was specifically designed to have the mid-tweet in the dash or pillar locations, which would obviously place them well off-axis. In the suggested locations, the results were very respectable, and produced the expected softening of the upper registers, but still and all quite linear in the overall response. You have to give props to a product that was designed to actually sound better in a car than on a demo board.

The Precision Power PC3.65C system will appeal to anyone who really enjoys listening to music. It’s one of those pleasant systems that you simply can listen to all day, and it never gets fatiguing or boring. Designed to both work properly and be easier to install in the automotive environment, I give props to the designers and to the folks that voiced the system.

Precision Power P900.4 Amplifier
Ask anyone who’s been around car audio for more than a few years to name some of the most iconic brands in the industry, and without a doubt the...

Precision Power PC640.4 Amplifier
Serious sound quality enthusiasts have long been singing the praises of Precision Power amplification. Back in the early days of autosound...

The Perfect Weapon: Joey Feng's 1999 Nissan Skyline GT-R R34
The Windy City isn’t usually known for its tuner community. Though Chicago is home to a large enthusiast base and a number of reputable shops, its...