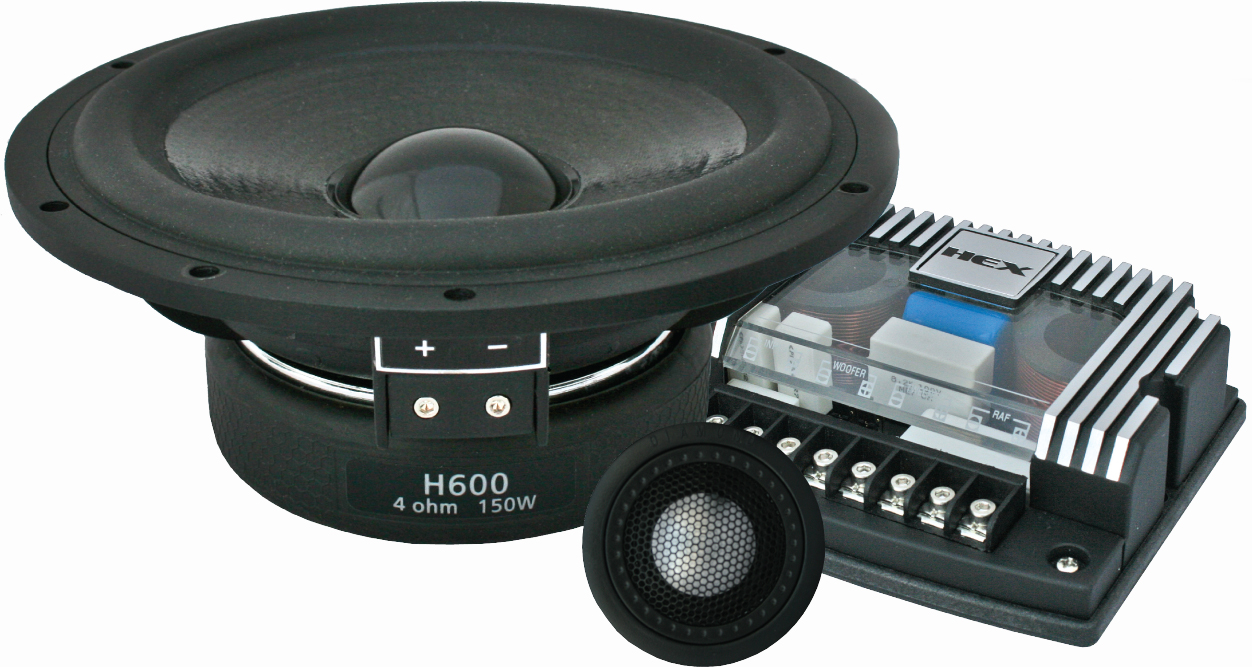 Alot of folks advocate the notion “if it ain’t broke, don’t fix it.” The problem with this attitude is if you take it literally, you’ll never improve on what you have. Evidently the folks at Diamond Audio in Chandler, AZ do not subscribe to that theory at all, because they spent 18 months or so working to improve their most popular series of component speakers, the highly acclaimed HEX series. When you have a product that has been as widely extolled as the original HEX speakers, making improvements is not an easy task. The new HEX series midranges use all new cones, dustcaps, and mechanical suspension designs. This means pretty much everything that gave the midrange speaker its own sonic signature was changed. Diamond Audio hooked up one of their very new H600 systems for review, and I quickly set about finding out what’s what.

The Diamond Audio H600 system consists of a pair of 6-inch midrange drivers, a pair of high end crossover networks, and your choice of either silk or aluminum dome tweeters. The aluminum domes were recommended, but I’ve always been a fan of silk, so Diamond Audio gave me a pair of each to evaluate.

The midrange drivers are in the same proprietary cast aluminum basket they have had since the beginning, but that’s about where the similarities to the originals end. The new cone material is a hollow composite material with very low mass and high rigidity, and is complemented with an all new soft polymer hemispherical dustcap. The mass and shape of the cone and dustcap assembly were carefully and painstakingly selected as a result of hundreds of hours of listening, measurement, and trial and error. The sound-producing assembly is controlled and supported by a specially designed mechanical suspension with a carefully controlled balance of compliance in the flat progressive spider and the butyl rubber surround. Tinsel leads are woven into the spider to eliminate lead slap issues and increase reliability. Electromotive force comes from a custom made copper voice coil, which is wound on a 1.25-inch Kapton former. The magnetics of the speaker also underwent scrutiny to ensure driver linearity and good sensitivity. The magnetic assembly is a 2.3 pound strontium ferrite assembly, with polished and chromed top and bottom plates. A molded rubber cover dresses up the edge of the motor assembly. 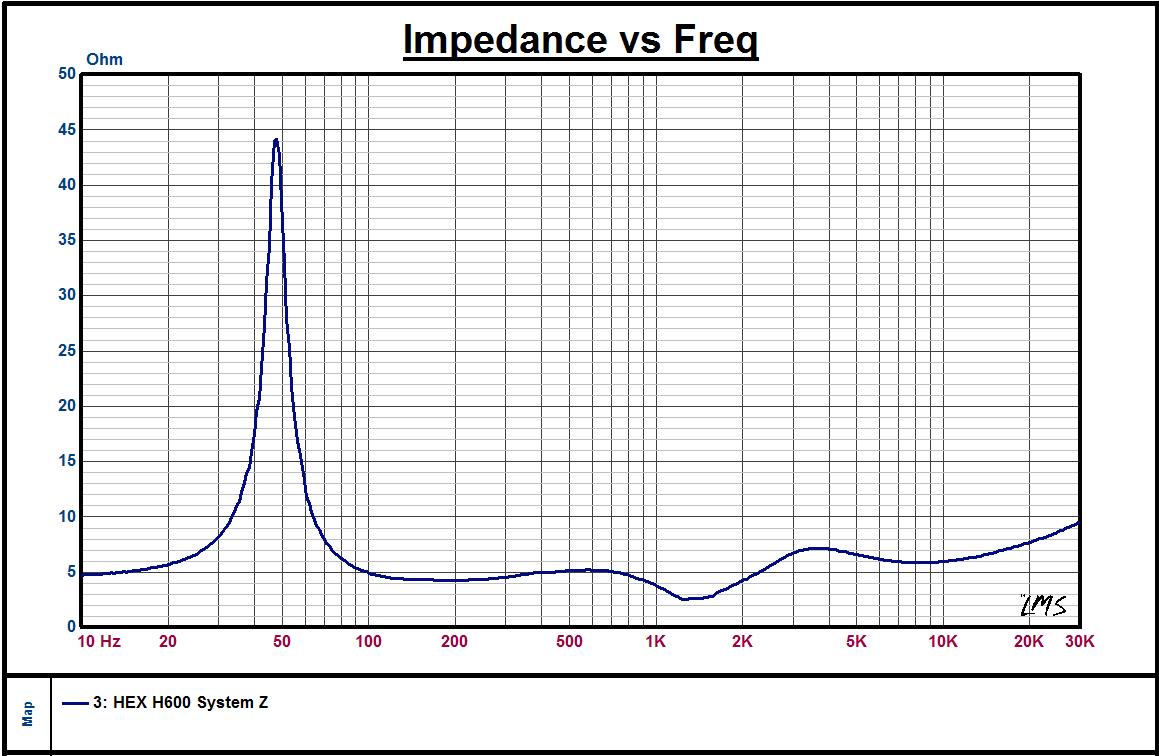 Wire connections are secured via an integrated terminal and 2mm set screws are used to fasten speaker cables up to 10 gauge. The required 2 mm wrench was not included in the early kit I received. Both types of available tweeters use the same neodymium motor assembly, and Ferrofluid cooling for improved power handling. The main difference between the two tweeter types is increased high frequency output with the aluminum versions, which may prove very beneficial when mounted in off-axis situations. The tweeters can be mounted in either flush or surface mount configurations, and the different mounting cups and hardware are included. The H600 crossover networks use die-cast aluminum housings and a removable cover incorporates a clear Plexiglas window that provides a look at the good stuff inside after the adjustments are done. You won’t find any snap-together parts here, the all-metal housings are held together using nickel plated machine screws, and come apart like a piece of precision made machinery. And it is good stuff inside, with large, heavy gauge air-core inductors, and polystyrene capacitors for the primary signal separation functions. A polyswitch prevents against damage from over current, and there are adjustable level settings for the tweeter output and Diamond’s unique “rear fill” terminals. The idea here is instead of just having outputs for the mids and tweets, there is another complete set of terminals that can be used to drive your rear speakers at levels of 0, -5, or -10dB from the main front midranges. And the best news is that the rear speakers can be driven with the front amplifier, thereby negating the need for a rear (or 4 channel) amplifier. 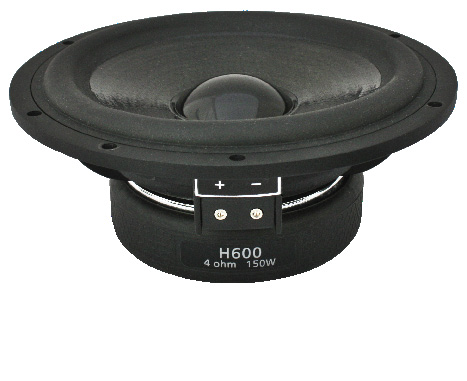 While I’m on the subject of terminals, I’ll bring up one of the only real gripes I had with the H600 system. The terminals on the crossover use a 3mm hex head screw, and a square washer that is “trapped” to the screw body. The problem with these terminals is the square washer gets jammed on the screw, and makes the screw hard to turn. If you force things, you risk breaking the housing or ruining the screw. I soon learned that if I held the crossover upside down, so gravity pulled the square washers to the screw head things were fine, but that’s sure not a realistic solution. The bottom line is these terminals can suck, especially if you’re in a hurry. Thankfully, once the wires are installed and the connections tightened, you can forget the frustration. That being said, Diamond has advised that they are looking at some new terminal options, so this may change.