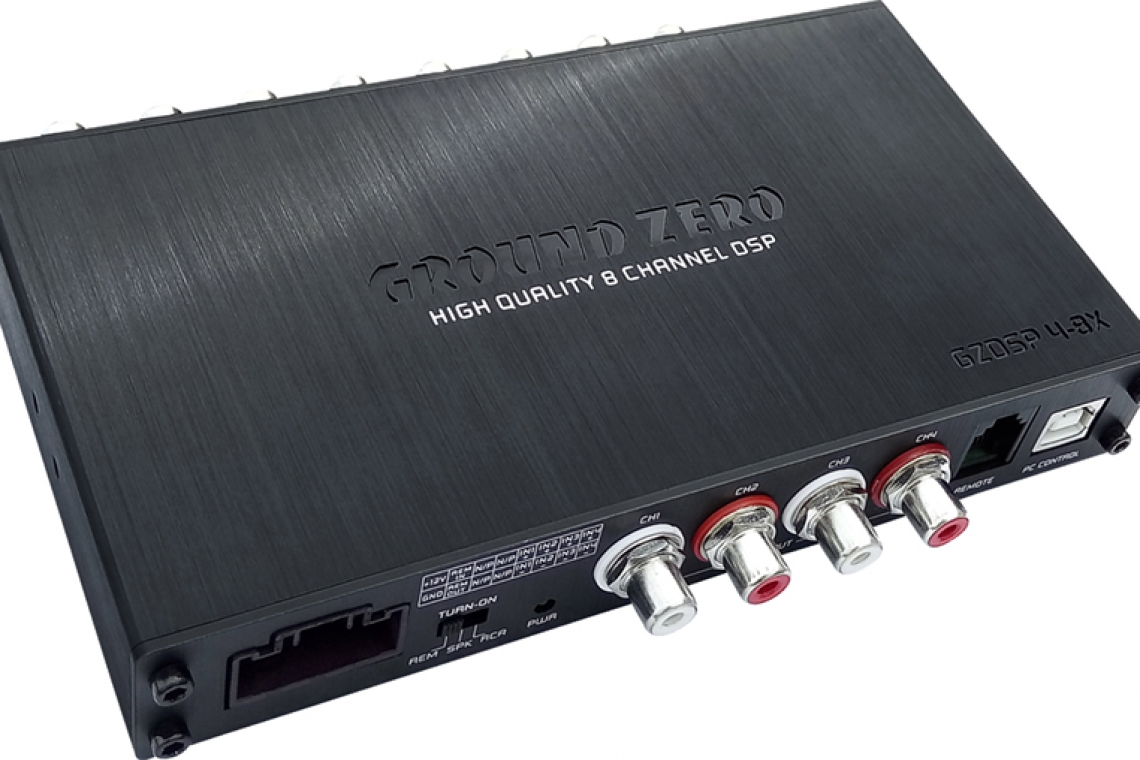 Fresh off the introduction of its high-performance GZDSP 6-8X PRO digital signal processor, Ground Zero is introducing a concentrated version for use in mainstream audio systems. The GZDSP 4-8X maintains many of the features of the German audio manufacturer's flagship model, including eight-channel output, PC setup, per-channel parametric equalization and user presets. But rather than use the more extensive unit for every application, technicians can create multi-channel audio systems from traditional four-channel source units with the GZDSP 4-8X.

"System builders told us, as good as the GZDSP 6-8X PRO is, in many cases it's overkill for simpler systems," said Diogo Ianaconi, CEO of SounDigital, which is the official U.S. distributor of Ground Zero. “The new GZDSP 4-8X is a better fit for certain applications. And as the industry is trending more toward DSP, it gives stores the ability to broaden their customer base by being able to offer DSP at a lower price point."

With a height of just one inch, the GZDSP 4-8X fits under seats or behind panels. It accepts high- or low-level signals and processes the input with time alignment and 10-band parametric equalization, both adjustable for each of its eight output channels. The resulting signal can then be tailored to accommodate high, mid and subwoofer frequencies with high-end filter characteristics, adjustable crossover frequency and slope, and subwoofer phase selection.

Tuning adjustments are made through an attached PC with proprietary software, or through the Ground Zero DSP application, available from major phone maker app stores. The latter requires the new GZDSP BT-STICK, a Bluetooth®-enabled USB dongle that allows direct wireless music streaming and communication between the DSP and phone-based app. User adjustments are possible with the plug-in wired remote, which allows volume control and selection of up to six presets.

The GZDSP 4-8X has an MSRP of $470.00. For more information, visit http://bit.ly/gzdsp4-8x, or contact SounDigital at This email address is being protected from spambots. You need JavaScript enabled to view it..