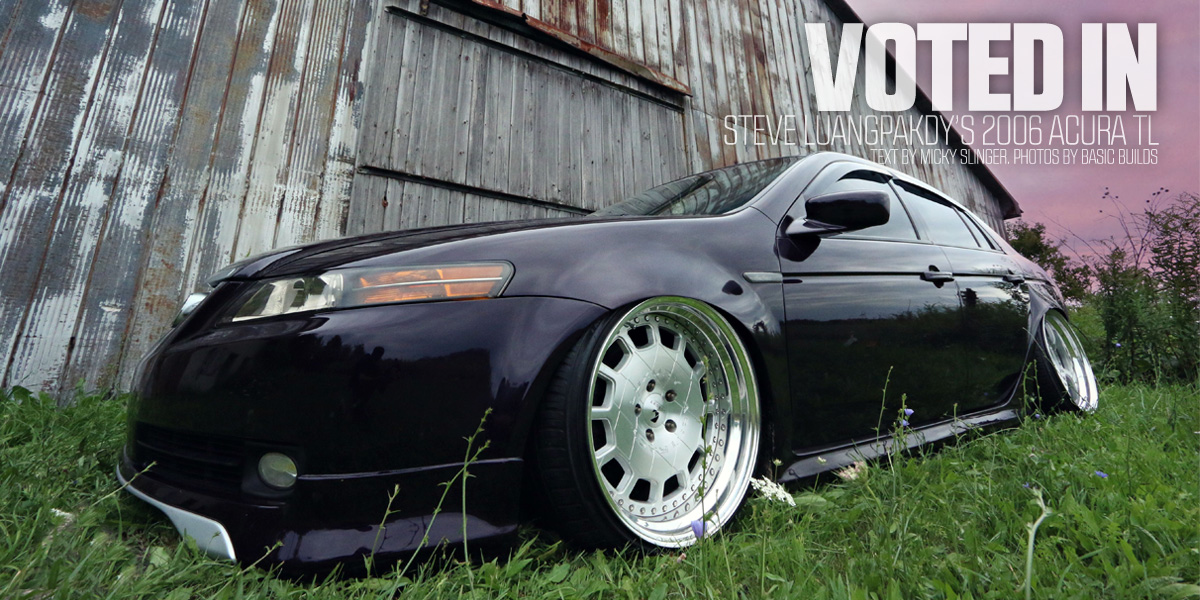 If you’re at all familiar with the VIP car scene, you’ll have heard of Liberty VIP. If you want to be a member of this worldwide club, you need to be voted in by the existing members and approved – you’re joining a family after all. Standout members of the club are awarded a Liberty VIP plate to display in their windshield, and only two members a year are awarded the distinction. Steve Luangpakdy was the lucky recipient of his own Liberty VIP plate at Fitted Toronto, with his 66 percent Tuner Battlegrounds LIVE win being the icing on the cake.

Looking at Luangpakdy’s Acura TL, it’s easy to see why he was awarded each distinction. Seriously, who brought the cigar lounge on wheels to the meet? The full leather interior is trimmed out with Junction Produce accessories, token Tsuna and Fusa knots, draw curtains and a custom-built TRU VIP Line tray.

The custom purple color change and metal widebody come courtesy of Ottawa Autobody. The 4.5- and 6-inch wider fenders, front and rear respectively, are lowered by an Air Lift system over some exclusive Luxury Abstract wheels. The wheels, aptly named “Admirer” include a leather patch on the back of each denoting that they are set number four of 12 made worldwide. 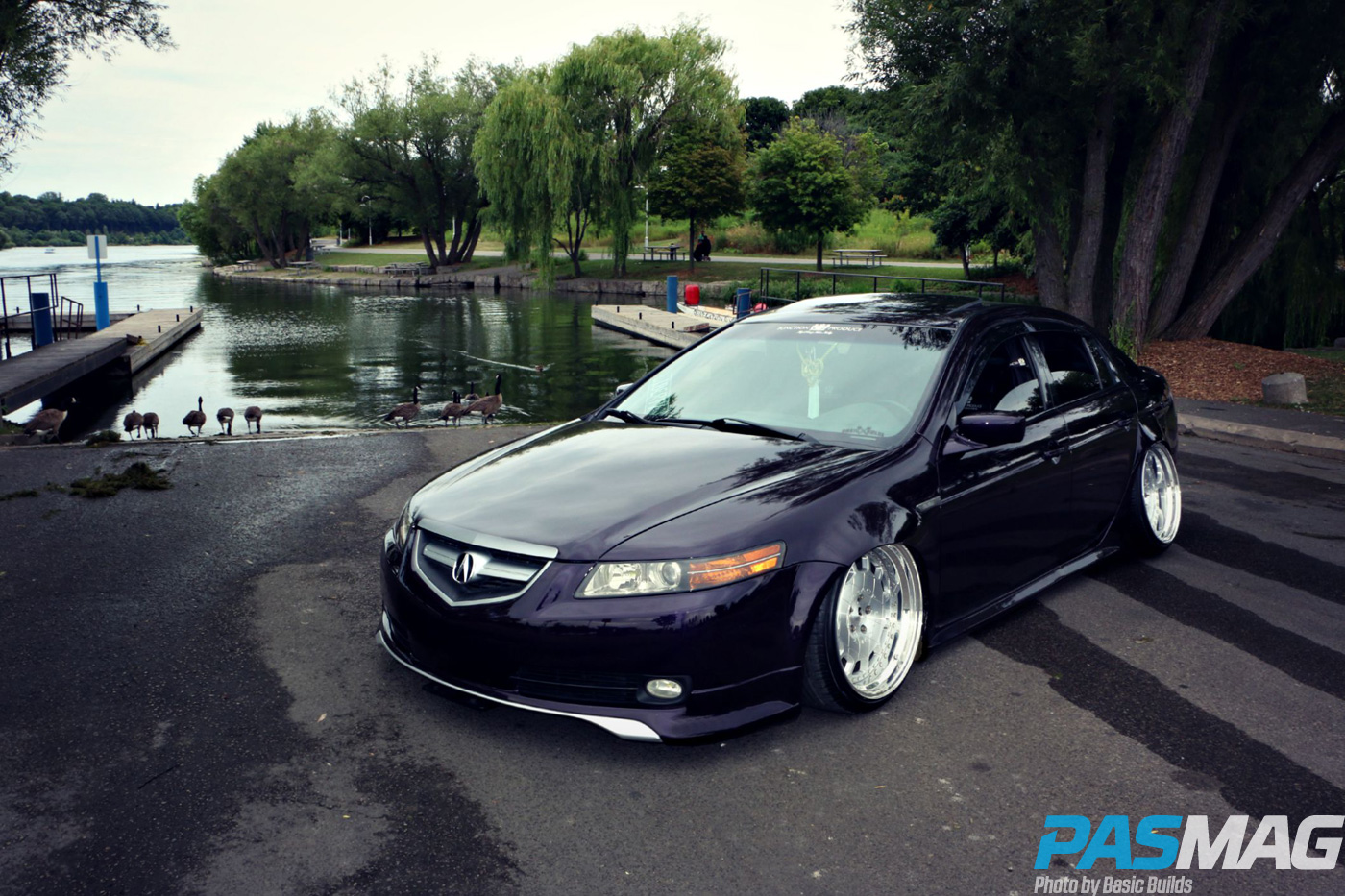 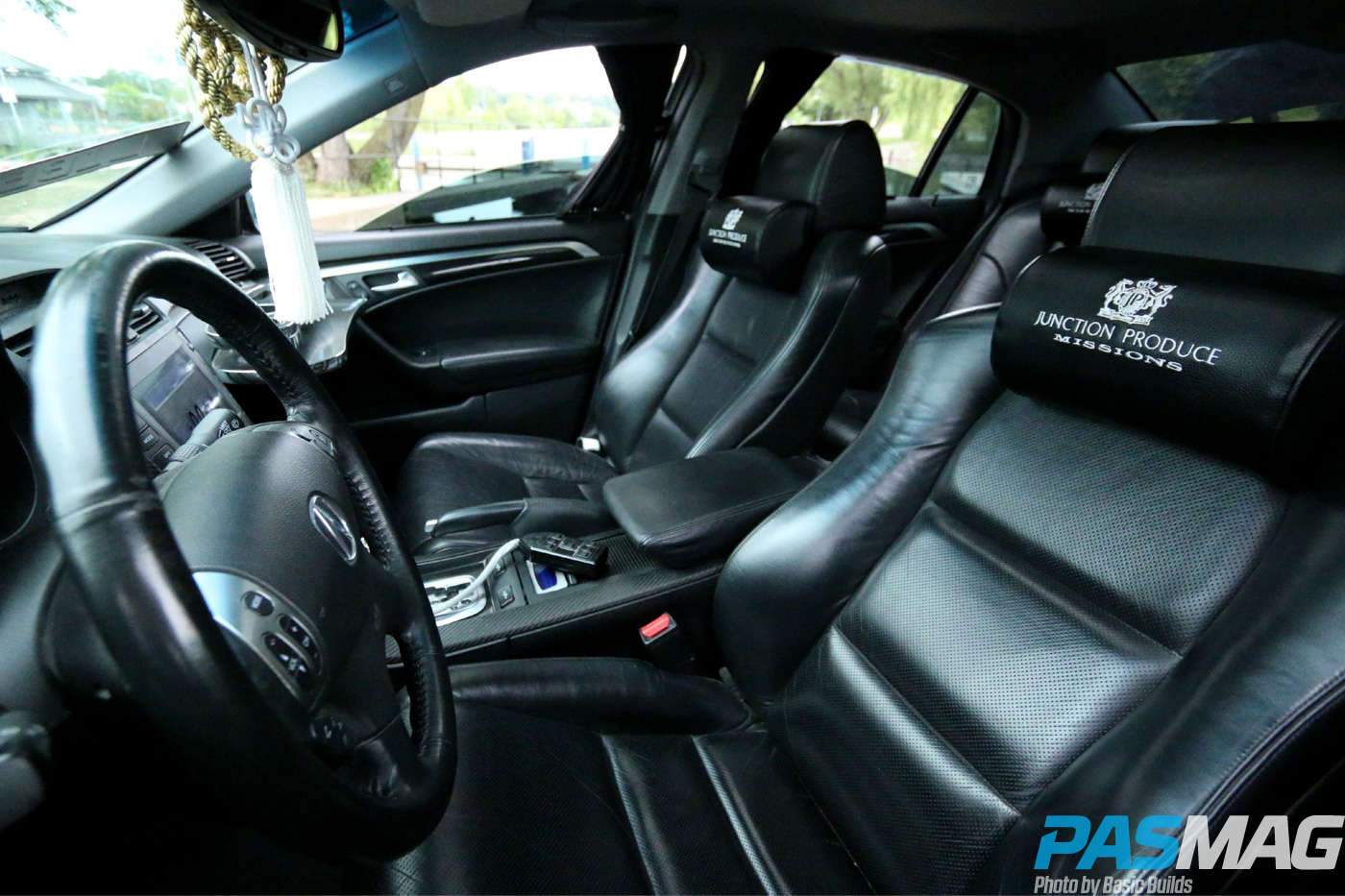 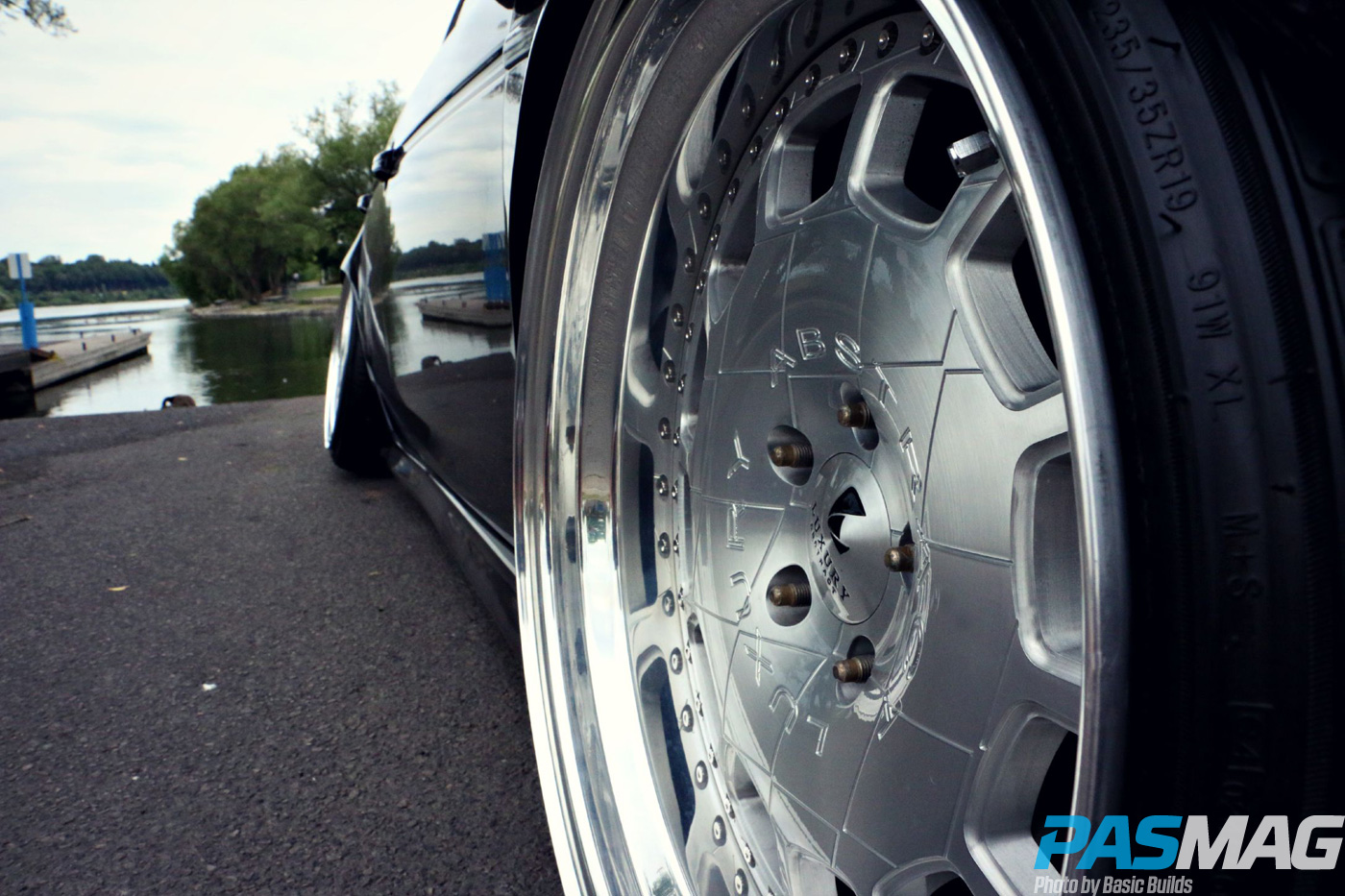 Popping the trunk grants you access to the party out back. Two 10-inch RE Audio SXX subwoofers are mounted on either side, firing into their custom Ultimate Autosports enclosures. An RE Audio 45KV amplifier sits naked under some Plexiglas on the trunk floor, showing off what makes it tick, while the air management sits in its own display in the back, accented by some LED lighting.

Did we mention that Luangpakdy also took home Best VIP at Fitted? It’s plain to see that he’s got the keys to the VIP. 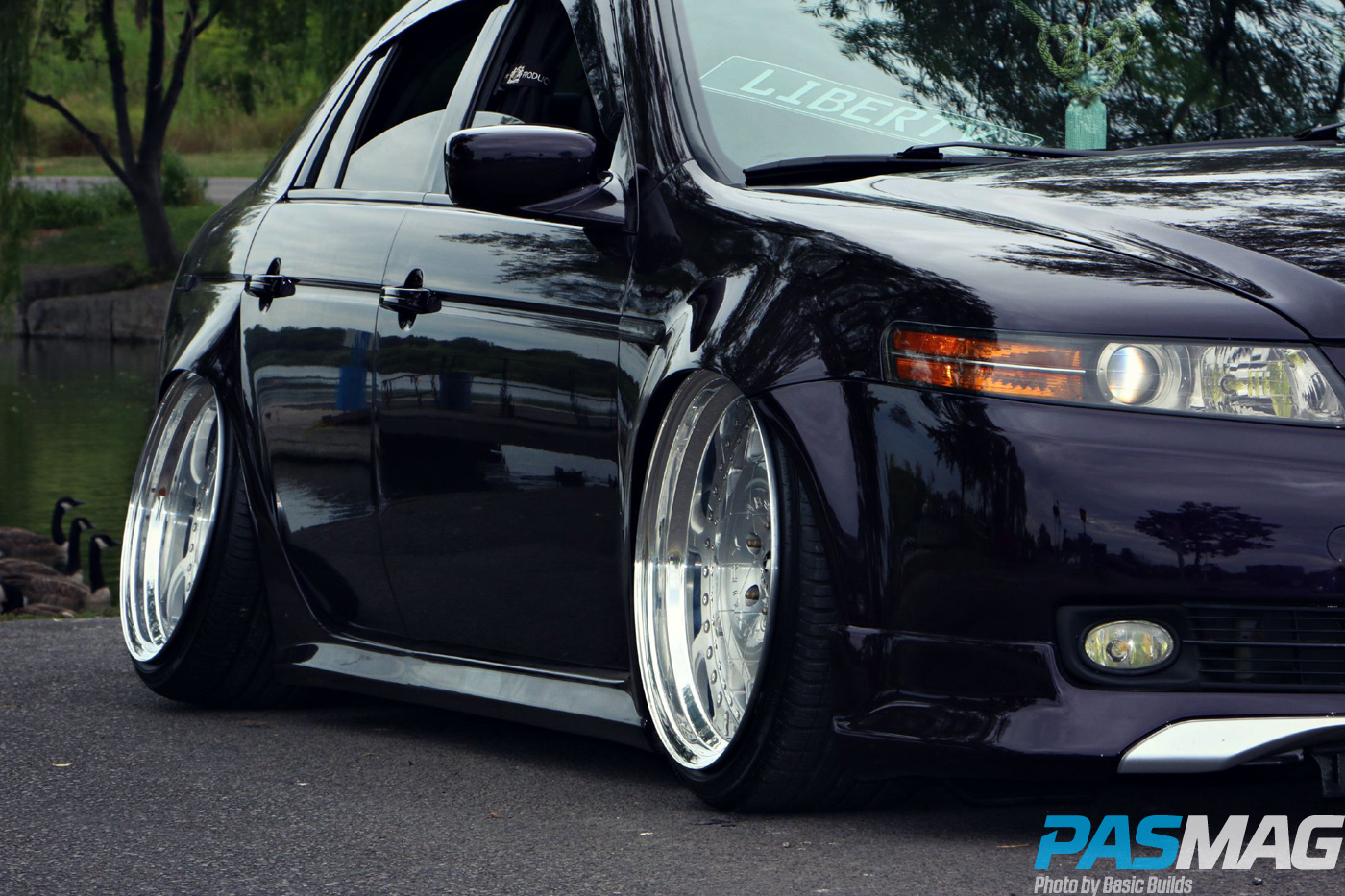