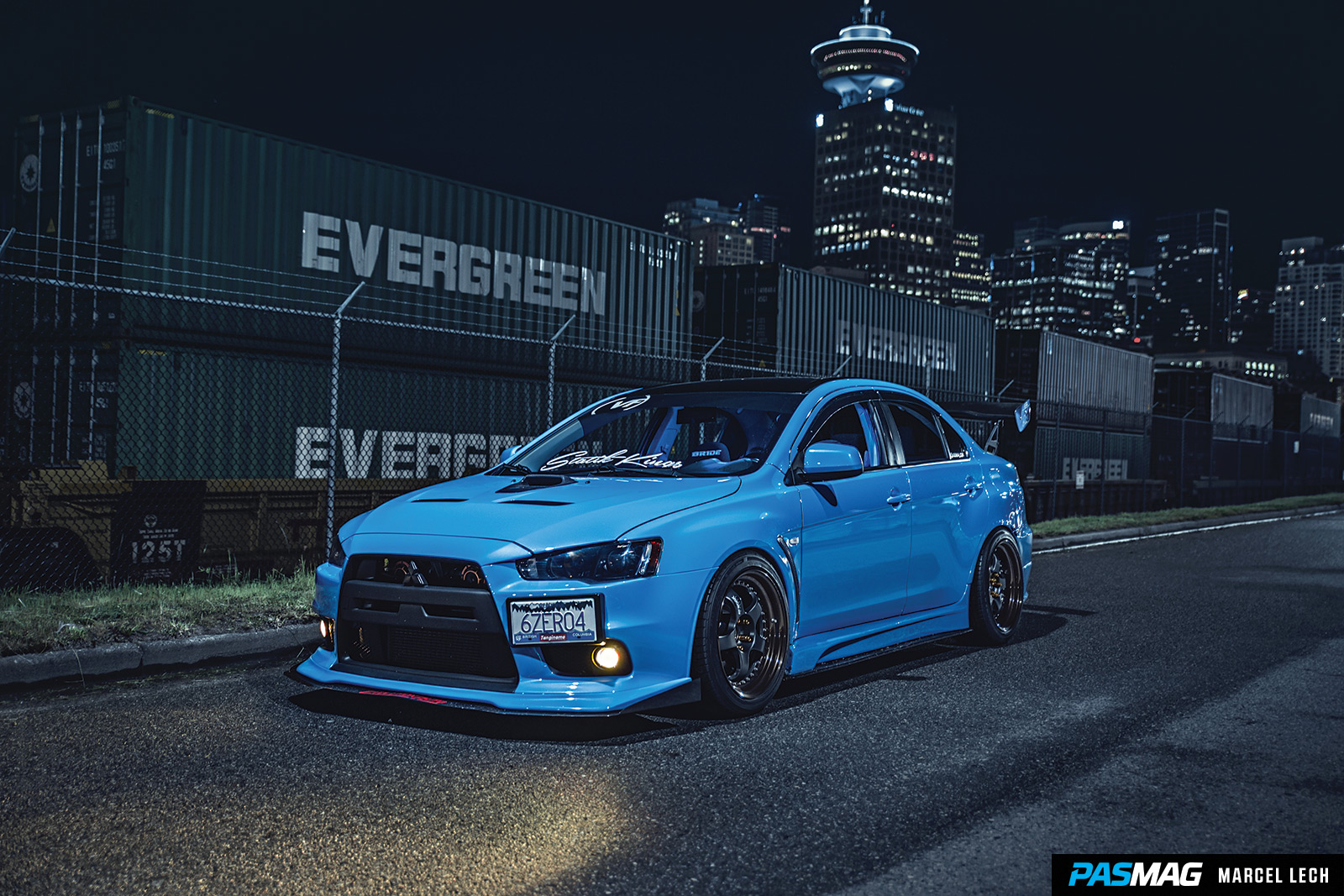 Jules Gabriel recalls being a youth in the Philippines when he caught a glimpse of a Mitsubishi Lancer Evolution IX cruising down the highway. That simple glimpse inevitably became a turning point in Gabriel’s life because it was that moment he decided nothing would get in the way of him owning his own. In September of 2014, all those years of grinding finally paid off in the form of a 2008 Mitsubishi Lancer Evolution X. 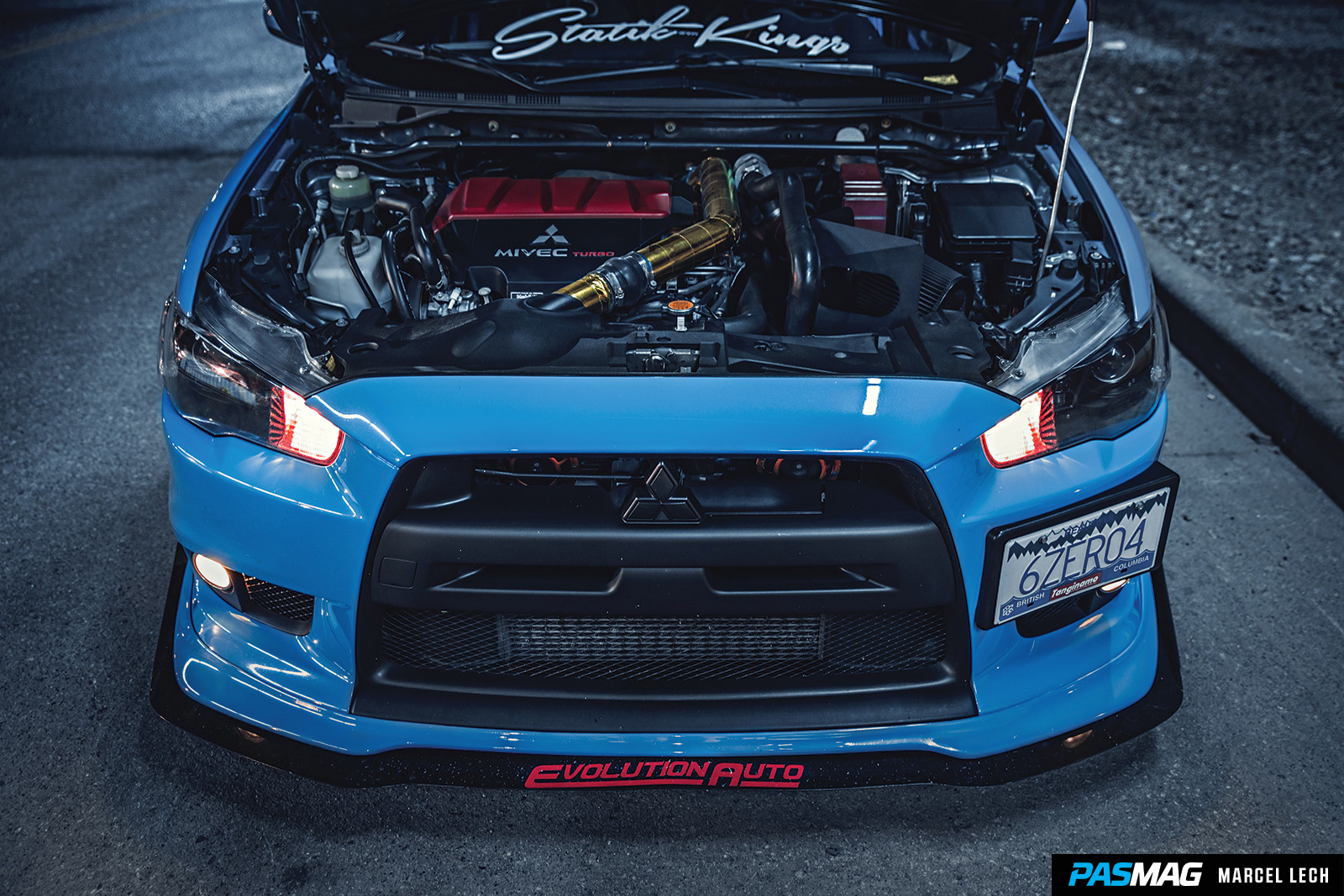 “It inspired me to study and work hard so that I could afford one,” says Gabriel. “Now I still can’t believe that it happened, [which] just proves that nothing is impossible in this world.”

He would then dedicate the following year to transforming the Evo X to his liking. Gabriel didn’t have much experience building in the past, excluding the basic bolt-ons on a 2009 Lancer GT he later sold. That didn’t impede his vision because what he may have lacked in experience was ultimately redeemed by passion and creativity.

With an estimated 319 horsepower and 320 lb-ft of torque, there are subtle but unmistakable pieces helping to push that extra power and weight. Such examples are the K&N short ram intake and upper intercooler pipe, GReddy Ti-C four-inch cat-back exhaust with a burnt tip, Invidia four-inch down-pipe and test pipe, as well as an Exedy Stage 2 clutch and lightweight aluminum flywheel. 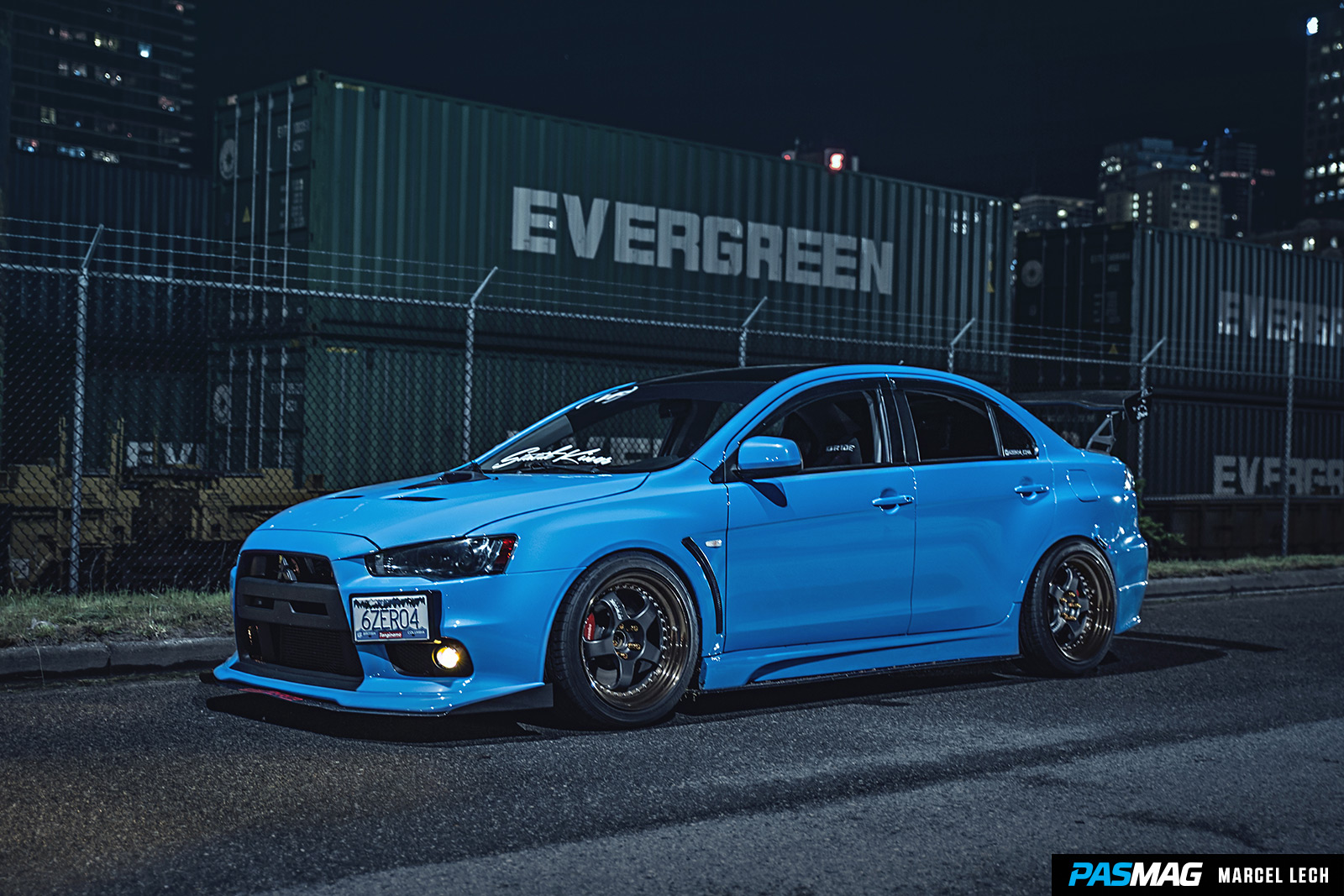 Presentation counts for something and that’s where you can find more hints of Gabriel’s personality. It begins with the Work Meister S1 three-piece wheels wrapped in Bridgestone Potenza tires, paired up with Brembo brakes and Stance Super Sport coilovers. Consistency is also important for Gabriel, as he’s ensured all the parts by Rexpeed, AeroFlowDynamics, Forcewerkz and APR match the Yas Marina Blue paintjob. 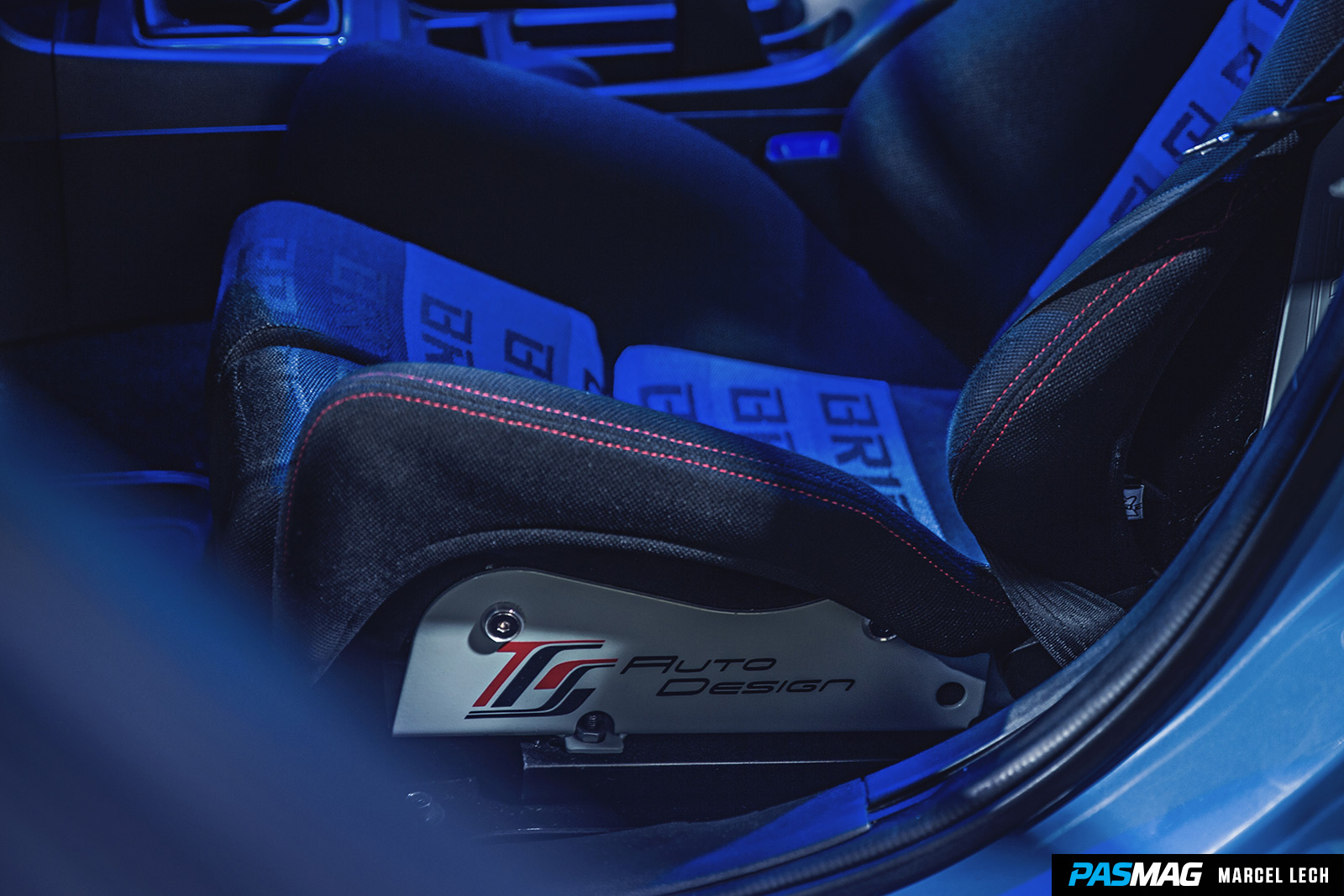 There’s no shortage of custom lighting either. The headlights are blacked out with 6000K HIDs, as well as LED lighting by the license plate, parking lamps and throughout the interior. Inside, you’ll also find a Bride Low Max driver seat, Recaro passenger seat and a Blox Racing shift knob. Sony, Metra and Rockford Fosgate take care of the audio. 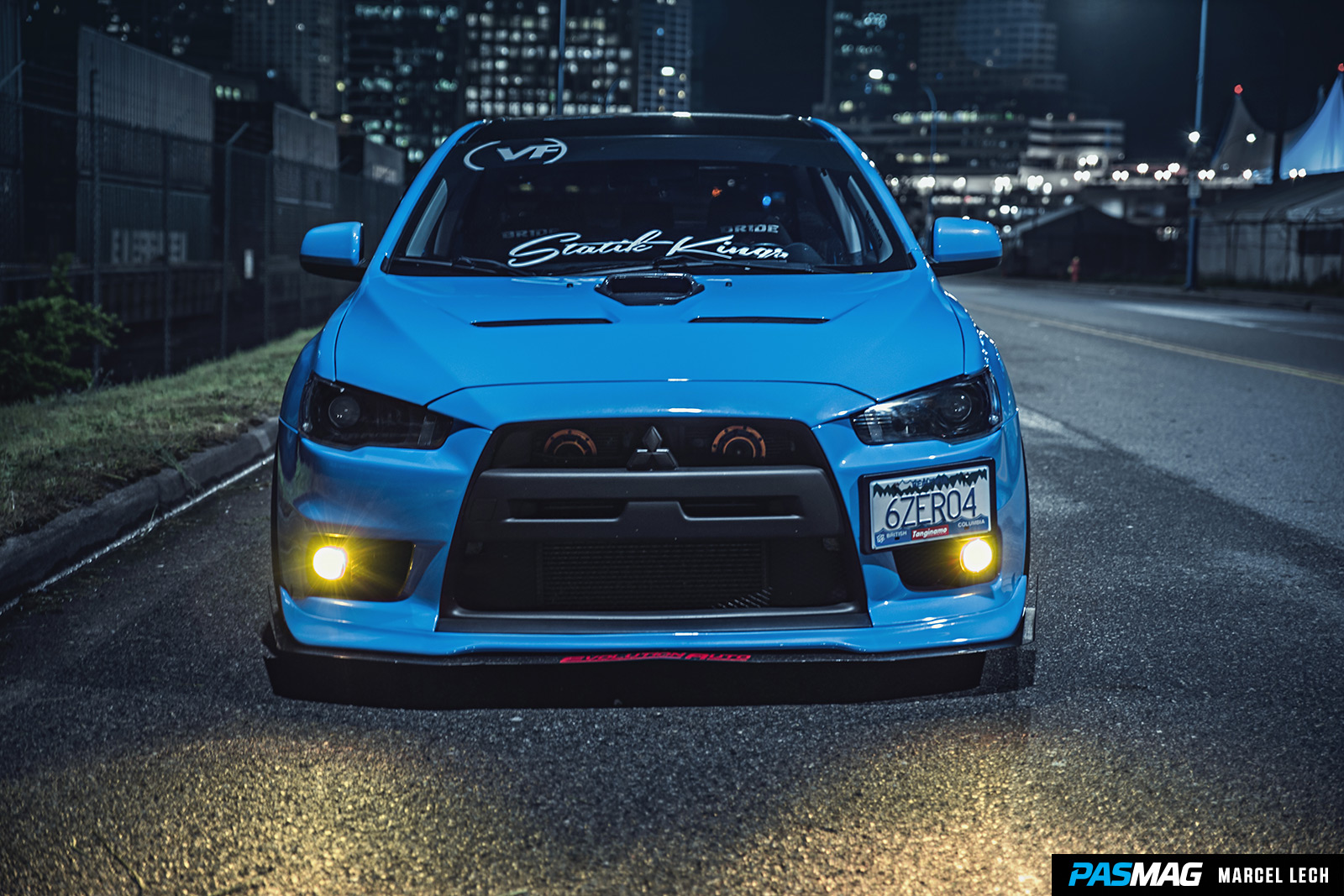 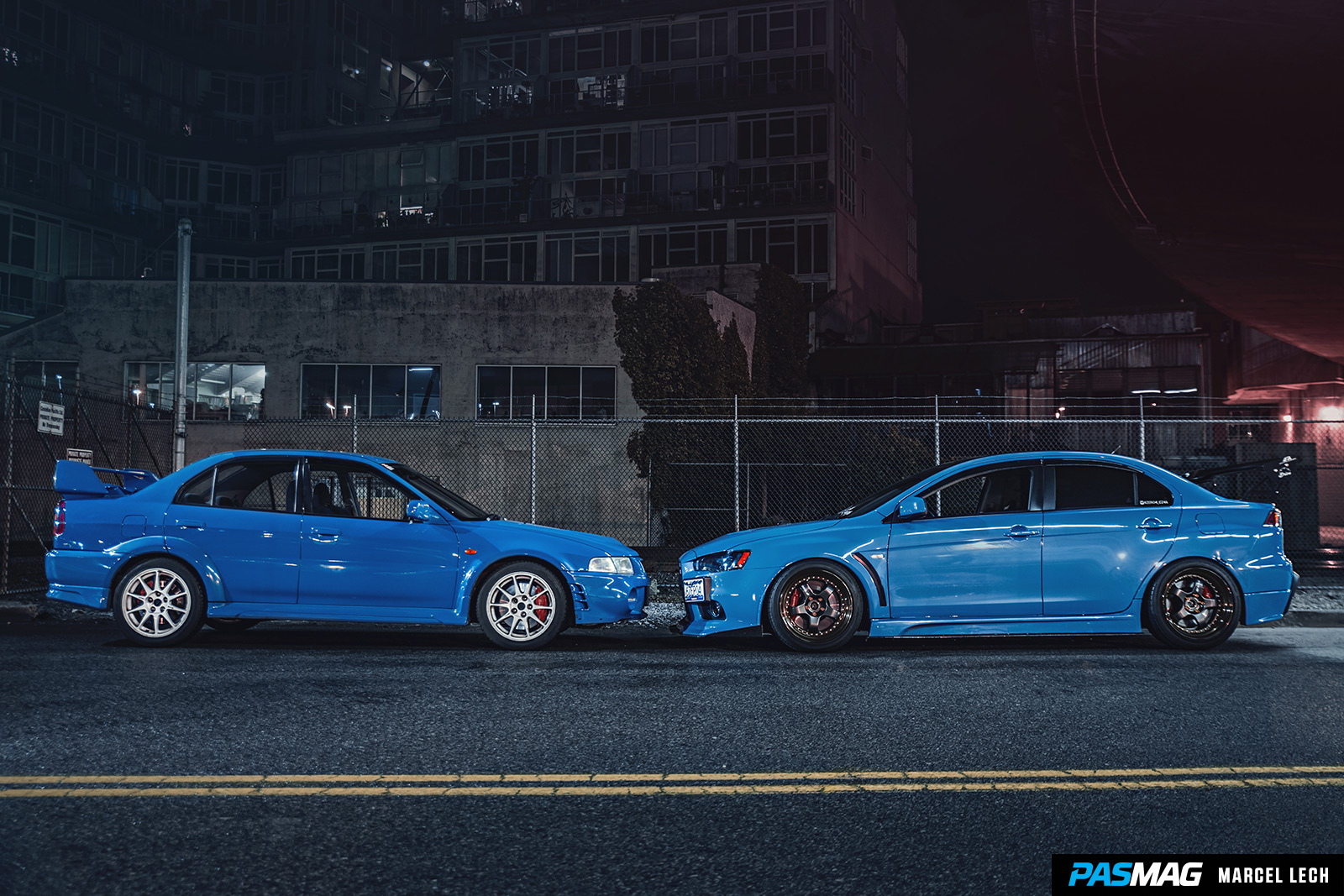 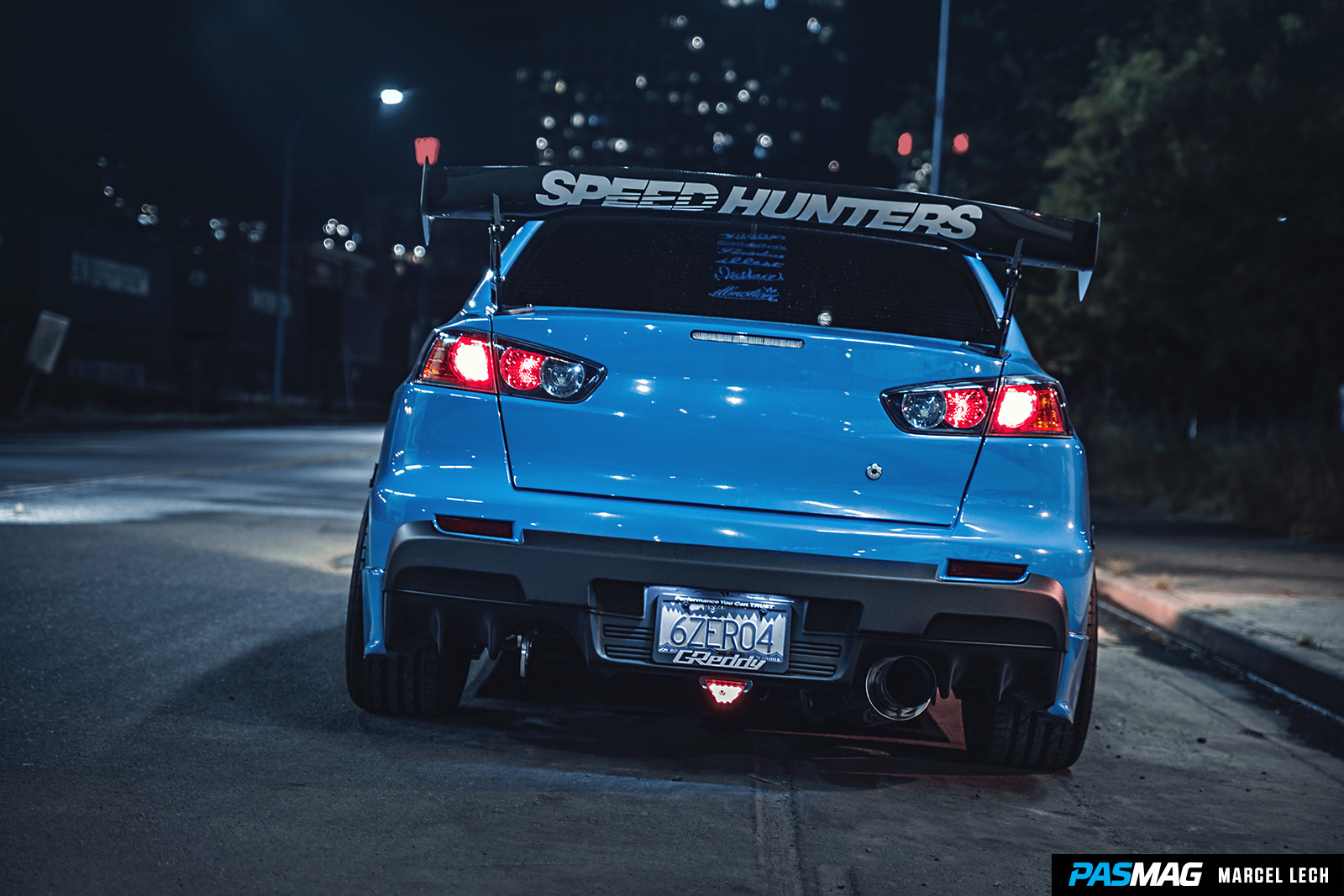 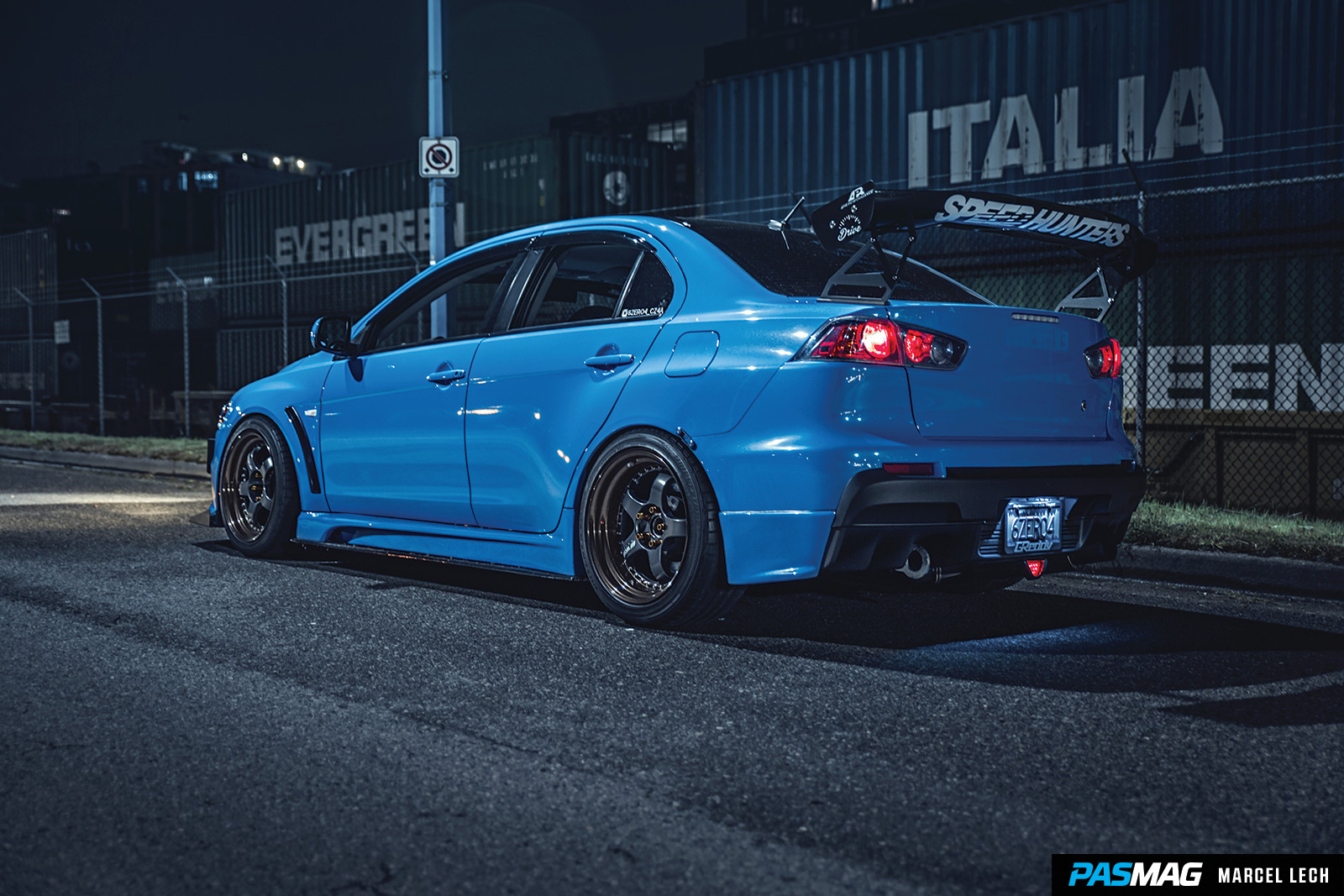 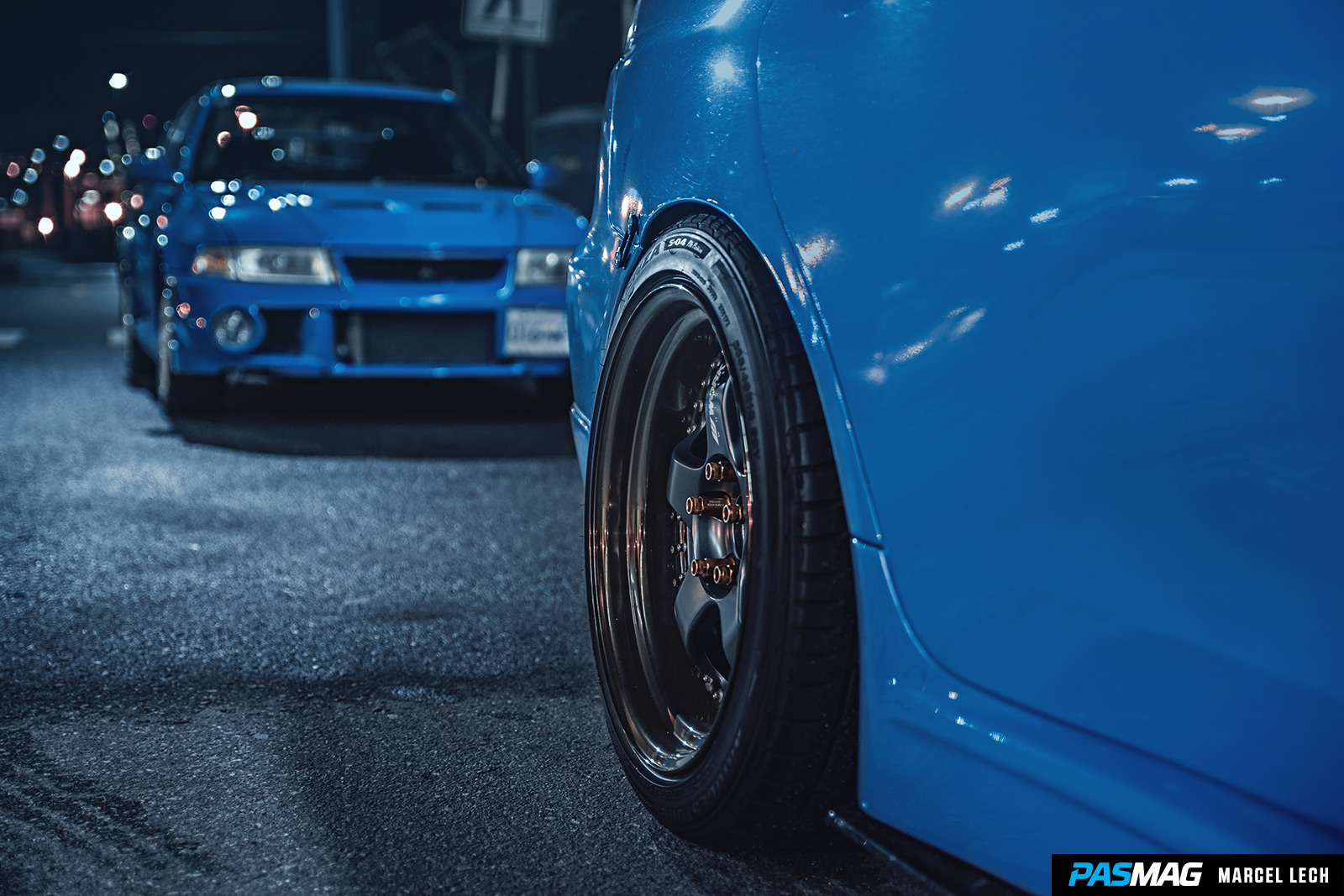 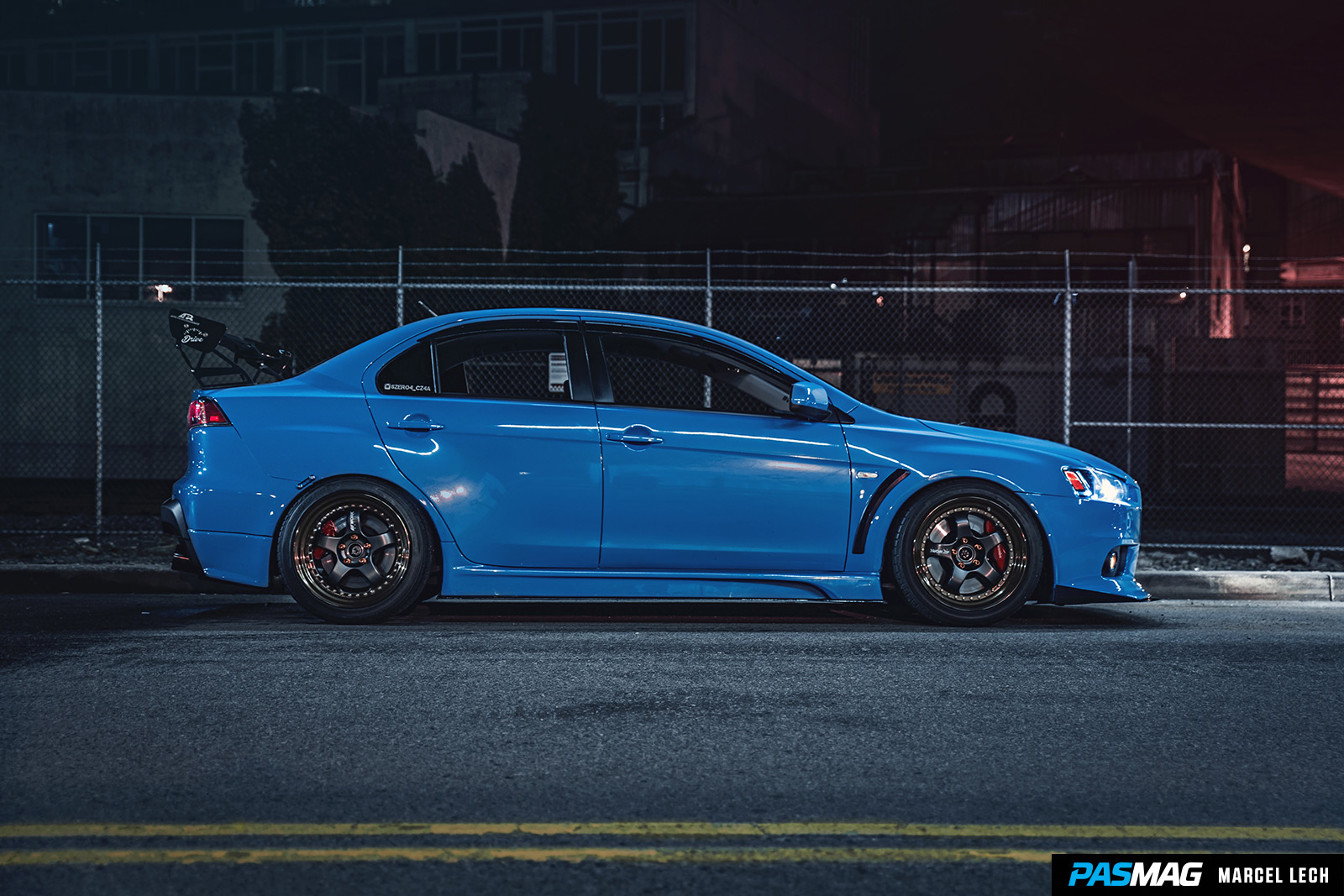 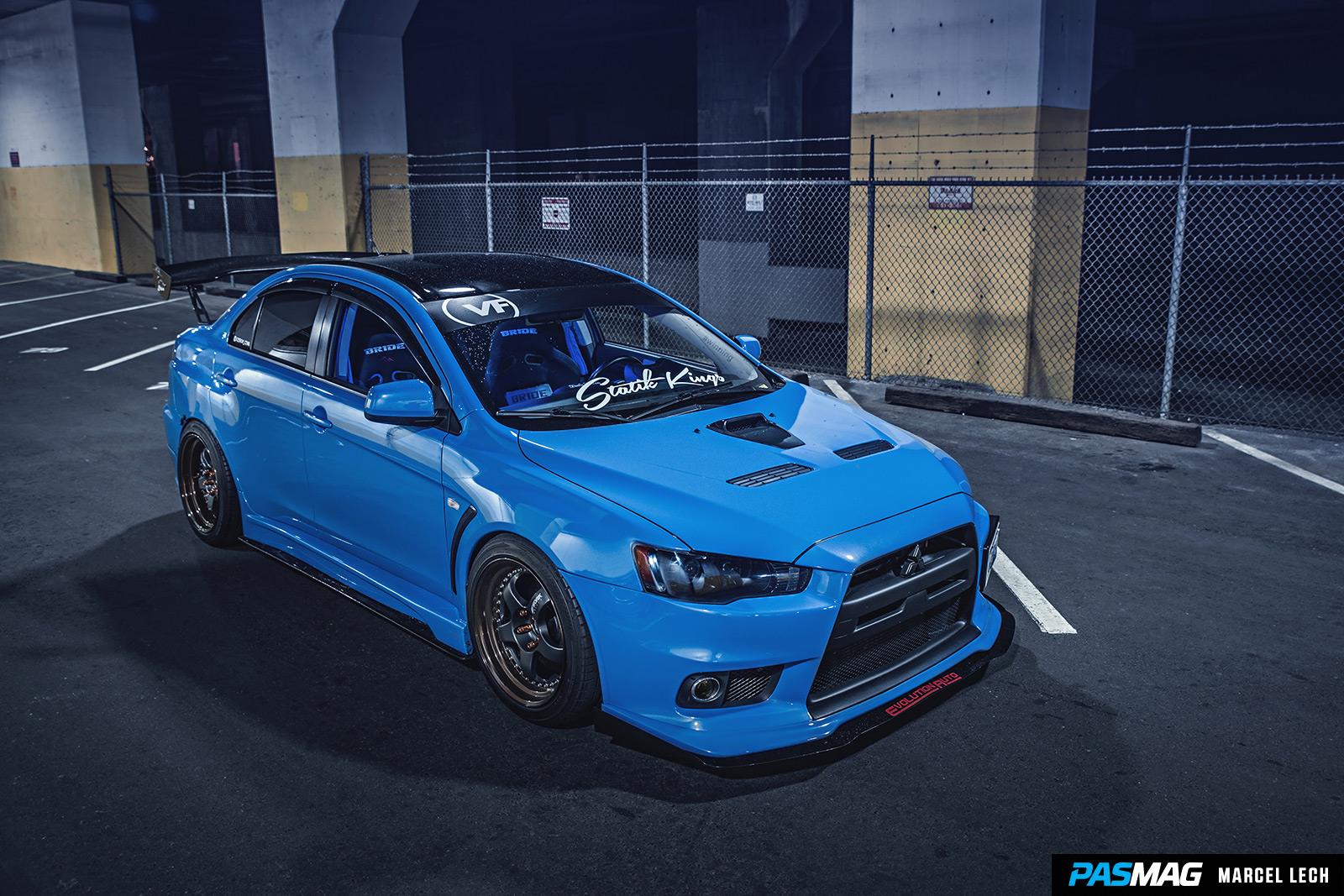 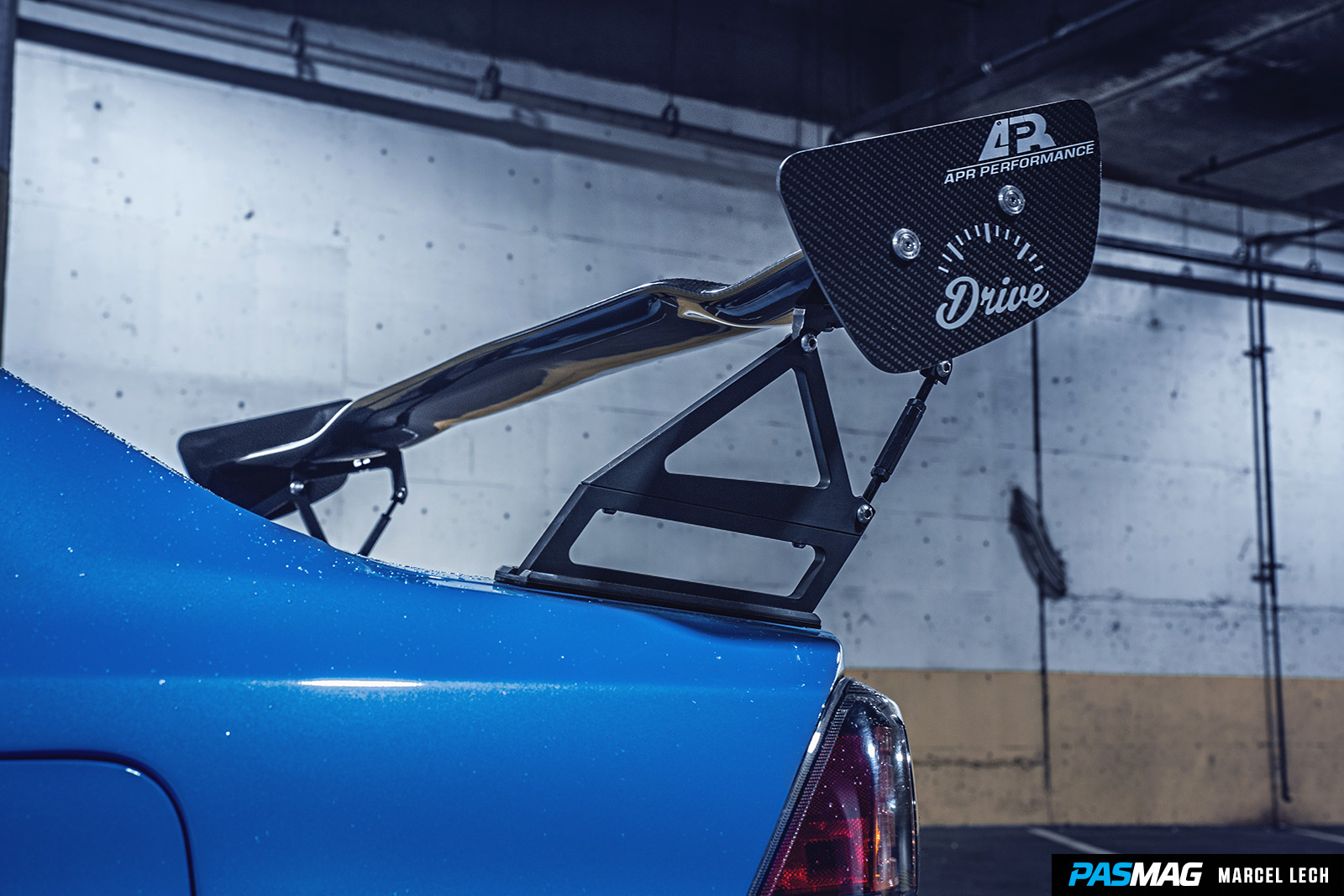 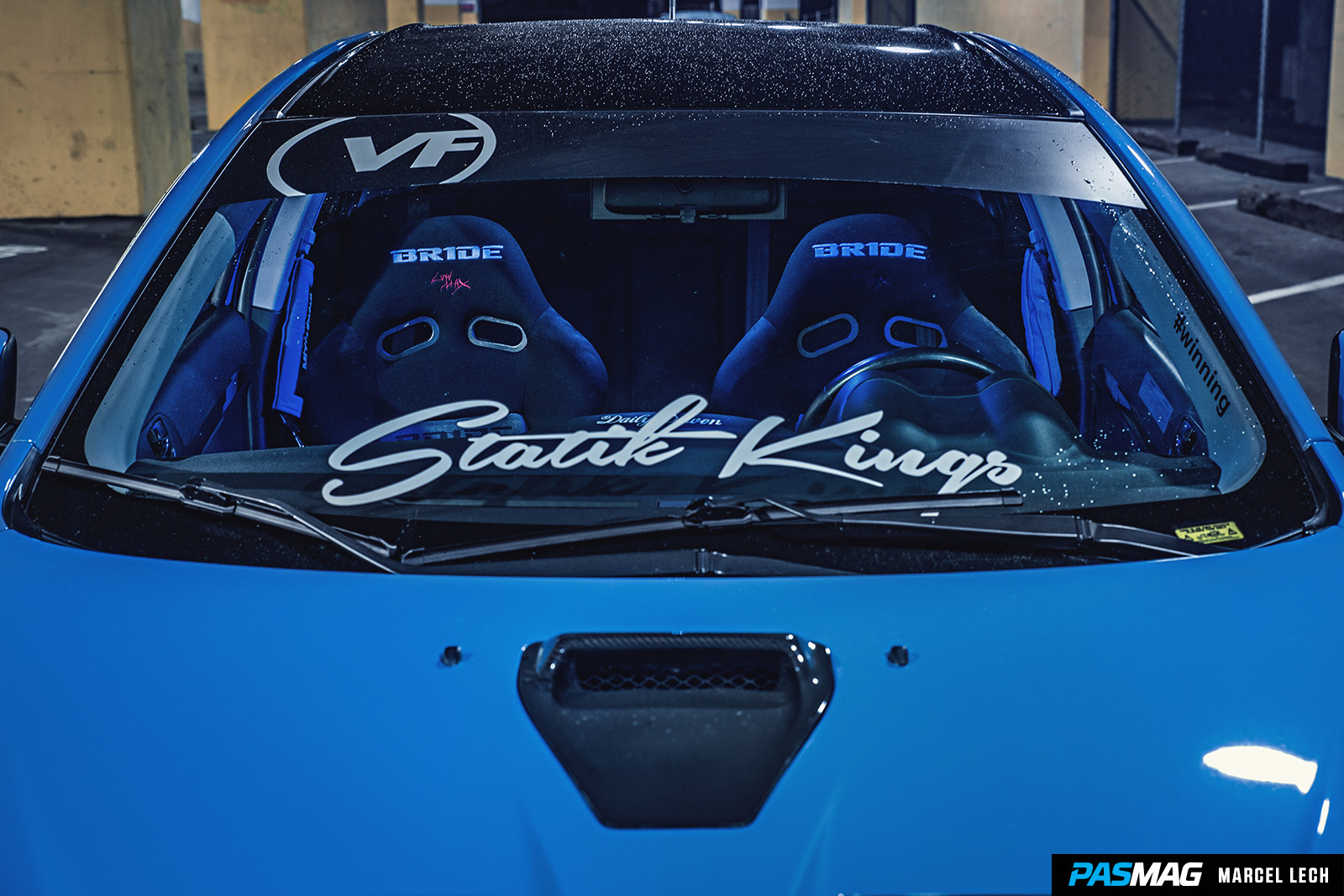 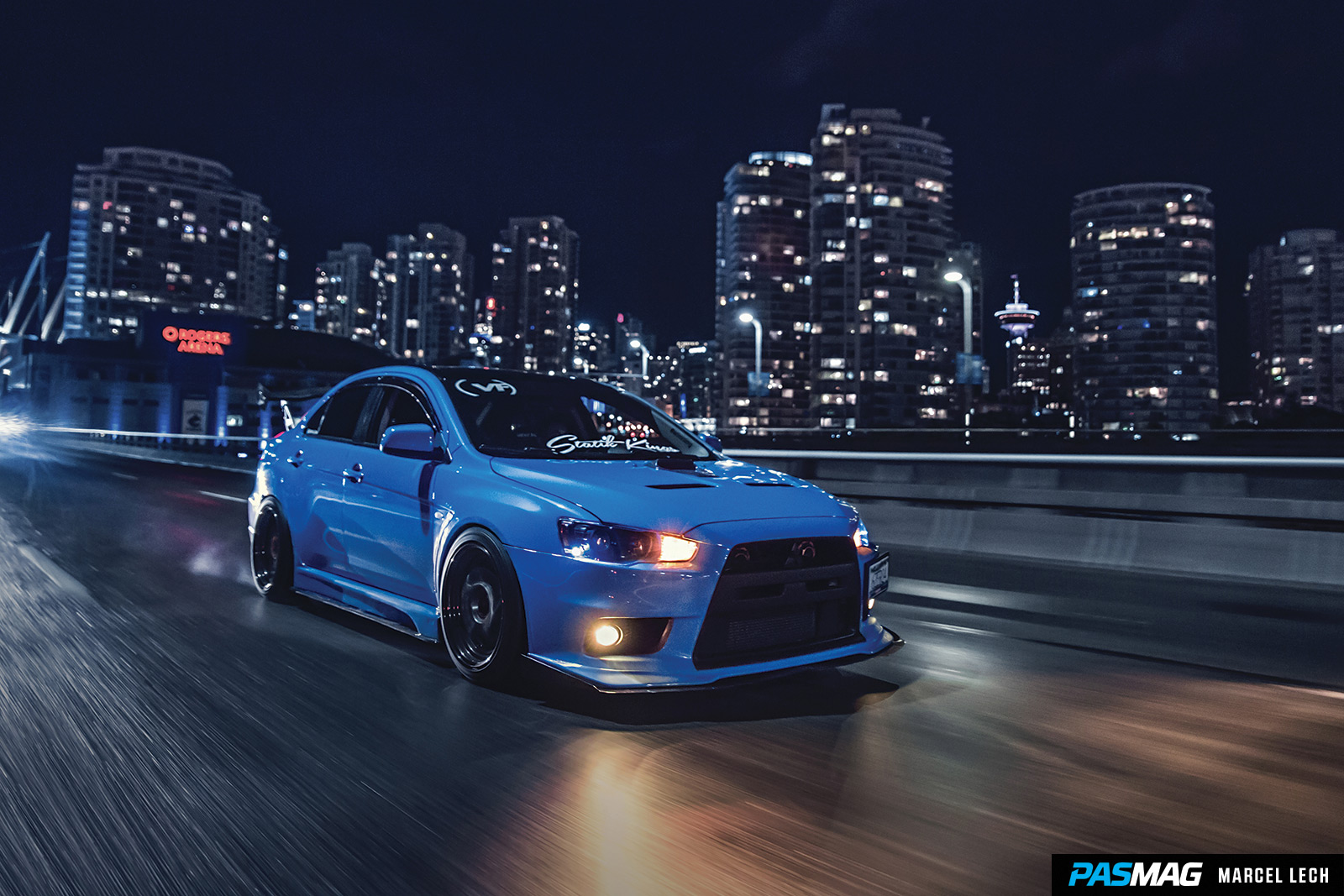