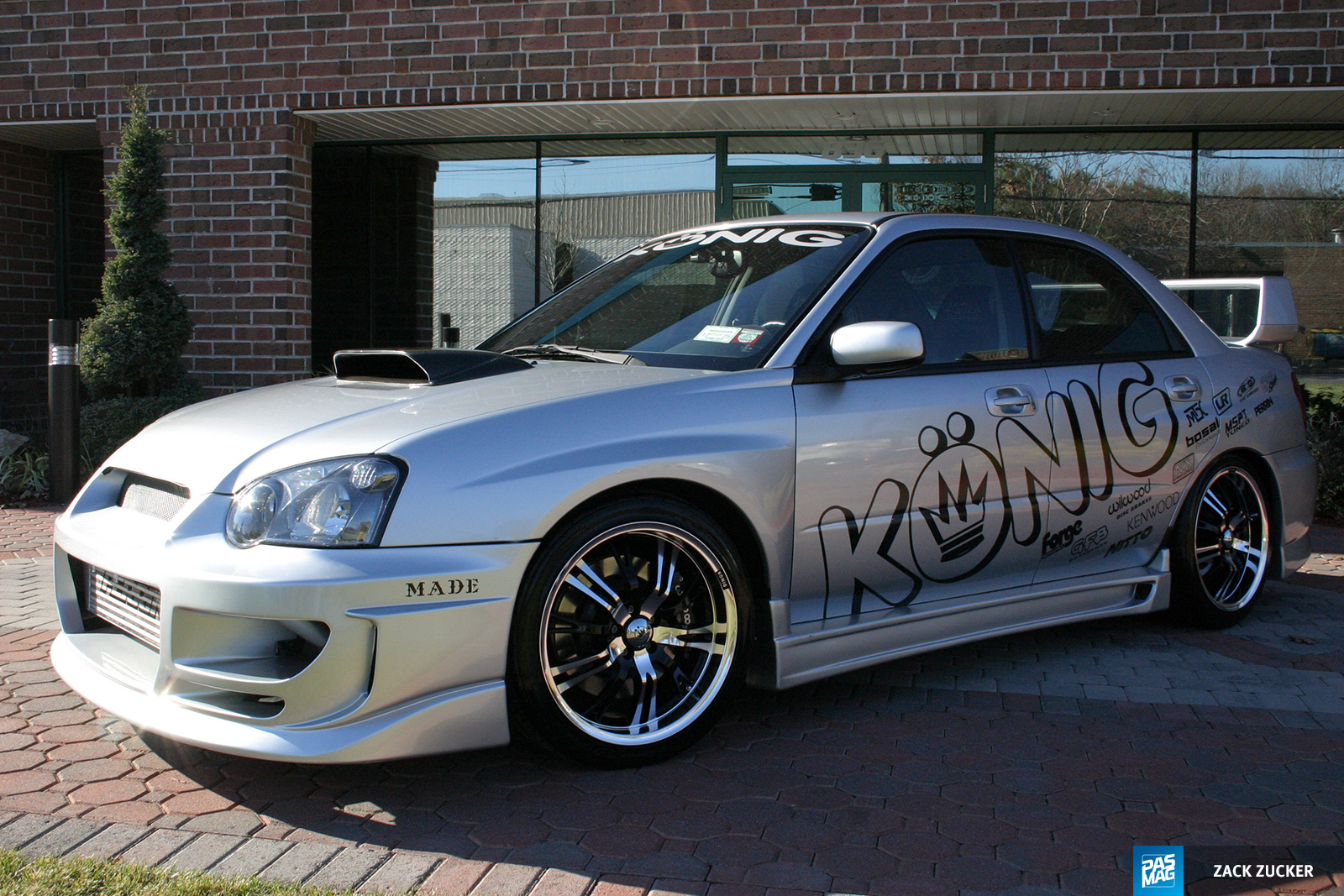 Somewhere on the streets of North America Jim Fisher’s Honda is cruising around town. Unfortunately for Fisher, that car is in the hands of a thief. When Fisher’s car was stolen in 2004 it was almost a blessing in disguise as he turned his attention to his next ride. After looking for something “fun to drive” he settled on a 2004 Subaru WRX and set about building his new project.

The WRX has become a favourite in the sport compact community so there was no shortage of aftermarket goodies for Fisher to choose from. While he has no intent of competing in shows, the Bohemia, NY resident still wanted a great looking ride that could handle daily driving duties as well. After purchasing this car in December 2004, Fisher spent the next seven months building his ride into a head turner. 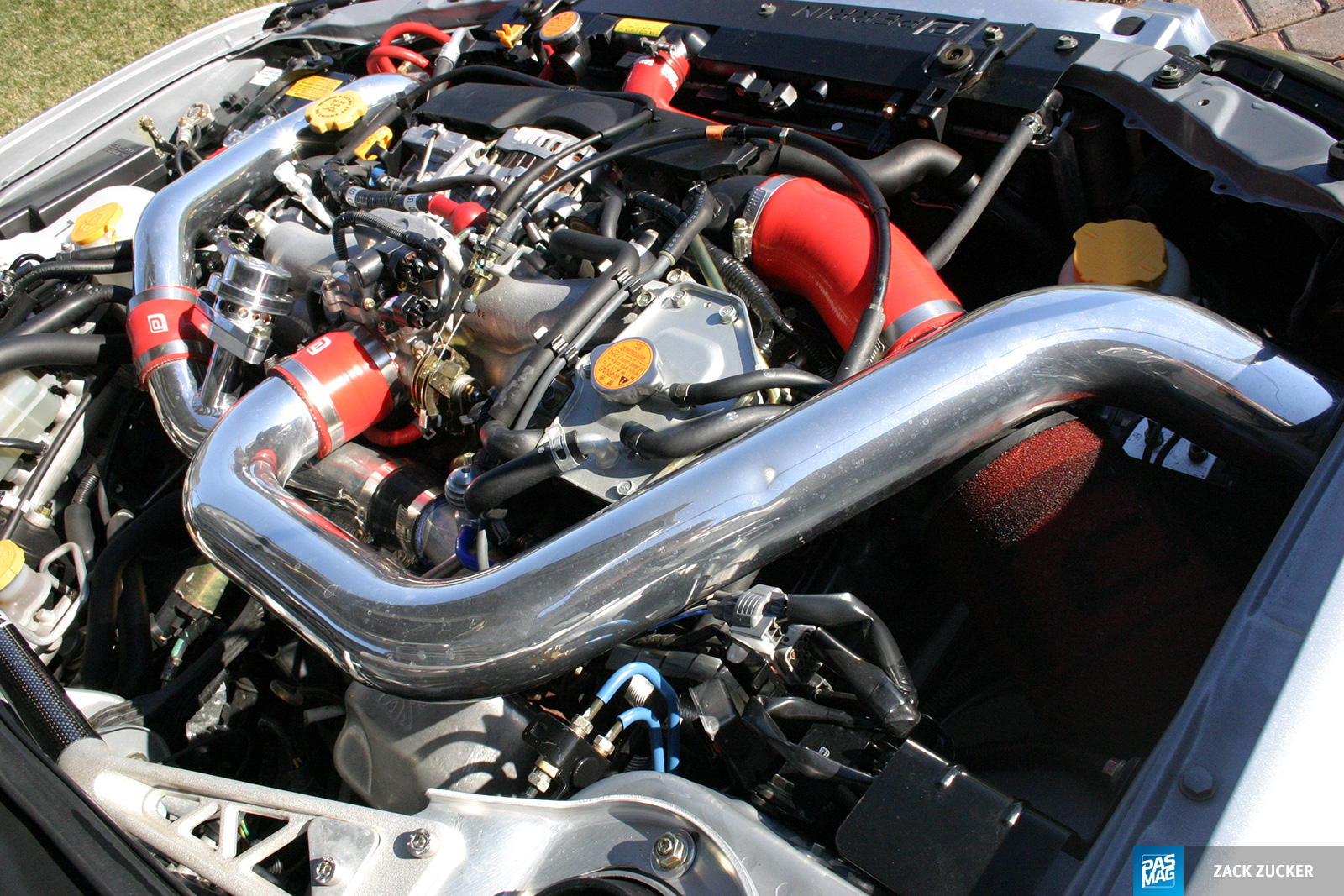 Things got started with work on the 2.0L, four-cylinder engine that comes stock in the WRX. Fisher went to TurboXS in Gaithersburg, MD to improve the performance. Turbo XS kicked off the engine modifications with a Forced Performance 18G turbocharger. To fine-tune the power levels Fisher went with a TurboXS UTEC boost controller. To increase horsepower, a TurboXS Stage 4 Horsepower Kit was added. Fisher then went with an Injen air intake that leads into a TurboXS front mount intercooler, while a TurboXS blow-off valve keeps things under control. The engine is fed via 800cc injectors. To complete the modifications under the hood, Fisher went to Perrin for a radiator hose kit, turbo inlet hose, pulley kit and an oil catch can. A Centerforce clutch and Fidanza aluminum flywheel ensure everything is handled in order when getting the power to the ground. All the engine work has boosted the power this Subaru can produce, with a dyno run at TurboXS claiming an increase to 326whp and a maximum torque of 316hp to the wheels. 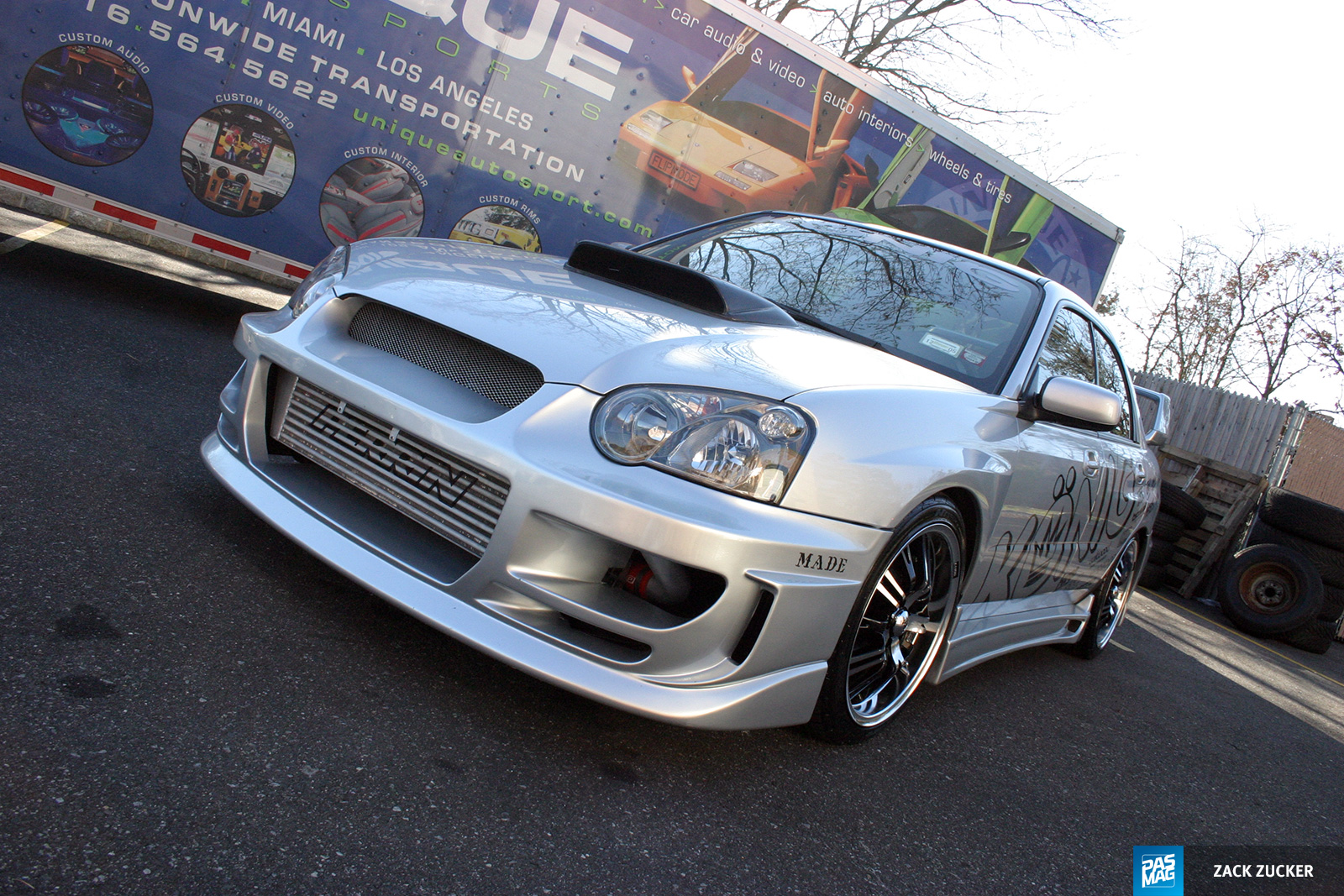 With the engine under control, Fisher turned his attention to the exterior of his WRX. A call to Chargespeed resulted in a GDB front half spoiler kit and grill being added. With the front end now producing a more aggressive look, Fisher visited Seibon to protect the engine bay and the goodies in the trunk. A CW-style carbon fibre hood and carbon fibre trunk in black offset the silver colour of the rest of the exterior. The headlights were upgraded to JDM Subaru models with Hella bulbs. Adding to the mystery of the vehicle, Fisher hides the interior with a tint job from Madico. 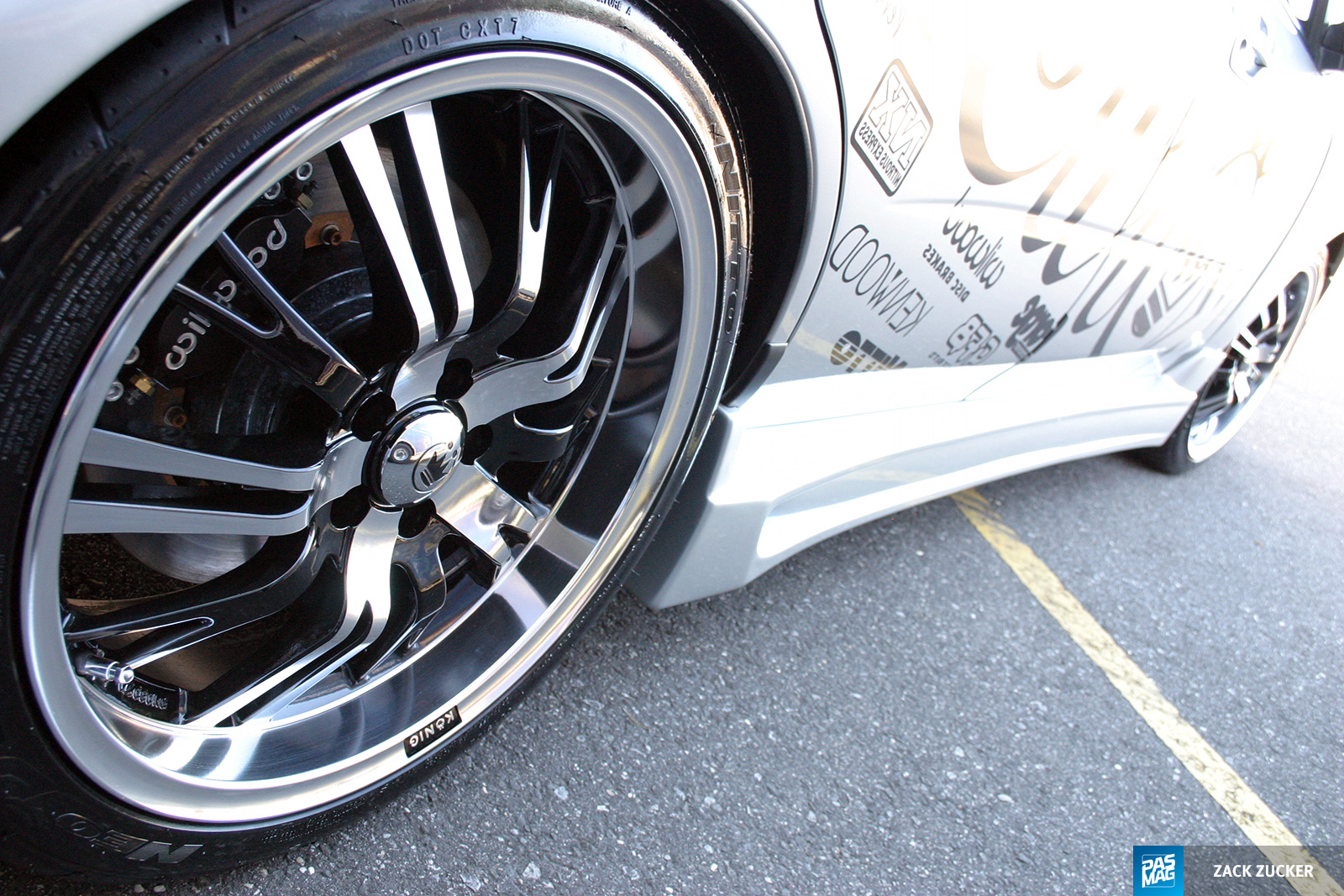 With the increased power and aggressive look of the Subaru, Fisher knew he needed the right complement to get the power to the ground. As the Sales Manager for König Wheels, it was no surprise he opted for the company’s Privat Profil HG Black model, 19- x 8.5-inches all around. The rubber left behind when Fisher takes off the line belongs to BFGoodrich’s G-force T/A KDW model, sized 235/35ZR19. The front rotors were upgraded to two-piece vented models sized 13 inches, while the rear rotors are also two-piece vented models sized 12.19 inches. Wilwood was then called to provide the front and rear calipers — the six-piston versions up front while the rear receives the four-piston variety. The suspension was upgraded via Eibach Pro-Street stainless coil-overs front and rear, while the front and rear strut bars were also improved thanks to GT Spec. Hotchkis was called upon for the sway bars while urethane bushings complete the process. For better handling and a stronger chassis, Fisher added a GT Spec front ladder bar and anti-lift kit, while Perrin provides the end links.

TurboXS then ditched the stock exhaust for its own three-inch turbo back titanium system, which includes an up-pipe, down-pipe and catalytic converter. 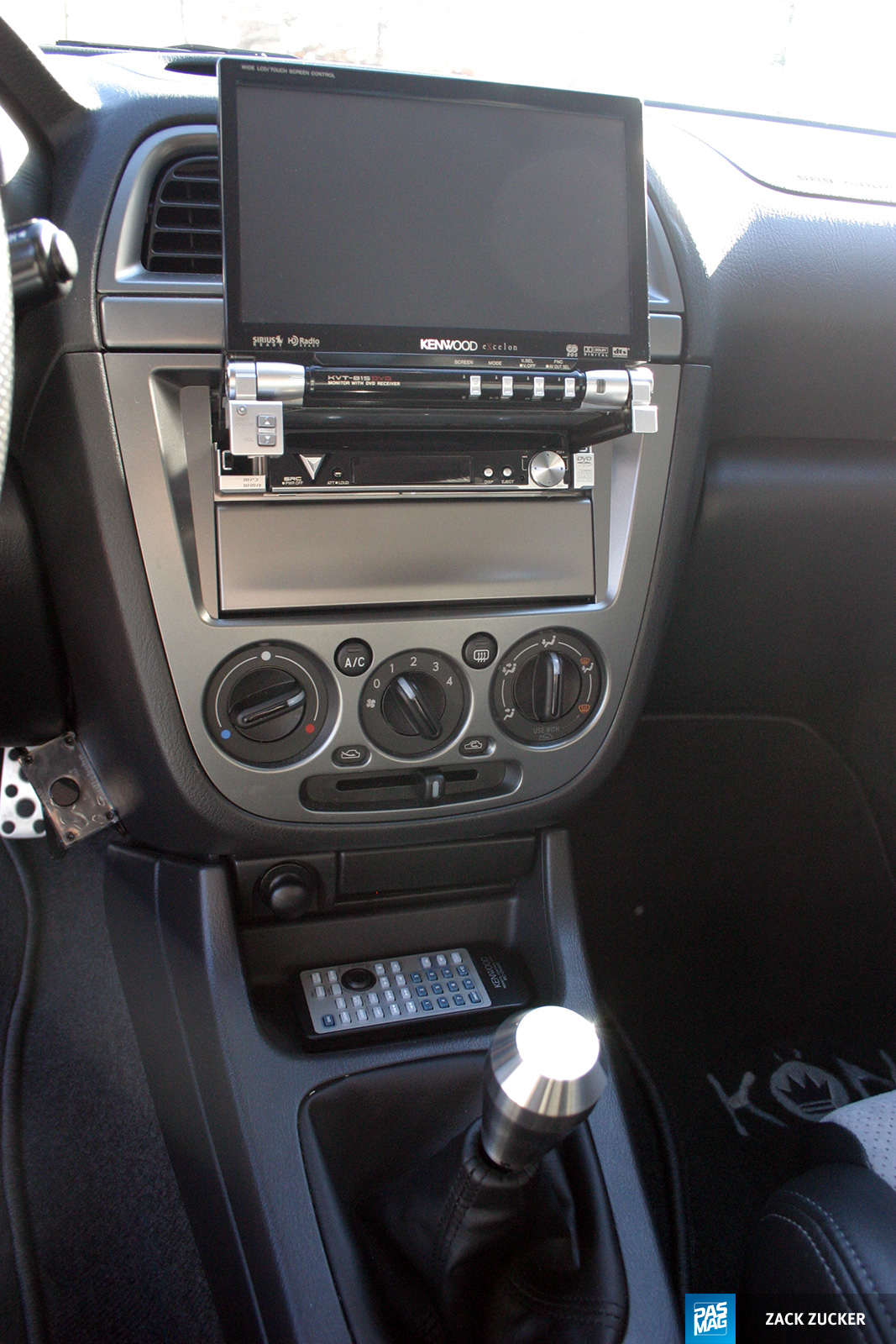 With the performance side taken care of, it was now time to move inside the WRX. For the upholstery, Fisher ventured all the way to the west coast as Montebello, CA’s Katzkin provides the leather and suede upgrade. The seats themselves are Status Racing Lagunas in a leather / carbon fibre design. When shifting, Fisher grabs hold of a TWM Performance shift knob that is linked to the company’s short shifter. The steering duties are taken care of by an OE-MOMO steering wheel. Up next was an AutoMeter gauge pod that houses the company’s oil pressure and boost gauges. The floor mats are courtesy MatWorks and come with the König and Mat Works logo embroidered into them. 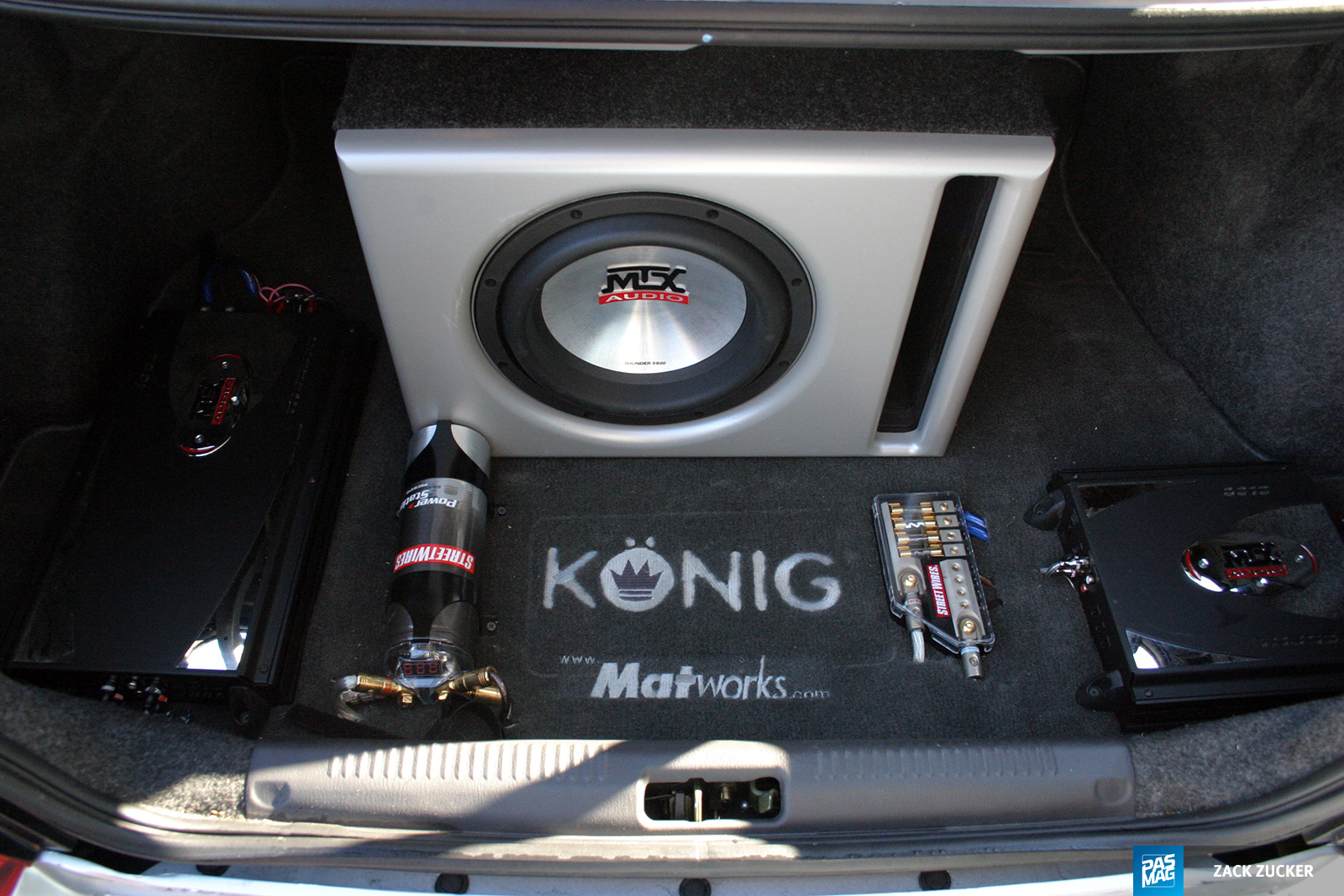 At this point, the Subaru was looking good and the power was there, but to make this car complete it needed some work on the ICE side. To handle the install Fisher called the experts at Unique Autosports in Holbrook, NY. Mounted in the front dash is a Kenwood KVT-815 DVD head unit to control things. They then went with MTX crossovers that lead to an Xtant X1001 sub amp and an Xtant X604 high frequency amp. Xtant also came through with two X1044 subwoofers that reside in the trunk with the amps. The mid-bass is handled by two sets of MTX TXC 6.1 high end components while another two sets of MTX TXC 5.1 high end components are responsible for the mid-range. With all the juice flowing through the inside of the car, Fisher went with an Optima Yellow Top battery to ensure everything gets the power it needs. Street Wires then stepped up to complete the audio install with its front fuse holder, main power wire, distribution blocks and capacitor.

A lot of work went into making this Subaru what it is today and much of that is thanks to TurboXS, Unique Autosports and MSPT Tuning / Metric Subaru in Huntington, NY. Of course, this bad boy would have never made it the street without the help of Fisher’s sponsors, which include: König, TurboXS, Eibach, Xtant / MTX / Streetwires, BFGoodrich, Status Racing, Wilwood, Chargespeed, Seibon, Perrin, GT Spec, MSPT, Meguiar’s, Royal Purple, Optima and Dynamat.

It’s too bad Fisher doesn’t enter his Subaru into competition as there is no doubt this WRX is show worthy. Still, this is definitely one of the sickest daily drivers out on the street and I’m sure there are many New Yorkers who would love to see Fisher blow by them while cranking out the bass. 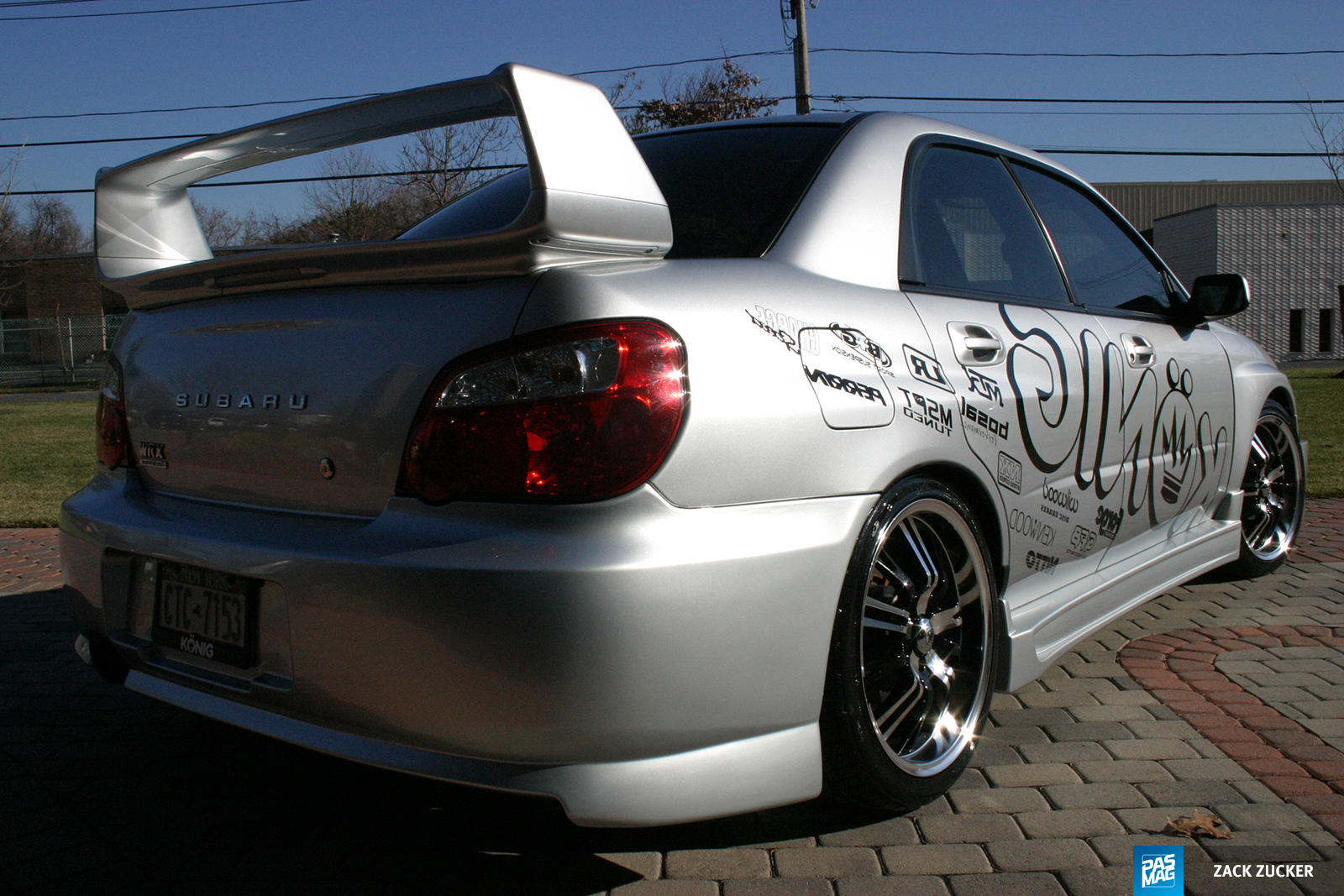 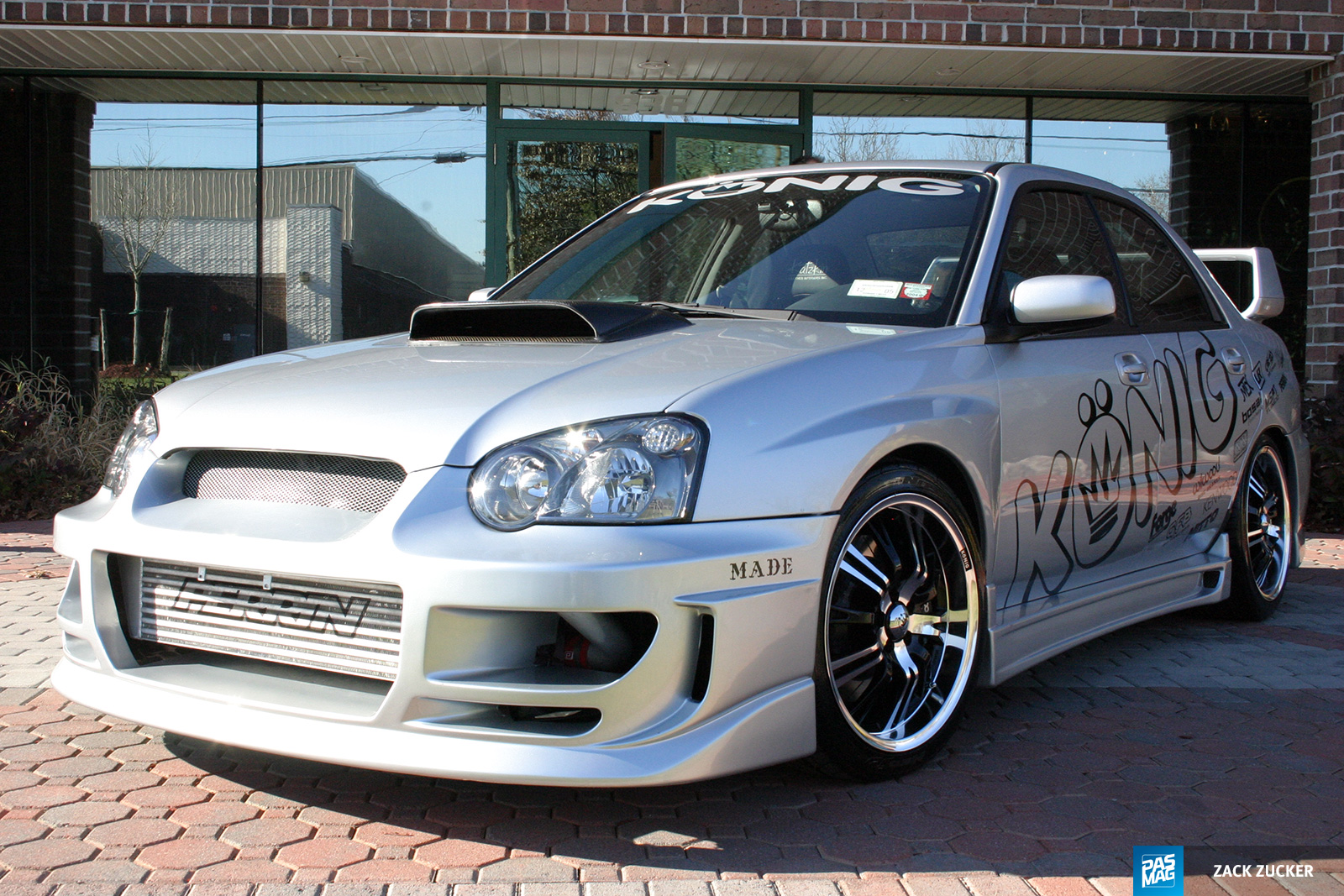 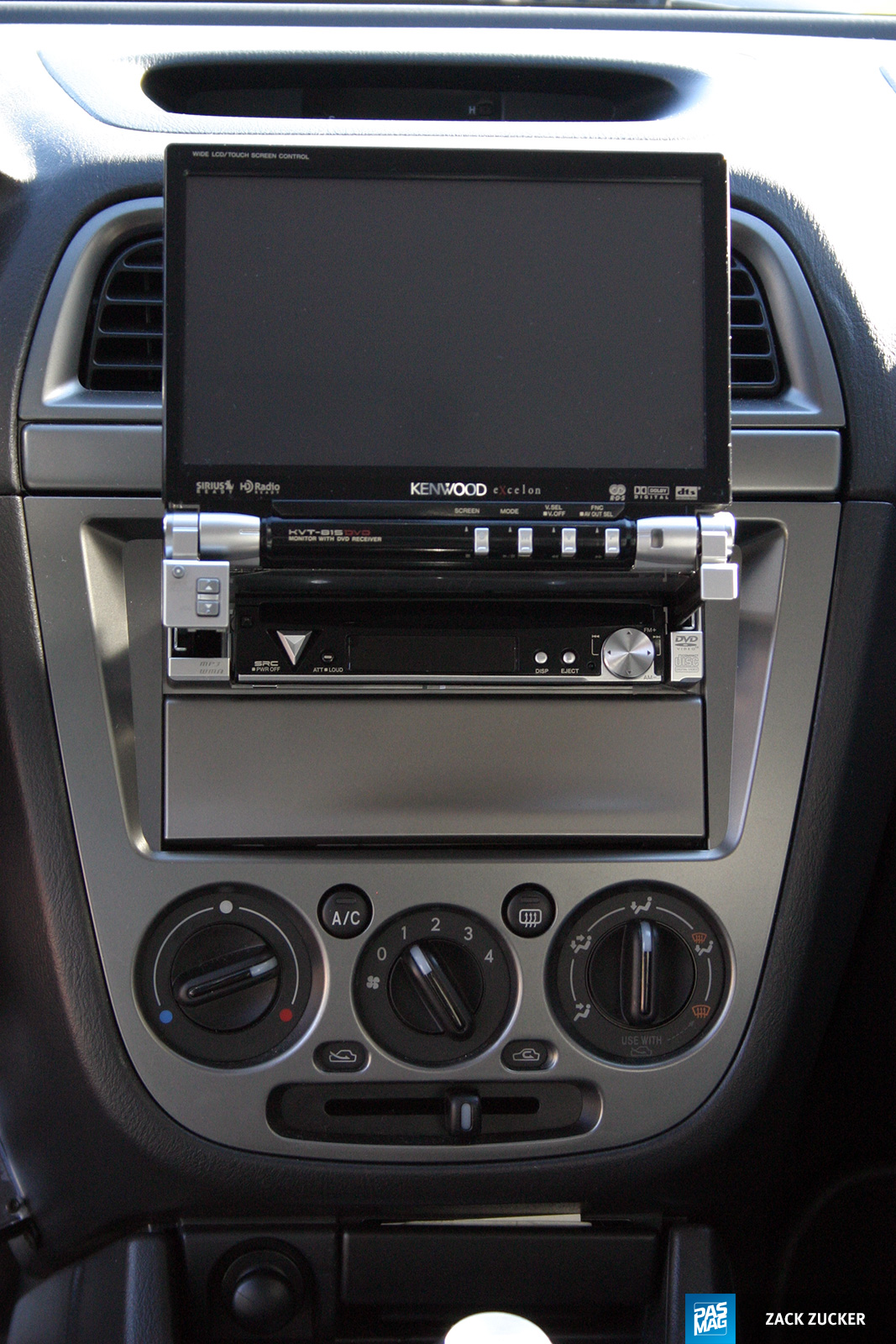 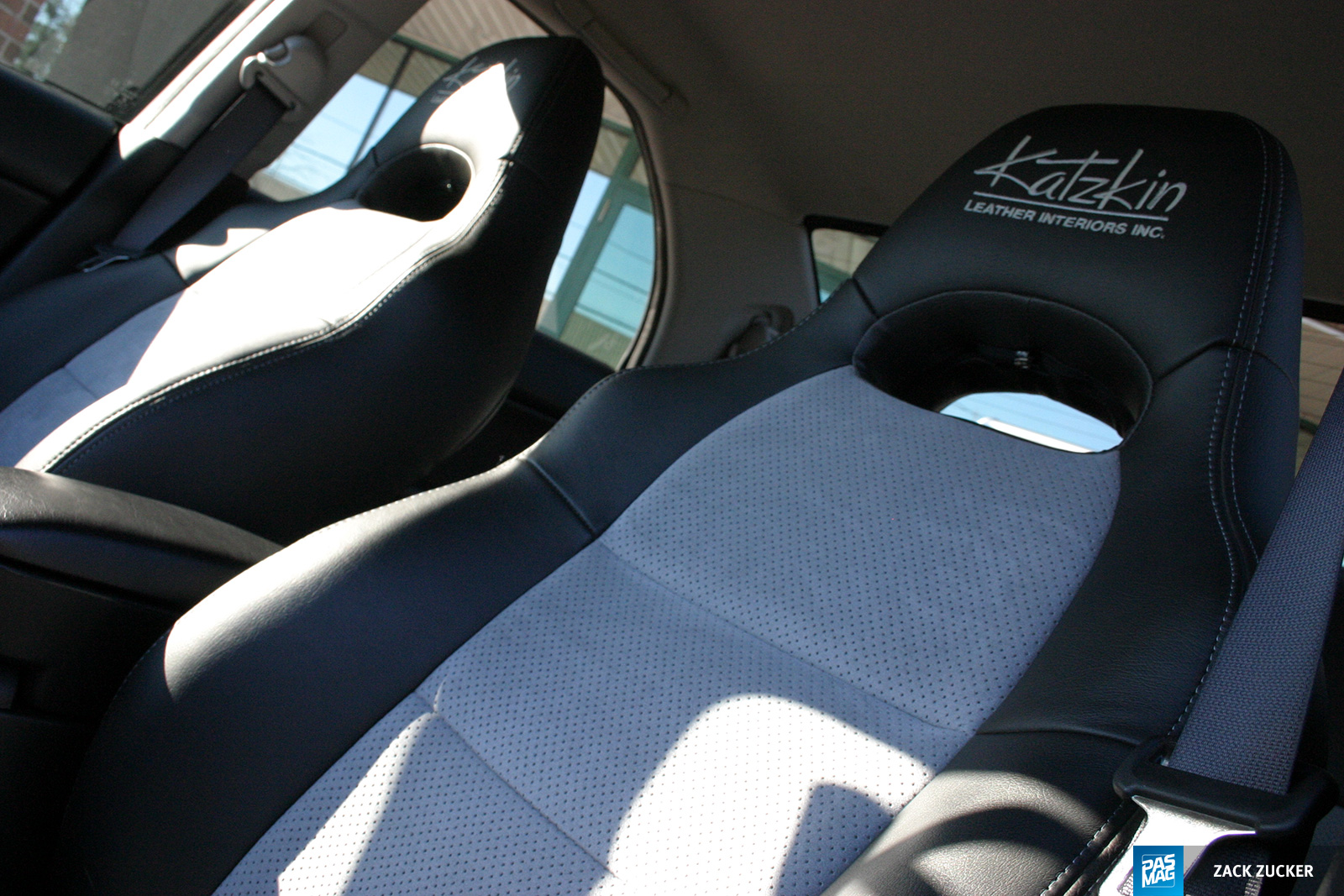 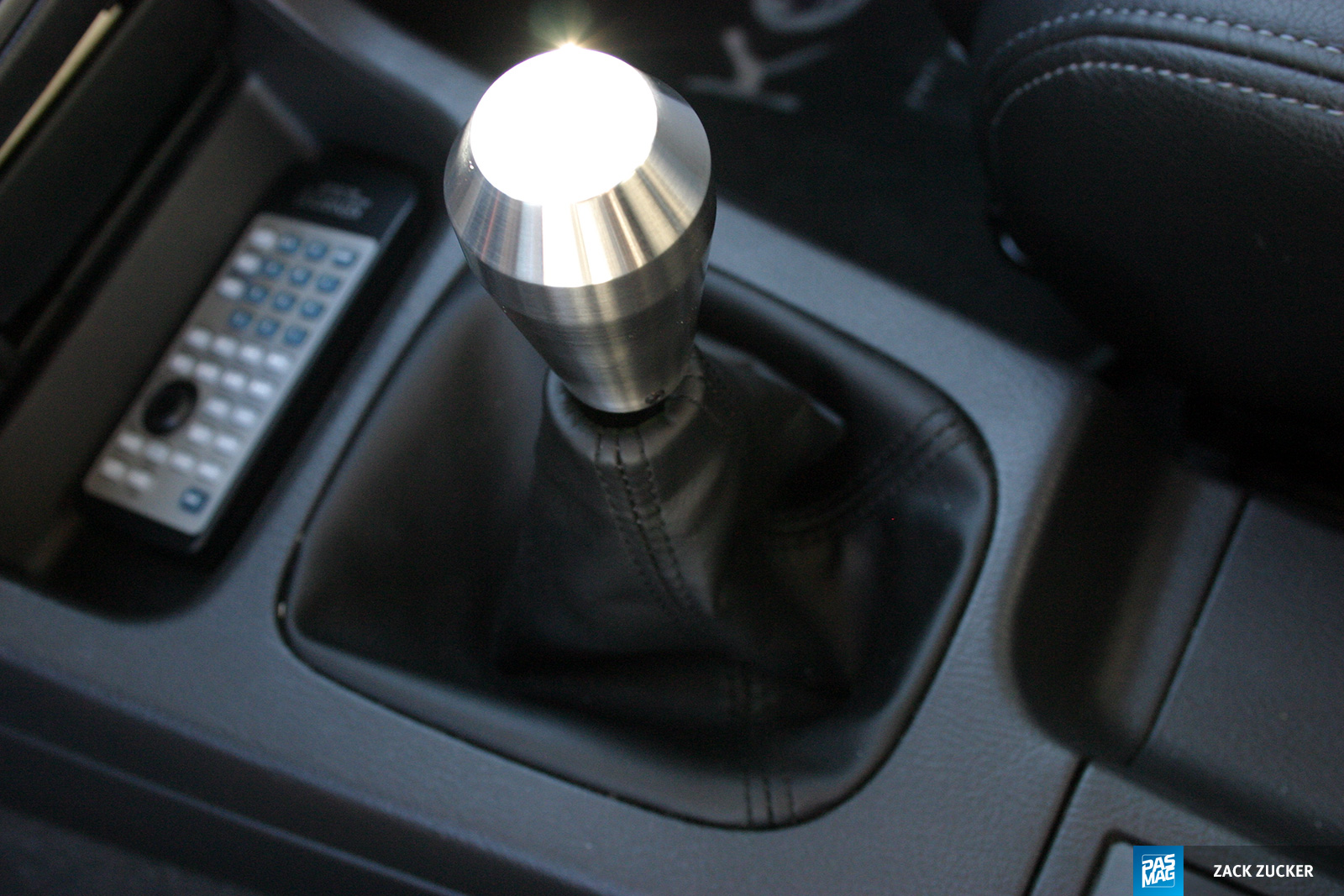 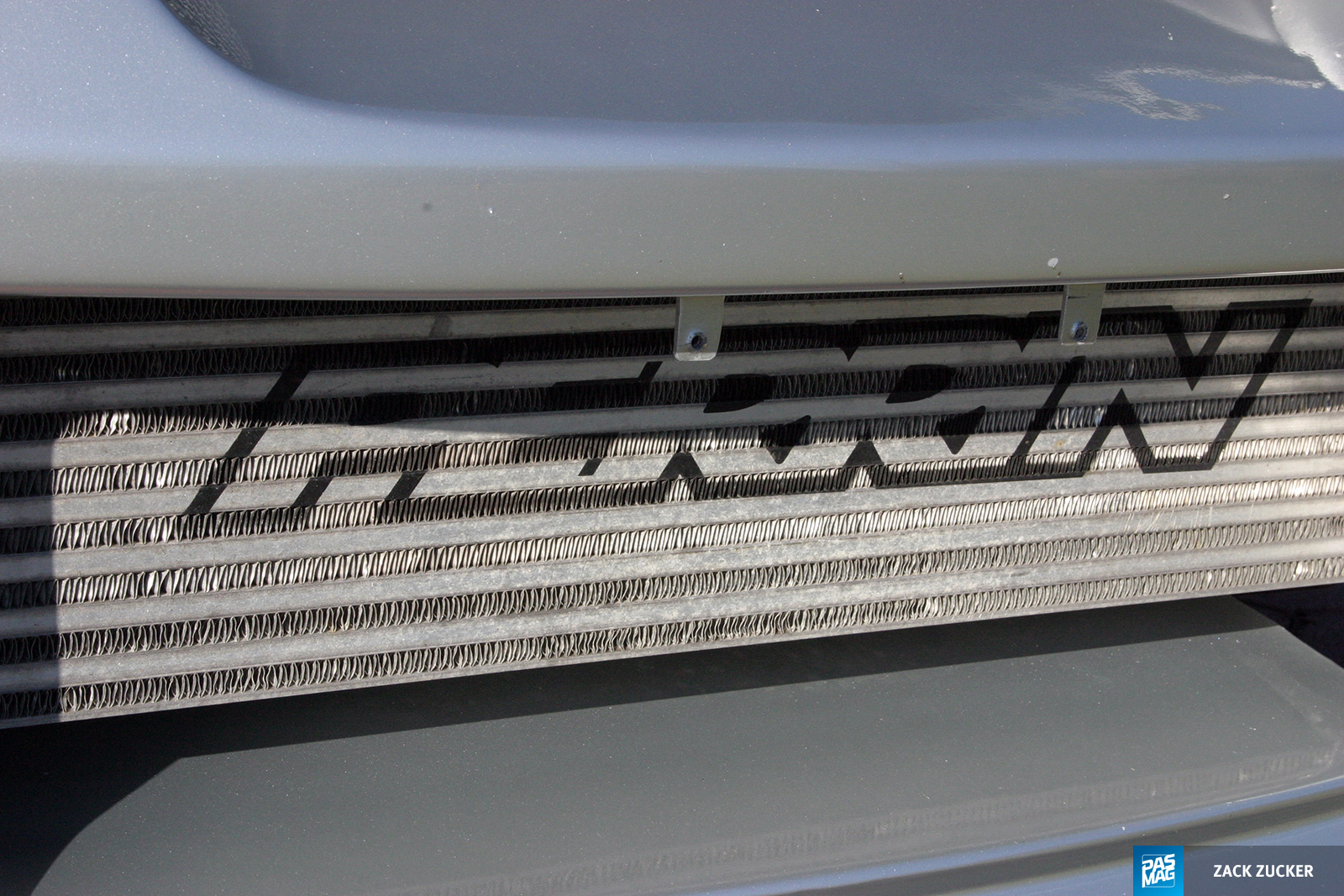 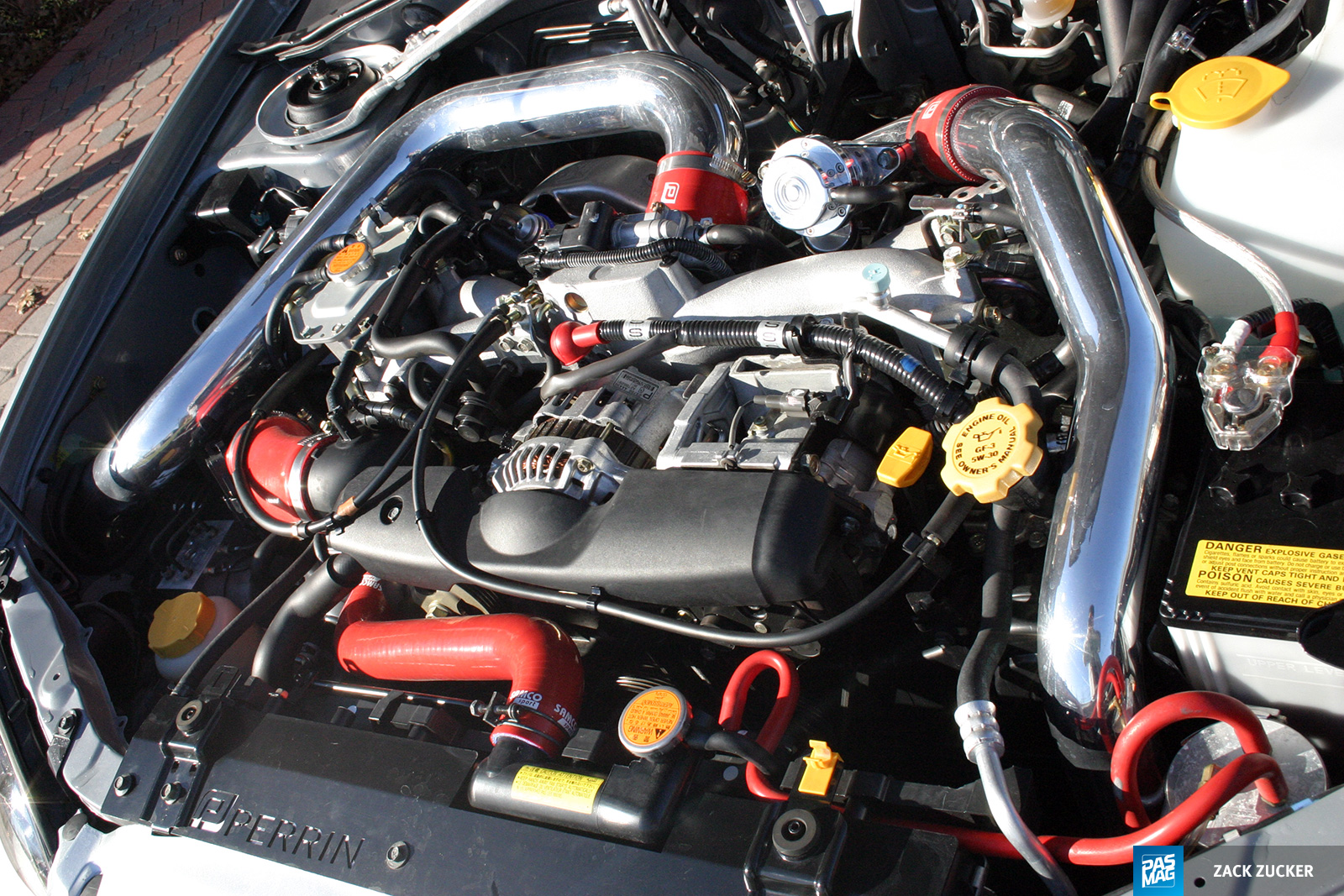 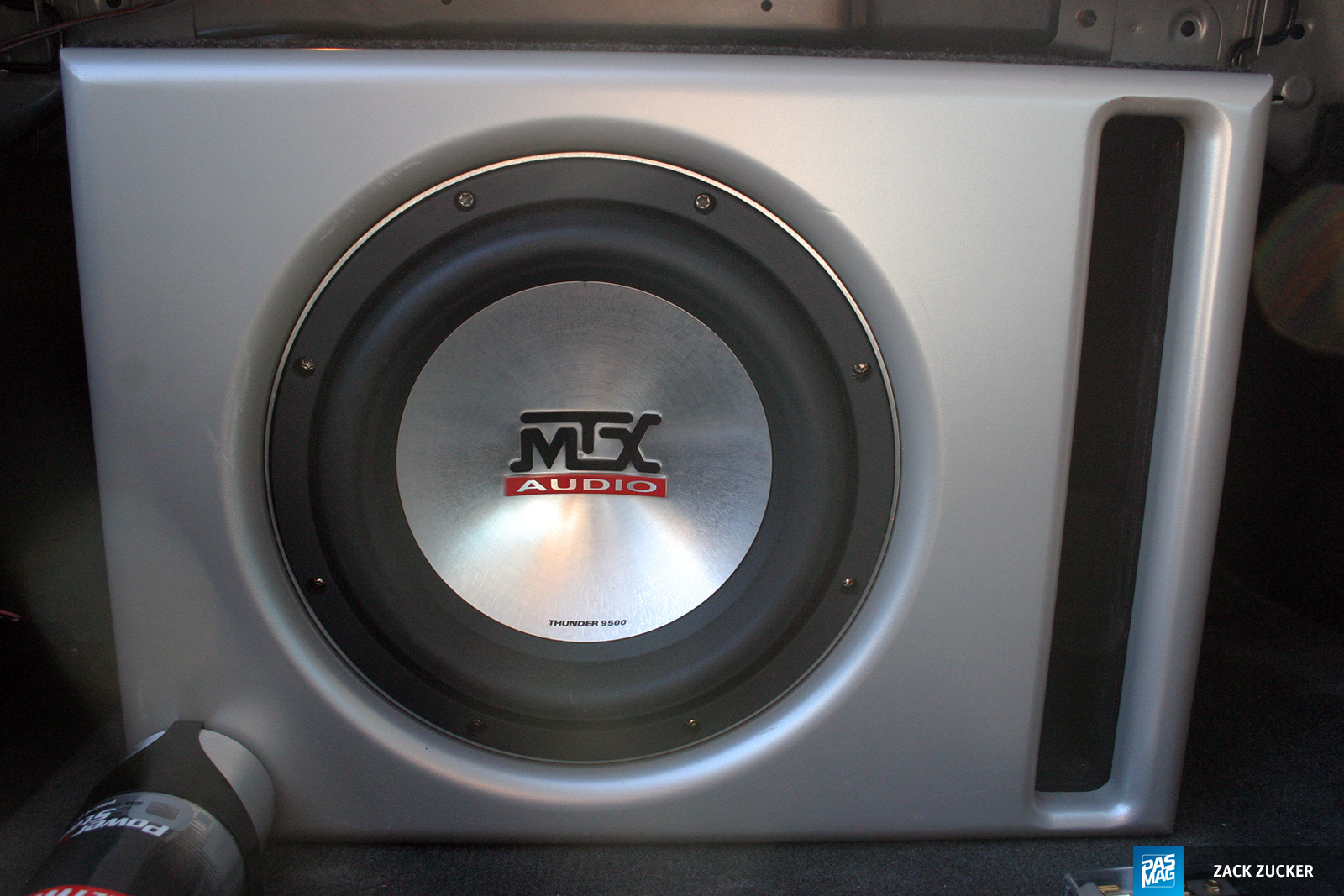 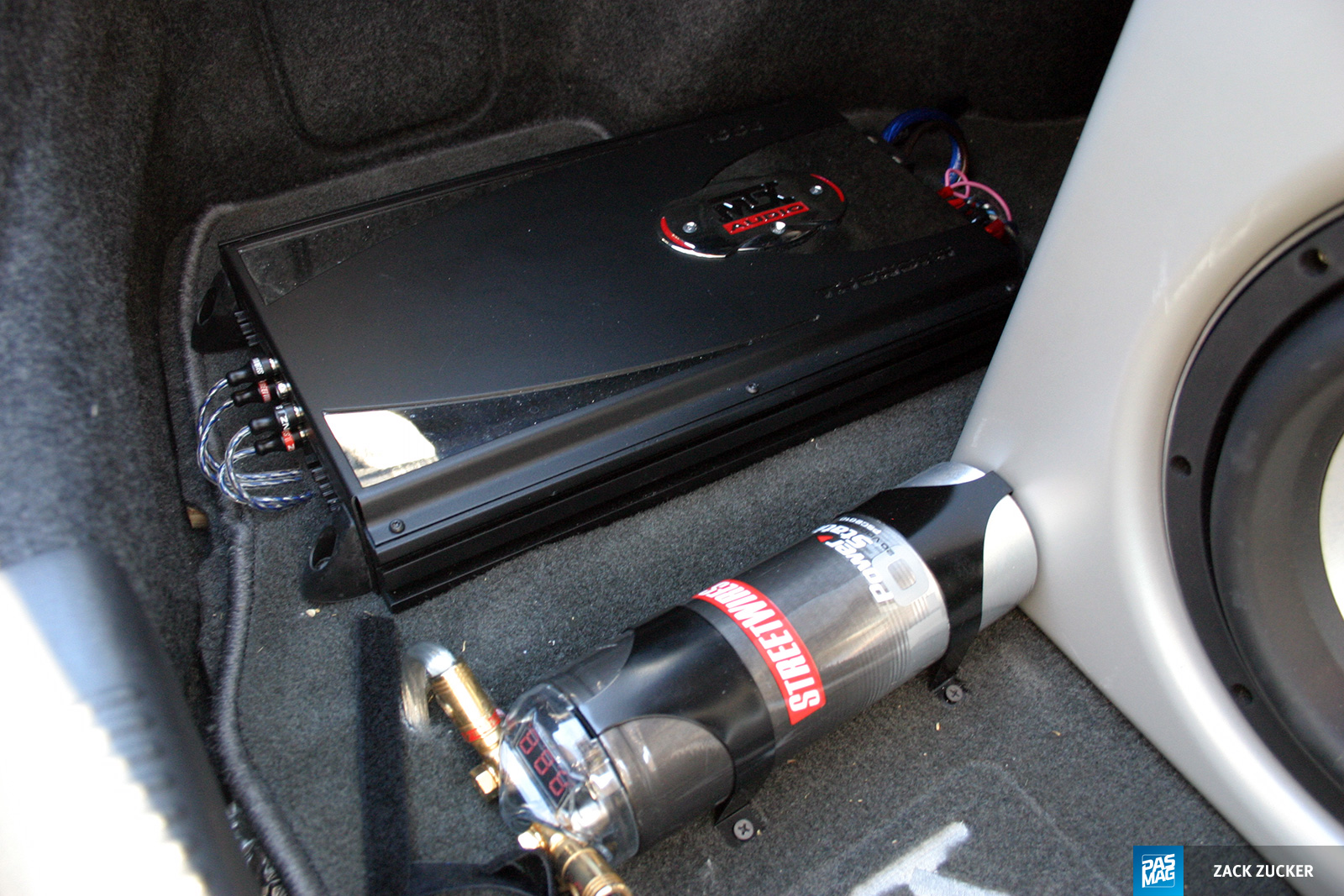 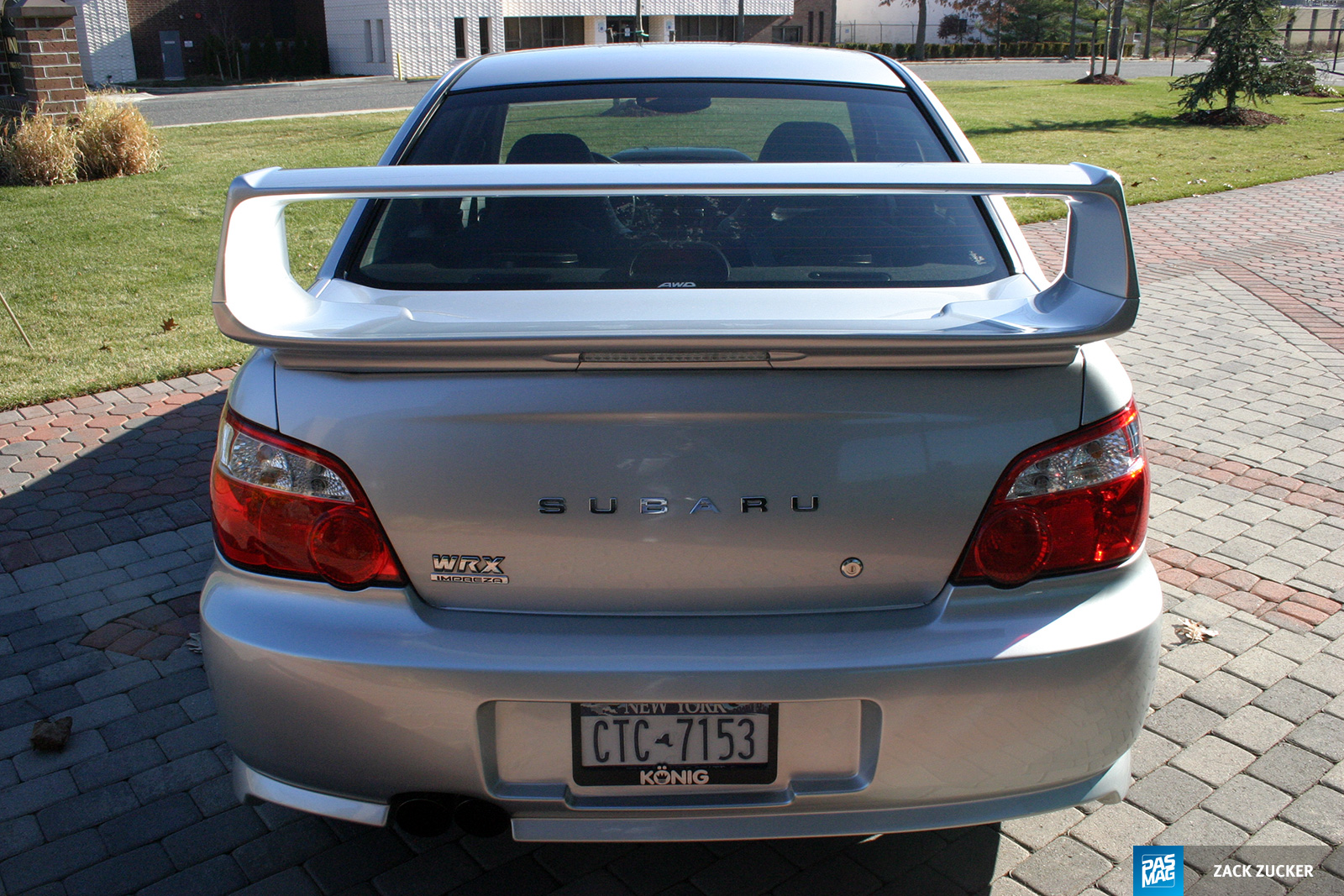