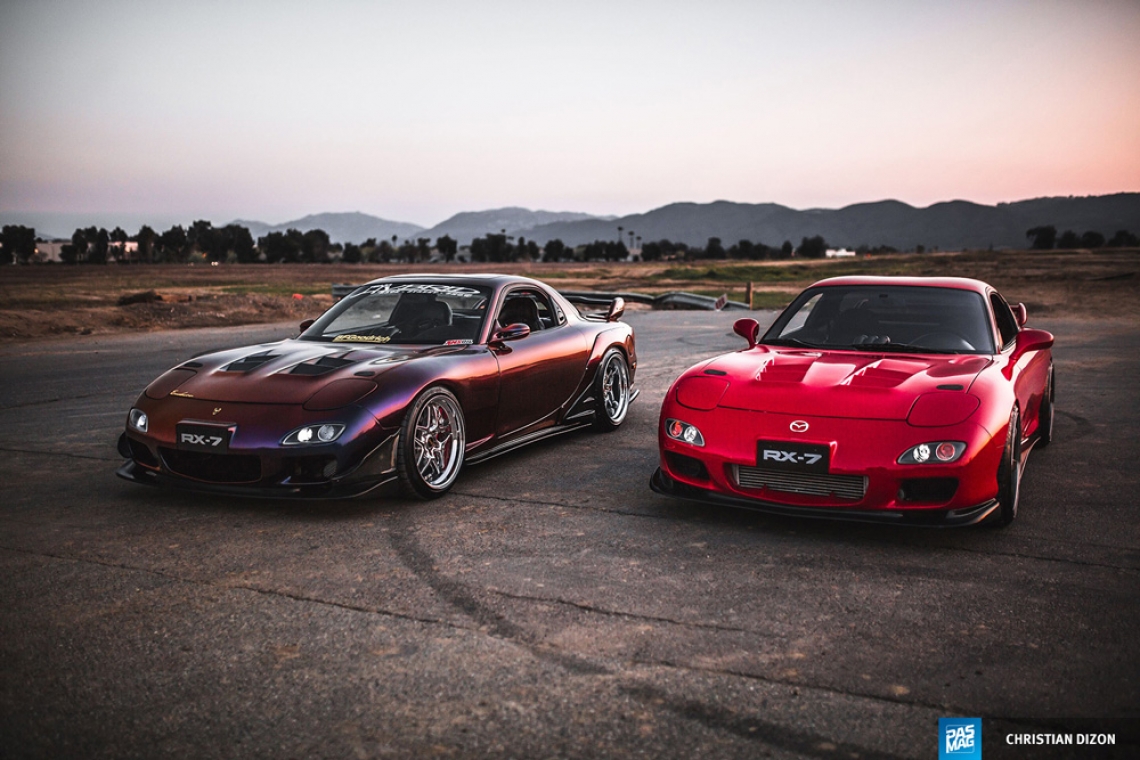 If you focus on doing things right, sometimes there are no wrong answers

All too often, we find enthusiasts trapped in the cycle of trends. Builds become more of a checklist of modifications rather than an expression of the owner’s true style and tastes. Part of the blame for this phenomenon lies with car show culture where, in some cases, throwing everything at a car accrues more points on the judging sheets. Bolt-on widebodies, flashy lighting, intricate graphic vinyl wraps - nothing is intrinsically wrong with these mods, but they also aren’t the end-all-be-all of show-worthy modifications. 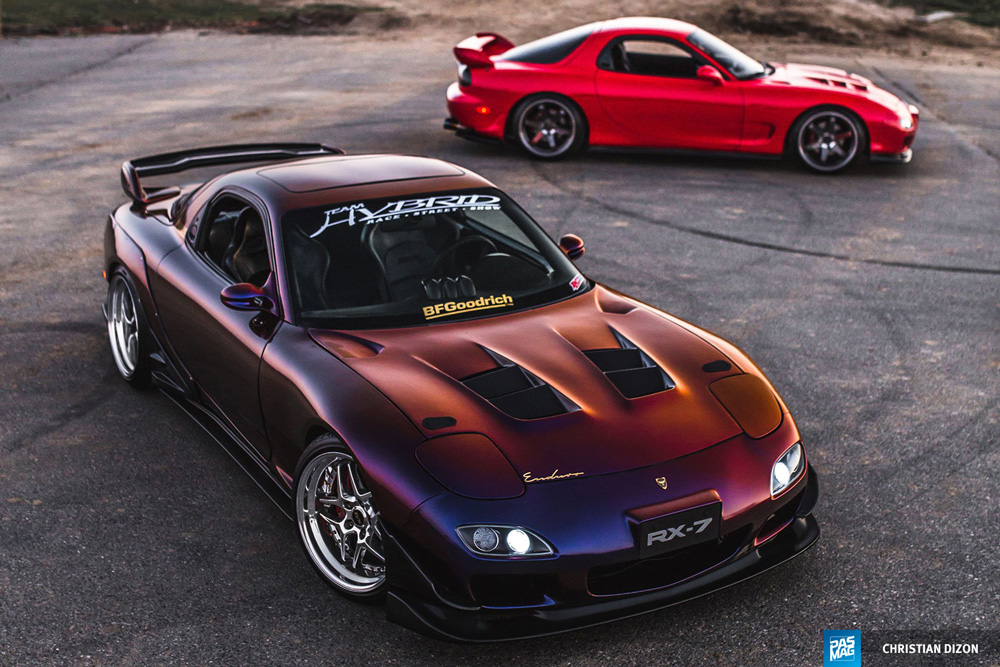 Take a look at the two RX-7s before you. Each of them unique in their own right, and each one with a vastly different approach from the other. The most common feature between the two, other than the platform of course, is the owner’s commitment to clean execution. In red, you have Andrew Ilbegi’s 1993 Mazda RX-7 - a true to form period correct FD RX-7 with all sorts of JDM goodies and a simplistic yet effective styling approach. In the purple chameleon finish, John Ubalde’s 1993 Mazda RX-7, an LS-swapped beast of a machine with a blend of old and new takes on modification.

Both of these builds can easily take home the hardware at shows, and while I’m sure most of our readers will have a preference for one or the other, neither of these builds is “better” than the other. There’s an important lesson there: build what you like. It’s easy for enthusiasts who don’t care about shows and awards to do that, but it goes for show car guys too. If you focus on the end product and the execution of the whole build, there are no wrong answers. 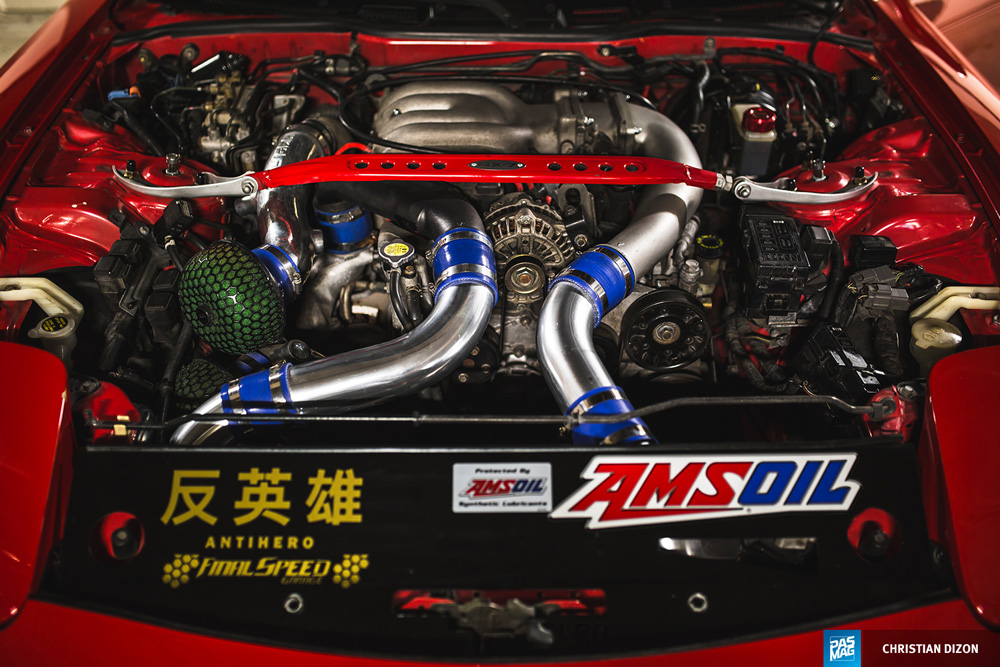 Ilbegi’s RX-7, the red one, was built with a simple goal in mind: a subtle and sleek look. It could have some flashiness to it, but overall he wanted a simple and classy look. When he was growing up and was first interested in cars, he thought he wanted a big GT wing, flashy paint, and a loud exhaust. As he got older, his tastes changed, and his appetite for simple and clean mods took over. With style being his overall goal for this car, he stayed true to the FD’s JDM roots with period-correct modification inside and out. If you know what you’re looking at, it definitely turns heads. 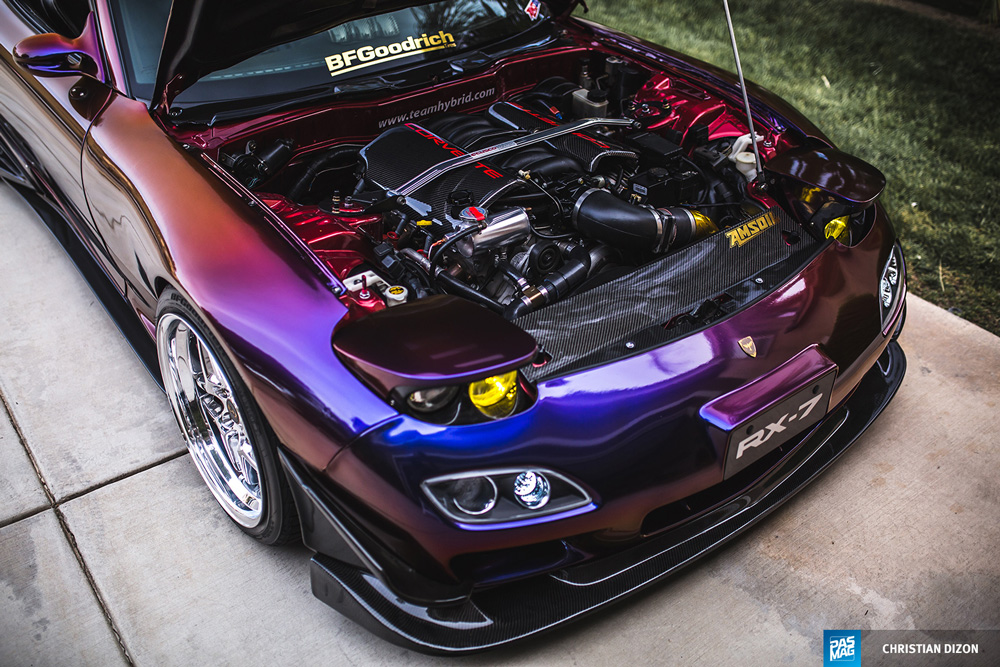 Ubalde’s RX-7, the purple chameleon colored one, is the “beast” in this Beauty and The Beast tale. A built LS-swap with launch control, custom step-lip built Blitz 03s, a Fortune Auto Air Piston Lift System (APLS), and aggressive styling are just some of the modification mainstays of the build. Ubalde still loves the original lines and period-correct goodies, but he knew he wanted to turn things up a notch. With a rotary RX-7 already in his garage, he picked up a clean LS-swapped FD for long distance cruising, high torque, and ease of maintenance.

With the RX-7 in his clutches, the LS was given a full once-over by Hinson Supercars, and they outfitted it with everything from Patriot 706 stage 2 heads and a cam to an LS6 manifold and a Holley Sniper throttle body, with a ton of supporting mods to make power reliably. With a T56 transmission, Hinson Motorsports provides the short shifter, as well as braces for the transmission and differential. Instead of wheels out of the box, Ubalde had a set of Blitz 03 wheels custom built with a step-lip conversion to take them from 17s to 18s, which are 10.5 inches wide in the front, and 11.5 inches wide in the rear, fitting nicely beneath the FEED +20mm fenders front and rear. 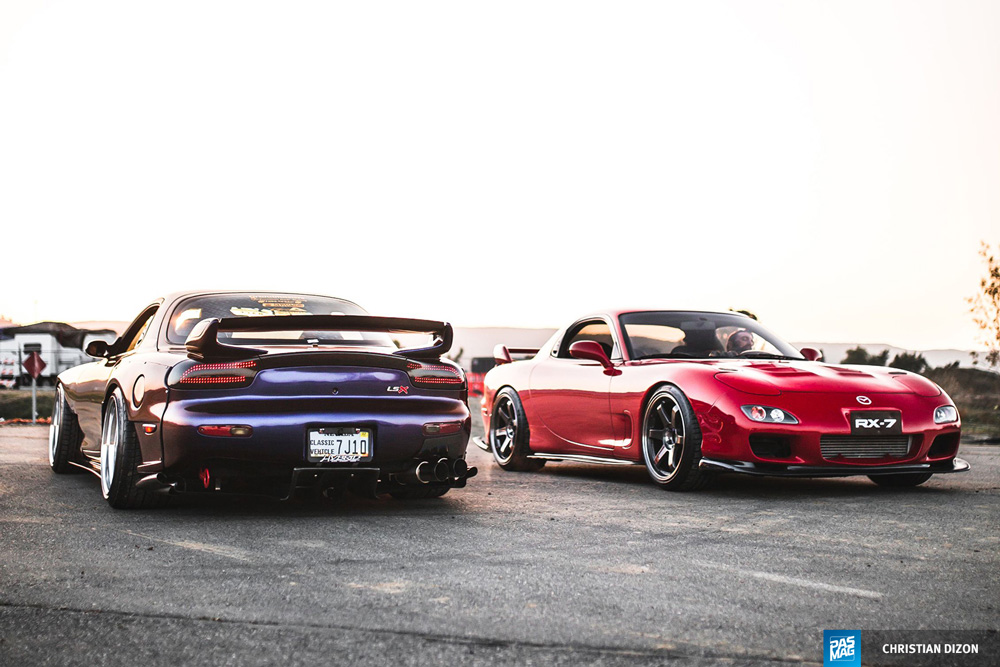 For all their differences in engineering and style choices, the two RX-7s still share some similarities. That 1999-spec front bumper is an iconic favorite among FD owners, so we’re not surprised to see it on both of these 1993 models. RE-Amemiya is a popular choice for the platform as well, as you can see here. Again, it’s not about how good your personal concept is - it’s all in the execution. The result of the hard work from both owners is a show-worthy RX-7 that doubles its duties as a reliable, stylish, and fun street car. It just goes to show you there’s more than one way to get it right.

As featured in PASMAG Issue #166. Click Here to order. 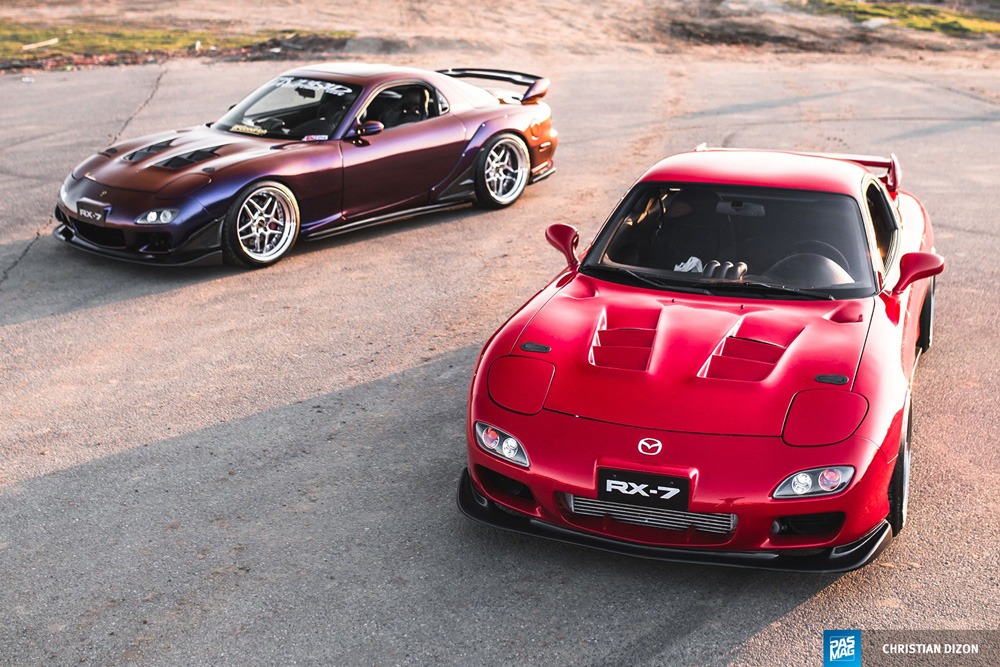