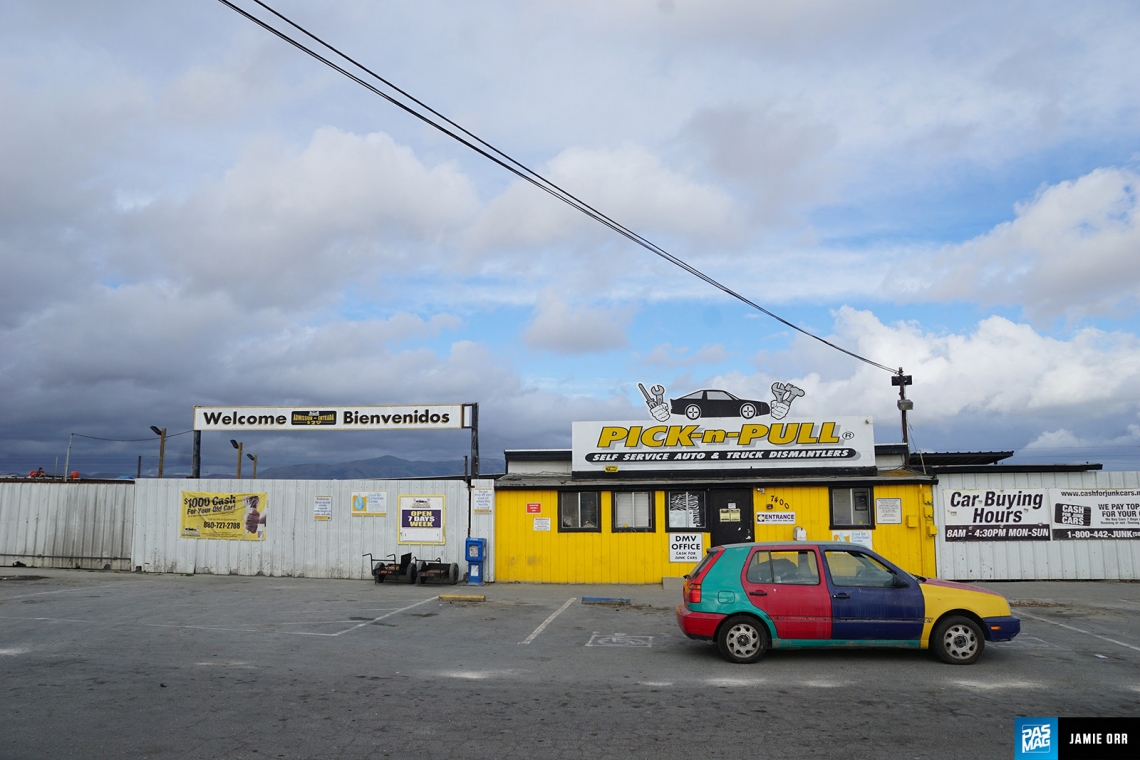 The Golf Harlequin edition, sold in 1996 and limited to approximately 264 vehicles, remains one of Volkswagen's strangest and rarest cars offered. When one appeared in a junkyard in San Francisco, California, the internet rushed to save it. Whilst it slowly got picked apart until only a sad carcass remained, Pennsylvania-based Jamie Orr continued to negotiate for its release, and after eight weeks of trying, was finally able to fly to its rescue. 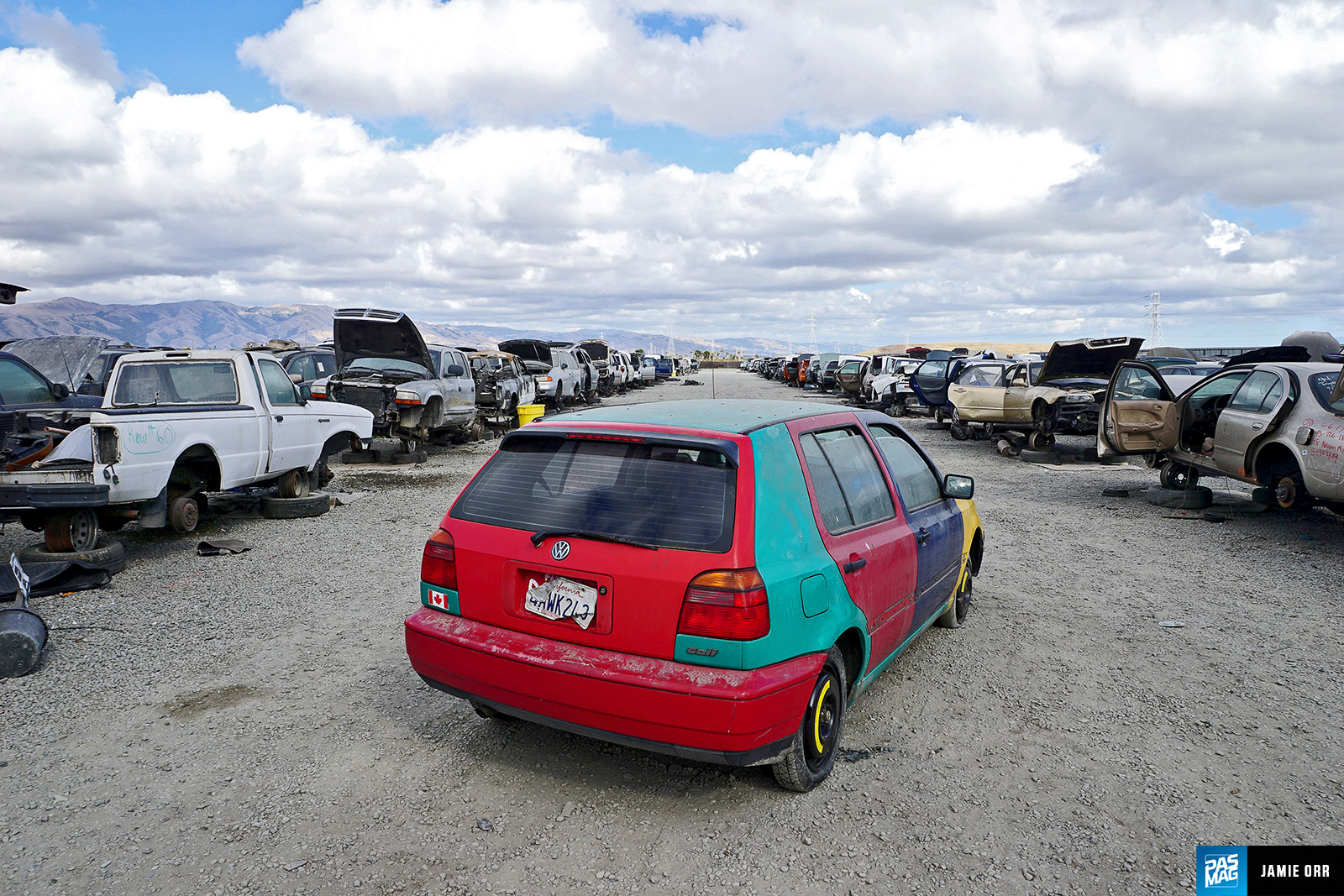 Armed with two suitcases loaded with spare parts, such as a new oil pan, catalytic converter, down-pipe, and as many tools as would fit within the weight allowance, he flew 3,000 miles to attempt to not only fix, but to also attempt to drive the car back home. All within a time limit of five days. 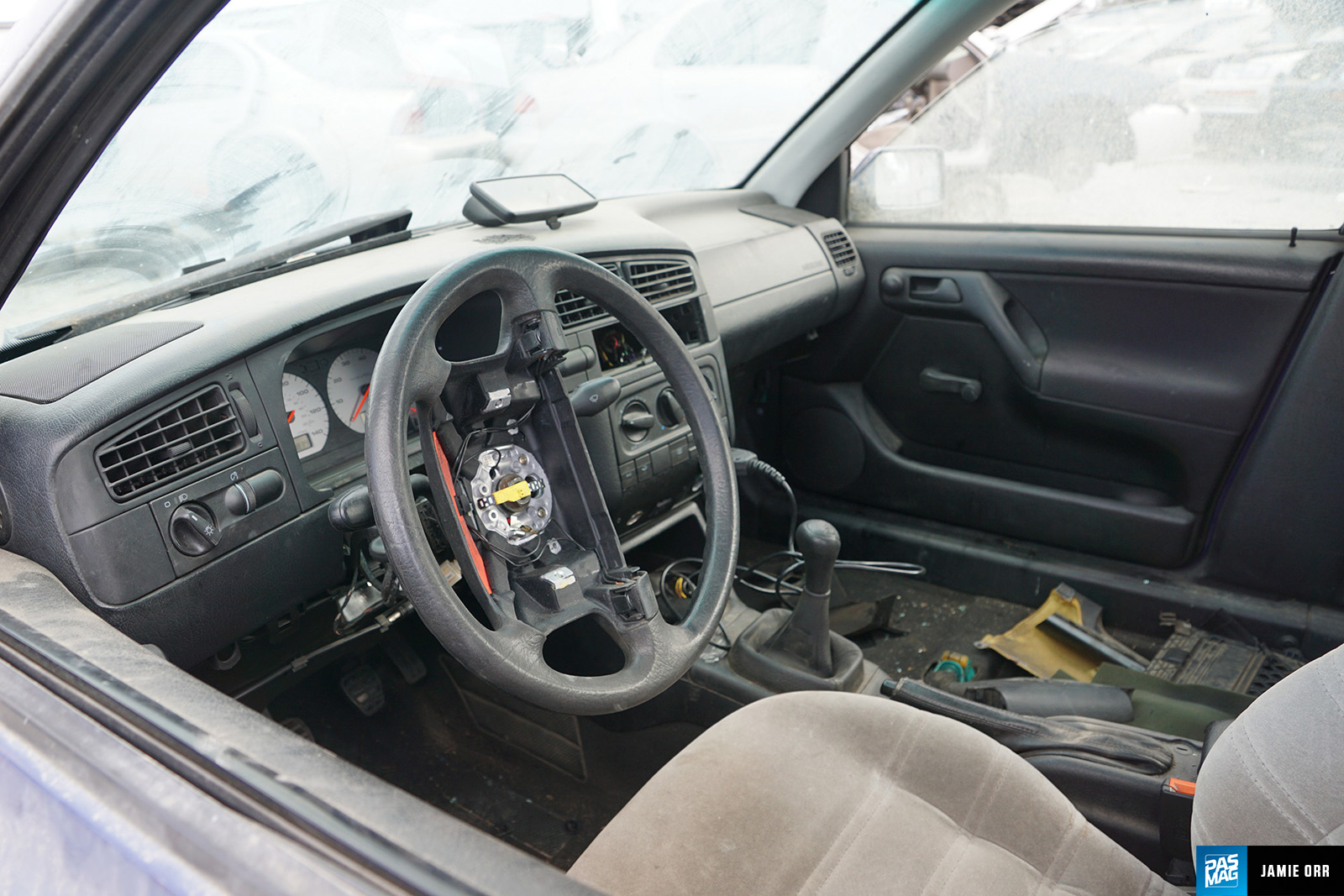 At the junkyard on a windy Sunday in June, he was joined by a dozen local VW enthusiasts, and this impromptu group toiled for eight hours to revive the MK3 Golf. Replacing the punctured fuel tank, fluids, interior, rear hatch, and more. With minutes left until the yard closed, the revived Harlequin was fired up, and was able to be driven out of the scrap yard, albeit with no exhaust system and a lot still to do. 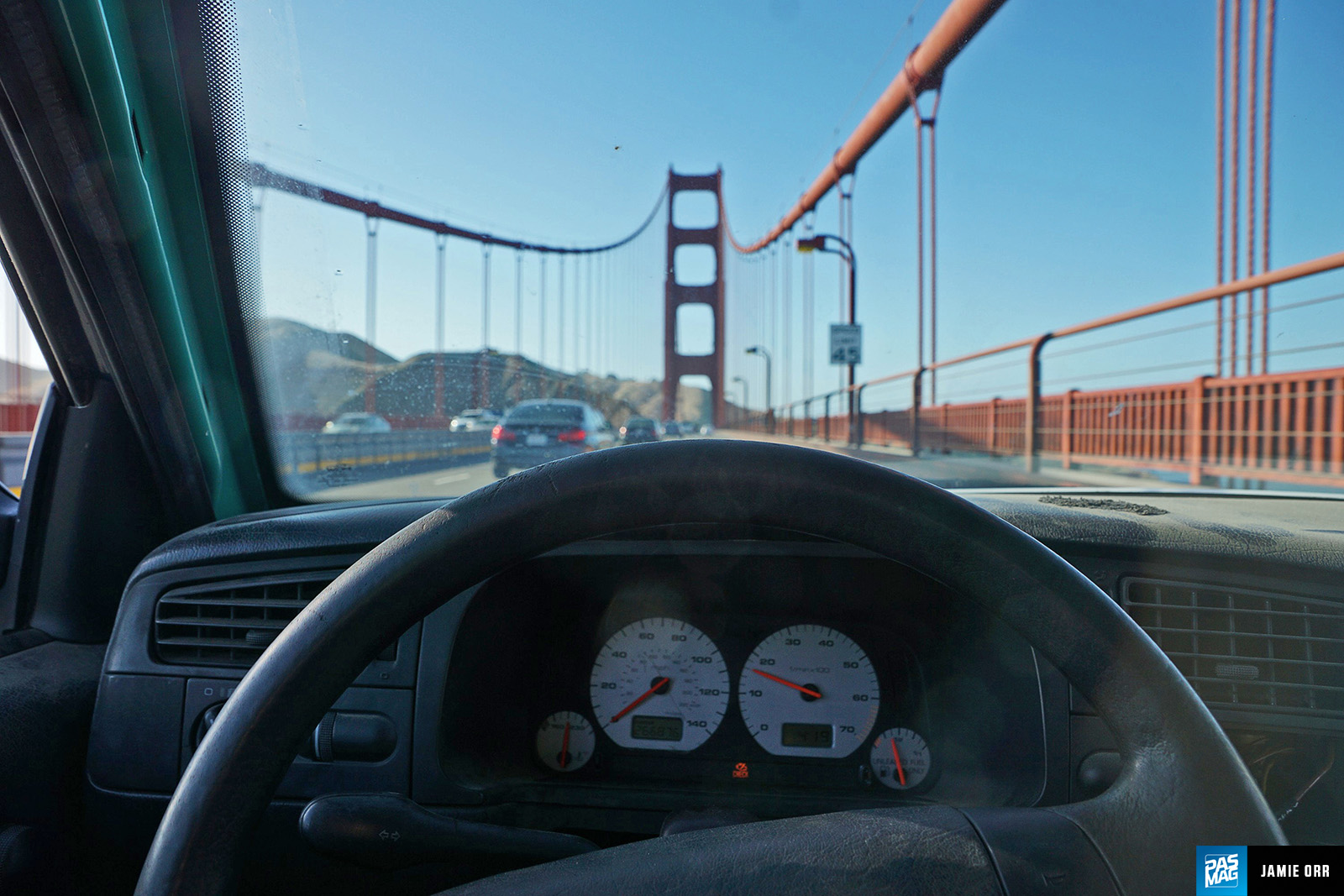 The next morning the replacement catalytic converter, along with O2 sensors, and new exhaust pipes were installed, and the car was ready for some sightseeing. Historic sites visited included the Golden Gate Bridge, Pacific Coastal Highway, and the national treasure that is the house from Full House. Jamie was at this point joined by Chas L., from New Jersey, who would be assisting with what would come next. 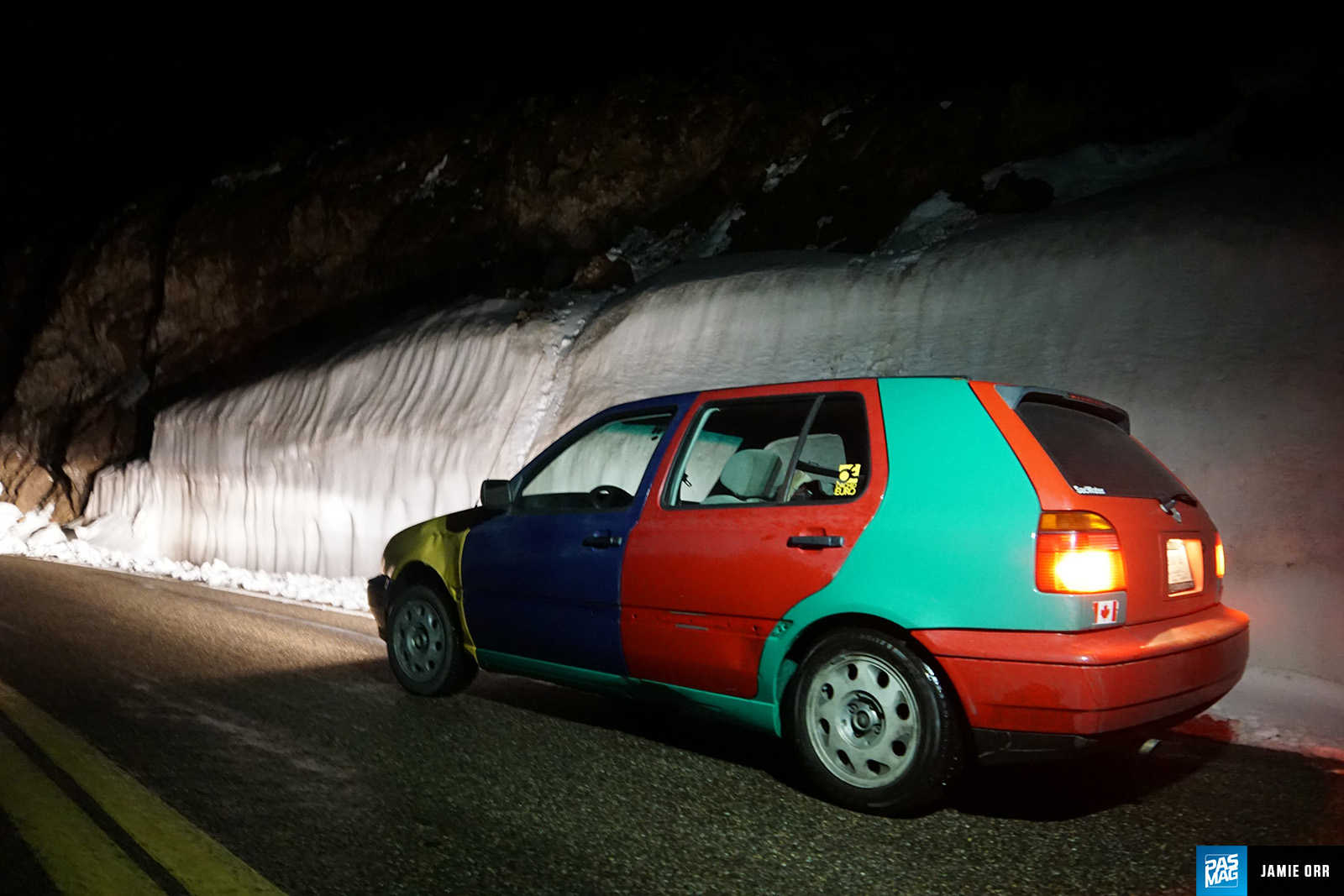 Leaving the Bay Area on Monday afternoon, the pair drove to the Sacramento area, where a last minute get together with local VW owners was held in a Walmart parking lot. From there it was a non-stop overnight drive to the Bonneville Salt Flats, and then onto Utah, where the pair turned to head north. One person would sleep while the other drove, with no hotels used during the drive. A quick stop in Yellowstone National Park turned into a mini-adventure, as the car developed a small misfire after visiting the Old Faithful Geyser. Thankfully, a stop for dinner with local friends in Minnesota got the car running in top shape again. 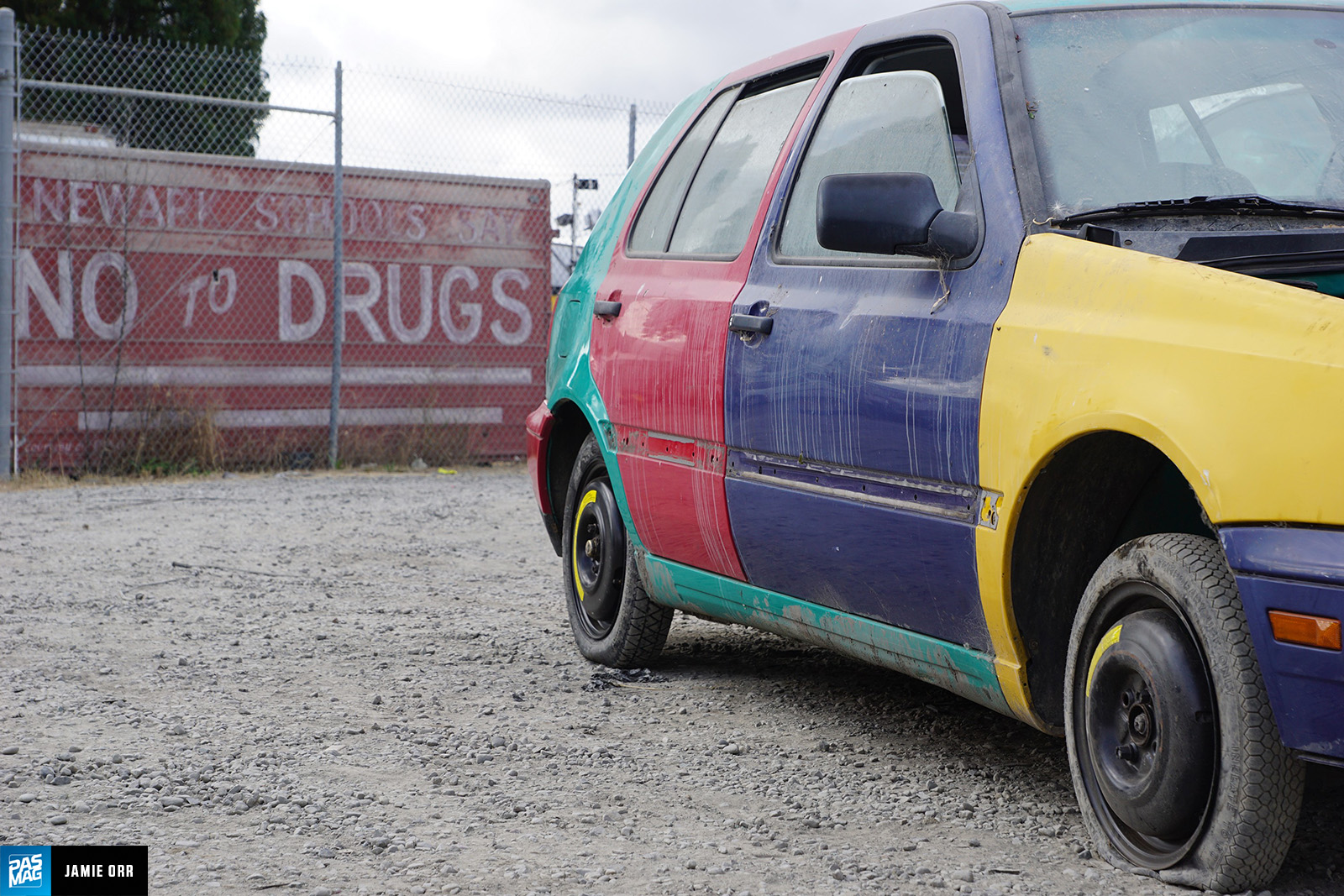 With regular updates broadcast via Jamie's Instagram account, people from around the world had some desk job escapism, and offered support and assistance. Stories were published in Australia, the Czech Republic, Brazil, and the USA, including articles by Top Gear and Jalopnik. 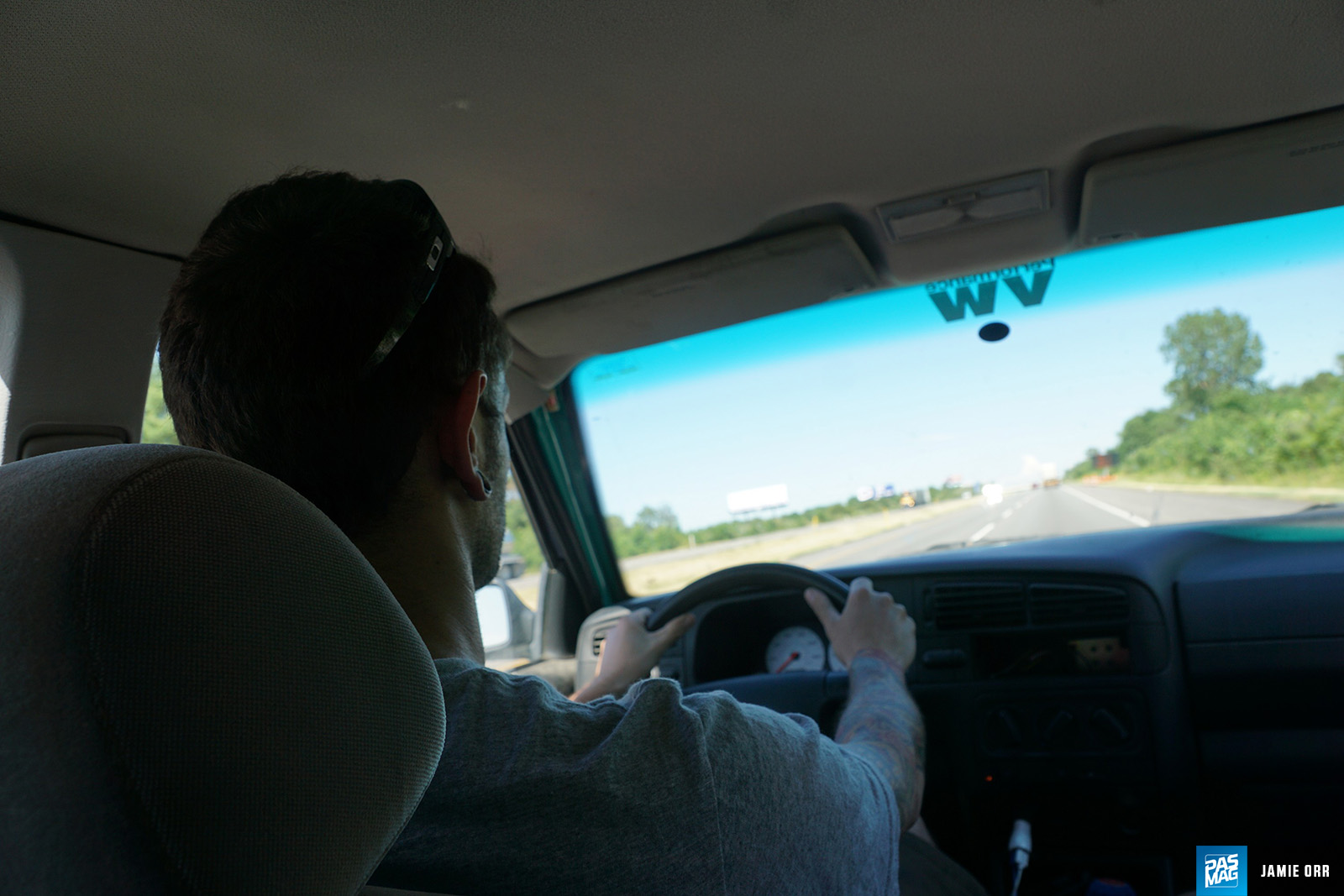 From Minneapolis, only around 2,000 miles of driving remained, with Minnesota, Wisconsin, Illinois, and the long eastern states being ticked off the list one by one. In the end, Jamie made it back to the Orchid Euro shop several hours under his five day target, with the Harlequin driving smoothly for the non-stop final 36 hours. Now home in Pottstown, Pennsylvania, the future of the car is safe, although the decision about how far a restoration will go is still be decided.

The car appears at the 2017 edition of Waterfest in Englishtown, New Jersey, just as it left the junkyard, and can be seen at the Orchid Euro booth. 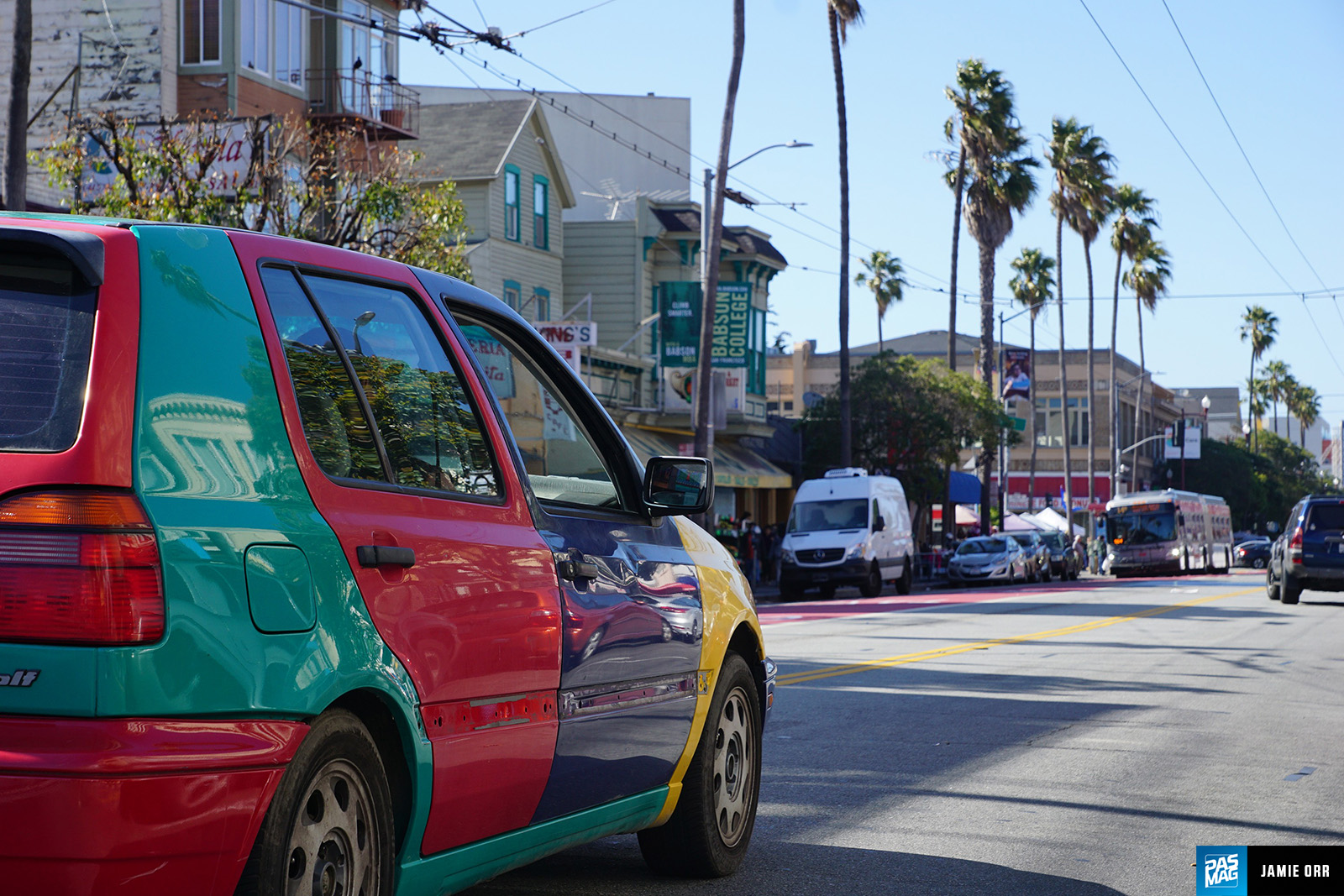 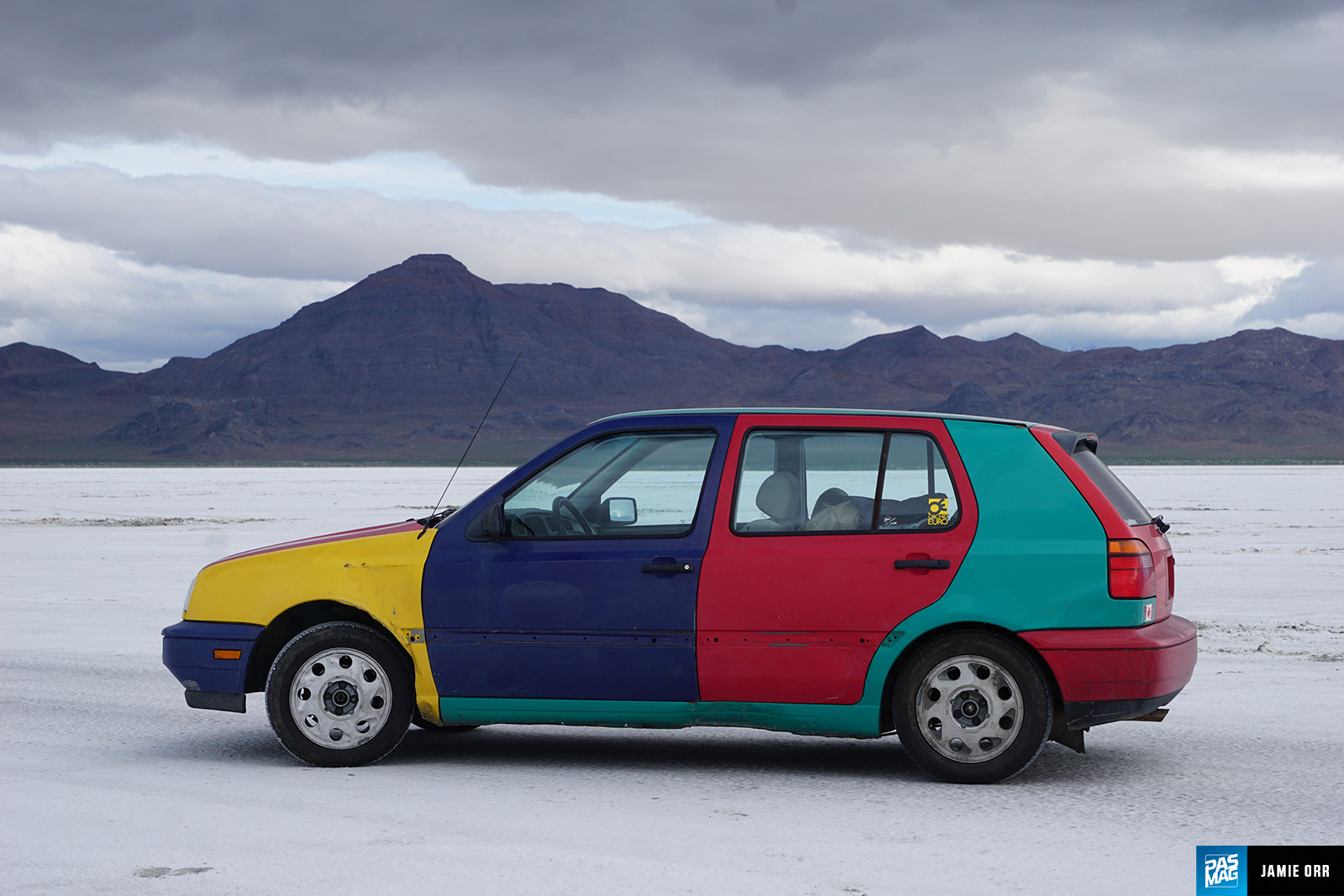 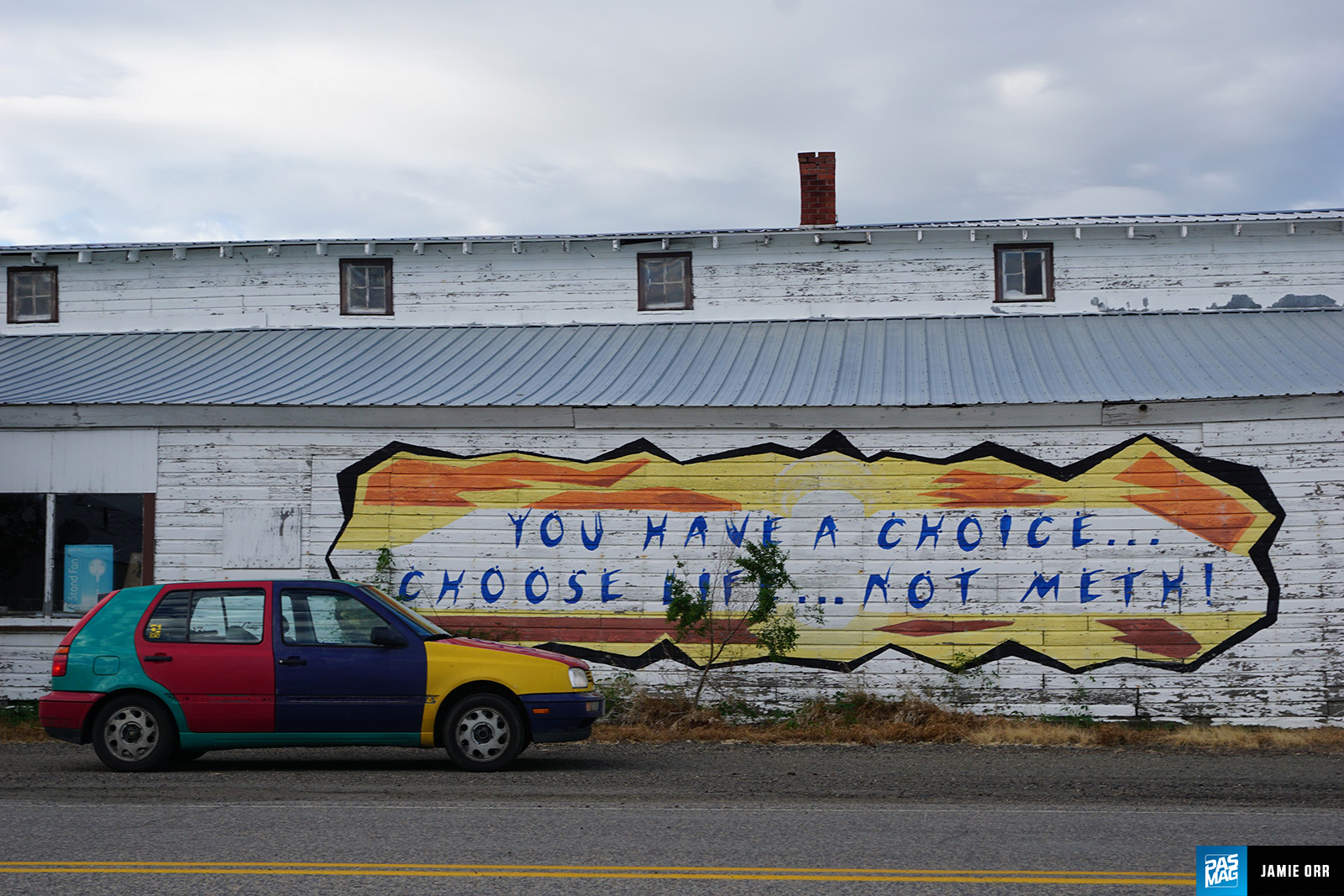