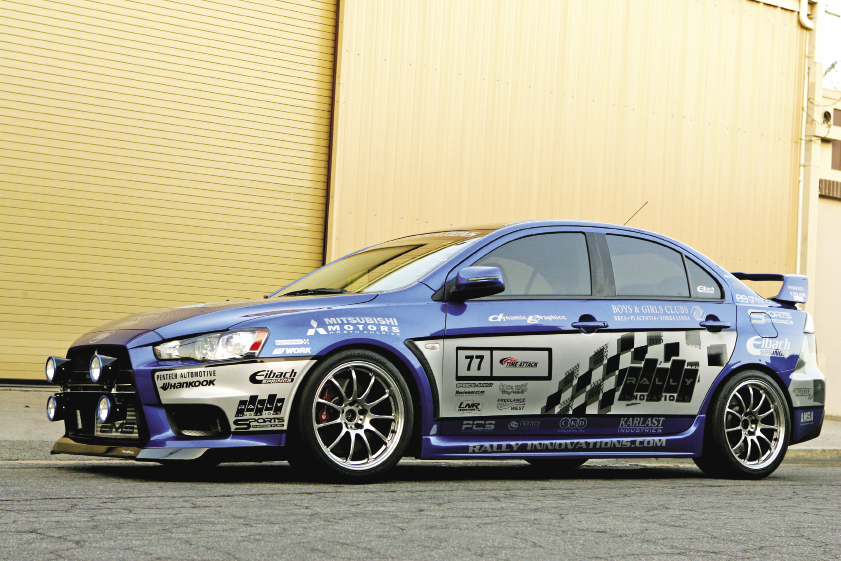 Rally Innovations has built a reputation for innovative products and stylish designs. Composed of a team of long time car and rally enthusiasts the shop boasts over a decade of experience in the field. Their mission statement is clear: to provide well-designed quality products which provide the utmost functionality when pushed to the limits. While Rally Innovations has a wealth of products for Subarus and Mitsusbishis, they have branched out their product line to include: Ford, Mazda, Nissan, Mini and more recently, Hyundai.

They also carry over this same philosophy to every shop build that they prepare. While customer builds are their top priority, they have built a number of cars to promote their business. Owner John Peñano has built a number of cars in his day, including: ‘91 Civic Si, ‘91 Honda CR-X ZC Turbo, 2000 Subaru Impreza RS Rally a 2010 Mitsubishi SportBack Ralliart and 2010 KIA Forte. However, this build was something special. He wanted to put his all in to what many call the best Evolution model ever, the Evo X.

The car started life as a regular 2008 Mitsubishi Evo X and was chosen due to its inherent capabilities. With about 300hp on tap, the car makes some go but there is so much left in the GDI-equipped 4B11 motor. He took the vehicle to Tarmac Performance in SoCal who fitted the car with the essentials.

A carbon fiber intake was fitted up along with a modified ANSA exhausts system and HKS downpipe. To deal with the increase in hot compressed air, an AMS intercooler was added before the car was tuned out. The Evo was taken to Garage Tuning in Orange, CA and pushed 345whp with 348lb-ft running 96 octane fuel. For added throttle response, they installed a Sprint Booster to eliminate the drive by wire hesitation. 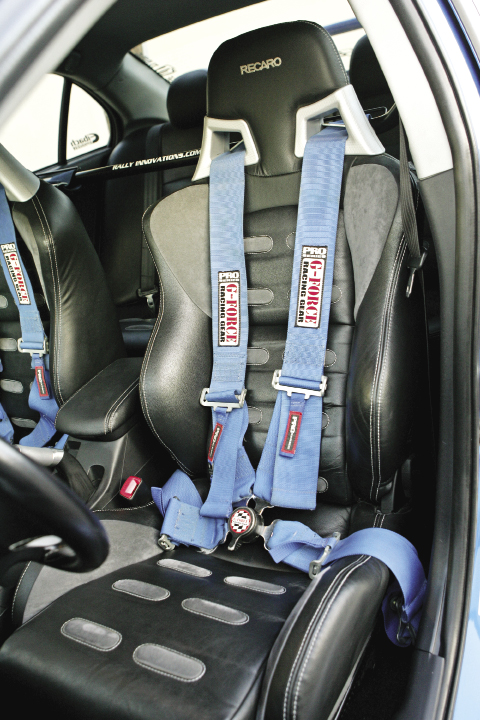 Although the exterior only received minimal touches, the paint was reworked to reflect the corporate colors of the company. Finished in brilliant blue and silver, the car definitely gets noticed. The shell received only an Evo Soul front lip, LED mirrors, a carbon fiber hood and four Baja Designs fogs on a Rally Innovations mount. The stock wheels were removed in favor of Work 11R 18x9.5-inch Emotions running Hankook RS-3 265/35R18 tires. 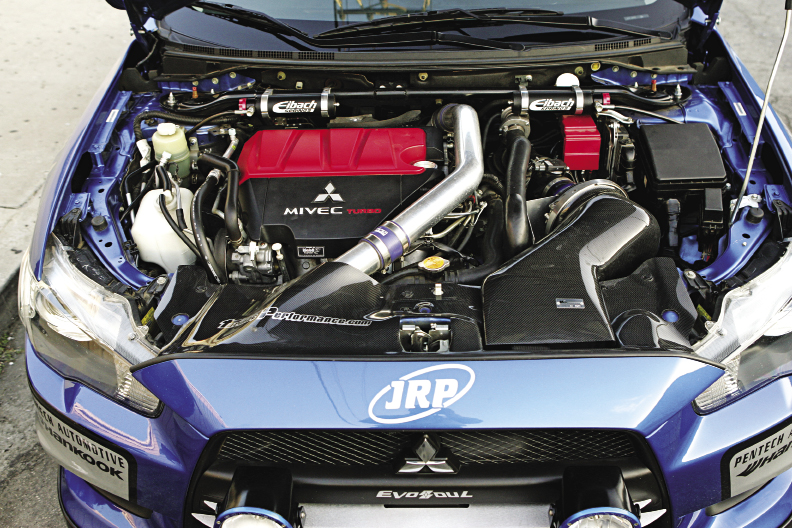 Inside the cabin, a pair of pre-production Mitsubishi Prototype X seats were recovered in leather by Road Wire. The harnesses are connected to Rally Innovations proprietary harness bar which spans the B-pillars. The balance is a handful of Mitsubishi Accessory and Evo Soul aesthetic upgrades.