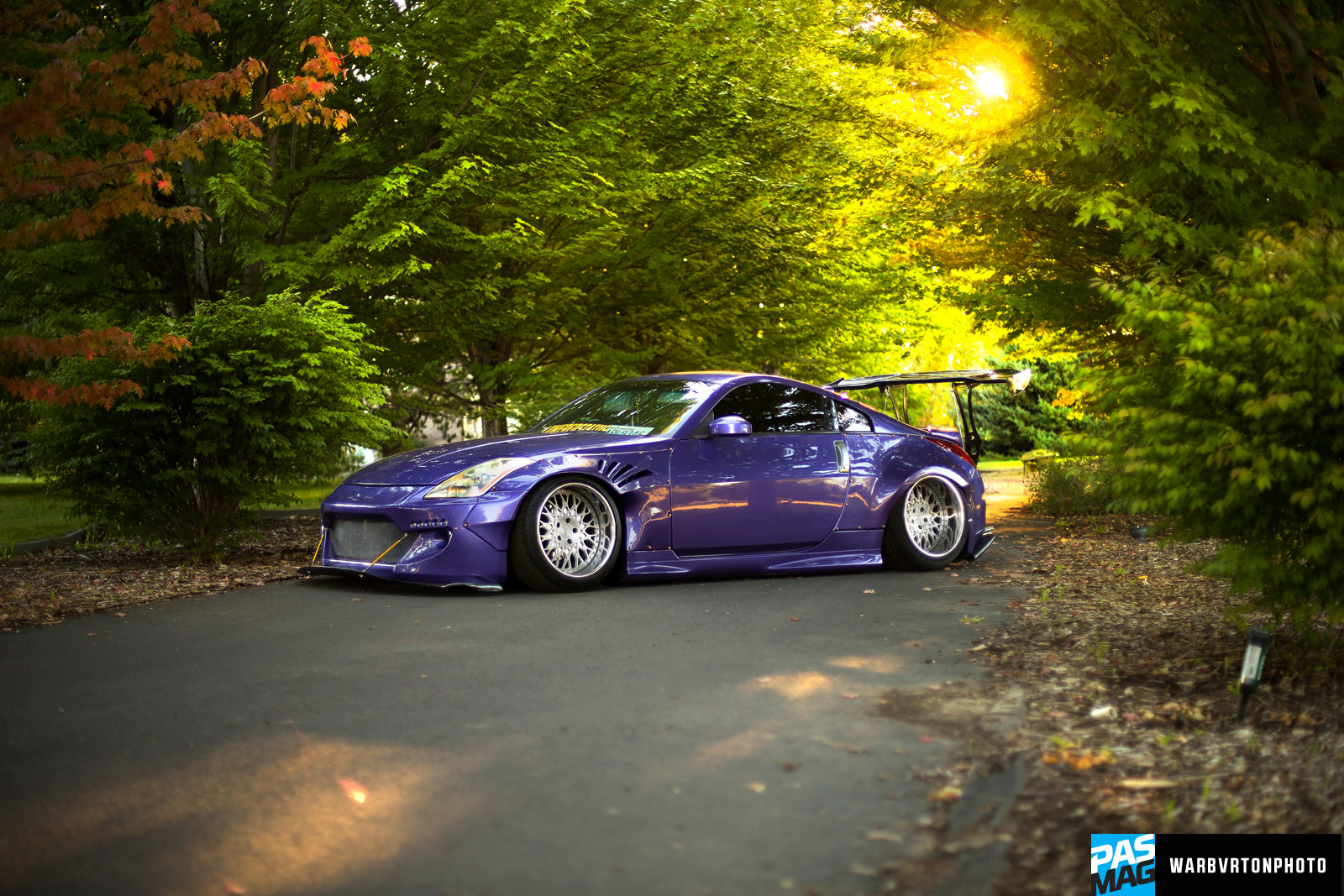 Edgar Cabrera has regarded Nissan’s 350Z as his dream car since he was younger, so it’s only fitting that he was able to build one after all that time dreaming. He knew it was the right platform for him after taking note of the wide variety of aftermarket support. Seeing that there were many possible looks to go with on the platform, he started building his vision.

His high school auto body class gave him the skills he needed to work with, which he practiced on his 1992 Infiniti G20 that he had while attending class. While that car remains his daily driver, the 350Z is a serious project. As daunting as a project of this magnitude may look, Cabrera is happy to tell us that he faced no particularly harsh challenges in the build process. “I always thought a step ahead so once I got to [a problem], I had a solution”, he says.

Styling took inspiration from the Rocket Bunny kit’s debut, with a few unique tweaks of his own to make it his. Cabrera hopes to keep this build functional amidst all its show-worthy goodies. In addition to taking home trophies at shows, he still wants to be able to take it to the track and enjoy it the way it was meant to be enjoyed. That’s a sentiment that resonates with all of us.

He leaves our audience with some advice for building: “Have love and be patient with the build. The more patient [you are], the better the build will come out”. Wise words. 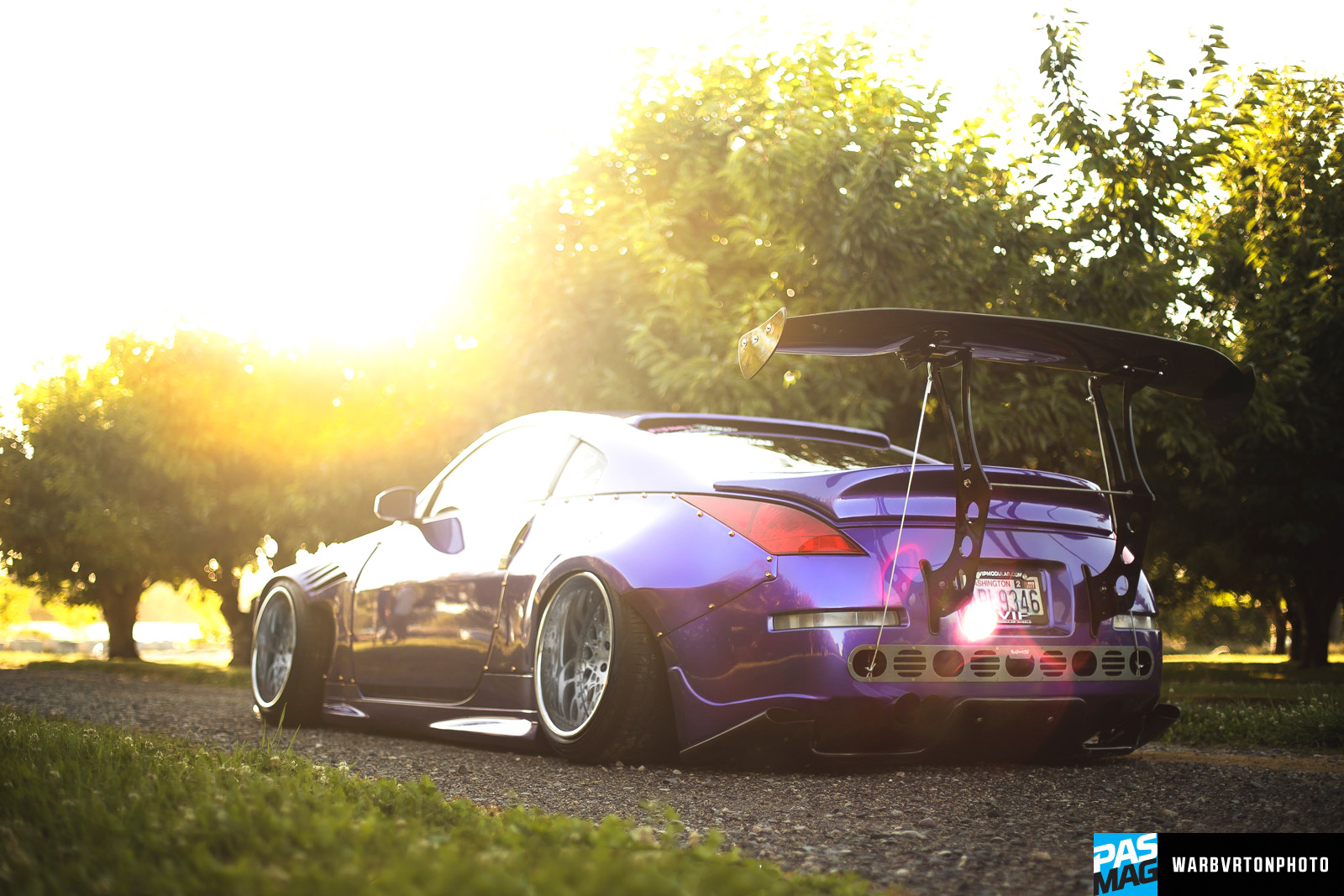 With 58% of the Popular Vote, the winner of the PASMAG Tuner Battlegrounds #TBGLIVE award category at StanceWars: Seattle in Bellevue, WA on July 9, 2016 was Edgar Cabrera with a 2004 Nissan 350Z! 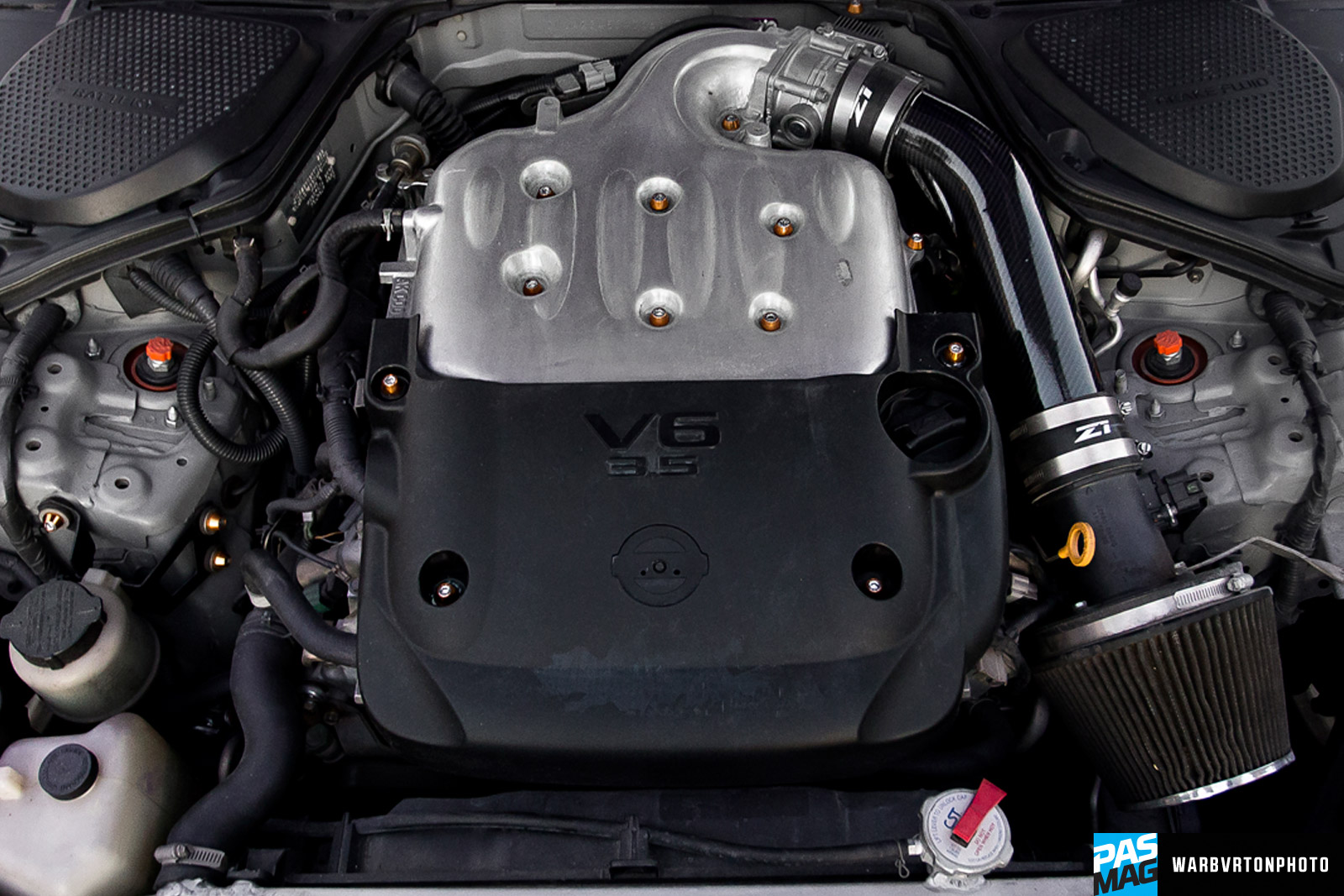 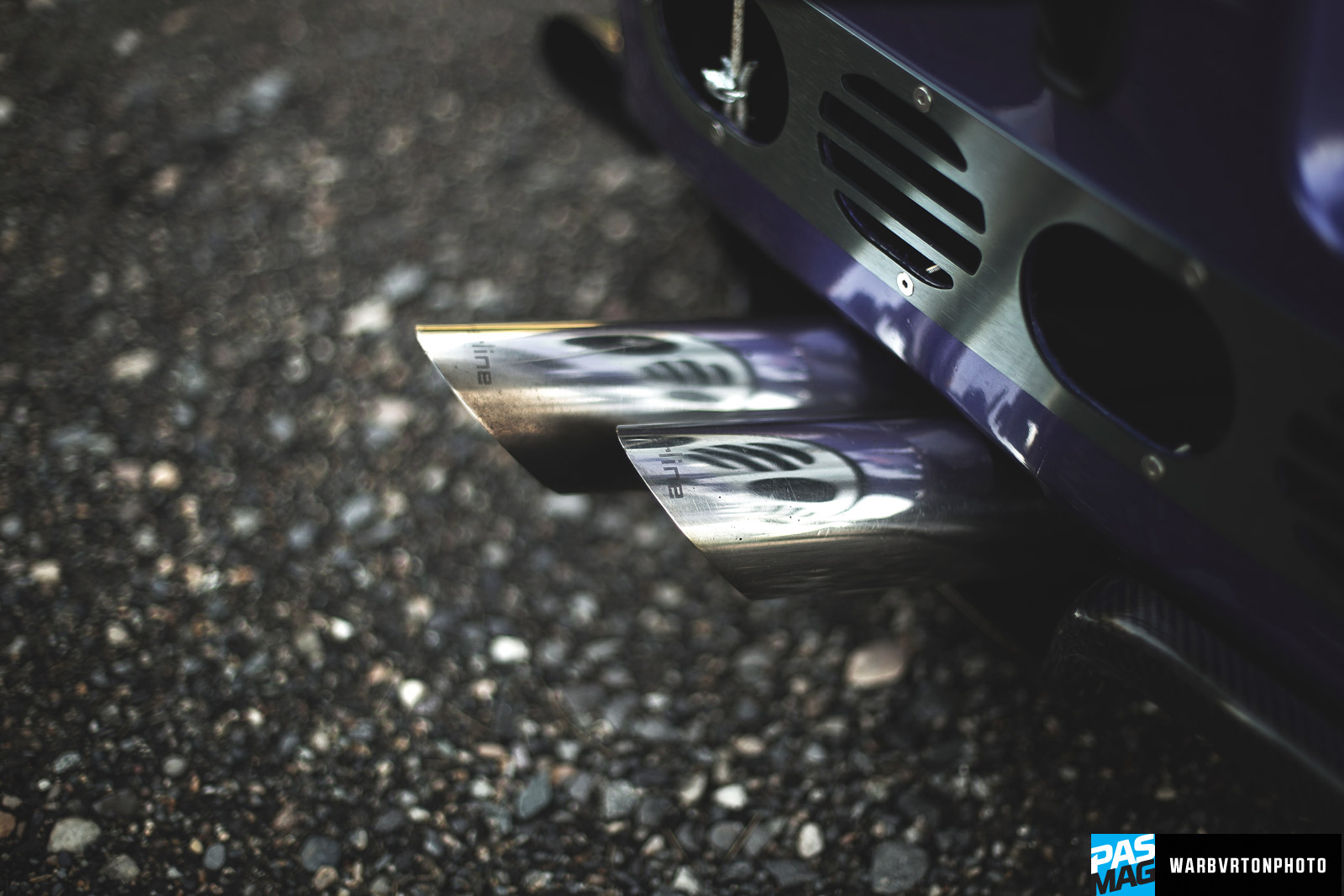 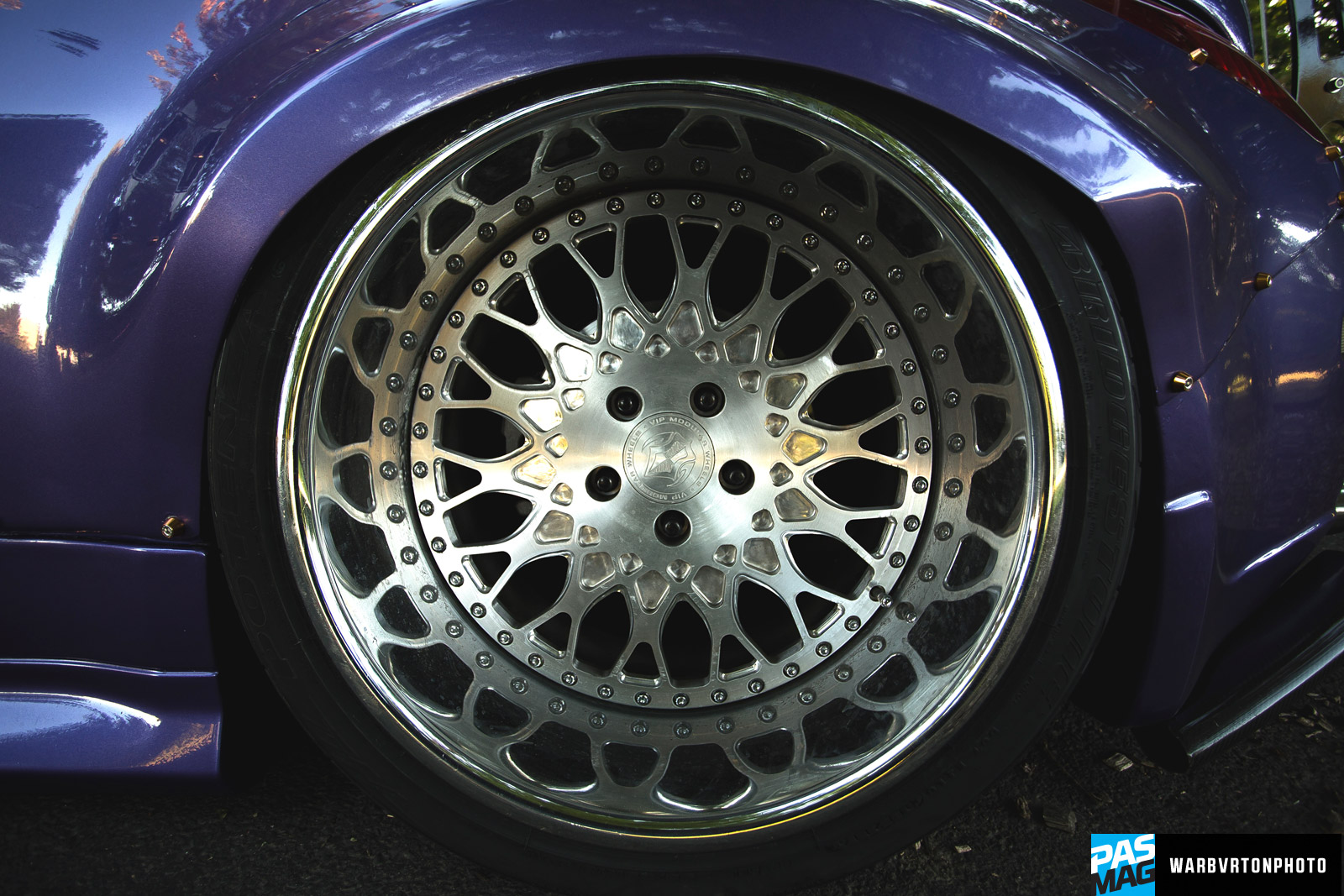 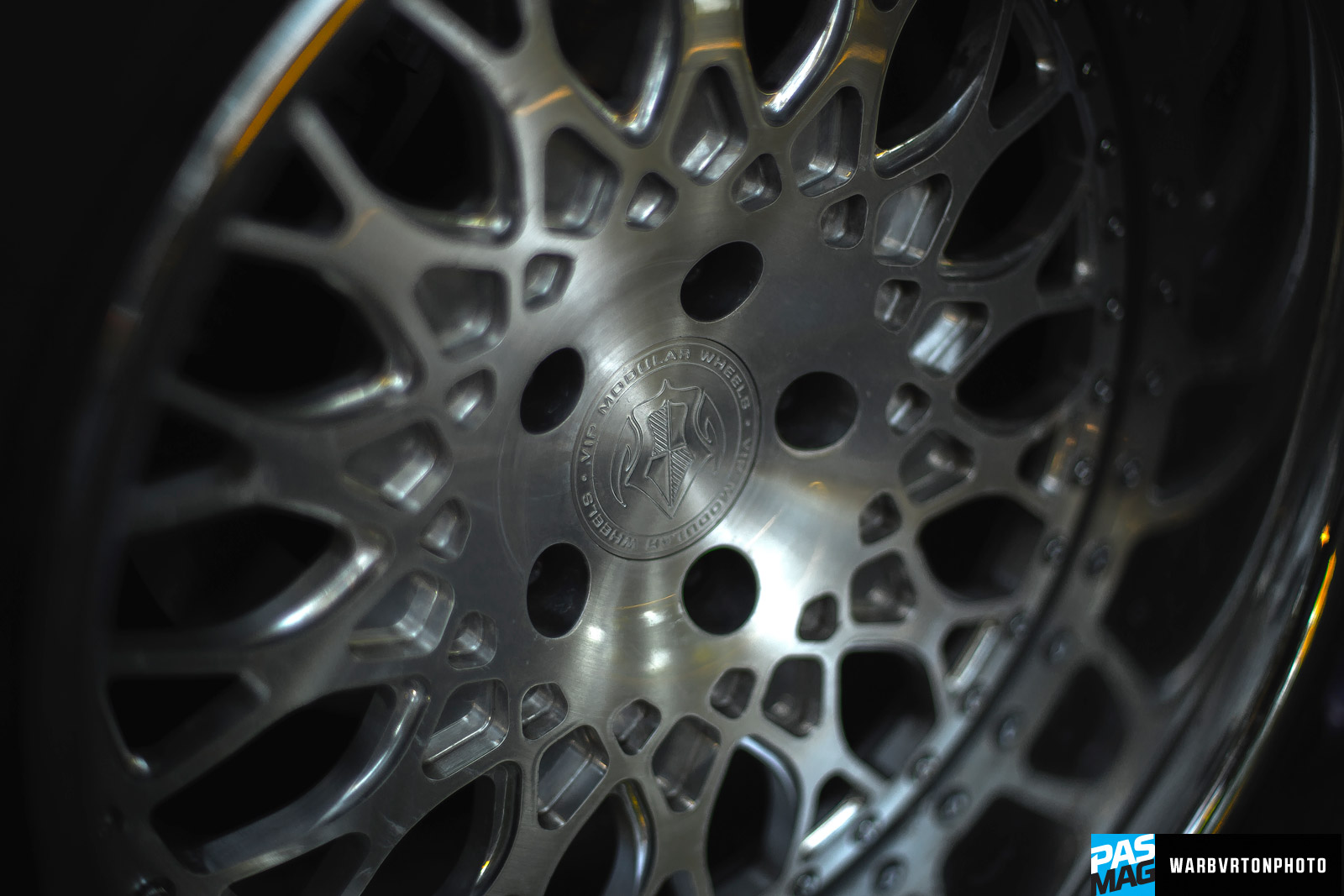 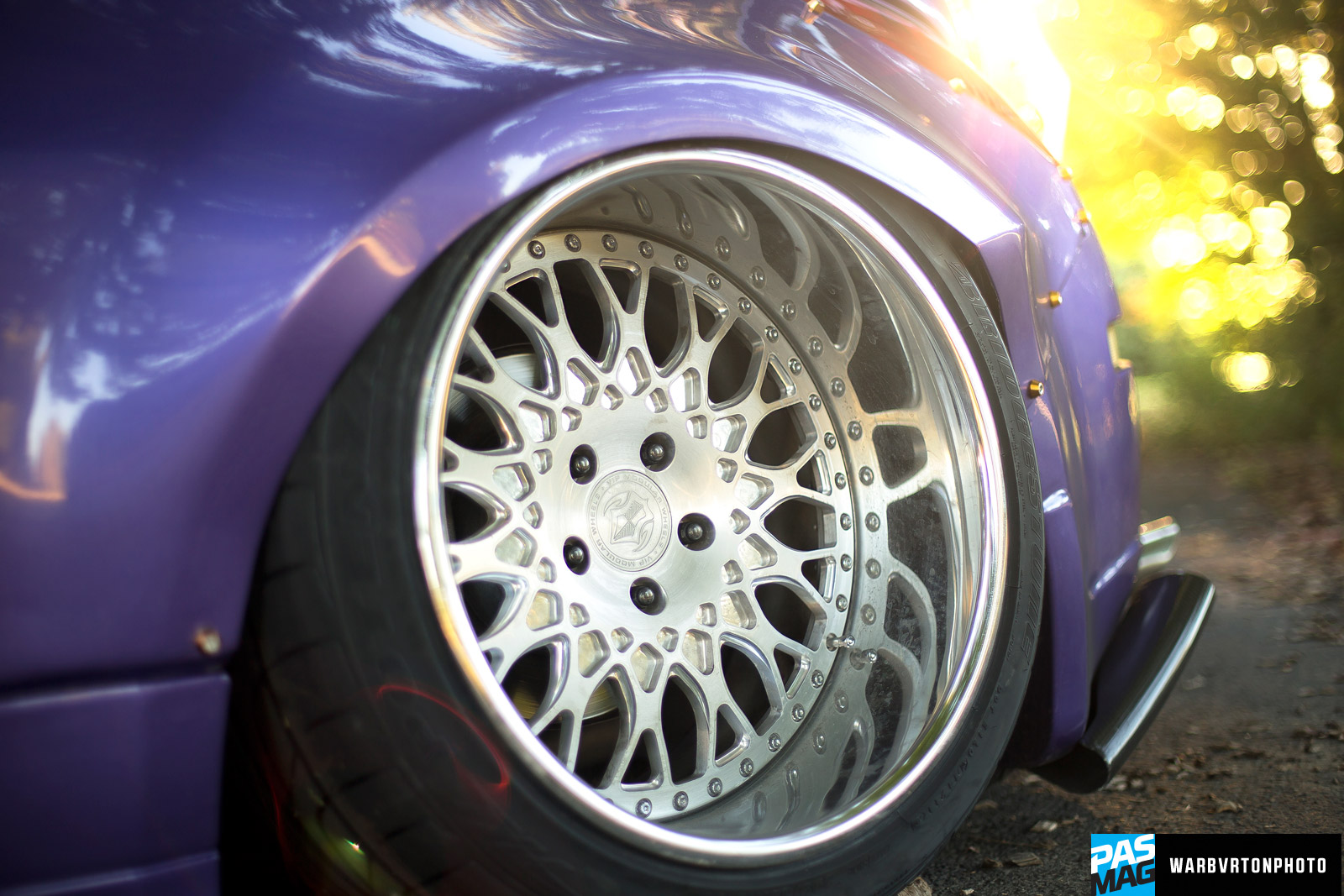 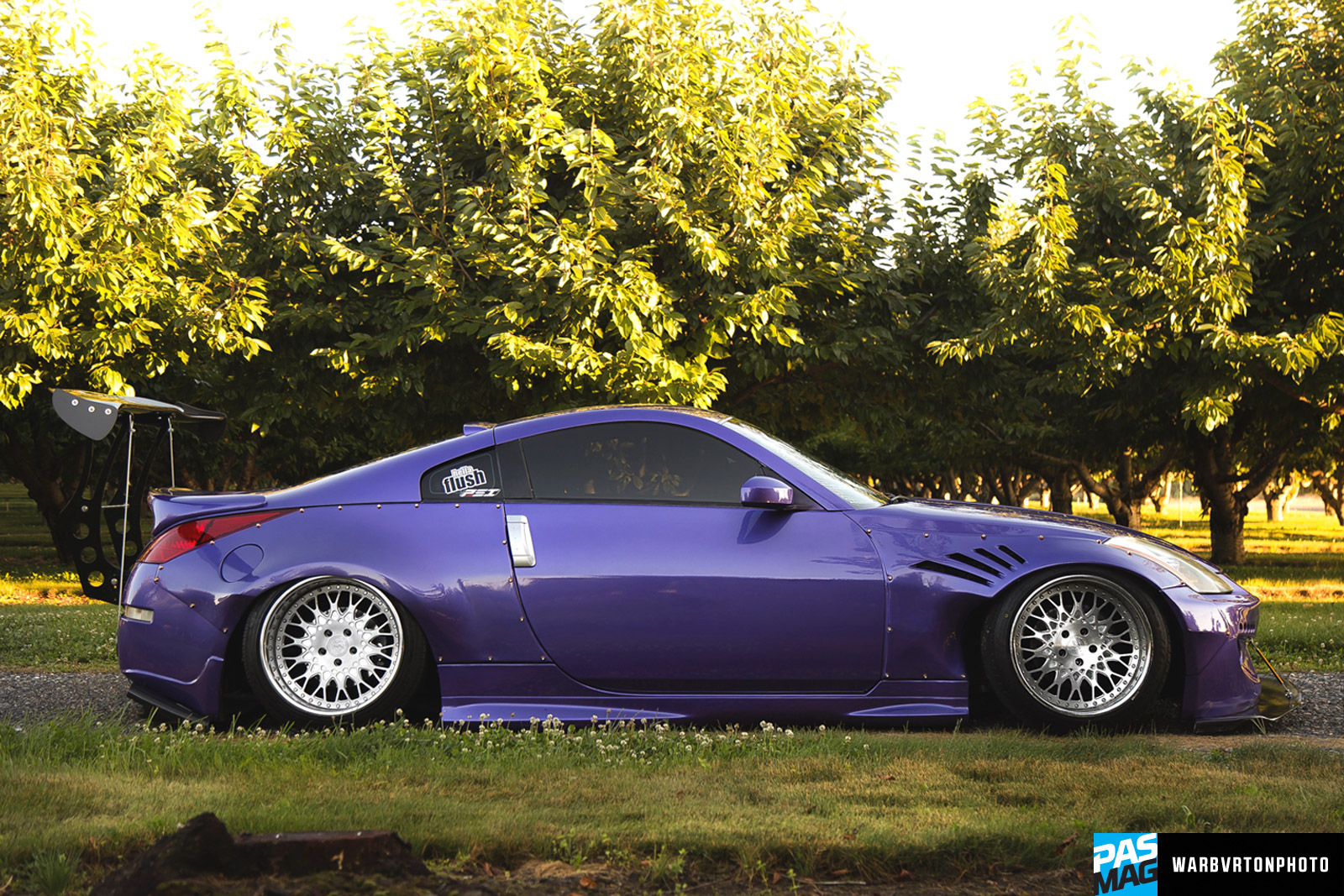 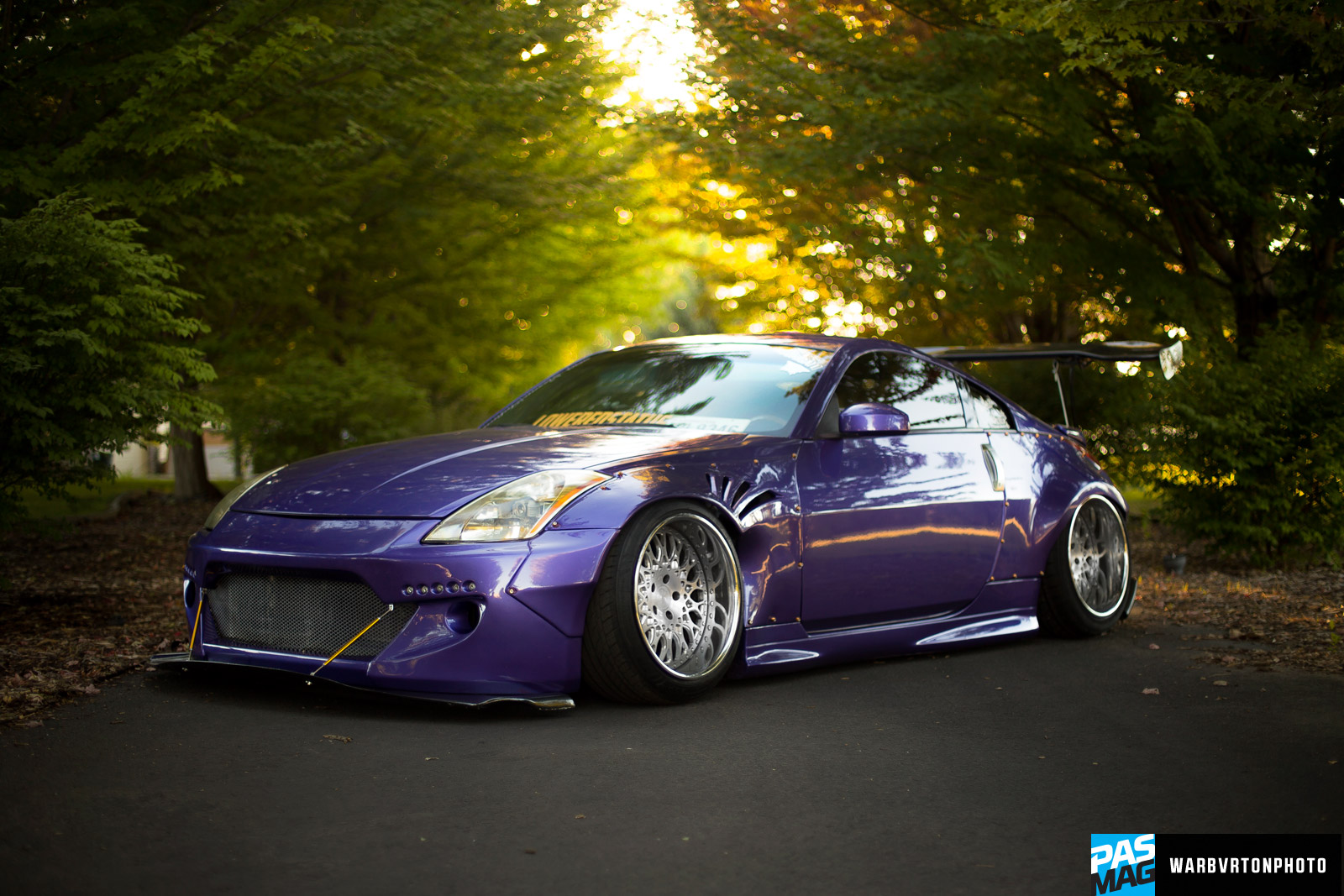 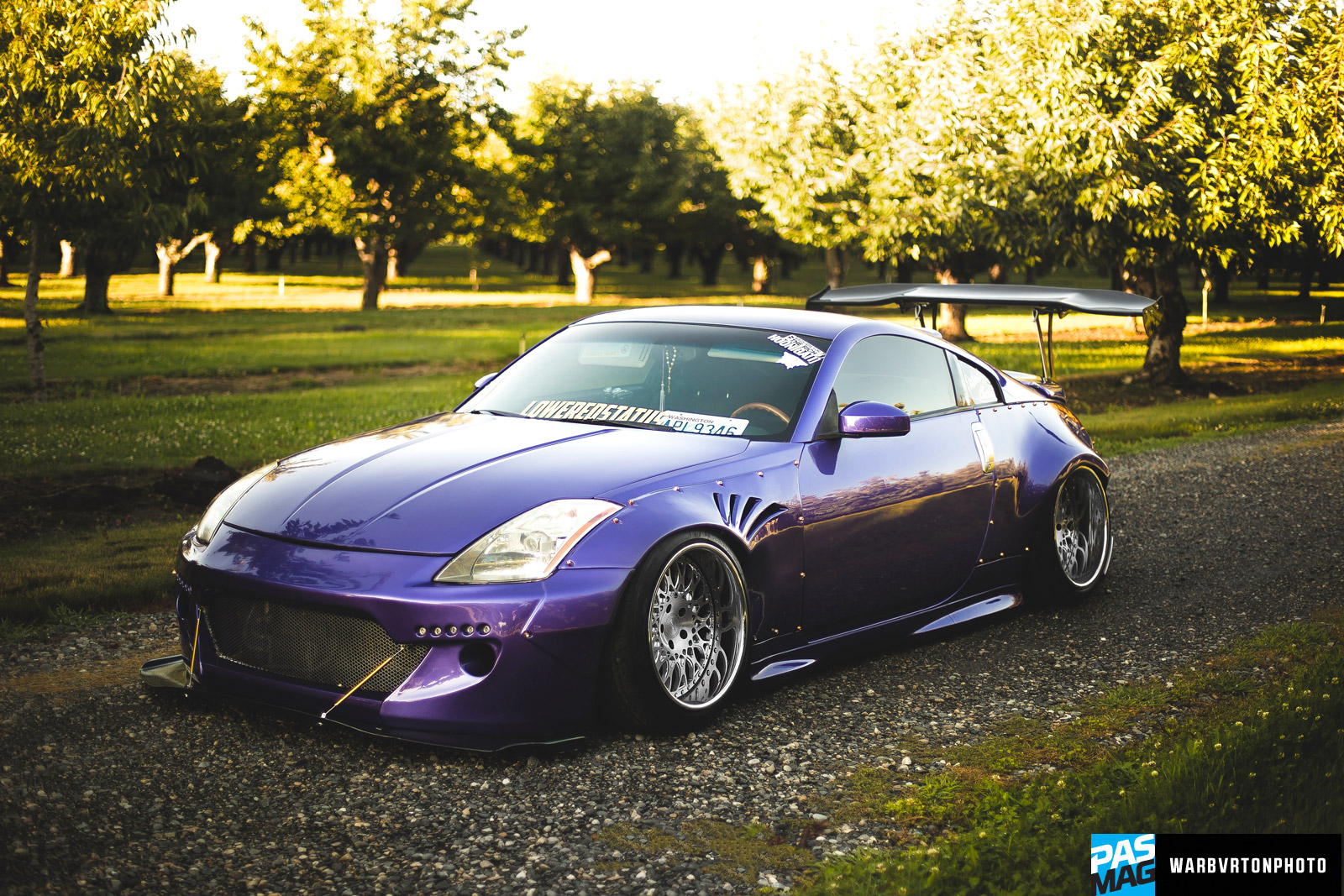 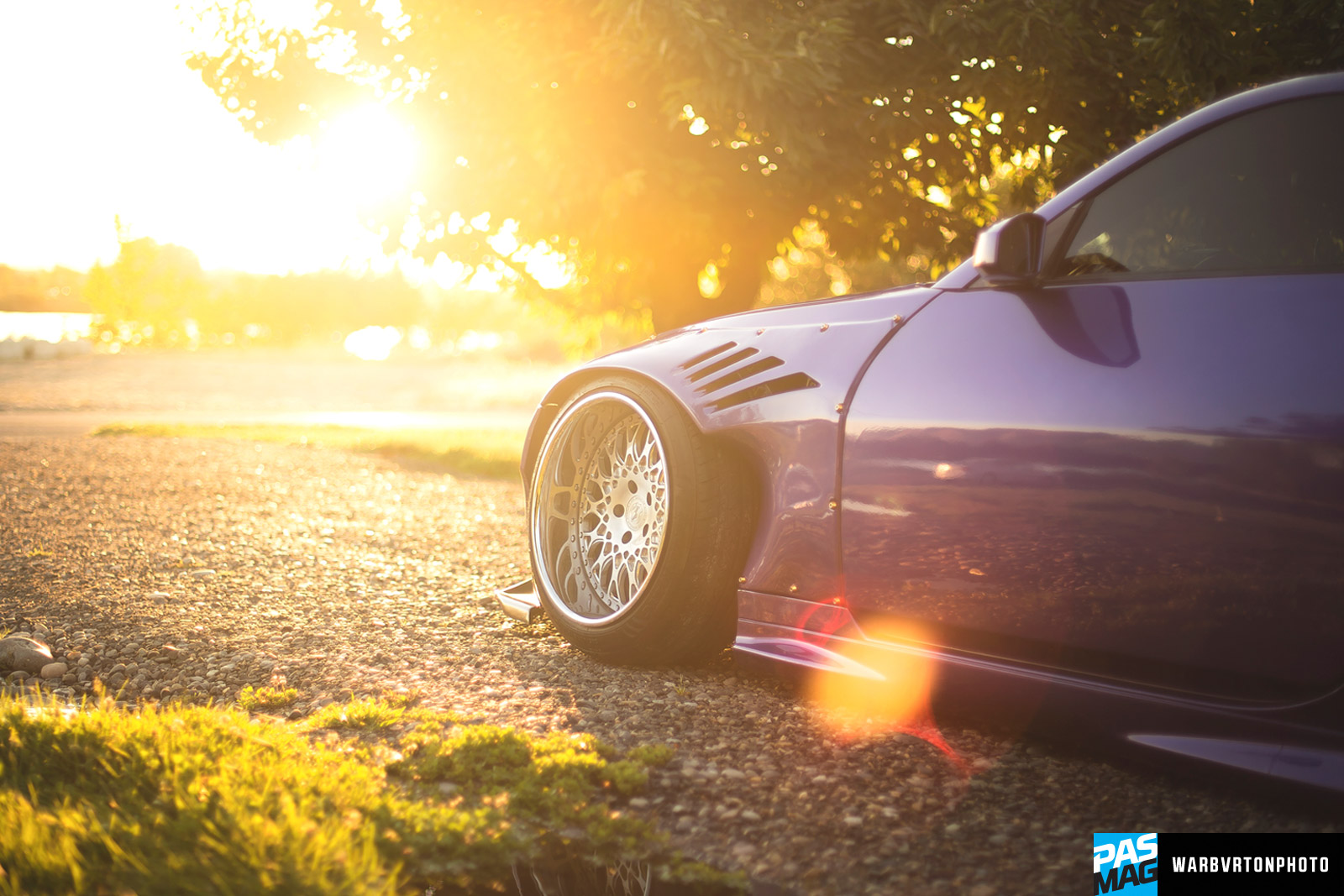 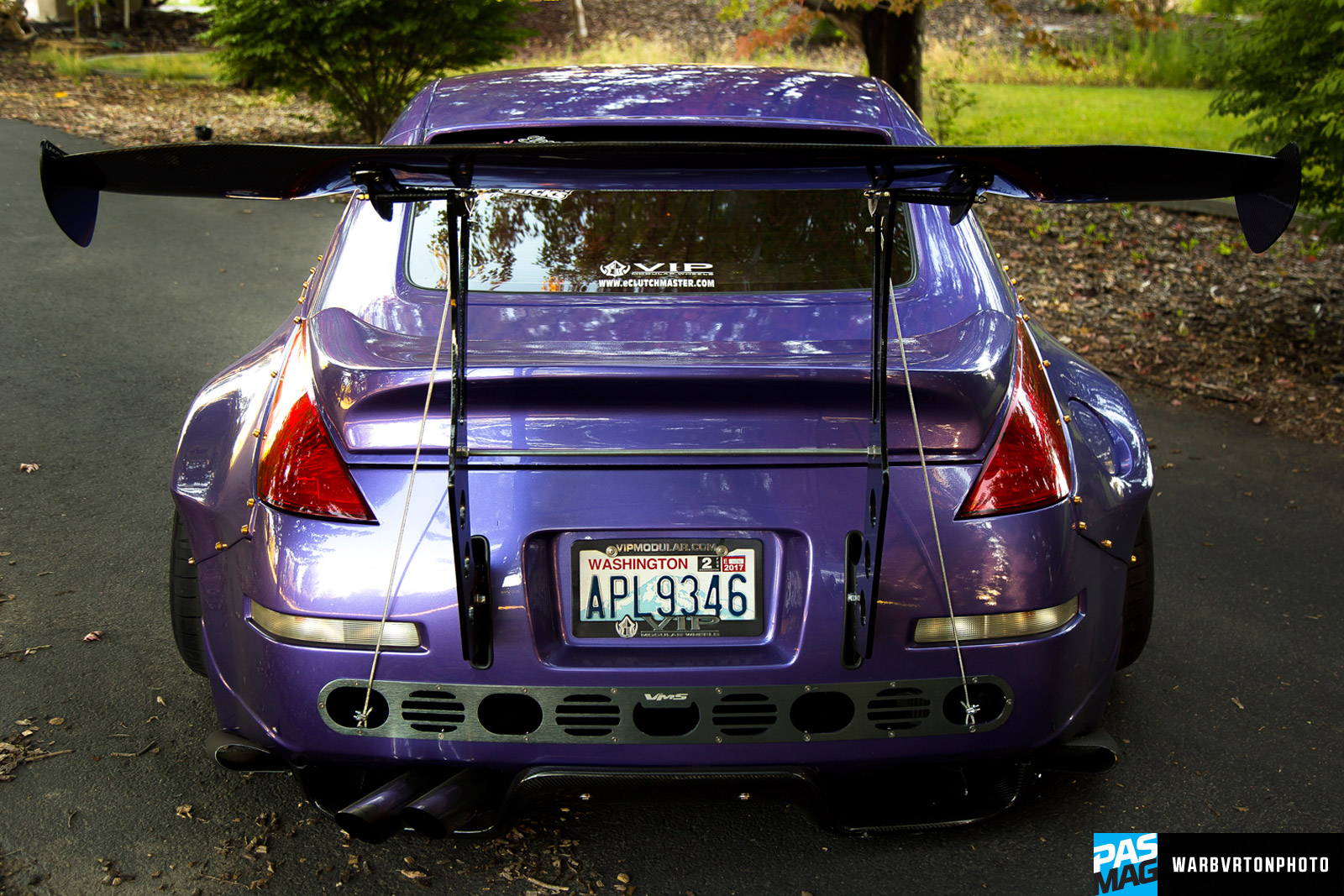 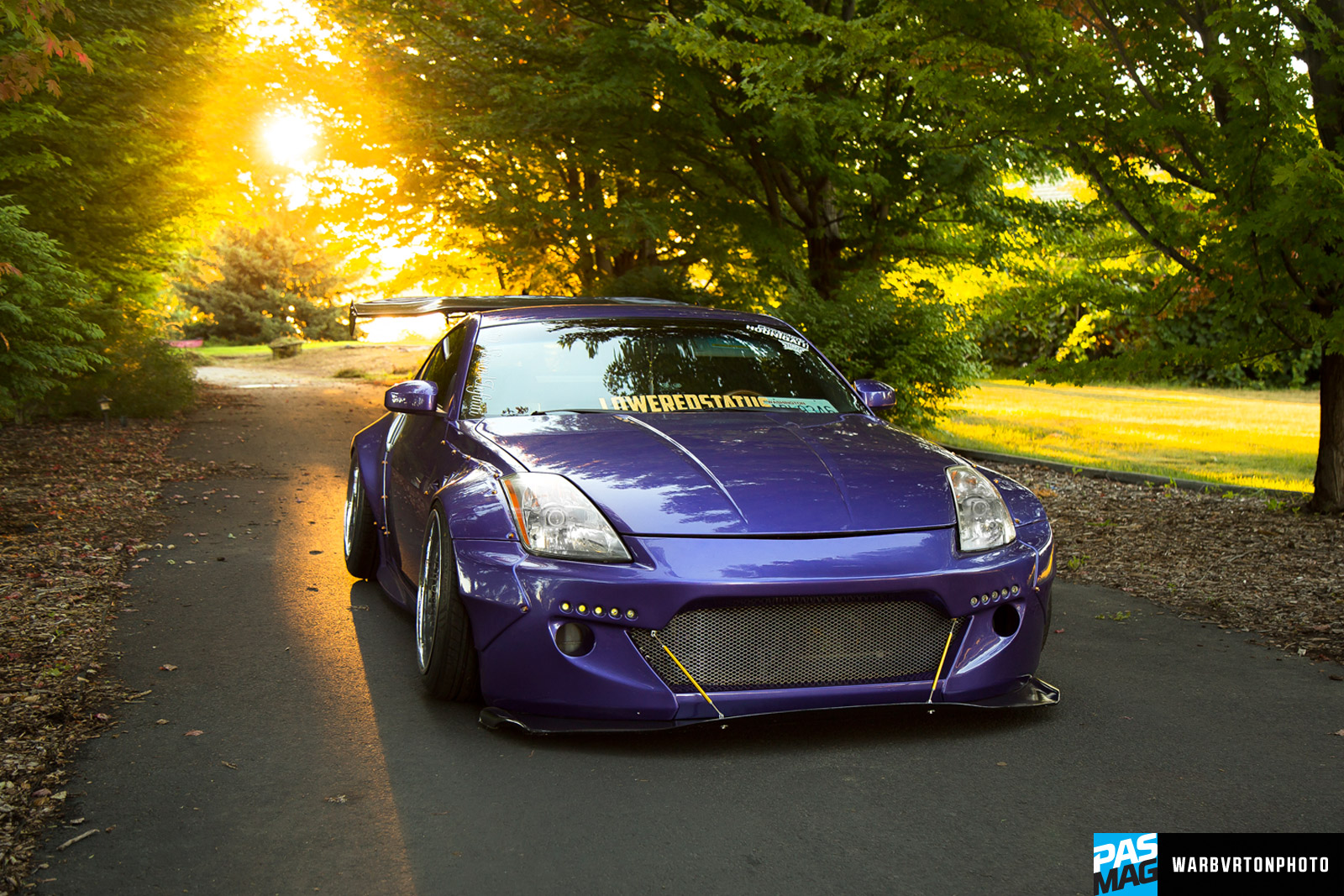 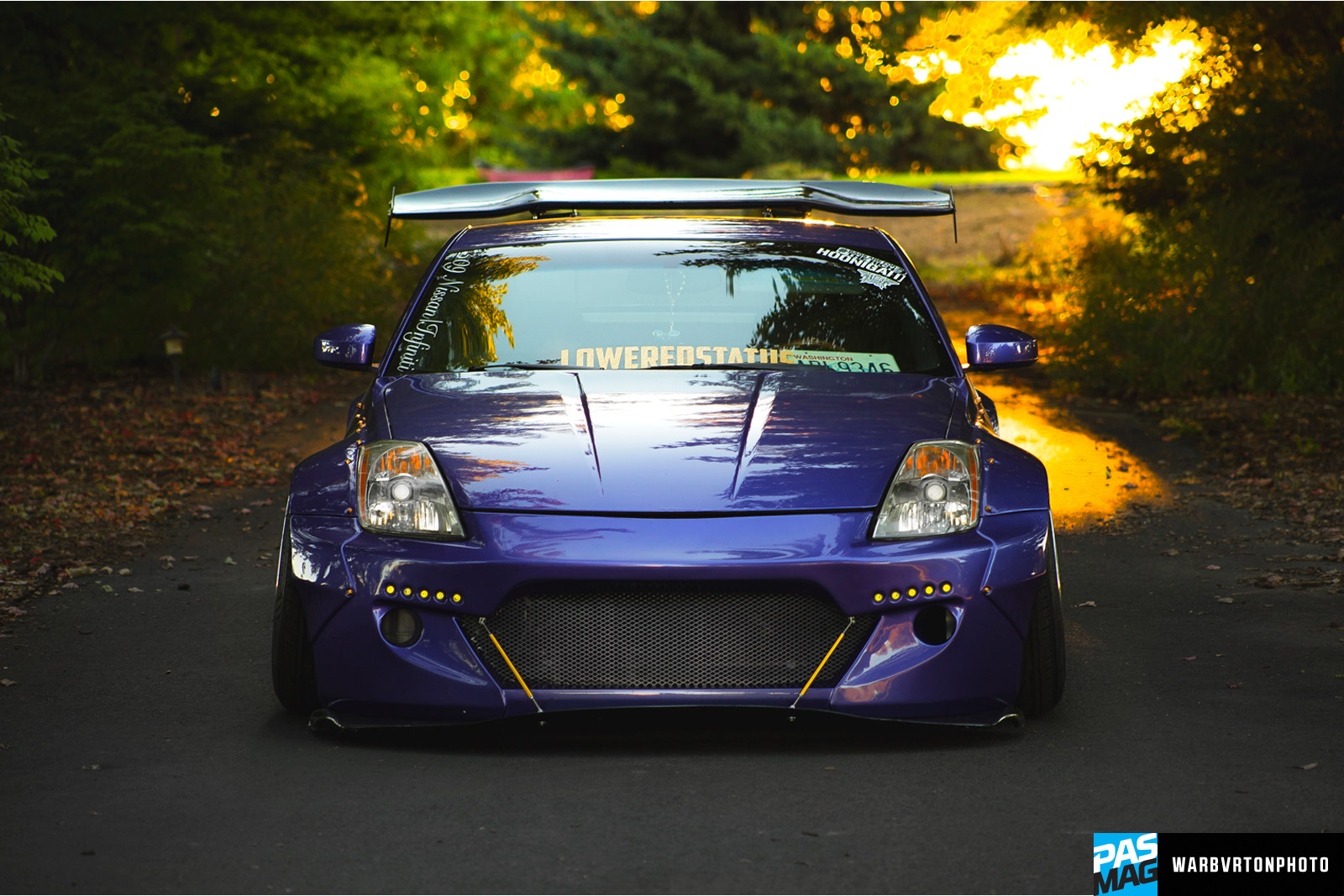 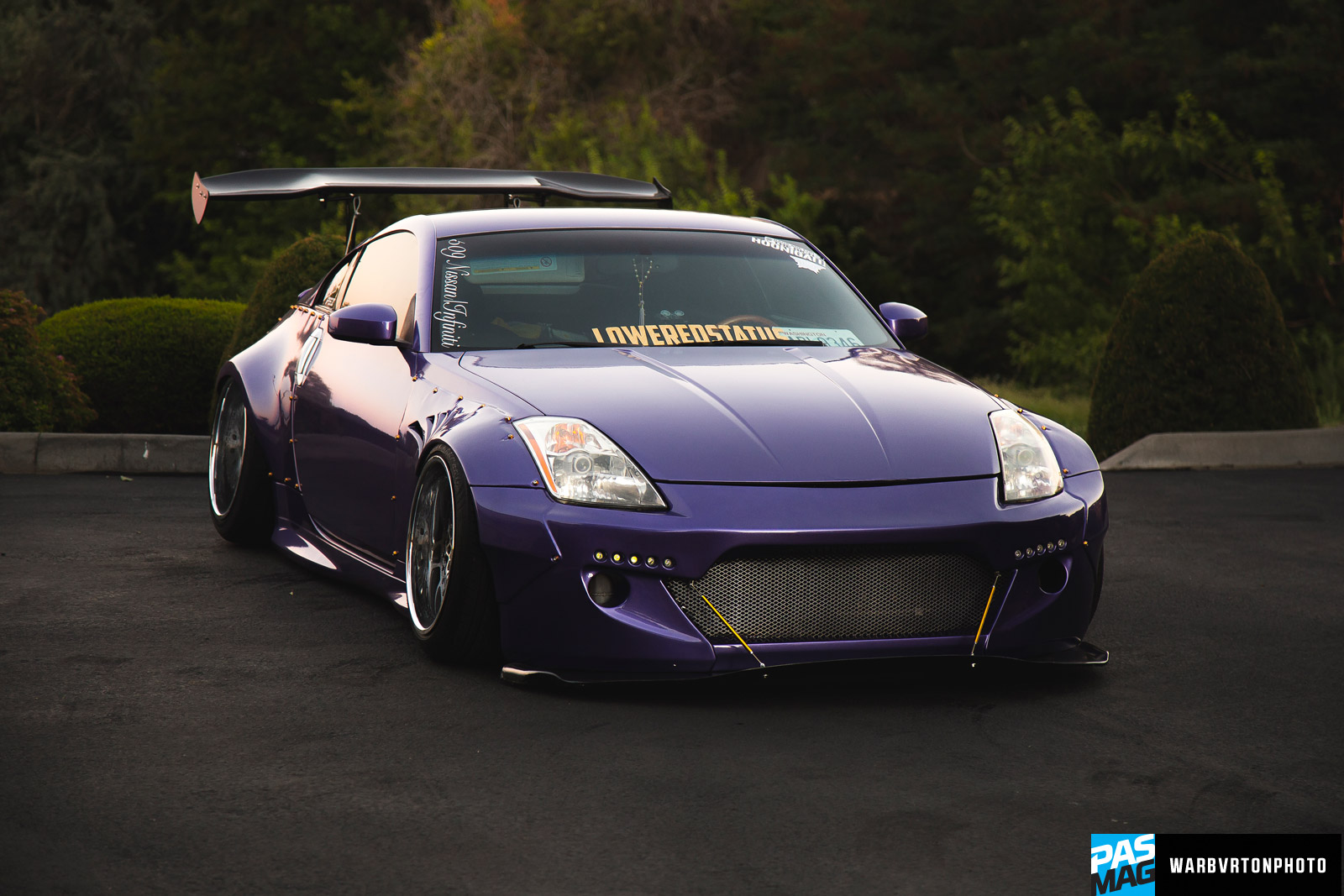 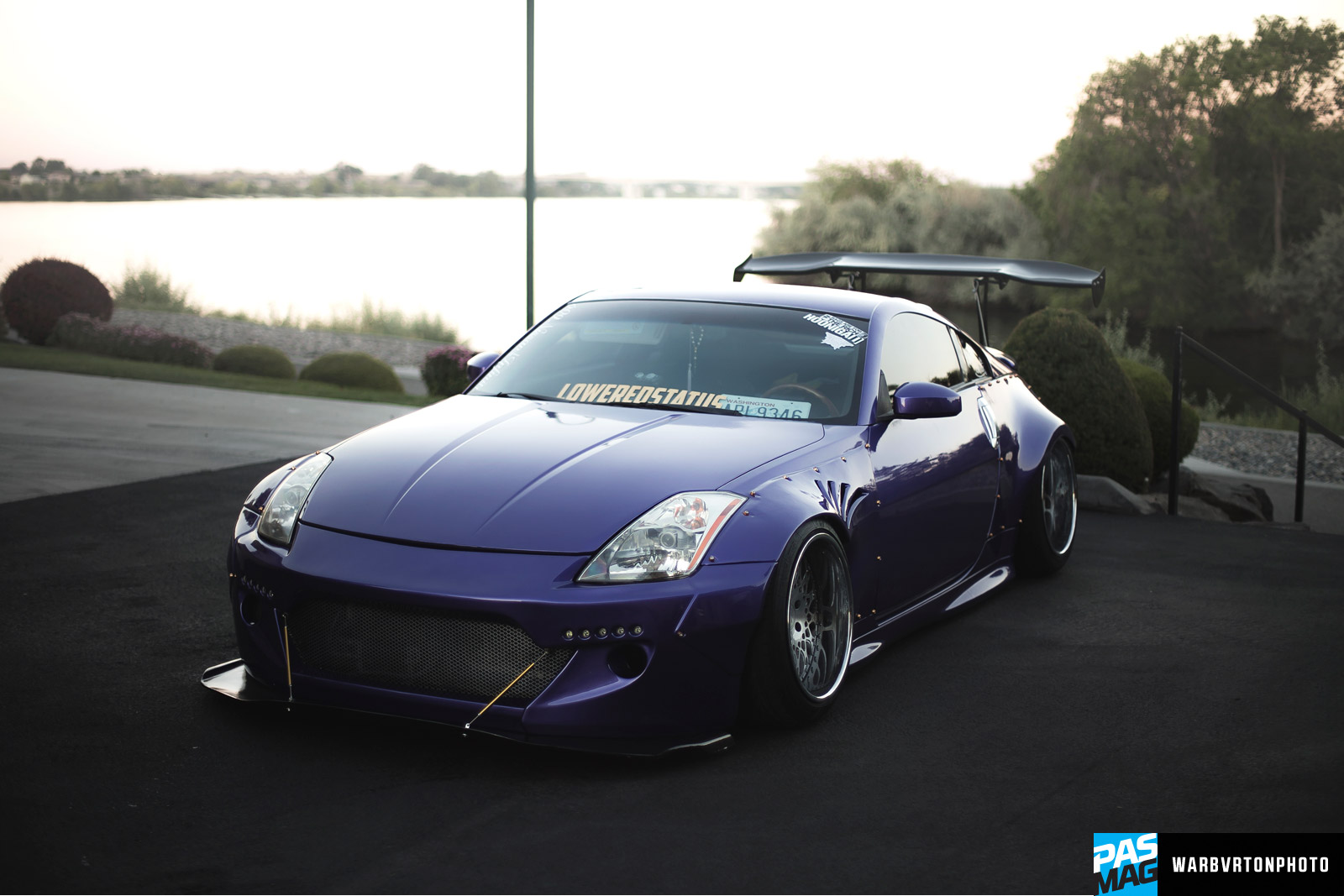 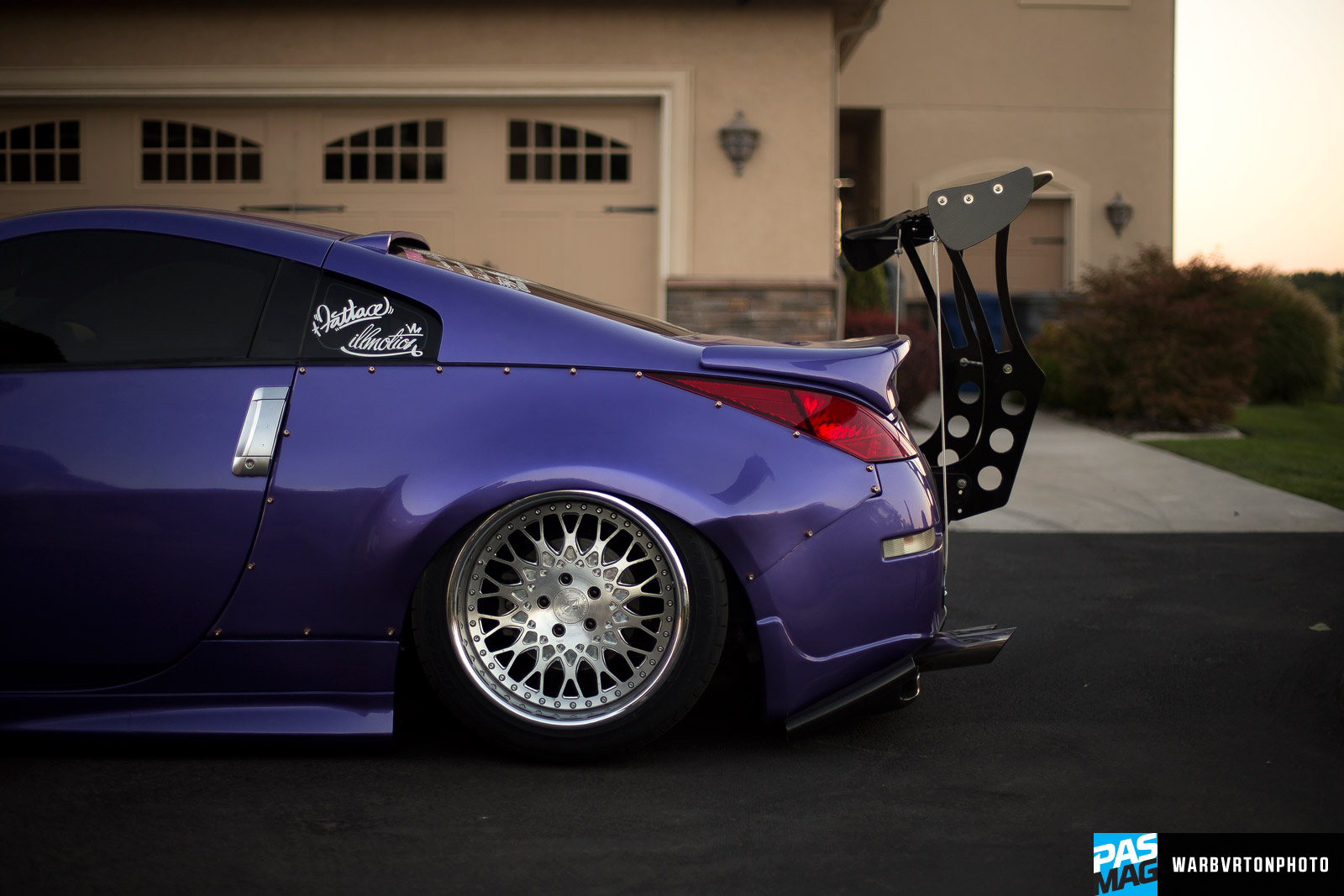 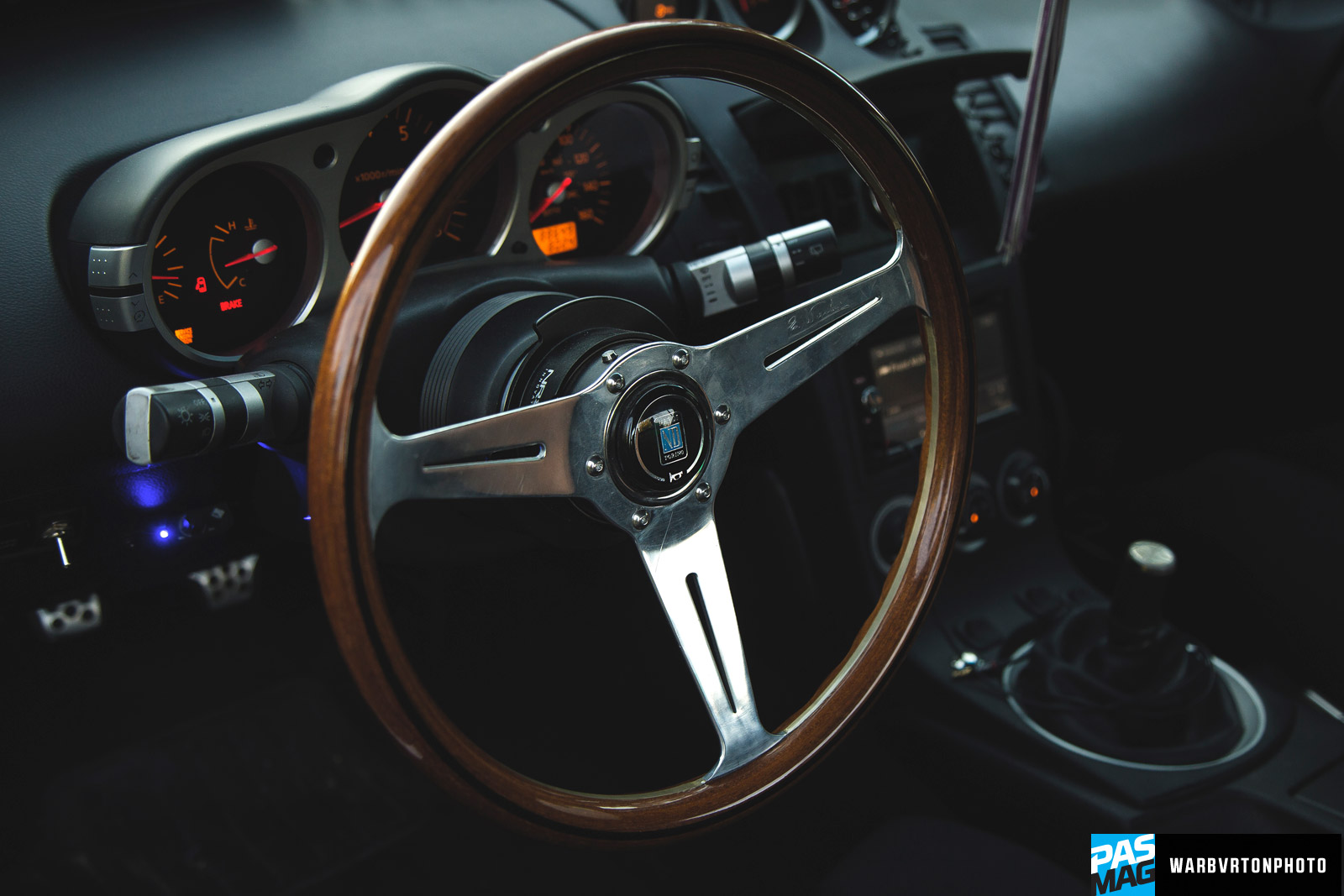 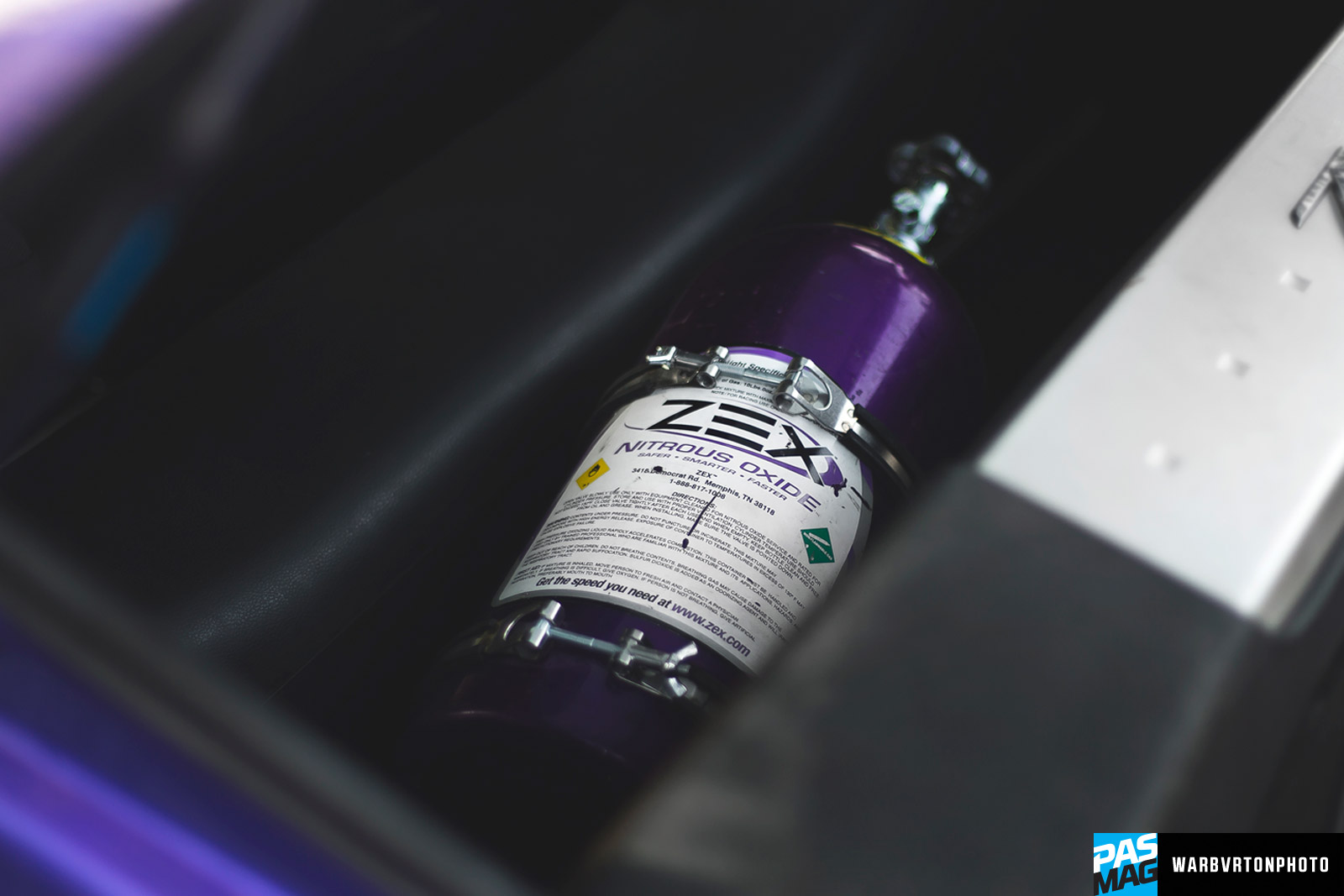 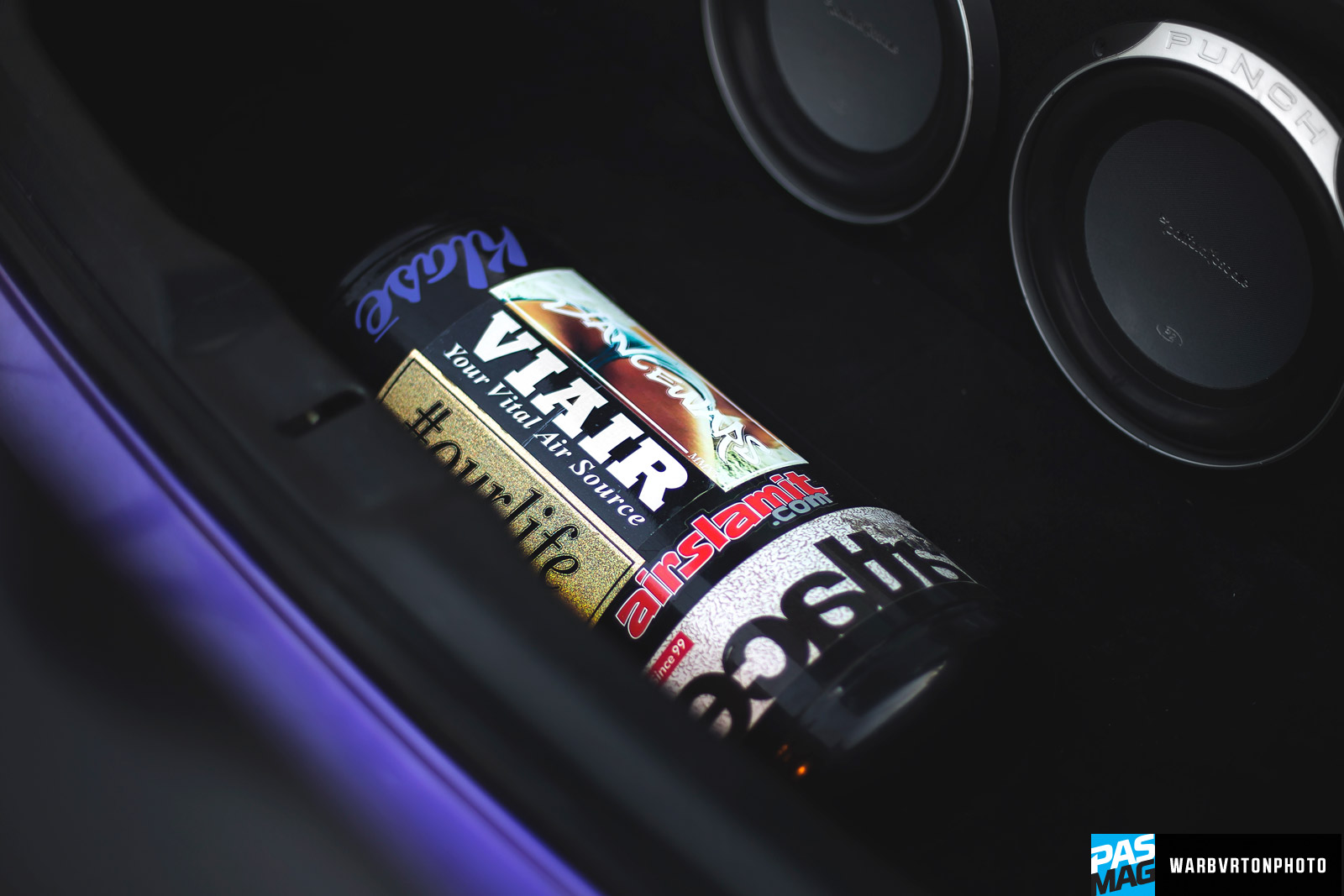 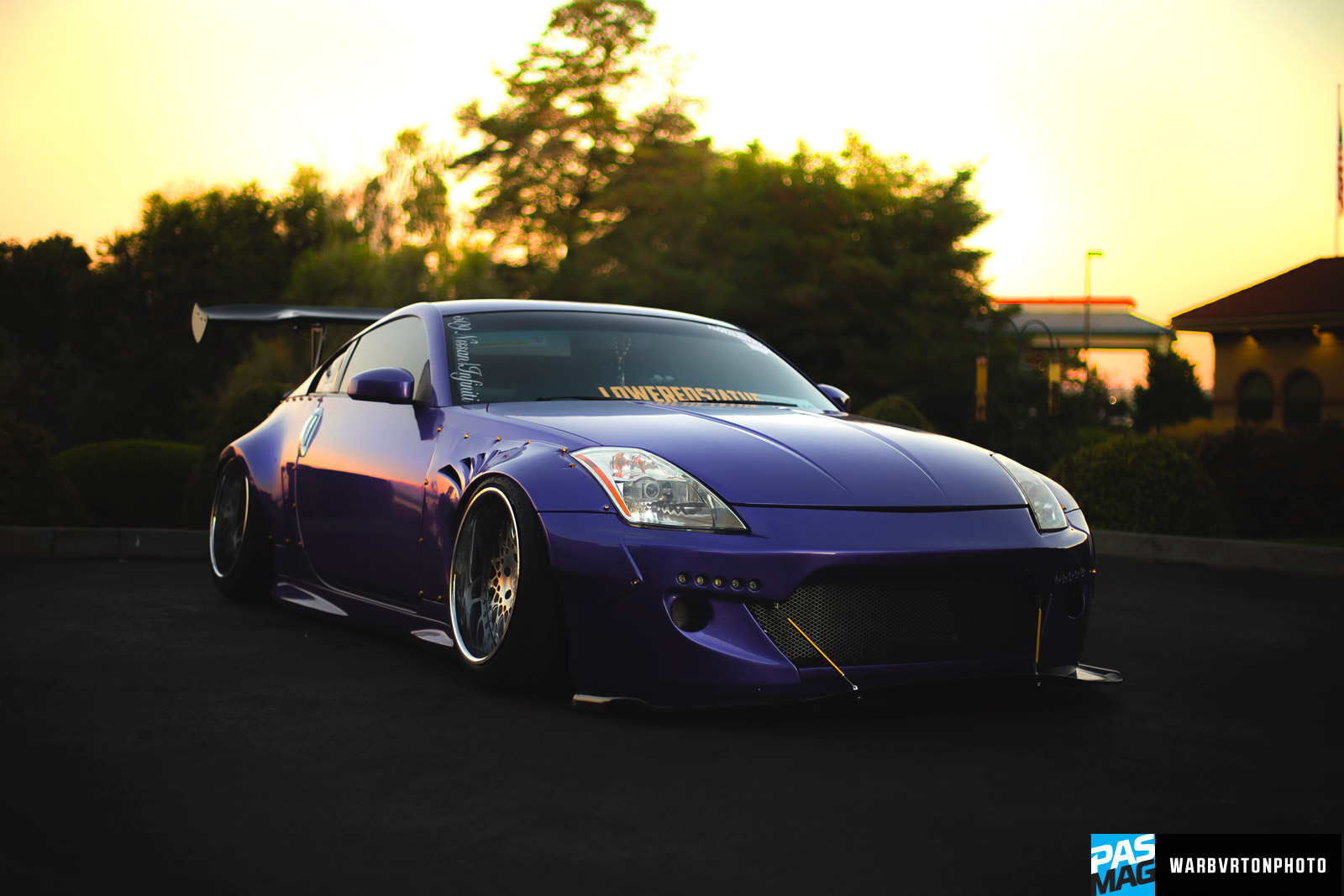