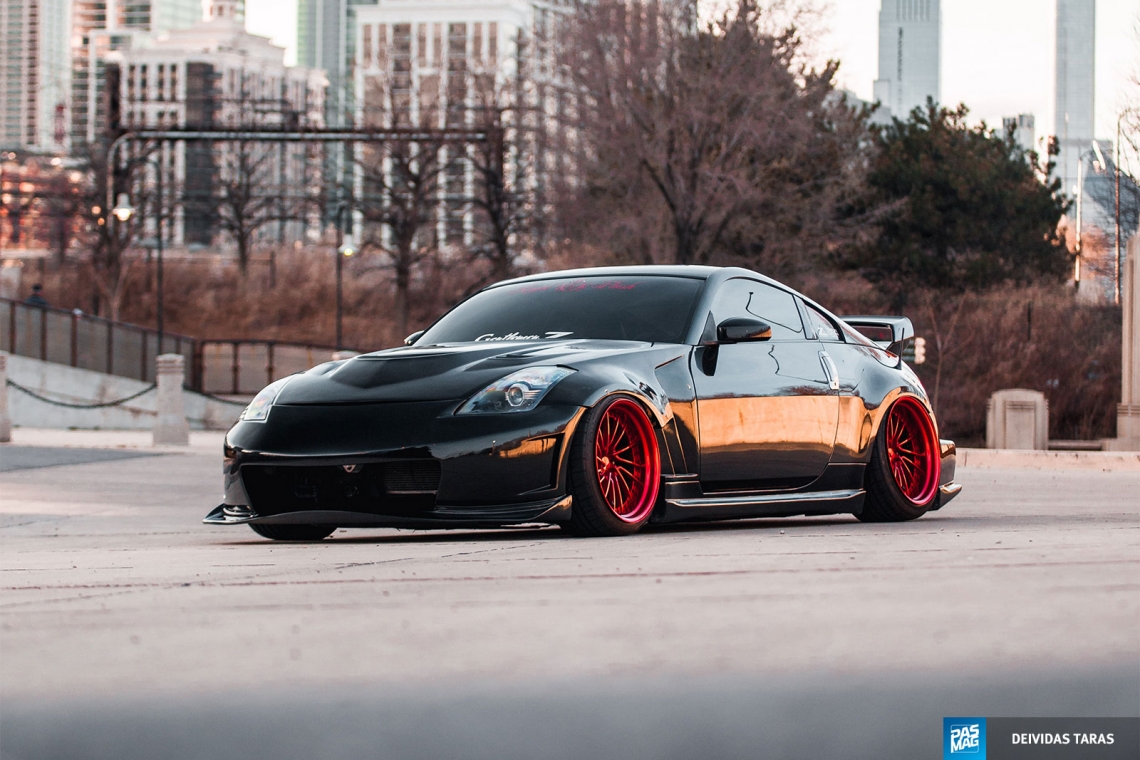 Christian Stanoulov found himself interested in modified cars from a young age, partially thanks to video games and movies. It’s a story we hear quite often. In 2013, he purchased his 2008 Nissan 350Z Nismo, a car he had loved from the moment he first saw it. That car remained stock for a couple of years until Stanoulov started seeing the VQ owners community in California. Inspired by the VQ guys on the west coast, he knew he could bring some of that same energy to his home in the midwest. 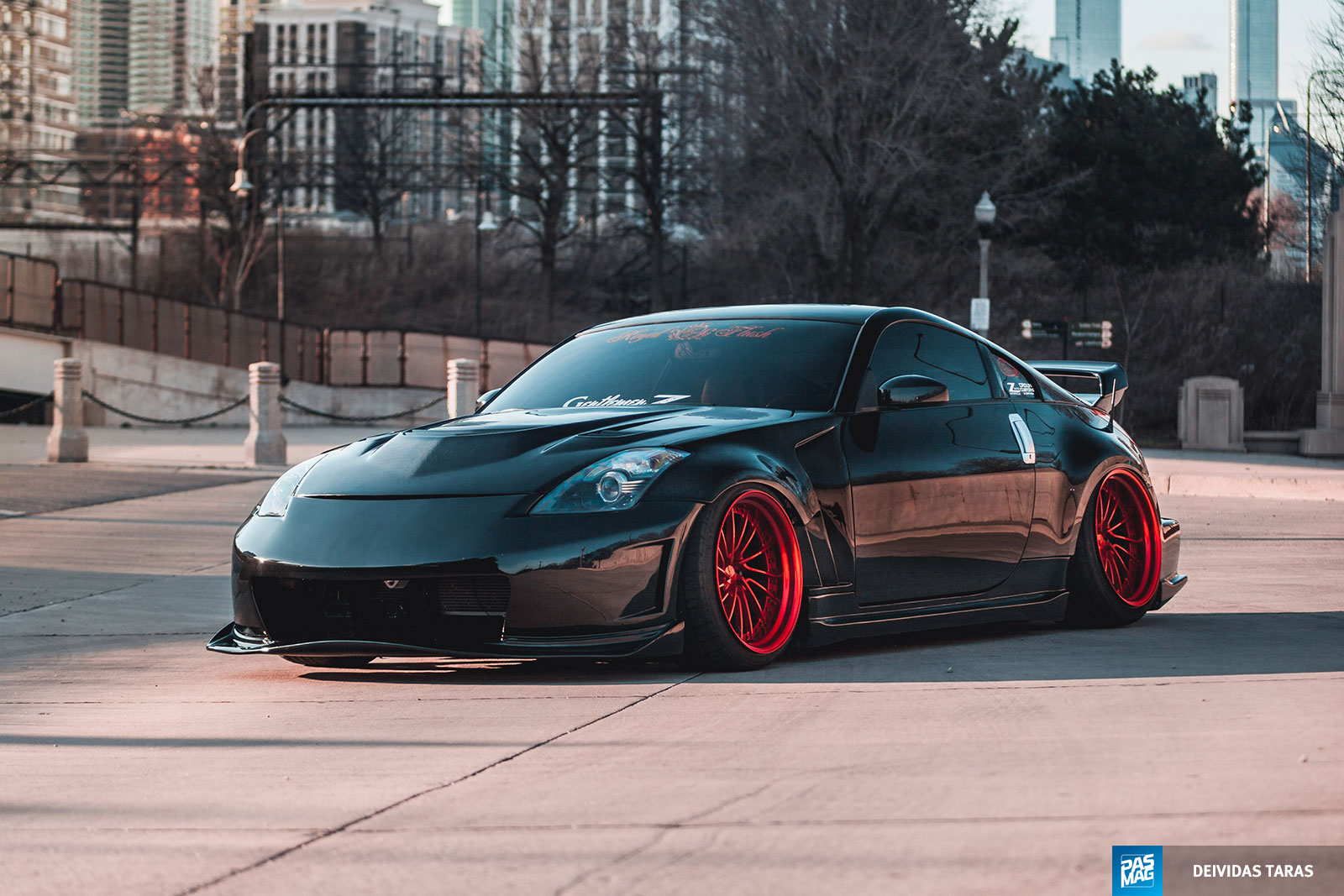 Stanoulov wanted his 350Z Nismo to stand out, so aesthetic modifications were among the first, but he didn’t skip out on performance either. What originally started out as a show build started to morph into a desire to own one of the fastest naturally aspirated Z-cars in his area, but he never forgot about the styling that drew him to the car in the first place.

One of the highlight pieces of Stanoulov’s Z is the Fly1 Motorsports honeycomb carbon fiber hood, especially because his was the very first 350Z to have one. Despite his achievements with the naturally aspirated platform, he tells us he has future plans for a Competition turbo, and we’re excited to see how far he takes it. 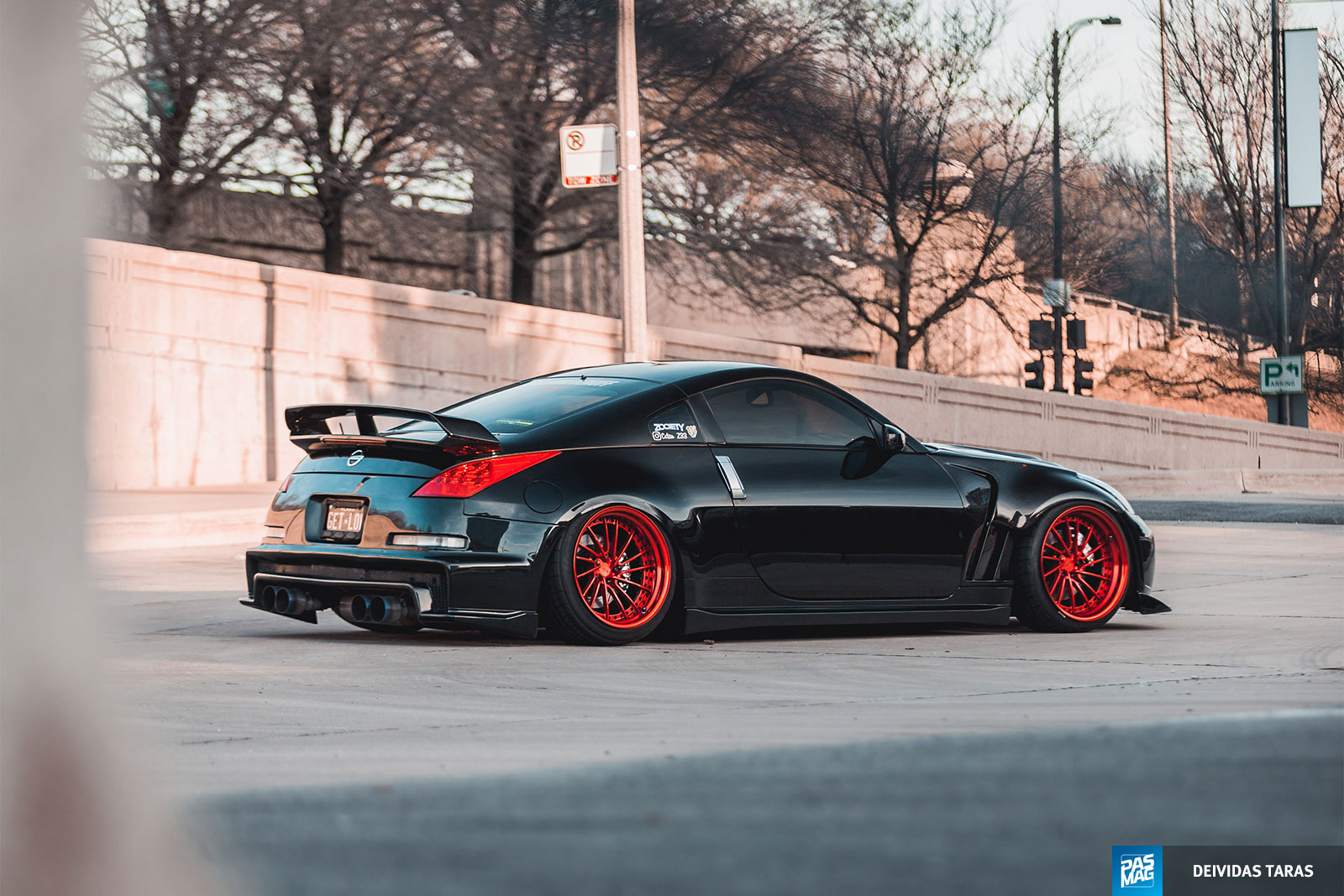 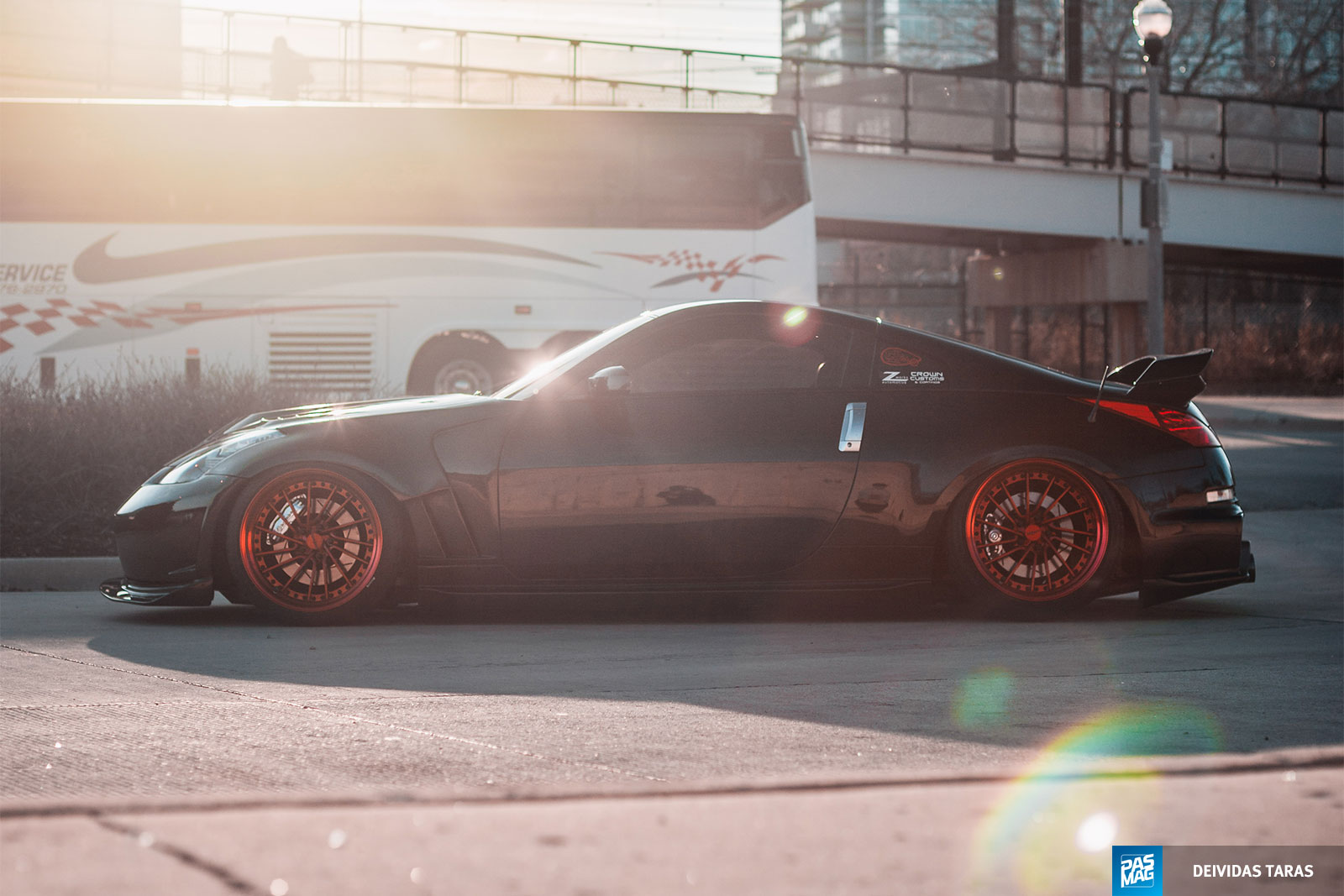 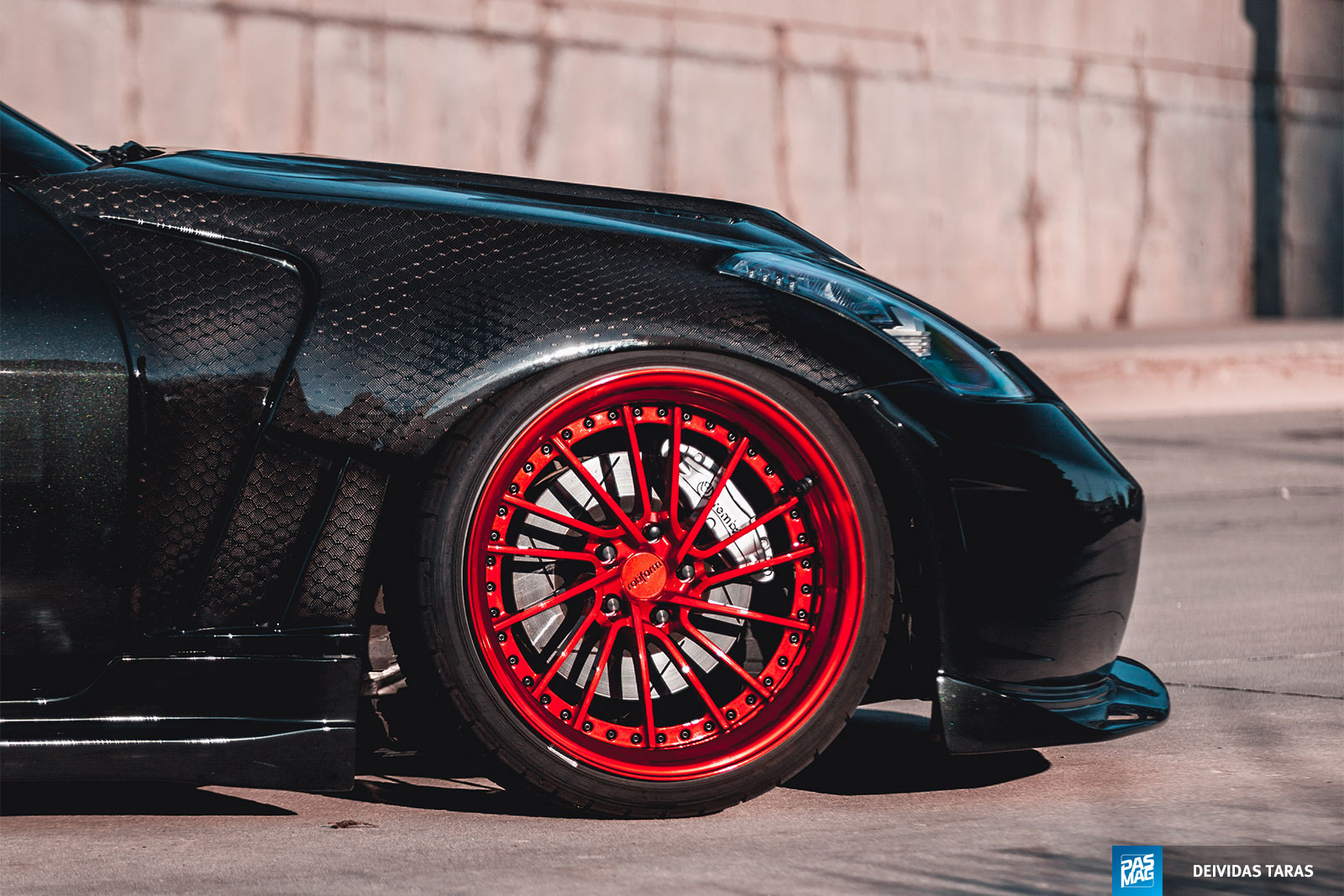