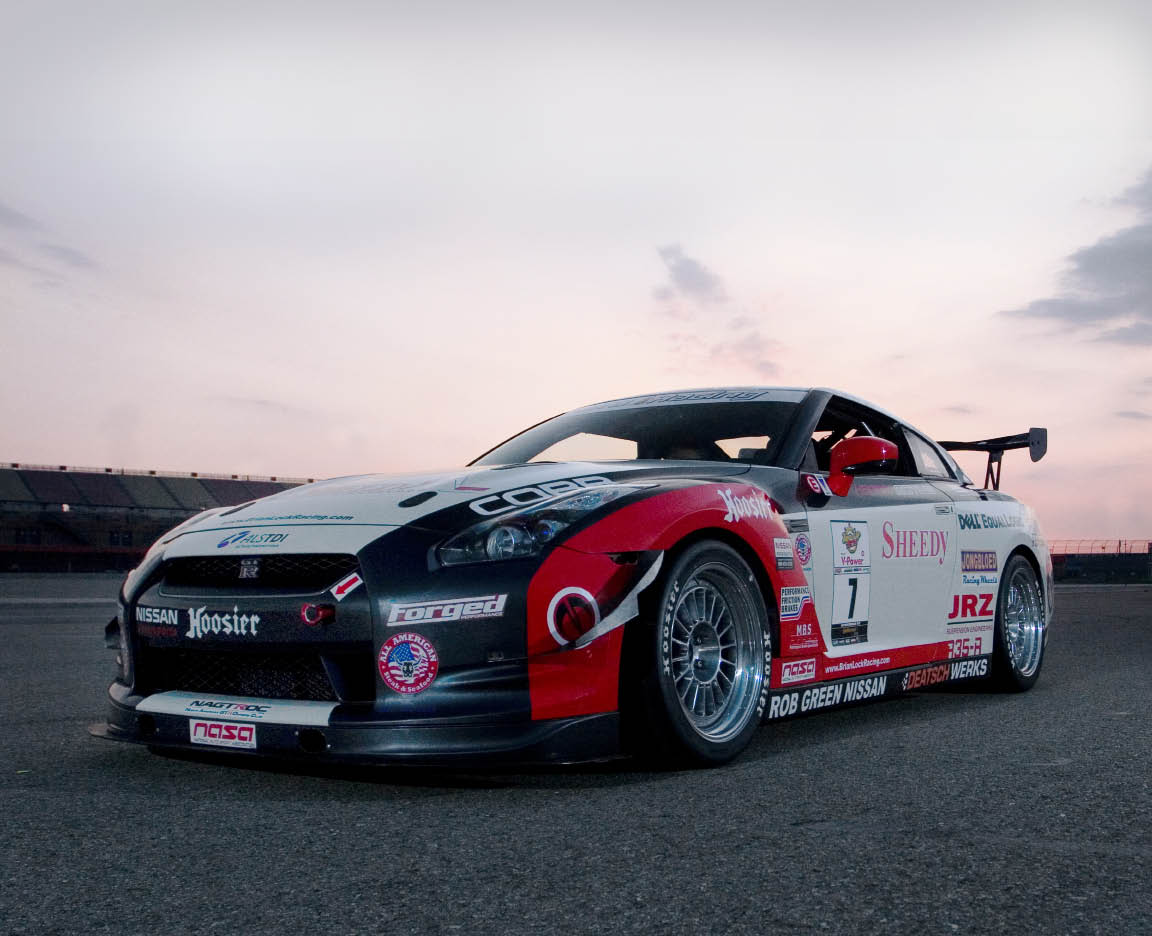 The reaction towards Nissan’s GT-R super car is still nothing short of impressive. In stock form, the powerful GT-R is already explosive, but in tuned form it’s proven itself unstoppable in competition. Many witnessed its impressive Super GT debut when it was more than 20-seconds ahead of the closest rival. Even on the Nürburgring, the GT-R embarrassed more powerful exotics with double the horsepower produced from double the displacement! 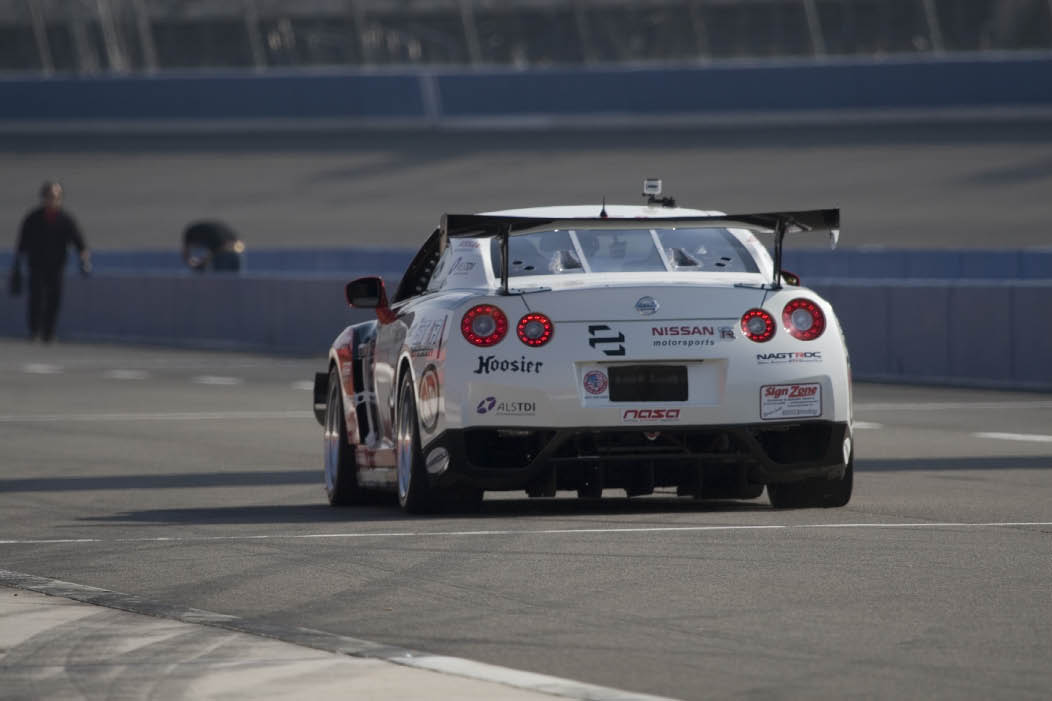 The team at GOTO:Racing knew when it was time to select a Time Attack car, this one was at the top of the wish list. The GT-R boasted 480hp, dynamic suspension and the most efficient driveline system to date. However, the GT-R does have its weaknesses, with the number one challenge being its hefty weight- it tips the scales at over 3,900 pounds. The next issue is finding proper wheels and tires to maintain grip on all four corners. The run flat tires and massive alloys the GT-R is factory equipped with may be adequate for the street, but they are far from competition grade. 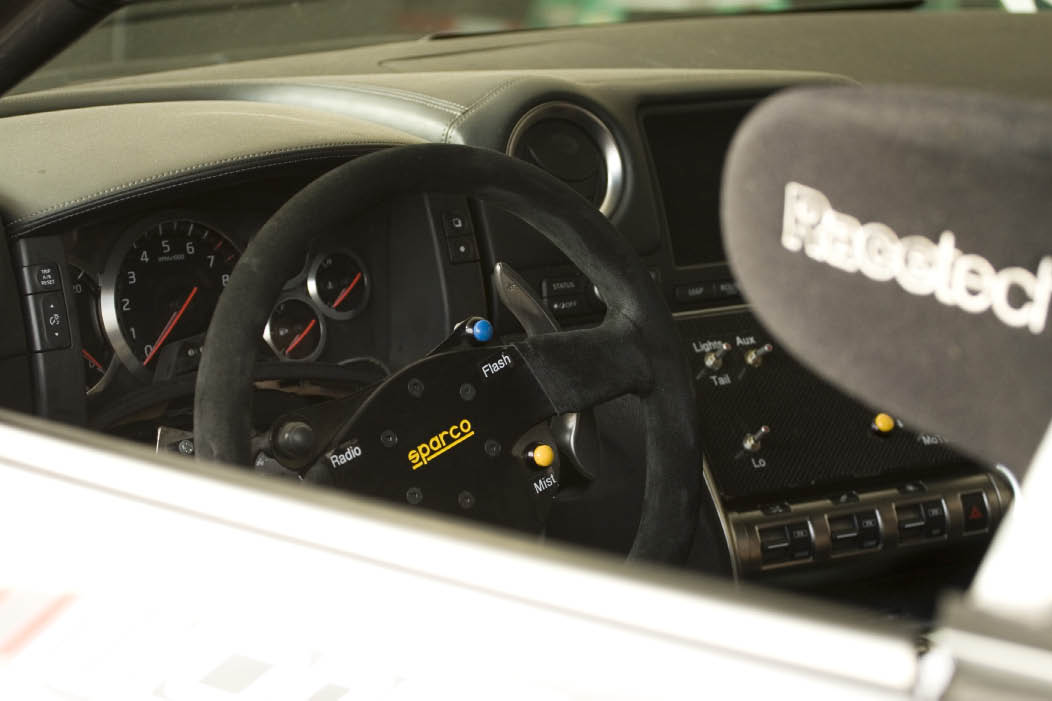 The team put the GT-R on a diet by stripping the interior. All the sound deadening, panels and expendable electronic gadgetry were removed to make way for the important upgrades like a competition cage by GTR Fabrication. The only portion left intact was the: dashboard, articulating cluster, LCD display and the now infamous ‘R-buttons’ below what was a Bose stereo. 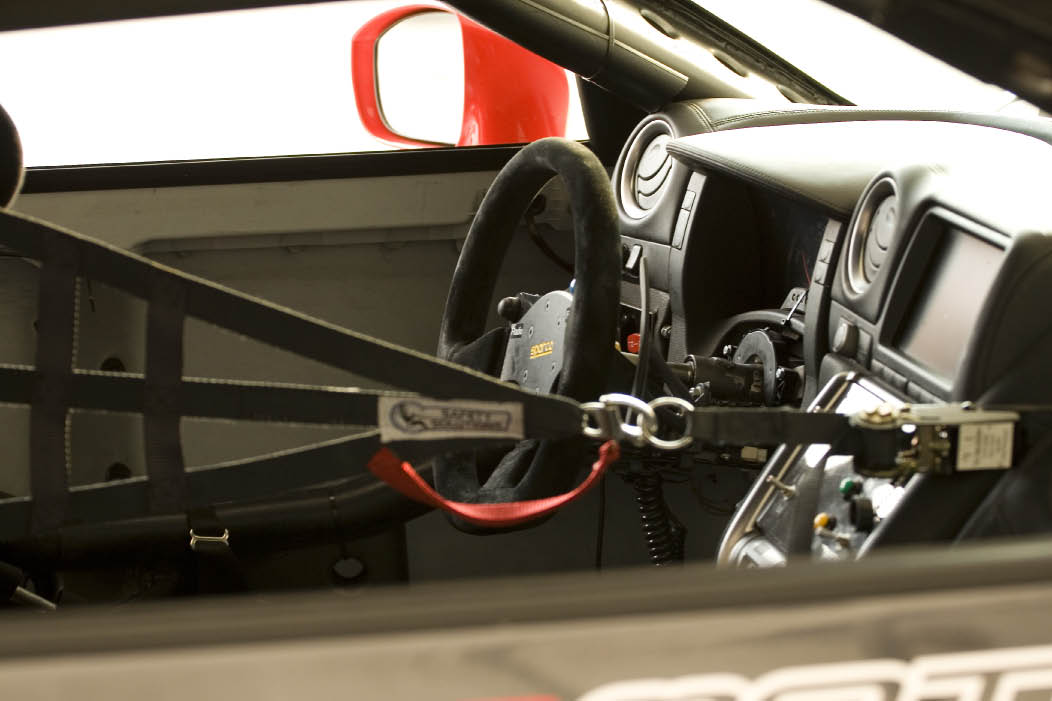 The heavy power seats and seat belt assemblies were replaced with Racetech 4009 HR seats and matching 6-point harnesses. Since the GT-R already features lightweight carbon fibre and alloy panels, the shell is essentially all Nissan with the exception of an APR GT500 carbon fibre wing and custom front canards to reduce lift. 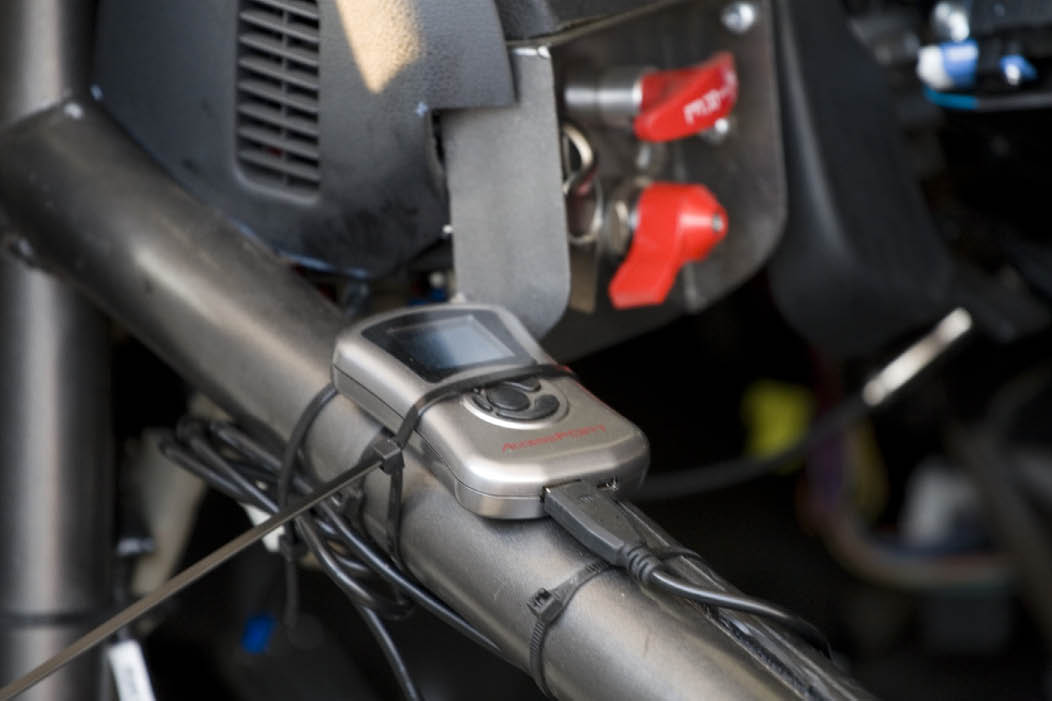 Since the GT-R is delivered with a modest amount of power compared to what it can handle, attention turned to the motor. A pair of AMS turbos with upgraded  wastegate actuators were added for more boost. The extra flow meant that more fuel was needed which came in the form of DeatschWerks 800cc injectors spitting race gas. A pair of Harman Motive air intakes replaced the factory boxes and Harman Motive downpipes with midpipes help exhaust the resulting fumes and flames. 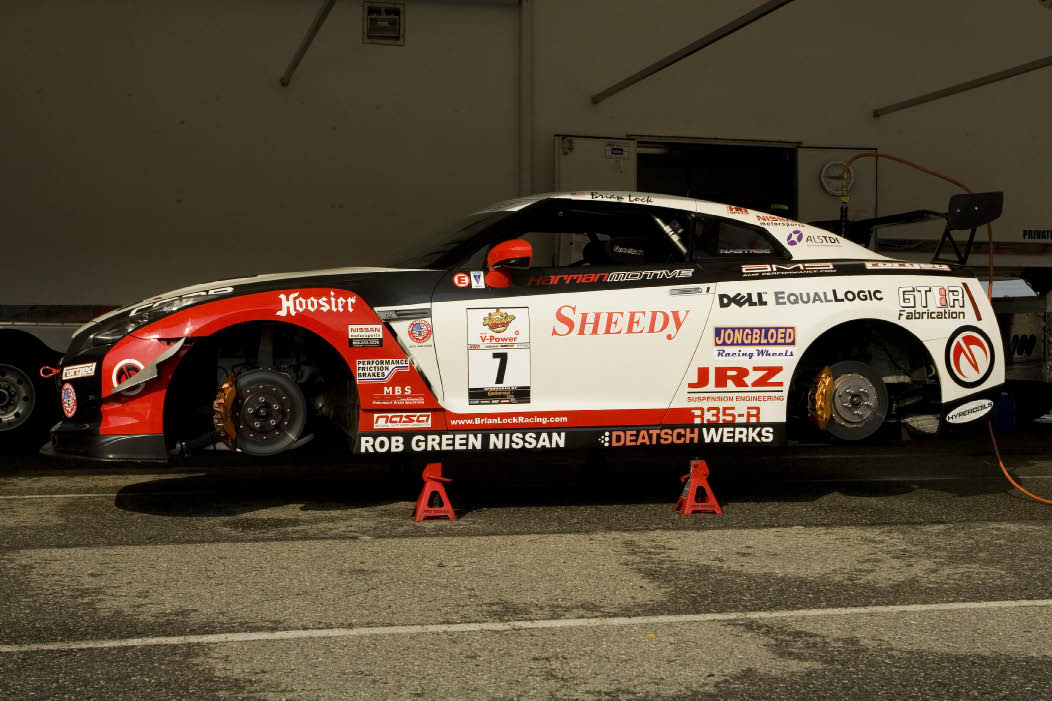 The factory ECU is extremely complex and proved as easy to crack as some military-encrypted code. COBB Tuning however, has done just that, and tuned-out this GT-R using their AccessPORT system. At HB Speed in Huntington Beach, California, tuner Jon Drenas cranked out 787 whp with 721 lb-ft. of torque at only 22.5psi.

“I had hoped we would have made just north of 700 HP, but to make just shy of 800 is simply amazing… I can’t wait to feel this thing on track,” smiles driver Brian Lock (who pilots the car). 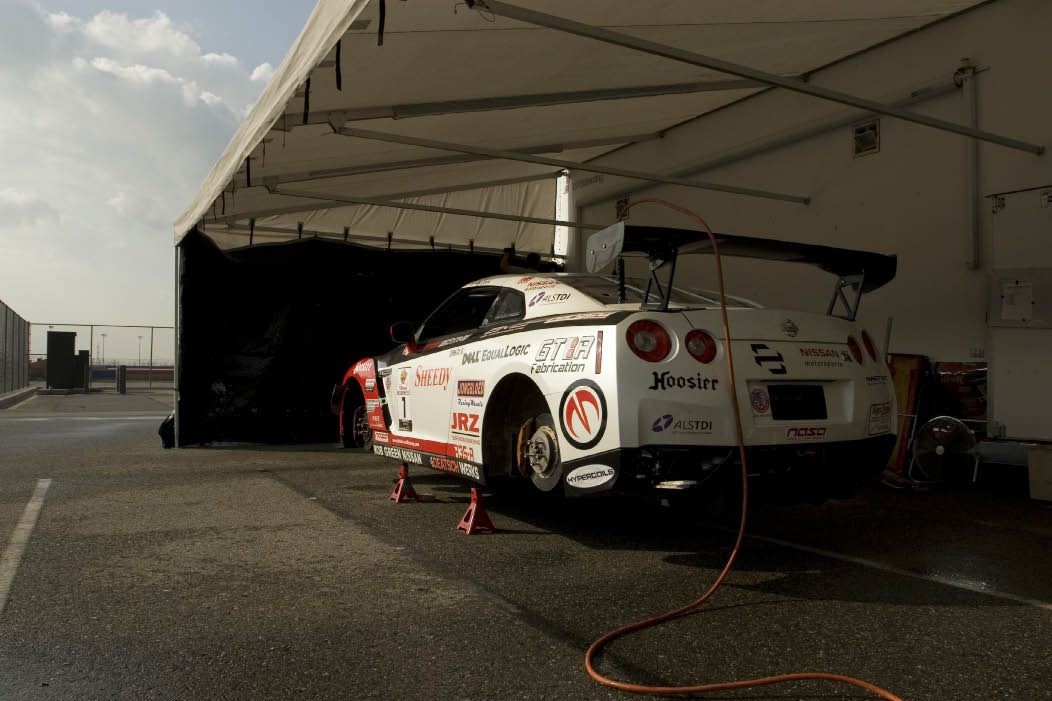 The horsepower gains meant the stock clutch would not work, so SSR clutch packs were added to the elaborate rear transaxle. Putting the power down at every twist on the track meant some careful selection of the rolling gear. The wheels are a custom-spec design from Jongbloed Wheels that are very lightweight and very strong. The grip is maintained with Hoosier R100 slicks that might not have many heat cycles in them, but will provide the ultimate connection to the black top.

The suspension in the R35 GT-R is both complex and costly. GOTO:Racing wanted to simplify their mission by installing mechanical coilovers rather than ones controlled electronically. They finally decided on the JRZ coilovers which feature triple adjustments and are fitted with custom Hypercoil springs. The roll was eliminated with Brookes Engineering adjustable sway bars installed underneath an already stiffened chassis. 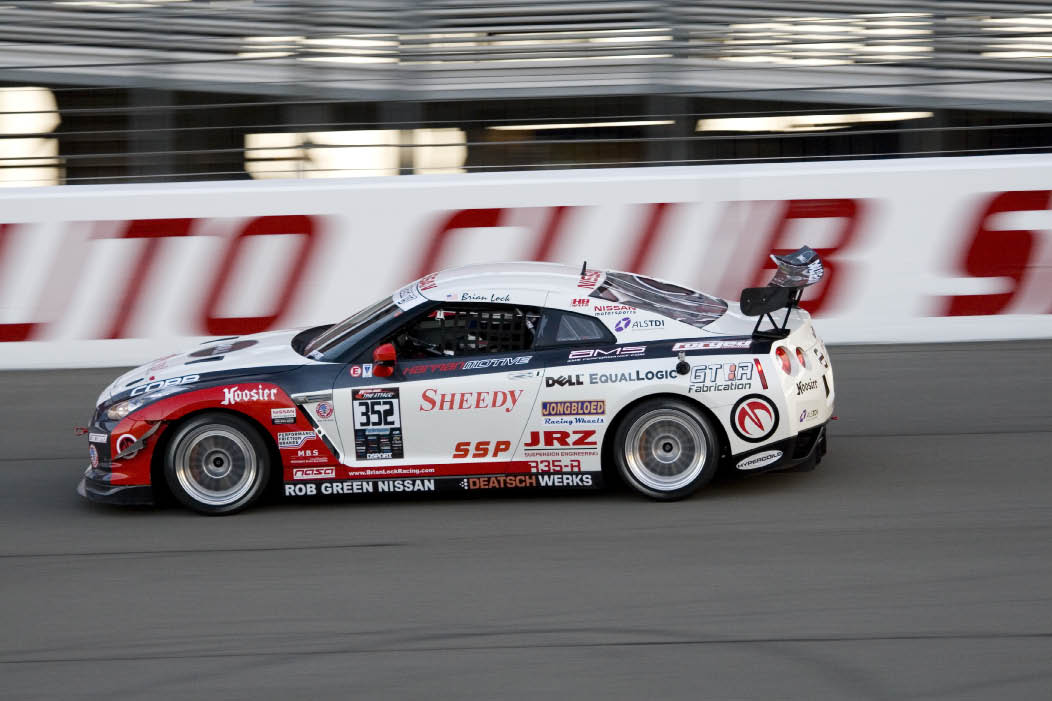 After getting up close and personal with the car, we are convinced this Time Attack machine should cause a ruckus in this year. Whether the GOTO:Racing GT-R is tearing it up in Redline Time Attack or a special event, one thing is for sure… this isn’t your average Nissan. 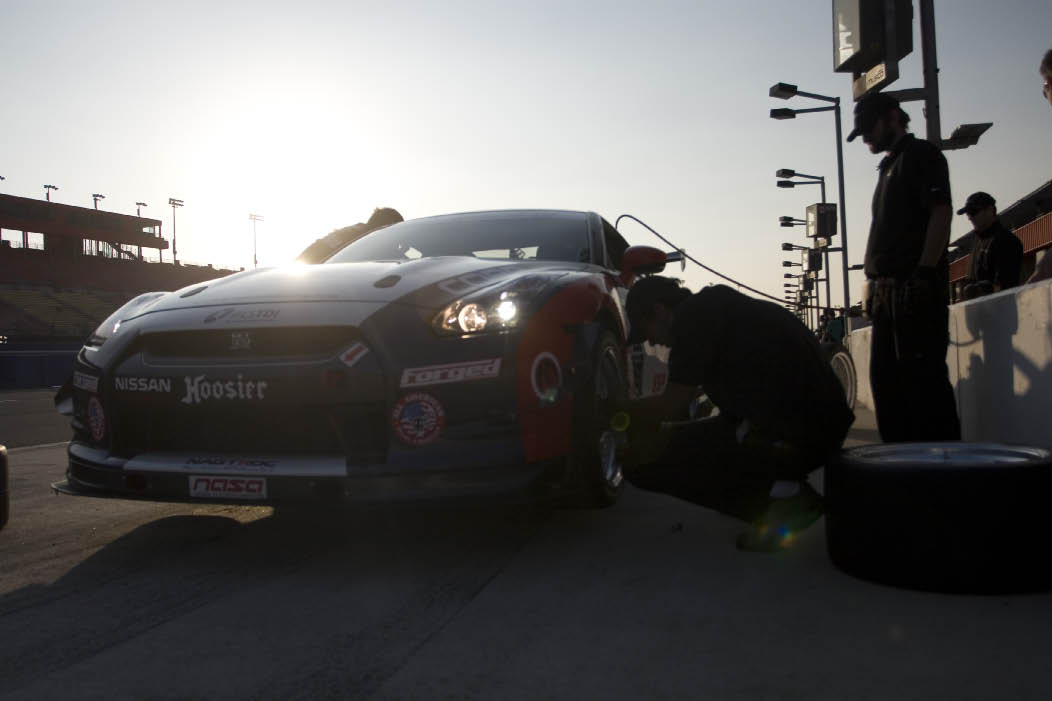 Nissan 400Z Real Prototype
Photos of a grey new Nissan 400Z began circulating online, and I noticed a slight difference from the original concepts/prototypes, such as: changed...

Brooke Berini Attacks Her Personal Best at TX2K 2021
Brooke Berini and her 'Alpha Princess' Nissan GT-R are back in the news! AMS Performance can build some mean machines, and over the weekend at TX2K,...

Pandem Widebody V3 Kit for Nissan S13
Pandem is back at it again, and this time with the release of version 3 for their widebody kit for the Nissan S13 hatchback. Some of the kit's...

FDF Fab Angle Kit + Breakdown Vids
The local homies at FDF Race Shop have been making super cool suspension parts for a while now, including their increasingly popular angle kits for...