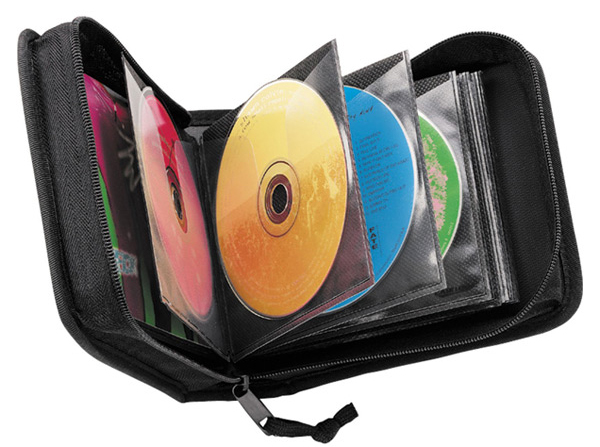 When building an audio system, you will invest not only money, but time - time choosing the best products for you and your budget, as well as the type of equipment that will produce your desired end result, whether that is sound quality or maximum bass. Normally, this process starts with the selection of a head unit. When choosing the head unit, it's all about features and choosing the one that best suits your needs. This normally includes screen size, Bluetooth, navigation, sub control, satellite radio and other popular features.

Now, what if your source is not the best it can be? Then your system will never achieve its maximum potential, and you've wasted hundreds - if not thousands - of dollars, and a lot of time. When I say “source,” I don't mean the head unit; I'm referring to the “real” source: the audio format(s) you're feeding into the head unit.

The Digital Age
When I started in car audio, my first radio was a Sherwood tape deck with music search. I could fast forward and the tape player would automatically stop at the next song! It was amazing technology and the sound quality was as good as you could get back then, but being tape, it was obviously analog.

Then I purchased my first CD player – a Panasonic from Sears – and it was like I had entered into the future. My biggest problem was that I couldn’t find any CDs to buy because every store still carried cassettes. Yes, back then we had actual music stores that sold nothing but tapes and CDs! Regardless, my first experience with a CD was listening to Kwame and a New Beginning and, when my two 12-inch Black Phantom subs started playing that bass line, I was hooked. Tapes officially sucked and I was a newfound digital consumer. 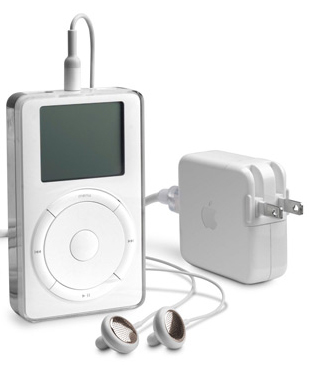 Blame the iPod
Now that everything is digital, everything is better, right? Well, no, actually. It’s worse. Gone are the days of the universal CD format. This is almost 100% due to the invention of the iPod, which popularized compressed music in MP3 format. Once the iPod was released, it seemed every car audio system in the country with a front 3.5 mm AUX input was being fed the iPod’s MP3 library. It wasn’t long after that people decided they were sick of lugging around massive CD cases. They wanted all their music on one device. The MP3 was born to the mass public and with it, all of its digital counterparts began popping up. This is when we traded quality for quantity and never looked back.

What are my choices?
When it comes to your music, unless you’re listening to the actual CD, you are more than likely listening to some form of “ripped” or compressed digital version. When you do this, the music must have a codec or a format that it has been encoded with so that a source unit can decode the information and play it back.

The types of formats out there are plenty, but the most popular are FLAC, WAV, ALAC, AIFF and MP3. MP3 is the most commonly used format due to its ability to use compression to make the file size smaller. This is where the iPod thrived and why the personal MP3 player became an overnight phenomenon. You could have literally 1,000s of songs in the palm of your hand.

FLAC, WAV, ALAC and AIFF formats are uncompressed formats, meaning the file sizes are much larger. These are the files used in music studios and professional recording bays all over the world, because it contains the original audio information in its entirety.

What should I listen to?
This is where the debate comes in. If you are a serious audiophile or a competitor and you are listening to MP3s in any fashion other than messing around, you are doing your equipment a huge disservice. The fact that MP3s are compressed means that some of the information of that song has been removed to make the file size as small as possible.

The largest part of a song as far as data goes is the bottom end, below 200 Hz. This means that when you’re listening to an MP3 track, the actual output from the lower frequency will be significantly reduced due to the information being removed and/or compressed. This will lead you to boost your sub output or use your EQ to try and boost those frequencies. Instead of sounding better though, you end up clipping the signal and creating stress on your equipment because you can’t boost what isn’t there. This usually leads to a trip to the forums to complain about how bad that brand of speakers are, or how much your installer sucks, when really, your music library is to blame.

So, what were MP3s made for if they sound so bad? Easy: headphones! When the iPod was released, Apple had no intention of flooding the high-end home or car audio market. It was simply making a ‘personal music player,’ which means you and a pair of headphones. To use an MP3 recording for anything other than headphones or small personal speakers is to guarantee you, the listener, an unfulfilled experience.

When choosing a personal player that will be feeding a head unit, I would always recommend using FLAC audio files. Although WAV and FLAC audio are almost identical, FLAC audio allows you to ID TAG your music. Almost all head units now come with some sort of USB input for an external USB drive to play music from, so as long as your head unit can read FLAC format then you should be set, and you can see file/song titles and artist names.

Have your Cake and eat it too?
A FLAC album is much, much larger than MP3! You’re going to have to give up some hard drive space for sound quality. If this is a problem, you may need to look into a head unit that can read large external hard drives. It isn't as hard as it sounds, since almost all modern head units will read a drive larger than 64 GB (even if they say they won’t). Here is the trick: you have to format the drive to FAT32 using a free program that is easily found on Google. Anything above 64 GB is supposed to be formatted EXFAT 32, which head units won’t read, but if you use the program to force a drive to format to FAT32 (Google search hint), you can use any sized drive you want. I am currently running a 500 GB Seagate drive on my Pioneer 8500BHS. 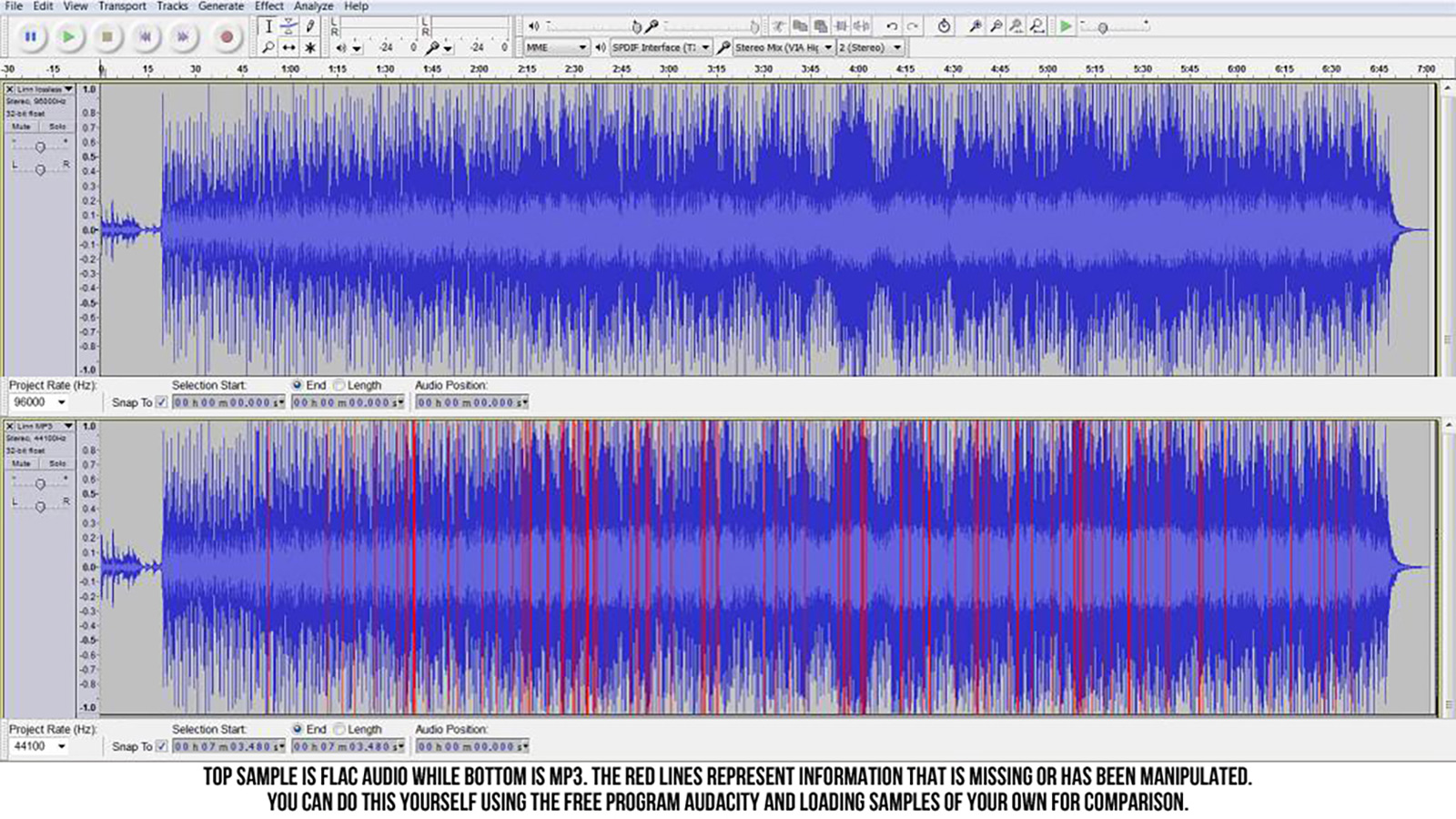 Using Bluetooth for streaming
Instead of adding a hard drive or direct link to the head unit, say you've decided to use Bluetooth to transmit all your FLAC audio so that you can enjoy uncompressed music... Well, it doesn't work exactly like that, but you’re off to a better start than most people with their MP3 libraries. The reason this doesn't really work is because Bluetooth audio is compressed audio as well, so no matter what you play, it's compressed before being sent to the head unit. 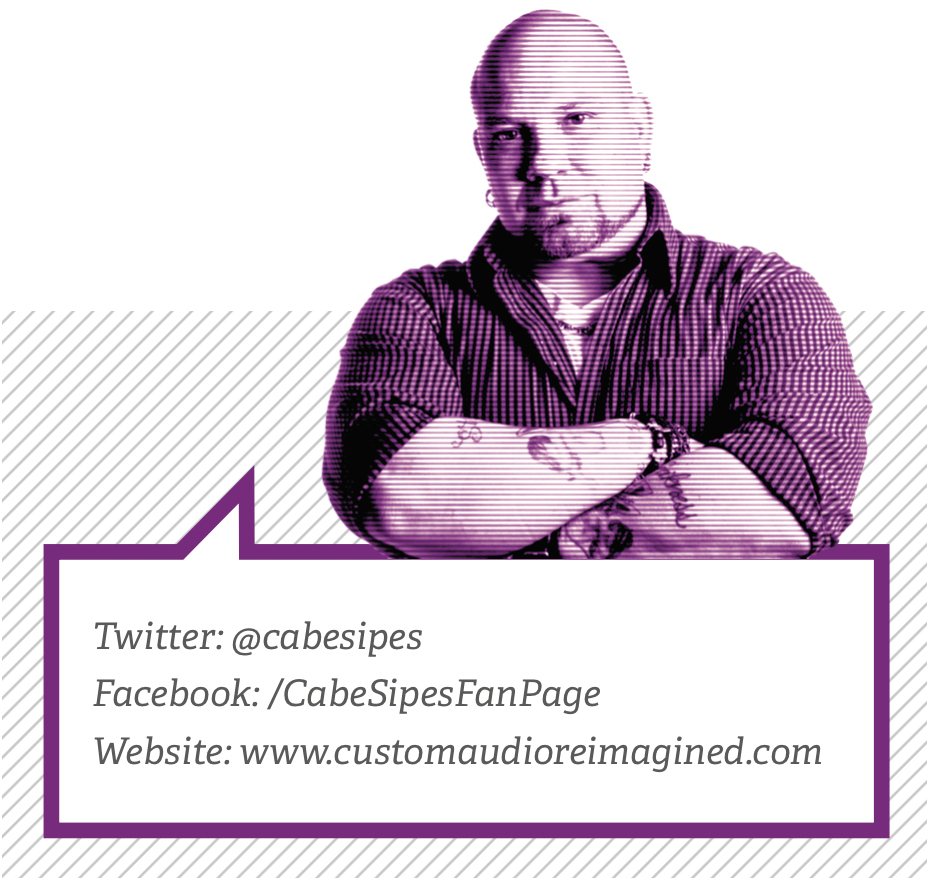 The best way to make this work is to have Bluetooth 4.0 and make sure your player and head unit are A2DP (Advanced Audio Distribution Profile) compatible. This means the Bluetooth inside is able to send and receive stereo-quality music in compressed form. So why use FLAC audio if it’s going to be compressed anyway? Well, wouldn’t you want to use a lossless version and have it compressed as opposed to compressing something that’s already been compressed? It's like stepping on the signal twice with MP3s. With the FLAC version at least you know you’re getting the best you can from your Bluetooth stream.

There is no way to fit all of the pros and cons of different audio codecs into this article, but I hope I’ve expelled enough information to pique your interest to further investigate your own music library. Not everyone is an audiophile, and to some, the difference between an MP3 and FLAC is unnoticeable. On the other hand, you’ll know you’re an audiophile when you can feel the emptiness of a compressed song after hearing the glorious lows and crystal-clear highs from the full-sized version.

Cabe's Corner: More Than a Daily Driver
Just as in any hobby or sport, there are those that are above average and fall into the category of being extreme. In the world of car...

Cabe's Corner: Build a Workshop on a Budget
Many installers who go independent fall into the same trap of thinking they need $100,000 worth of tools and supplies to properly become independent...