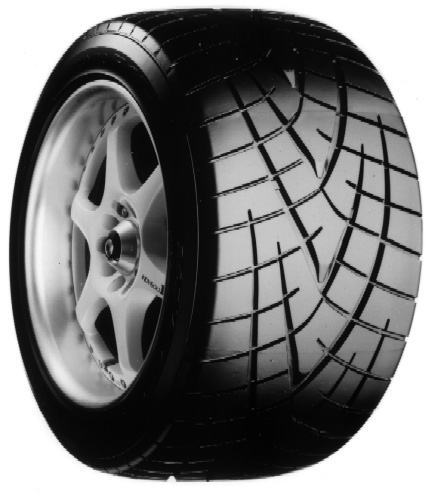 LINCOLN, NEBRASKA – The Labor Day holiday weekend was filled with celebration as four drivers won their respective classes at the SCCA® ProSolo® Finale in Lincoln, Nebraska while competing on Toyo® Proxes® R1R™ tires.  The premier event of the eight race national ProSolo series, the ProSolo Finale draws hundreds of entries from around the U.S. to compete on exciting mirror image race courses at Lincoln Airpark.

Sixteen drivers competed in the ST (Street Touring) class, 11 on Proxes R1R extreme performance tires.  Bill Bounds and Team Toyo’s Tim Smith shared a 1989 Honda Civic Si for the competition.  Bounds scored the victory, while Smith finished in second place by only .003 seconds over a cumulative six races.  Their 2010 finish is a reverse of their 2009 ProSolo Finale, where Smith won with Bounds close behind.  In all, Toyo shod cars swept the top five spots in ST for 2010.

“Lincoln is a really high grip track.  The Toyo Proxes R1R was the tire to be on… they’re just awesome,” said Baker.  “It feels nice to win again.  The competition is pretty stiff as you are meeting people from all over the country, many for the first time which provides an unknown.”

In the STR class, Team Toyo’s Ken Motonishi piloted his 2009 Mazda Miata MX-5 to a dominant first place finish with a margin of 1.621-seconds over second place.  Motonishi switched from a front wheel drive Honda last season to the rear wheel drive Mazda to win once again on Proxes R1R’s.  This is a milestone win, as it is the first year for the popular class.

“My Toyo Proxes R1R tires were great.  I was able to use their ability to launch the car very hard off the start for an early advantage,” said Motonishi.  “Once we got going, our tires worked well… it was a good weekend, everything worked well together.”

Toyo Proxes R1R tires also dominated Ladies Class 1, as Leslie Cohen piloted her 1989 Honda Civic Si to a win over second place Michelle Seelig.  Seelig, a Team Toyo driver, finished only two-tenths of a second behind with her 1989 Honda CRX Si while wrapping up a great year.

“We congratulate all of the drivers that scored wins and podiums at the ProSolo Finale on Proxes R1R tires,” said Stan Chen, manager of events and motorsports, Toyo Tire U.S.A. Corp.  “This has been a great weekend for the Toyo Tires family of drivers and we are proud of their accomplishments.”

The Proxes R1R is ideal to use for aggressive street driving, in the street touring category of SCCA autocross and the street classes at time attacks.  It has won championships in SCCA ProSolo and Solo National, Redline Time Attack!, Formula Drift® and D1 GP.  The Proxes R1R is an excellent choice for high performance driving schools and track days.

To learn more about the championship-winning Proxes R1R and Team Toyo® race drivers, log on to toyotires.com. Voted #1 overall by independent tire dealers across North America*, Toyo Tires manufactures and distributes a complete line of replacement tires for high performance cars, luxury vehicles, light trucks and SUVs as well as tires for commercial trucks, buses and off-road and construction applications.

KBM Auto Art: Painted Initial D Animation Style Cars
Just when you think we may have hit the wall as far as unique paint jobs and finishes go, someone throws a curveball. Graffiti artist KBM worked his...

Brian Crower Toyota A90 Supra Stroker Kit
The BC stroker for the Toyota Supra with the B58 engine will increase displacement to 3.2L and delivers over 300 more ft lbs of torque for even faster...