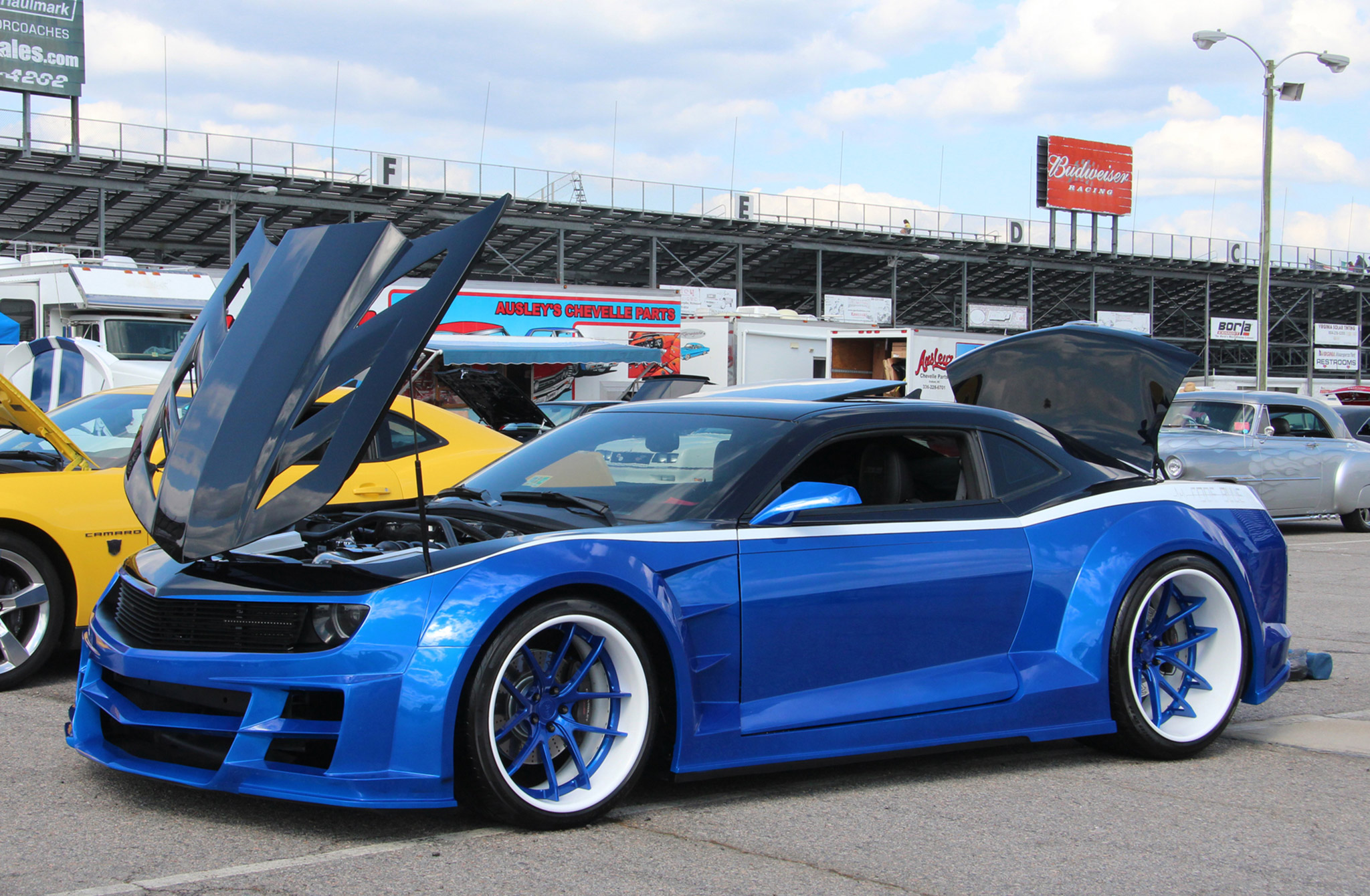 Premium synthetic lubricant manufacturer Royal Purple today announced Frank Daniels’ custom 2010 Chevrolet Camaro as the grand prize winner of the brand’s fourth annual Show It Off at SEMA contest. As this year’s winner, Daniels’ Camaro will be sponsored by Royal Purple as a feature vehicle on display at the 2014 SEMA Show in Las Vegas, November 4 – 7.

The Royal Purple Show It Off at SEMA contest was hosted online on Royal Purple’s Facebook fan page throughout July and August. Over the course of two separate seven-day periods, vehicle owners had the opportunity to submit a photo of their vehicle for the opportunity to display it as a feature vehicle at the SEMA Show. The top five finalists that received the most votes, from more than 30 entries, were chosen by Royal Purple, with the grand prize winner selected by an expert panel of five judges.

“I selected Frank Daniels 2010 Chevy Camaro because this is the prototypical SEMA vehicle,” said judge Mark Fields, who was last year’s contest winner. “With all the over the top modifications like wheels, engine, body modifications, electronics and rear spoiler, it would fit in perfectly in Las Vegas.”

“It has been four years since Royal Purple started the contest, and we are continually amazed at the quality and scope of the entries we receive each year,” said Royal Purple Marketing Specialist, Marlena Solomon. “Selecting just one winner from the finalist field is always tough. Daniels’ Camaro will be in good company with the other feature vehicles the Las Vegas Convention Center at this year’s show.”

As part of the grand prize, Royal Purple will handle all SEMA feature vehicle fees and show registration for Daniels.  He will also receive two SEMA Show credentials, five nights of hotel accommodations in Las Vegas, a variety of Royal Purple apparel to wear, and a seat at Royal Purple’s VIP dinner in Las Vegas.

The SEMA Show is a trade event for automotive industry professionals and is not open to the general public. As the world’s premier automotive specialty products trade show, the SEMA Show brings the industry’s brightest minds and hottest products to the Las Vegas Convention Center. In addition, the SEMA Show provides attendees with educational seminars, product demonstrations, special events and networking opportunities. In 2013, The SEMA Show drew more than 60,000 domestic and international buyers.

About Royal Purple
Royal Purple is the world’s leading lubricant company: The Performance Oil That Outperforms®. Its product portfolio includes a complete line of premium synthetic lubricants and performance chemicals for automotive, commercial trucking and industrial applications. With its proprietary Synerlec® technology serving as the cornerstone for most of the company’s products, Royal Purple lubricants excel in head-to-head performance tests by outperforming the competition. For additional information about Royal Purple, visit www.royalpurple.com or call toll-free 888-382-6300. Like us on Facebook and follow us on Twitter.