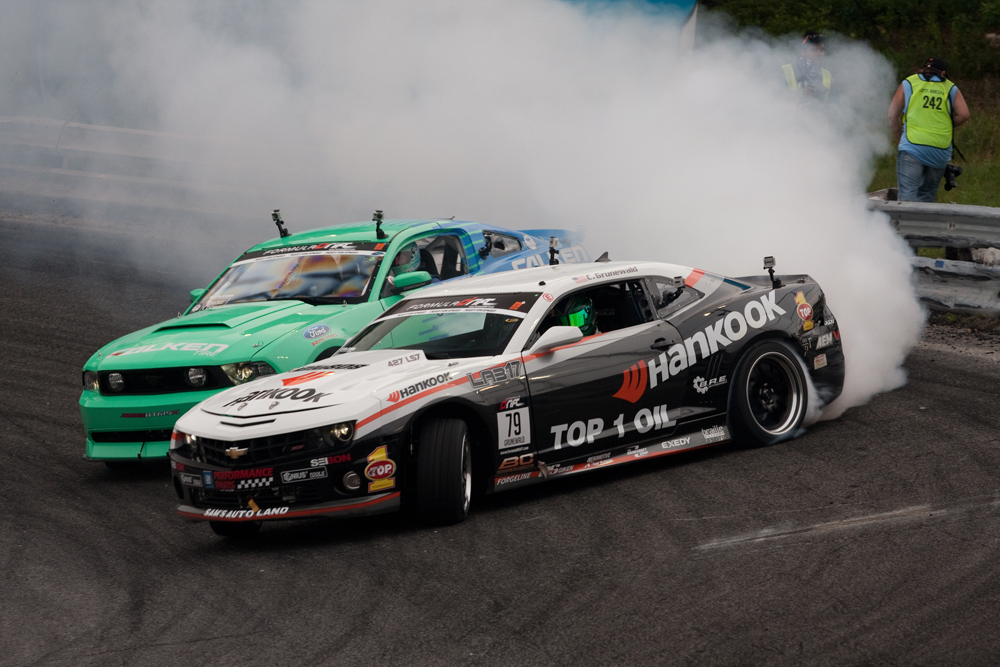 Formula DRIFT announces the 2011 television program schedule on the VERSUS network. Premiere episode to air on August 14 at 5 PM (EST).

“We are delighted to be back on VERSUS, the home of such properties like UFC, Tour de France, IndyCar and NHL. It will be interesting to be part of the Comcast/NBC merger and the positive implications of VERSUS becoming part of the NBC Sports family. As our relationship with VERSUS has grown, so have the ratings of the Formula DRIFT programming,” said Ryan Sage, vice president and co-founder of Formula DRIFT. “VERSUS’s 75+ million households combined with an additional 300 million household distribution internationally, we are glad to continue to not only be the leader in drifting programming, but a real force in motorsports and entertainment.”

The episodes will document all 7 Championship rounds and 1 invitational competition that took place in Qatar. The programs will be hosted by Formula DRIFT co-founder, Ryan Sage along with Formula DRIFT announcer, Jarod deAnda.

The Formula DRIFT program is scheduled for national and international distribution.

In addition to the TV programming, Formula DRIFT can be also seen streaming each competition live on the internet at www.formuladrift.com/live. Also scheduled to air in the coming months is the Formula DRIFT Round 1: Streets of Long Beach event in 3D on DirecTV’s n3D channel.

Formula DRIFT 2020 Virtual Awards
As is traditional at the end of a competitive Formula DRIFT season, everybody involved in the sport gets together to celebrate the winners and...

Formula Drift 2020 Champion Crowned
The 2020 Formula Drift circuit has come to close at Irwindale Speedway, crowning a new champion and setting the stage for next year’s competition....