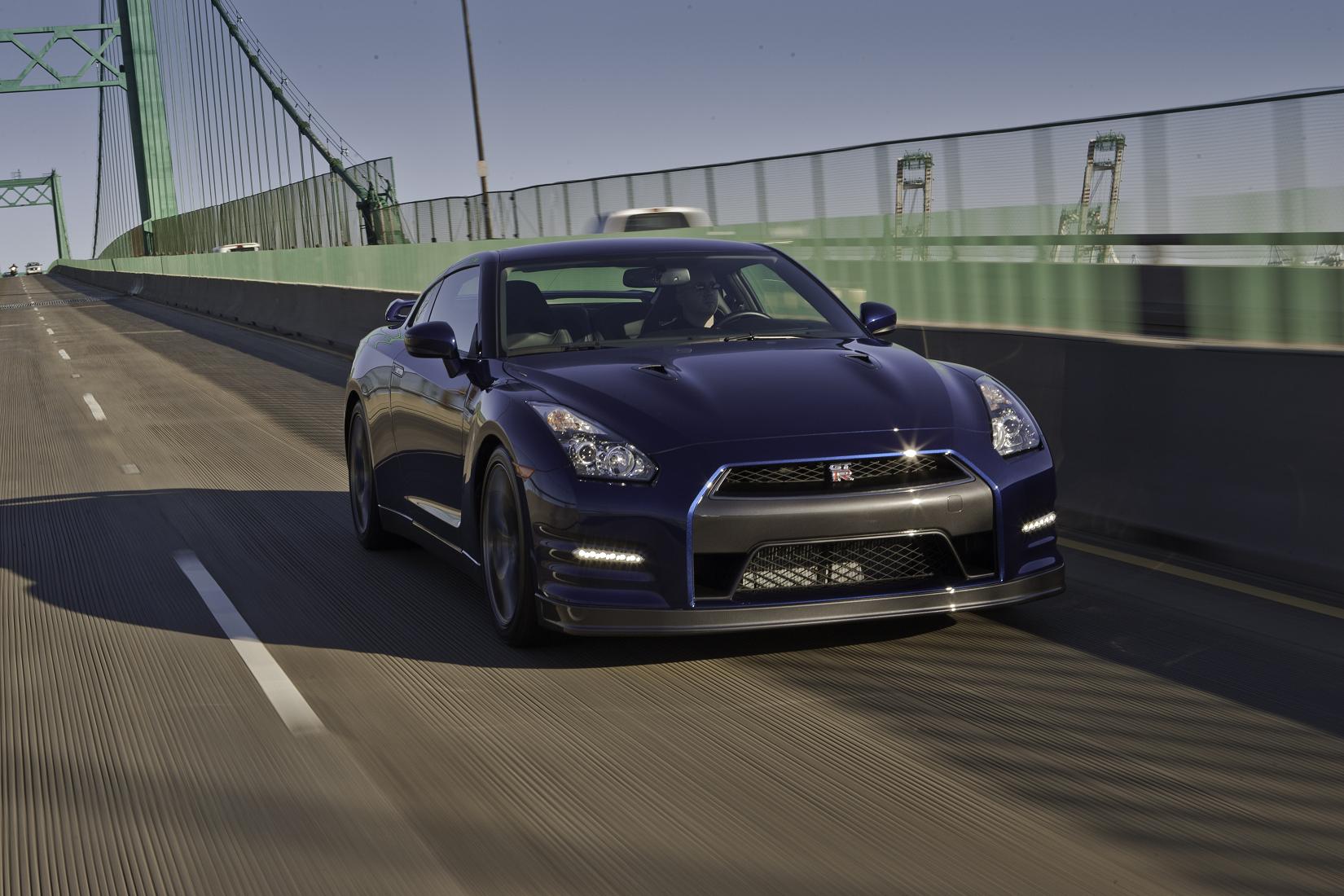 MISSISSAUGA, ON (Nov. 17, 2010) - Entering its fourth year of availability in the North American market, the 2012 Nissan GT-R has a new look, new colours, new wheel design and, most important to fans of pure power, more horsepower under the hood.  In addition, a new “Black Edition”– with unique seats, interior colours and wheels – joins the GT-R Premium model.  The latest iteration of Nissan’s legendary supercar makes its North American debut that the 2010 Los Angeles Auto Show and will be available at official “GT-R certified” Nissan dealers across Canada in early 2011.

The 2012 Nissan GT-R’s advanced VR38DETT 3.8-litre twin turbo V6 now produces 530 horsepower (versus the previous 485 horsepower) and 488 lb-ft of torque (versus the previous 434 lb-ft) – a result of modifying the boost pressure of the turbocharger, valve timing and air mixture ratio, and through reducing intake air resistance by enlarging the inlet pipe diameter.  In addition, exhaust air resistance was reduced through use of an enlarged section of exhaust pipe.

GT-R’s already impressive aerodynamics have been improved for 2012 with downforce increased by about 10% and the coefficient of drag reduced to 0.26 (from 0.27).  Stability is improved by enlarged fascia and grille openings, which also help reduce air resistance inside the engine compartment.  The volume of air that passes through the radiator and cools the front brakes is also increased.


The redesigned rear fascia features a lower centre of gravity than the previous design, created by using a sculpted lower section and extended length.  Underfloor cooling performance is also enhanced and air resistance reduced by extending the rear diffuser.

In addition, cooling performance for the muffler is improved and rear downforce is increased by about 10% through use of a new rear fascia outlet and new vents on the lower rear fenders that help remove air from the rear wheel wells.  Newly designed larger diameter tailpipe finishers are also adopted.  Six exterior colours are available, including two new colours: Deep Blue Pearl and Jet Black.  Other available colours are Solid Red, Gun Metallic, Pearl White and a limited production 4-stage metallic Super Silver.

Inside, the revisions for 2012 include new carbon fiber trim and upgraded materials.  The Black Edition adds custom red-trimmed Recaro® seats, red and black interior trim and a dark headliner.

“The Nissan GT-R continues to be a multi-dimensional performance machine that lives up to the concept of ‘the ultimate supercar that can be driven by anyone, anytime, anywhere,’” said Mark McDade, Director, Marketing, Nissan Canada Inc.  “With the enhancements for 2012, including its 530-horsepower twin turbo V6 and revised styling, the GT-R legend continues to grow.  We can’t wait for its arrival in Nissan showrooms, and on the streets, here in the Canada.”

Additional information on the 2012 Nissan GT-R, including on-sale date, will be available in the coming months.