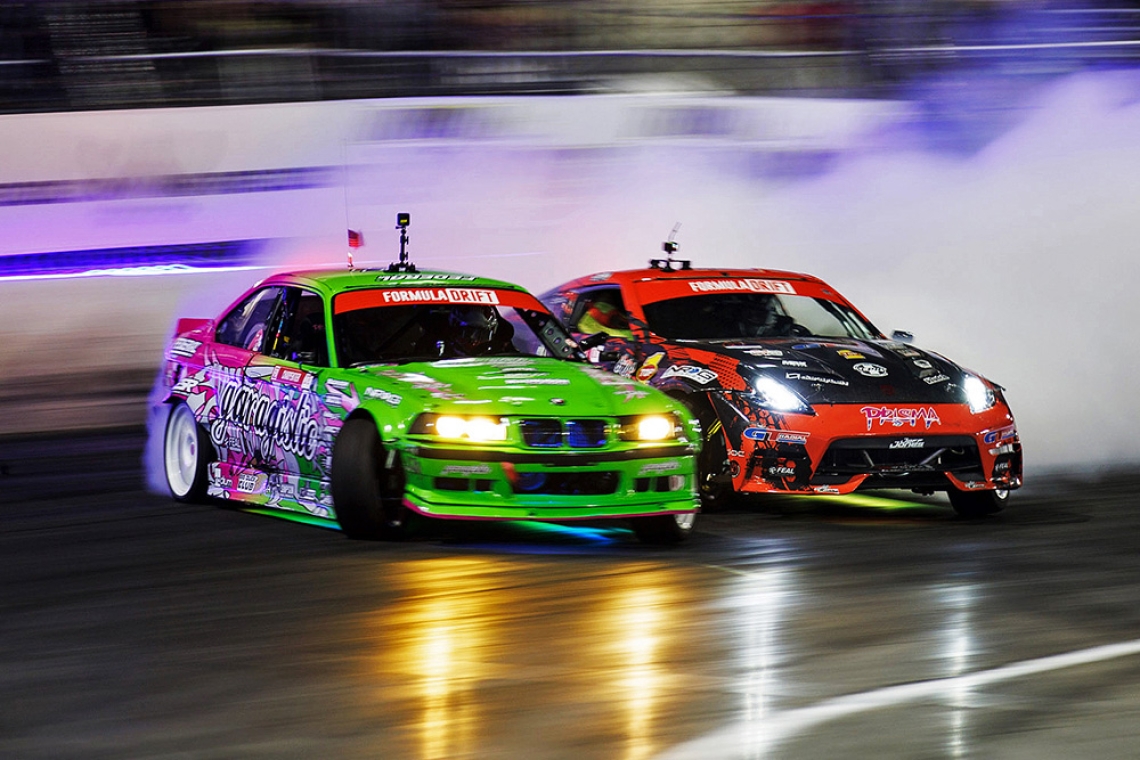 Visitors to the Los Angeles Auto Show and fans of Formula DRIFT will have an opportunity to experience the unparalleled excitement of drift demos. For anybody who has never witnessed 1000hp Formula DRIFT PRO cars in action, they’re guaranteed an unforgettable spectacle that will thrill any motorsports enthusiast.

Characterized by all the engine noise and tire smoke of a Formula DRIFT event, the demos will take place on Friday 25 and Saturday 26 November. The action can be found on the North Plaza of the LA Convention Center campus, which is accessible from the West Hall or via Chick Hearn Court. Starting at 11AM each day, the Formula DRIFT demos will be included in the price of admission for all LA Auto Show visitors on the applicable days.

In addition to the demos, a driver autograph session will take place at 2:30PM on both days for fans to meet the men behind the wheel.

The driver line up for the Formula DRIFT demos at the 2022 LA Auto Show include stars of both the PRO and PROSPEC categories:

The schedule for both Friday 25 and Saturday 26 November is as follows:

The Los Angeles Auto Show is celebrating its 115th anniversary. It takes place from November 18-27 at the LA Convention Center. Tickets can be purchased online at laautoshow.com/tickets or at on-site ticketing kiosks with a credit or bank card. Individual tickets, family and VIP packages are available.

Hearing protection is encouraged for visitors to the drift demos, especially younger attendees. Foam ear plugs will be available to spectators while supplies last.

Formula DRIFT is recognized as the leading international drifting championship. Established on the streets of Japan, drifting has evolved into a worldwide competitive sport that challenges the driver's skill while demanding a great deal from their vehicle in terms of power and strength. Formula DRIFT provides a series for the best professional drifters from around the globe to compete for the coveted title of Formula DRIFT Champion. As the first official drifting series in North America, Formula DRIFT has taken competitive motorsports to the extreme, attracting drift fans and car enthusiasts from all walks of life, and established itself as the global leader for the sport. For a competition schedule, ticket information, special content and livestream, please visit formulad.com.