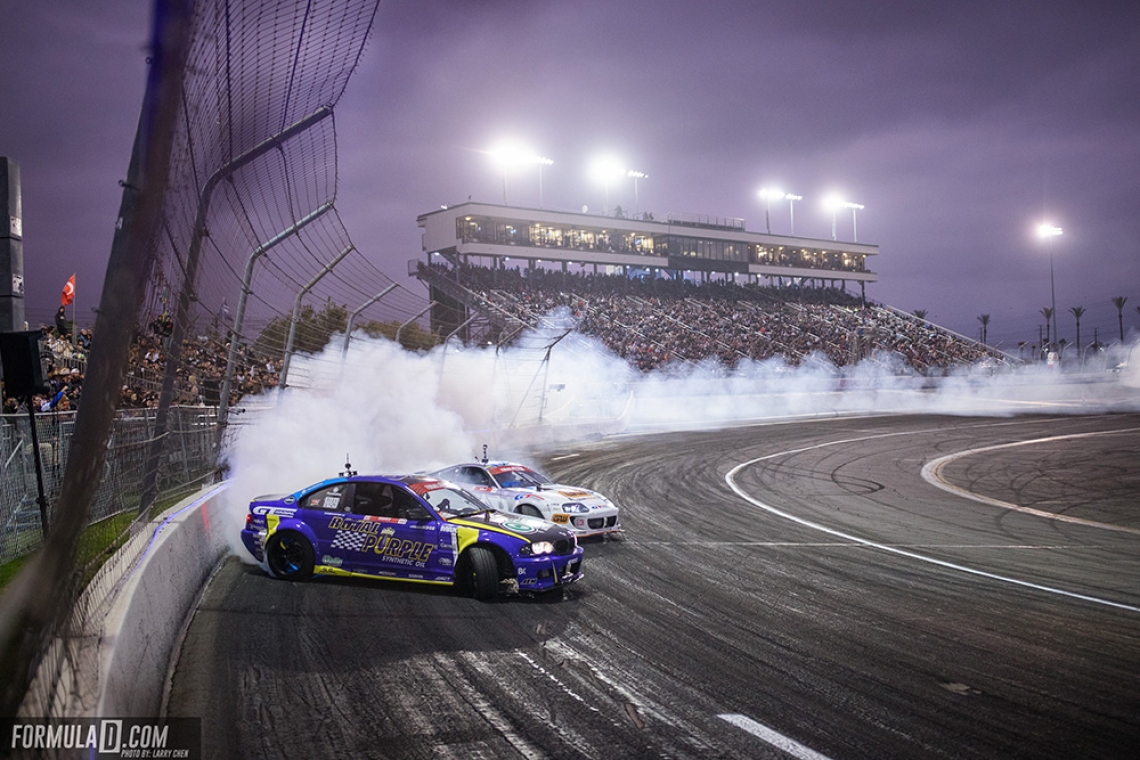 Only ten short days since the 2021 Formula DRIFT PRO and Link ECU PROSPEC Championships were decided at Irwindale Speedway, the series is announcing its full 2022 schedule.

There is an exciting addition next year, and everybody will be pleased so see the traditional season opener on the Streets of Long Beach has returned to its April schedule, while the season will end, as always, at Irwindale Speedway in October.

The headline story is the addition of Utah Motorsports Campus in mid-September. It replaces Lake Erie Speedway, which appeared on the 2021 schedule.

In addition to the FD PRO teams, Utah Motorsports Park will host the Final Round of the PROSPEC series, giving the teams an opportunity to shine ahead of the PRO Final at Irwindale Speedway one month later.

Otherwise, the 2022 venues remain the same as this year, including a return to the purpose-built Drift Arena at Englishtown Raceway Park.

“2021 was one of the most successful years in Formula DRIFT history! ” said Ryan Sage, Formula DRIFT President. “Coming off 2020, which was challenging for everybody, we’re extremely grateful for the strength of support shown by the FD community – illustrating, once again, why Formula DRIFT is one of the fastest growing motorsports series in the world.

“For 2022, we’ve added a new venue – Utah Motor Sports Campus – to host both PRO and PROSPEC rounds. And while we removed Erie Speedway from the schedule, we were very impressed with the professionalism and success of our first event, so we look forward to returning there in the future.”

The weekend format introduced in 2021 will remain in place, with PRO and PROSPEC teams qualifying on Friday utilizing the Knockout Qualifying Format, which sees each driver run once before the bottom eight qualifiers run a second time to secure their qualification or risk elimination. Both championships will then compete in Top 32 elimination heats on Saturday.

The entirety of the 2022 FD PRO and Link ECU PROSPEC Championships will be free to view online thanks to the hugely popular Formula DRIFT livestream. This can be accessed via formulad.com as well as its social media and YouTube channels.

Formula DRIFT is recognized as the leading international drifting championship. Established on the streets of Japan, drifting has evolved into a worldwide competitive sport that challenges the driver's skill while demanding a great deal from their vehicle in terms of power and strength. Formula DRIFT provides a series for the best professional drifters from around the globe to compete for the coveted title of Formula DRIFT Champion. As the first official drifting series in North America, Formula DRIFT has taken competitive motorsports to the extreme, attracting drift fans and car enthusiasts from all walks of life, and established itself as the global leader for the sport. For a competition schedule, ticket information, special content and livestream, please visit formulad.com