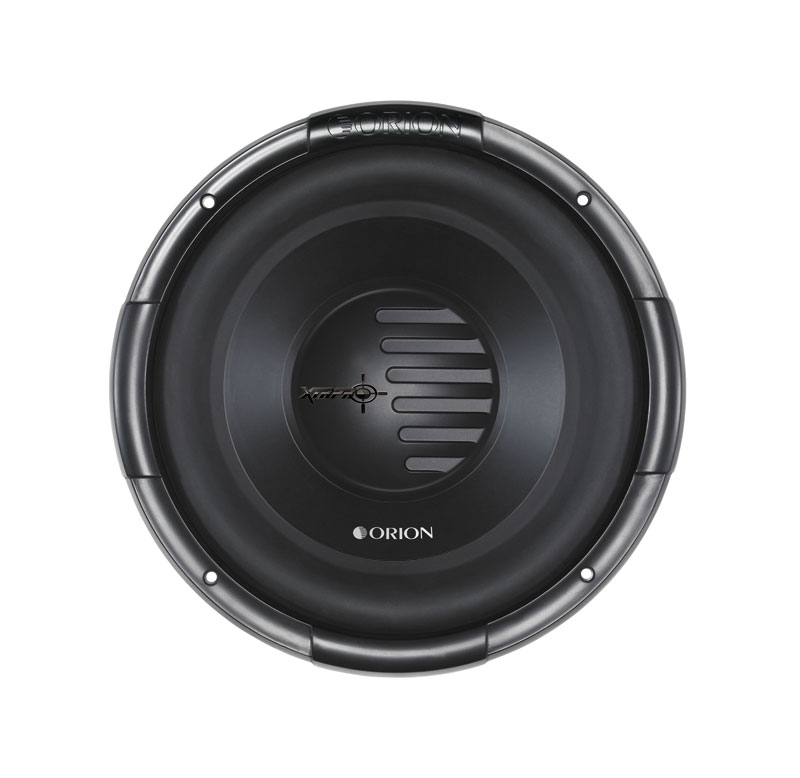 For some people, simply having decent bass in their cars just isn’t enough. These folks want their bass low, loud and proud. Whether you’re cruising along the boulevard or fighting for bragging rights in the SPL wars, Orion has created a series of woofers with you in mind. Meant to be some of the highest output woofers this side of a full-on SPL competition vehicle, the XTRPRO series are built to play loud and sound good doing it. One of the most popular models in the series is the XTRPRO124, and we thought we’d take a close look at it and see what makes it special.

The XTRPRO124 is a 12” dual four-ohm voice coil subwoofer, and is designed to be used in sealed or vented applications. After unpacking the woofer, the first word that came to mind when looking at it was tall. From the tall and narrow “Symmetrical Tuned” long throw surround, to the nearly 3” deep stacked magnet assembly, to the 6.5” overall mounting depth, everything about the XTRPRO124 says tall. And tall can be good, because it generally means more opportunity for high excursion, and that means more output.

Examining the construction and features from the top down, I noted the tall surround is secured to the cone with adhesives and stitching, another sign that the woofer is built for high performance use. The entire cone is made of a paper/carbon blend to reduce ringing and cone resonance. An injection molded poly dustcap trims out the center of the radiating surface. The woofer also includes a stylish ABS trim ring to hide the mounting screws and trim out the look of the woofer nicely.

Moving down below the cone, pair of linear Nomex spiders holds the former precisely in the magnetic gap, and also serve as a mounting surface for the heavy duty insulated tinsel leads that are stitched to the spider to prevent lead slap issues at high excursion. Providing the drive for the woofer is a 2.5” four-layer copper voice coil, wound on a vented aluminum former. All of this technology resides within the confines of a robust cast aluminum basket, which incorporates four large vented areas as part of the Orion “Tri-Cooling” system. The cooling system is designed to manage air flow through the voice coil by integrating vents in the former, the basket area above the magnet but below the spider, and the large vented pole piece. Of course the better the air flow, the greater the thermal reliability of the woofer will be, and Orion has definitely focused their engineering on this critical area.

The XTRPRO124 basket is nicely finished in a matte black powdercoat and the basket features sleekly integrated set screw type terminals that will easily accept 10 gauge wires. I’ll admit it was nice to see something a bit different in the sea of spring loaded terminals found on most everything else these days.

There’s one other thing I felt was worth noting about the XTRPRO series, and that is the very useful owner’s manual that comes with these woofers. Not only are all the Thiele-Small parameters listed, but there are very detailed instructions and plans for enclosure design included as well. In a day and age where so many companies are cutting corners on things like manuals, this one is certainly useful and nicely done.

After the usual break in period and following the recommendations in the excellent and detailed owner’s manual, I mounted the woofer in a 1.5 cubic foot sealed enclosure, and wired it to my reference system with the coils in parallel for a two ohm load. With the gains adjusted and the subwoofer crossover point set to 100Hz, I sat down and began my audition of the XTRPRO124. I already expected prodigious output from the Orion woofer, but man this thing plays LOUD. And while loud is good, to be really recognized as a high performance product, a woofer has to sound good too. Turns out I had nothing to be concerned about, because the bass was tight, really deep, and well-defined. The sound from the XTRPRO124 was really musical and natural sounding without adding a bunch of its own resonance or “ring” to the music. One of the tracks I use frequently when evaluating woofers is “My Maria” by Brooks and Dunn. The kick drum in this track is very well recorded, and has excellent definition. On a good system you can hear the attack as the batter strikes the drumhead, and the full, warm resonance of a properly tuned bass drum. The XTRPRO124 passed this test with ease, and went on to sound great on everything from Jennifer Warnes to Nelly. 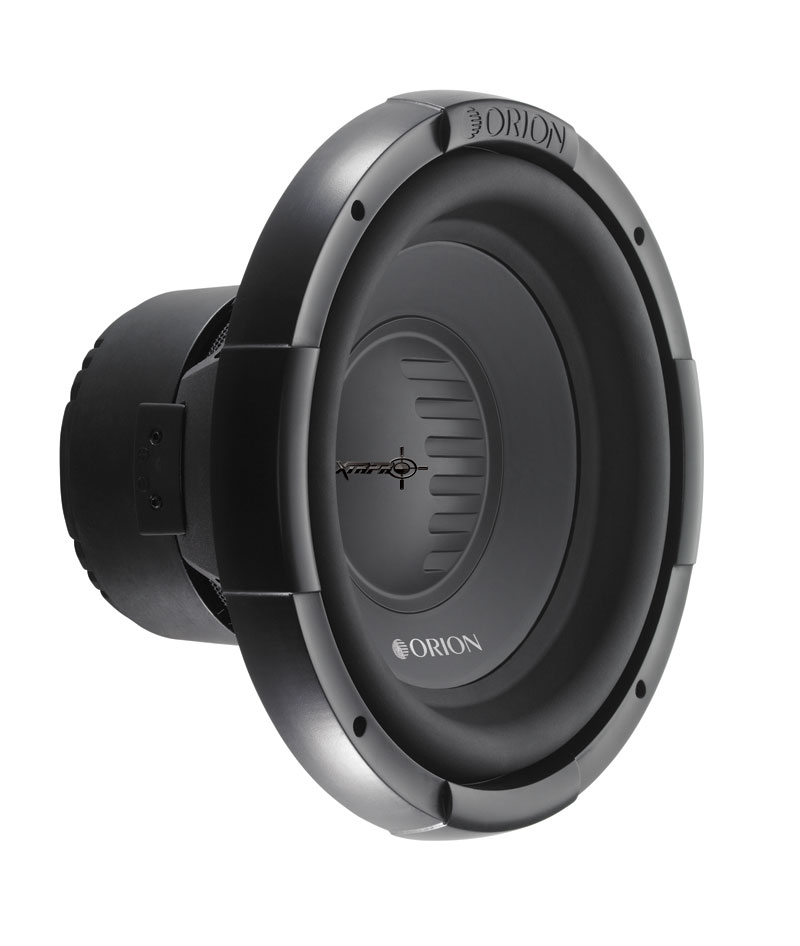 As I listened, I grew more impressed with the performance of this “SPL” woofer. In the sealed enclosure I was using, the bass was very linear and I did not have to increase the volume to hear the bass detail. But when I did “get on the knob”, the sound never got boomy or sloppy sounding. From rock to hip hop, classical to country, the Orion XTRPRO124 sounded excellent. When pushed hard with bass heavy music at high power levels the woofer retained its control and composure, and delivered good sounding, loud bottom end.

After spending a lot longer listening to it than I had originally planned, the woofer was allowed to cool overnight, and the next morning I moved it into the lab for some measurements. After completing the measurements of the woofer, I was happy to see that my data closely correlated with the published data in the owner’s manual which is a good indicator of build quality and consistency. The numbers indicate that the woofer can also be used effectively in a vented enclosure, but unfortunately I had run out of time, so I didn’t have the opportunity to try it. But if the sealed performance is any indication, in a vented box, this thing will really haul the mail! Quite honestly though, it sounded so good in the sealed enclosure that I’d be reluctant to give up any of the control and low frequency extension just for more output. But, if SPL is where it’s at for you, by all means give the vented option a try.

I knew that the XTRPRO series woofers were designed to handle power and play loud. But what I didn’t know is that the woofer would also sound as good as it does while doing it! If you’re looking for a good sounding, musical woofer that also likes to stretch its SPL legs, the XTRPRO124 fits the bill. And with a street price of around 200 bucks (U.S.), it’s also great bang for the buck.

Wider (And Going Lower): Joshua Stubstad's 1993 Toyota Supra Turbo
Joshua Stubstad of Team Hybrid debuted the new wide body on his Supra at our Tuning 365 Show at Formula Drift Long Beach. And not only did we ask him...

PASMAG Unboxing: Liqui Moly CERA TEC
We get a special appearance by our resident PHD in absolutely nothing, Dr. Leadfoot, to help our Editor, Adam Leadfoot, unbox a car care package from...