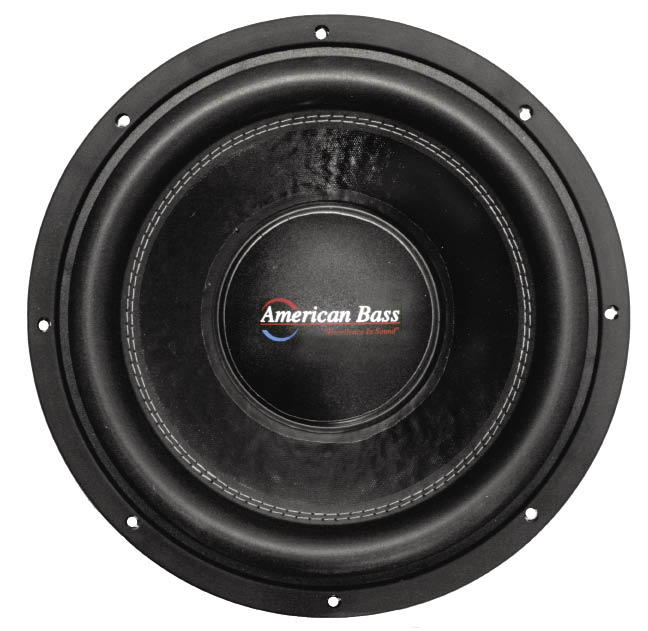 If you are into SPL or follow the exploits of any of the top competitors in the various SPL contests, you’re probably very familiar with the name American Bass. Established back in 1991, and based in Maple Heights Ohio, the folks at American Bass are no strangers to the SPL contest winners circles having set records in dB Drag Racing, USACi, and MECA competitions.

We recently got our hands on one of their rugged XFL series woofers, specifically the XFL1244. With a reputation for producing low and loud bass, and the ability to handle extreme amounts of power, I was looking forward to putting it to the test here in the lab.

Before we even got this subwoofer out of the box, I’d realized the American Bass XFL1244 is a very serious woofer indeed. Weighing in at just over 35 pounds, you can tell just by picking it up that American Bass wasn’t fooling around when they designed this bad boy. And then when I saw that it sells in the USA for only $249 bucks, ($299 in Canada) I was really curious to see just how well it would do when I began to test and abuse it.

The American Bass XFL1244 is a 12-inch dual 4-ohm voice coil subwoofer with a continuous power rating of 1,000 watts. It uses a cast aluminum basket for strength and rigidity, and the motor assembly alone weighs over 14 pounds! Inside the magnetic assembly is a 3-inch copper voice coil, which is wound on a black anodized former for improved heat dissipation and maximum reliability. The top plate and bumped bottom plate of the motor assembly are also black anodized to aid in heat dissipation. The aluminum voice coil former connects to the suspension via a three layer progressive type spider, which is made from black Nomex and incorporates the voice coil tinsel leads between the layers. The triple spiders outer diameters are anchored to the woofers frame by a special synthetic spider landing. It would appear that the American Bass XFL1244 is built to take some real hard hitting abuse!

The cone of the woofer takes an old-school, but tried and true approach, with a black, non-pressed paper cone and a convex dustcap. The low compliance foam surround is an extra tall design to accommodate large excursion travel. The surround is attached to the cone with both adhesives and stitching, again to maximize durability under extreme conditions. 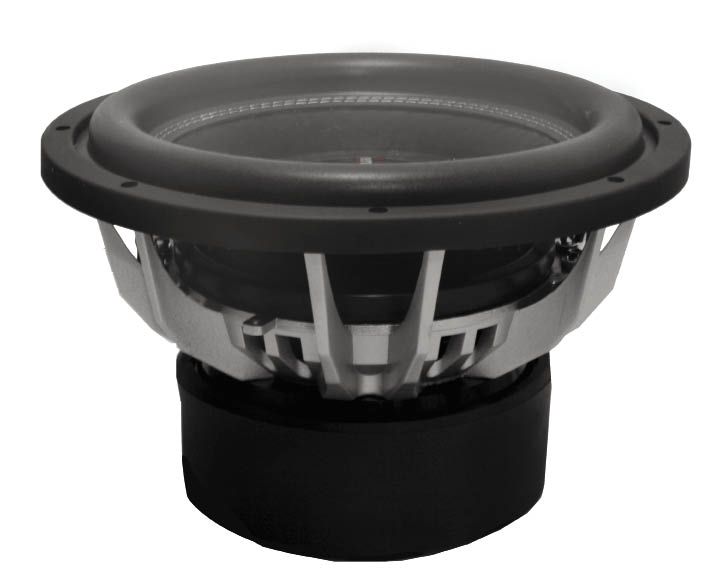 Electrical connections are made via the ubiquitous, but convenient spring loaded binding posts, but in this case, they are spaced too far apart to accept a traditional double banana plug. However, they will certainly accept up to 8 gauge cable, or spade terminals if you prefer. The backside of the woofer is all business but looks good, with that monster of a motor wrapped in a black rubber bumper. As you would expect, the pole piece is vented, as is the area under the spider to promote voice coil cooling.

When I first unpacked the woofer, I was examining it and I gave a little press on the cone to see how compliant the suspension was. It didn’t move. At all. I pressed harder and it moved maybe a millimeter or two. Then I pressed on it with both hands, and I could maybe move the cone assembly a quarter inch! This American Bass subwoofer has an extremely stiff suspension, which makes sense since it is specifically designed to work in vented enclosures and handle really high power levels.

As usual, the first thing I do with a woofer is break it in, or “exercise” it. In this case, I used a 10Hz signal to maximize excursion and allow the suspension to soften up a bit if it was going to. With enough power applied to get about half an inch of cone movement, I let the woofer run for about 10 hours. Then I removed the signal, and allowed the woofer to cool and the temps to normalize overnight. Normally you don’t need to do this when buying a new woofer, because it will break in as you listen to it for the first couple of weeks. But because I don’t have the luxury of taking 2 weeks to review a product, I have to accelerate the process as described above. The manual does not specify a particular enclosure recommendation, but a quick call to Bob Ahuja at American Bass got me the info I was looking for. Bob suggested a vented enclosure between 1.5 and 1.75 cubic feet, with a low tuning frequency, between 35 and 40Hz. From what I had seen of this woofer, those suggestions sounded spot on, so
I pulled out a sheet of ¾-inch MDF and constructed a 1.75 cubic foot box, and tuned it to 38Hz.

After I got the woofer in the enclosure, I connected it to my reference system, and used a 1,000 watt amplifier to drive the woofer, with the coils in parallel for a 2 ohm load. With the amplifiers crossover set at 80Hz, and the subsonic filter at about 30Hz, I sat down and played a bunch of different music through the XFL1244.

This American Bass woofer plays low, and loud! Power handling was never an issue, and I never saw any indication of reaching the woofers limits even when playing at very high levels. The sonic performance of the woofer was good too, the output was warm sounding, with decent definition, and not a lot of “overhang” on the transients. Fast plucked bass notes such as in Thom Rotellas’ “Friends” sounded strong and powerful, and you could easily hear the resonances and echo in the recording. The bass and drums in The Blues Brothers version of “Sweet Home Chicago” sounded very natural, and like I’ve noted with other paper cone woofers, had that really pleasing “round” and warm timbre that I particularly find natural and realistic.

Pushed hard on bass heavy tracks from Nine Inch Nails, Nelly, and 50Cent, the American Bass XFL1244 simply pounded out the bass with nary
a whimper or protest. In terms of output, the woofer is right there with most of the other very high power handling woofers I’ve tested. They have a bit lower overall efficiency, but the tradeoff is the extreme power handling and the amount of abuse they’ll take, where a more efficient woofer would simply self destruct. No worries here, this American Bass subwoofer can certainly handle all the power it’s rated for.

With my listening complete, I let the woofer cool back down overnight and moved it to my bench and measured the Thiele-Small parameters. I was a bit surprised to find them significantly different than the published specs, so I took the time to start over, and completely re-measure them, but my results were the same. This happens from time to time, as products evolve and improve over time, and isn’t all that unusual. If you are designing subwoofer enclosures with Thiele-Small parameters, it’s always a good idea to double check them with a call to the manufacturer, just to be sure you have the “latest and greatest” information. The American Bass XFL1244 measured pretty much exactly as I suspected it would after examining it and listening to it. It has a fairly high Fs, and extremely low compliance, which makes it very well suited to vented box applications. I would agree with American Bass’ recommendations, this is definitely a vented box woofer only.

The very reasonably priced American Bass XFL Series of subwoofers are a great choice for anyone looking for high power handling and better than average sonic performance in a vented system. They excel at higher than normal SPL levels, and are realistically rated when it comes to power handling. And while there are lots of more expensive 1,000 watt woofers out there, the American Bass XFL1244 certainly proved to me that you don’t need to spend a fortune to get a good quality, hard-hitting, high performance subwoofer. For more information, visit www.americanbassusa.com.

Kicker Passive Radiator
Whether you are looking for Earth-shattering bass, or something just to “fill the hole” in your sound, when you think of subwoofers, most think of...