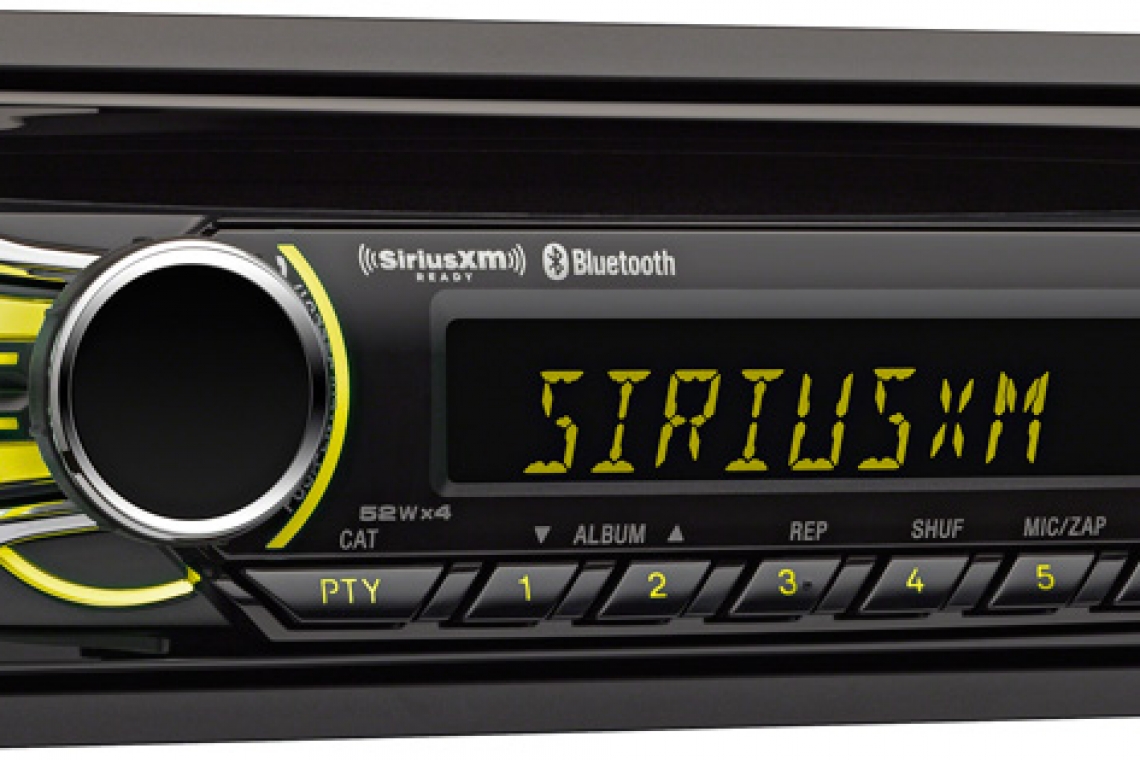 For anyone truly into car audio, when it comes to finding reasons to put a new head unit in your dashboard you probably don’t have to think too hard. But if you’re like me, the first things that come to mind are sound quality, safety, and convenience. Right behind those are great value for the money spent, reliability and cool factor. Well, if your list of reasons is even remotely similar to mine, you should have a look at the new MEX-BT4000P from Sony. This single DIN-sized head unit has all of the above, and probably a bunch of other cool things you wouldn’t even be expecting at a sub-200 dollar (US) price point.

FEATURES
While the Sony MEX-BT4000P is certainly not an expensive head unit, it’s absolutely loaded with useful features. Some, like handsfree Bluetooth connectivity, are focused on both safety and convenience, while others like the ability to connect to Pandora via web-enabled smartphone or Sony’s “Dynamic Color Illuminator” are just plain cool, and make the ride more enjoyable.
Let’s start with the basics, which include a high performance RDS AM/FM tuner, a front-loading CD mechanism, USB and Aux input ports on the detachable faceplate, and full compatibility with iPhone or iPod, or other USB-compatible device. Playback for MP3/AAC and WMA files is supported, and the unit is also SiriusXM™ satellite radio-ready if you want to connect an optional satellite radio tuner.
As with most of the other Sony’s I’ve reviewed recently, the MEX-BT4000P comes with easy to use search features like Sony’s Quick-BrowZer®, and handy Zappin™ function. These tools are designed to make finding the music you want to listen to quick and easy, even if your player is loaded with thousands of songs.
A built-in four channel amplifier provides 17 watts per channel directly to your speakers, or you can add amplifiers to the system using the three pairs of preamp outputs.
Sony’s “Advanced Sound Engine” brings a 7 band graphic EQ, high pass crossovers for the main channels and low pass crossovers for the subwoofer outputs. The built-in crossovers have selectable frequencies, as well as selectable slopes. Also included, thanks to the on board DSP power, are adjustments for signal delay or “time alignment” and an automatic level optimizer that evens out the volume differences between sources. Additional features such as DM+ advanced sound restoration, and a rear bass enhancer for those cars who have yet to add a subwoofer make the unit very flexible to adapt and tune for almost any audio system.
The Pandora internet radio application is quickly becoming one of the most sought after functions in new head units, and if you’ve already experienced the fun of creating your own “radio stations” on the internet, you can understand how nice it is to have music you truly like at all times. And best of all for Pandora enthusiasts the MEX-BT4000P supports Pandora operation for Android, iPhone and even BlackBerry smartphone users.
Sony’s Dynamic Color Illuminator allows you to match the radios display colors to your dashboard lighting, and if you enable the Sound Synchronization you can even have the colors change with the music.

CONTROLS AND ERGONOMICS
The MEX-BT4000P is really simple and intuitive to use, especially after the first hour or so. Most of your control inputs will be done on three main buttons, the rotary volume control which also functions as a push/turn selector for EQ and other settings, and the track up/down buttons. The volume control is detented for good tactile feedback, and the outer rim of the knob is trimmed in a textured rubber for good grip even while wearing gloves. The track up/down buttons are large chrome bits mounted to the left and above and below the volume control. The results are commonly used controls which have been made easy to find and use without looking, contributing to safety as well as just general everyday ease of use. The display is a fairly simple LCD affair, but it will scroll metadata such from RDS radio stations, iPod/iPhone and the Pandora app. I found the display pretty easy to read when the illumination color was lighter, but it did get tougher to read when I chose some of the darker red/purple colors. I also noted that it had a tendency to be a bit difficult to read in direct sunlight, although the curved shape of the lens over the display did help reduce overall glare. A USB port hides nicely behind a small door on the right hand end of the faceplate, while the Aux input jack finds its home directly below the USB port, and the level of the Aux input can be adjusted to match the output level of your player. The faceplate goes on and off very easily, and connects with a solid click. I liked the way the track shuffle and repeat buttons were right there on the front panel as well, and didn’t require me to scroll through some menu to access them.

LISTENING
I set up the MEX-BT4000P in my listening room, and after an hour or so of listening to all of the available sources including Pandora, I had absolutely no complaints with the sound quality. Pairing the unit with my phone was also quite simple and intuitive, and once paired, the handsfree telephone functions worked great as did Pandora. I did notice just a tiny amount of latency with the Pandora app in use, but that was more likely due to my cell phone than the head unit. Overall, my experience in using and listening to the MEX-BT4000P was very positive, and I think Sony has done a good job in improving the intuitiveness of their products. Although I read the owner’s manual just to make sure I was aware of all the features and functions the unit had, I did not need the manual to figure out how to adjust or connect anything, which is a lot more than I can say for some other head units.

ON THE BENCH
Getting the MEX-BT4000P on the bench, I found that it met or exceeded all of the published specifications, and in some cases, by a significant amount. Signal to noise was very good, as was the output impedance, both measuring quite a bit better than the published specs in the manual. RCA line output voltage was 2.0 volts as stated, and while that’s a bit lower than I would like for optimal noise rejection and dynamic range, it’s right on target for units in this price category.
The DSP functions worked exactly as intended, and the EQ adjustments were very precise.

CONCLUSION
The new Sony MEX-BT4000P has an awful lot going for it, from very good sonic performance to the convenience and added enjoyment that Bluetooth and Pandora bring to the table. Its powerful DSP functions allow it to be used in everything from a “deck and four” to a full-on multi-amp system. From an electrical/audio perspective, you won’t find much better performance at anywhere near this price so the MEX-BT4000P is a great choice, particularly if you’re on a budget.