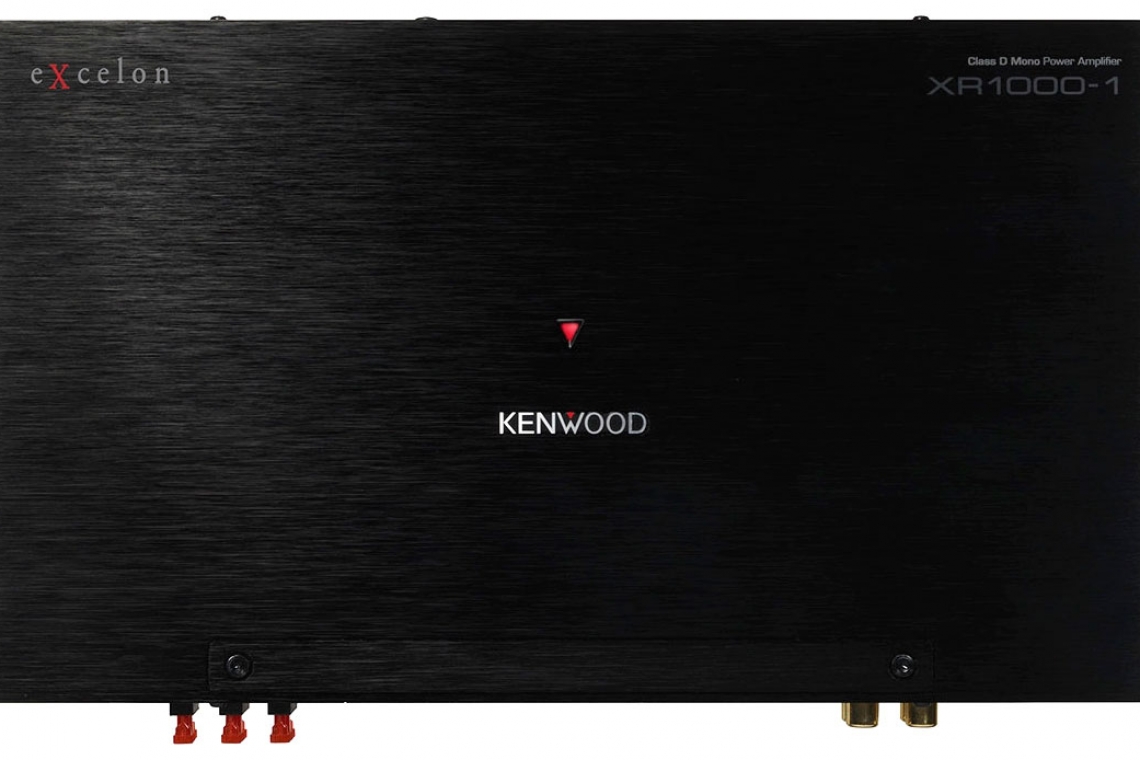 From the folks at Kenwood comes the premium eXcelon series of products.

The eXcelon XR amplifiers incorporate the latest technology, and are designed for the highest levels of sonic performance Kenwood has to offer. This time we are going to take a look at one of the “Reference-Fit” amplifiers, the XR1000-1 subwoofer amp. The powerful Reference-Fit amps are designed with a small footprint and are only two inches tall. This compact design is made possible by a high density circuit board, working in tandem with carefully engineered forced air cooling and temperature control systems. The XR1000-1 is rated at 500 watts into four ohms, and 1000 watts into two ohm loads. It has a two year warranty and a suggested retail price of $600.00 in the U.S. 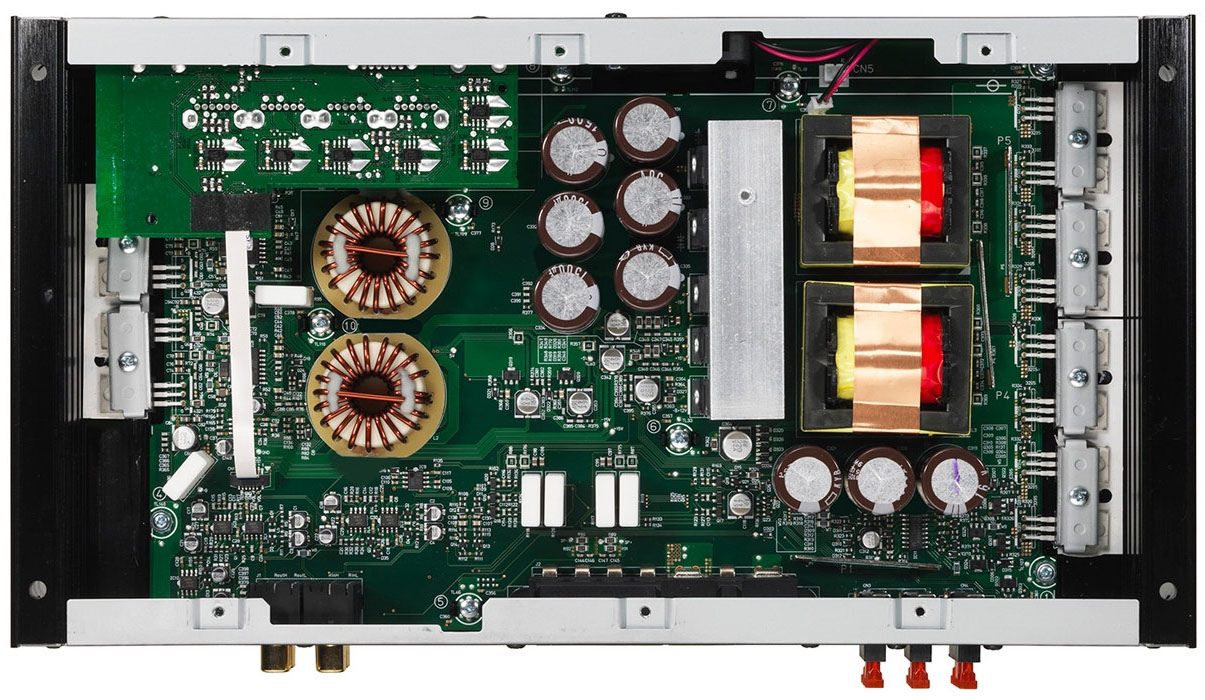 The Kenwood XR1000-1 is a smooth looking, well finished amplifier, with a brushed black anodized top, giving it the look and feel of a piece of high end home gear.

Power, input and output connections are recessed on one side of the chassis, further reducing the amps size. All the controls and adjustments are found on the opposite side, next to the centrally mounted fan. Gold plating is used on the RCA input connectors to prevent signal loss due to corrosion in the harsh automotive environment.

A circuit Kenwood calls “Dual Sigma Drive” provides improved high speed correction feedback, which reduces distortion and increases overall signal accuracy. This ensures the bass produced from the amplifier will be tight and well controlled under all conditions. Adjustments include input sensitivity, a switchable and variable infrasonic filter (15-40Hz), a variable bass boost control, and a low pass filter that’s adjustable from 50-200Hz. A switch also allows the selection of either a second-order or fourth-order crossover slope. The ability to control the amplifier’s turn-on via signal sensing is also available for applications where a traditional remote wire isn’t available.

A quick look inside the amplifier confirmed the high density four-layer circuit board, and revealed extensive use of surface mount parts and other high quality components. The power supply uses eight high current MOSFET devices, and three 6800µF high speed capacitors for energy storage. The amplifier’s secondary capacitance is made up of six 1500µF caps, which feed four high current MOSFET output devices.

I connected the XR1000-1 to my reference woofer system configured to a 2 ohm load. I chose to use the 2 ohm configuration, just to push the amp and see if I could find its limits. Adequate power is always a key part of a woofer system, and the eXcelon amp delivers every watt you expect, and seldom runs out of steam. I did get it to the clipping point when I listened to The Cincinnati Pops version of “The Planet Kypton” at very loud levels, but this was not the fault of the amp, it was more the over-enthusiasm of the user. This track has some 18Hz pipe organ notes recorded at very high levels. Intricate bass work, like the drums and plucked bass on Paul Simon’s “Graceland” were reproduced with excellent transparency. Overall, the Kenwood amp is really musical and virtually transparent, which is exactly what a good amp should be. There’s plenty of power available, and when you do “get on it”, the amp delivers, and then some. The noise and distortion levels are low, and I listened to the amp for a full day in the lab as I worked. The only very minor comment I noted is that when working the amp hard, the fan tends to be a little bit noisy. But this will only be noticed if the amp is installed in the passenger compartment of a relatively quiet vehicle. In a car’s trunk, you’ll never hear it. When the listening session was over it’s my opinion that even the most discerning listener will be very satisfied with the quality of sound and installation flexibility from this amp. 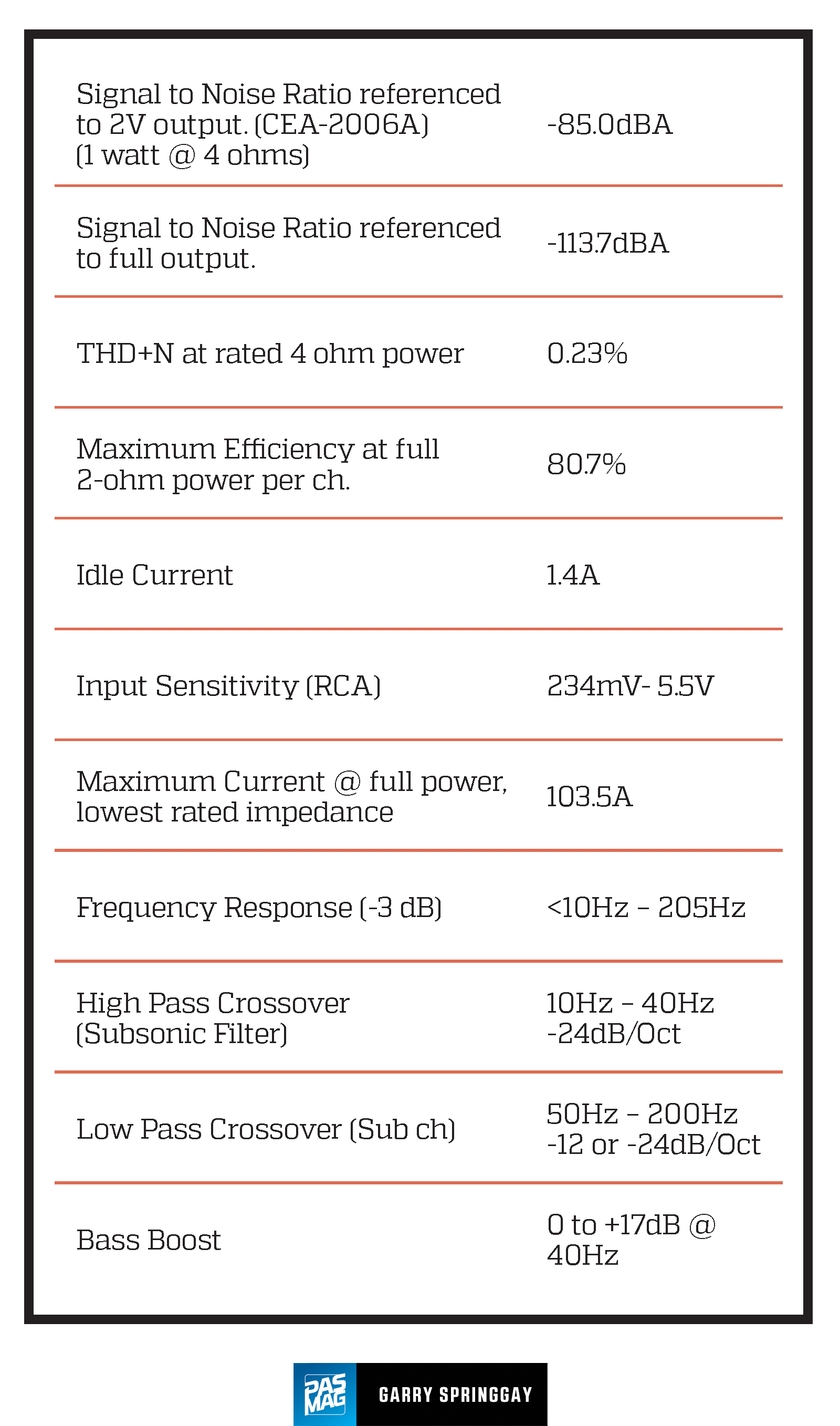 After all the listening had been concluded, I put the XR1000-1 on the bench, and ran the usual battery of revealing tests. As one would expect from an amp with this type of pedigree, the performance equaled or exceeded all of Kenwood’s published specifications, in some cases by quite a lot. The rated power specs were greatly exceeded, and signal to noise also measured very good. The measured performance of the amp was overall better than expected.

With good looks, great performance, top flight build quality, and a two year warranty backing it up, there’s not much to dislike about the Kenwood eXcelon XR1000-1. It’s a small, powerful amp and has enough flexibility built into it to be the right choice for almost any system. Well done, Kenwood. 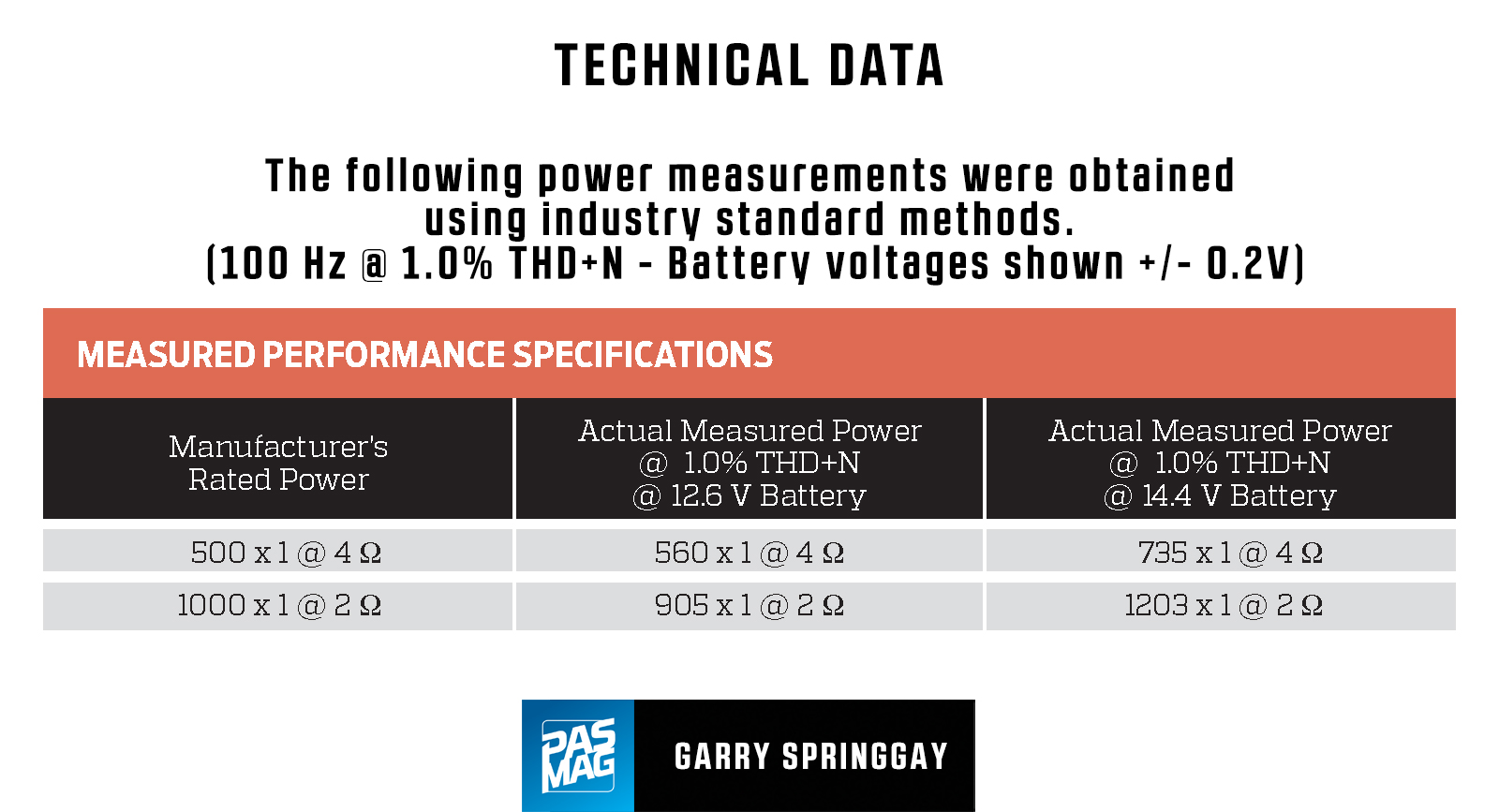