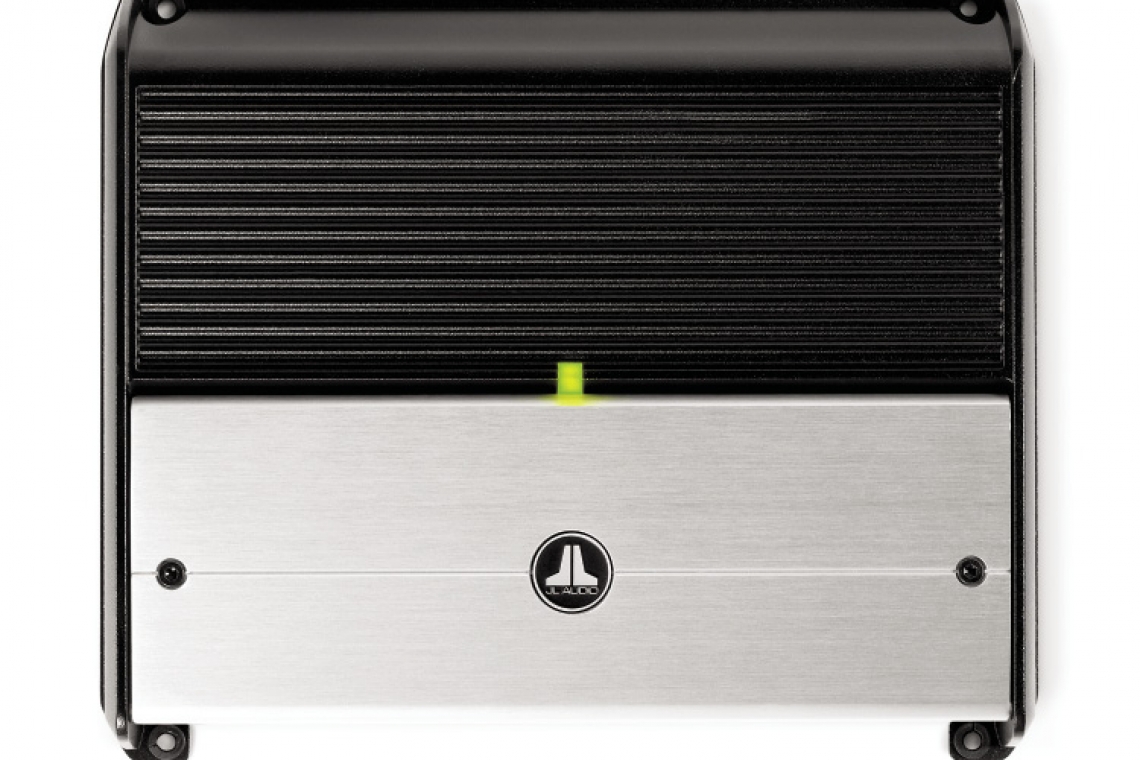 When JL Audio created its XD series of full-range class D amplifiers, the goal was to make a very small and efficient yet tremendously powerful package. Having set the bar pretty high with its venerable Slash series, the XD series had to not only be compact and powerful, it also had to deliver audiophile quality sound. Thanks to several innovative technical features and good engineering, this next generation of amplifiers achieves JL Audio's original goals... and then some.

Since multi-channel amplifiers are all the rage these days we thought it would be interesting to have a look at on. Something a little different though: a three-channel amplifier called the XD500/3. Why only three channels? It's because most of us don't need an amp on our rear speakers, which are typically turned down (or off) and used for “rear fill” at best. Your head unit's built-in amplifier can do that for you. There's no point in wasting power and current (not to mention cash) on channels you don't need?

JL Audio's XD500/3 is designed to be the only amplifier you'll ever need for a simple and compact audio system. Utilizing state-of-the-art NexD switching technology, the XD amplifiers are very efficient and typically waste less than 25 percent of the power consumed as heat. This means the amplifier can be designed with a smaller heatsink while still packing well over 500 watts of power into a roughly 8.5 x 7 x 2 inch package. It doesn't get much more compact than that!

All of the XD's connections are found on the front edge of the amplifier with the terminal screws and all adjustments hidden from sight by a removable brushed aluminum top panel. The panel even comes with a JL Audio badge (found in the accessory bag) to be installed in your preferred orientation. The terminals themselves are sturdy internal clamp-down style that will accept up to eight gauge speaker wire on all connections and up to four gauge power and ground wire. Three pairs of RCA connectors (two pair of which are for input signals; the third pair provides output signal for another amplifier) are also found on the amp's leading edge. The type of output signal available at these jacks can be either from the main stereo inputs, a summed signal or a signal from the subwoofer inputs. Selection is accomplished via a three-position slide switch on the top of the amp, which really enhances installation flexibility.

Other controls include normal gain and crossover frequency adjustment pots, crossover type switches as well as an input mode switch for two- or four-channel inputs. There is a switch to select whether the optional remote level control (HD-RLC) adjusts the level of the whole amp or just the subwoofer channel. The main stereo channels are equipped with a high-pass crossover that adjusts between 50 and 500 Hz. The sub channel has a low-pass crossover with the same frequency range. An additional feature on the sub channel is the ability to select either a -12 dB or steeper -24 dB per octave slope for your woofers. Of course, all three channels can also be set to all-pass full-range mode too.

While the XD boasts a plethora of features, just as important is the sound quality! To this end, the XD500/3 uses ultra-high speed devices, a differential input to minimize unwanted noise problems plus the aforementioned studio-grade signal processing.

Listening to new gear is my favorite part of these reviews and the XD500/3 certainly does its part to make my session very enjoyable indeed. After connecting the little amp to my reference system and setting the sub crossover to 100 Hz at -24 dB/Oct and simply leaving the main channels in all-pass mode, the first song I play is Clair Marlo's “Let it Go.” I immediately know I'm in for a good time because the JL amp rewards me with a very realistic sound stage right from the start. It effortlessly reproduces the subtleties in the recording that make it one of my favorites for testing clarity and stereo imaging. Moving on to Flim & the BB's “Funhouse,” the bottom end is superb and, even when pushing my woofer hard, I note no apparent strain from the stereo channels, which tells me the amp has an adequately-sized and properly-engineered power supply.

More great tunes ensue. From Lee Ritenour to Paul Simon's classic “Diamonds on the Soles of Her Shoes,” the XD500/3 never misses a step. It has excellent imaging and top end detail, no discernible class D hash and a very authoritative bottom end. This is an amp you could spend a long time listening to and never get tired of it.

The XD500/3 is rated at 75 W x 2 and 180 W x 1 into four ohms, and 100 W x 2 and 300 W x 1 into two ohms. On the Cogent test bench, the amp produces well in excess. In fact, the total power I measure at two ohms per channel is in excess of 650 watts. JL Audio states this amp is unregulated – and it does have less regulation than the Slash series – but there is still significant regulation. The amp maintains power fairly well as battery voltage drops, particularly on the sub channel.

Signal to noise is very respectable and also better than the published spec. I check frequency response, stereo separation, efficiency and even all of the protection circuitry and the JL XD500/3 keeps coming up roses.

JL makes a point of talking about its differential input circuitry with good reason. This is a great method to minimize unwanted engine noise, which is carried on the signal cables;and, the ability of an amplifier to reject the noise is called common mode rejection ratio. And, with over 50 dB of noise rejection, the XD500/3 is great in this regard. Attention to details on things like this are what separate good amps from great amps.

I notice the LED on the top of the amplifier serves a few useful purposes. In addition to illuminating in green when the amp is on, the LED can also flash quickly to indicate the amp is turning on. Red indicates reduced power mode because of a thermal condition while amber indicates a low impedance or short circuit condition and the amp is in protection mode. The different modes are easy to identify, so you will always be able to tell what's going on just by looking at the amp.

There's no doubt about it, I like this little amp. And, when I say little, I mean in physical size only because there is nothing diminutive about the XD500/3's performance. It has plenty of power, excellent sound quality, very high efficiency and enough signal control to satisfy all but the most finicky of users. It's well-made and clearly designed by people who understand the challenges of good audio in a car. For about $460, it manages to be the only amp most of us will ever need.