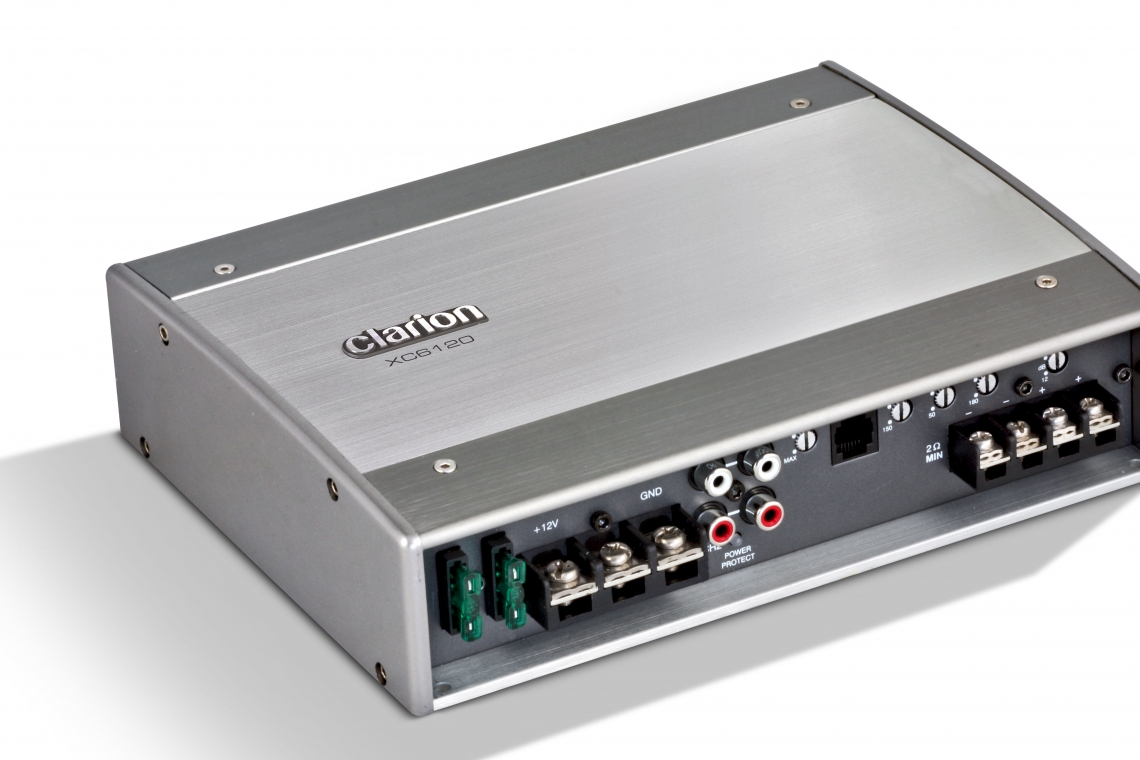 For my fellow North Americans north of the 49th parallel, the folks at Clarion Canada have been working hard on updates and improvements to the XC 6 series of amplifiers.

The new XC amps have been designed by car audio veterans in the United States under the close scrutiny and direction of the Clarion Canada product development team. The results of their efforts are new Class D amplifiers that are designed not only for the harsh automotive environment, but also with corrosion resistance and operation in high humidity, making them a perfect choice for your car or boat. New for 2014 and exclusive to the Canadian market are the new two channel XC6620, the four channel XC6420, and the amp we received for review, the XC6210 monoblock. All of these amplifiers share the same external dimensions, making for ultra clean looking installations. The XC6120 has a Canadian retail price of $369.99 and comes with a full one-year warranty. 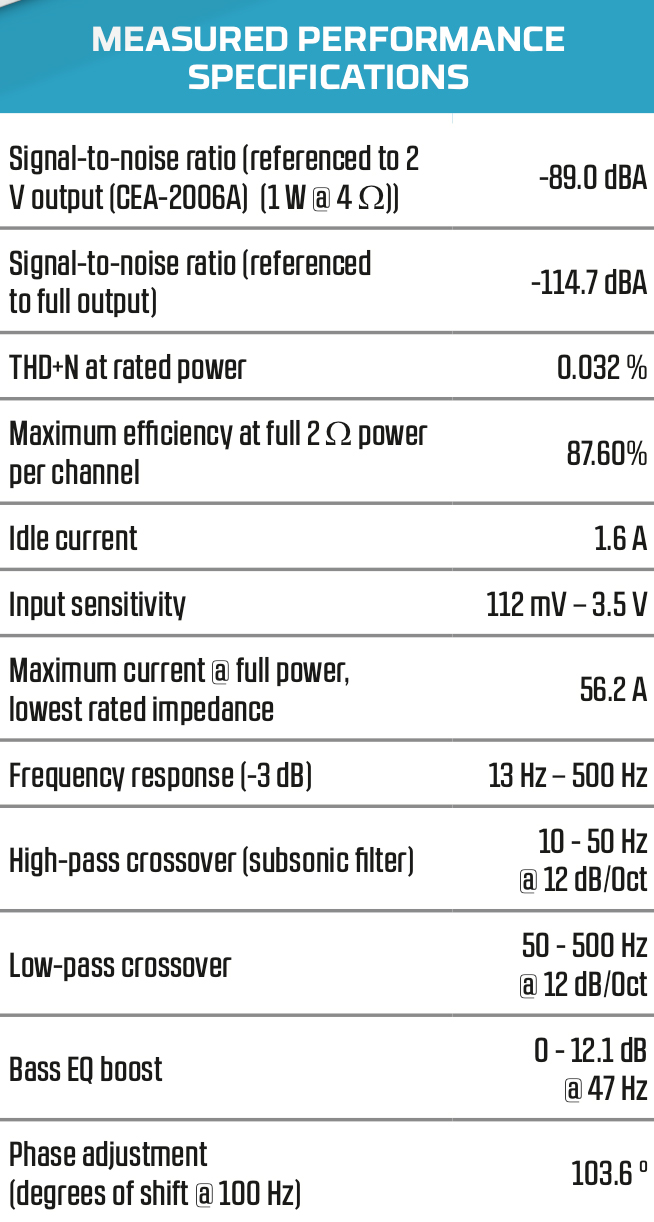 With power ratings of 330 watts into four ohms and 650 watts into two ohms, the XC6120 is more than capable of driving your woofers to new levels of enjoyment. The Class D amp has excellent power efficiency, minimizing the amount of heat and current required to make all that power. Two removable trim panels cover the mounting screws, controls and connections for a clean look.

The connections and controls are located along one side of the amp, a feature appreciated by installers. The XC6120 is equipped with all the controls you need for subwoofer tuning. In addition to the gain pot, you get a 50-500 Hz low-pass crossover, a variable frequency subsonic filter, variable phase, and an EQ control delivering up to 12 dB of boost at 45 Hz. The speaker connections provide dual terminals for positive and negative wires, which makes connecting multiple subwoofers a snap. Also found on this panel are two 30 A ATC style fuses, and the RCA inputs and pass-through signal outputs.

A clean PCB with four high current MOSFETs draw energy from 20400 µF of capacitance. The output section consists of four all N-Channel FETs drawing from a bank of four 1000 µF caps. Surface mount parts are used extensively, and the parts and PCB are coated for reliability in marine applications.

LISTENING
After connecting it to a pair of 12-inch four ohm woofers in my listening room, I make a few fine tuning adjustments to the XC6120 and sit down for some listening. The amplifier is impressive right off the bat, most notably in the bass detail. Clarion amps haven’t always received the recognition they deserve, but I think this series is going to rectify that. Adequate power headroom is a key part of a woofer system, and the XC6120 delivers every watt you expect, seldom running out of steam. While I did get it well into clipping when I listened to The Cincinnati Pops’ version of The Planet Kypton at very loud levels, this was not the fault of the amp – it was more the over-enthusiasm of the user (also known as a loose nut behind the controls). This track has some 18 Hz pipe organ notes recorded at very high levels – great stuff!

Really low frequency signals are no problem for the XC6120 either, even the lowest octave from Don Dorsey’s synthesizer is delivered with all the clarity and dynamics of the original. Intricate bass work, like the dry kick drum and fast bass runs on Paul Simon’s Call Me Al are reproduced with excellent transparency. The easy-to-use and flexible adjustments make simple work of tuning the XC6120 to the woofer and the listening environment. After a couple of hours of fun, I move the amp back to the test bench to see how it would measure.

ON THE BENCH
As my listening session leads me to believe, the Clarion amplifier measures great. It meets all of its published specifications, which is exactly what you should expect of an amplifier that utilizes the CEA-2006B industry standard specs on the packaging. As expected, power efficiency is good, and throughout my listening and subsequent bench testing the amp only gets moderately warm. The crossovers are very accurate and every control works precisely as expected.

CONCLUSION
The Clarion XC6120 amplifier is a product that Clarion Canada can be rightly proud of. It sounds great, looks very nice, and is built to last a long time. Given that it can be used in both automotive and marine applications and includes a full suite of adjustments and a remote level control, the XC6120 is a grand slam subwoofer amplifier!