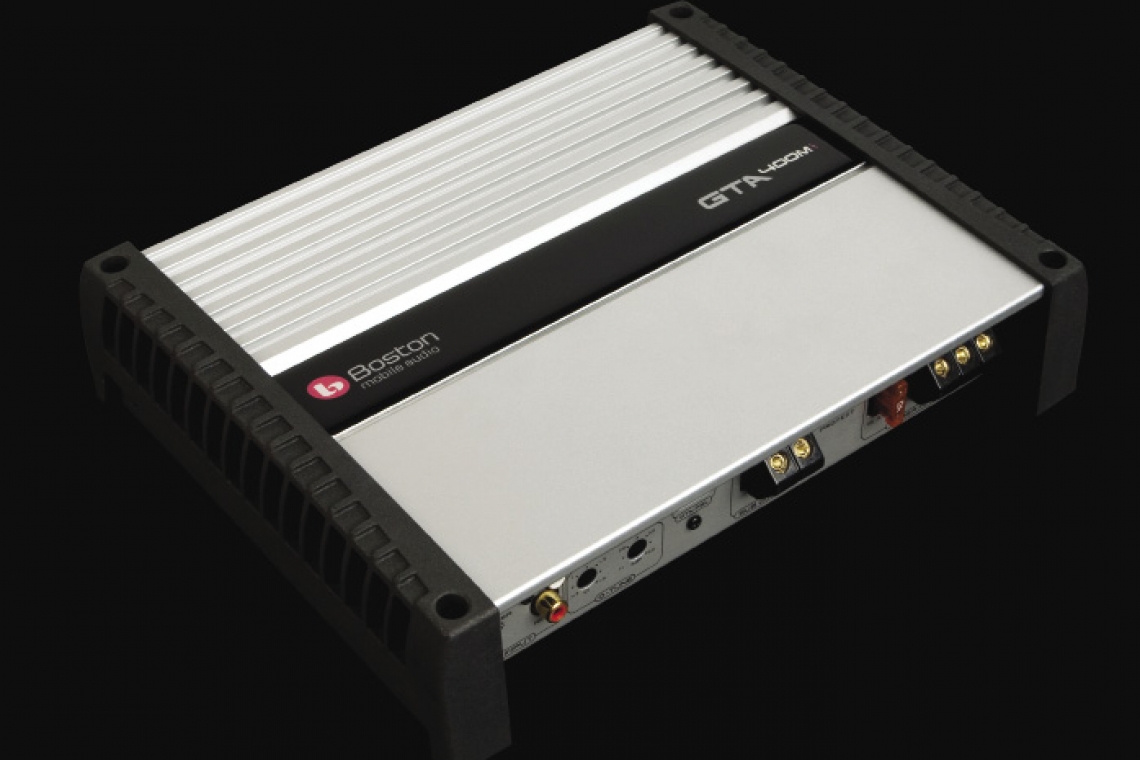 After reading the manual and understanding the controls and functions, I connected the GTA-400M into my reference system, driving a 2 ohm 12” woofer in a sealed enclosure. I began with the crossover set at 100Hz, and the subsonic filter set at the lowest frequency possible. Because of its relatively compact size, I was a bit surprised to find as much clean power on 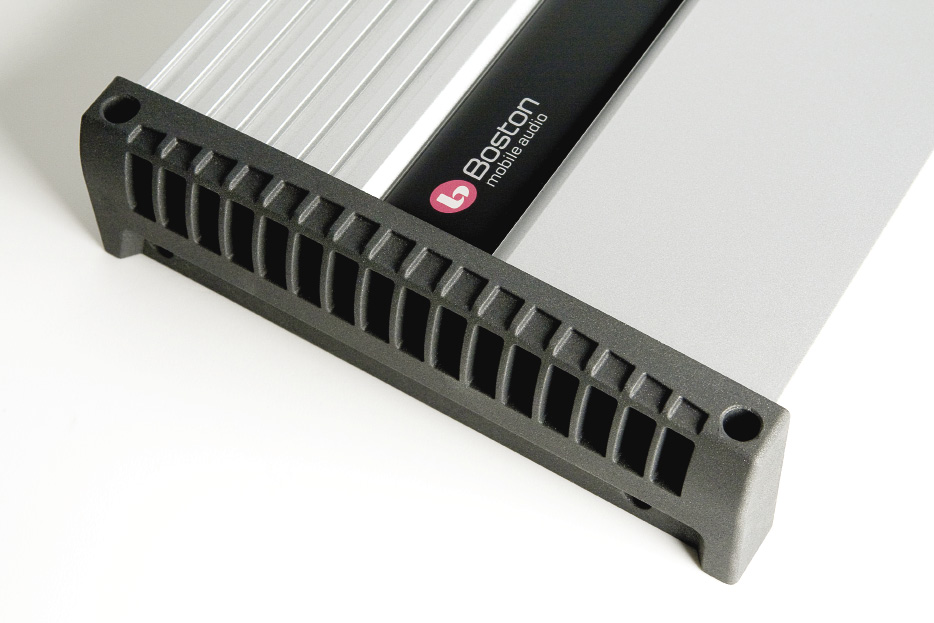 tap as the small monoblock dished out. While certainly not a power monster, the GTA-400M provided all the power I needed to listen at enthusiastic levels. I also noted that the amplifier drew significantly less current from my power supply than most of the other bass amps I’d tested in recent memory.

From a sonic perspective the Boston GTA-400M was excellent. The bass was clean and low, and I noticed a distinct lack of what I refer to as “Class D syndrome”. I also appreciated that someone took the time to ensure there were no unwanted turn-on or turn-off pops, when the amps powers up and down.

One of the first tracks I played is an amazing solo by the Australian female bass playing sensation Tal Wilkenfeld. Her mastery of the 5 string electric bass is jaw dropping, when you consider she’s barely old enough to vote. Paying close attention to her string plucking and use of harmonics, I thought the Boston amp sounded more like a decent Class AB amp than the Class D that it is. With excellent tonality and definition, the bass was tight and clean, but what I appreciated the most was the way all of the intricacies of Tal’s musicianship were also reproduced.

On a related note, if you have been under the impression that an average Class D amp on a good subwoofer system sounds indistinguishable from a Class AB amp or a very good Class D amp, let me disabuse you of that idea right now. If you listen carefully to well recorded music you’ll notice subtle ringing and overtones which are naturally produced by instruments such as drums, timpani, bass guitars, cello, and even some synthesized sounds. The average economical Class D amp simply won’t produce these subtleties the way a very good Class D amp or a Class AB amp will. Don’t get me wrong, Class D amplification has its place, but there are really mediocre Class D amps out there, as well as some very good ones, and this Boston is one of the good ones. 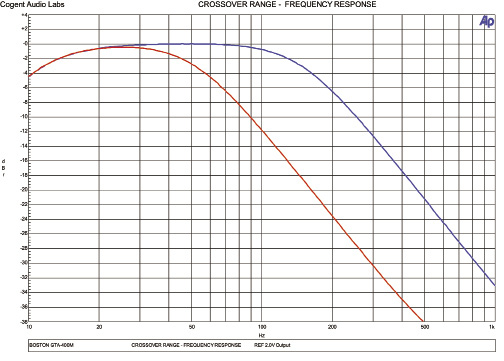 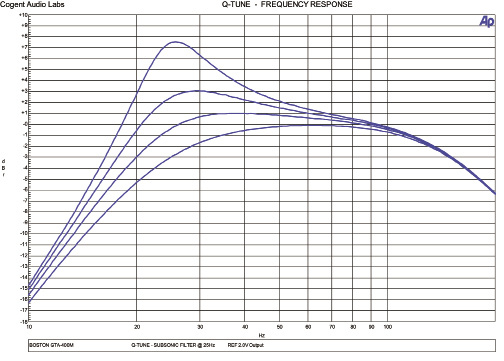 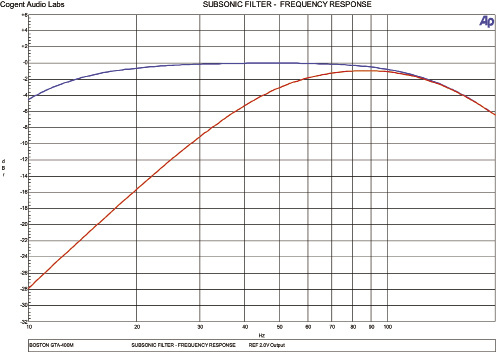 After listening to the GTA-400M well into the evening, the next morning I moved the amp to the electronics test lab to see if my measurements would correlate with my listening impressions. The measured specifications did show excellence in several areas. The amplifier exceeded its rated power at both 4 and 2 ohms, and it also measured a quiet -82.8dBA at 1 watt of output. The good signal to noise numbers are part of the attention to the output filters that I mentioned previously, but even with extensive filtering the amp still managed a respectable low output impedance of 0.031 ohms at 50Hz. The low current draw I noted during listening was real, the Boston GTA-400M is very efficient, at over 86% at full 4 ohm power. But we don’t drive around with the thing wide open all the time, and most good Class D amps have a 10 watt efficiency of between 20-35%. The GTA-400M excelled here as well, the efficiency was still almost 50%. This means that the amp will draw less current under your typical listening conditions, which means better battery and alternator life, as well as generating less heat. And thermally, the Boston amp is very good as well, because of the thoughtful design that works with the laws of physics to get rid of heat as it’s developed, rather than fighting physics trying to cool an amp that’s designed to look cooler instead of operate cooler.