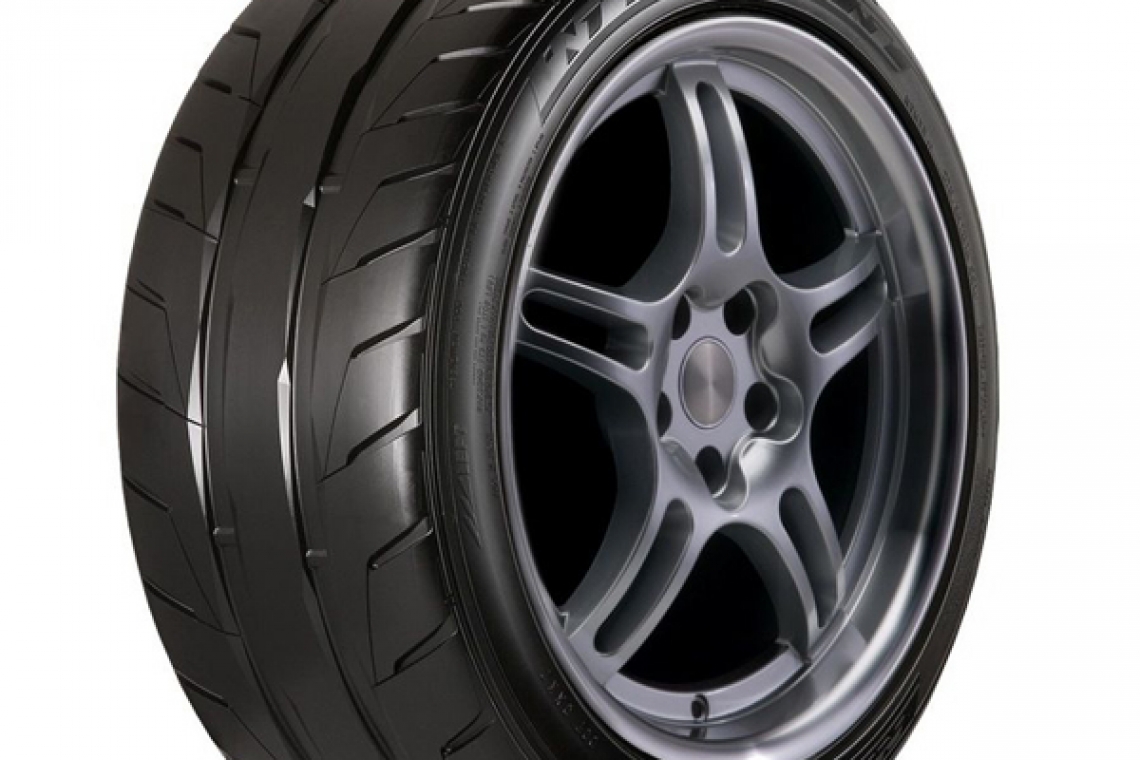 There are a few “best kept secrets” in the tire world and one of them definitely has to be Nitto Tires. As a company that largely appeals to enthusiasts, Nitto has a smaller market share than some of larger players but that allows them to focus on making a hardcore product instead of using valuable resources elsewhere. Nitto has rewritten the rules with a few innovative products over the years like the 555R drag radial, the NT01 DOT R-Compounds and even their Neo-gen that is engineered to combat inner camber wear of popular setups. But today, we wanted to talk about the Nitto NT05, a tire that promises to give your car some outstanding performance for optimal conditions.

We first saw this aggressive tread pattern on display at SEMA awhile back and had been eagerly waiting to lay a beating on the tire. The fat shoulder blocks and sculpted sipes lead into super deep circumferential grooves for an all-business look. If the appearance of the tread under your car is important, the NT05 gets a 10 out of 10 for its aggressive bare-bones approach, like a slick carved up for the street. The shoulder blocks have been enhanced for improved response and high-speed capabilities. These low void shoulder blocks are only separated by minimal shallow sipes to prevent tread squirm under loads. The center of the tire features a wide center rib for snappy steering response and high speed stability. Flanking the center rib are two wide grooves that are able to channel water away quickly and efficiently. The wet performance is even further ramped up with added silica in the new compound. The construction is extremely rigid for cornering and braking, but forgiving enough for harsh conditions on the street.

The NT05 is a relatively aggressive tire with a 200-AA-A UTQG rating. However, the 200 tread life is better than expected (as was the NT01, which was only 100) for occasional track use and the rigors of street driving. The AA traction means that the tire achieves the highest traction rating over various surfaces and the A temperature rating means this tire will handle high heat generated from the sustained loads while on track. On the street, the tire was quiet and did not translate much hum or vibration into the cabin. Yes, the sidewall is stiff and you’ll feel more of the road but the ride was taut and you feel firmly in control. In the wet, you can get the tire loose under serious acceleration but when it hit standing water, it remained sure-footed. The story was the same in wet cornering and braking, where the NT05 still shone brightly.

Having driven its stable mate, the NT01 on the track, we had an idea of what to expect. Well, we were wrong. The NT05 is nothing like the NT01, it’s better! It seems to do everything we expected of the NT01 but it is built for the street. The dry grip was incredible, and held serious g–forces around: turns, chicanes and off-camber sections of the track to inspire tremendous confidence. In fact, we weren’t able to get the tire to squeal despite pushing it as hard as we possibly could. The lack of audible warning was a dream to drive and when the tire did start to reach its lofty limits of adhesion, it happened gradually as opposed to the sharper drop-off experienced with most R-Compounds. We really pushed this tire hard and out of the corners were able to lay down the power (almost 100% throttle) much earlier than before. The NT05 produced lap after grin-inducing lap and held its own well past 76°C (170°F) without falling off or chunking afterwards.

With unreal dry grip as well as combination of tread longevity and a livable experience on the street, the NT05 is a winner. Nitto rarely releases new tires because their performance and array of sizes future-proofs them against their competitors. We can’t wait to try out the next generation of Maximum Performance Tire and expect nothing less than perfection.

Let's Take This Outside with Sailun Winter Tires
Affordable Winter Performance is Here Over 1-Million Canadian drivers and counting trust Sailun Iceblazer winter tires to safely get through the...