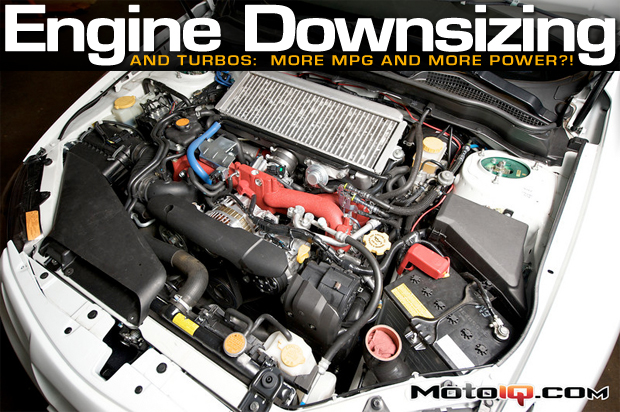 In an extremely rare instance, government regulations have actually made two seemingly conflicting goals both better. "To have one's cake and eat it too" as they would say. With rising fuel costs and environmental concerns, regulatory bodies across the world are demanding reduced fuel consumption and lower emissions. Previously, this would imply smaller engines with reduced horsepower; two things counter to the wants of performance enthusiasts. Enter the modern turbocharged engine. Through turbocharging, engines can now deliver a wider torque curve, more power, and substantially improved fuel economy. The fuel economy gains are through engine downsizing and downspeeding. We're going to show you how turbos achieve all of these goals.

Read the entire article at MotoIQ.com

Restored and Modified: Josh Stubstad’s 1993 Toyota Supra
While Josh Stubstad was stationed in Okinawa, Japan, he stumbled upon a car auction in August of 2014. It was at that auction he saw his dream car,...