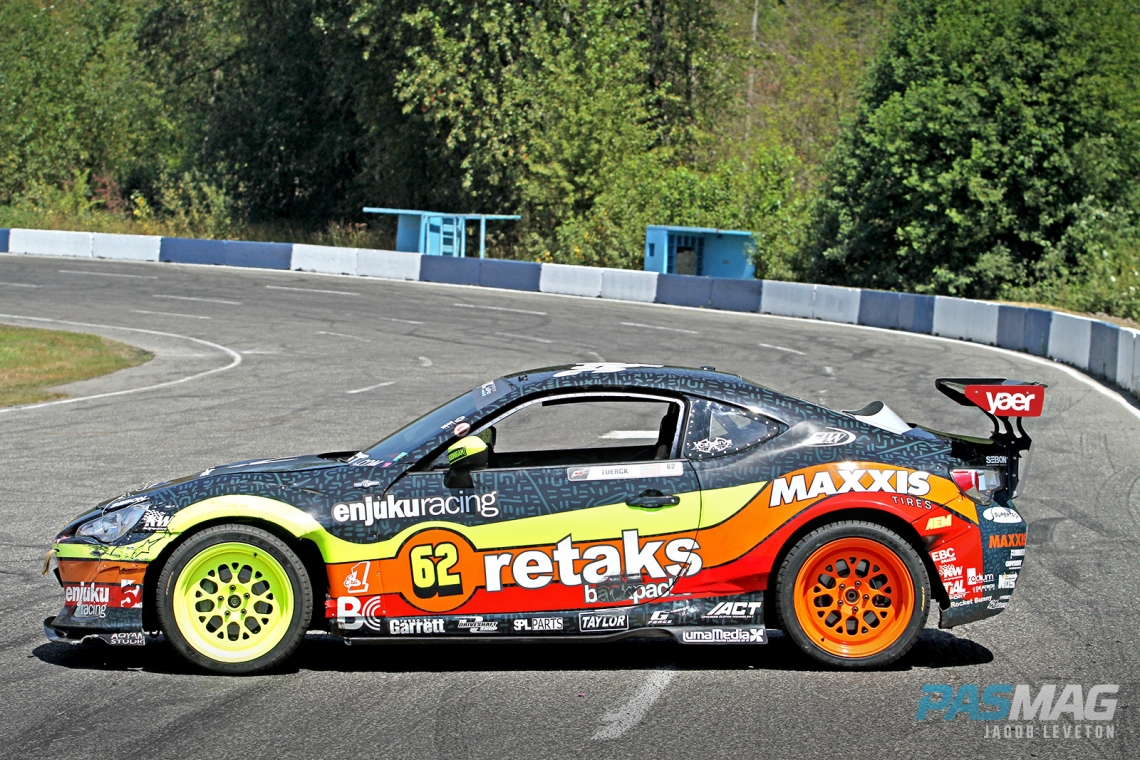 There’s no denying the Supra is the preeminent performance car in Toyota’s lineage, but it is also one of the most heralded cars in the tuner world. When Ryan Tuerck started building his 2013 Formula D competition car, he knew the heart of the Supra would play a major role in his build. Really, it wasn’t a matter of 'if' a 2JZ-powered Scion FR-S would make its debut in Formula D, but when. 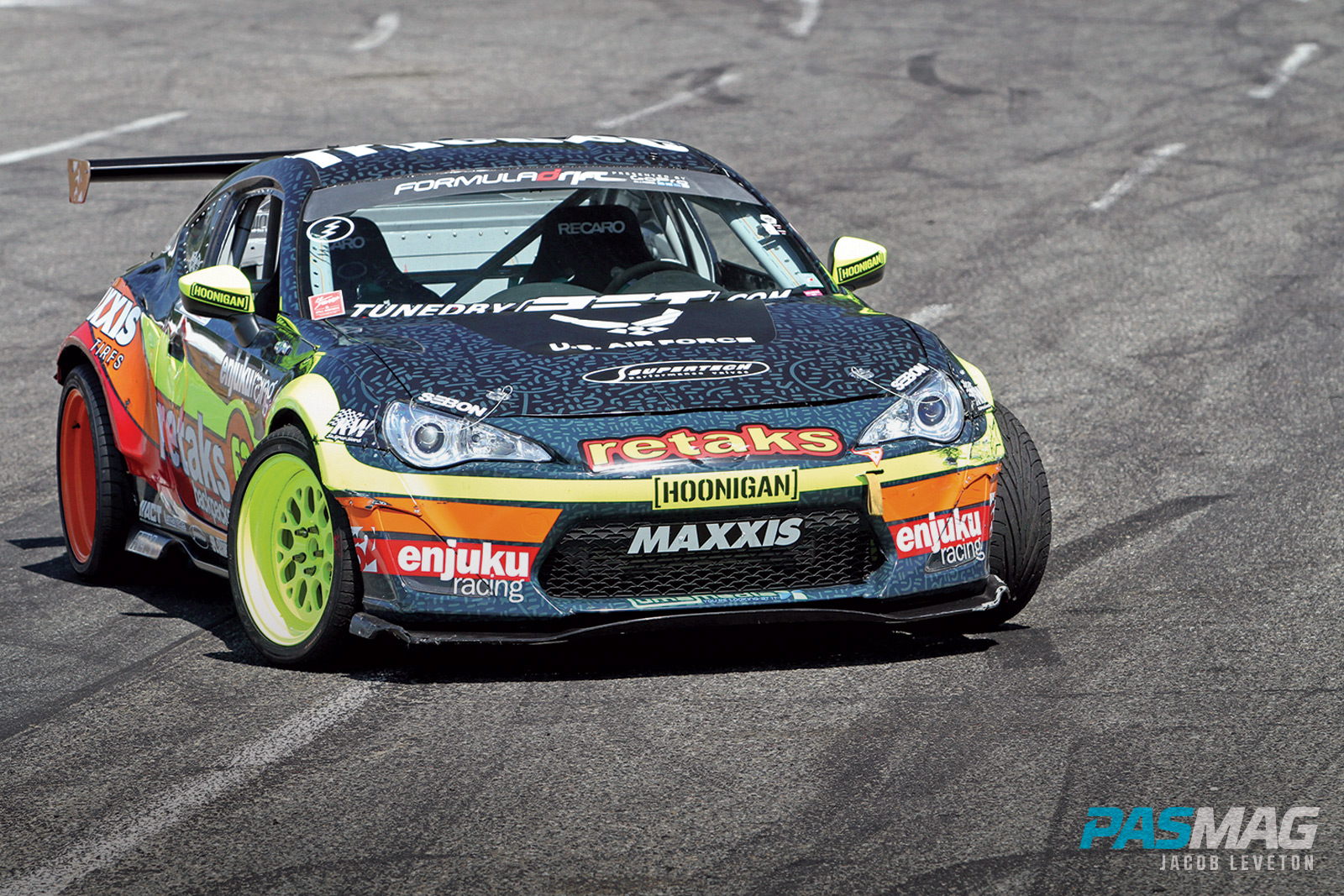 Tuerck gave the people exactly what they wanted, and now he is kicking butt and taking names in North America's premiere drift series. What started as a bone-stock FR-S has been transformed into one of the most competitive cars on the Formula D grid. Built by the team at Portland Speed Industries, headed by Jason Oefelein in Portland, Oregon, the car was transformed from stock to FD-ready in just two short months. 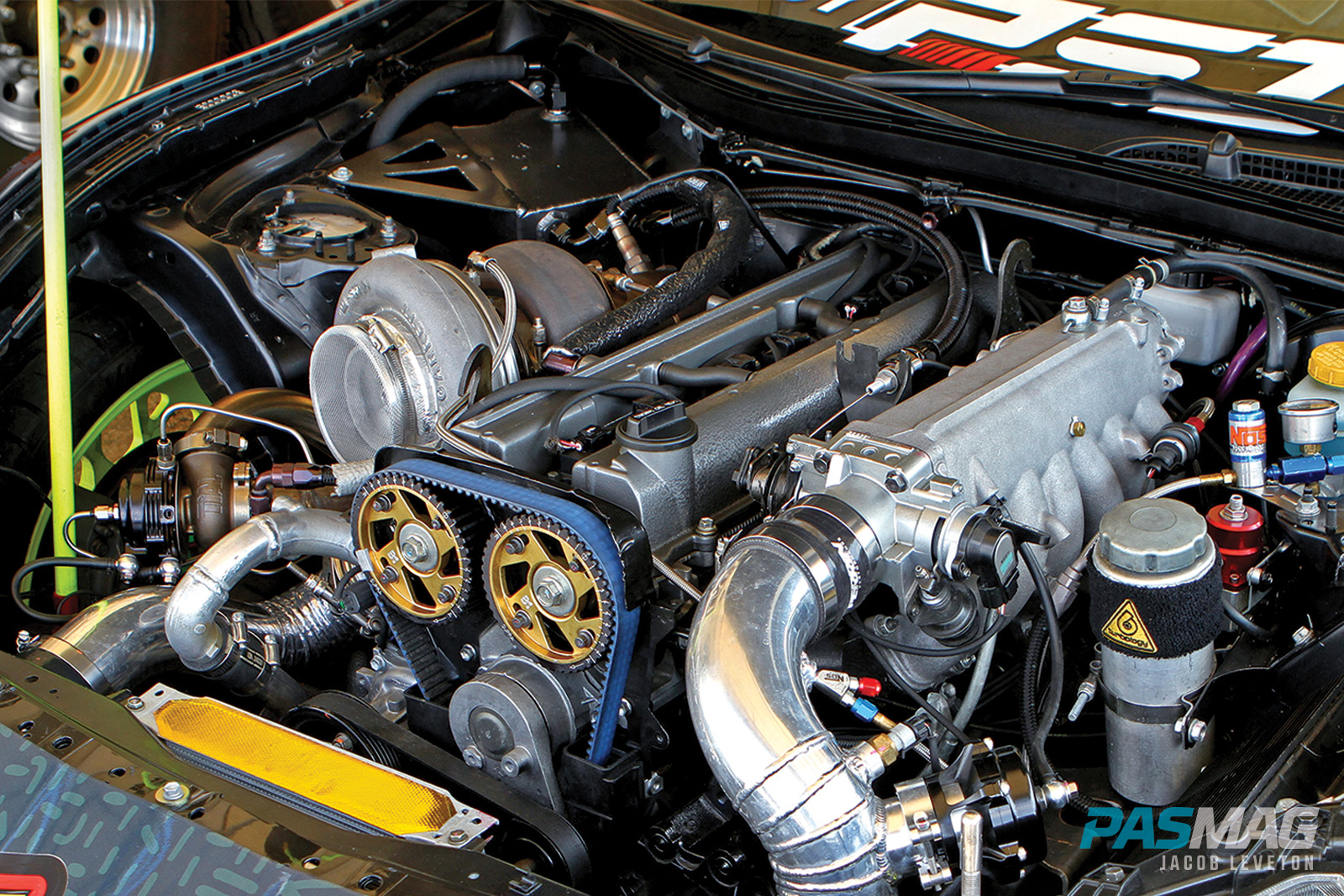 Upon its arrival at PSI, the first thing removed from the car was the FA20 powerplant. Having little time to develop it, a decision was made to swap it with the Supra's standard 2JZ-GTE. While the stock 2JZ block is good for producing big horsepower numbers, Oefelein and his team went with a 3.4L displacement block to help improve the torque and power range. A Brian Crower stroker crank was paired with Brian Crower 264 cams and a Supertech valvetrain to provide the power at the block. 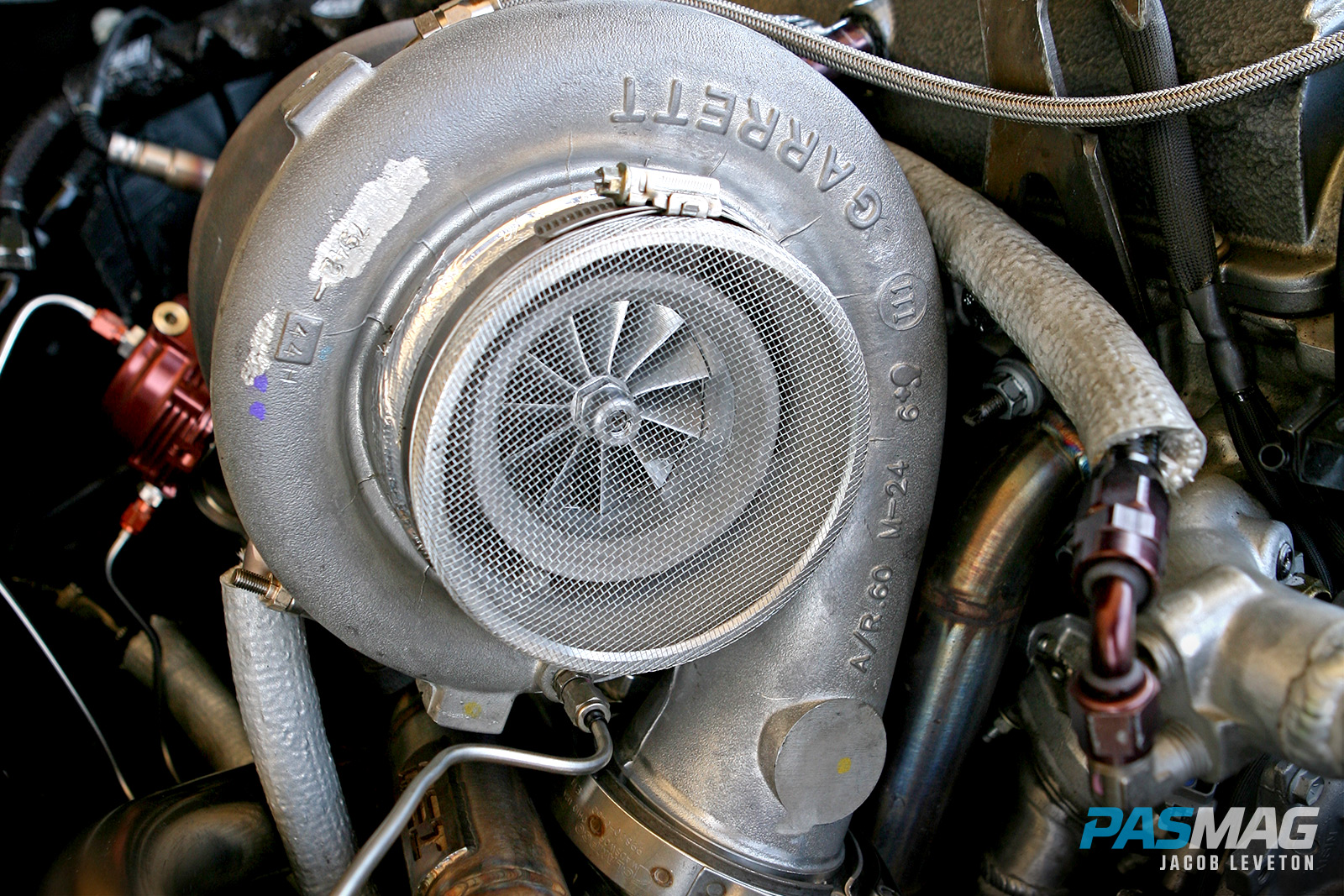 Turbo duties are handled by a Garrett GTX 4294 turbocharger with a pair of 38 mm TiAL wastegates and a 50 mm TiAL blow-off valve for exhaust pulses. Intercooler and exhaust piping was fabricated from Vibrant Performance Piping by PSI. The engine management is handled by an AEM V2 EMS system, powering the motor to more than 800 horsepower and 700 lb-ft. of torque on the PSI dyno. 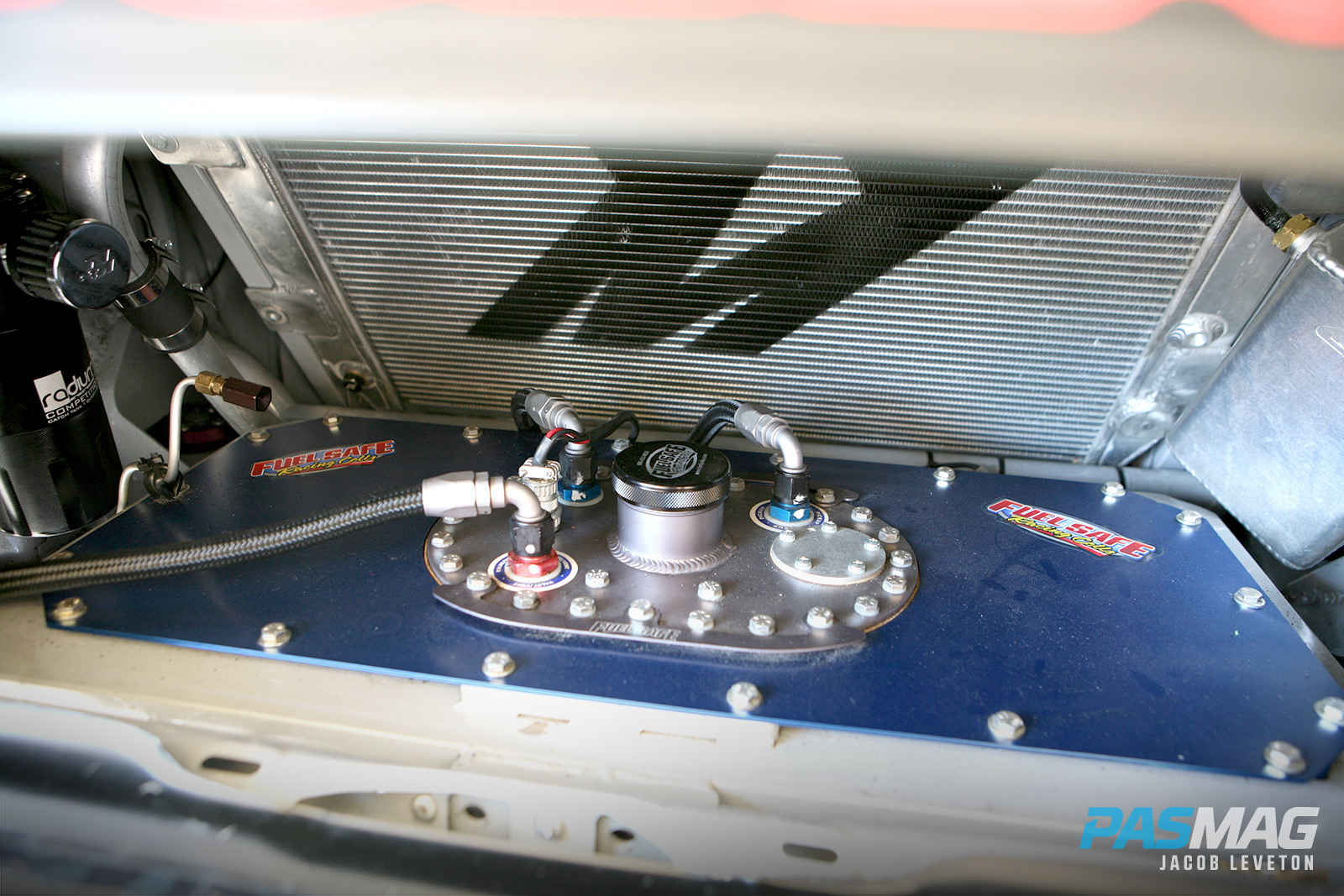 With power comes heat, and dissipating it is a high priority with this build. Complete with a hand-shaped scoop feeding the fins, the Mishimoto radiator was moved into the trunk. Charge air is cooled by an ETS intercooler while an oil cooler helps keeps temperatures down. 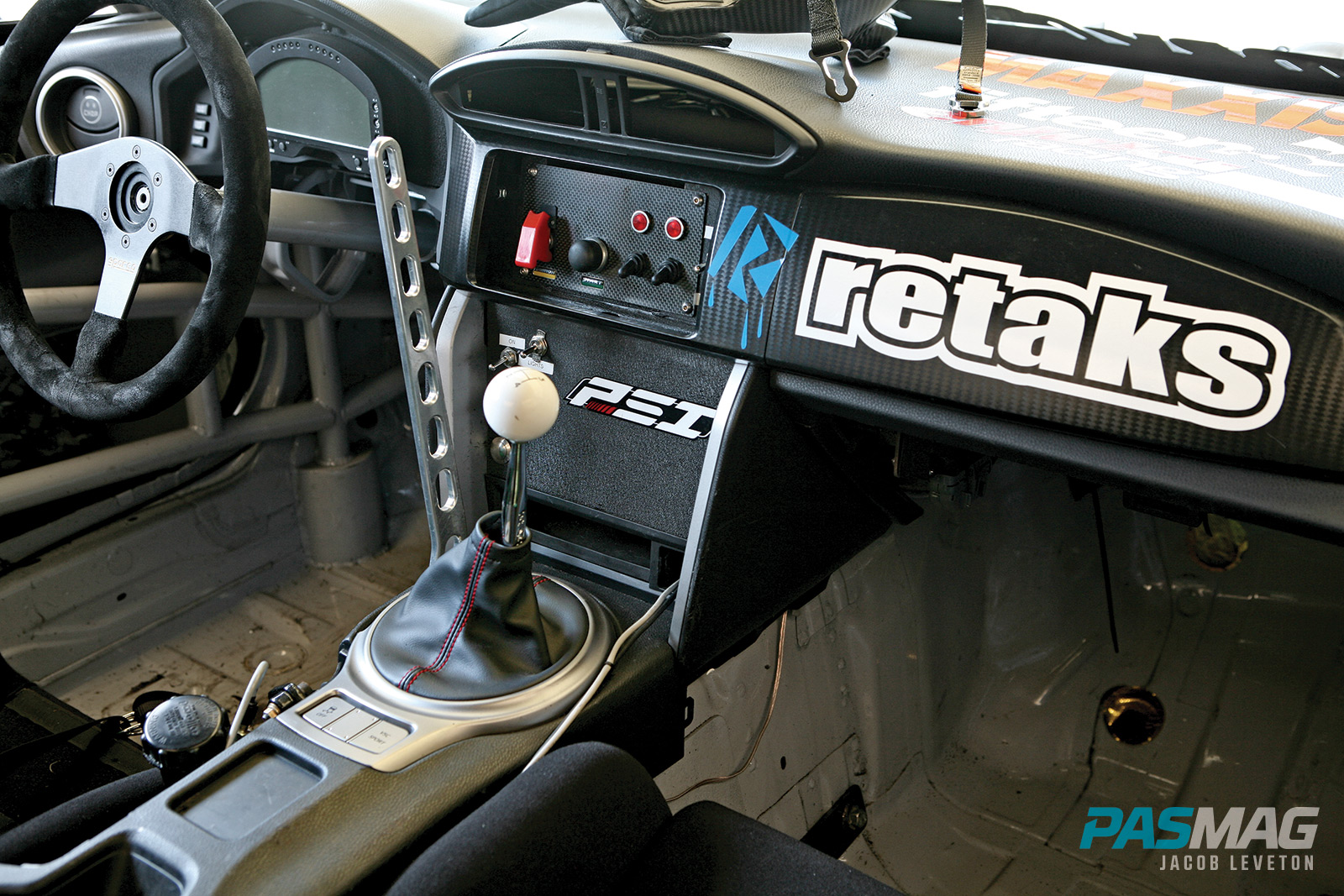 Looking at the interior, it is clear the car was built with a purpose – any parts that weren't absolutely essential were discarded. An aluminum rear firewall keeps the driver separated from the fuel cell, and while the OE dash is still in place as per Formula D rules, an AiM Sports digital unit replaces the standard instrumentation and monitors all engine essentials. The center console has been stripped of HVAC controls and audio components and retrofitted with a push-button starter and a handful of required switches. A Sparco steering wheel handles hectic inputs, while an ASD CNC e-brake controls the secondary rear Wilwood hydraulic calipers to break traction whenever needed. 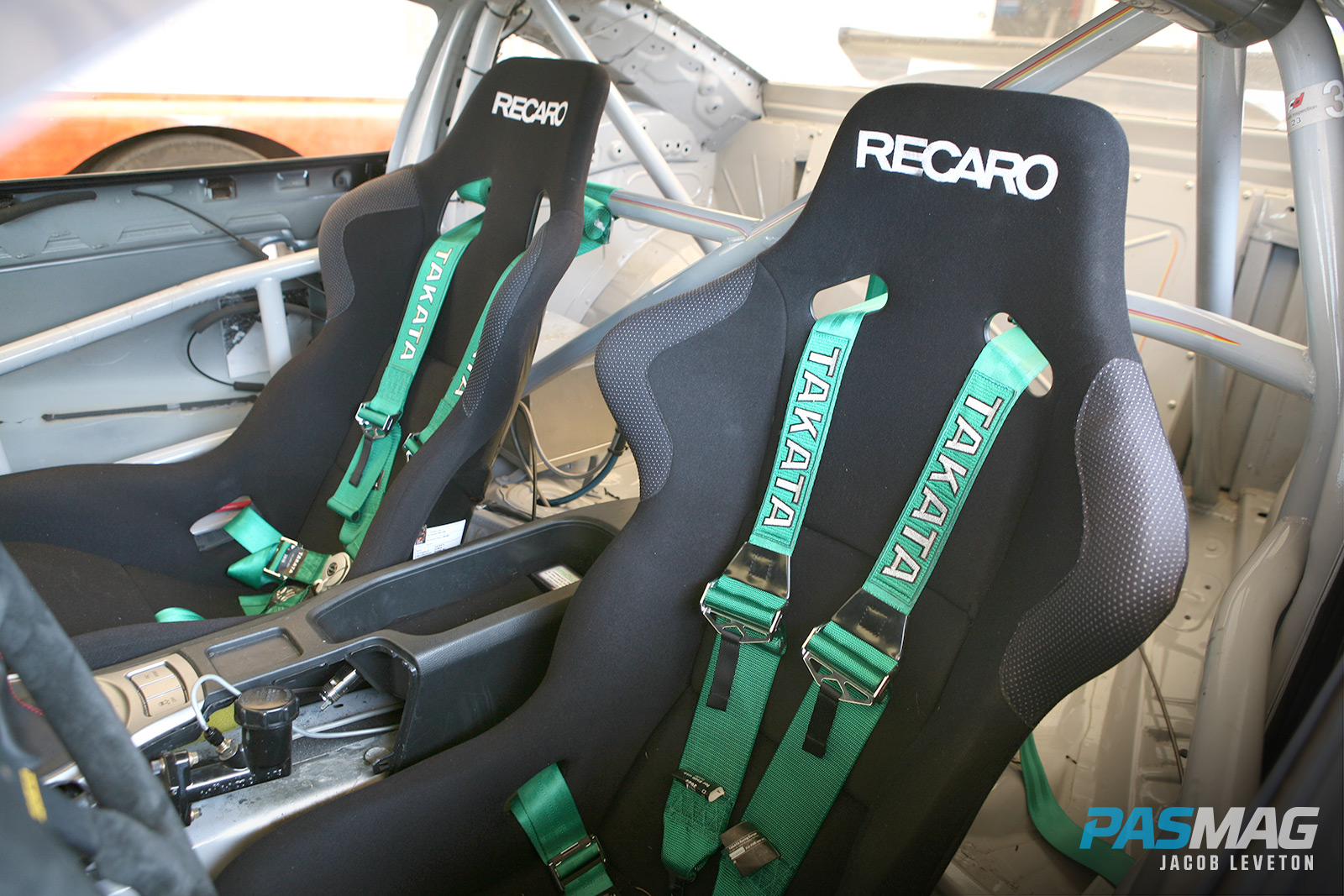 Both the driver and passenger sit in Recaro SPG seats and are held firmly in place by Takata harnesses when the car slides sideways. 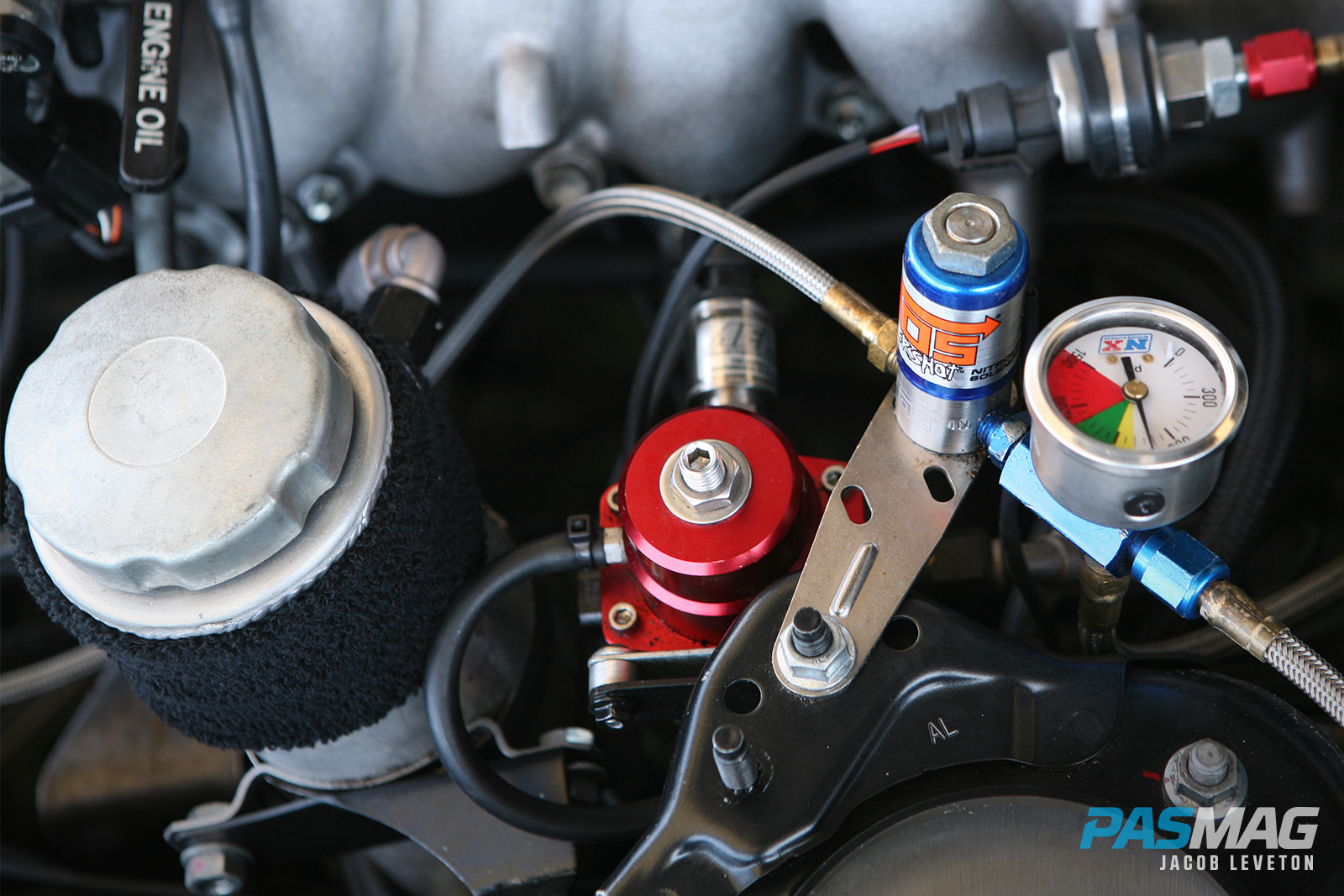 A 10-lb. nitrous bottle sits inconspicuously behind the rear seat to feed the Holley NOS wet system, which helps spool the turbos and give the car an added shot when it needs just a bit more. The only other element in the passenger cabin is the FD-spec full roll cage, fabricated completely in-house by PSI. 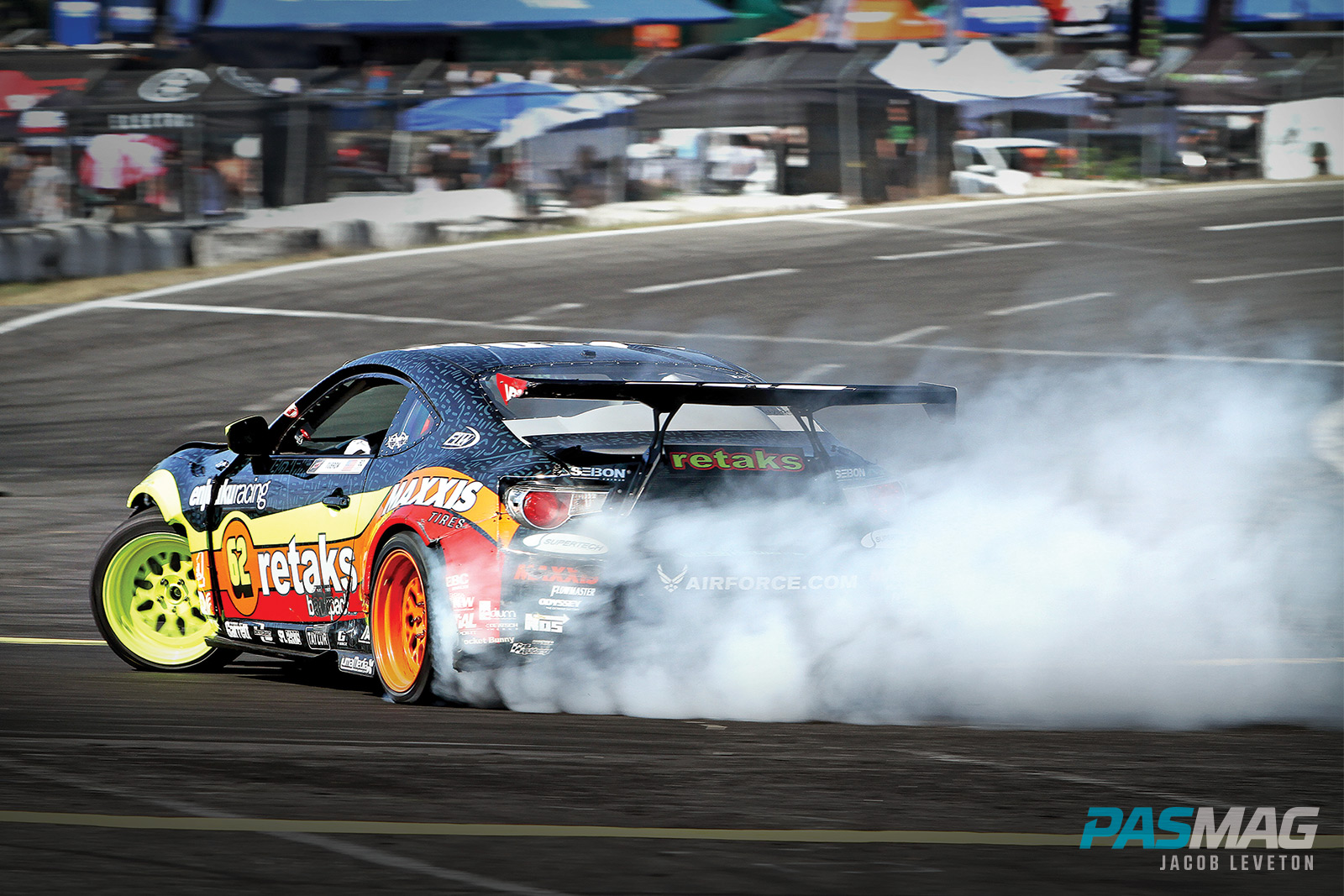 In the first two Formula D events of the season, Tuerck and his Retaks team landed the car in the Top 8, a reward for the hard work by PSI and the Retaks team at the track. While Tuerck has yet to claim his first Formula D championship (he finished 14th in the final standings in 2013, the highest position for an FR-S driver), the car has quickly proven to be competitive and one of the most feared on the track. Tuerck's previous two career FD wins came behind the wheel of a Pontiac Solstice, and he fully intends to capture his next one in this FR-S. 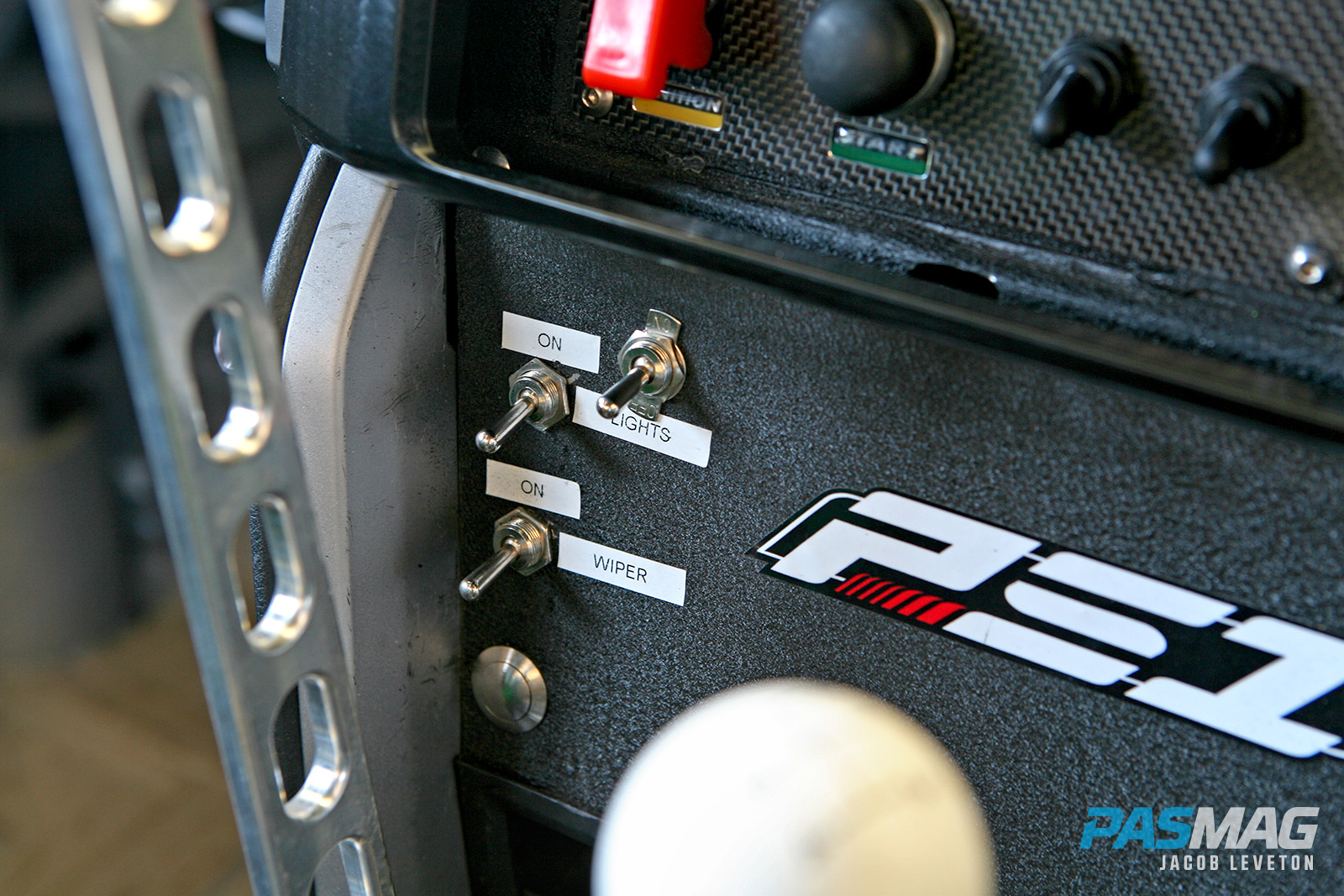 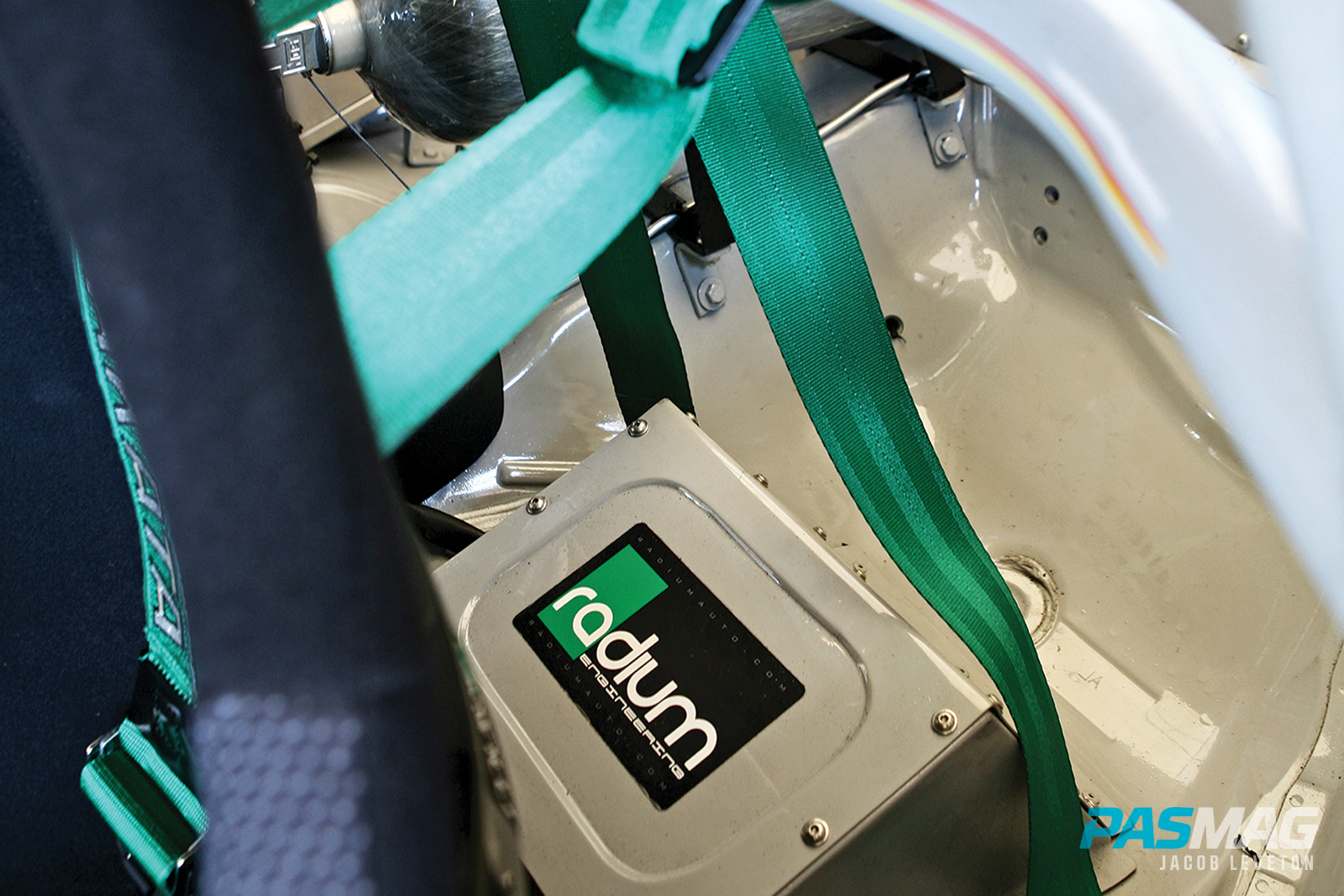 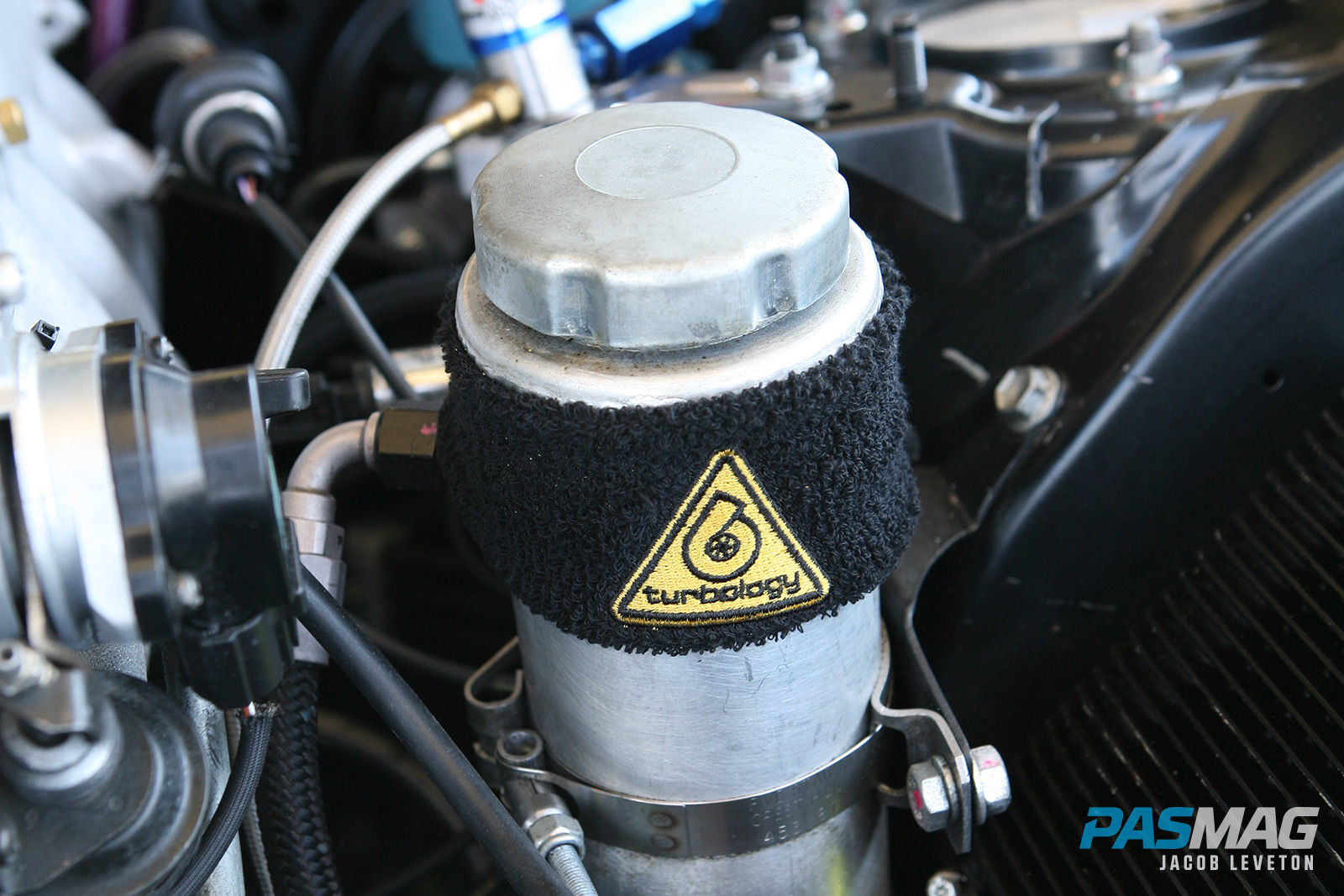 Mishimoto 3.0 Baffled Oil Catch Can Kit for 2020 Toyota Supra
The Supra is back! This means that now is the perfect time to add a layer of protection to your B58 with the Mishimoto 2020+ Toyota Supra Baffled Oil...

ISR Performance Hydraulic Hand Brake L-Shaped V2
The V2 L-shaped hand brake features a 1.5in thick handle at the top then tapers to 1.2in thick at the bottom, also its 18.5in tall and 10in long with...

We Are Likewise The Monza Drift Button
The Monza is more than a drift button. Think of it like a massage for your thumb, being performed by a Swedish-national on his last cycle of steroids...