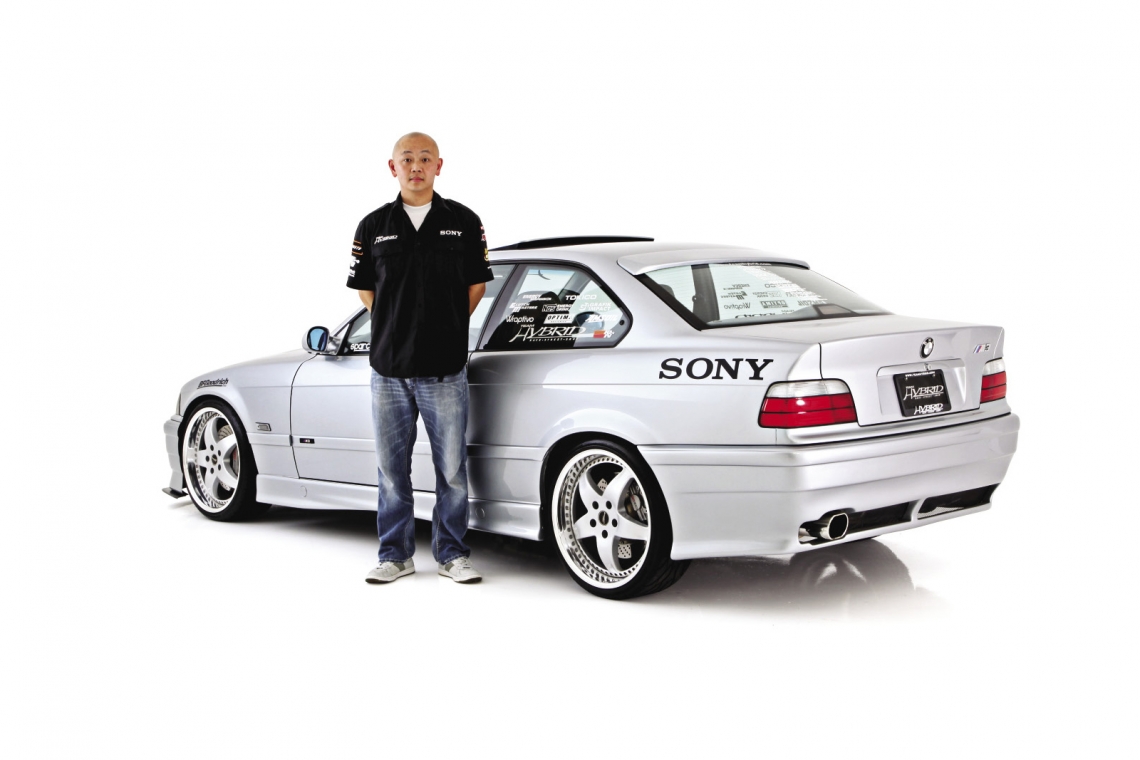 Looks can be deceiving. It's a fact of life. One look at this 1996 BMW 328i shows that owner James Lin has put some effort into the selection of exterior components. But, as the saying goes, it's what's inside that counts.

This E36 BMW is far from the first car James Lin, founder and president of Team Hybrid, has built. In fact, two of his previous vehicles have graced the cover of PAS and several more have had feature articles. This latest build features the Team Hybrid concept of melding high performance with streetability and good looks. 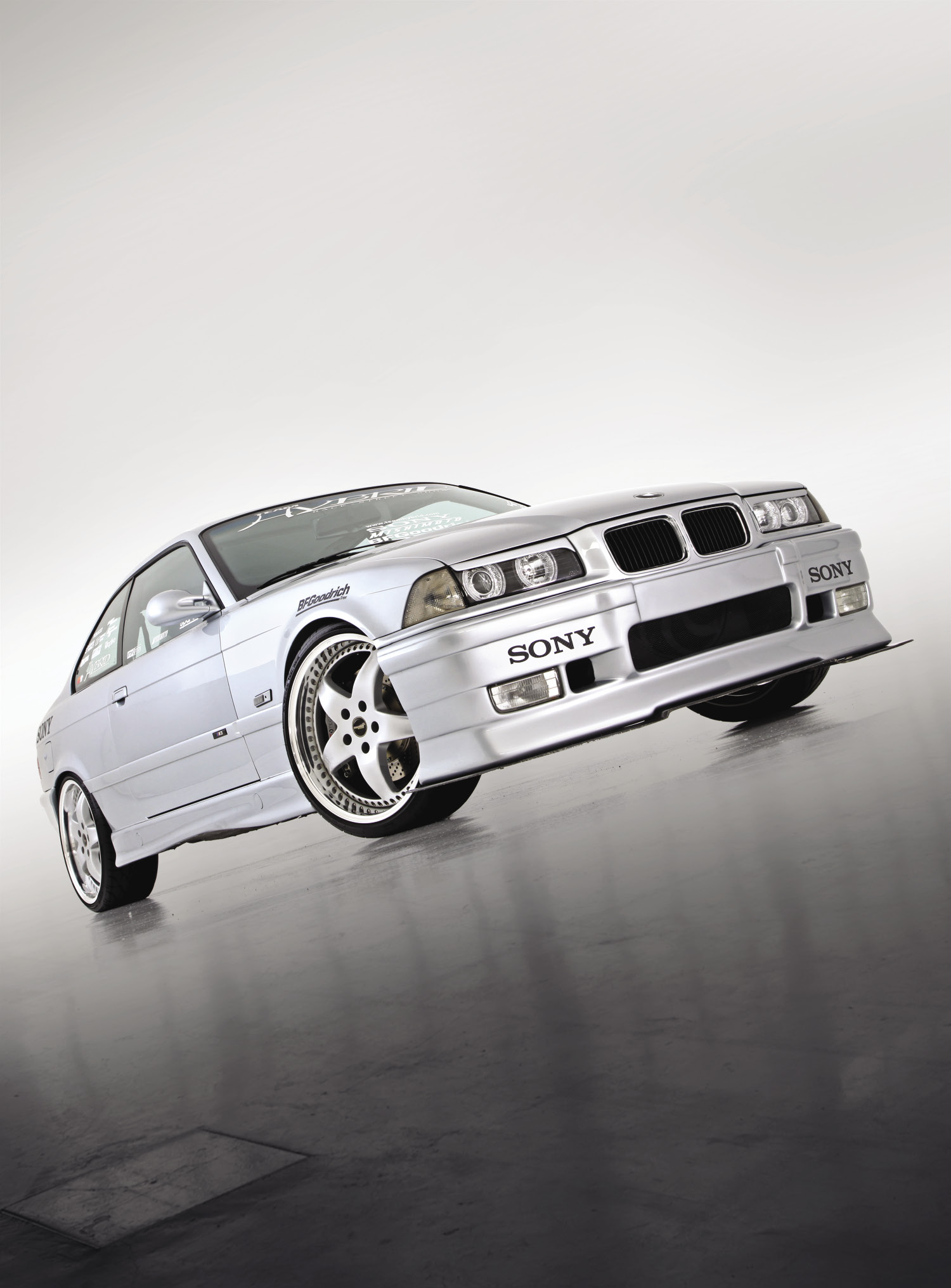 Cosmetic improvements under the hood (the carbon fiber wrapped radiator cover and fuse box, for example) tilt the build toward style rather than performance. A K&N intake and HKS “Klasse" exhaust are the only real power adders. A Clutch Masters FX100 clutch and Mishimoto radiator ensure reliability while Racing Dynamic carbon fiber accents add some style.

The body wears a Rieger GTR-1 body kit and roof spoiler painted in Artic Silver. M3 side moldings and a BBR carbon lip give the car a decisive stance. Wraptivo carbon fiber and gloss white decals from Graphic Impact plus European taillights and headlights (featuring a 5,000 K HID kit), fog lights and side markers make the car look totally unique. Inside, Sparco has outfitted with the interior with seats, a shift knob, steering wheel, pedals, harnesses and more. Carbon fiber-look vinyl is used on the shifter and brake boots as well as the armrests and door pulls. 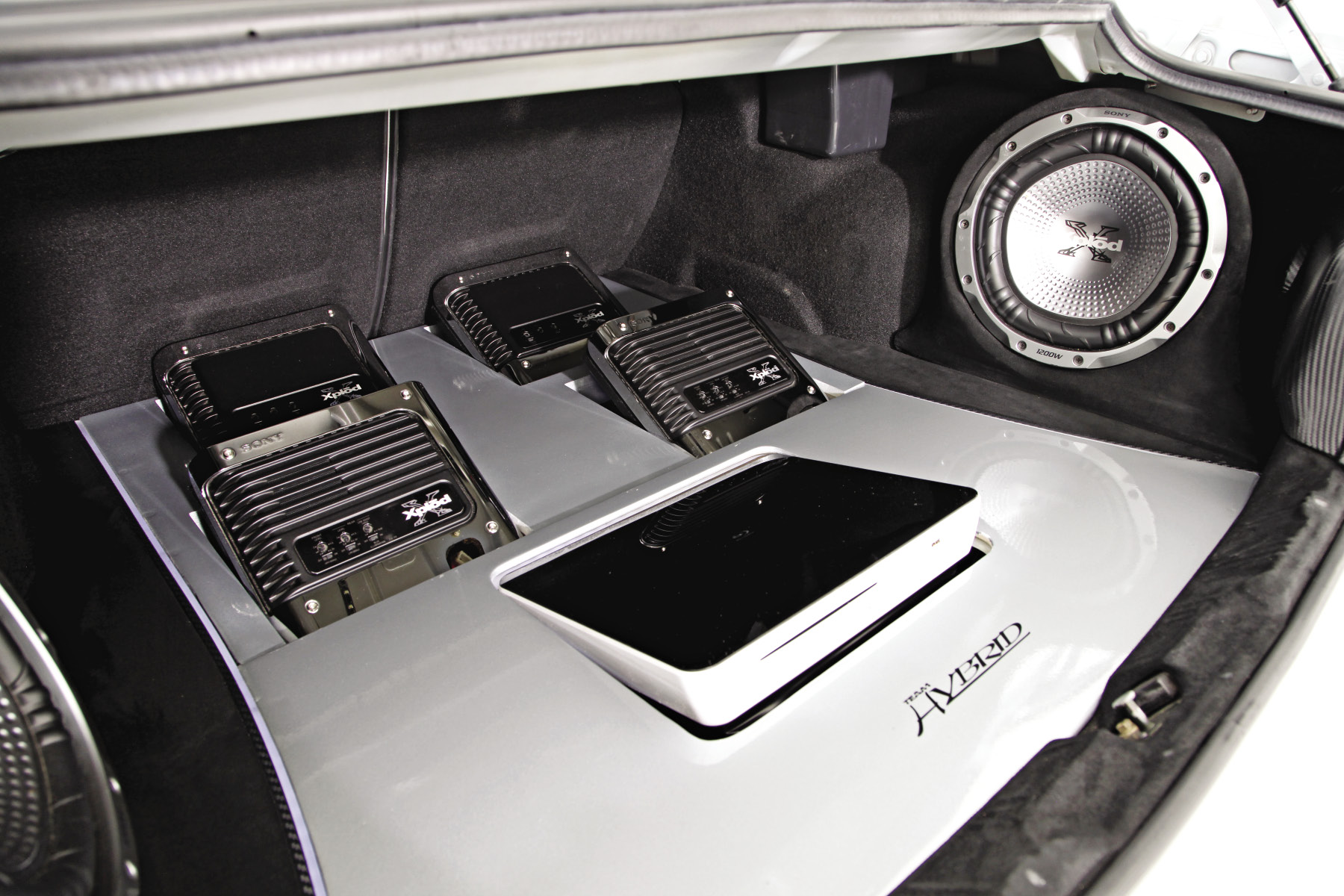 The entertainment system is powered by Sony with most of the equipment dropped into the factory locations. It starts with a XNV-770BT navigation DVD receiver with Bluetooth. This feeds four Sony amplifiers – two each of XM-4S and XM-1S – with the latter sub amp feeding two 10-inch Xplod series four-ohm component subwoofers in the trunk. The doors are home to XS-GTR1720S components while a set of XS-GTX1641 four-way speakers take care of rear fill.

The real work has been done in the trunk where each sub gets its own small sealed fibreglass enclosure that's wrapped in microfiber suede and flanks a very trick amp rack that orients the four amplifiers up and rearward to make them easy to see. Mounted on a hinged motorized bracket that raises from the floor in the center of the trunk is a Sony NSZ-GT1 Internet TV-equipped Blu-Ray player. This unique product uses Google TV to make surfing the net easy when a Wi-Fi connection is available. With a few clicks on a cell phone, passengers can surf the Web while cruising to a show. The painted trim panel is outlined in bright white LEDs while the trunk lid panel boasts another set of Sony components, three XVM-B62 monitors and a XA-R800C rear vision camera. The car is wired with Stinger wiring, kept alive by an Optima yellow top and protected by a state-of-the-art Clifford 590.2X SST remote start and security system. Al & Ed's Autosound gets credit for the entertainment system.

In keeping with Team Hybrid's philosophy, Lin's BMW is clean, simple and functional; but, a closer look reveals some rare components and unique creativity that sets this ride apart from the rest. 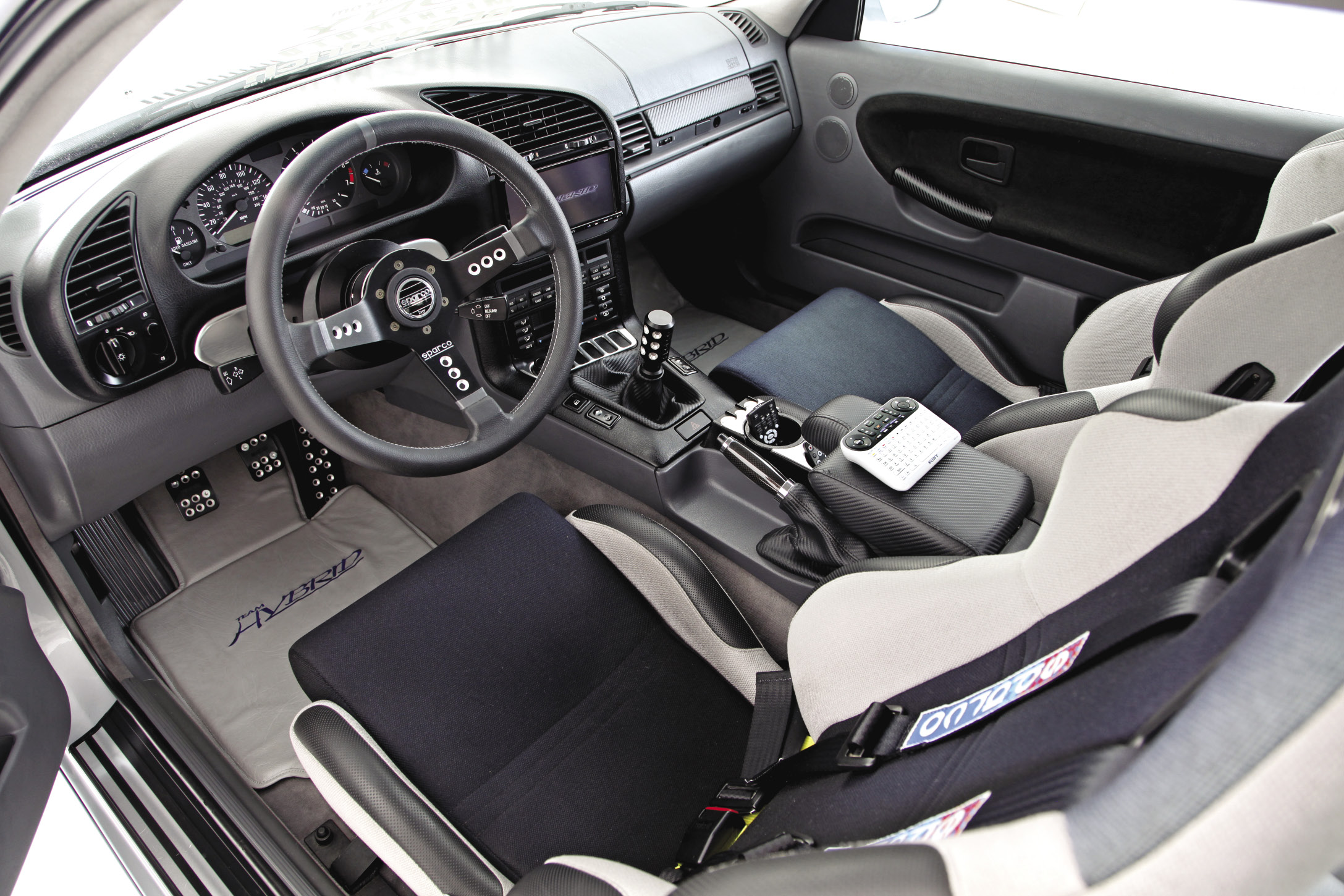 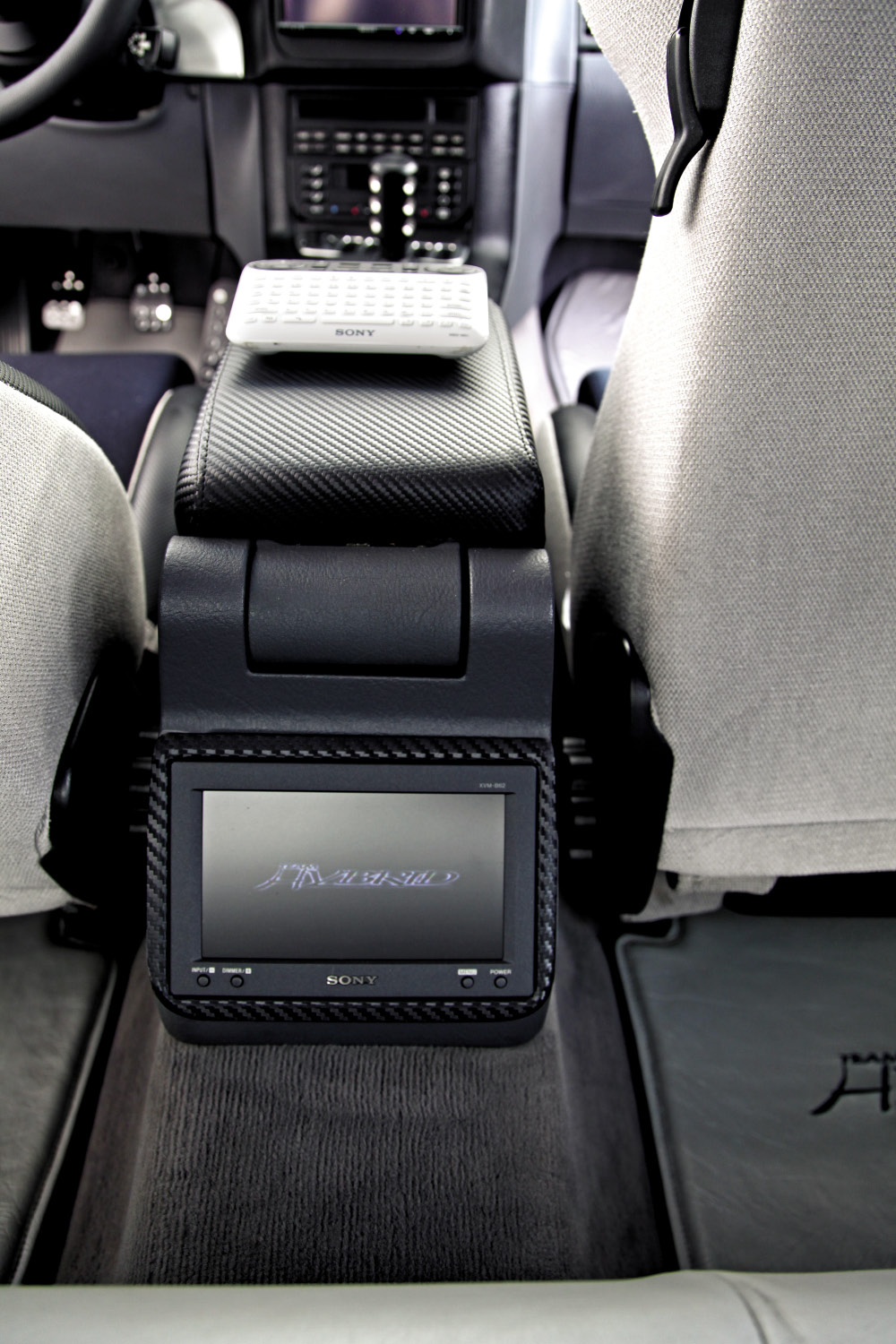 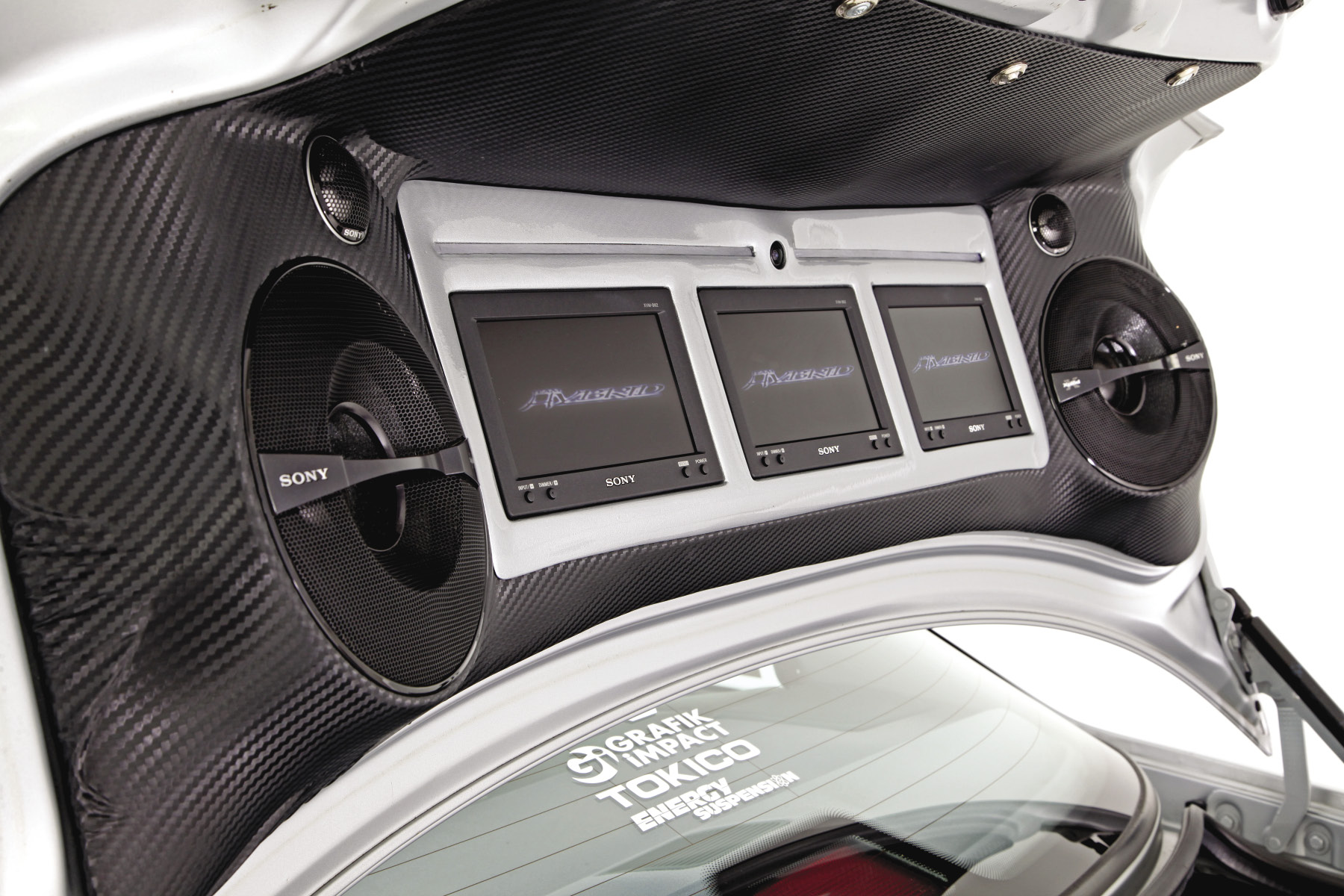 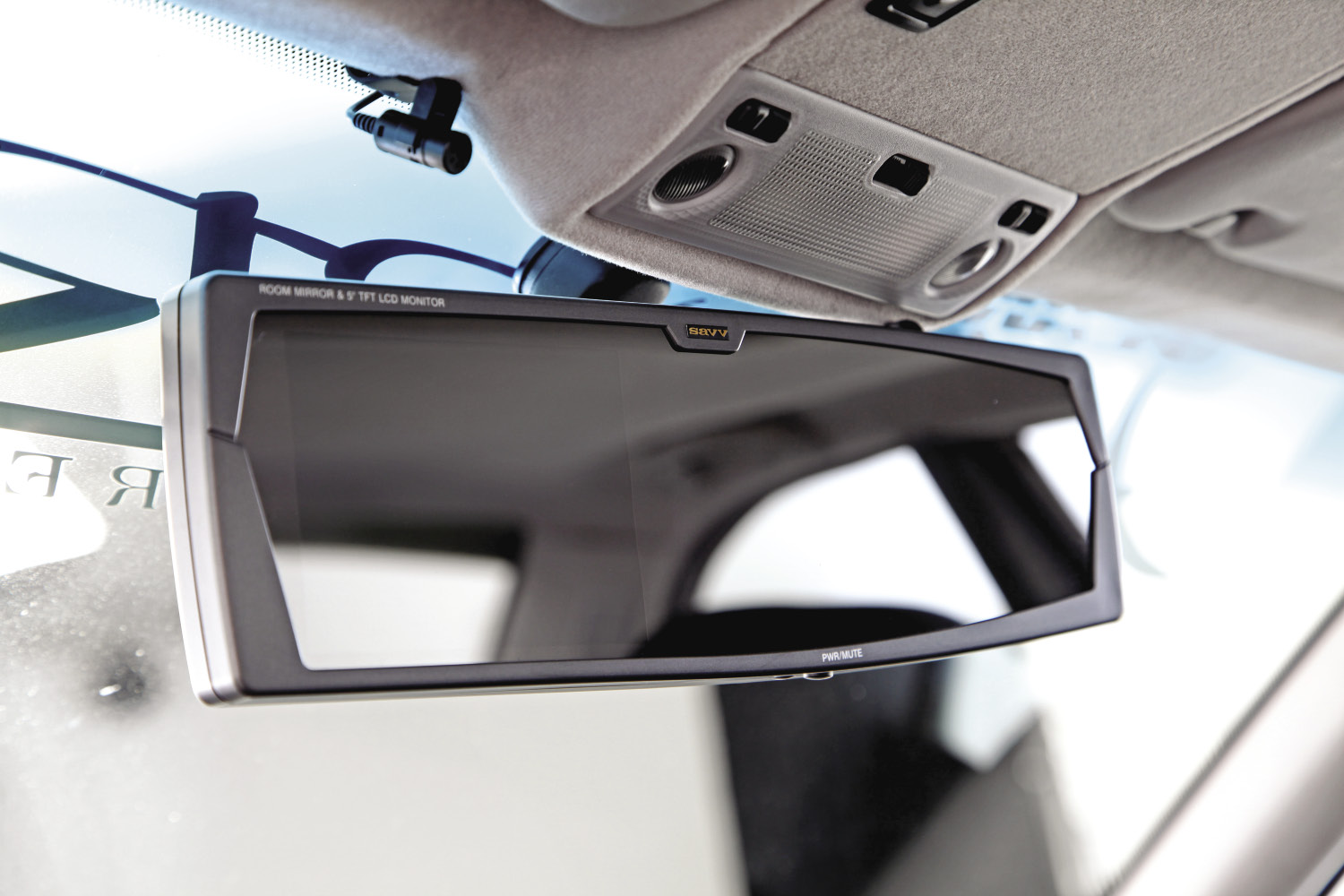 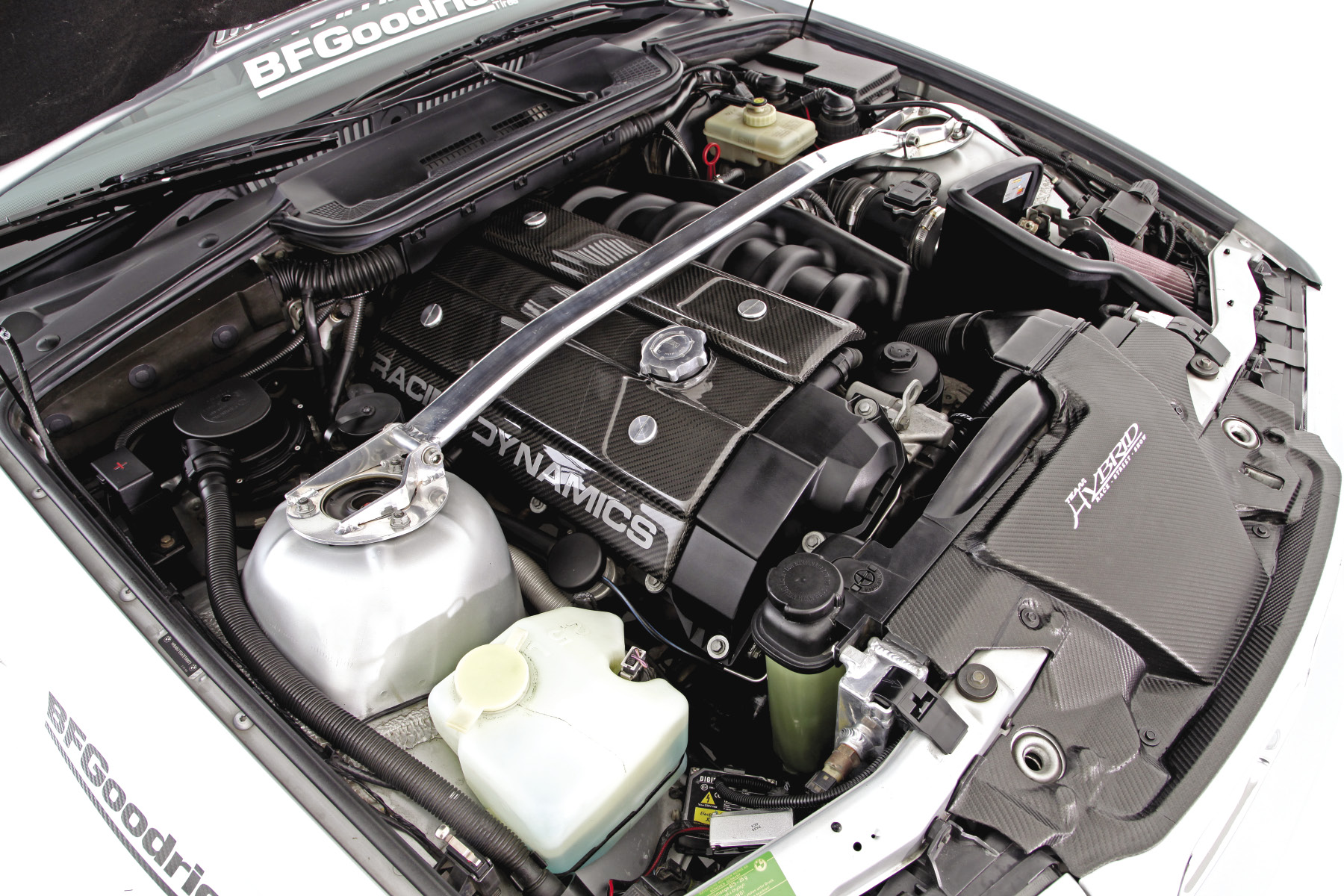 Rowdys Garage's 20b 3-Rotor BMW M4
Cody, the gangsta’ welder from Rowdy’s Garage in Kenilworth, New Jersey, has a BMW M4 in their garage and we noticed that they’ll be powering it with...