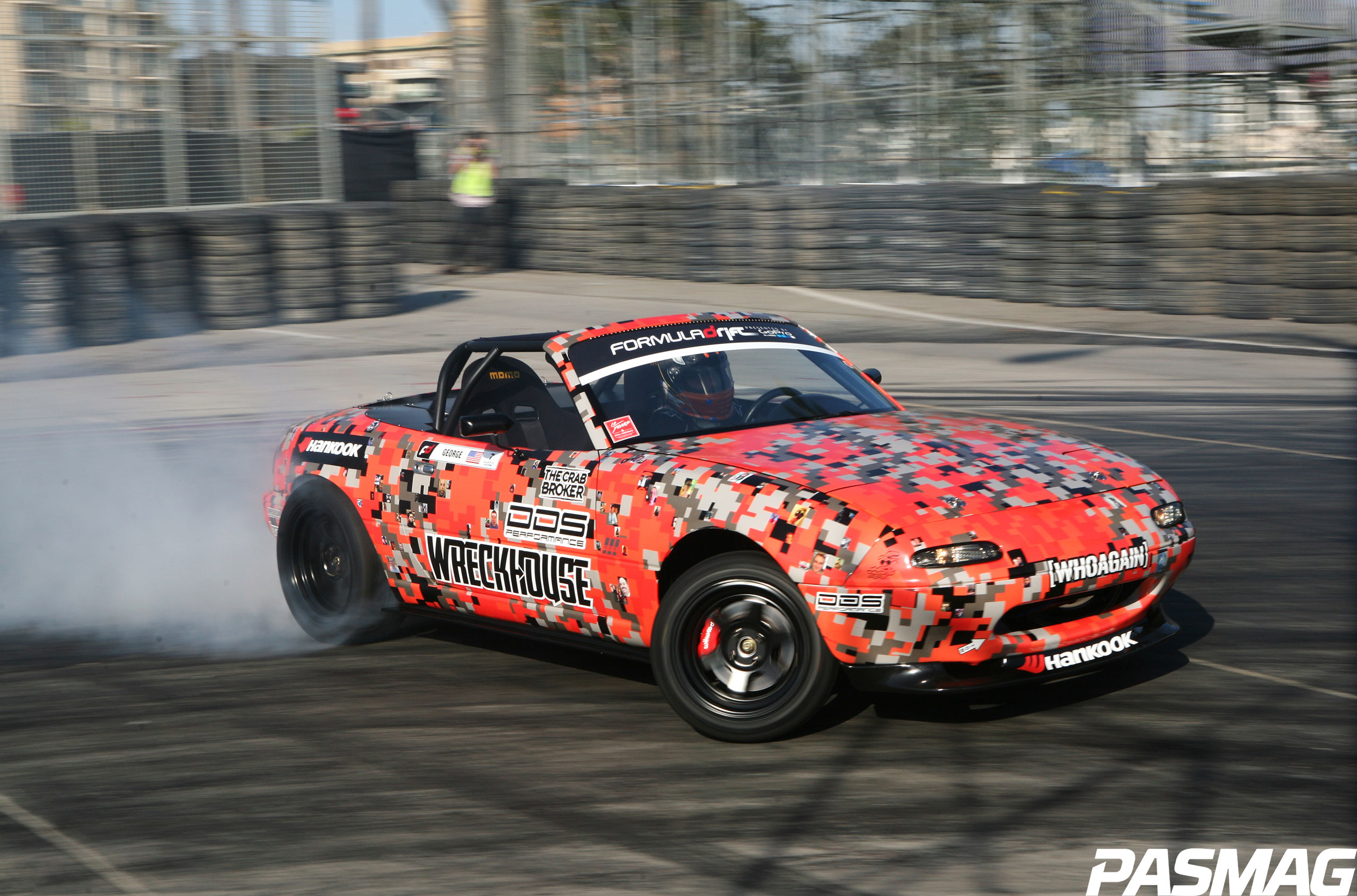 Four years ago, if you asked a drift fan which driver they associated with the color orange, there’s no doubt that Chris Forsberg’s name would come to mind. As a rookie entering Formula Drift for the first time last season, Danny George needed to do something to stand out among the 17 other freshman drivers. His Crab Broker Miata was a beast on the track, and George’s marketing efforts were rewarded with the “Spirit of Drift” award from Formula D at the season-ending awards ceremony. George was grateful for the accomplishment, but knew he had to come out bigger and better for his sophomore effort. 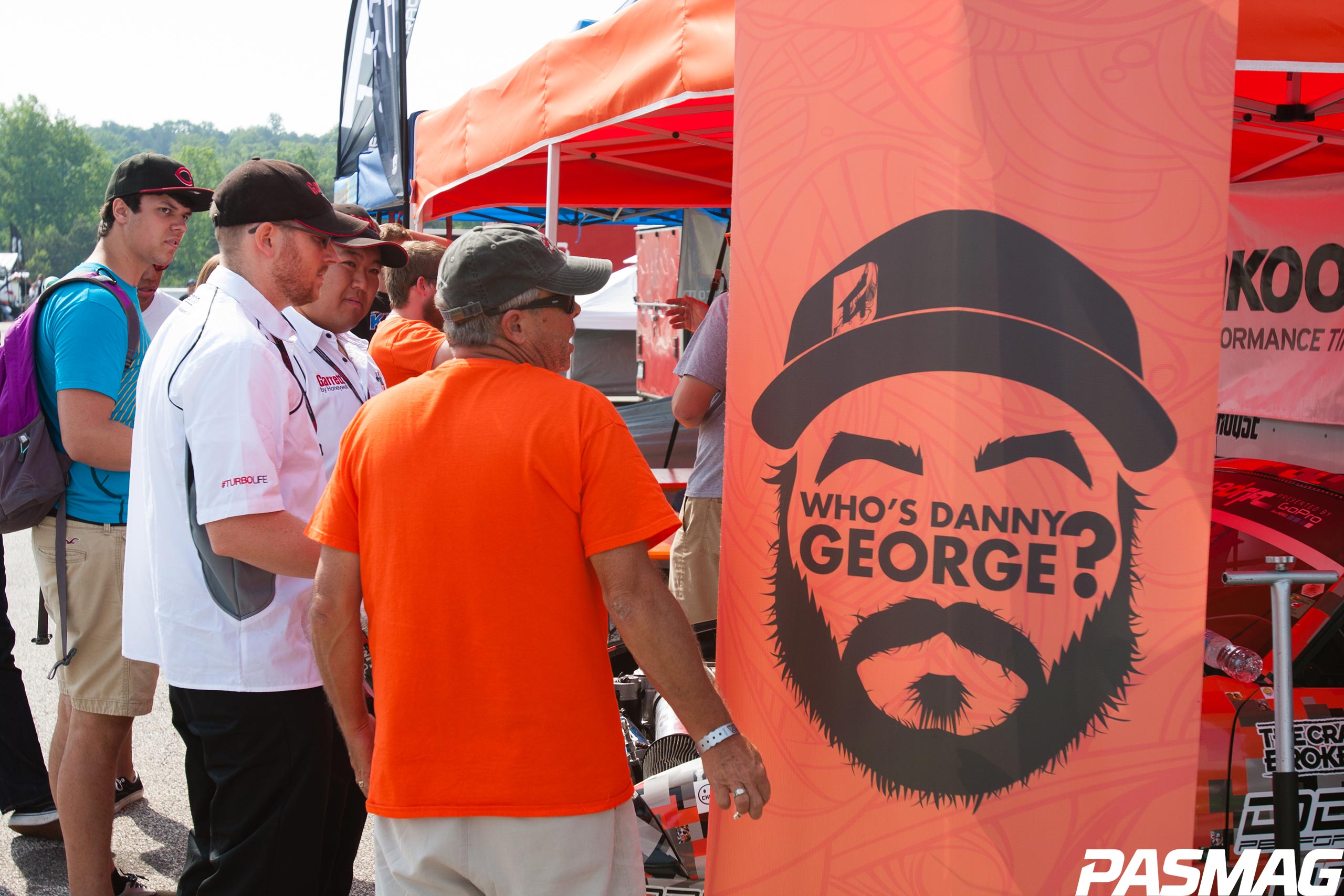 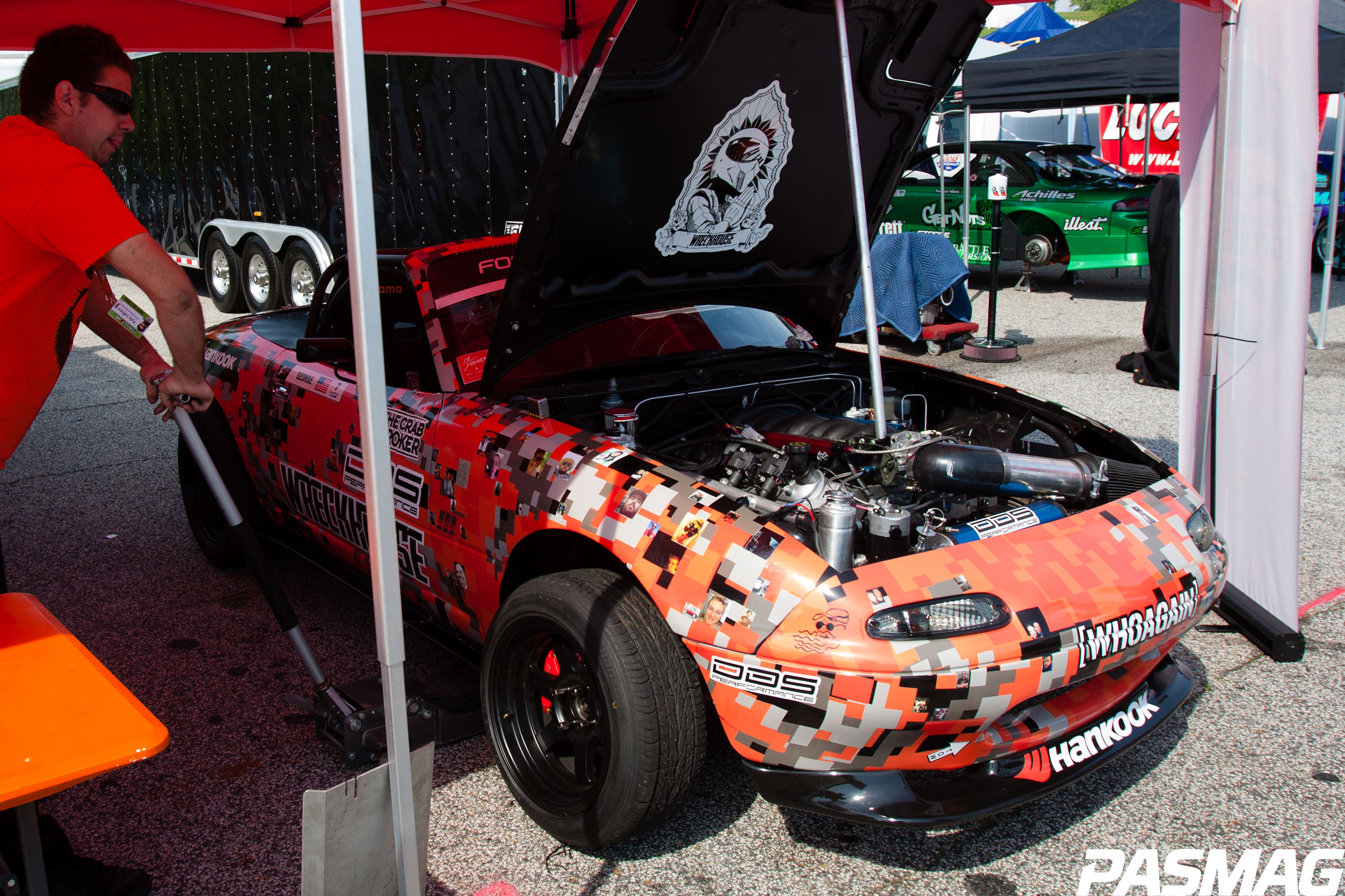 In the offseason, George decided to start with a fresh chassis. Utilizing the same 5.7L Chevy LS1 motor more commonly found in the C5 Chevy Corvette than any Mazda Miata, it is considered one of the most reliable and consistent powerplants for drifting. George gave the motor a refresh with dual valve springs, titanium retainers, hardened pushrods, 226 / 228 lift cams, and mounted an LS6 intake manifold to give the head plenty of air to work with. Miata Swap headers and a DG aluminum exhaust take care of the motor breathing, while an ImprovedRacing.com oil pan baffle, Canton Racing Accusump, and Melling high-volume oil pump keep everything lubricated. In one of the lightest-weight chassis on the grid, the power is more than enough to keep the car moving, while an undisclosed amount of Nitrous Oxide gives the car some extra balls-on-demand against some of the higher-horsepower builds on track. 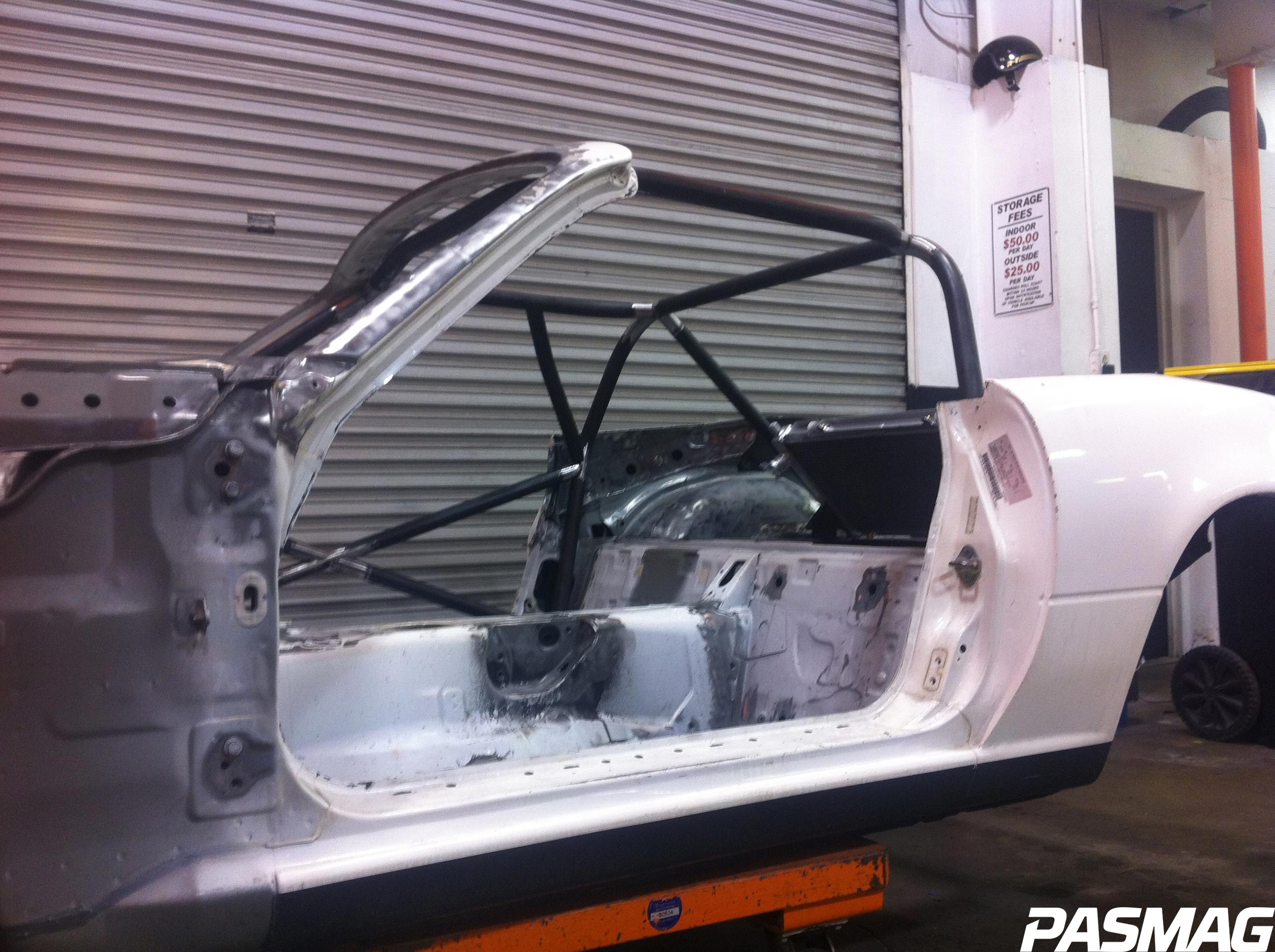 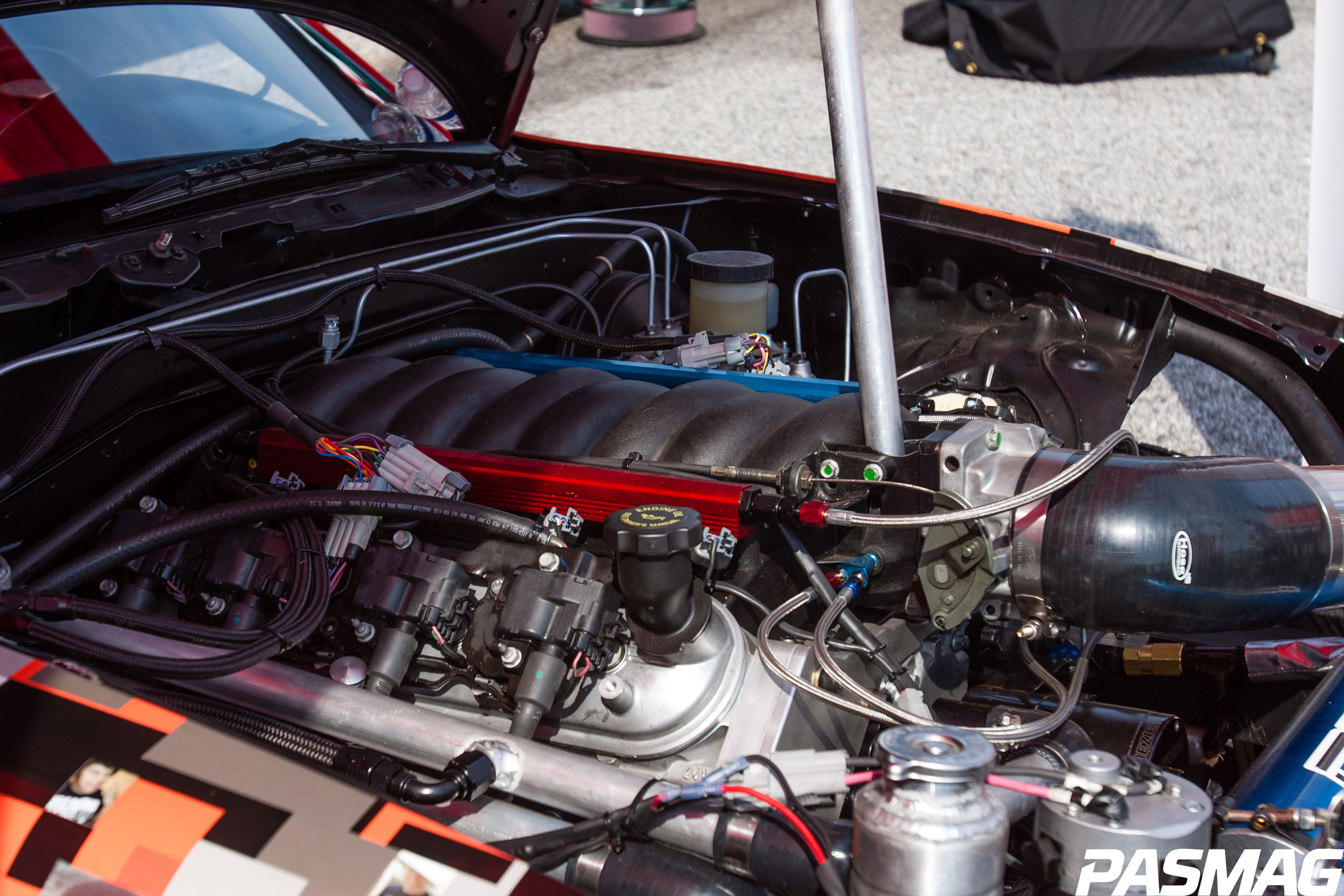 Power is shuttled through a Monster clutch to the T56 manual transmission (which required a custom transmission tunnel in order to fit in the tiny chassis) and a Driveshaft Shop aluminum driveshaft before turning the RX7 Turbo II 4:10 differential and Driveshaft Shop Stage 5 axles. Each axle turns a set of 16x8 Rota Grid wheels and Hankook 225/50 R16 RS3 tires out back, generating massive amounts of smoke. Steering is controlled by custom Wreckhouse steering knuckles and suspension arms through to the 15x8 Rota Grid wheels and Hankook V2 195/50 R15 tires up front. George originally designed the knuckles himself, and now sells the steering knuckles to the public under his “Wreckhouse” brand. Wilwood calipers stop everything, along with a custom DGM dual rear caliper setup controlled by an ASD Hydraulic brake handle. All things considered, the chassis is fairly simple. 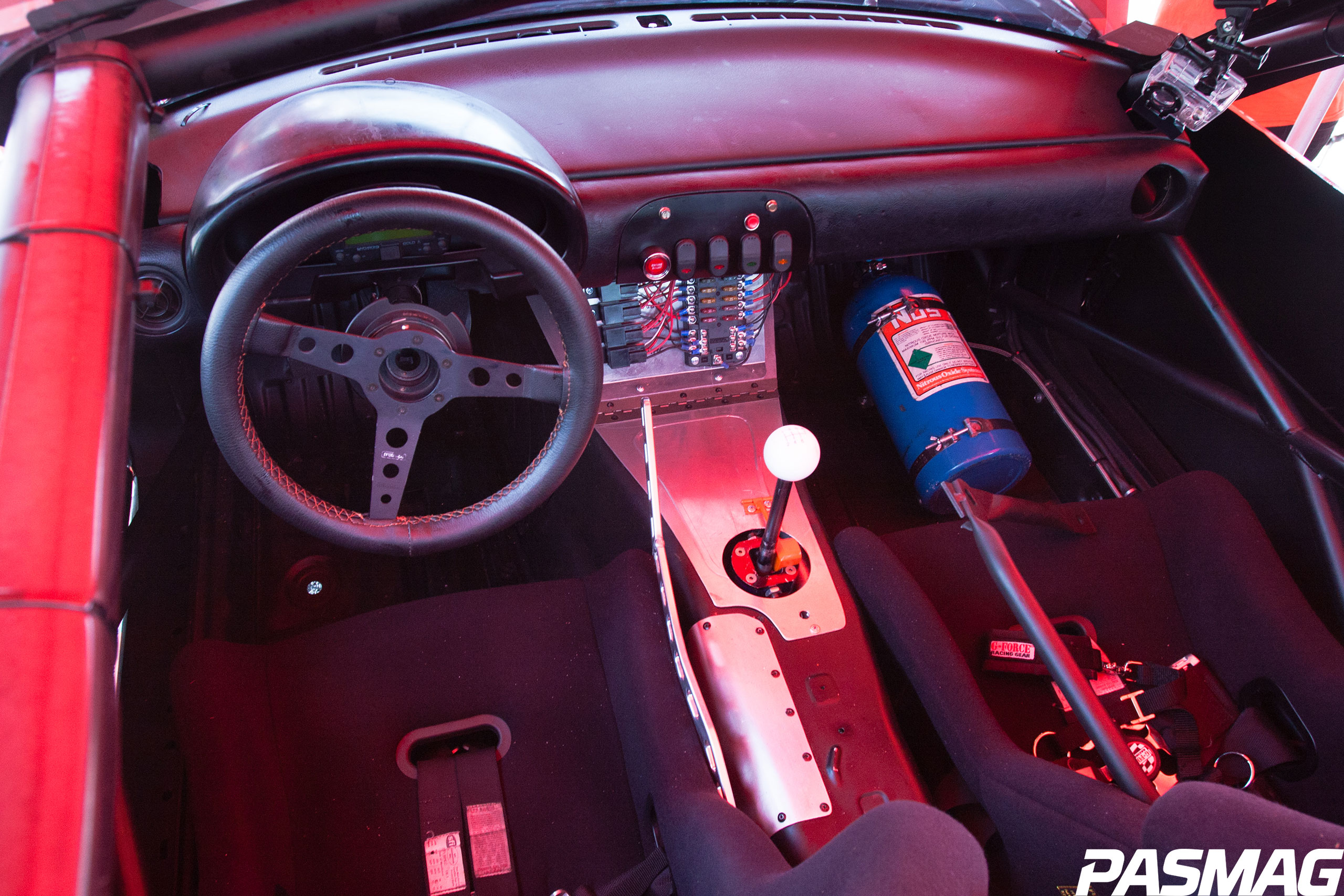 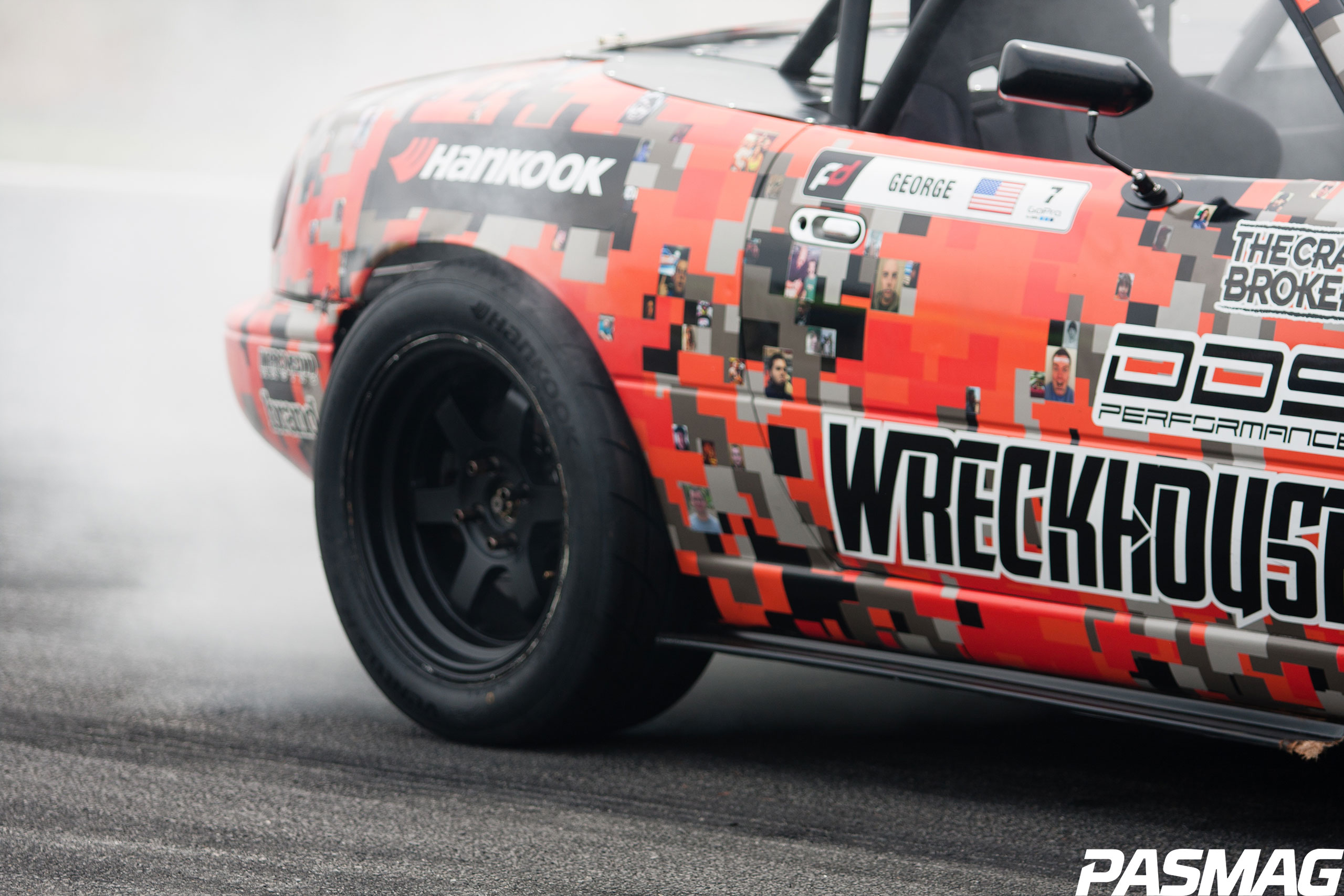 George’s Crew Chief and Head Mechanic Kyle Leblanc did most of the fabrication work on the car, including the cage, mil-spec wiring, and engine tuning. Items like the rear-mount aluminum radiator setup and custom power steering reservoir were also built by Leblanc, although originally designed and setup on the 2012 chassis before carried over to the 2013. Overall, this year’s car is substantially lighter and more thought-out compared to the 2012 car.

Just weeks before the 2013 season started, it looked as though the Danny George team would be a few dollars short on funding for the season. Rather than cut the number of events they attended, they decided to reach out to the supportive fan base they had accrued to help out. George created a series of funding levels which included items like stickers, t-shirts, and even your face on the side of the car based on the contribution. The team then incorporated the faces into the digital-camo livery that was wrapped onto the car. In just a few weeks, more than $15k was raised. Fundraising efforts have continued through the season, adding items like Vuvuzela’s and Cow Bells to the marketing materials. Before each round, new ‘sponsors’ are added to the livery, and fans can be seen taking photos of themselves next to their faces on the car in the pits. George goes out of his way to shake the hands of as many fans as possible and is frequently seen letting younger fans sit in the seat and crank on the steering wheel while making race car noises. Even the cars race trailer has the names of all contributors, giving further value to those who are contributing to his program. 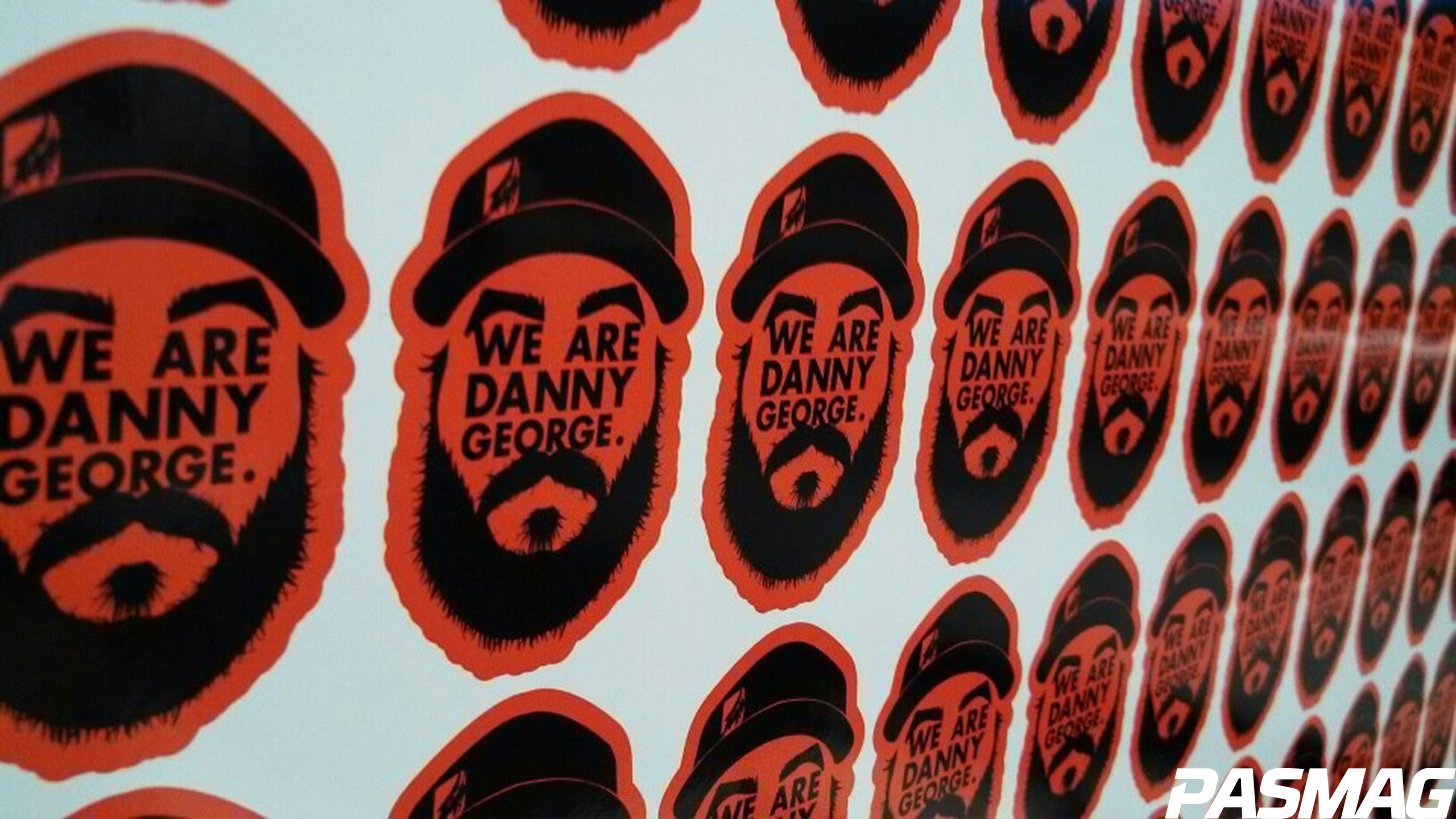 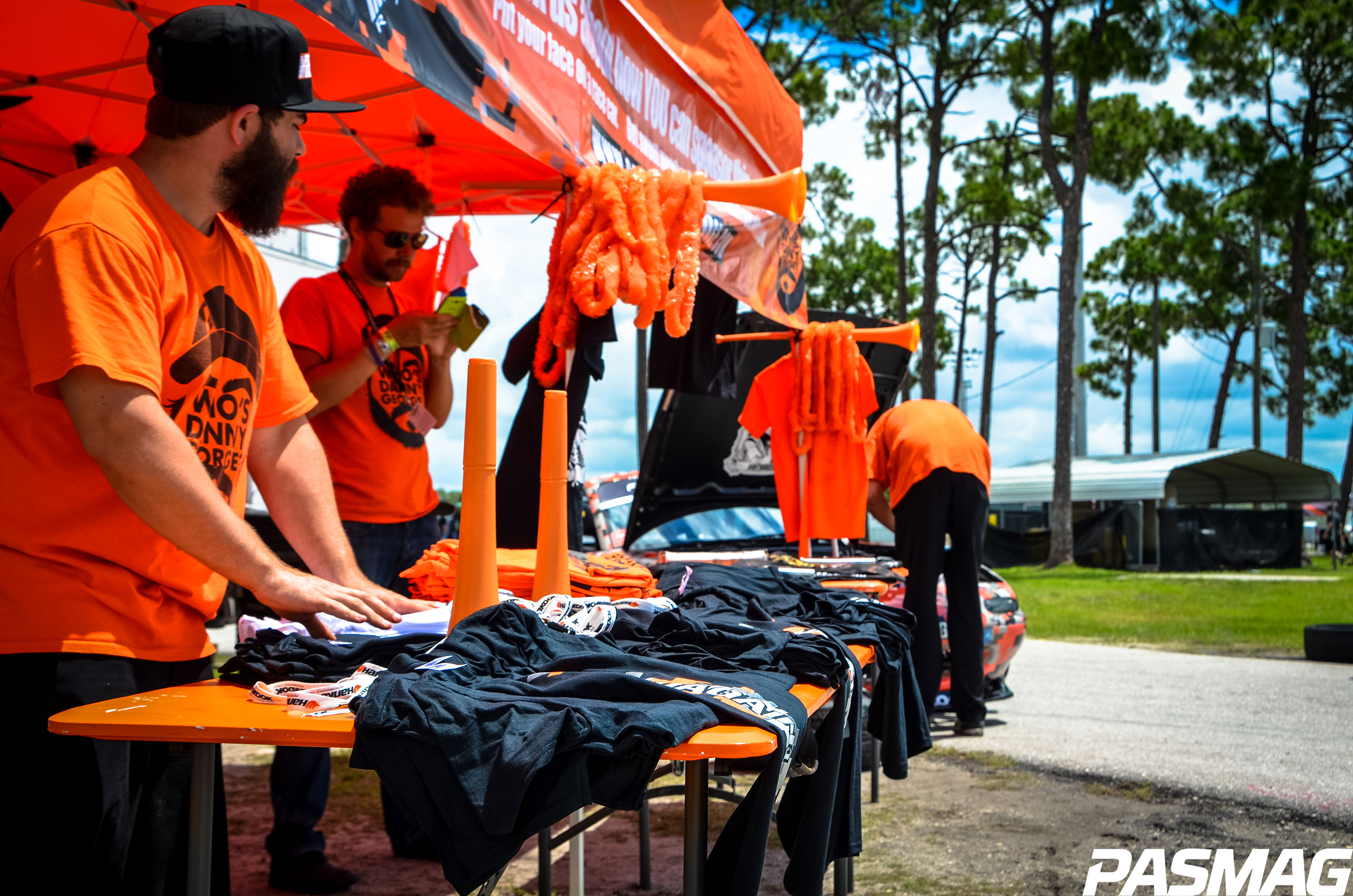 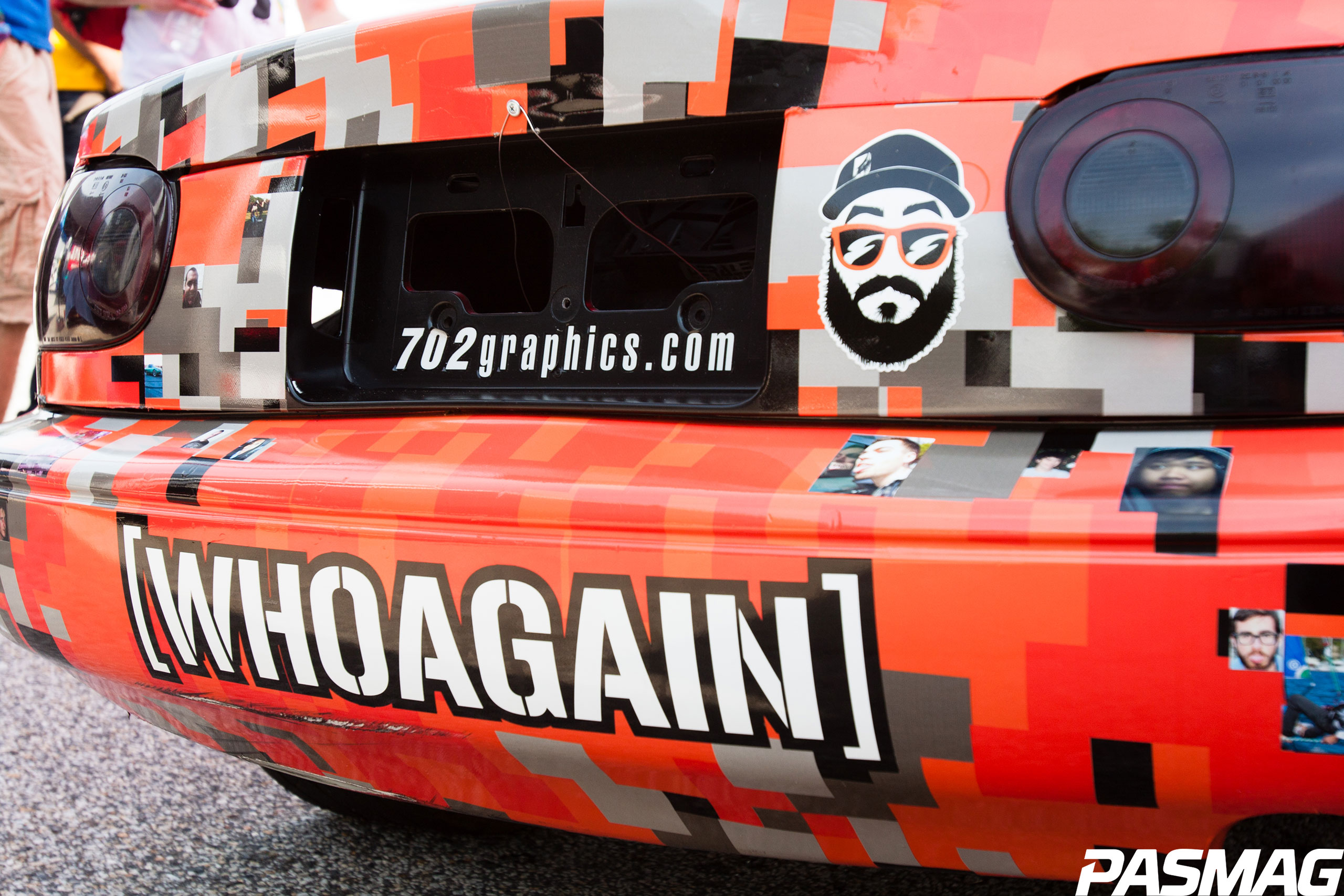 While George is out-pacing his 2012 efforts, he longs for the moment when his name will be announced as part of the Top-16 opening ceremonies. Despite the hard work to build a stronger and better car, his Top-32 matchups thus far have been very unfortunate, facing big names like Daigo Saito and Ryan Tuerck. Not backing down from a challenge, George is confident that his Top-16 introduction will come before the season is out, and sees that moment as a reward for every single sponsor who has contributed to his program. There are even rumors in the pits of a possible appearance in the 2014 Pikes Peak Hill Climb. The next time someone asks “Who is Danny George?” now you’ll be able to answer. 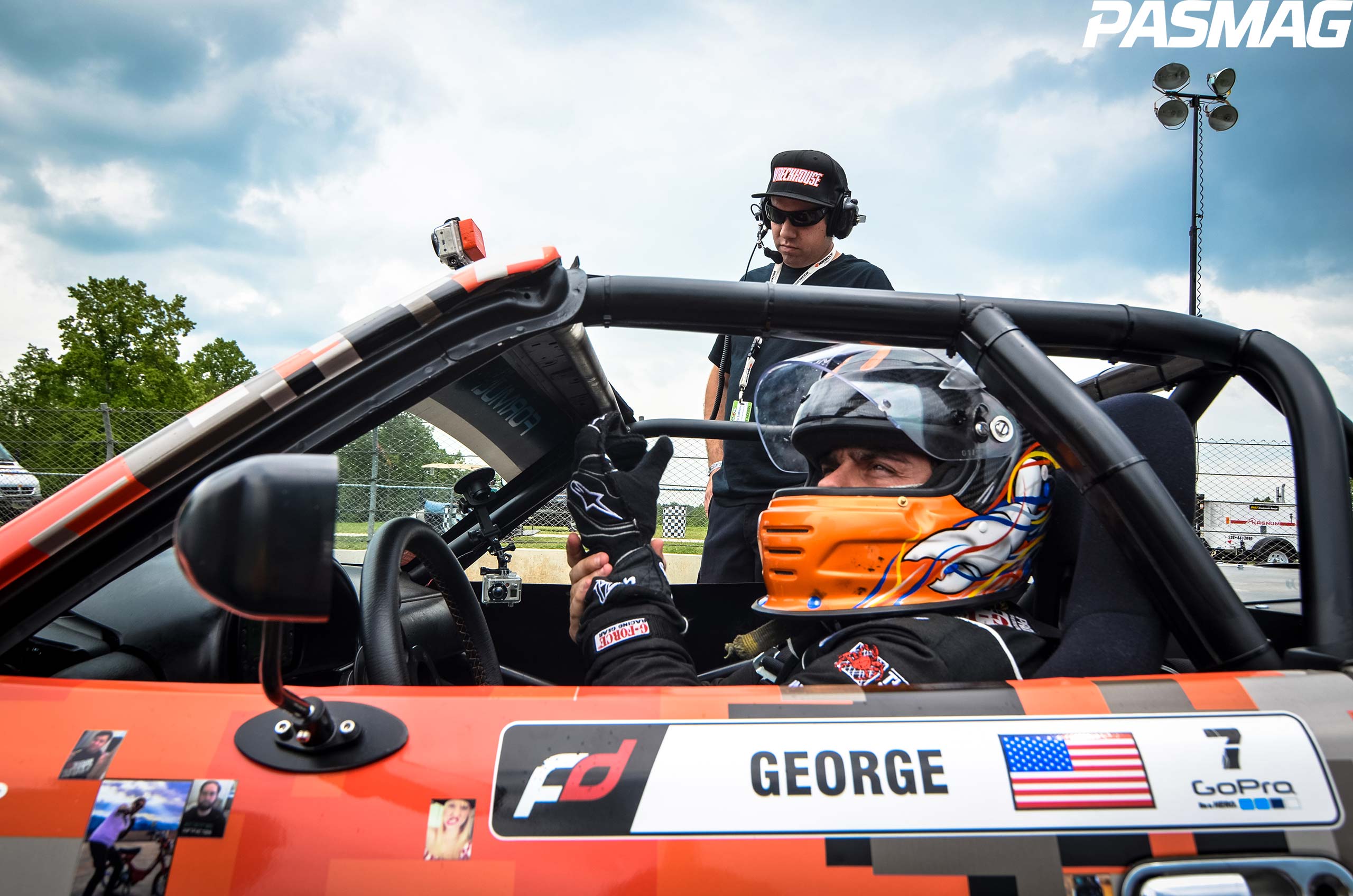