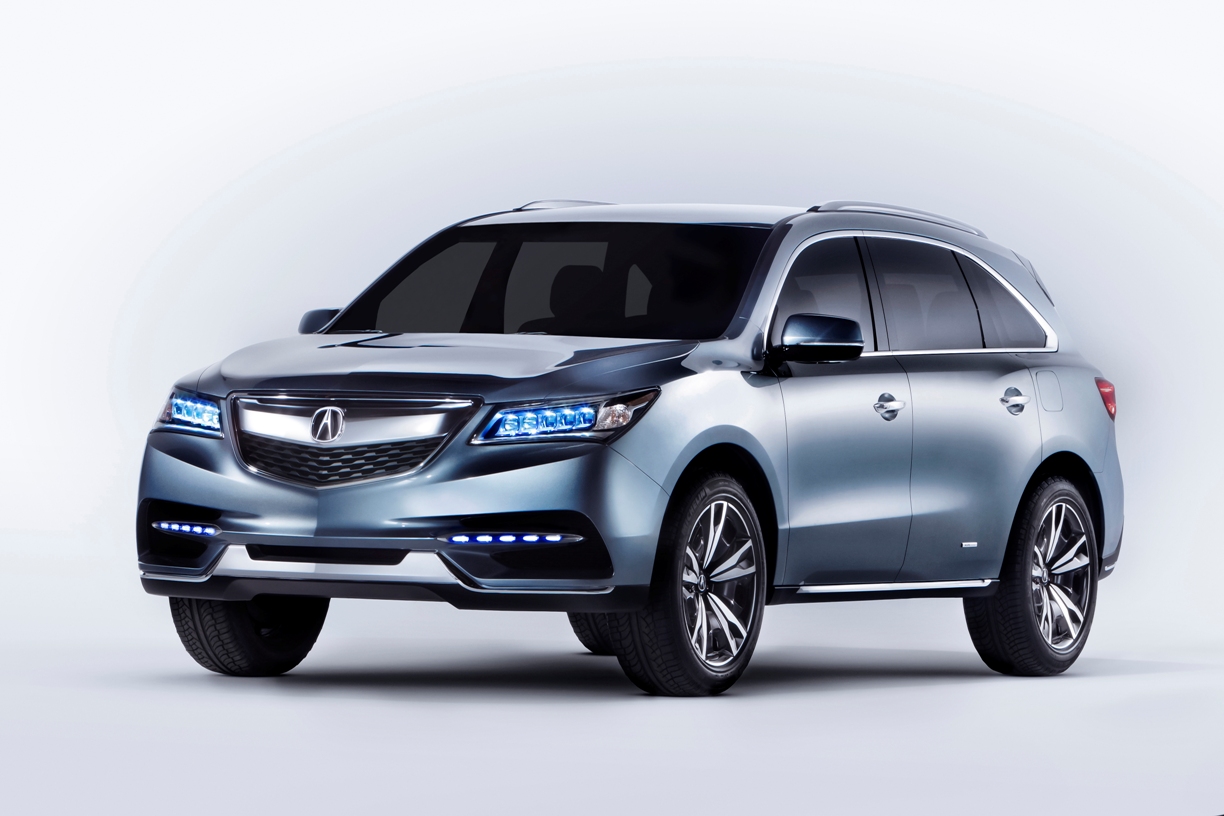 Today, at the Montreal International Auto Show, Acura gave Canadian media their first look at two vehicles that will help redefine Canadians’ expectations of what a luxury car can be.

“Since its introduction, and with every new generation, the MDX has redefined what an SUV can be,” said Jerry Chenkin, executive vice president, Acura Canada. “In true Acura fashion, this next model will take the current MDX’s inspired performance and move the needle further by improving fuel economy, luxury and comfort. It’s a very exciting time for the Acura brand and we’re looking forward to continuing the momentum from 2012 into 2013.”

Also making its first Canadian appearance was the all-new 2014 Acura RLX – the most powerful, spacious, and technologically-advanced Acura sedan ever. Utilizing an all-new direct-injection engine, lightweight body structure and the first-ever application of Acura Precision All-Wheel Steer™, the 2014 RLX delivers a new and dynamic driving experience unlike that of any other luxury performance sedan. Inside, the RLX also features the Canadian introduction of the AcuraLink® connectivity system, which delivers a wealth of communication and entertainment features.

“This RLX achieves our goal of beautiful, timeless design with flowing lines that make a statement from any angle,” said Chenkin. “Like the new ILX, RDX and MDX, this new RLX represents Acura’s return to setting new standards in the luxury market.”

About the all-new 2014 Acura MDX Prototype

The “Aero Sculpture” styling of the 2014 MDX Prototype pursues the direction of a strong, bold, and premium appearance with low, wide and sleek proportions; clean, efficient and uncluttered design; and elegant, premium detailing, including the next-generation Acura grille design and signature Acura Jewel Eye™ LED headlights. This “aero” image also reflects significant gains in aerodynamic efficiency, up 16 percent compared to the outgoing 2013 MDX, achieved through extensive testing in Honda R&D Americas’ new wind-tunnel laboratory in Raymond, Ohio – where the vehicle is being created.

The 2014 MDX will also be equipped with a broad array of advanced safety and visibility technologies, including the next generation Advanced Compatibility Engineering™ (ACE™) body structure, as well as Forward Collision Warning (FCW) and Lane Departure Warning (LDW), Multi-Angle Rearview Camera; and available Blind Spot Information (BSI), Lane Keep Assist System (LKAS), and Active Cruise Control (ACC) with Low-Speed Follow. Further, the 2014 MDX is designed to achieve top-level safety ratings, including a 5-star Overall Vehicle Score from the U.S. NHTSA and a TOP SAFETY PICK+ rating from the IIHS1.

All 2013 Acura models achieve at least a TOP SAFETY PICK safety rating, while the TL sedan was one of the first two vehicles in the industry to achieve TOP SAFETY Pick+ status.

The new MDX will also feature a full array of advanced infotainment technologies, including the AcuraLink cloud-based connected car system featuring SMS texting, SiriusXM™ radio and cloud-based Aha™ by Harman that brings thousands of personalized news, information and media feeds into the vehicle via the customer’s compatible smartphone and data plan.

AcuraLink will also be available with a host of convenience, safety and security features, such as automated crash notification, remote locking/unlocking, emergency “SOS” call feature, and live-operator concierge services. 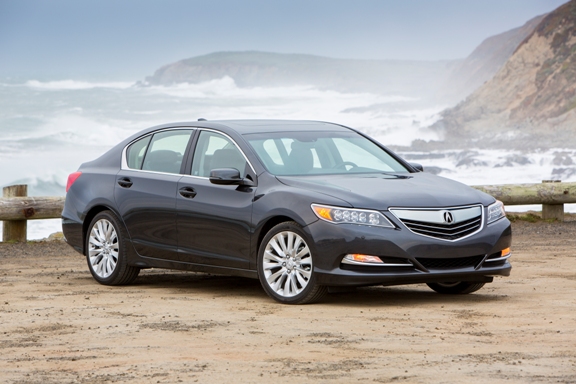 The 2014 RLX is powered by an all-new, 3.5-litre, direct-injected SOHC i-VTEC® V-6 engine with Variable Cylinder Management™. Rated at 310 horsepower, the engine delivers exceptional drivability, with more than 90-percent of its peak 272 lb.-ft. of torque available from 2000 rpm to 6600 rpm. Variable Cylinder Management with 3-cylinder and 6-cylinder operation works in concert with the VTEC valvetrain to deliver superb cruising efficiency. The engine is mounted to a lightweight and rigid aluminum front subframe using a vibration-canceling Active Control engine Mount (ACM) system.

Additional details on key advances and technologies for the all-new 2014 RLX:

·         Class leading interior space based on the RLX’s longer wheelbase and efficient packaging. At 4,982 mm, the RLX is similar in length to the outgoing RL, but it has a 50 mm longer wheelbase and is 43 mm wider, placing the new RLX well above the norm in the mid-luxury class. The flagship RLX sedan has up to three inches more rear legroom than competing models, including the BMW 535i, Lexus GS350 and Audi A6.

·         Extensive use of lightweight materials includes the application of high-strength steel to 55 percent of the body, and the intensive use of aluminum—for the front fenders, hood, steering hangar beam, front and rear bumper beams, front subframe, and all-new “hybrid” front and rear door panels (steel inner structure mated to aluminum outer skin). The RLX weighs in at 1,788 kg (3,942 pounds). Static bending and torsional body rigidity are up 52 percent and 46 percent, respectively.

·         Automatic Brake Hold (an Acura first) maintains the vehicle’s position when the driving or parking brake are released until the throttle is depressed.

·         Adaptive Cruise Control (ACC) with Low-Speed Follow (an Acura first), allows the RLX to independently maintain a set following distance in low-speed traffic situations, including stop and go traffic, and to initiate vehicle braking when necessary.

·         Forward Collision Warning (FCW) uses a camera mounted in the upper portion of the windshield to detect vehicles ahead of the RLX and audibly and visually alert the driver when it determines a frontal collision with a detected vehicle is possible.

·         Lane Departure Warning (LDW) uses the same windshield-mounted camera to detect lane markings on the road and alerts the driver if the vehicle is wandering from a detected lane.

·         Front seatbelt e-pretensioners use electronic control to reduce belt tension under normal driving conditions, while also enabling automatic belt tensioning in hard cornering maneuvers or in the event of a collision.

Further information is available upon request or by visiting www.acuranews.ca