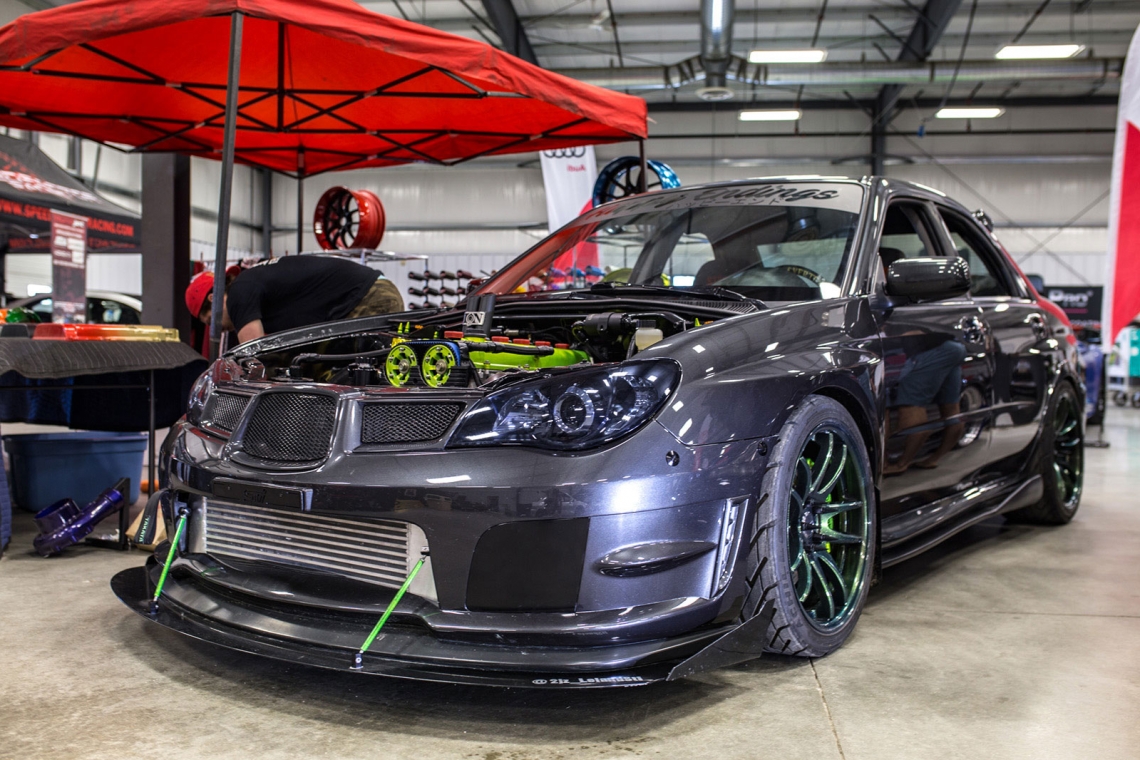 Battle of the Drifters, presented by Option Plus, was an action-packed Drift Skills Competition where fans witnessed Pro Drivers battle it out in a Freestyle type competition to see which crew put together the wildest and most entertaining show consisting of tandem drifting and driver stunts. Drivers hailed from around Canada and the United States. Made up of Pro Am and Pro drivers, they all met in Winnipeg and showcased the biggest and baddest drift event the city has ever seen!

RWB Aoyuri, Canada’s RWB #23 and the only 993 between Vancouver and Toronto, was recently completed and officially debuted and displayed at Driven Winnipeg.

Libertywalk is the premiere wide fender designer in the world. Known for their exotic and supercar mods, it's no surprise that only a handful of these modified cars are around in Canada. Attendees of Driven were able to see one up close in Winnipeg.

FEAR TOXIN, built by Krazy On Highways, is Leigh’s one-of-a-kind Denali HD. The paint on this truck was flawlessly applied by MOB Air Brush and the details were wild!