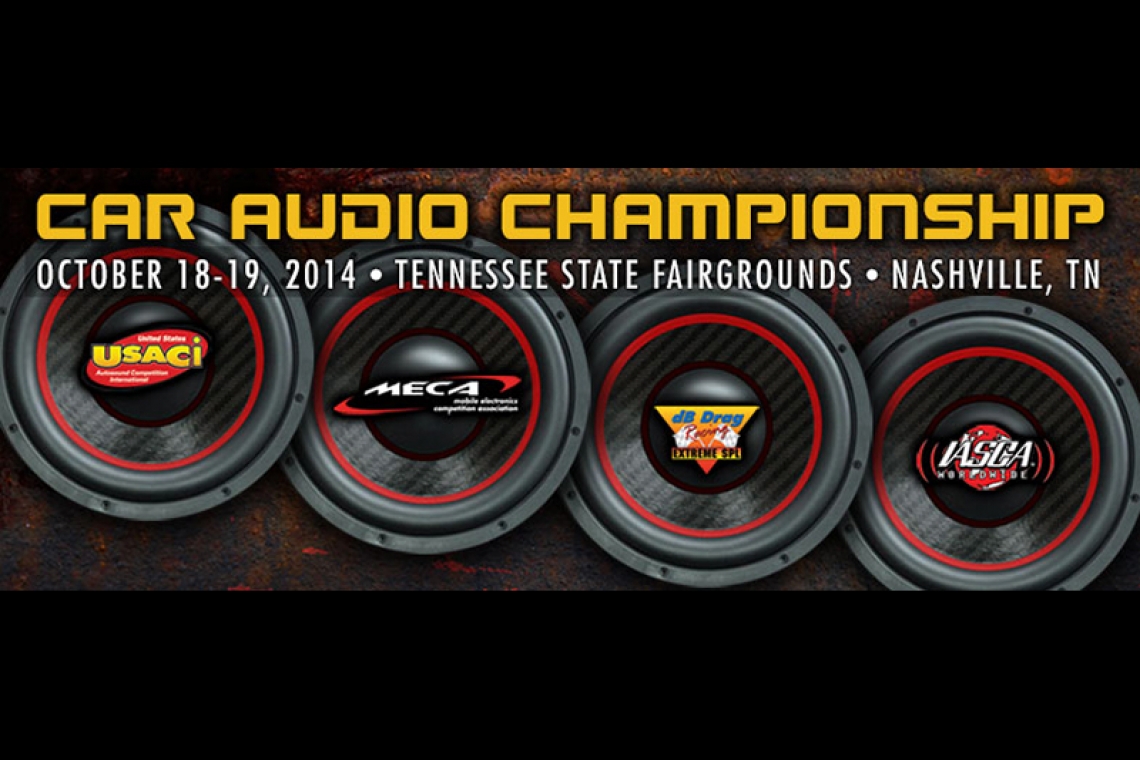 The third annual Unified Car Audio Championship was well attended with more than 200 vehicles competing to be the Champion in their class. Due to the great competitor turnout, room in the original venue layout was limited, so an additional building was rented to handle the overflow.

More than 90 sound quality vehicles participated in MECA, USACi and IASCA sound quality competitions, from as far away as Canada and Mexico. Over 100 SPL vehicles vied for the Champion spot in dB Drag, IASCA, MECA and USACi competition.

“dB Drag Racing had an awesome show. The dBDRA had 158 entries in 3 locations in North America as part of one large event. During the elimination rounds, the dBDRA competitors were competing head to head amongst competitors in Nashville, TN / Upper Lake, CA / Spruce Grove, Alberta Canada.” Said Wayne Harris, President of the dB Drag Racing Association. Here is a link to all of the dB Drag and Bass Race winners: https://bit.ly/31dugPl.

“IASCA was once again proud to join forces with MECA, dB Drag and USACi to collaborate in this effort to unify our industry” said Moe Sabourin, Director of Operations for IASCA Worldwide “A project of this size requires the efforts of all involved, for the greater good and success of our industry. Once again we came together for that benefit and we look forward to future collaborations. IASCA would like to thank all of its members  and judging officials for their support over the season and helping make the show a success; they are the stars of the show and the people who make IASCA great. For a complete listing of results and our 2014 Champions, visit our event results page at https://bit.ly/2Np93JR."

“With 100+ vehicles from Canada, Mexico, and the USA, MECA's World Finals Soundfest was quite a show for SQL and SPL fans and families.” Stated Steve Stern, President of MECA “ The club recognized 150+ State and World Champions, National Points Champions, and special club themed titles, with an array of awards from the 7.5" Best of Best of Show trophy to scores of custom plaques that signified excellence in the mobile electronics sports, MECA SQL and SPL.  Working at the Tennessee Fairgrounds in Nashville with IASCA, USACi, and dB Drag Racing resulted in a huge show for our audience.  The united Car Audio Championship event is an exciting and fun celebration of car audio, and the mobile electronics industry.  Feedback from the show has been very positive, and 2015 is shaping up to be a banner year for MECA and our Competitor Members, Retail Members, and Manufacturer Members.”

Kicker Passive Radiator
Whether you are looking for Earth-shattering bass, or something just to “fill the hole” in your sound, when you think of subwoofers, most think of...

2020 Hot Import Nights: Houston
Hot Import Nights finished up their 2020 season in Houston, TX at Aveeda Stadium on December 20th with a Toys 4 Tots Toy Drive in partnership with Eat...