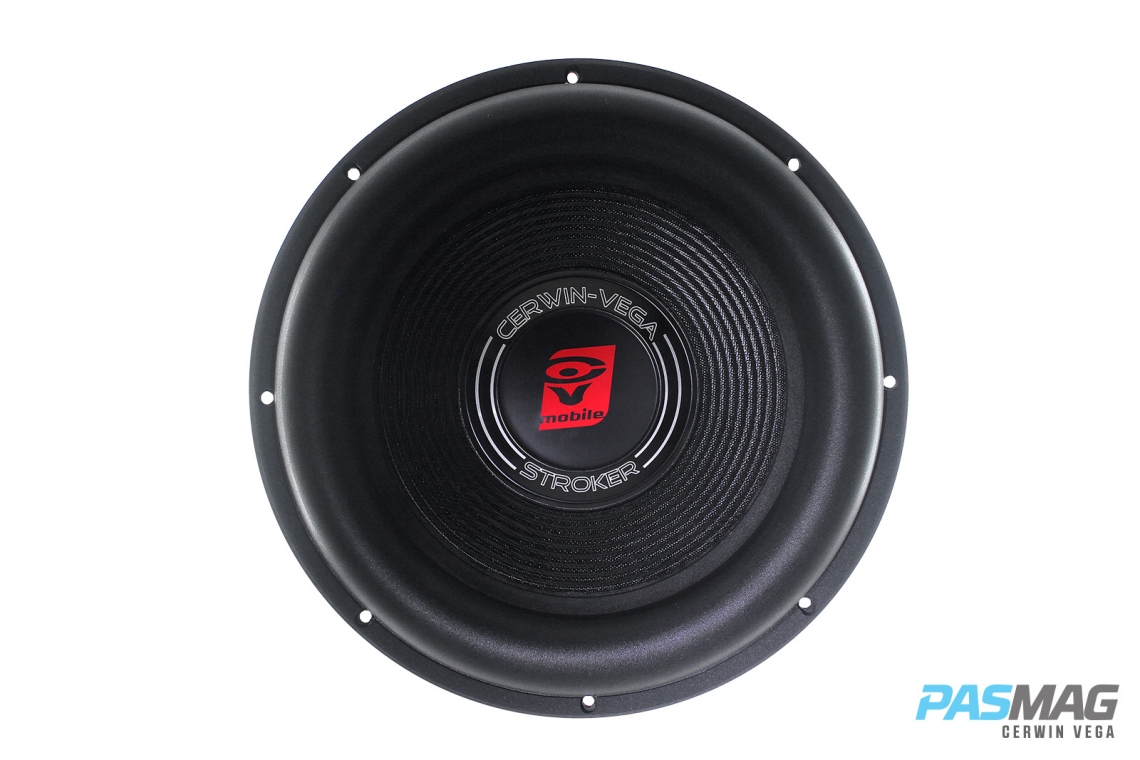 With the legacy of the venerable brand rooted firmly in the past, but their focus clearly on the future, there are few car audio companies with the history and diverse experience of Cerwin-Vega.

Originally founded in 1954 by Gene Czerwinski, a brilliant aerospace engineer, the brand has built a legacy of high performance breakthroughs spanning more than half a century. Czerwinski is no longer with us, but around 2007 the car audio division of the company became Cerwin-Vega Mobile. The same motto “Disturbing the Peace for over 50 Years” still applies, and the brand’s legacy for high performance lives on with the new Stroker series of woofers, which is what we are going to take a closer look at here.

The Stroker series of woofers are available in 10- to 15-inch diameters, and in your choice of two- or four-ohm dual voice coils. For this review, they were kind enough to supply me with a Stroker ST122D, which is a 12-inch dual two-ohm voice coil unit with a suggested retail price of $779.99. The Stroker woofers are built with an all-new die-cast aluminum basket that incorporates an elevated motor design to optimize excursion and cooling of the voice coil. To ensure adequate linear suspension travel and mechanical reliability, the Stroker woofer has an oversized foam rubber surround and dual, mirror image Nomex spiders. Also, in the interest of reliability, the tinsel leads from the speaker’s terminals to the dual coils are woven into the spider to eliminate the chance of lead slap or damage from over excursion. Electrical connections are made with spring-loaded chrome terminals that are clearly marked for polarity, and will accept up to eight-gauge wire.

Magnetic energy comes from an oversized double-stacked set of high-gauss ferrite magnets. The magnetic energy gets focused by a one-piece cold forged alloy yoke that drives a hand-wound, three-inch, four-layer copper voice coil that is treated with a special high-temperature coating. Drawing from the wealth of experience the company has in building high power handling woofers, the Stroker also uses an aluminum former for maximum heat dissipation. 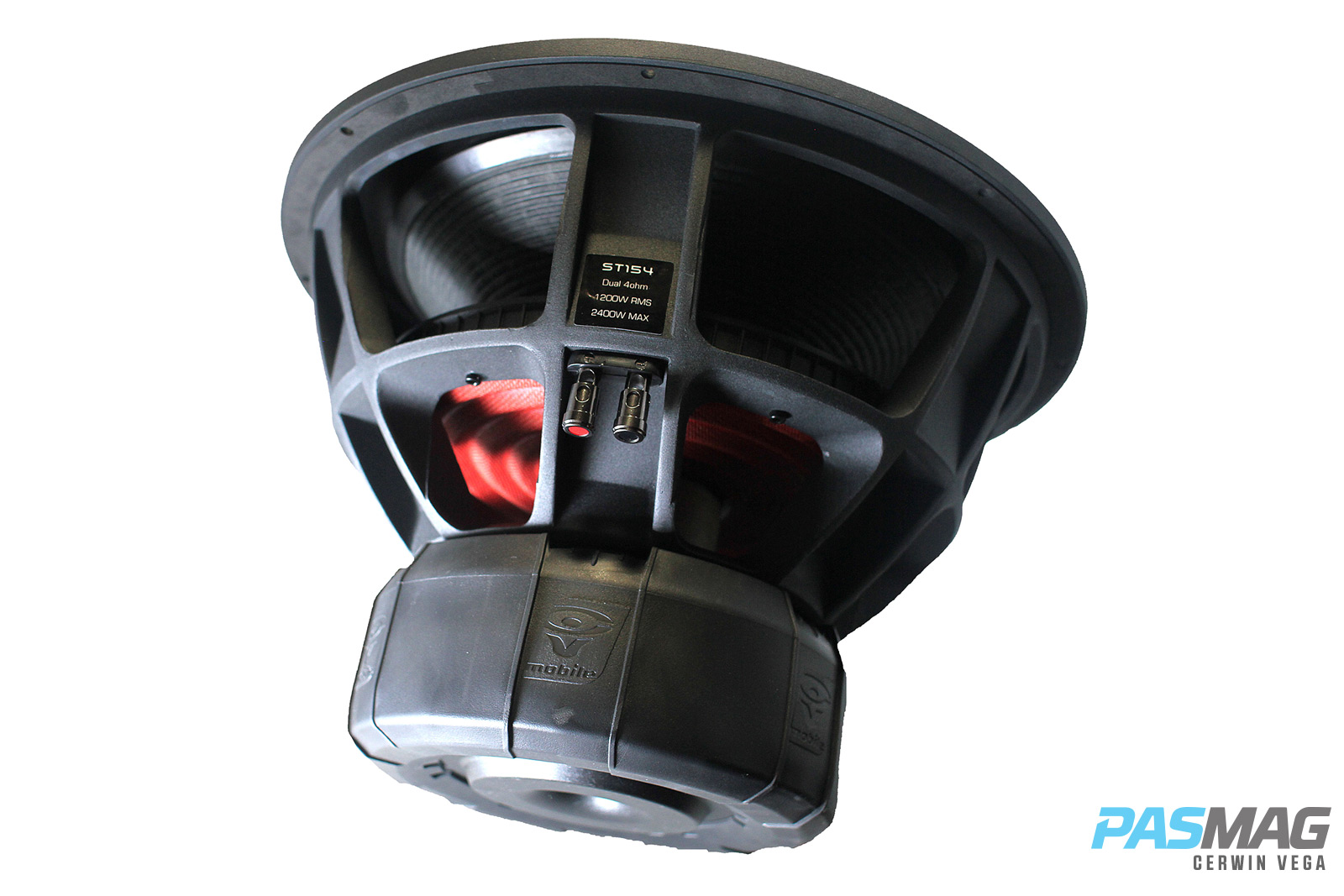 Speaking of getting rid of heat, the design of the basket provides a great deal of ventilation via large windows in the basket, as well as a fully vented pole piece. The cone of the Stroker woofer is formed from a semi-pressed pulp paper material, selected for is light weight, good rigidity and sound quality. The cone is capped off with a flat aluminum dustcap. All of this is assembled, measured and optimized using the industry’s highest standards with a Klippel DA measurement system. The result is a woofer that provides exemplary performance in a vented application.

As usual, the first thing I do with a woofer is exercise it. I like to use a 10 Hz signal to maximize excursion in order to allow the suspension to soften up a bit prior to my listening and measurements (did you know that with every halving of frequency, a speaker’s excursion quadruples?) With just enough power applied to get about half-an-inch of cone movement, I let the woofer run for about 10 hours. Then I remove the signal and allow the woofer to cool and normalize overnight. Normally you don’t need to do this when buying a new woofer, because it will break in as you listen to it for the first couple of weeks, but because I don’t have the luxury of taking several weeks to review a product, I have to accelerate the process as described above.

Now it’s time to select an enclosure. The manual specifies a 1.5-cubic-foot vented enclosure, so that’s what I use. For this session, I drive the woofer with an amplifier rated at 1,000 watts into one ohm, and wire the coils in parallel. Normally I would prefer a higher impedance, but I believe most buyers of this woofer will use it at one ohm, so that’s how I did my listening. As usual, it’s all about getting you, our valued readers, the best possible info!

With the amplifier’s crossover set at 80 Hz and the subsonic filter at about 28 Hz, I audition the Stroker woofer with a bunch of different music. Make no mistake about it, this woofer plays low and loud! Power handling is never an issue, and I don’t see any indication of reaching the woofer’s limits, even when playing at the limits of my amplifier. The sonic performance of the woofer is actually quite good, too. The output is warm sounding, with decent definition and not a lot of “overhang” on the transients.

I begin, as I frequently do, with one of my all-time favorite bass test tracks, The Planet Krypton. In this track there is a one-minute 39-second crescendo that goes down to about 18 Hz. If there are any excursion issues to be found, this track will find them, but it was no problem for the big Stroker woofer. Fast plucked bass notes, such as in Thom Rotellas’ Friends, sound powerful and well-defined, and I can easily hear the resonances and echo in the recording. The bass and drums in The Blues Brothers version of Sweet Home Chicago sound very natural, and like I’ve noted with other paper cone woofers, has that really pleasing “round” and warm timbre I find particularly natural and realistic. Pushed hard on bass-heavy tracks from Yello and Thomas Dolby, the Cerwin-Vega Mobile woofer simply pounds out the bass with nary a whimper or protest.

In terms of output, the woofer is right there with the other high power handling woofers I’ve tested. They have a bit lower overall efficiency, but the tradeoff is the extreme power handling and the amount of abuse they’ll take, where a more efficient woofer would simply self destruct. No worries here, this woofer can certainly handle all the power it’s rated for.

On the test bench, my Klippel analyzer’s measurements of the Stroker ST122D turn out very much as one would expect, but quite different from the published specifications, which are only given for a series wiring configuration, whereas I make mine with the coils in parallel as that is likely to be the most commonly used wiring configuration.

The new Stroker woofer is just the ticket for those who want it low and loud. The woofers are built with modern materials and techniques that are designed to withstand the type of use Cerwin-Vega products are famous for. There is no question the Stroker woofers will be very capable of disturbing the peace for another 50 years! 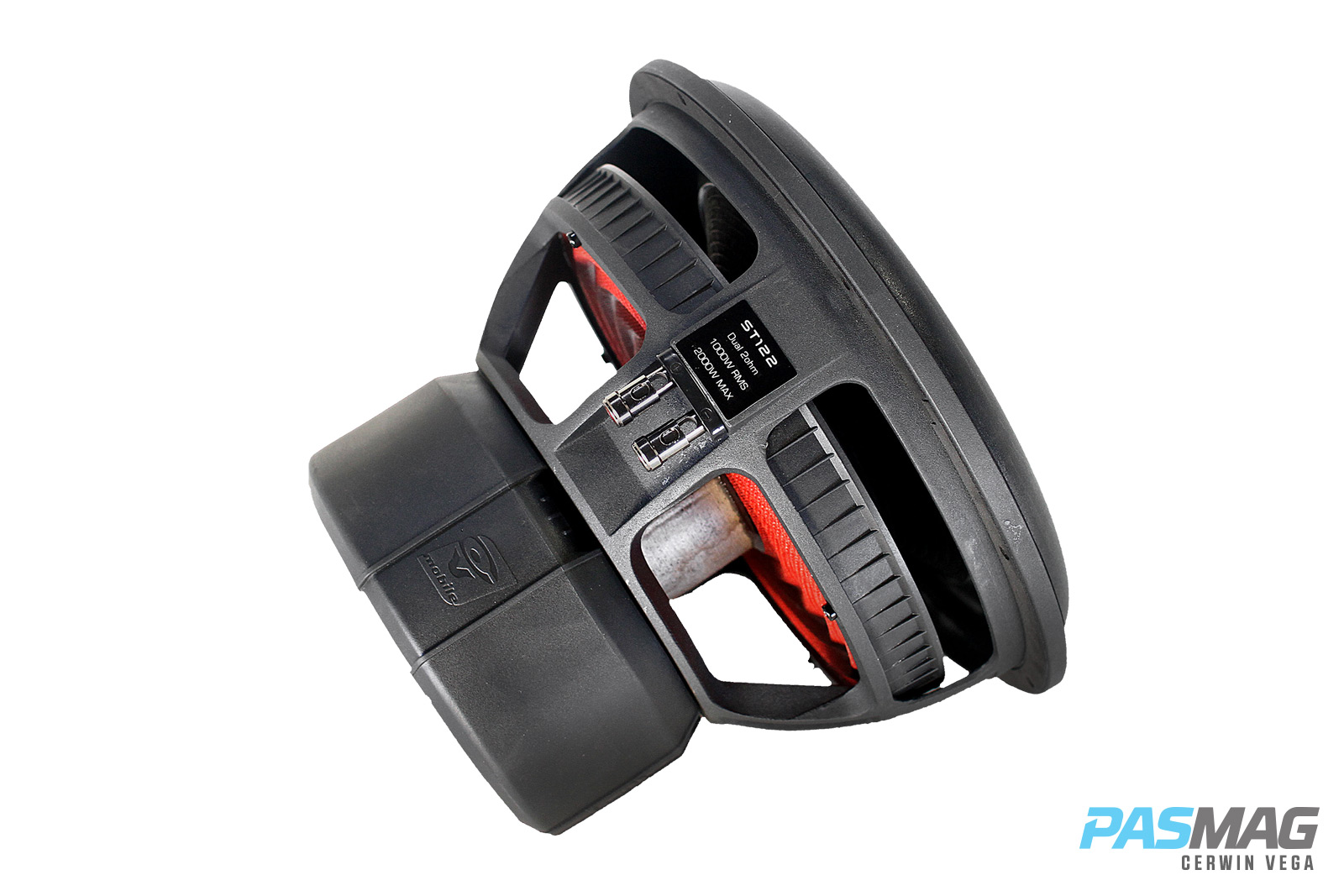 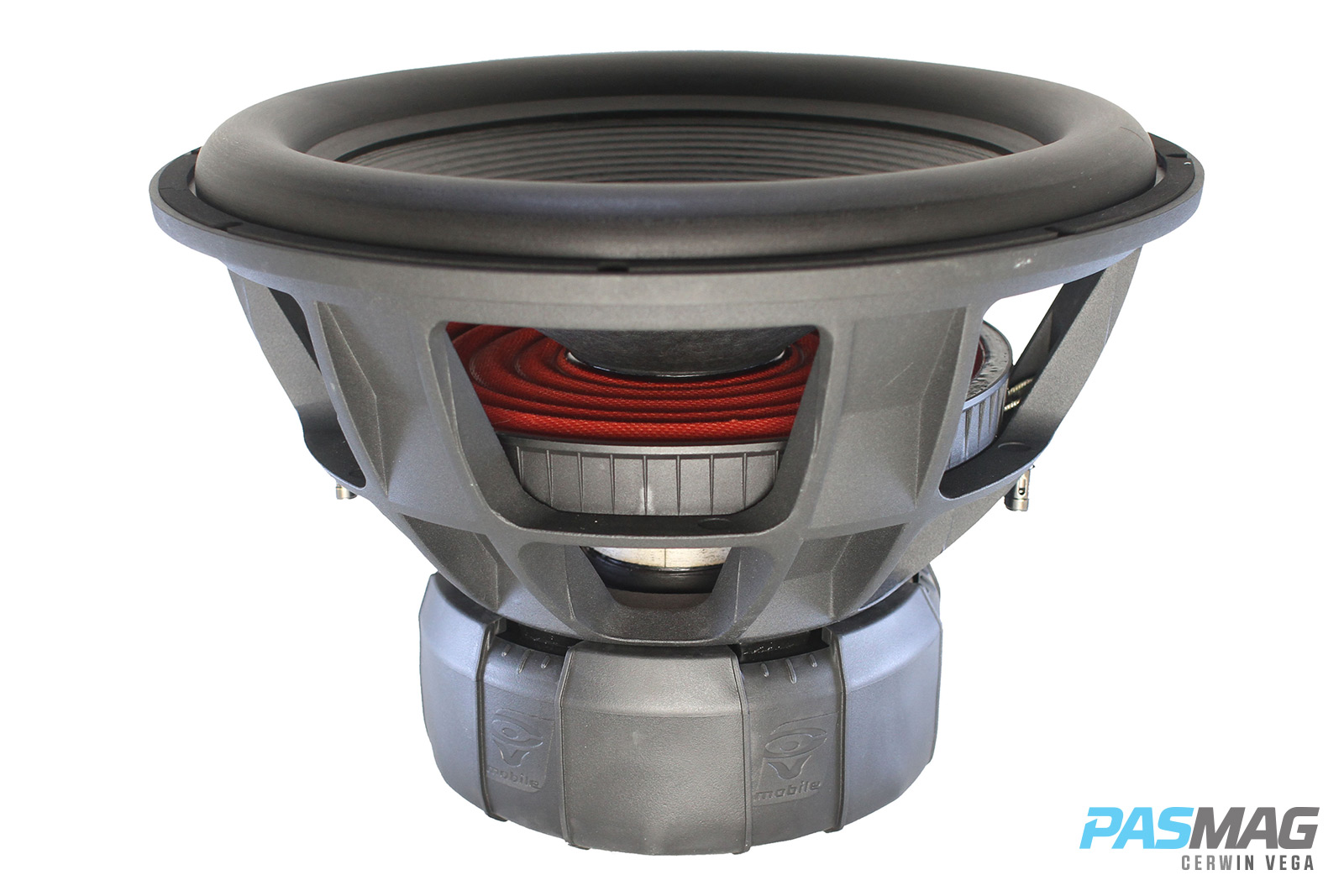 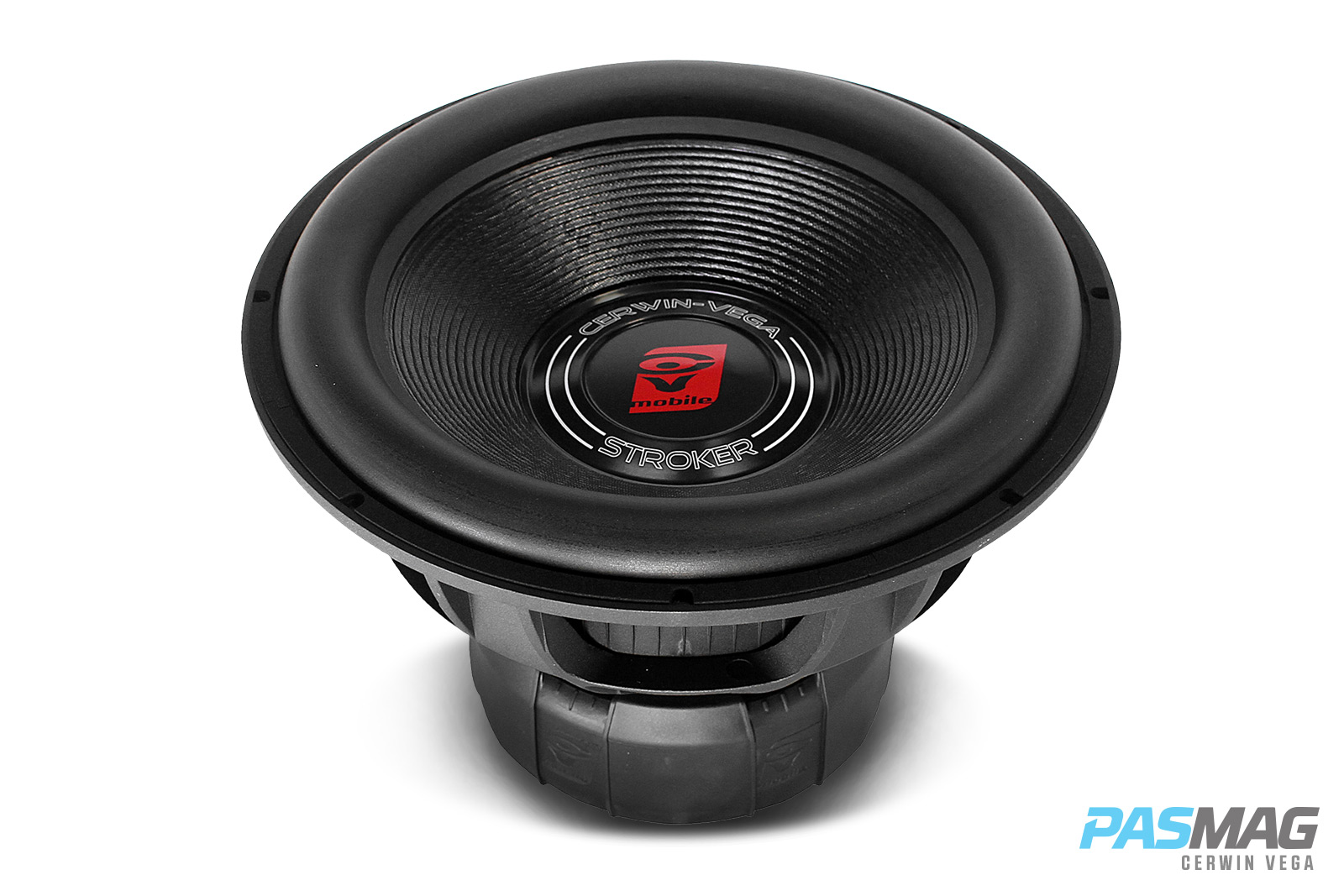