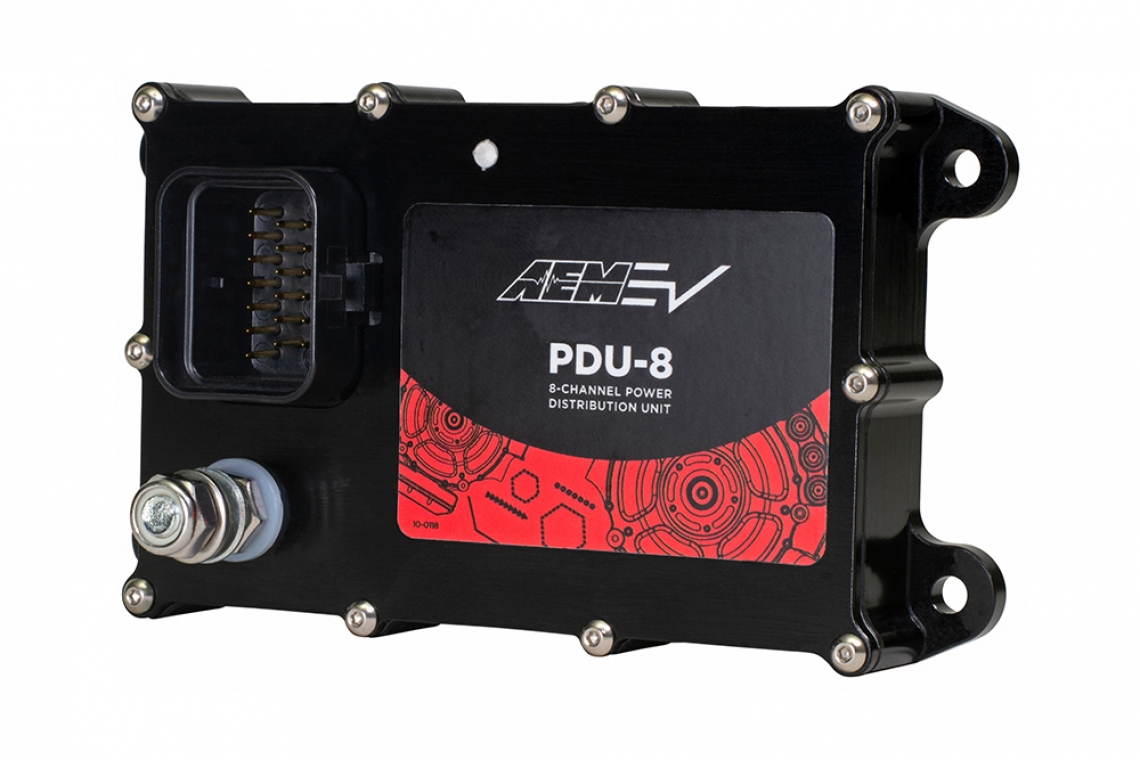 AEM EV has released the PDU-8 (PN 30-8300); a low-cost 8-Channel Power Distribution Unit for providing CAN-directed switched power to the various systems on EV conversion and motorsports vehicles. The PDU-8 takes a distributed approach by allowing a Vehicle Control Unit (VCU) to command its operation directly, removing the need to create complicated logic programming. The PDU-8 features a simple CAN bus protocol, so it can be controlled by AEM EV’s VCU200 and VCU300 directly or other programmable devices that can transmit programmable CAN bus messages.

Some examples of the functions that can be controlled by the PDU-8 and directed by a VCU include inverter power, negative, positive and pre-charge contactors, a shift solenoid on indirect drive systems, a trans brake solenoid, a line lock solenoid, headlights, brake lights, reverse lights, BMS and dash/display power, cooling pumps and fans, power windows accessory lights, and more! 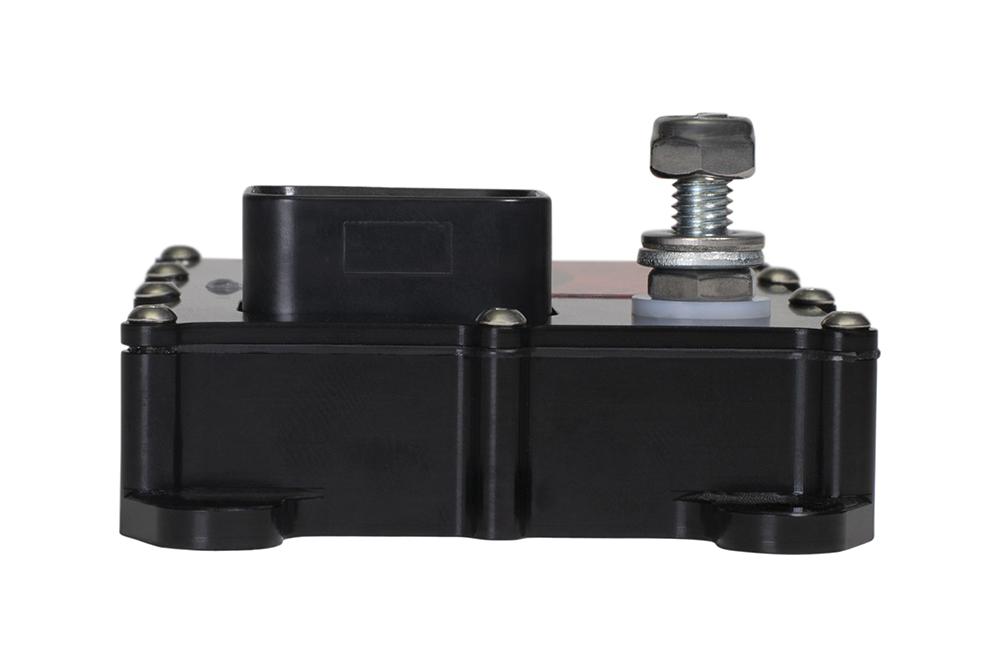 Because the PDU-8 is designed as a modular device that receives its command signals over a CAN bus, no programming of the PDU module is necessary and all PDUs are interchangeable. The unit’s low cost and the ability to connect up to eight PDU-8s on the same bus lets users mount the individual PDUs closer to the subsystems they are controlling, which simplifies wiring, reduces weight and increases reliability.

A Plug & Pin Kit for the PDU-8 (PN 30-3711) is available to ease in creating a custom wiring harness and is sold separately. 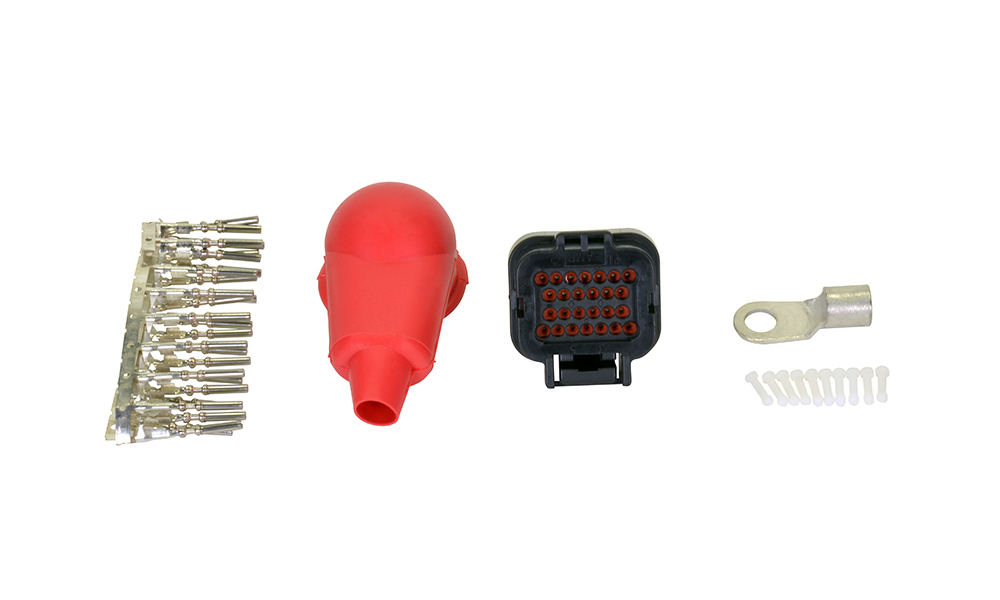 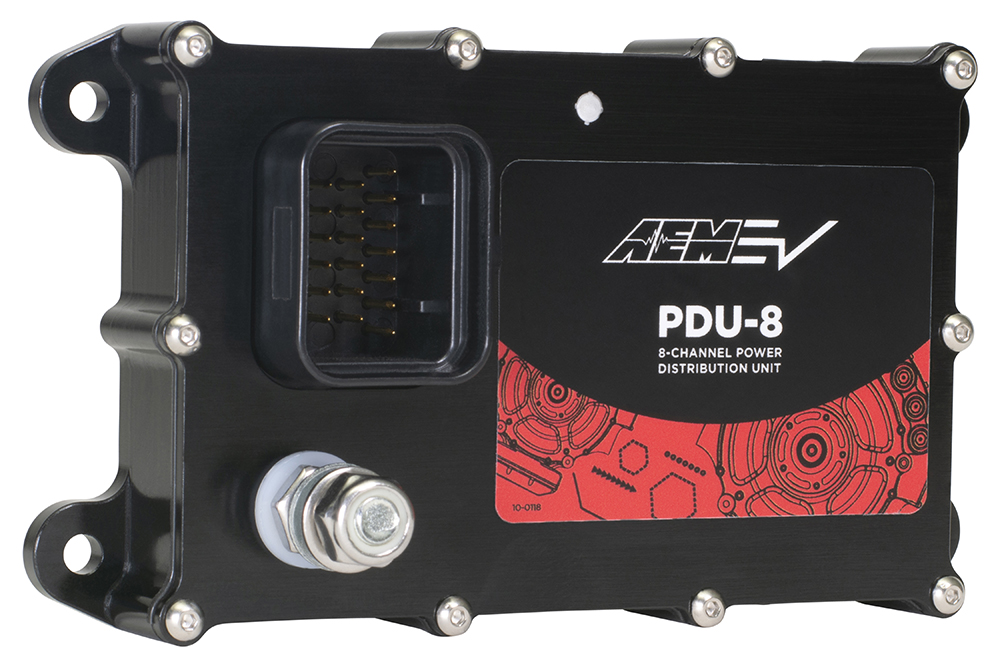 KnuKonceptz KCA Complete 4 Gauge Amplifier Installation Kit
It's hard to believe that years ago KnuKonceptz brought CCA center stage to the car audio community. A product then known as their KLM series would go...

Lucas Oil Fuel Treatment
A powerful blend of oils and additives that contain no SOLVENTS. Designed to increase power and fuel mileage and also lower exhaust emissions through...

Mishimoto 2017 Limited Edition Ryan Tuerck Shift Knob
Every car enthusiast knows that a shift knob is more than just a piece of plastic or metal used to change gears; it’s a connection between your body...