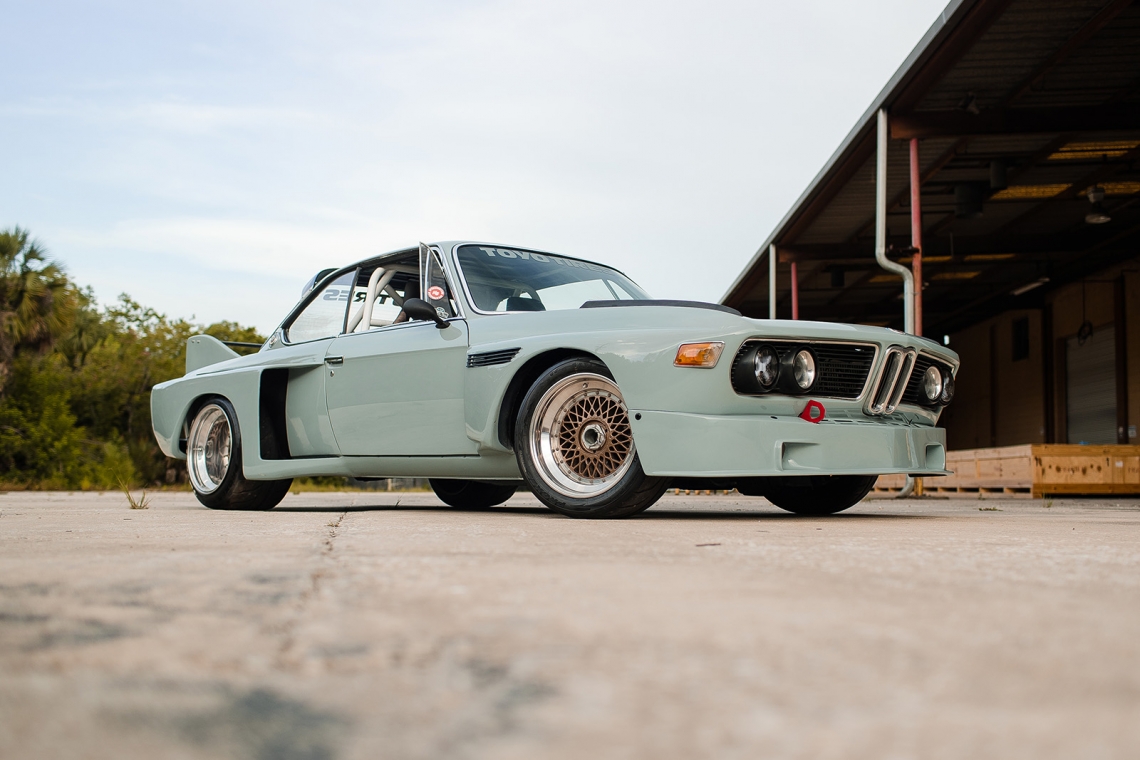 BMW’s E9 model is an often overlooked chassis from the prestigious German automaker when you ask the average enthusiast about their favorite BMWs. For our friend Willy Izaguirre, however, the E9’s stunning body style and its racing heritage make it an all-star among the Bavarian lineup. Introduced in 1968, the E9 saw a handful of factory iterations in its eight years of production. Perhaps the most iconic of its versions is the 3.0 CSL, introduced in 1972 as a homologation special to make the car eligible for the European Touring Car Championship. Just 1,265 were ever built, and none were ever sold in the United States. 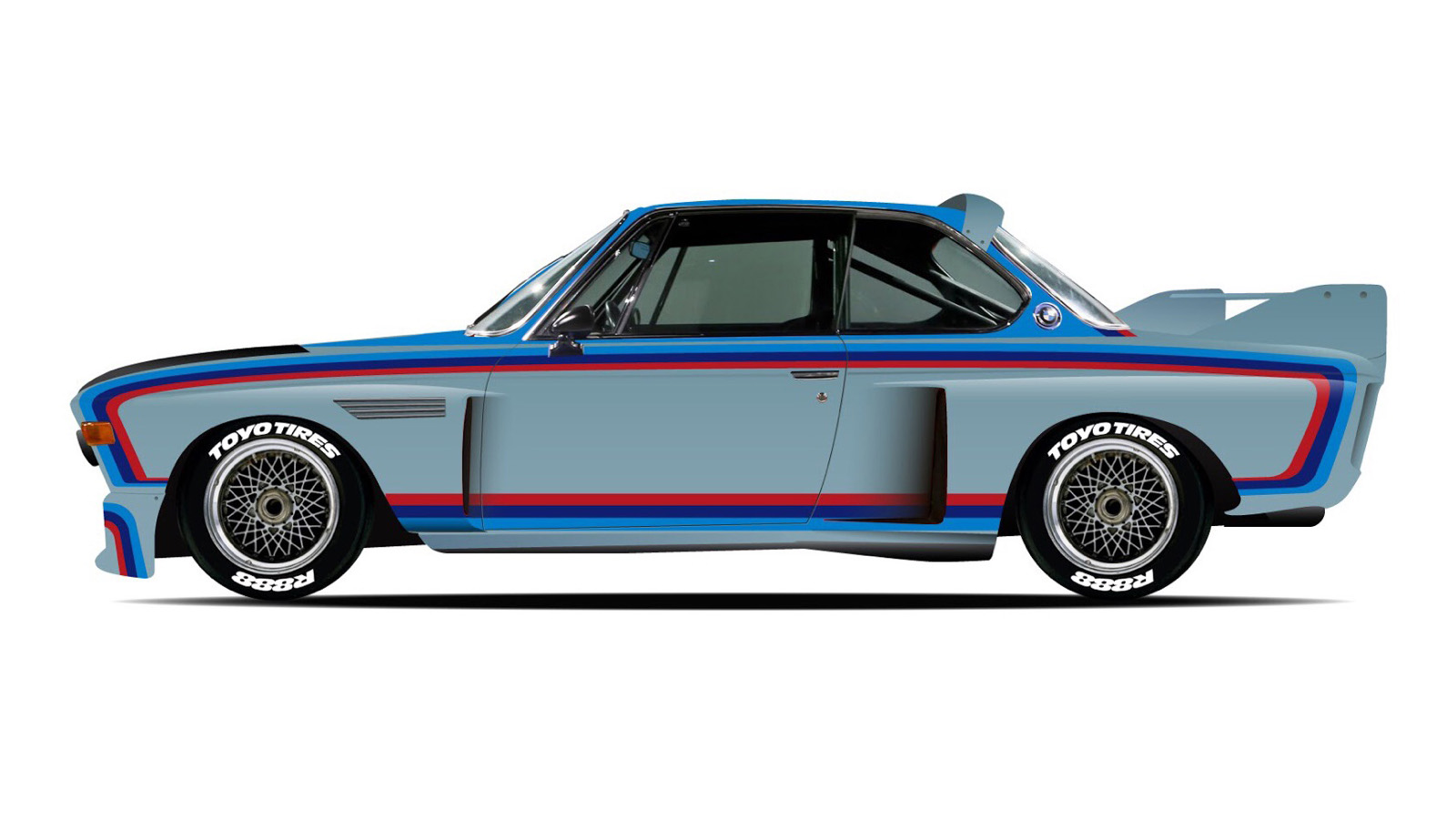 As you may have guessed, what you’re looking at here isn’t quite an authentic 3.0 CSL - but something even crazier. After the original BMW E9 2800 CS, and just one year before the homologation special that came five years after the original E9, BMW had mass-produced the 3.0 CS and 3.0 CSi models. Izaguirre had only just picked one up as a blank slate for a build when legendary automotive artist Jon Sibal posted a wild widebody render of a BMW 3.0 CSL to his social media. Right away, he knew what he had to do.

Upon contacting Sibal, Izaguirre got the go-ahead from the legend himself, albeit with a bit of a nonchalant approval. Being a popular render artist, Sibal is used to people saying they’re going to build his insane designs in the real world, and never hearing back, so needless to say when Izaguirre rolled into the Toyo Treadpass at SEMA 2018 with a widebody 3.0 CSL clone based on Sibal’s rendering, he was highly impressed. 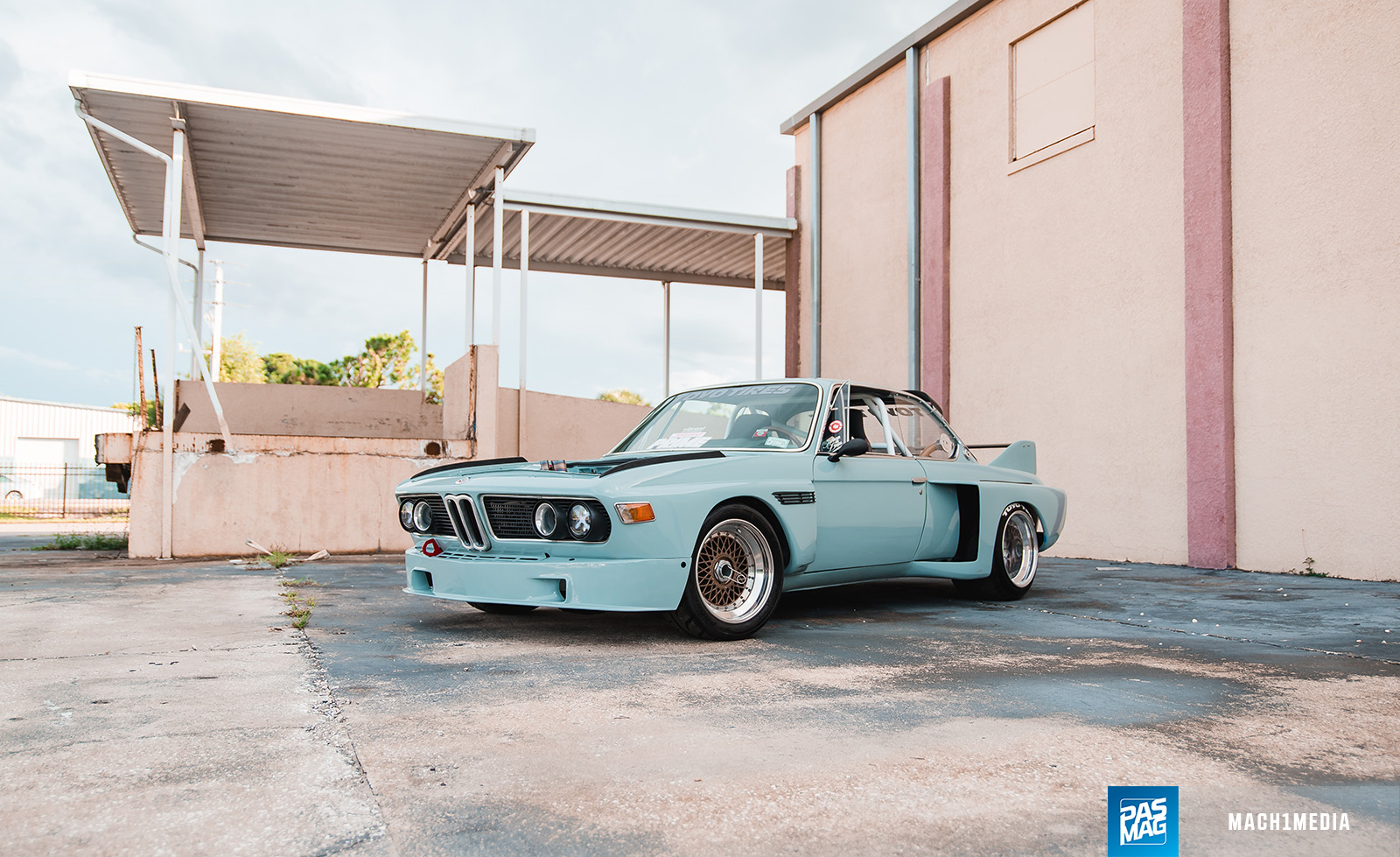 The widebody is obviously completely custom made, designed to match Sibal’s rendering as closely as possible. It was completed by Clason Point Body Shop, and it took about eight months to get proportions and lines absolutely perfect. Included in all the body work is a custom spoiler which is remarkably similar to the one on the 3.0 CSL racecar, with the main difference being the use of a carbon fiber blade in the mid-section. All in, the car now sits seven feet wide - just barely fitting on the trailer that was used to bring it to the show. 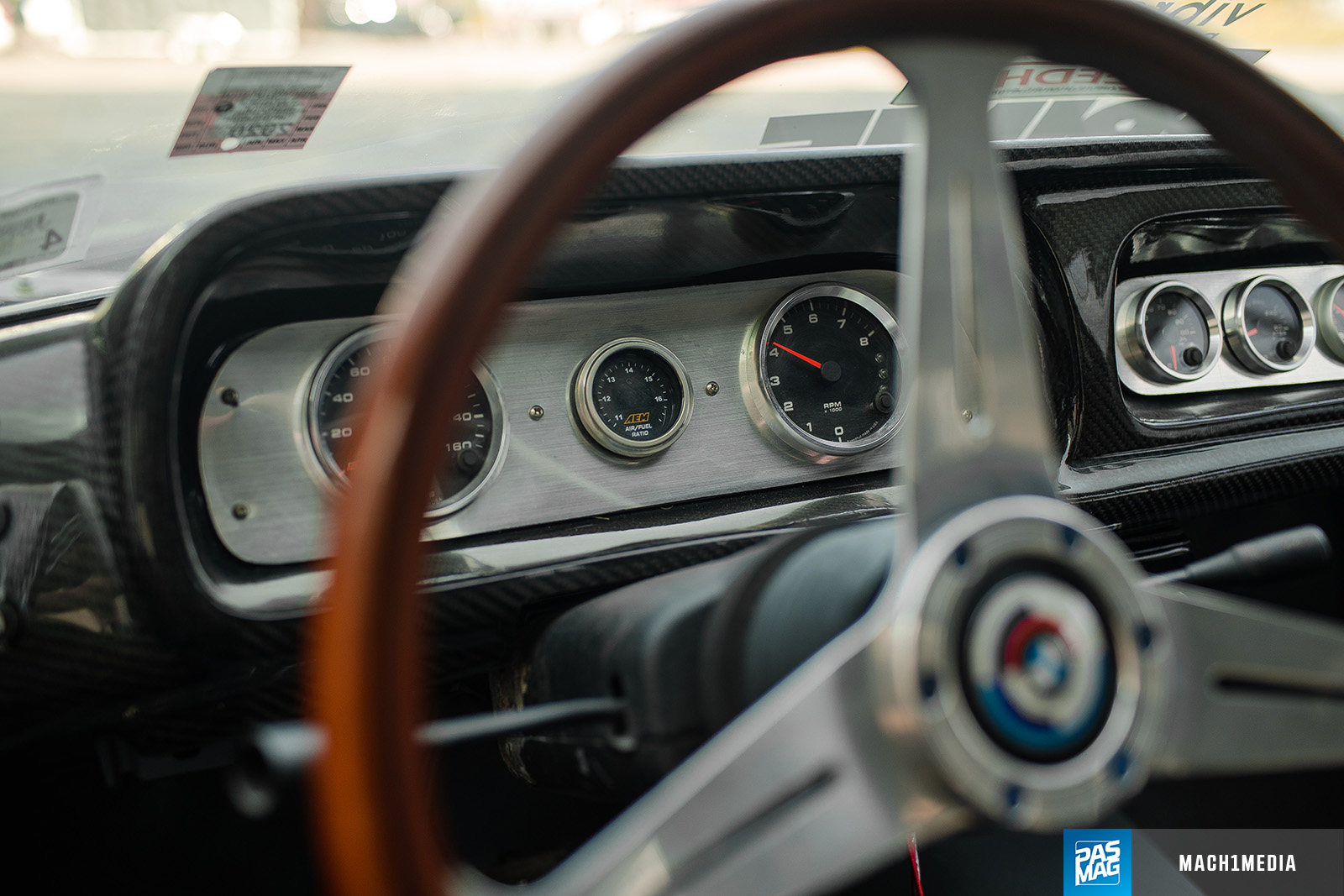 The inside of the classic BMW looks as purpose-built as the outside, with a hint of civility sprinkled throughout. While much of the interior components have been stripped out and deleted, the pieces of the interior that remain are impeccably crafted and well-suited to the car’s style. Speedhut custom gauges look almost OEM in the Carbon Fiber Elements dashboard, and Izaguirre’s Nostalgic Grains LEGO driver shift knob adds some signature character. Perhaps the coolest aspect of the interior is the story of his carbon fiber bucket seats with their mid-sections wrapped in BMW M fabric. 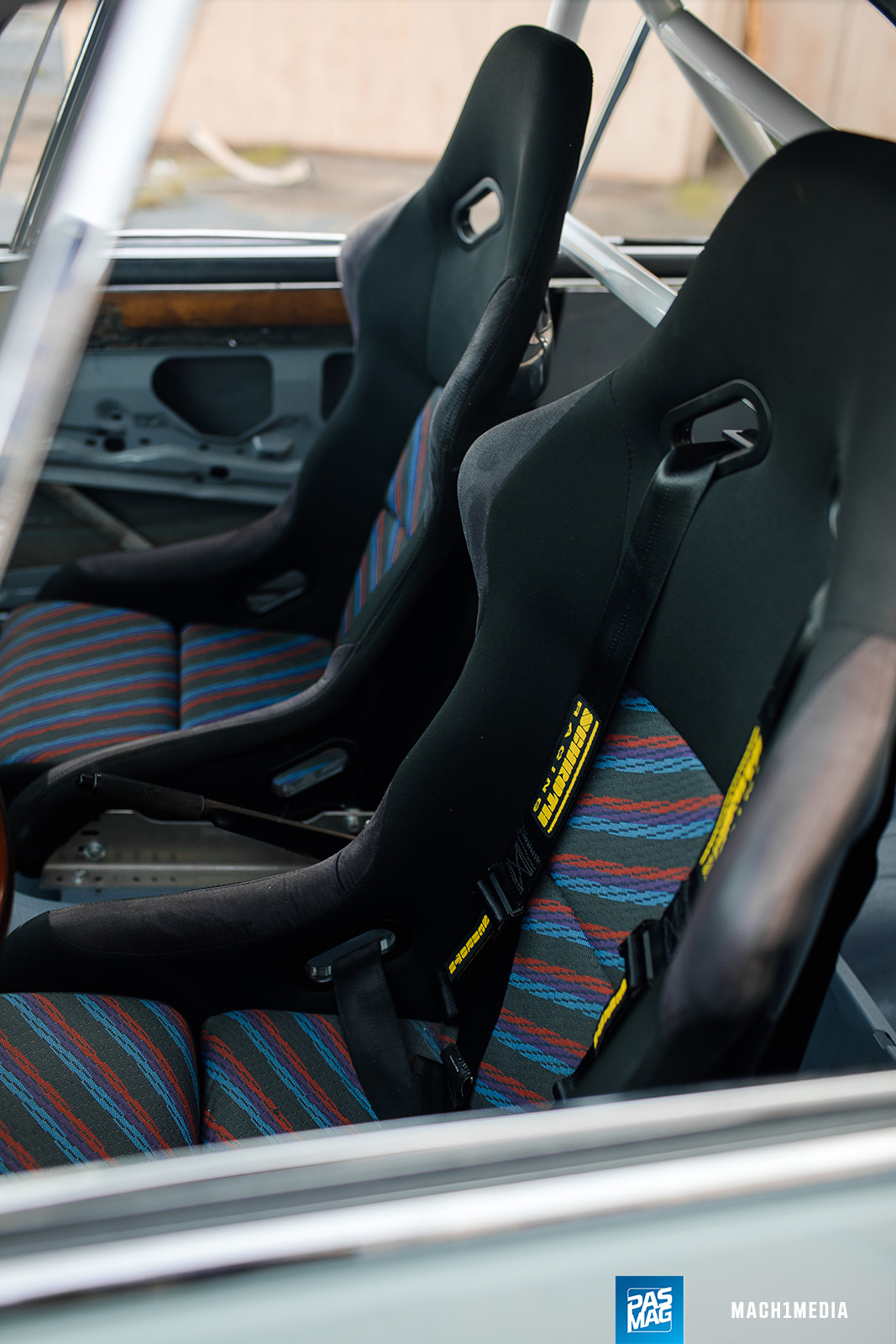 Izaguirre’s mother is a seamstress by trade. When she saw that he was pouring his heart into yet another build, she proposed that she could help him do something on the car when she came to visit her grandchildren. When she showed up, she offered to stitch the center sections of the seats with the BMW M fabric. Halfway through the job, her machine jammed, and being such a loving mother, she opted to finish the job by hand. We often joke about blood, sweat, and tears going into some builds, but in Izaguirre’s case, that saying is literal. Because of the intricacy of the stitching, his mother had pricked her fingers numerous times while finishing the seats, and thus the Izaguirre family’s actual blood is sewn into the fabric of this car. The 3.0 CSL clone is now part of the family legacy. 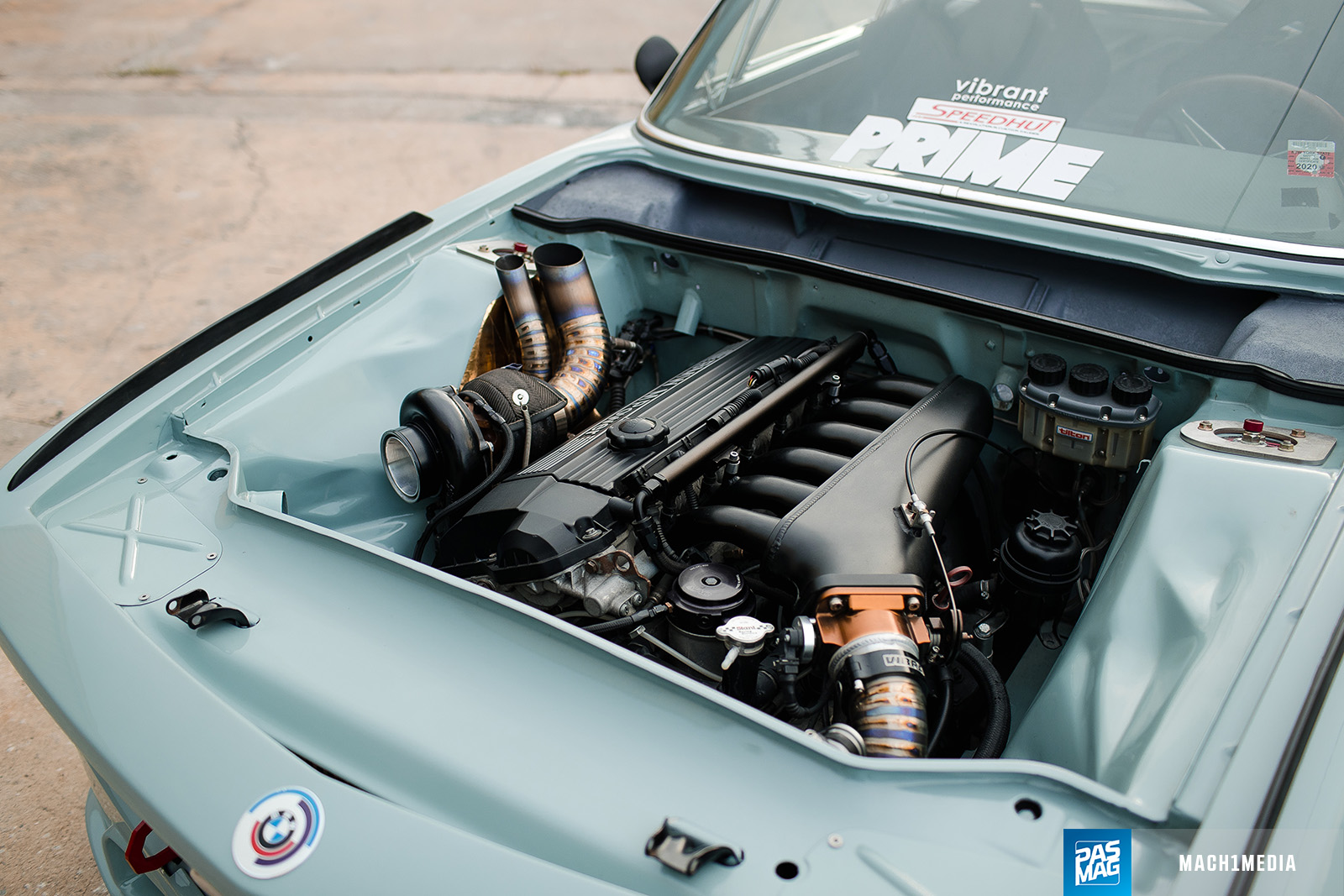 Any pretense of civility ends when you take a gander in the open engine bay. There’s a good reason this E9 remains sans-hood. Where you one found the now-outdated 3.0L engine which was responsible for the 3.0 CS’ moniker, you’ll now find the heart of a BMW E36 M3, the iconic BMW S52 inline-six - an S52B32 3.2L to be exact. Fully built from the ground up, and sporting a big top-mount Precision Turbo 62/66 turbocharged with an OCD Works T51R mod, it’s immediately apparent that this power plant is no joke. Supported by a Schmuck Built turbo manifold, intercooler, radiator, and all titanium fabrication, as well as a VAC Motorsports oil cooler, the S52 is capable of 764 wheel horsepower - a significant bump in power from its stock form, and more than triple the car’s original power. 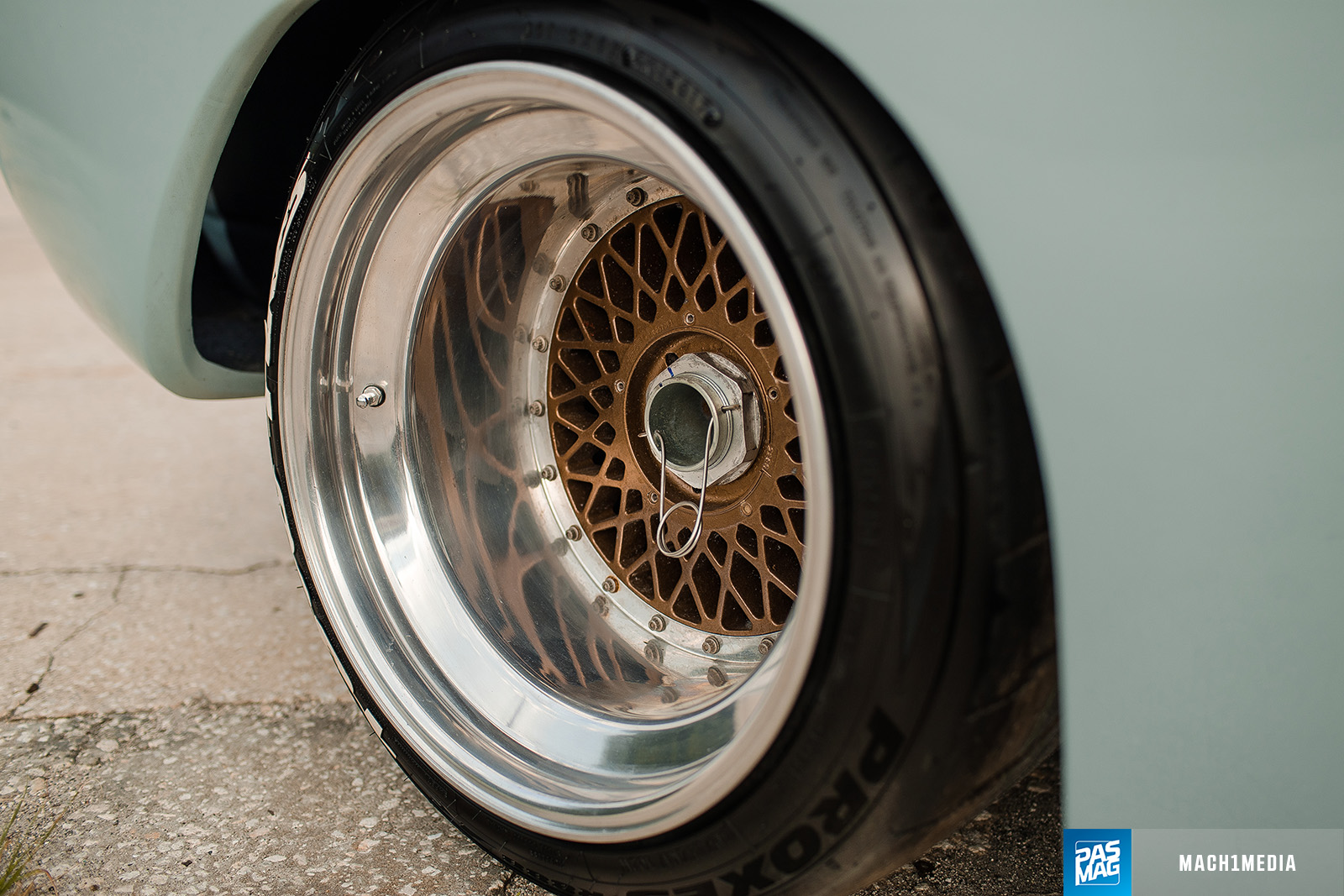 Ensuring all of that power makes it to the ground is the responsibility of every component underneath the car from the firewall back. Mated to the S52 is the factory E36 M3 ZF transmission, a proven gearbox that can handle ample power without a hiccup. From the driveshaft, through the differential, and across the axles, that rotating power is at the mercy of Toyo R888R tires, which keep the power readily usable. Those Toyos are wrapped around BBS Magnesium center-lock wheels, measuring 17x9.5 up front, and a whopping 17x15.5 in the rear - which not only fills out the widebody nicely, but also allows the lightweight BMW to maintain some semblance of grip. 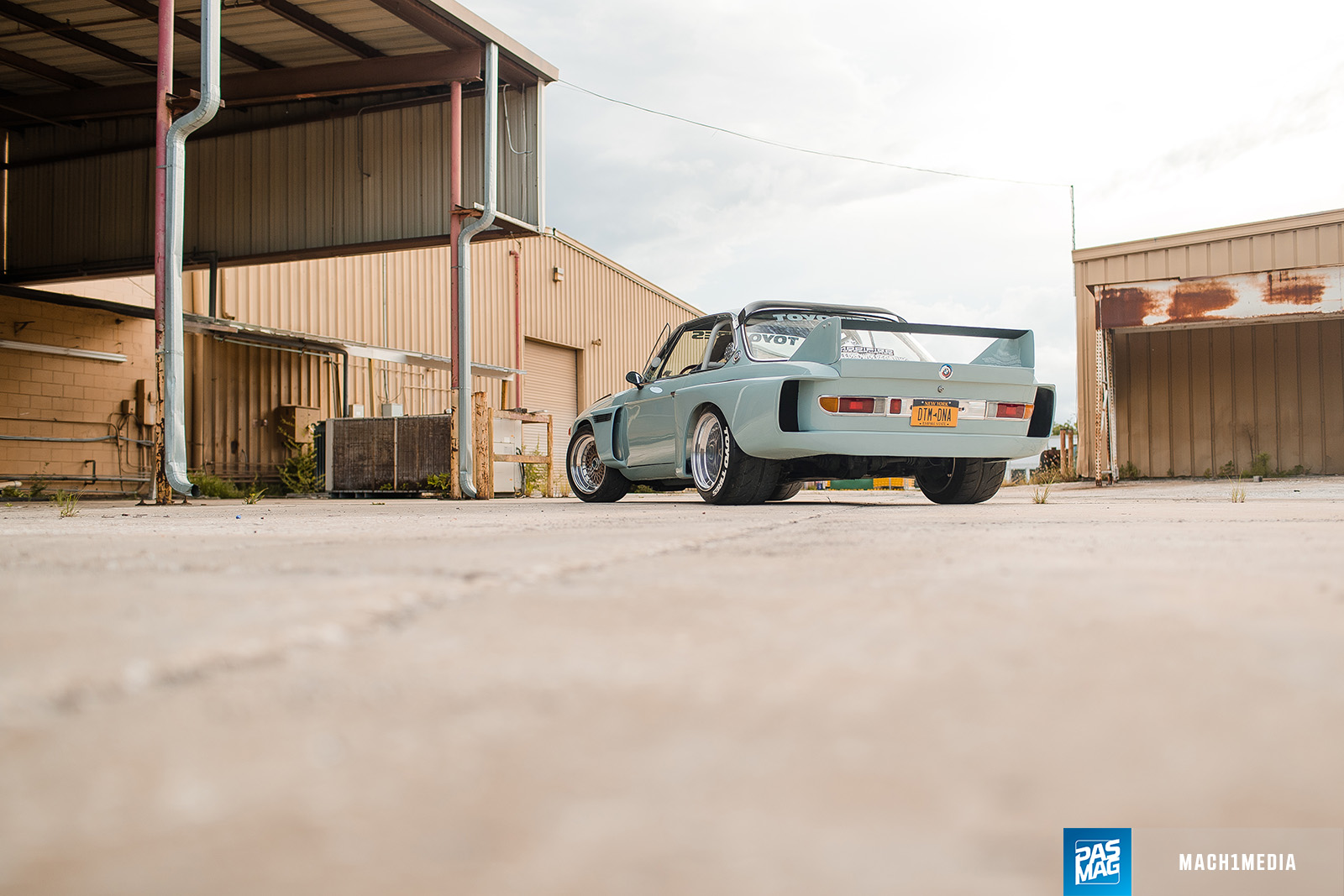 All in, the 3.0 CSL clone built by Izaguirre is one of the most unique vehicles we’ve ever laid our eyes on, and it’s no surprise that sponsor Toyo Tires selected it for a center spot in the Toyo Treadpass of SEMA 2018. Dare we say this creation is even cooler than the real deal 3.0 CSL? Purists be damned, this thing is incredible, and all of the challenges Izaguirre encountered during the build seem to fade away when he hits the road in his S52-swapped racecar clone. We know he’s the kind of guy to start a new project frequently, so whatever he builds next, we’re ready for it. 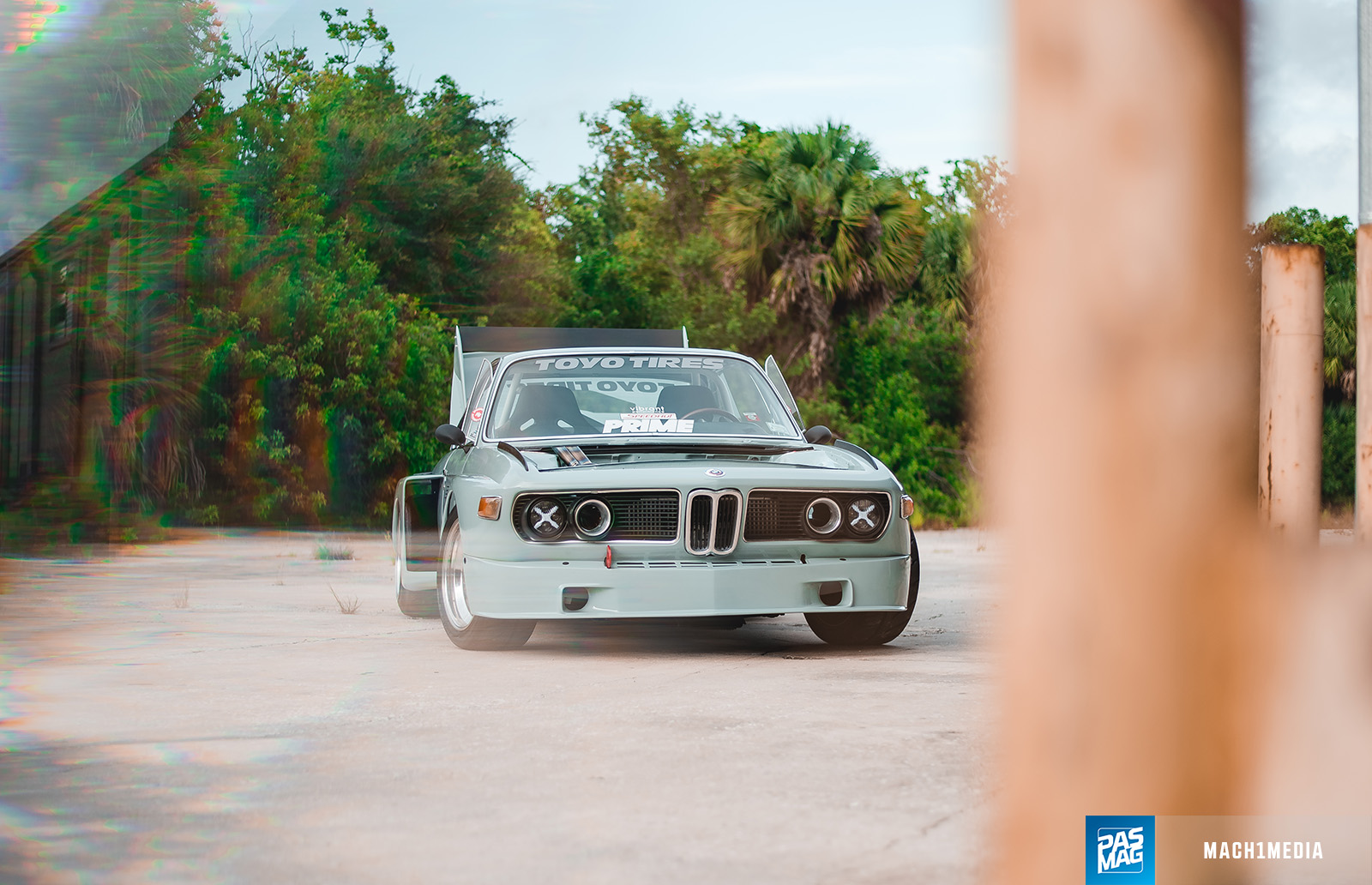