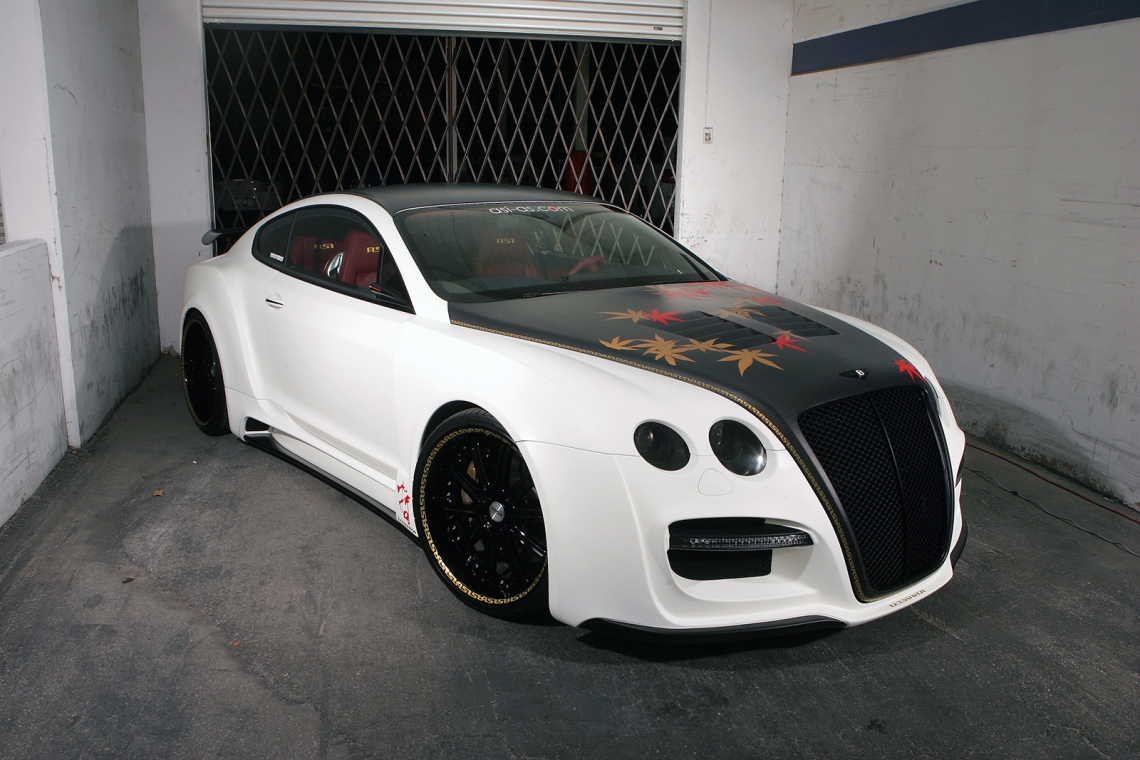 Having a design background, both in Architectural school and in the professional world, I definitely view custom cars different than the next guy. Probably because getting the latest (insert hot platform here) and then ticking off the checklist of JDM parts really doesn’t impress me. Custom body, interior and chassis work does. I also can appreciate how much labor goes into ridiculous custom setups and fabrication on some of the top cars out there. Hell, one of my favorite cars at SEMA wasn’t even a car at all but a complete hand-built chassis. On the contrary though, the ASI Tetsu GT-R (Based on the Bentley Continental GT) really made a serious impression on almost everyone that laid eyes on it.

“God that is fugly,” one of the bystanders had to say about the car. Sad really because this car truly is a work of art but it didn’t present itself like every other build, so it wasn’t being appreciated. 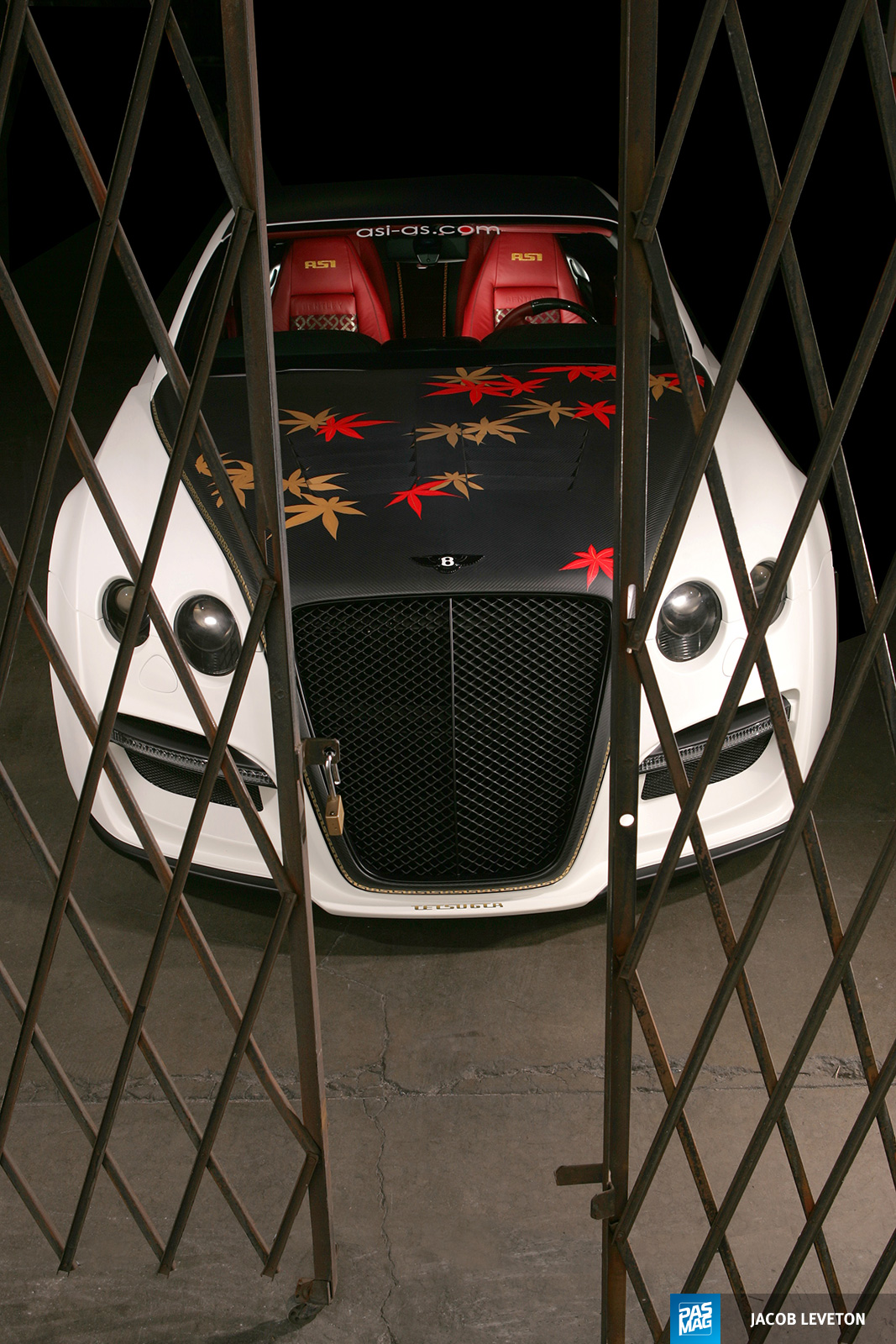 Fifteen years ago, Satoshi Kondo of Japan became fixated with the 1000hp KOENIG-Competition Spyder. He began devising a way of purchasing and later customizing of his own Ferrari Testarossa. Kondo removed off the roof, widened the body, then powered up the engine and strengthened the frame. After months of work, he finally convinced the government to legalize the car for public roads and it is still driven by him today. His obsession with modification continued as he switched his focus to Lamborghinis. He built a Diablo 6.0 VT with an enormous rear wing and tuned V12 that exceeded 350km/h (219MPH).

Kondo was growing bored of driving on public roads. With all of the obstacles, hazards and of course the prospect of being thrown in jail for his antics, he turned to the track. There he continued to flog his creations and push them until they broke, so he could improve upon them. He decided that he wanted to bring the exhilarating experience of his tuned cars to the public, well, the wealthy public anyway. So in 2007 and he founded ASI corporation and gathered specialists in every area of performance modifications.

For the company’s first project, Kondo decided to modify the Bentley Continental GT and the Flying-Spur. He planned to improve on the already sensuous design with a more aggressive visage and not neglect gobs of power to back up the fearsome mug. After the car debuted at the SEMA Show in 2007, inquiries about this new tuner began flooding in from around the globe. 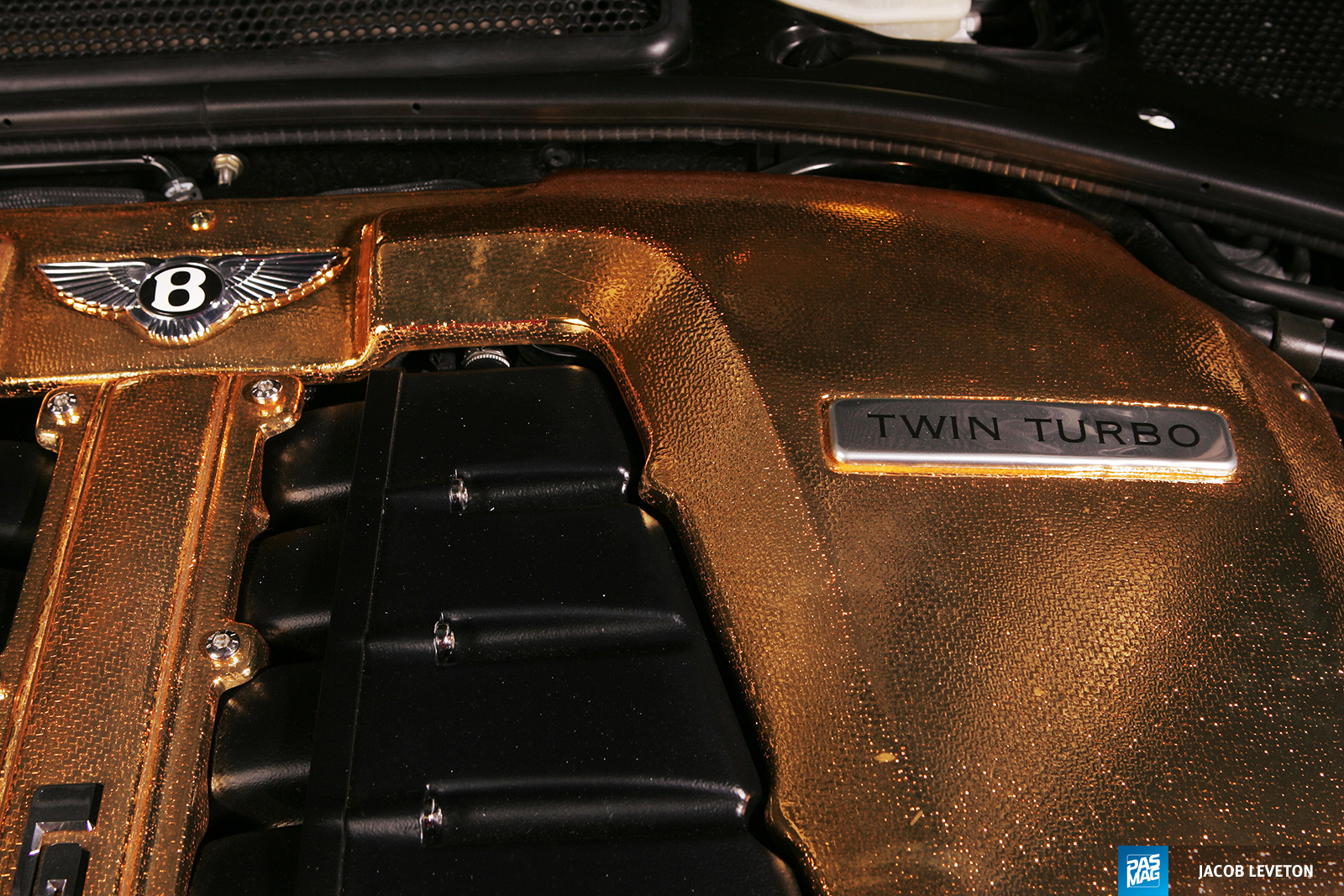 What makes the ASI Tetsu GT-R haul is an amped up version of Bentley’s 6.0L W12. With upgraded turbos and intercoolers, the car is capable of making some serious jam. An ASI sport exhaust system has been fitted up to expel gases out of a sentual dry carbon tip. The ASI Elite ECU enables the car with super powers yet maintains all of the luxury driving feel one would expect in a creation like this. To cap it all off, Kondo uncorked the most decadent material he could think of for the discerning buyers he is aiming at attracting. The engine cover is a dry carbon base, with a carefully hand-laid 24K gold leaf applied to the top. 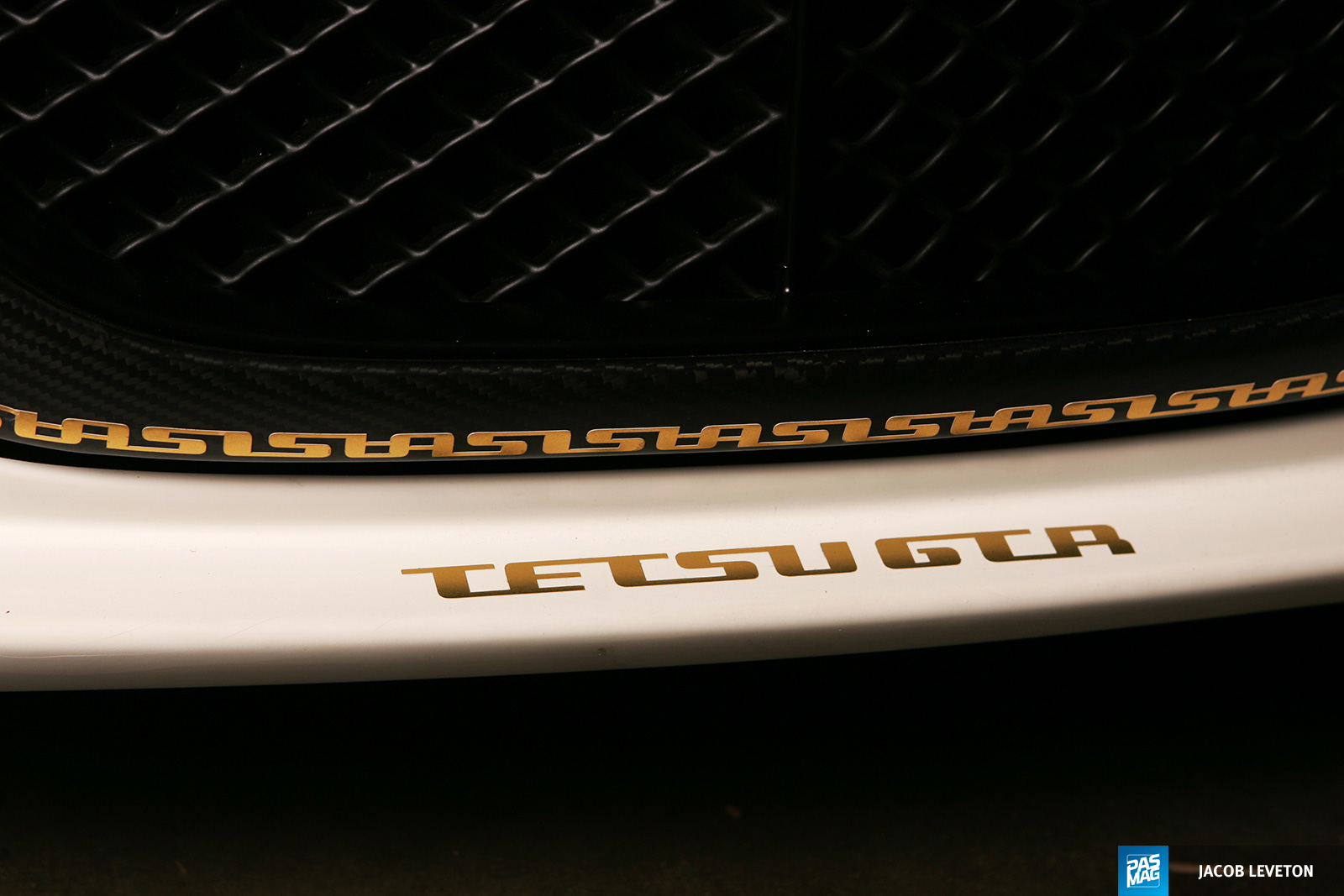 If this Bentley accomplishes anything, it definitely stirs a reaction in people. The crowd viewing it at SEMA 2008 were completely polarized, they either were fanatical about it or completely loathed this car. The exterior is decidedly unapologetic in its aesthetic approach. From the dramatically sloped front bumper and distinctive matte grille around to the widened rear fenders, the car clearly has intent to injure. The front over fenders accommodate larger tires and the side skirts give a distinct low-slung appearance. The dry carbon pieces include the trunk lid and rear wing that sits atop it, the roof panel with the signature hood. Made of lightweight dry carbon fiber, the hood has been hand painted with Japanese Maple accents by renowned artist Nakamura Tetsuei. The line of the car have been accented by an ‘ASI’ 24K gold pinstripe along with TETSU GT-R logos. 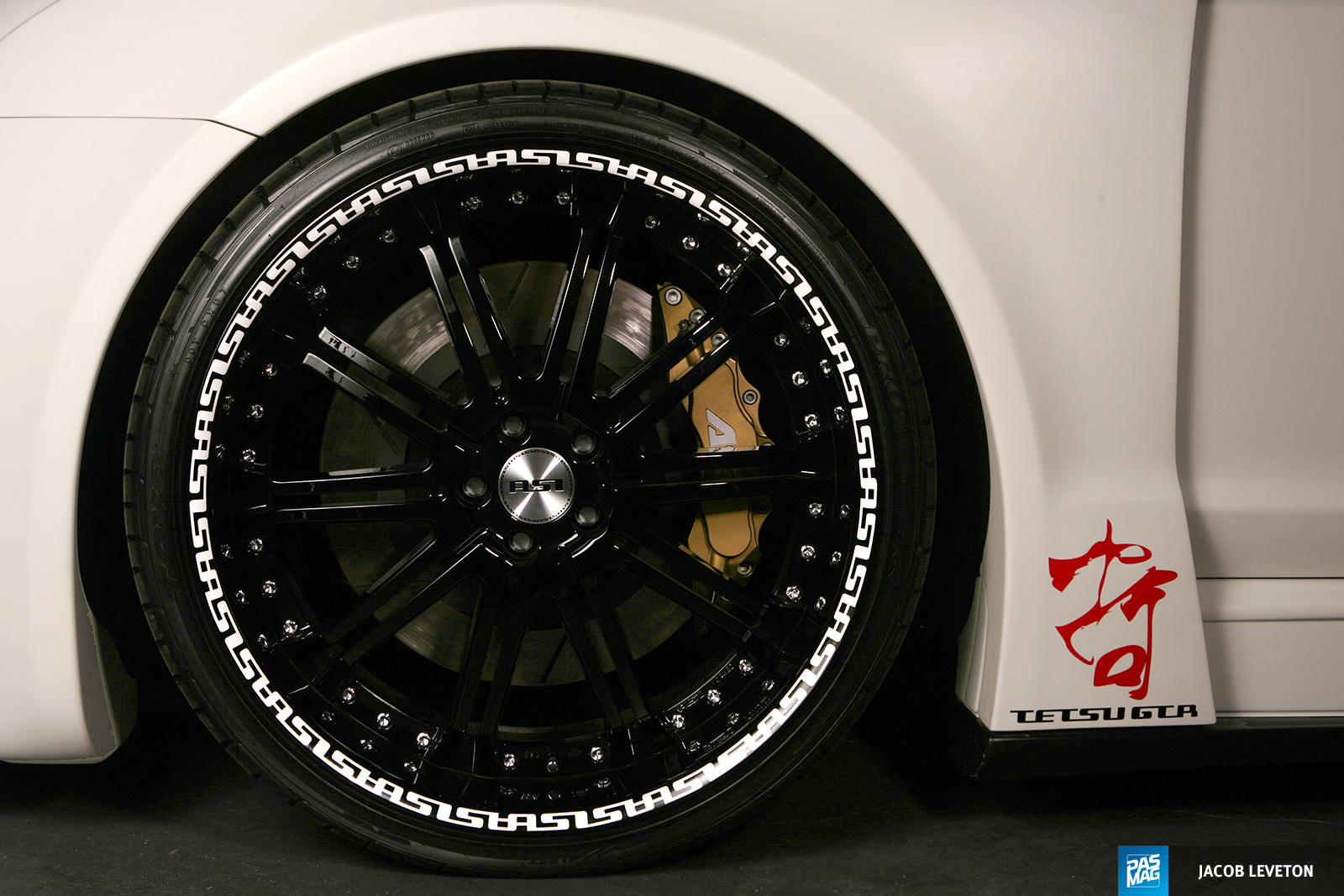 The wheel and tire package is also a product ASI brought over that the world has never seen before. On the front are ASI’s 22x10-inch forged 3-piece wheel fitted with Toyo Proxes T1R tires sized in 295/25ZR22. On the drive wheels are the matching set of Toyo T1Rs but on a slightly wider wheel at 11-inches. Peeking through the gloss black spokes are ASI proprietary brakes - 12-piston caliper, chomping down on 400mm slotted rotors. 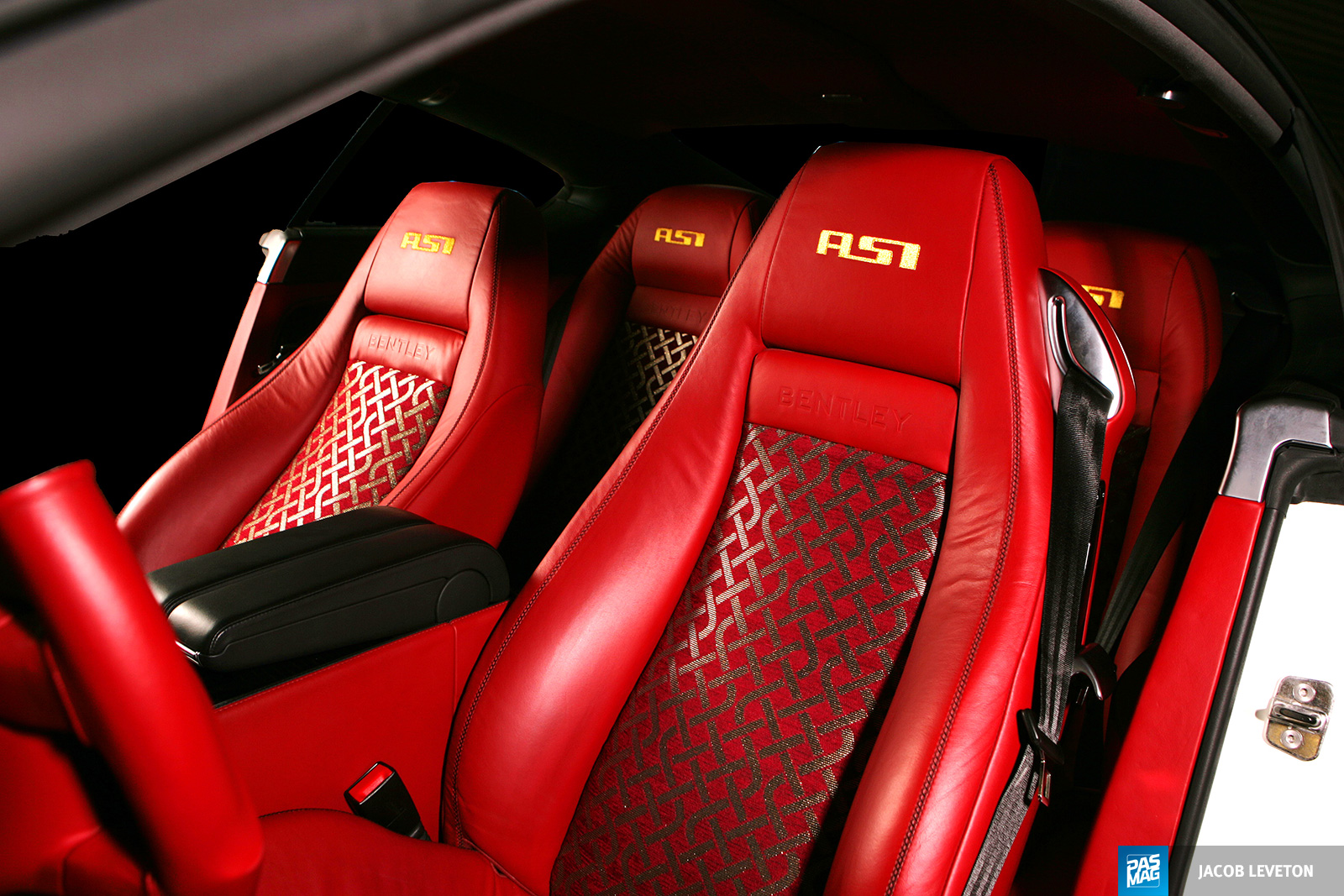 On to the inside of the Bentley where Kondo continued to flex his design vision. The seats have been reupholstered in the same silk threat and patterns found on real Japanese Kimonos. The dash and door panels have been refinished in piano black lacquer and then hand painted with more Japanese Maple motifs. The interior has been accented by a vibrant red leather which continues on the steering wheel also accented by carbon fiber. The sills are capped with ASIs illuminated black anodized panels to light the way. The mats and fabrics were carefully crafted by Nishijin Textiles of Japan.

Like what you see? Thinking of making the move for your next ride? Well, the package as you see here can be had for $800,000USD. ASI has set up an office in the US to start taking orders too. Which, may be a bit of a challenge in today’s market but then again when you are dropping almost a mill’ on a car that churns out 800hp, you probably don’t care. 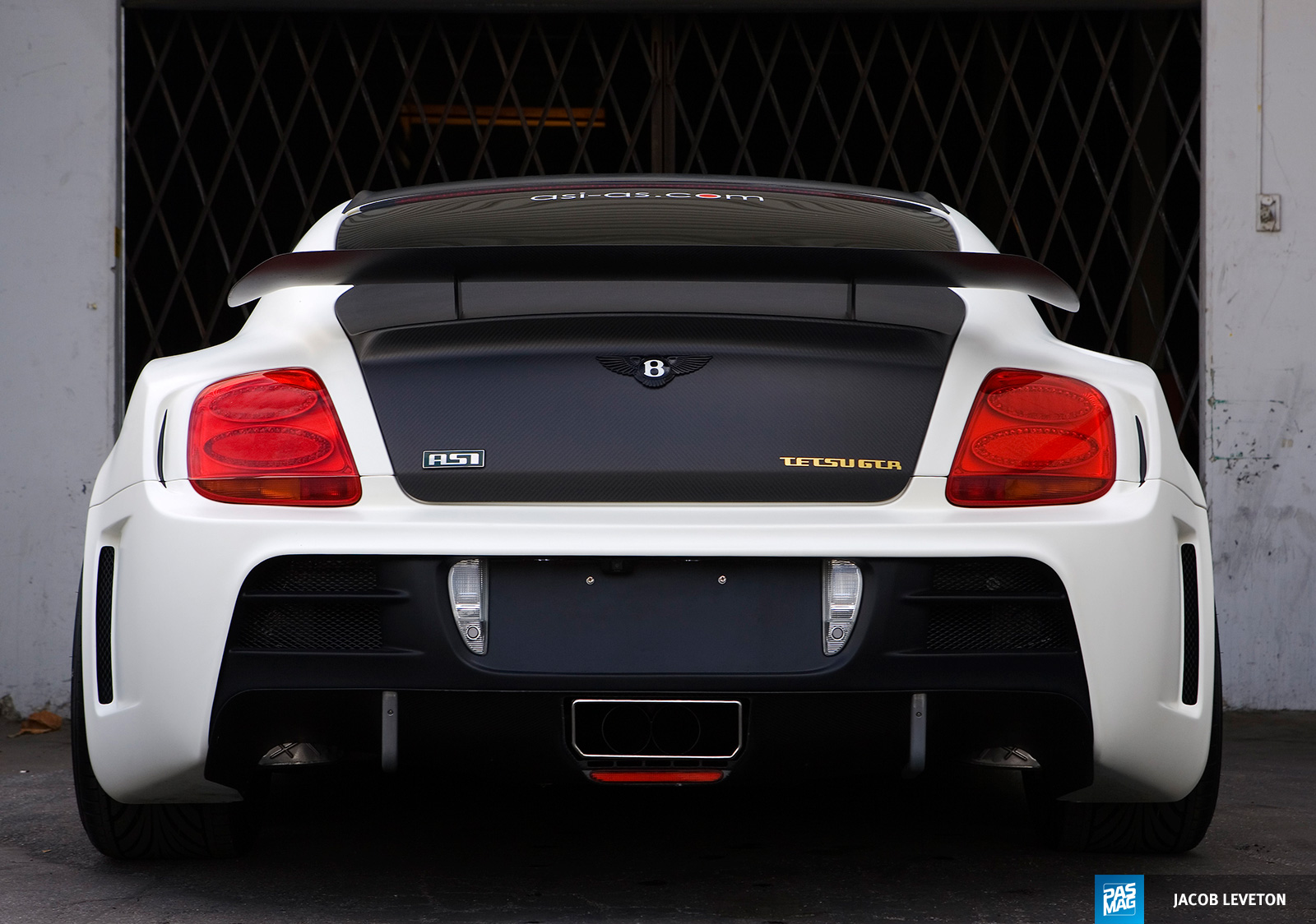 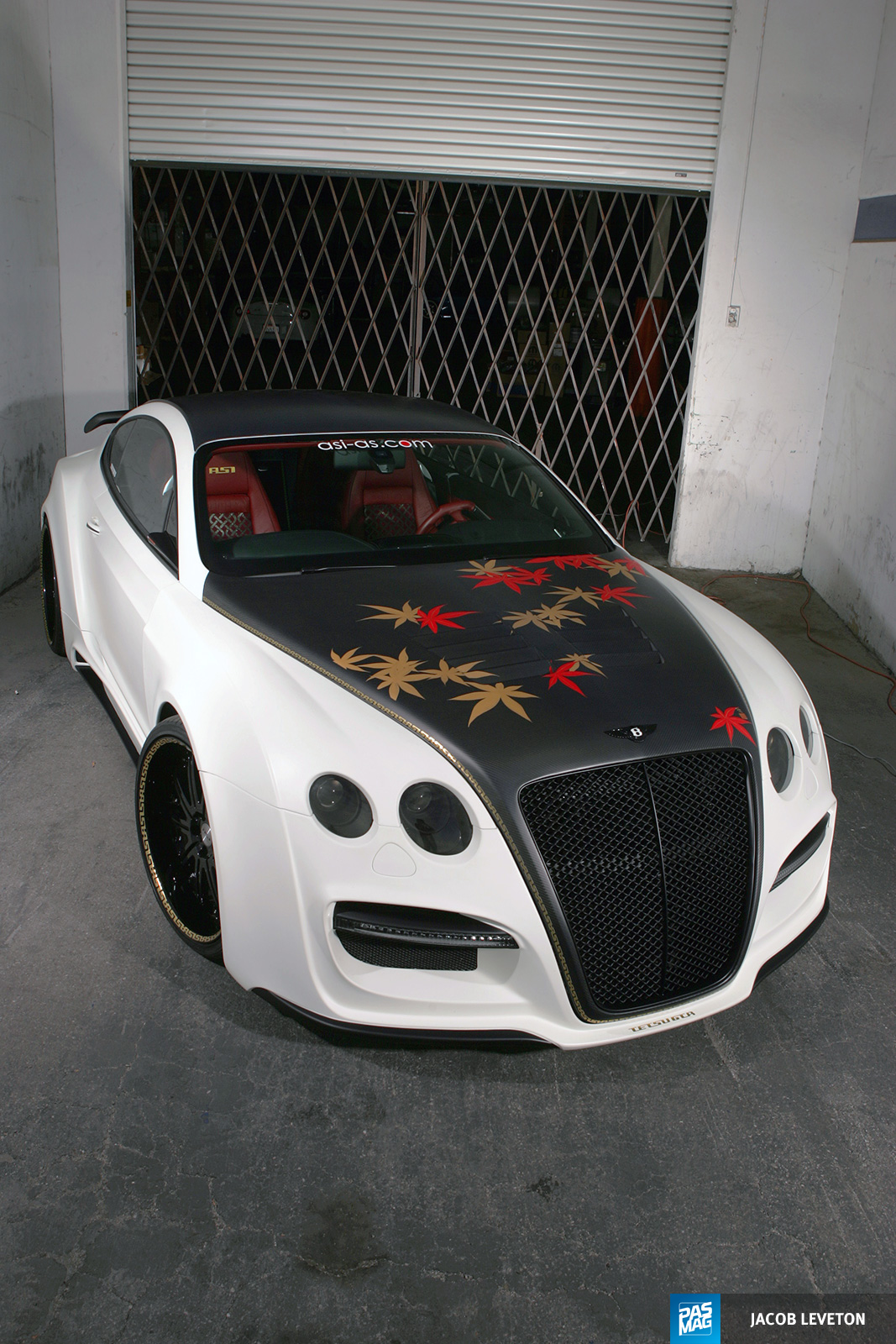 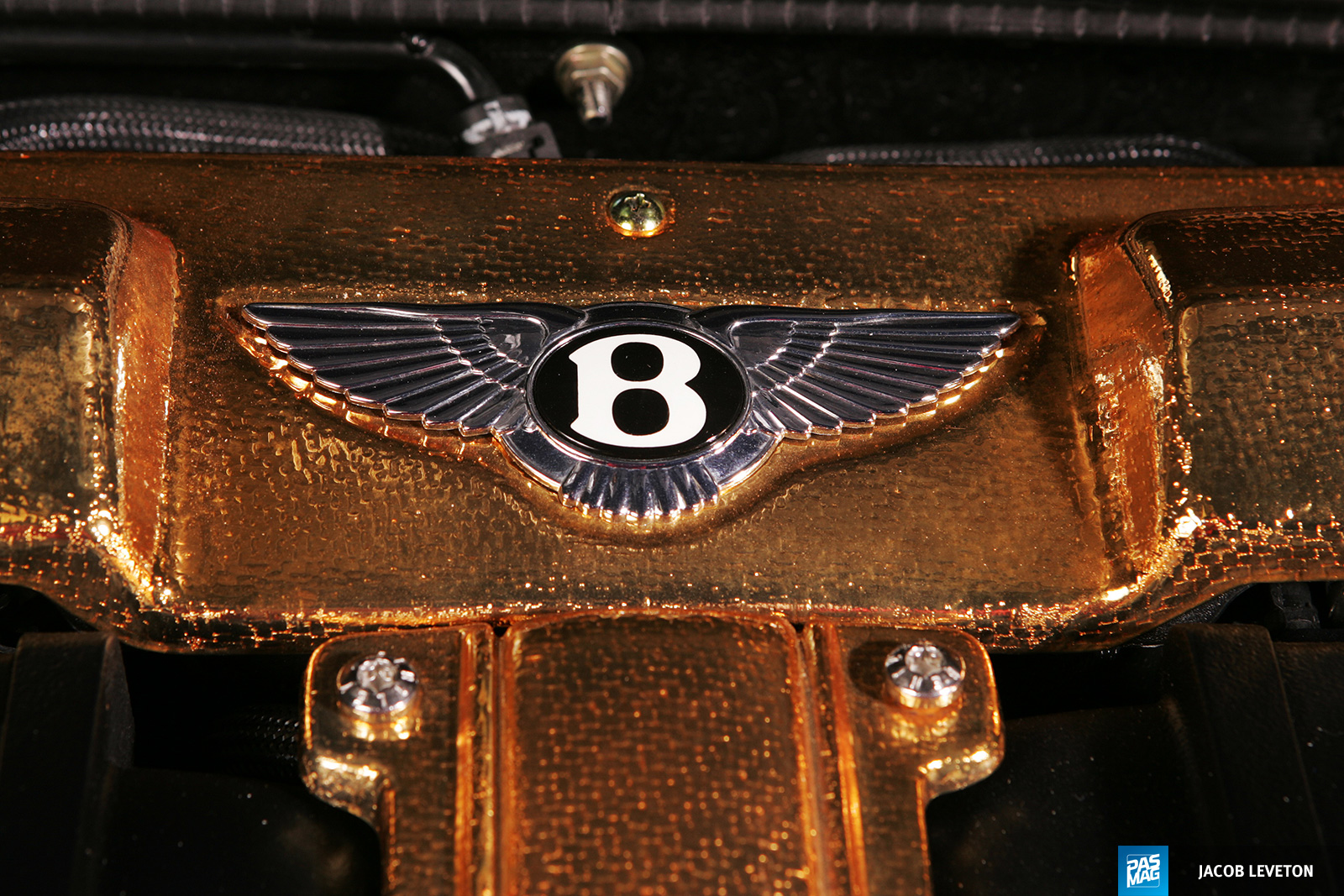 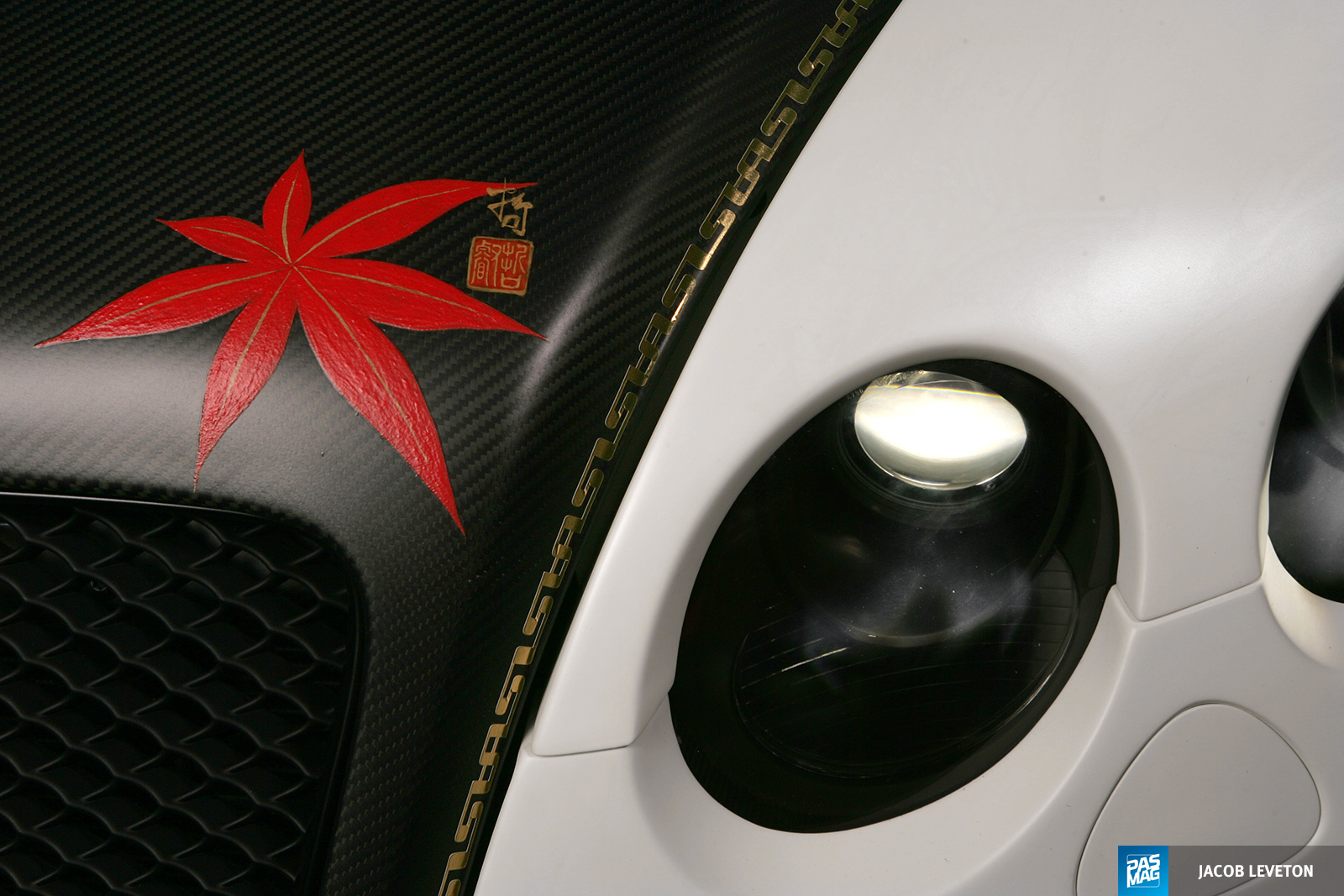 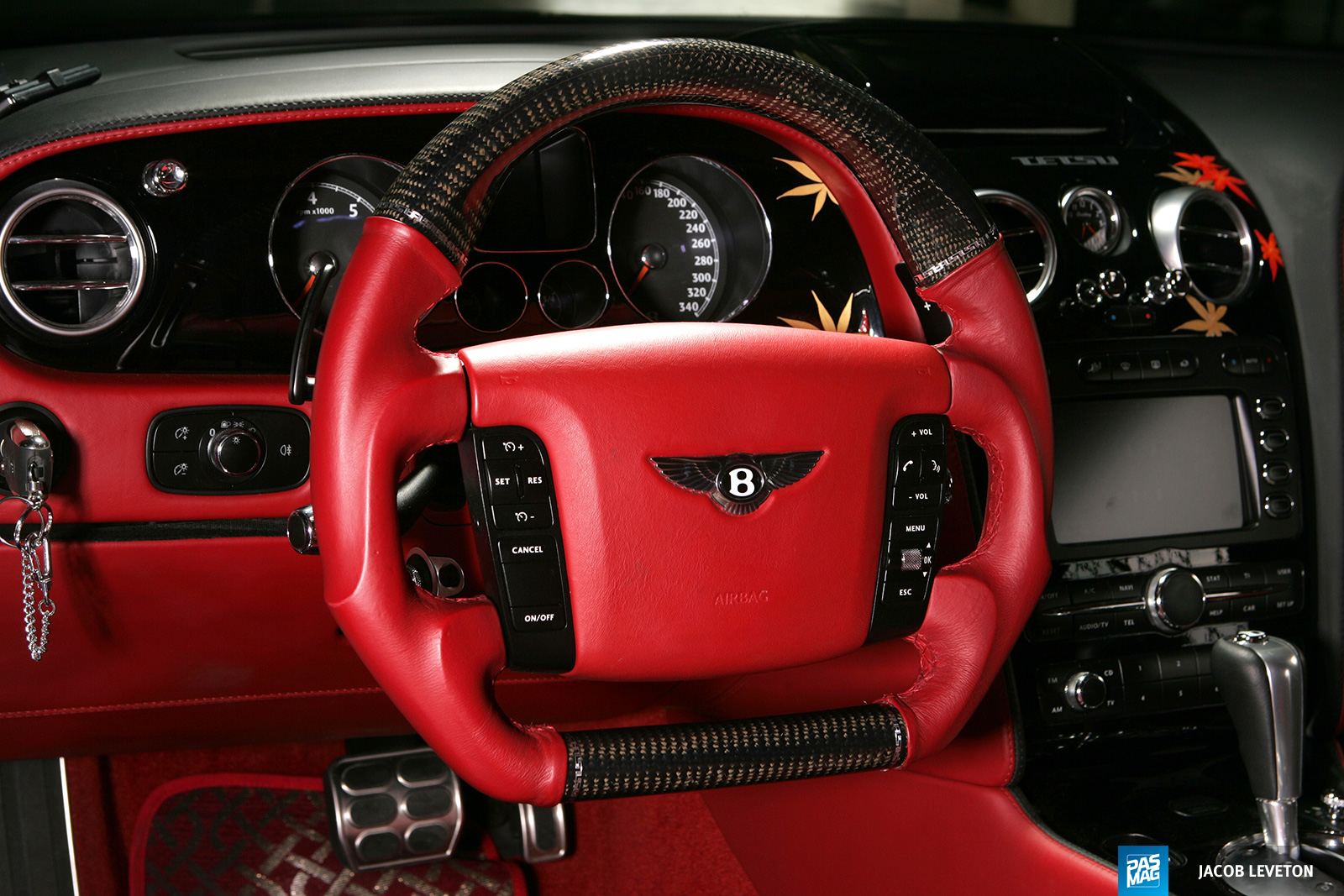 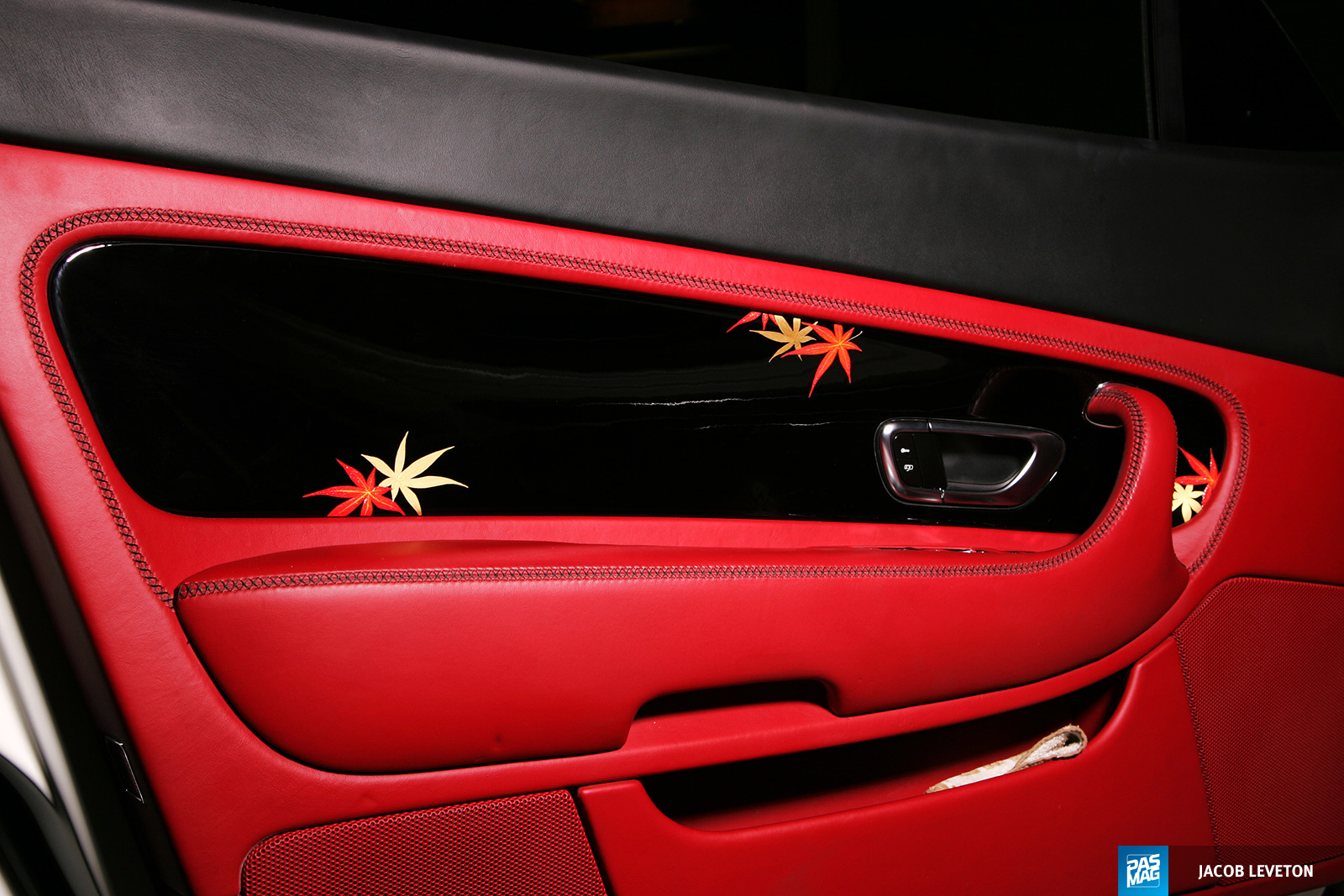 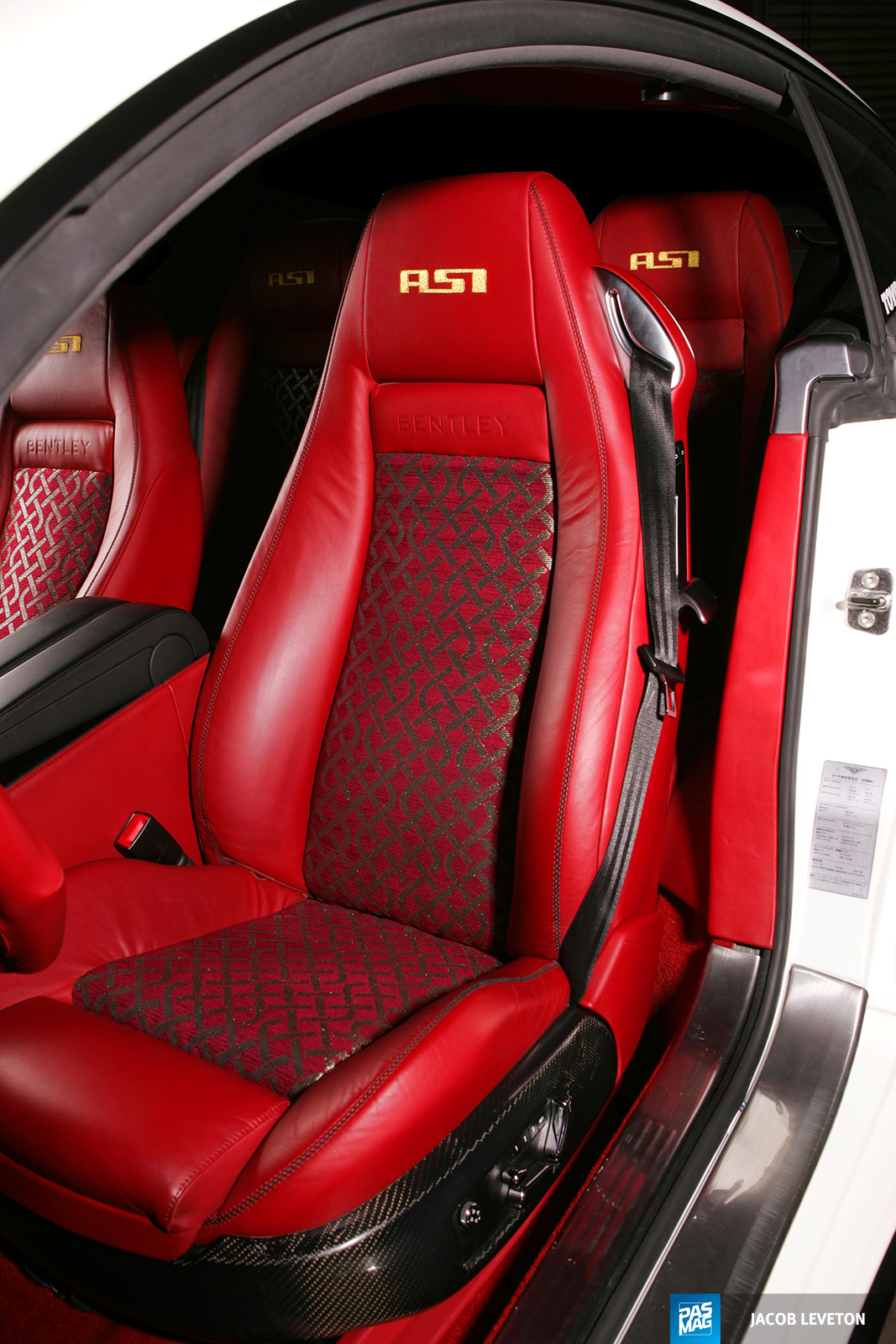 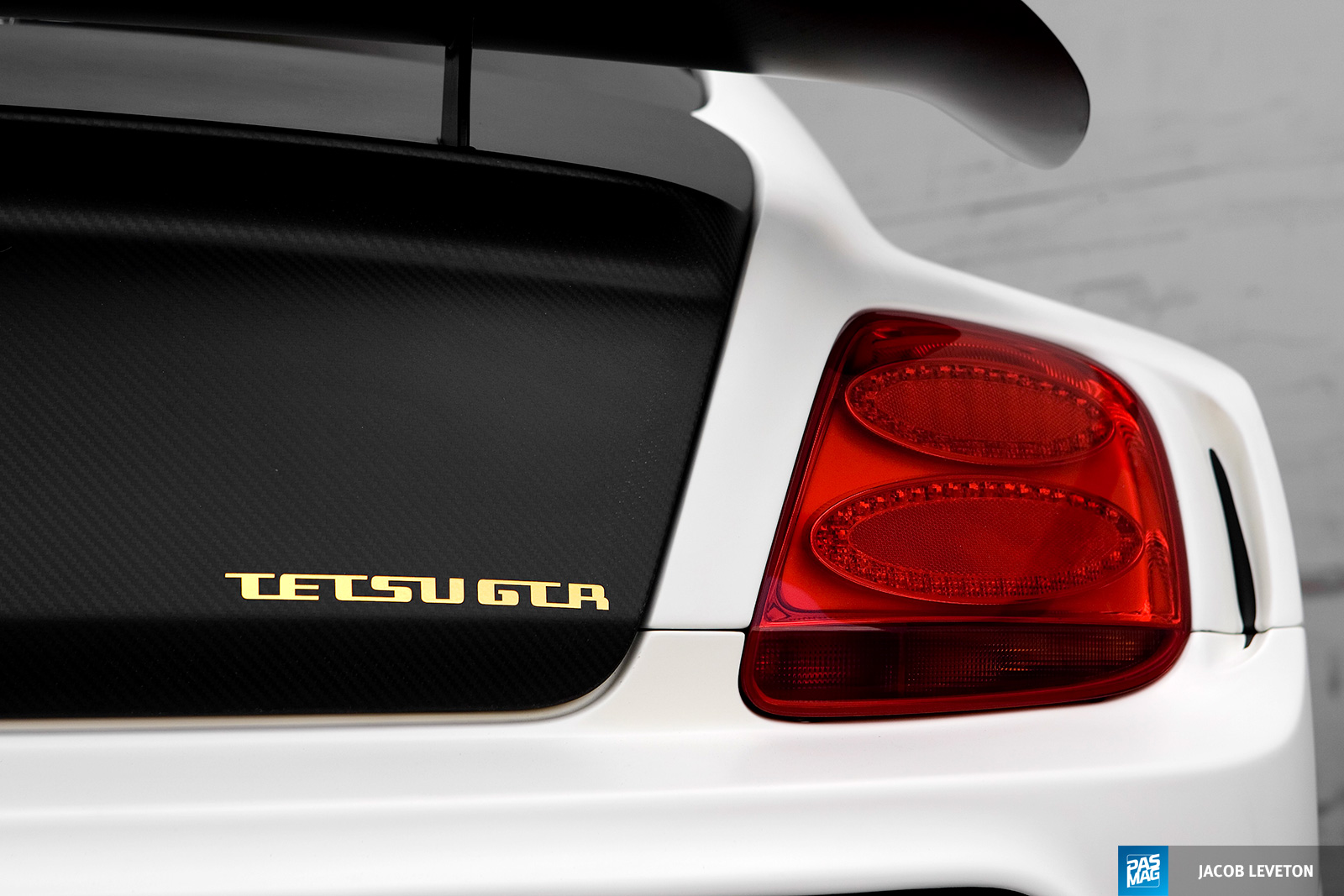 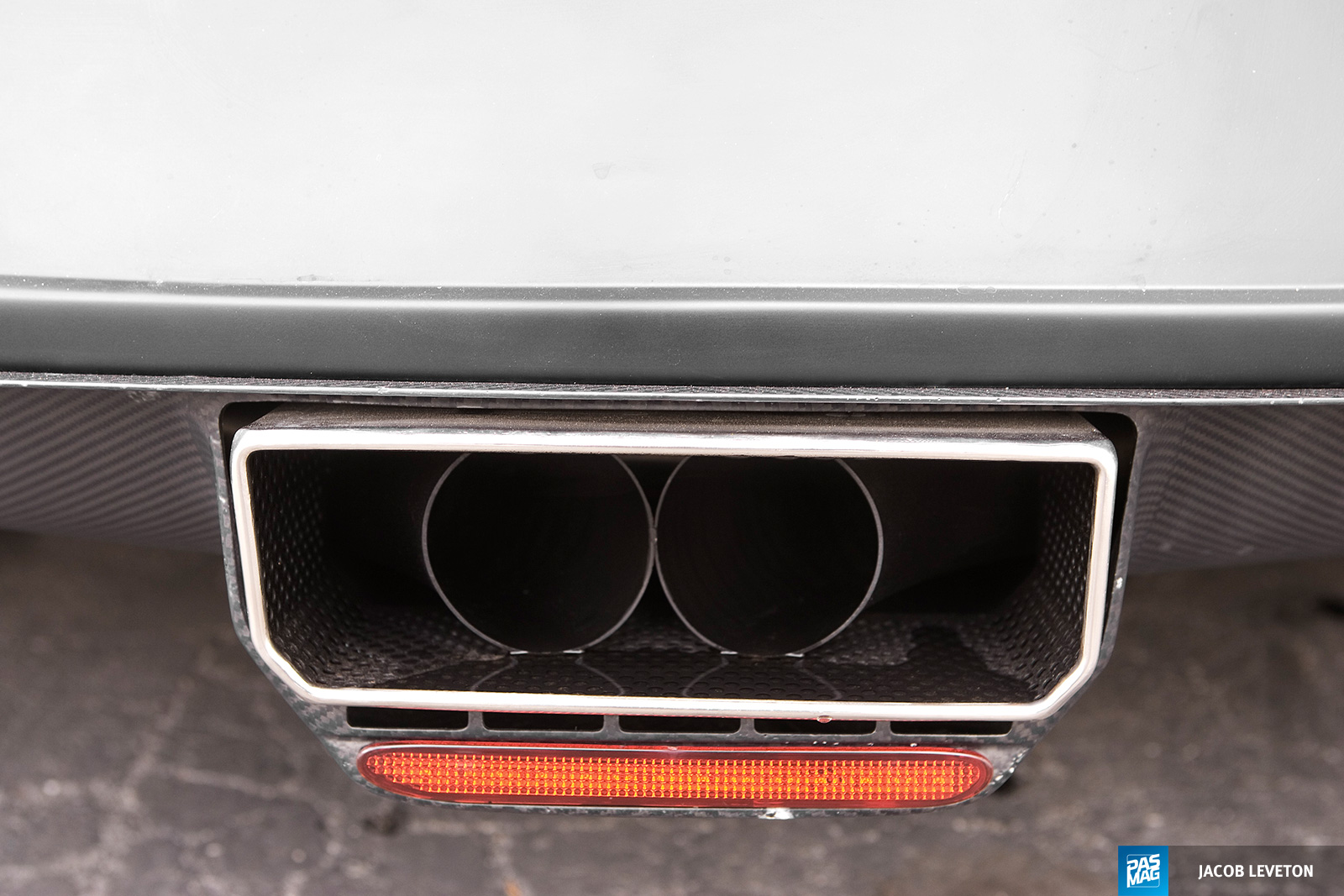 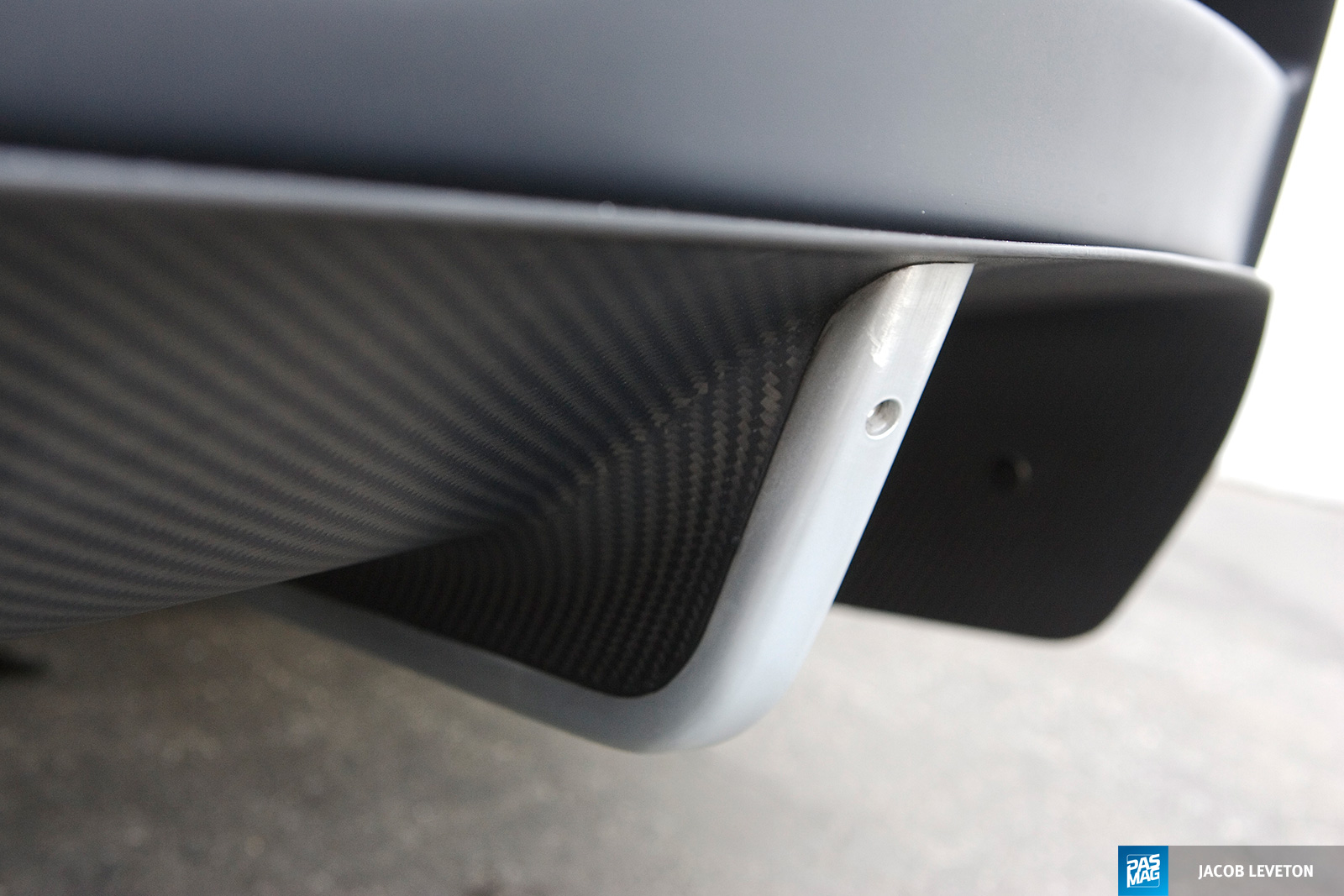 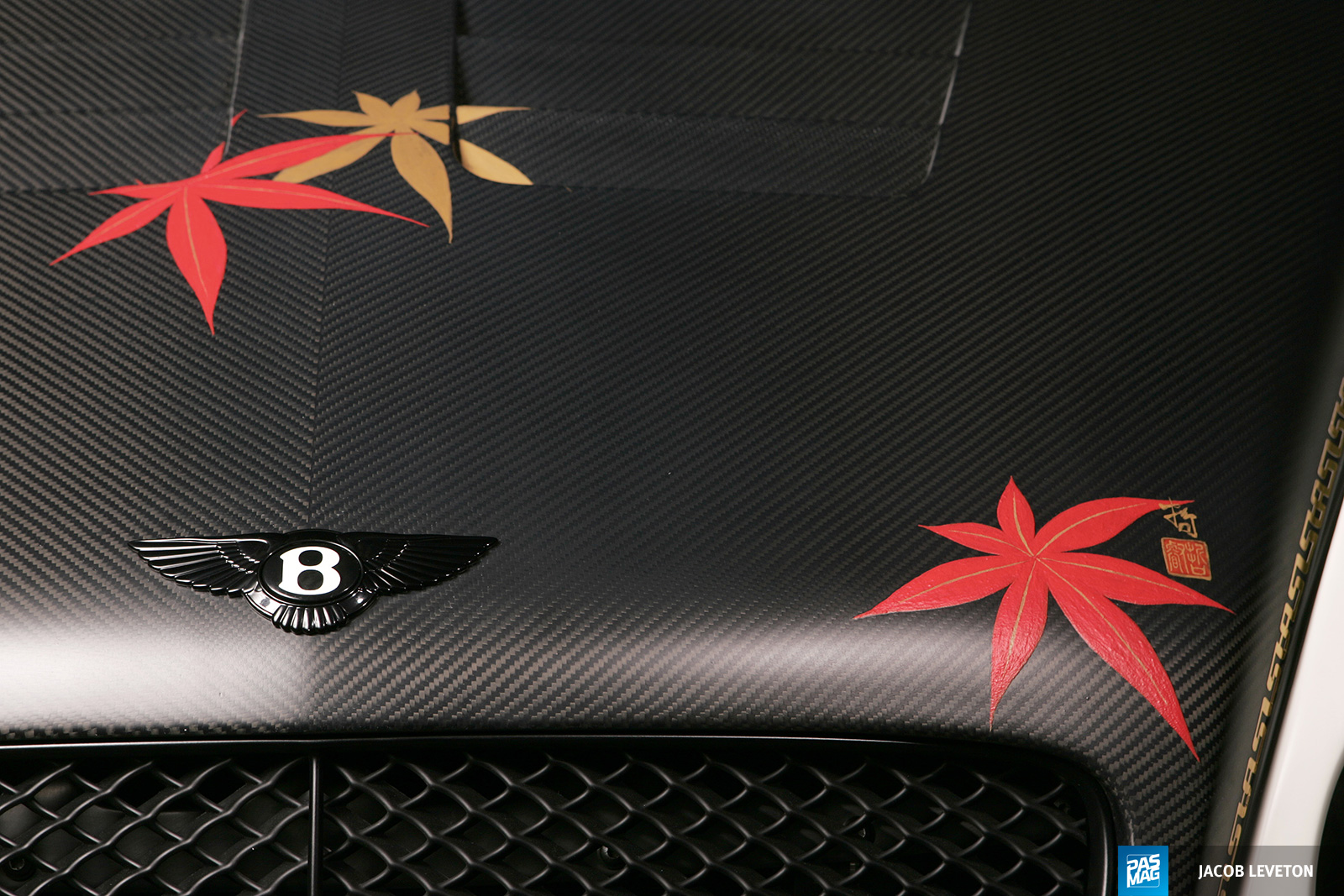 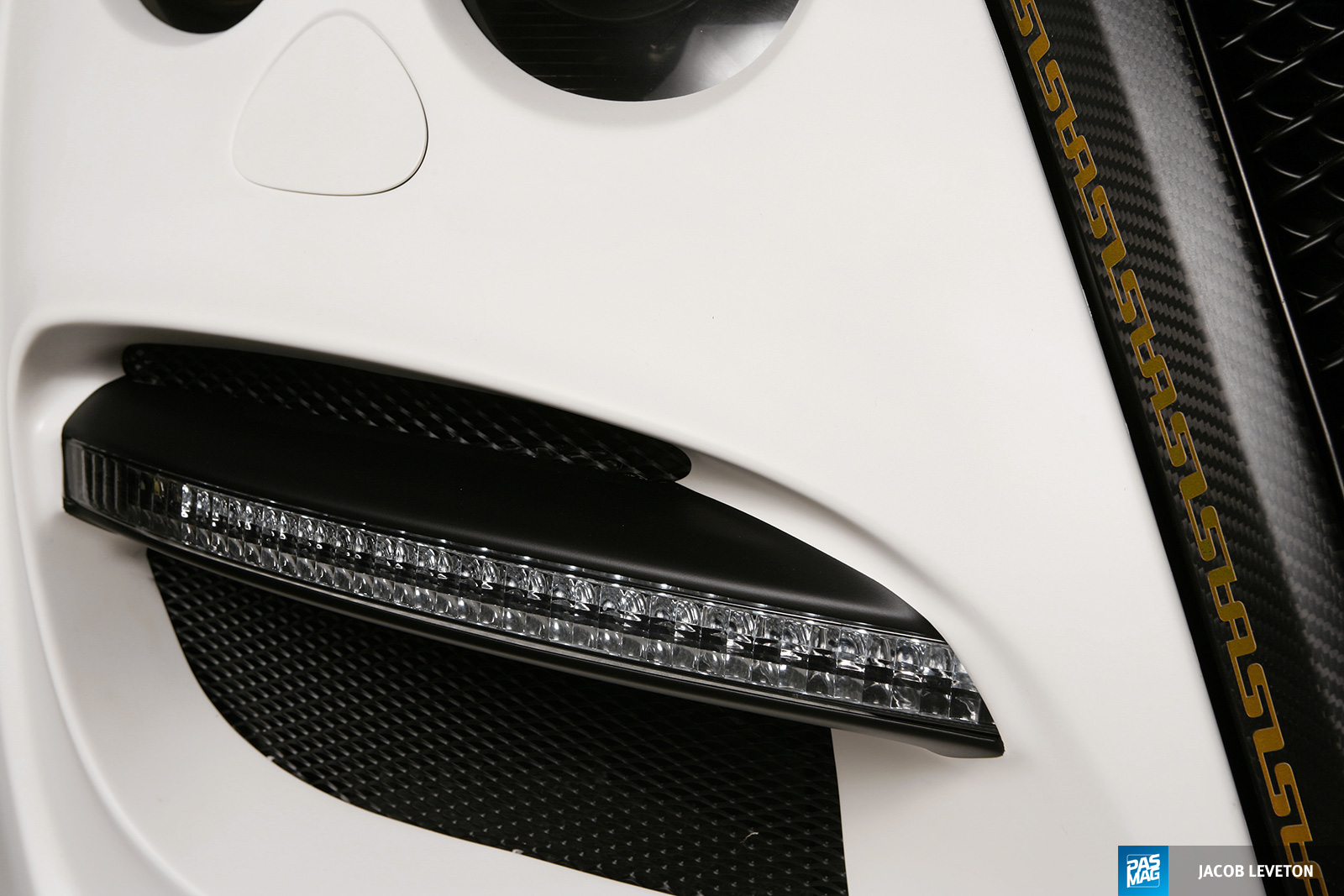 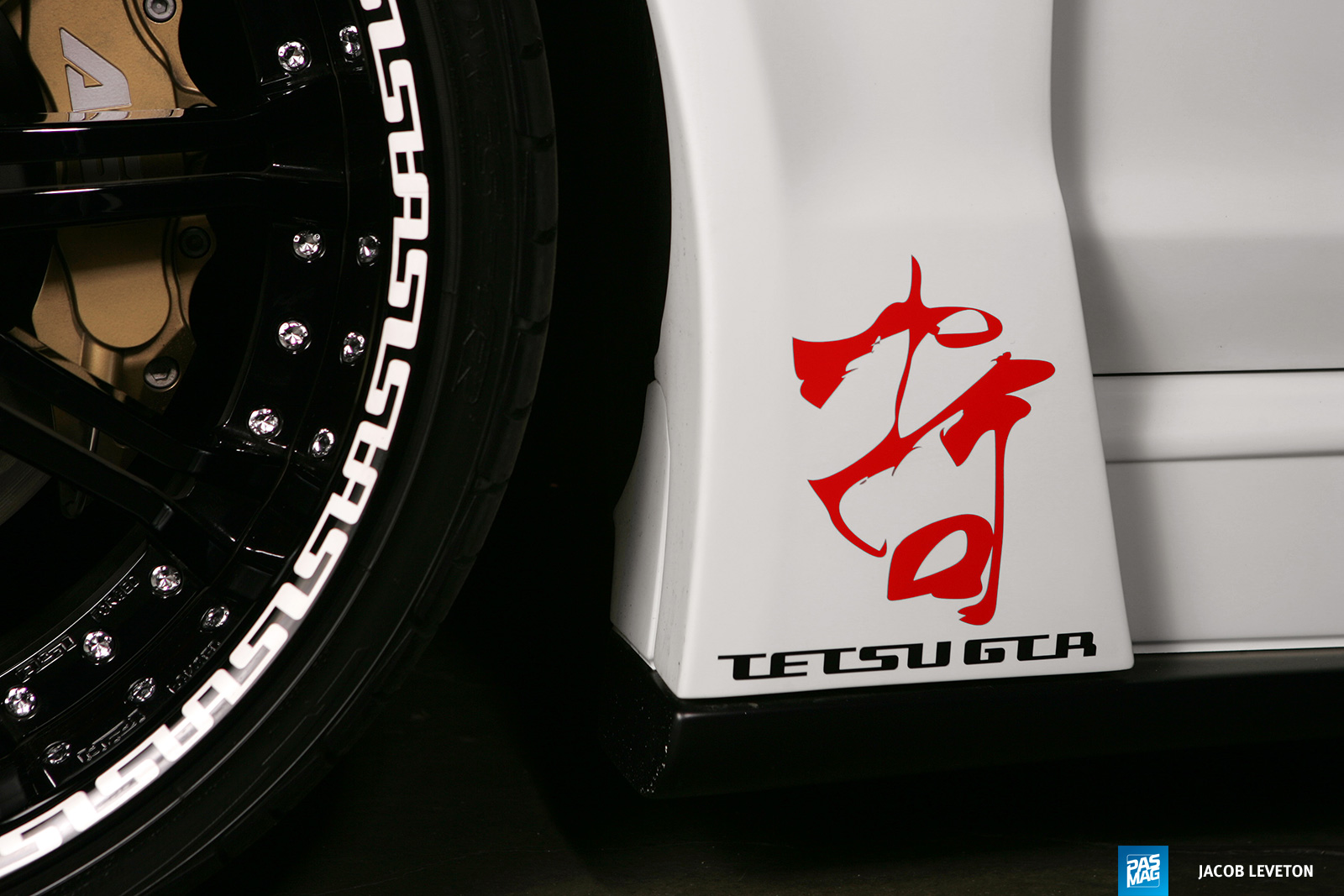 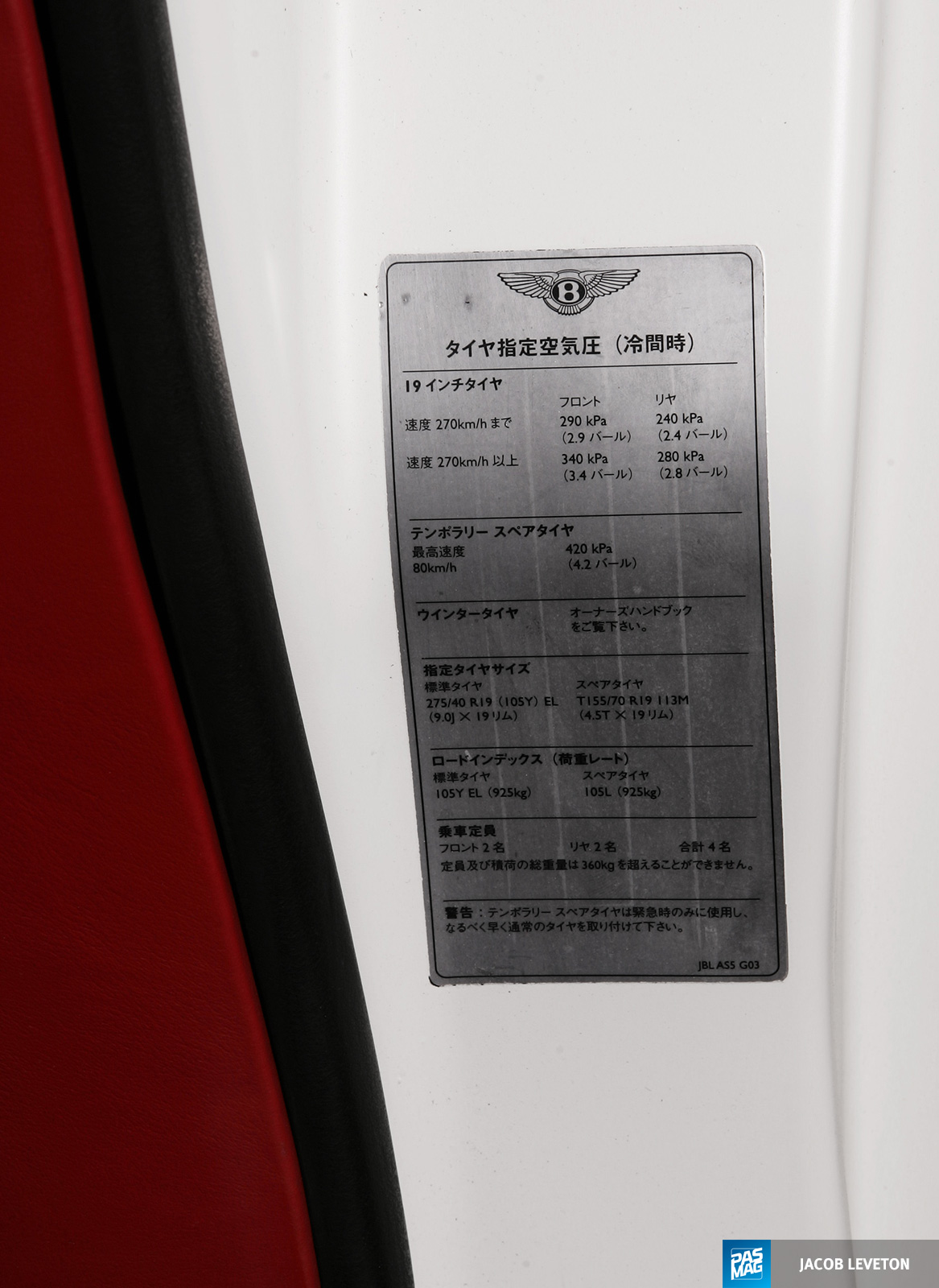 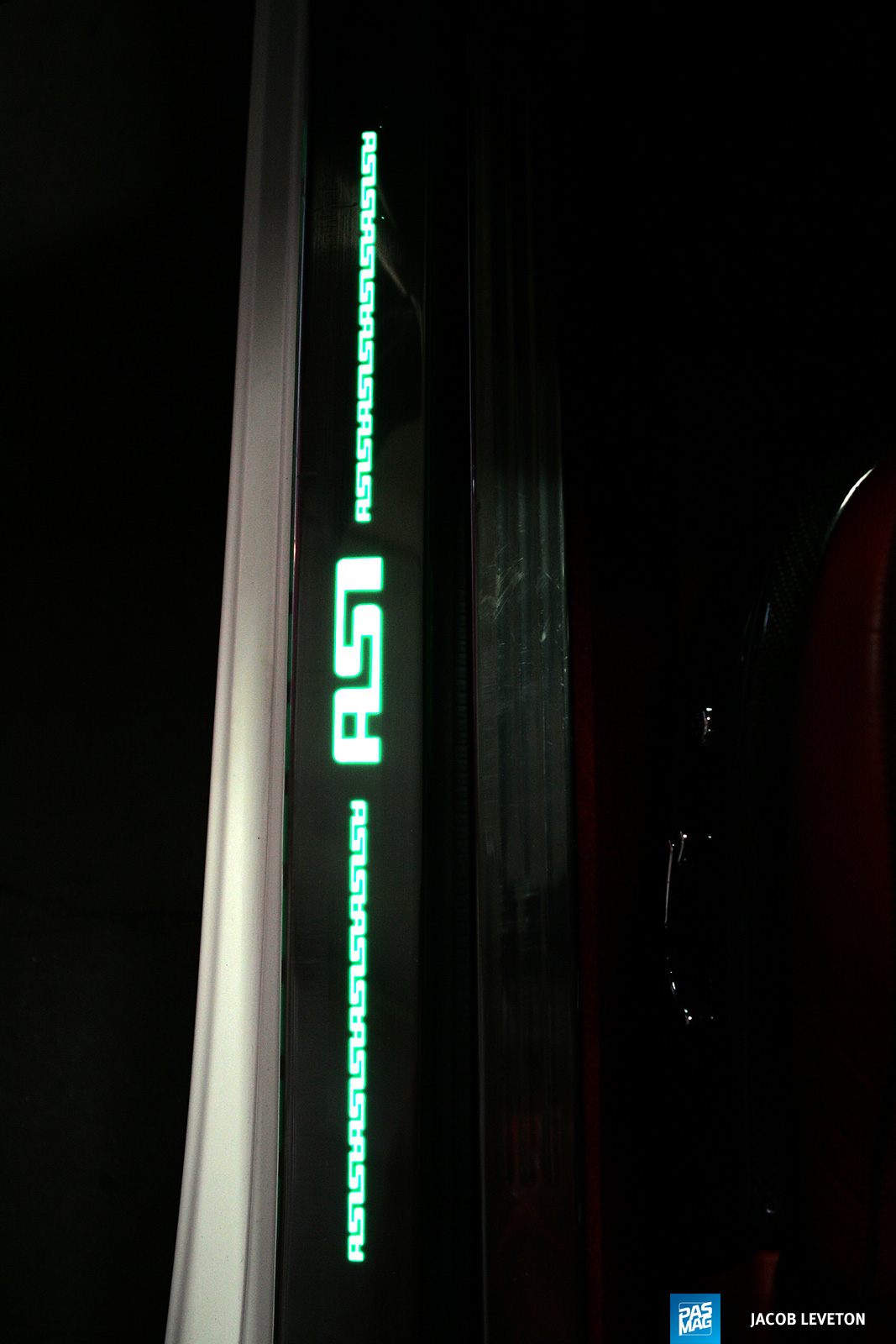 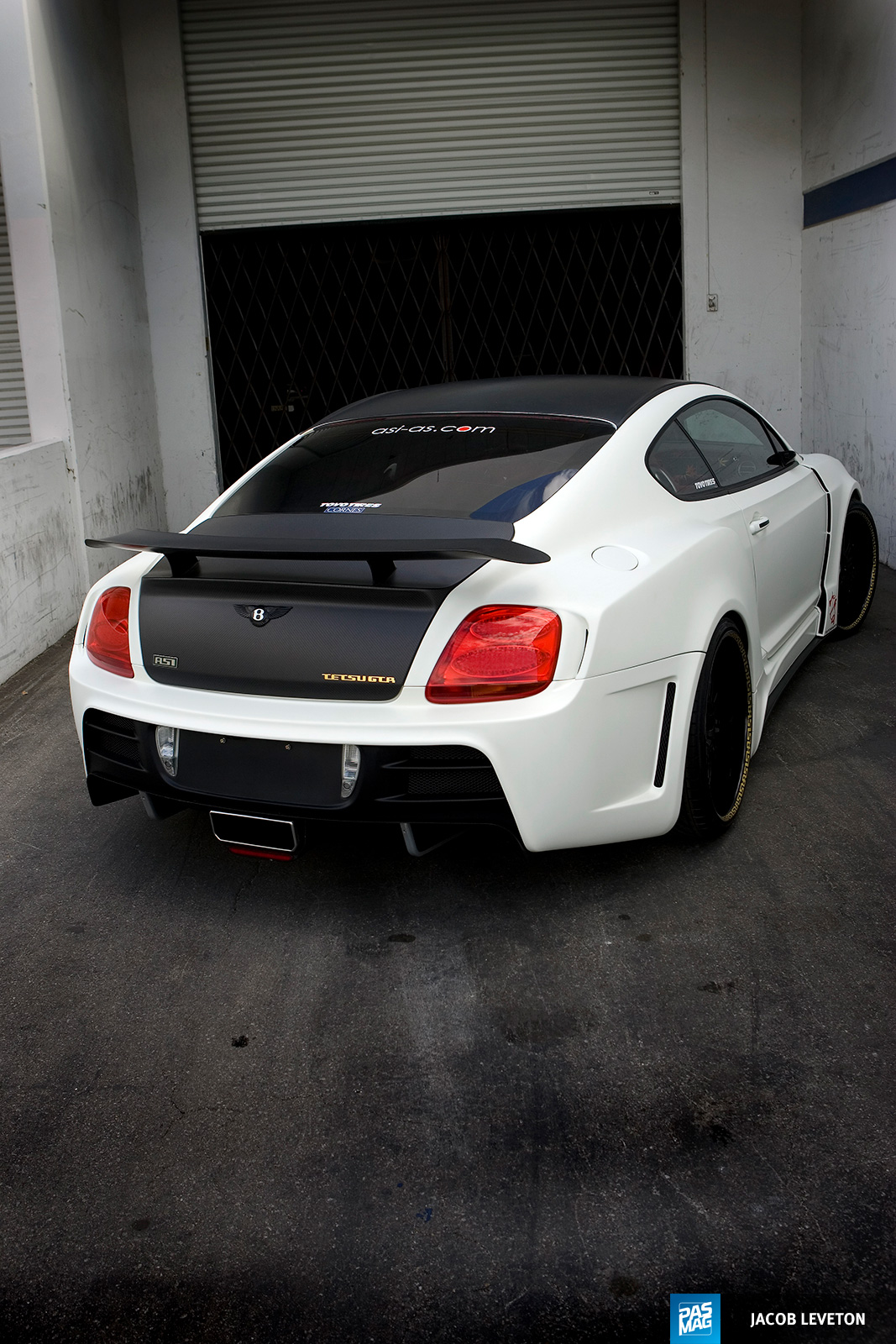