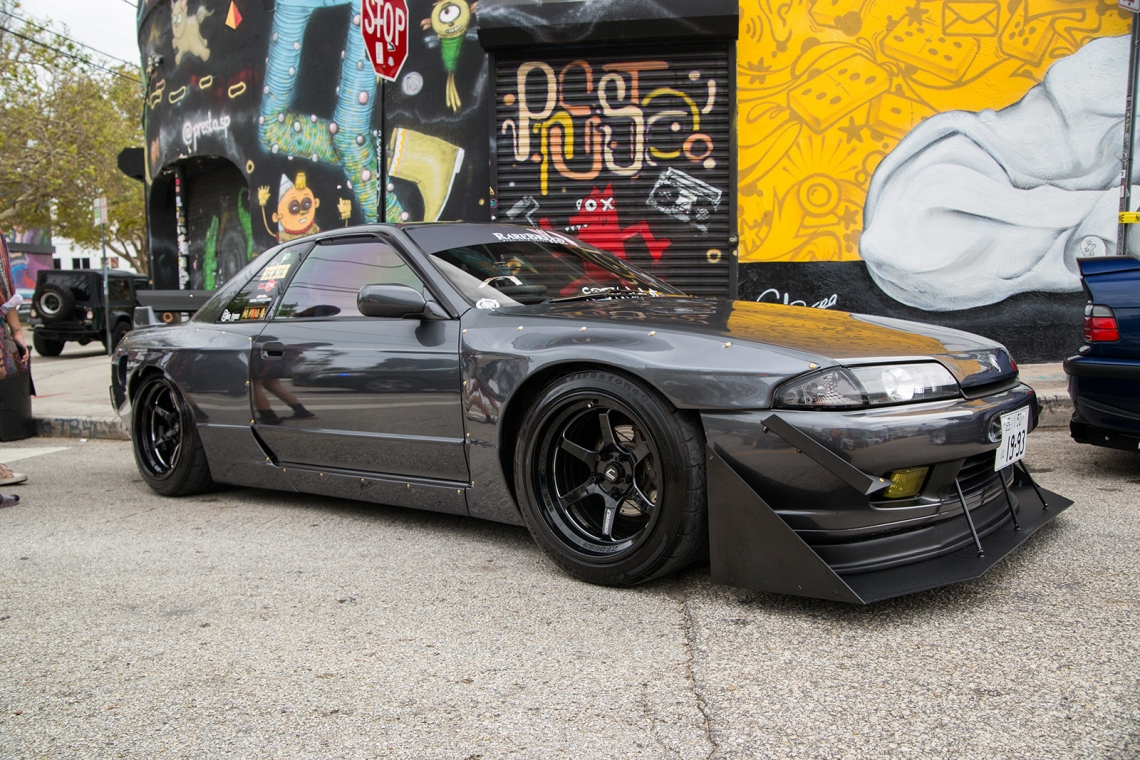 The word “creative” comes to mind when thinking about the Tuner Evolution staff’s planning process.

After checking the Tuner Evolution site for dates and locations, I noticed, and to my surprise, that the usual Daytona Beach, FL location wasn’t selected for their Florida tour stop. In fact, the formerly abandoned RC Cola Plant, an architectural mainstay of the Wynwood Arts District in Miami, would now be their new home on Saturday, April 20th. Revitalized as a prime event space, the venue signifies the expansion and possibilities of cultural growth, while preserving the character and history of a well-loved monument.

Our journey started with 10-hour drive from Lawrenceville, GA to Miami, FL on Thursday, April 18th with car-in-tow and fair-share of driving. On Friday, April 19th the Tuner Evolution media staff had a photo meet-up to go over the location and serve as a networking opportunity and to gather some photos. One block outside of the old RC Cola Plant would be used along 24th and 23rd streets, in addition to the inside the plant. Most of the time was spent outside getting venue, artwork and specific meet-up shots.

The Mana Wynwood Convention Center was used for staging the competition vehicles for roll-in prior to entering the show area. I arrived a little later than planned, and quickly joined the line and met up at the booth to get the vehicle check-in stickers and wristbands. There was a slight delay with wristbands running out for the next roll-in slot, but that was quickly resolved. If you were in the earlier roll-in your vehicle was parked and displayed inside the venue, but for later roll-in your vehicle was parked outside and at an angle.

Entrance into the venue was not fully utilized for space, but we came to know that half of the venue was under-construction. So with all the registered vehicles, the location worked well for indoor and outdoor, as planned. There was a small hiccup prior to the show opening; the fire marshal had to adjust cars on one of the streets for ambulance-travel to the entrance, but that was quickly resolved. 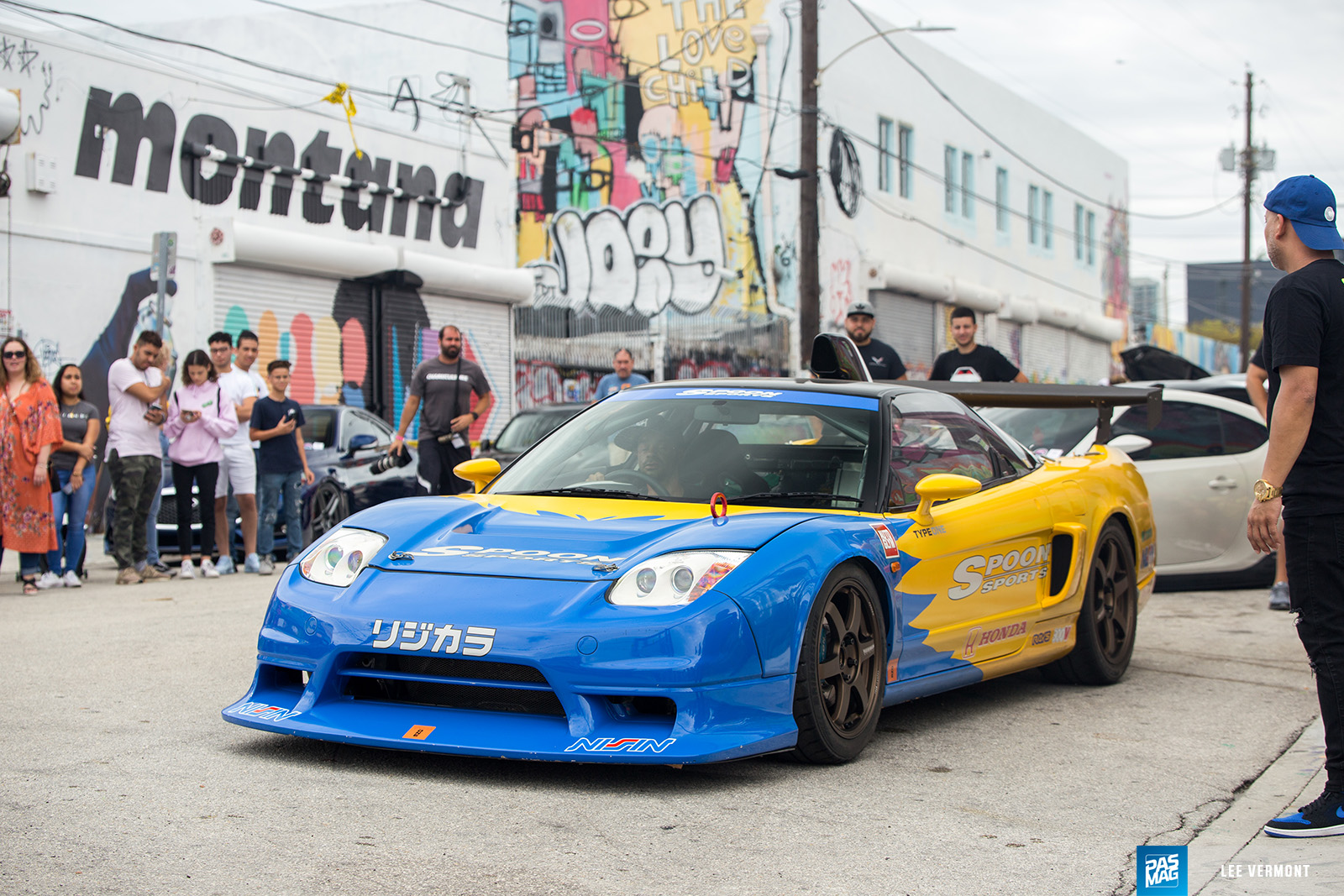 There was a slight slant for the cars to enter the show, and although this may not have been a problem for most vehicles, this caused an issue for one vehicle in particular. An NSX with Spoon race car livery had to park at the entrance, but made for great eye candy.

As stated earlier, the venue allowed for content creators (photographers and videographers) to get creative with their work. With the combination of the vast range of vehicles on display, art backdrops and beautiful weather, the show received a lot of (positive) attention.

The interior of the indoor section of the venue was home to a showcase of specifically-selected vehicles. There was a walled-area containing classic JDM and Euro cars, RWB Porsches, and a Mazda RX-7. The RWB “Carolina” Porsche was actually the first one Nakai completed in the USA. During the Q&A, I asked and found out that the car was the only RWB built with its original (silver) color, while the other RWB Porsches have a unique color. Additionally, the car was named “Carolina” by Nakai because the car had Carolina plates. Coincidentally, the owner's mother is also named Carolina. The soft-top was converted to red, with her input. 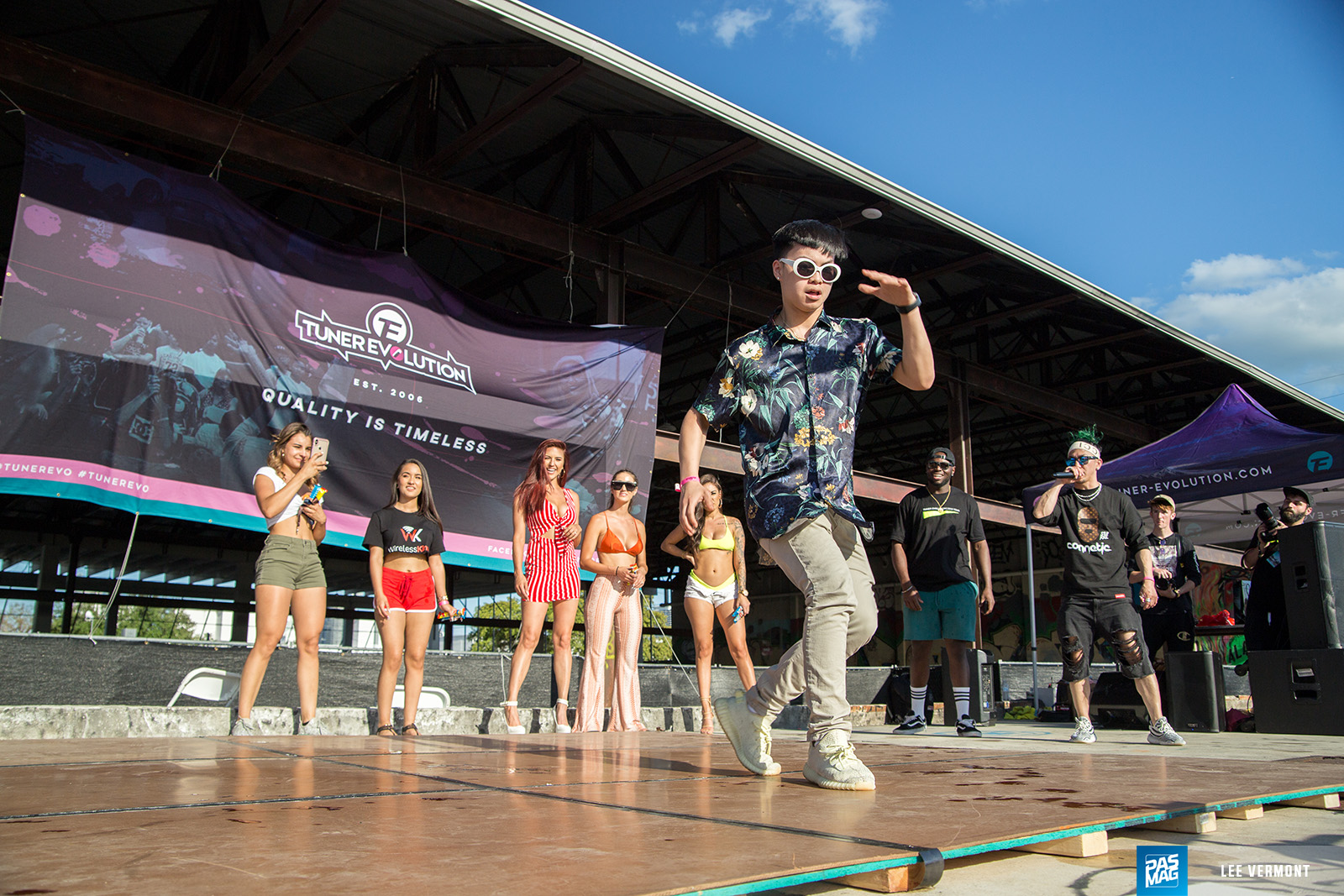 Bear Dellinger hosted the show and kept the show moving to the different scheduled events:

The car show judging had a different format, with only the “Best of” categories. Only a few award categories had sub-categories, like the Honda group.

The show wrapped-up with awards and roll-out. All in all, it was a great event; an absolutely great location and scenery in the Wynwood Arts District and a definite must-attend event. Jay Martinez, Tuner Evolution’s owner, indicated that next year’s show will have more space with the completion of construction and a covered area. It was a great event for families and enthusiasts over the Easter holiday weekend. I'm looking forward to next year! 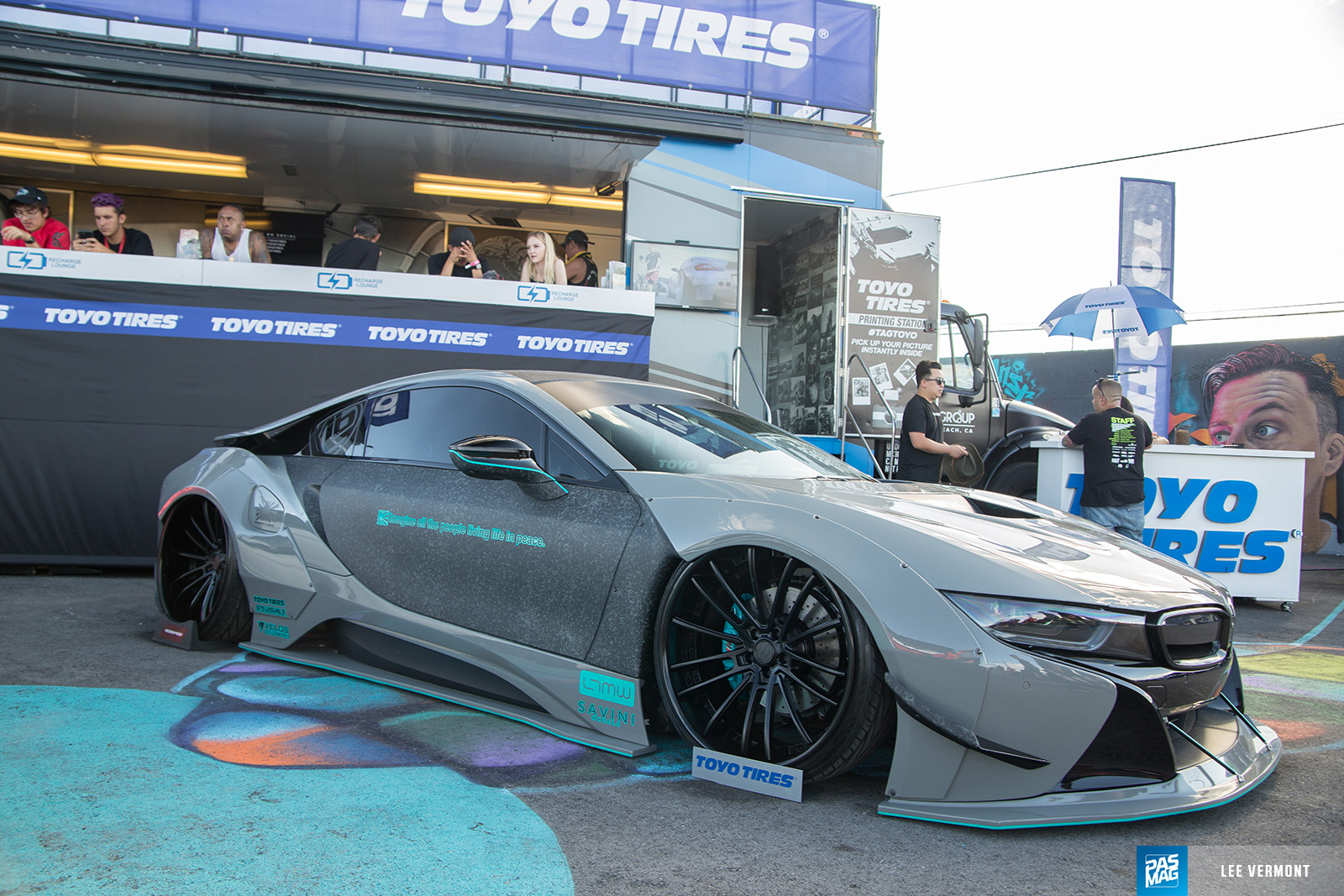